A very rare example of a Chinese duǎndāo (短刀) with a downward curving grip. Such swords are seen on some artwork of the 17th and 18th centuries but are rarely encountered among antiques.

Built around a straight blade that flares out somewhat near the tip, it is of construction typical of Chinese arms with a high-carbon steel edge plate between forge folded layers of lower carbon steel for resilience. The supporting layers have the grainy structure that is typical of the use of straw-ash flux. The edge shows various signs of repeated sharpening, primarily near the base.

The guard is an oval iron plate with raised rim and traces of a black finish, possibly lacquer. Under the guard is a rather thick ferrule that is raised above the handle surface considerably, a stylistic element also seen on late 17th to early 18th-century fangshi sabers.

The blade's tang is shaped in the form of the downward curving grip, with wooden grip scales riveted on either side. There is a lanyard hole just under the center of the grip. This relatively high placement of the lanyard hole is again a reference to earlier arms manufacture, it is for example also seen on Ming jian hilts.

The pommel end is a flat iron plate, capped with a copper dome. Hilt is tight, but there is some movement in the guard. 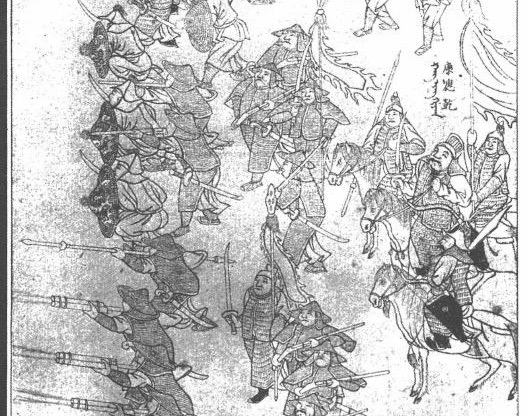 Ming commander Kang Yingqian fighting the Jurchen. Notice the sabers of two men in the middle.
From the Veritable Records. 17th century. 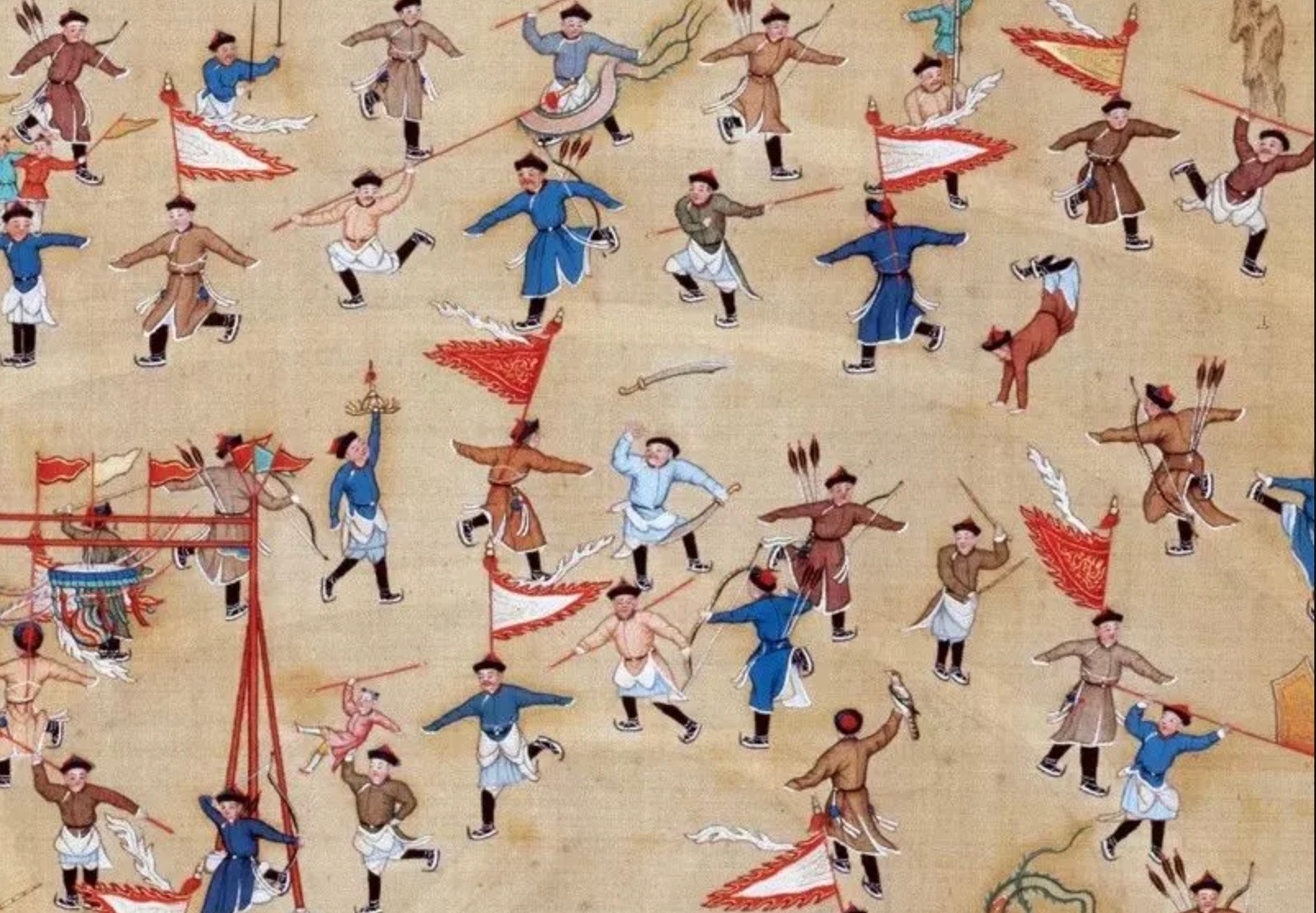 The shape reminds of the Mughal jade grips popular on daggers from the 17th-century onwards. More research is needed, but I think there is a possibility that the Chinese may have initially inspired this form. The Qianlong emperor was crazy about such Mughal jade hilts which he imported many of them, which he ordered his imperial workshops to put on Chinese daggers and sabers. He was a collector of swords and a student of Chinese history, and it could well be that those hilts reminded him of earlier Chinese styles.

An interesting duǎndāo with a pistol-shaped hilt that appears primarily on artwork from the mid 17th to the mid 18th century. The rarity of this form among antiques today seems to confirm they fell out of use long ago, and therefore few survived. Only about a handful of examples of this hilt style are known to me, all in private collections and none were ever published. 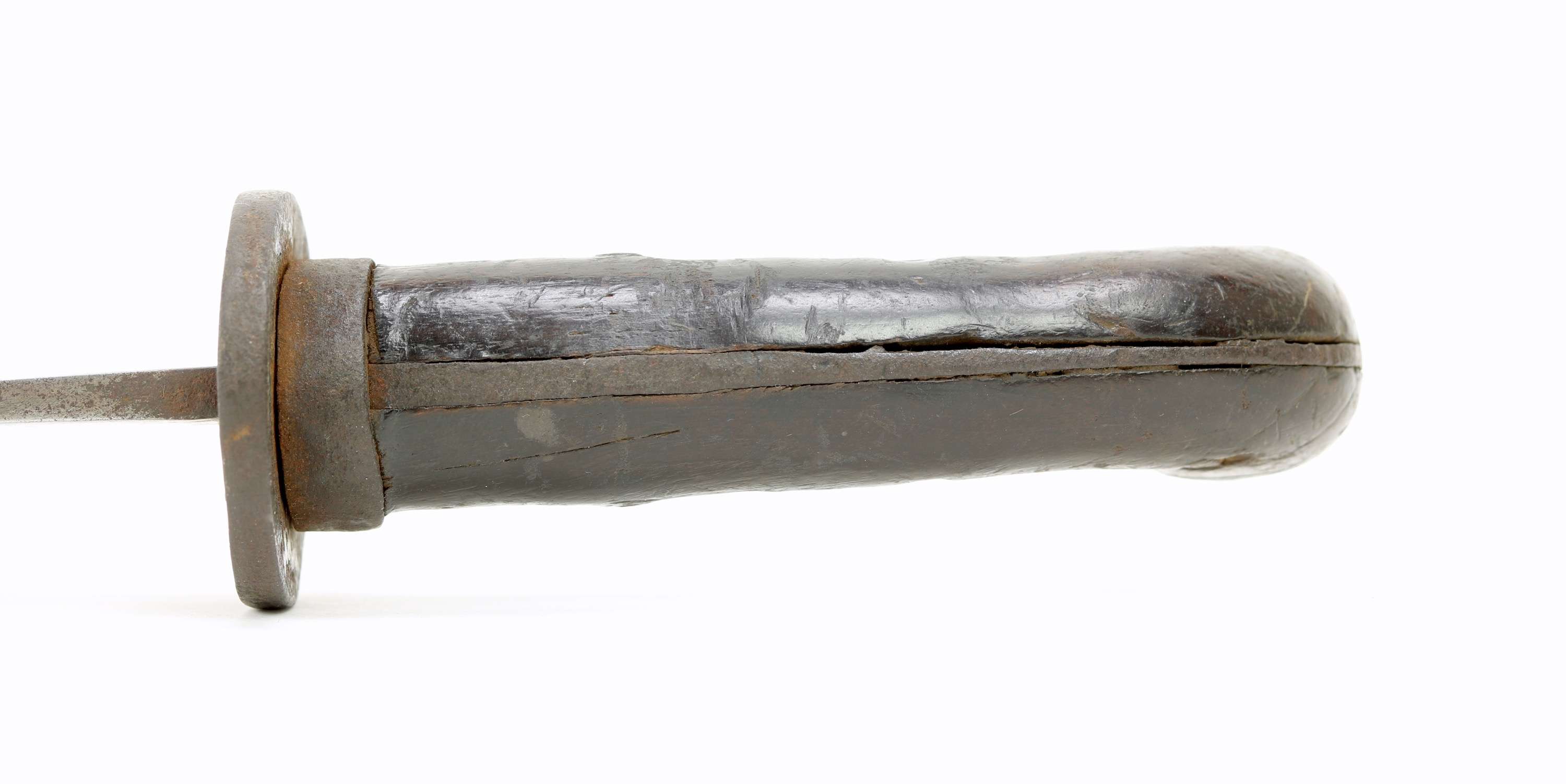 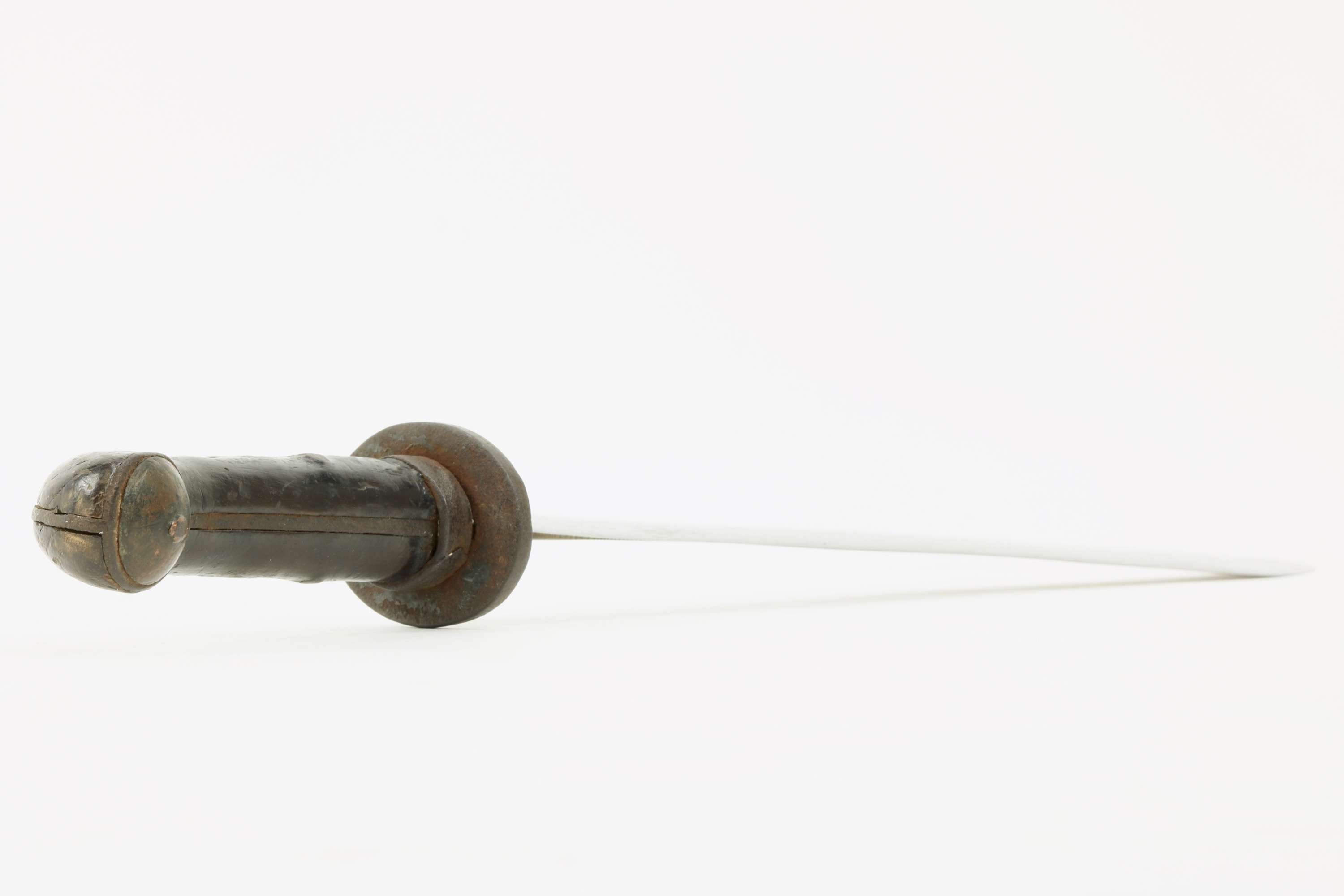 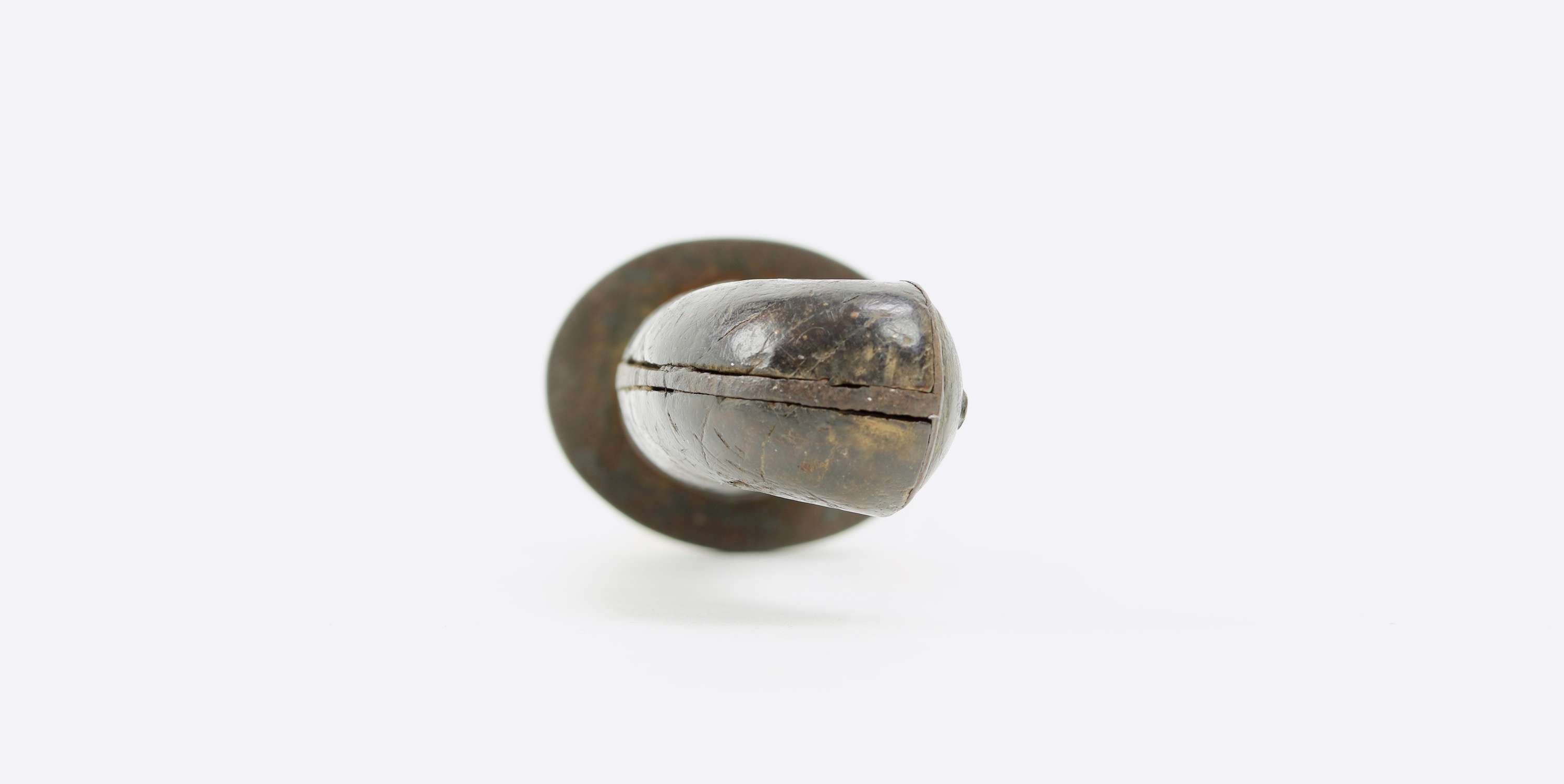 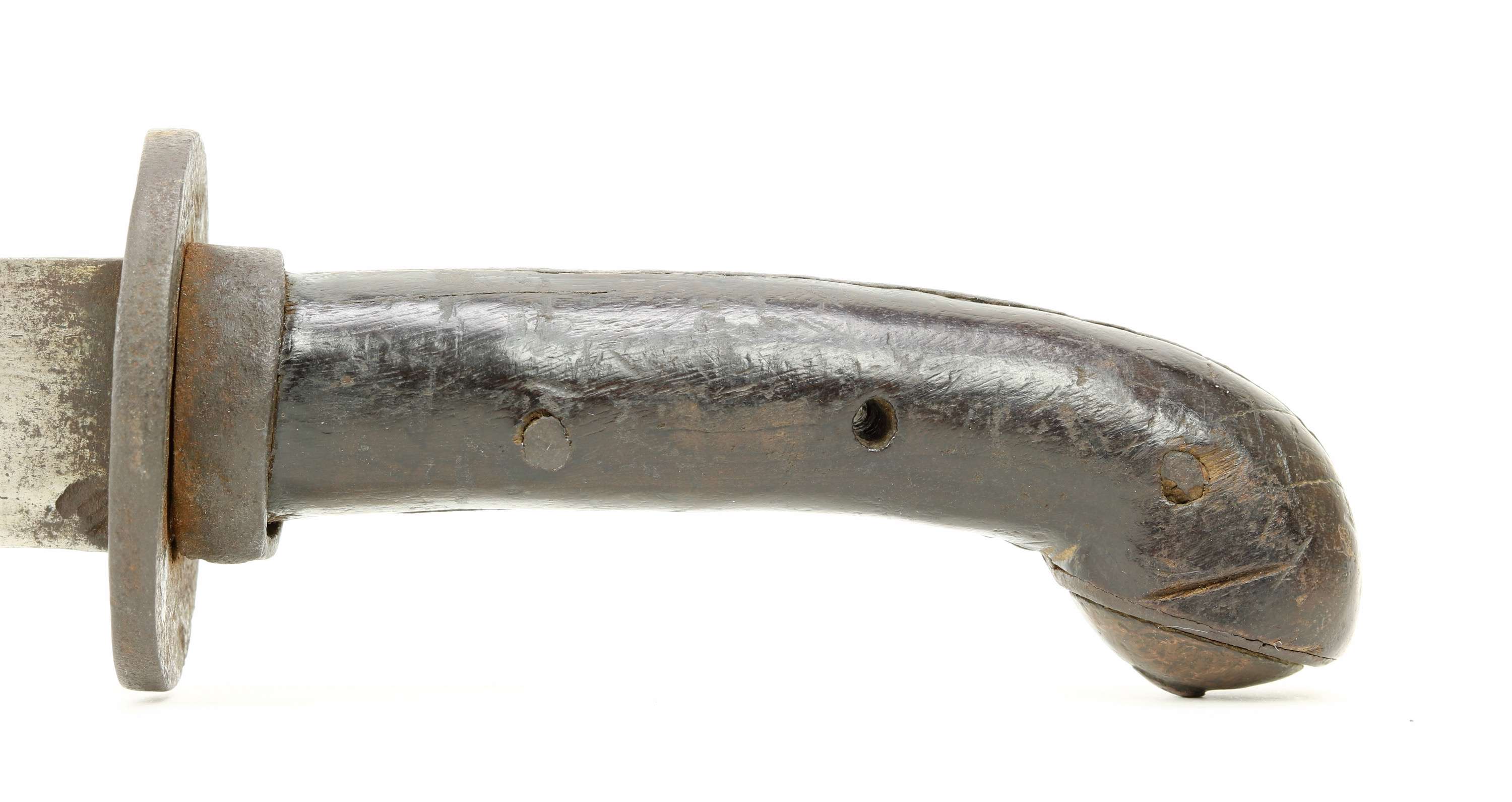