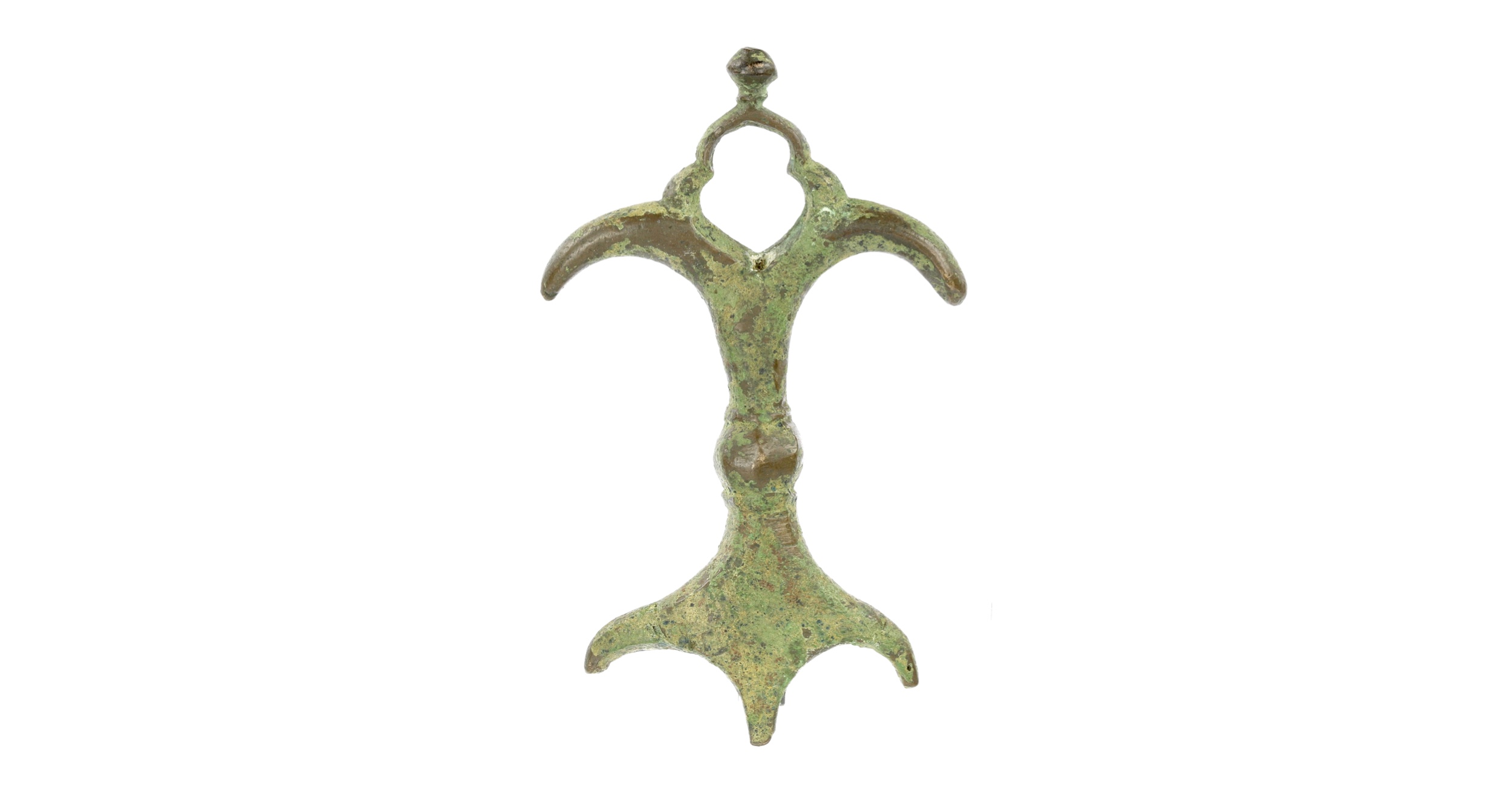 The chilanum is a graceful Indian dagger with a characteristic sculptural split hilt that enjoyed a peak of popularity in the 16th and 17th centuries.

Some in-between examples suggest that the khanjarli of the 17th and 18th centuries were the final stage of development of this type of dagger.

Where the design came from is less well-known. Every once in awhile, something interesting turns up...

An old bronze hilt of chilanum style. It has the characteristic stem-like grip with a thickening in the middle. The top splits and forms two arches. The pommel piece is an open structure with a finial on top. It reminds vaguely of open pommels on some earlier Chinese jian.

The lower section widens and splits into three, and in that sense reminds somewhat of a similar feature on Persian swords.

A hilt that is nearly identical to ours, also made entirely of brass, is published by Robert Hales.1 It is engraved and has dragon heads on the end of each quillon, seemingly confirming my Persian inspired suspicions. 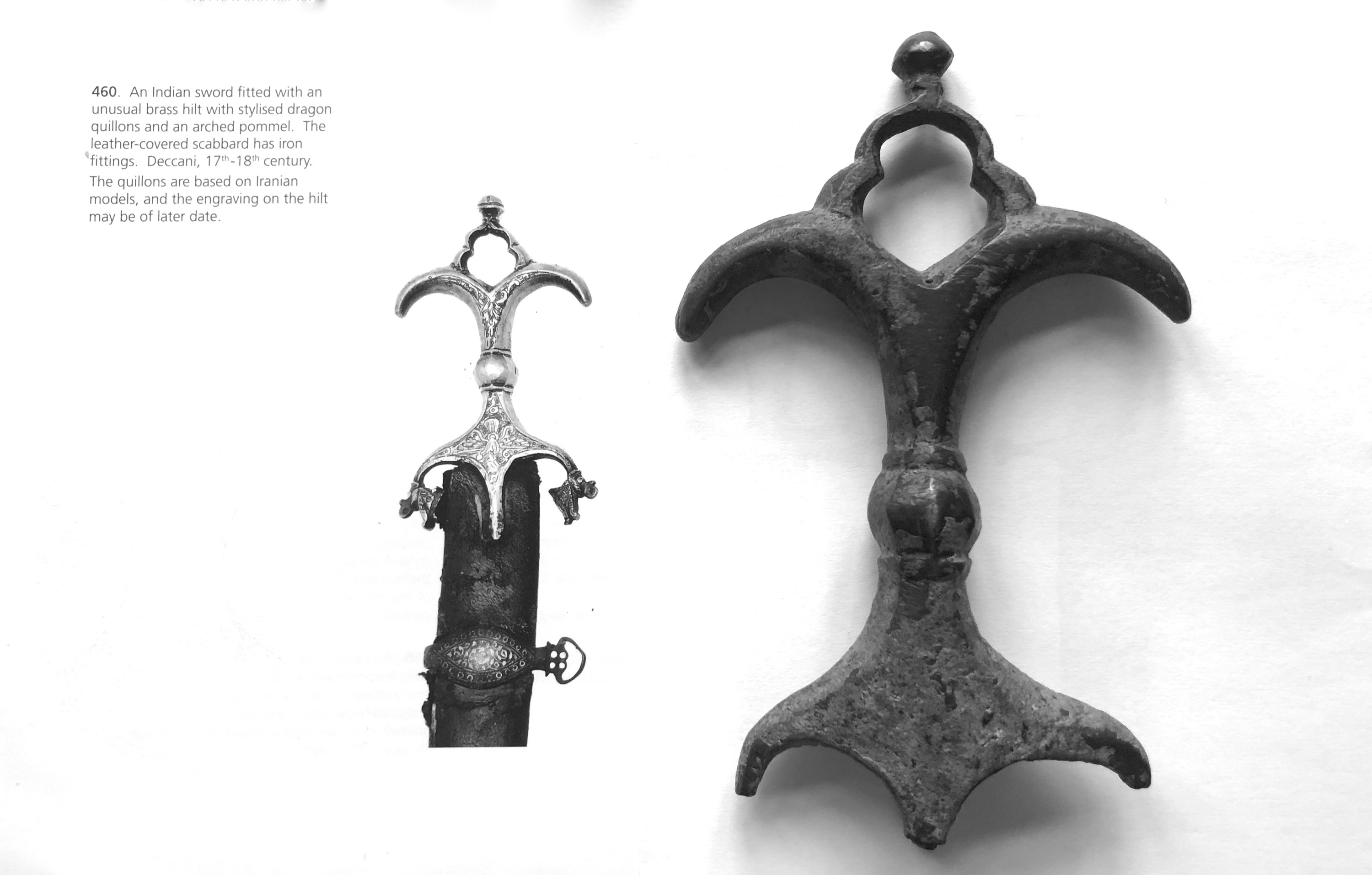 Our hilt laid on a page of Hales' Islamic and Oriental Arms and Armour. 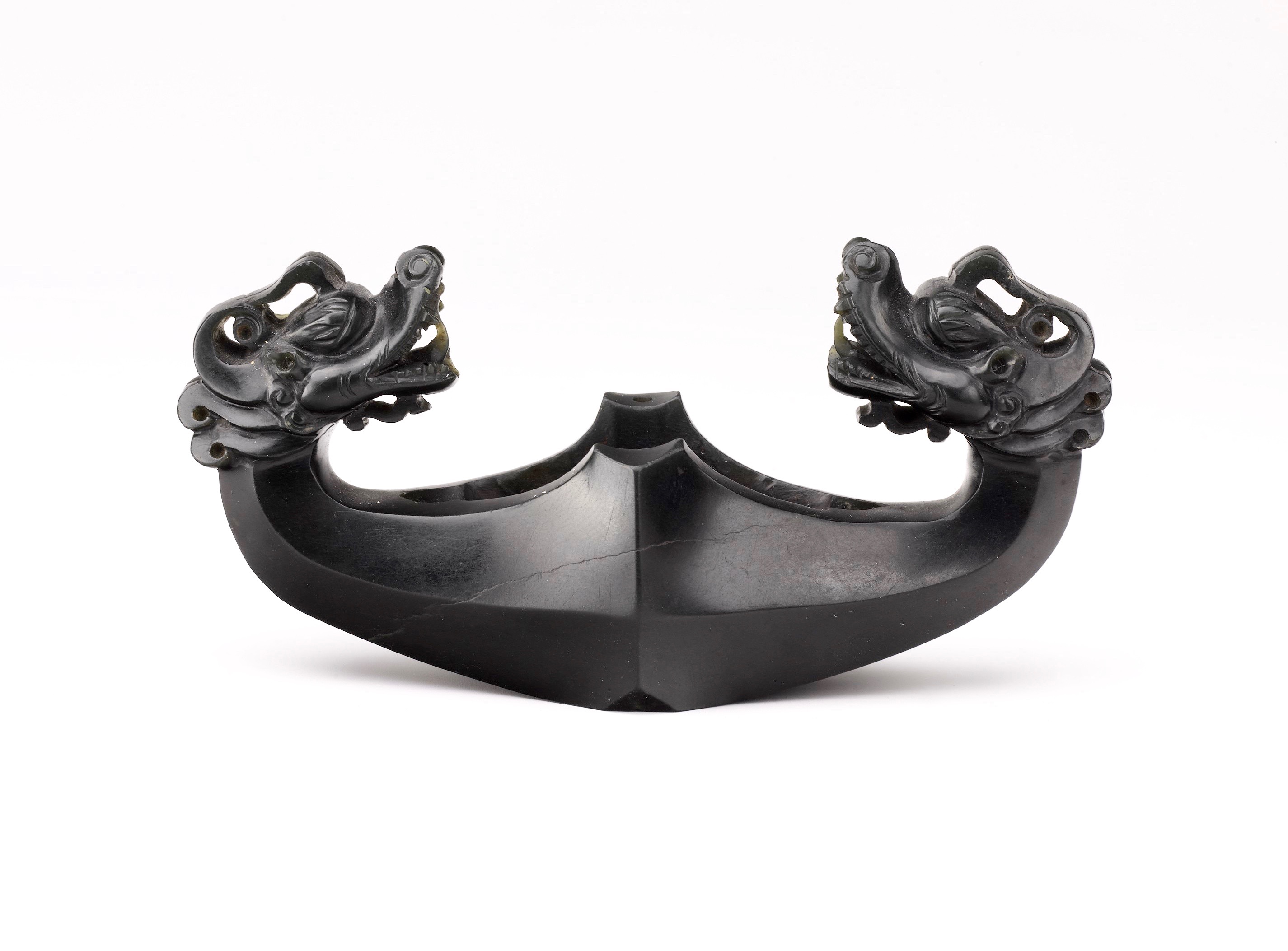 And something that was continued on Persian and Afghan swords up to the 19th century: 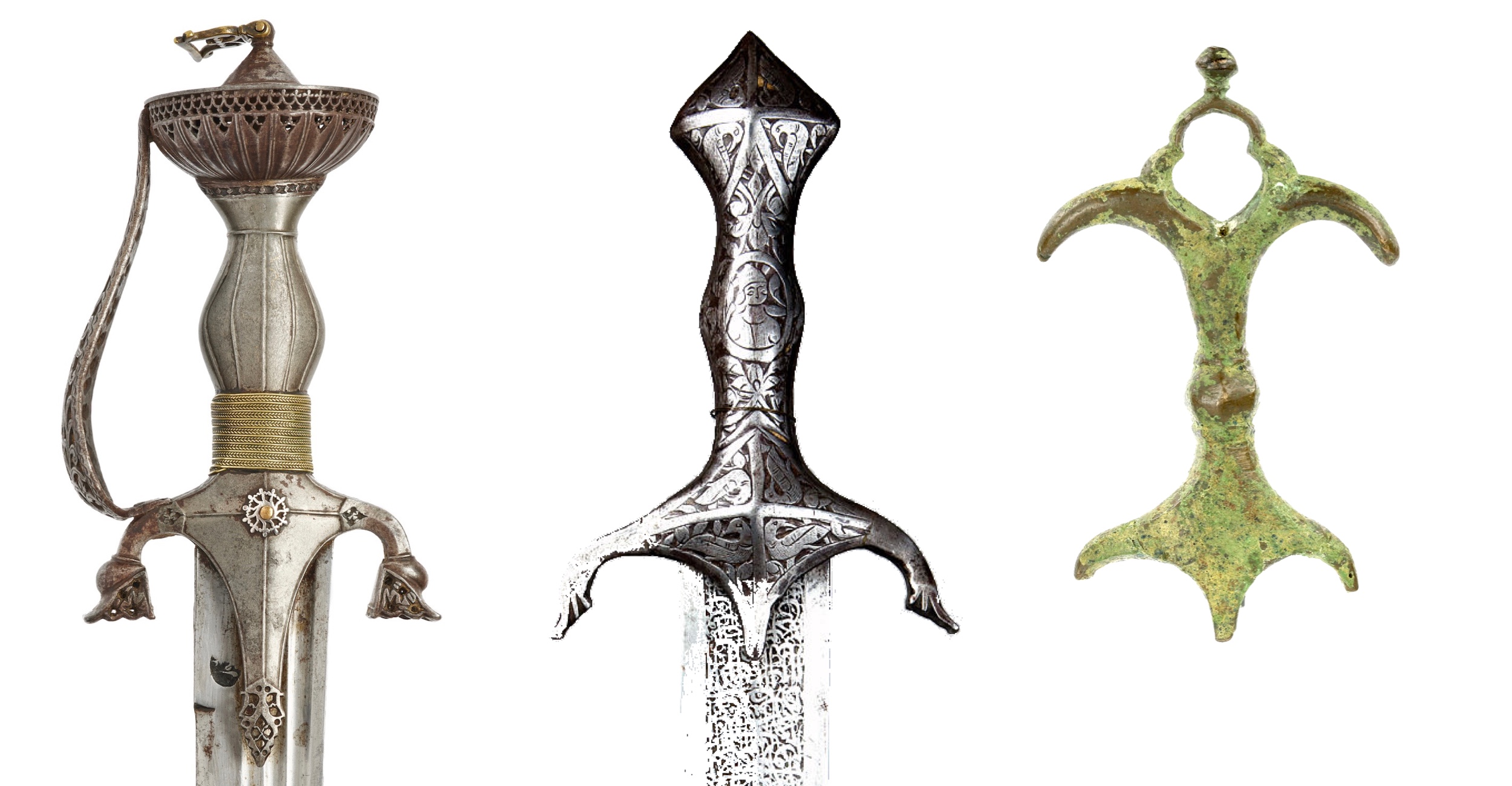 While the chilanum is mainly associated with the Deccan and South India, I have always found it notable that Babur and his retinue is seen wearing them on many occasions in the Bāburnāma of 1589-1590.2 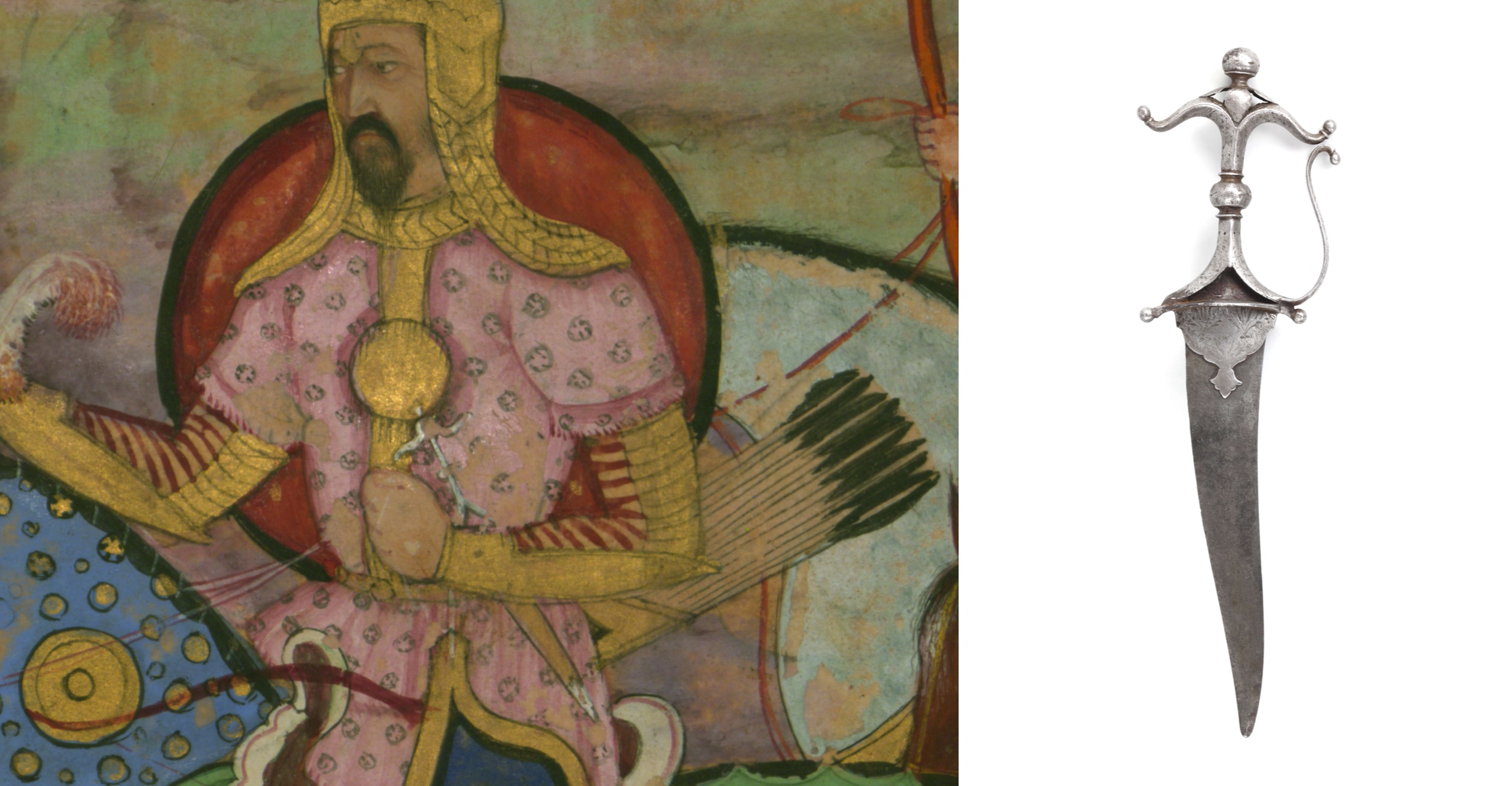 Could it be that the chilanum has northern origins after-all? Perhaps this humble bronze hilt is a link between the Persian / Timurid hilts and the later Deccan chilanum.

In excavated condition with thick natural patina. The bronze is still exposed here and there, showing the original tool marks.

An interesting old bronze hilt that really got me thinking. It is my hope that it will find a good collection where it will be subject of more contemplations on the origin of the chilanum.

Notes
1. Robert Hales; Islamic and Oriental Arms and Armour: A Lifetime's Passion, Robert Hales C. I. Ltd., Guernsey, UK, 2013. Page 192, number 460.
2. Bāburnāma (بابر نامہ‎;) literally: "History of Babur" or "Letters of Babur"; the memoirs of Ẓahīr-ud-Dīn Muhammad Bābur (1483–1530), founder of the Mughal Empire, and a great-great-great-grandson of Tamerlane. I consulted the surviving folios in the Walters Art Collection. 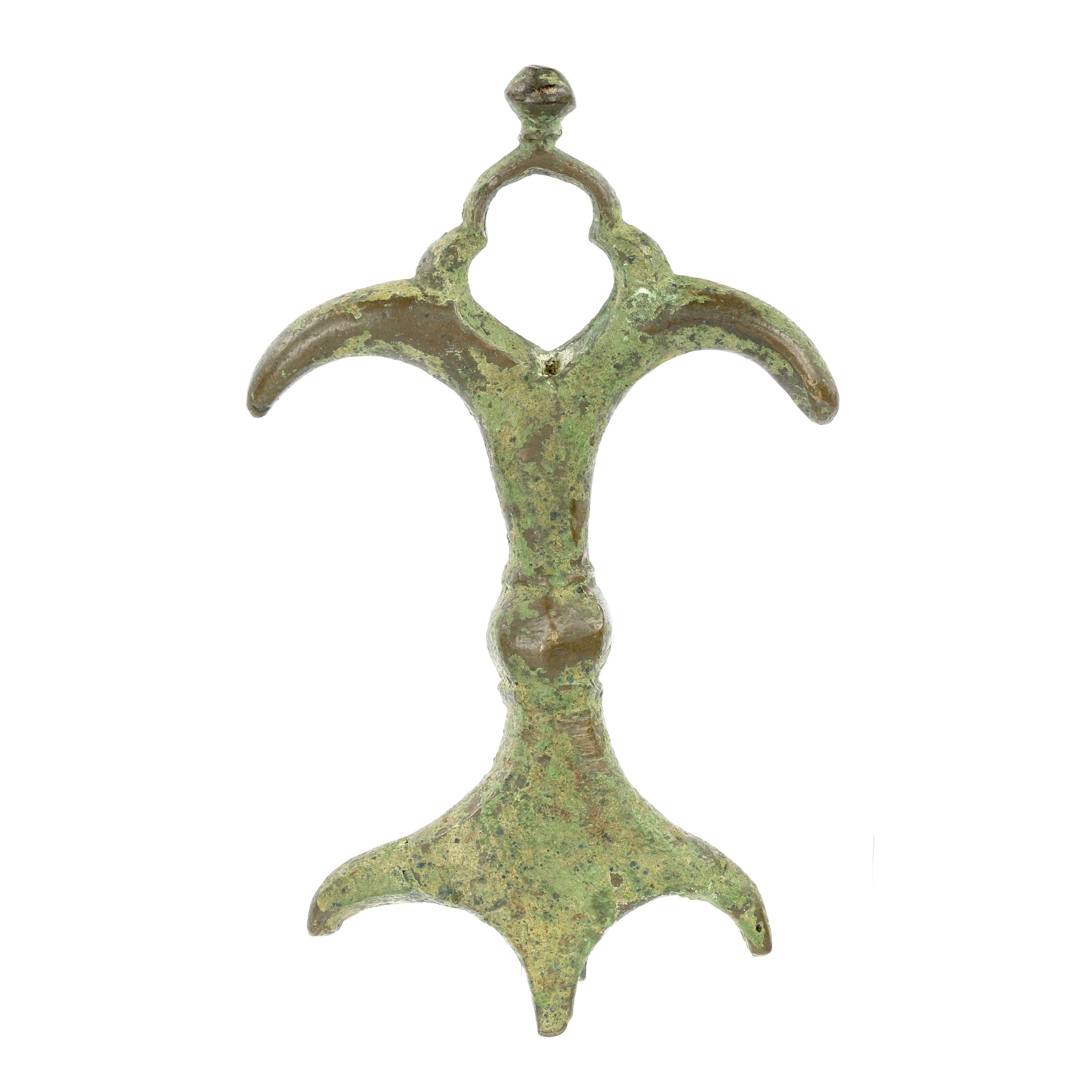 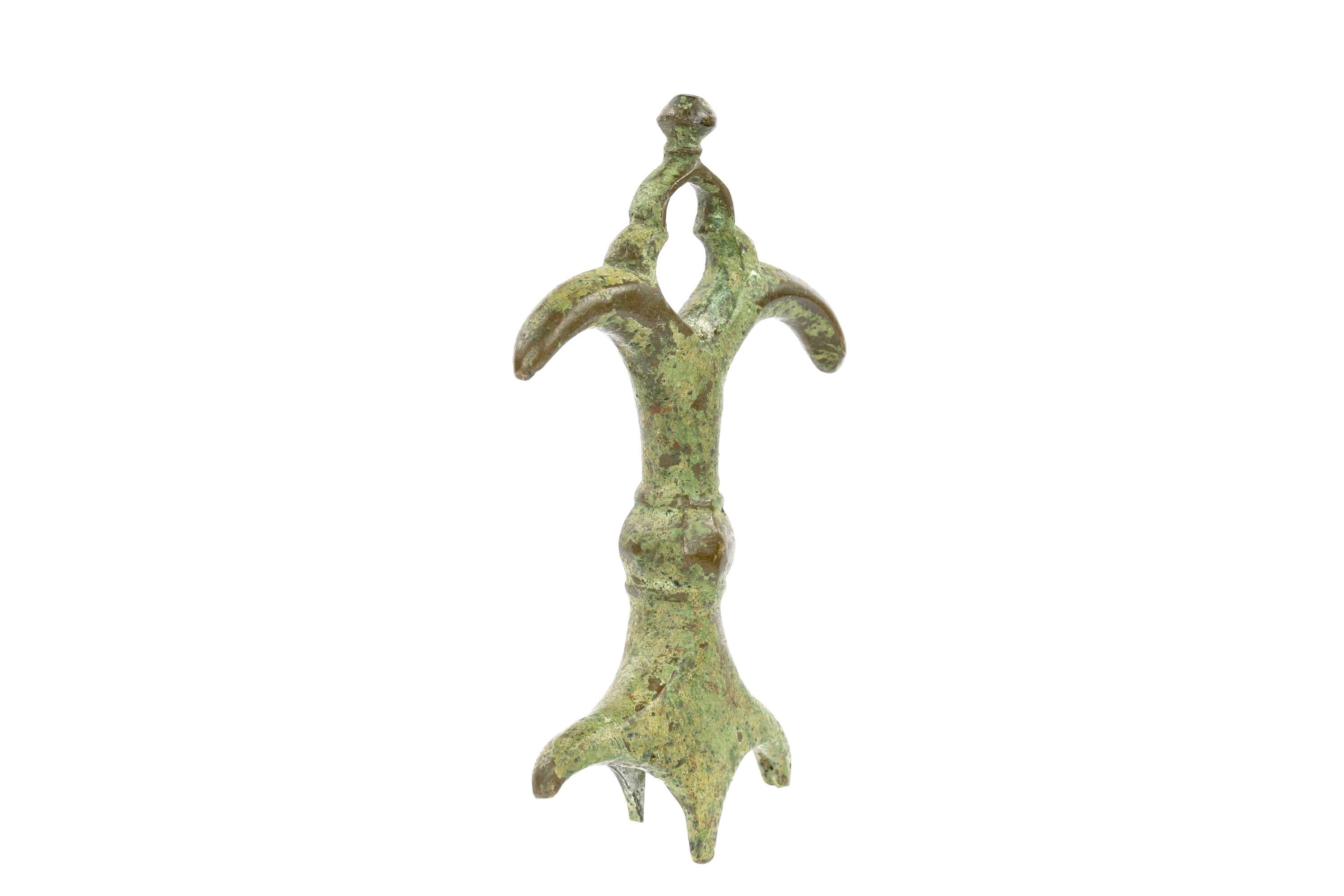 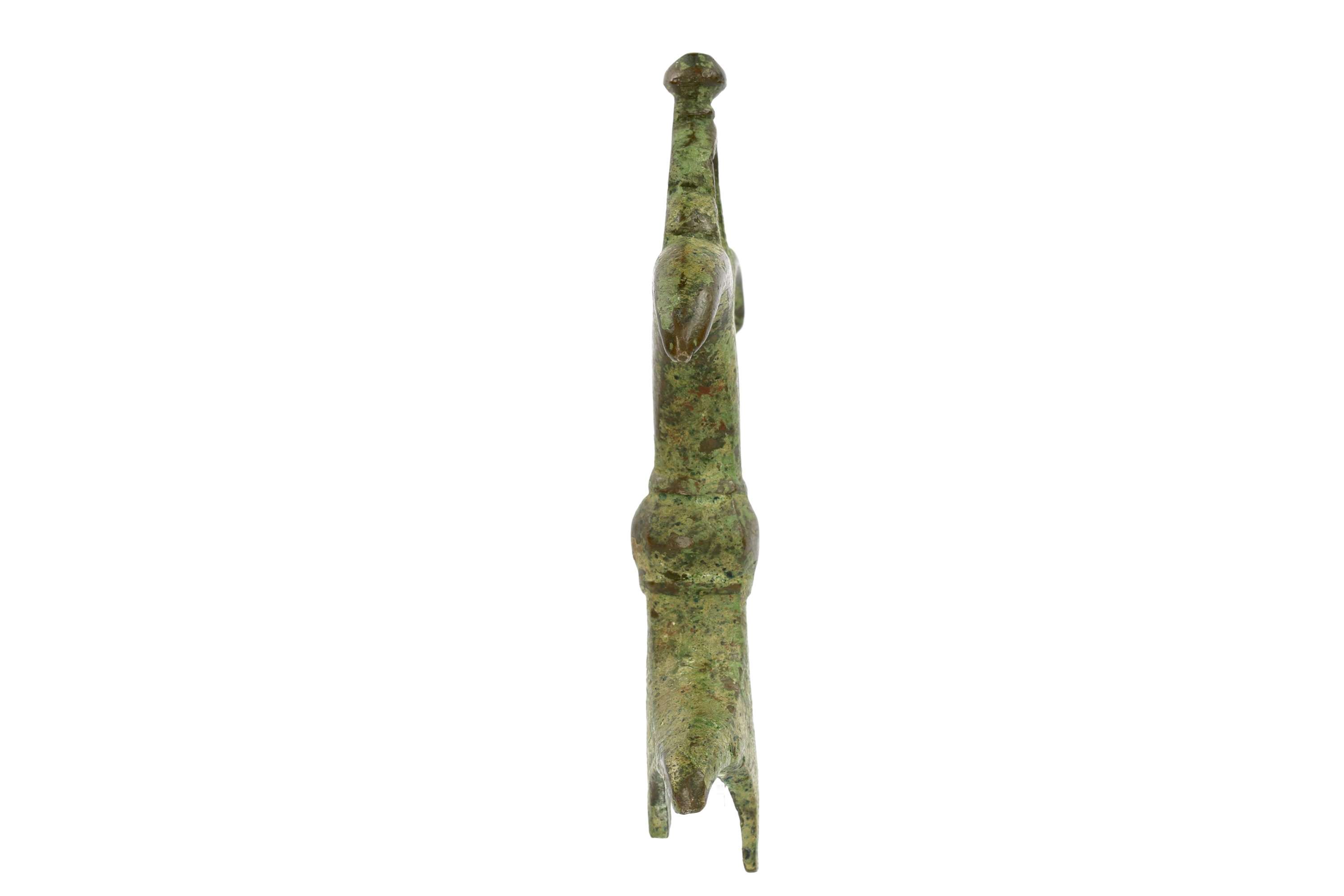 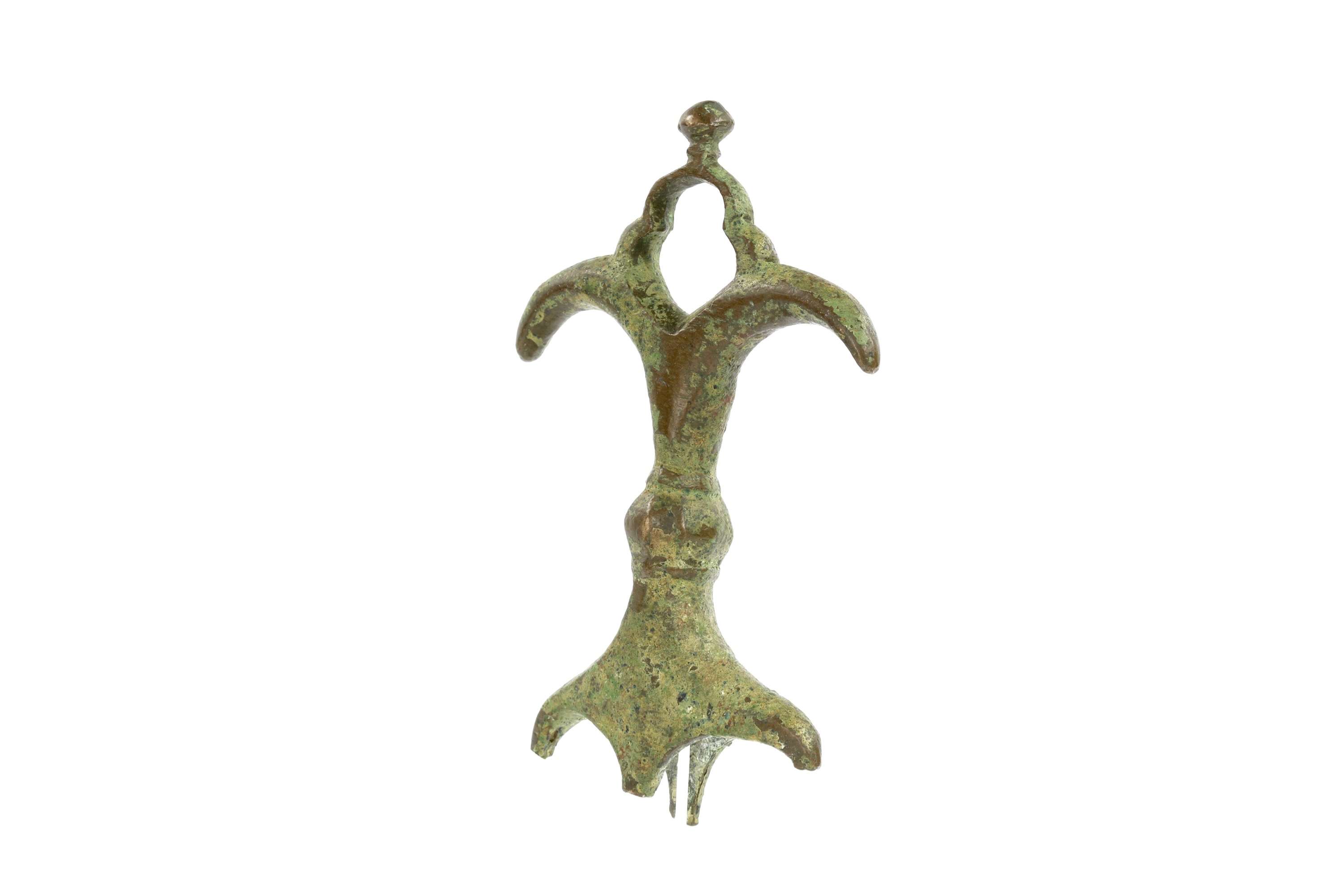 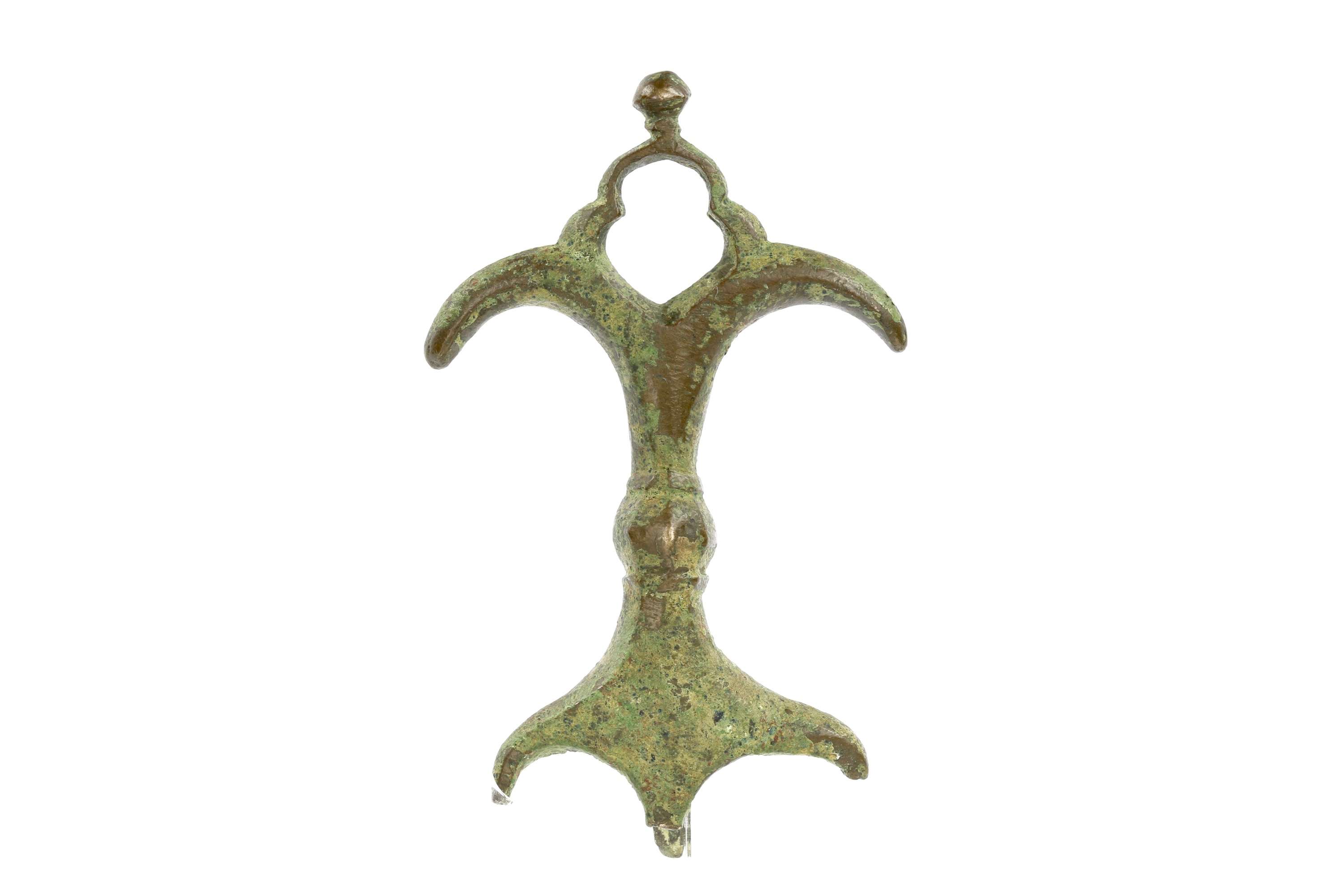 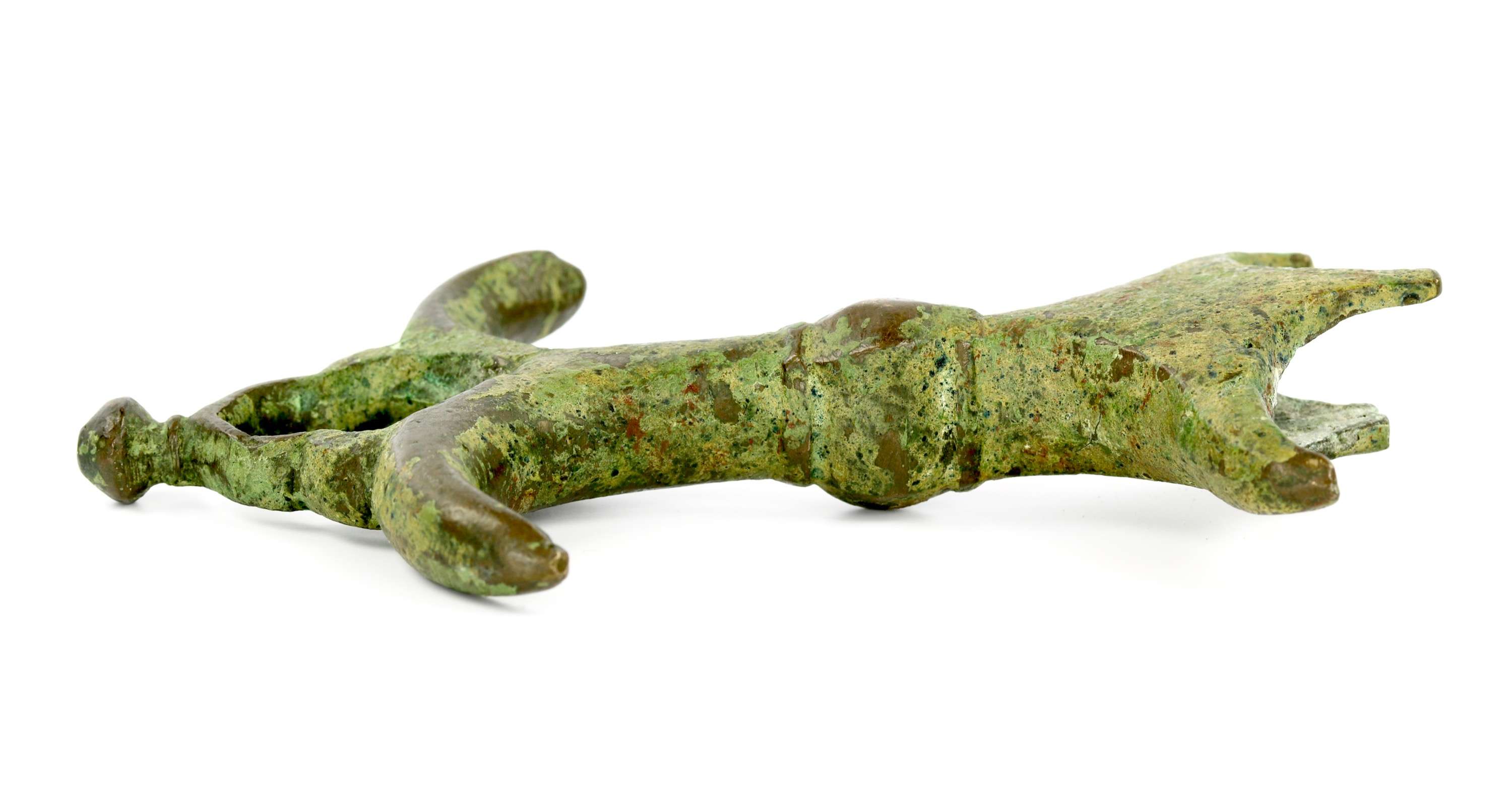 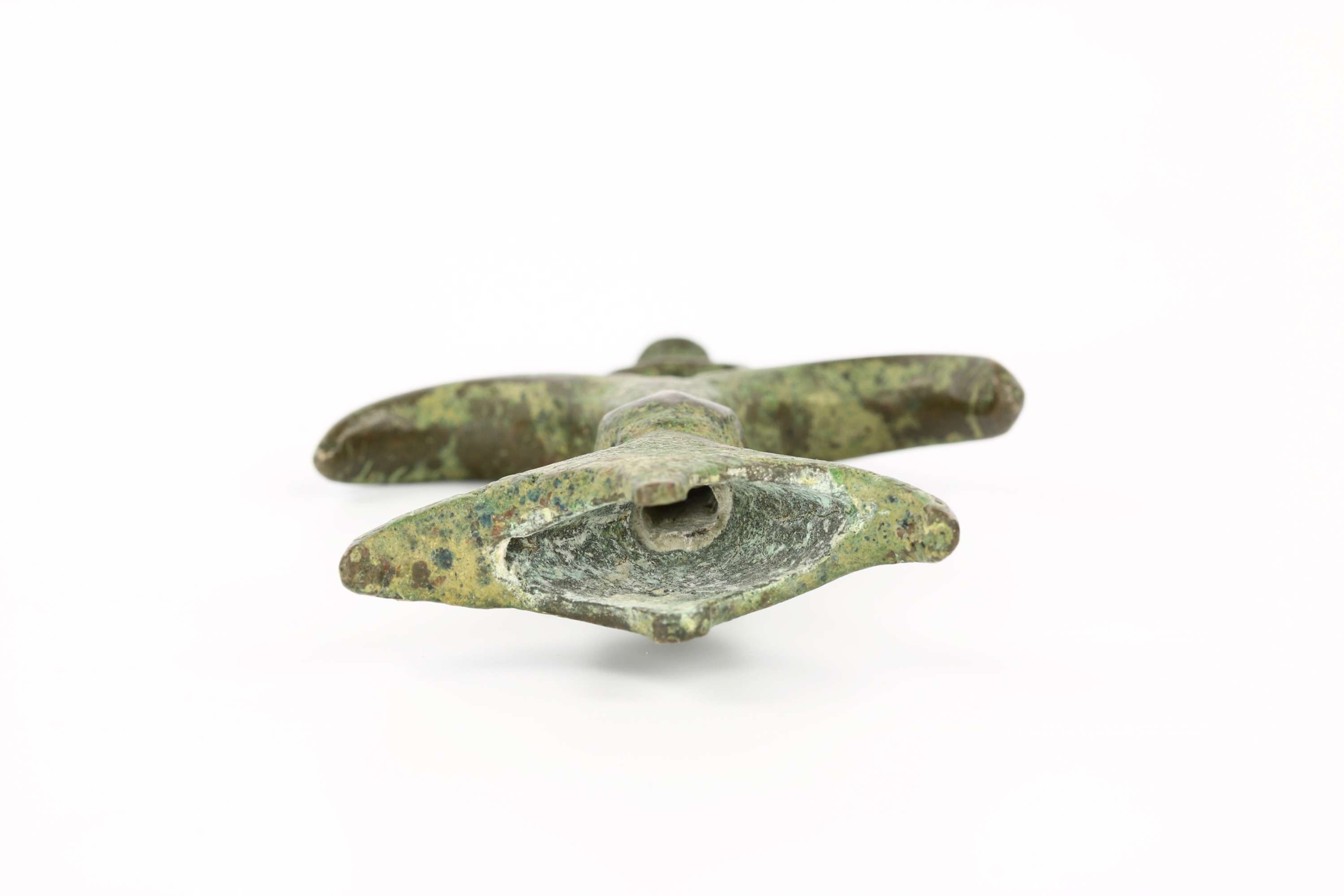 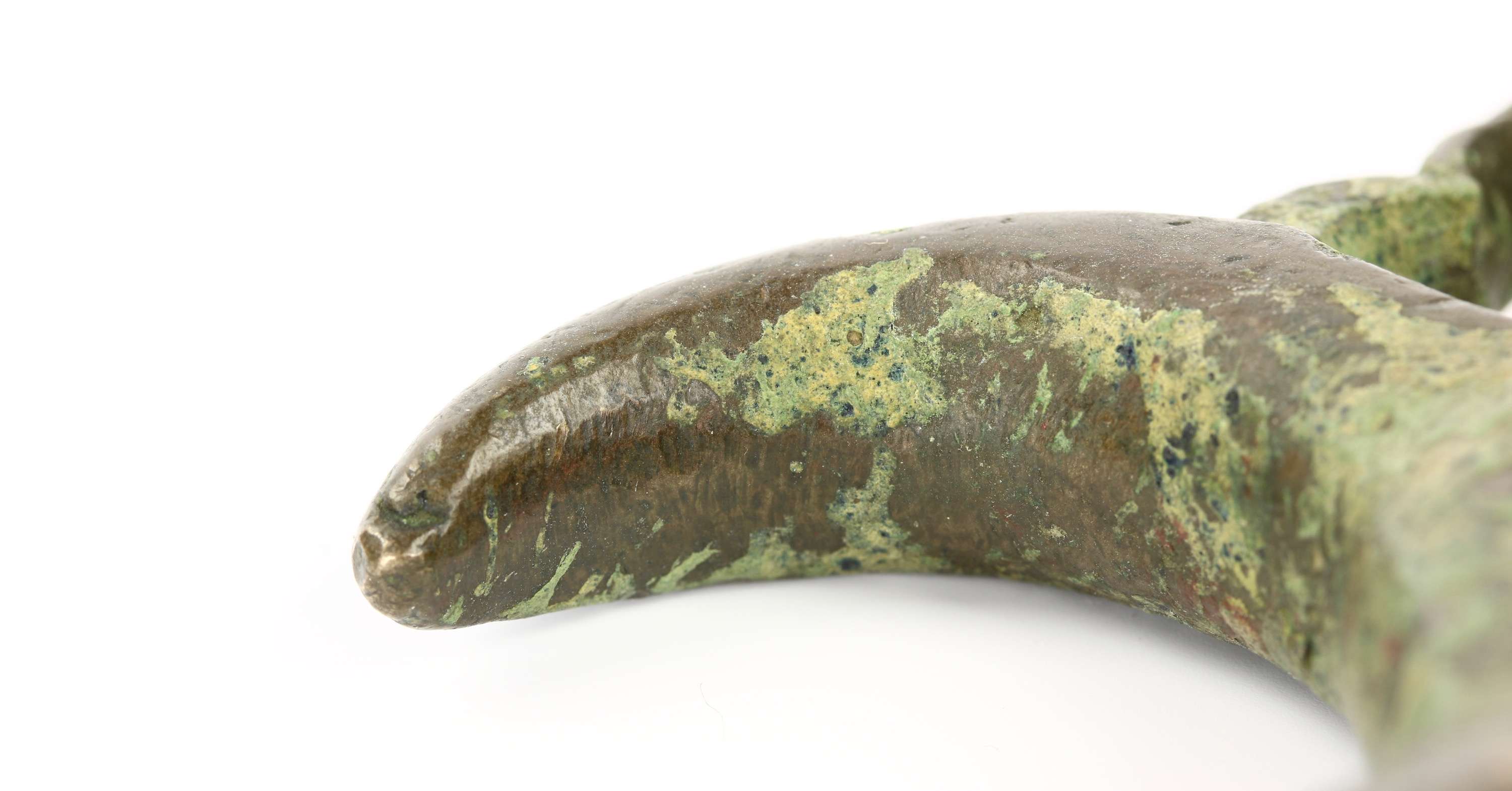 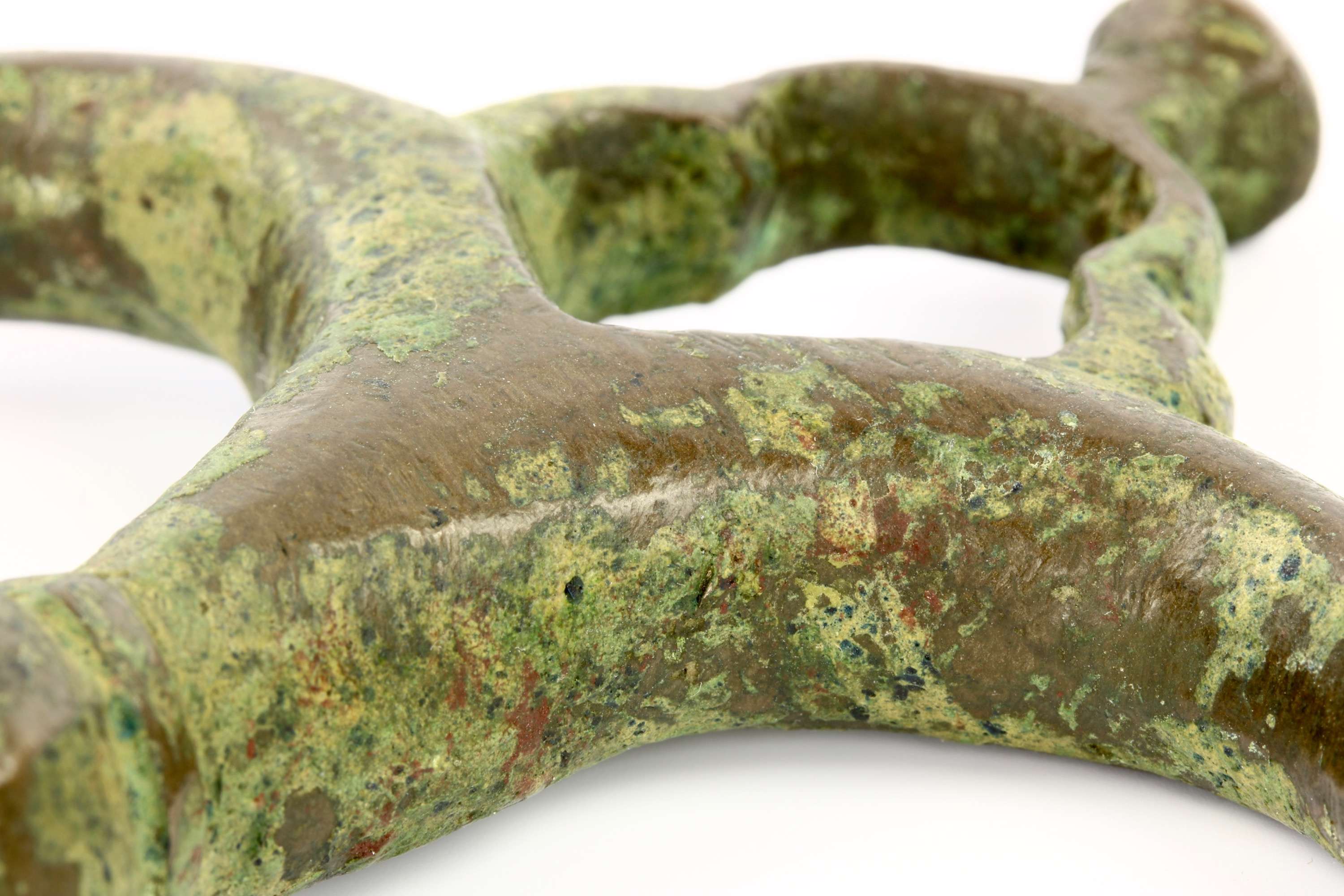 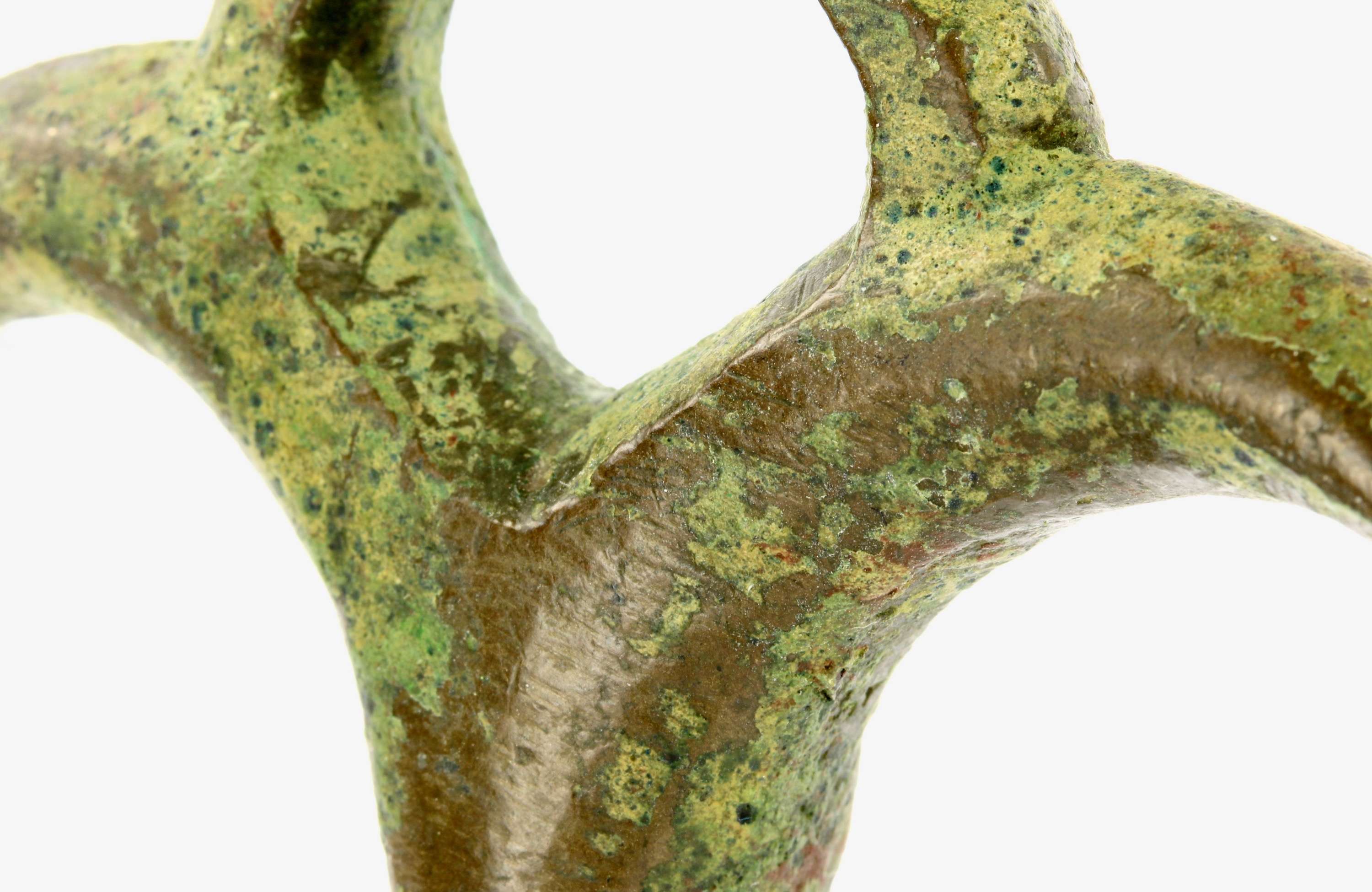 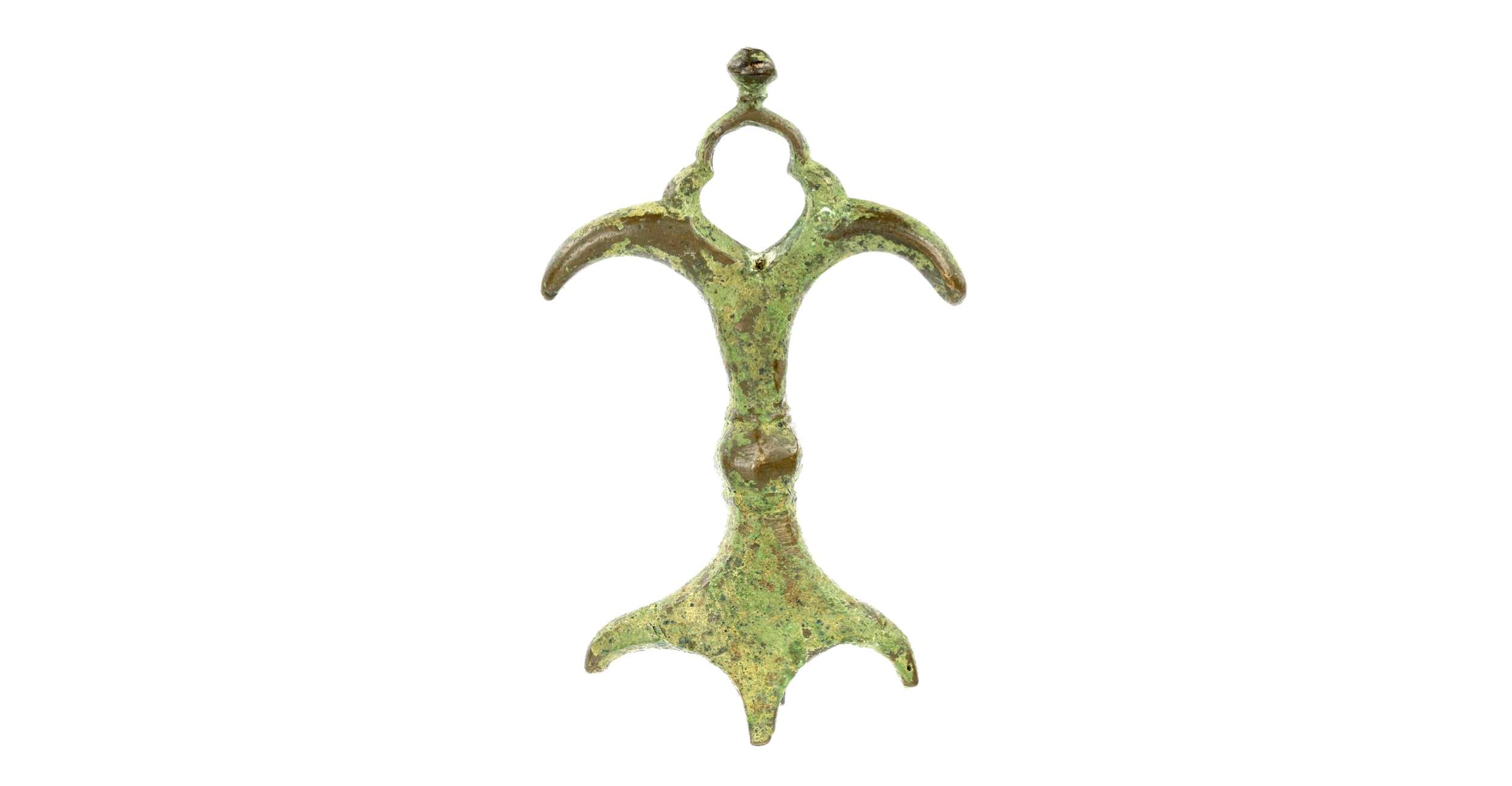