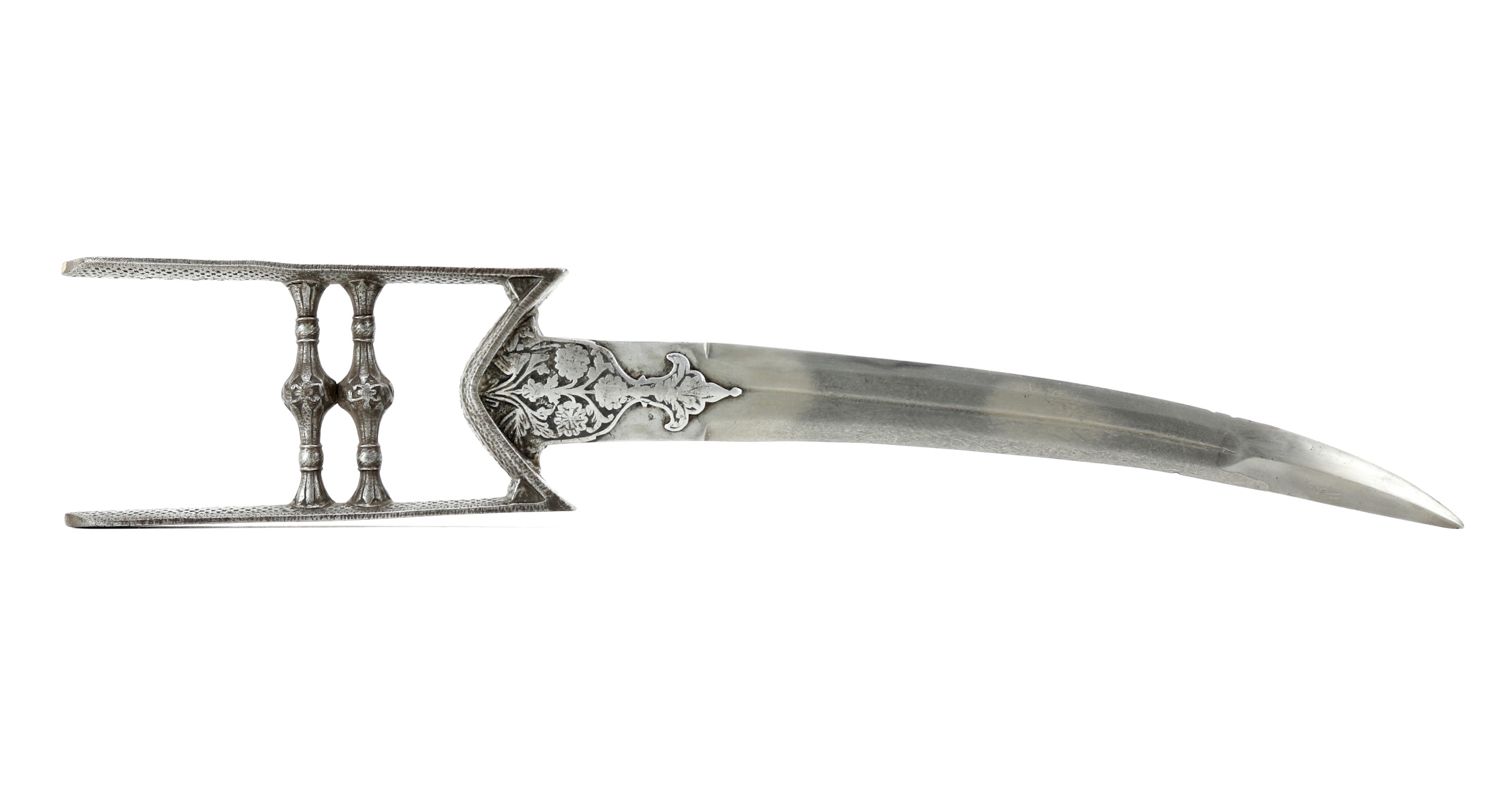 Among katar, every once in awhile a curved one turns up. They are quite rare and seemed to have been primarily popular around the 16th and 17th centuries.

The late 16th century Ain-I-Akbari describes a curved katar as a jamdhar. However, further study of the literature suggests that this was simply a popular word for katar at the time that was used for both straight and curved katar.

Notes to introduction
1. Ain-i-Akbari (آئینِ اکبری‎) or the "Administration of Akbar" describing the court of Akbar as it was around 1590.

A nice example that is of good quality make. The curved blade has a strong ricasso, a flat section on either side with a narrow groove in the center, and secondary bevels that form the edge. The narrow central groove ends near the tip where it abruptly thickens and forms a heavy and strong double-edged point with a ridged cross-section.

The steel on this katar is rather interesting. The blade is made of wootz that seems to have gotten an alternating heat treatment, resulting in darker and lighter patches. The tip is a separate piece of high carbon steel that was spliced onto the blade. It is obvious a lot of thought has gone into the use of different steels and heat treatments.

The blade is held riveted to two thick langets that are deeply chiseled with floral motifs. The langets emergy from a cupped base, a very typical southern construction. Both side-bars have pierced, sunken panels with a raised border and a raised middle section onto which repetitive floral designs are carved.

It has early style handlebars with ball-like midsections. Bars and balls are tastefully chiseled in relief.

The style of the hilt was popular mainly in the 17th century. The style of decoration seems Deccani Islamic in nature, so I attribute the piece to either Deccan Mughal or from the Deccan Sultanates.

Blade in recent polish to reveal the details in its steel. Overall in good condition, but the hilt has suffered from wear over the many years of handling, resulting in fading of the definition in the designs. The pierced designs now mostly rusted shut, but careful cleaning can re-open them. A bend in one of the sidebars.

A rare type of curved katar with an elaborately forged blade that has alternating heat treatment and a separate inserted tip. It has a nicely decorated hilt that points towards the Deccan of the 17th century. 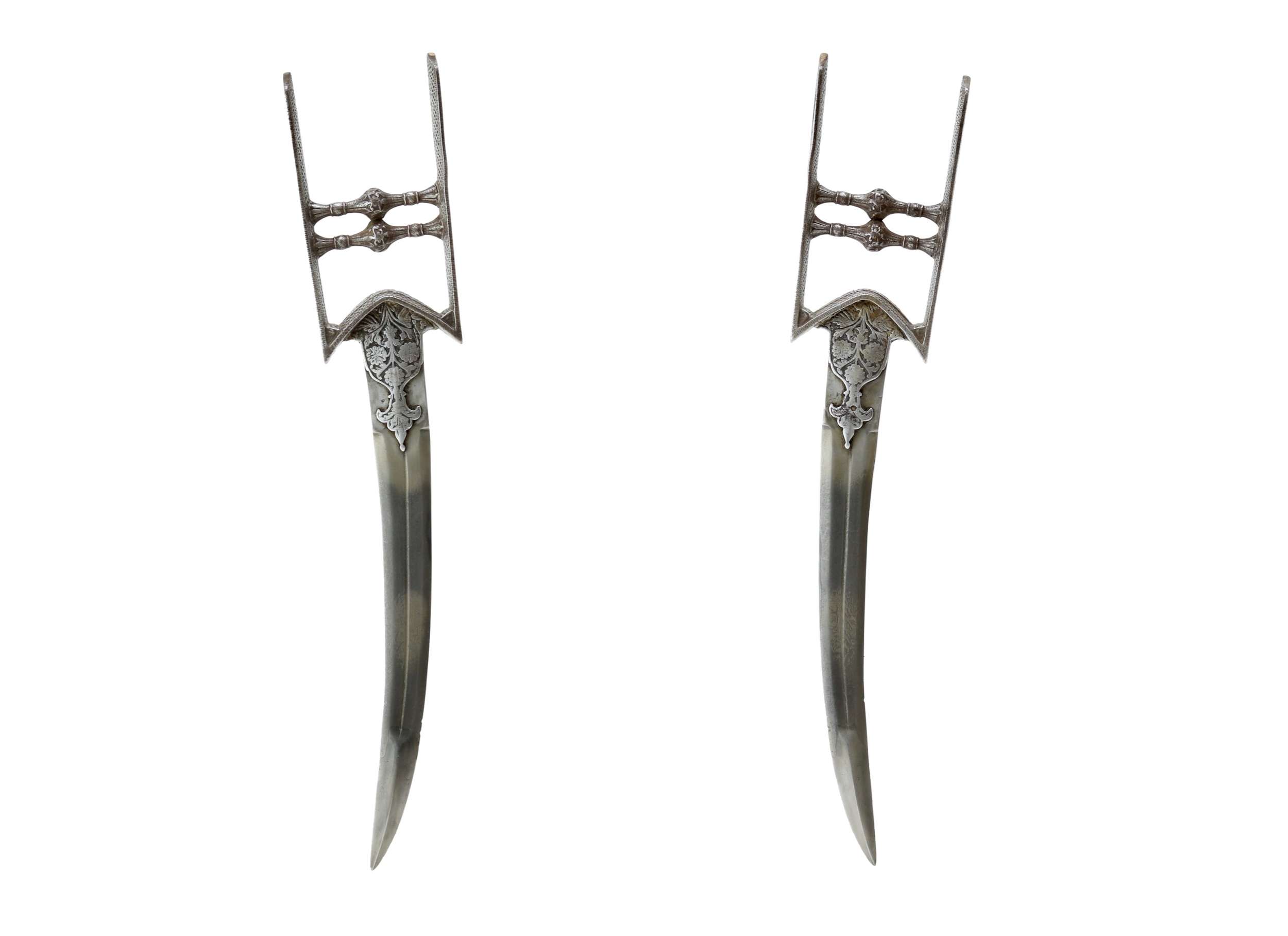 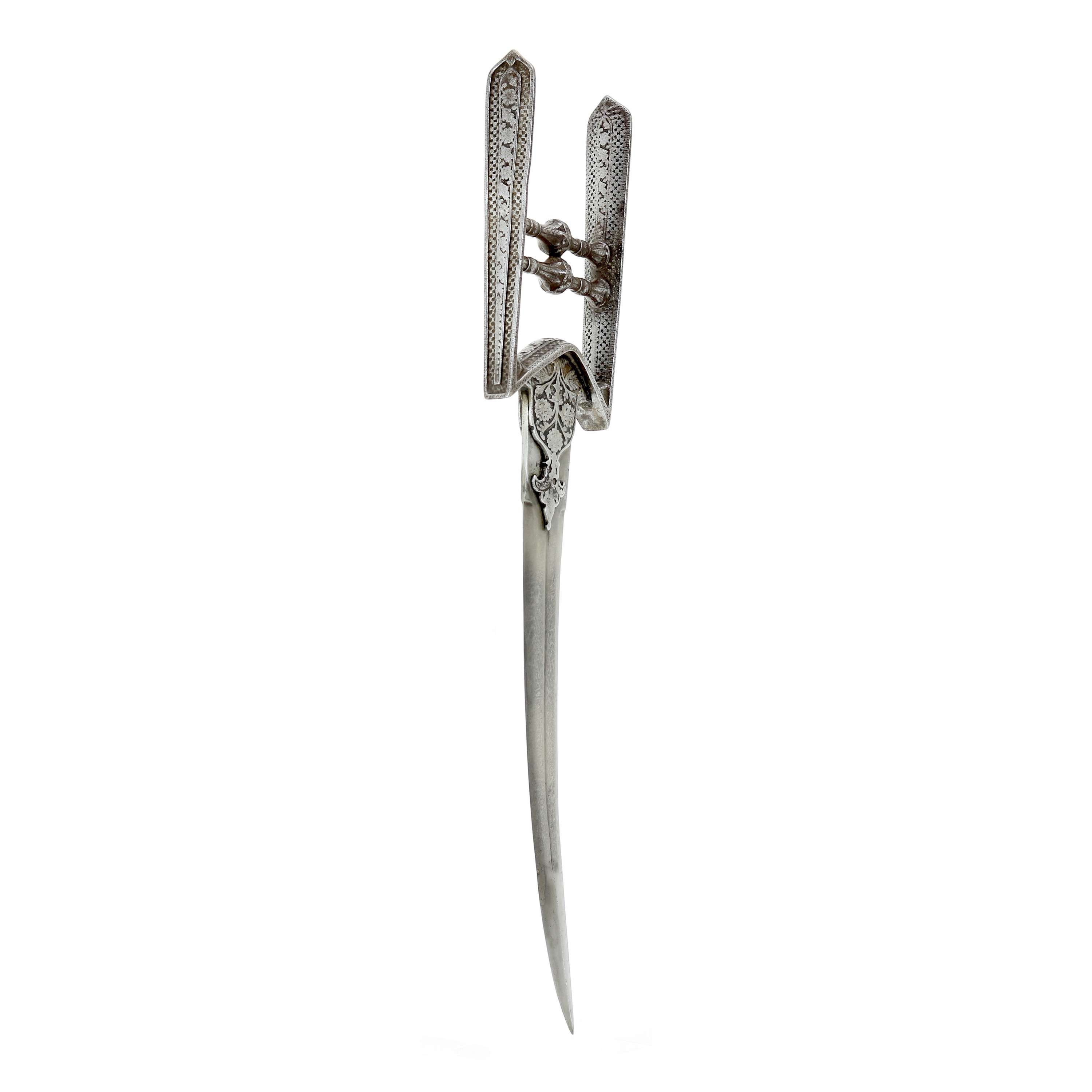