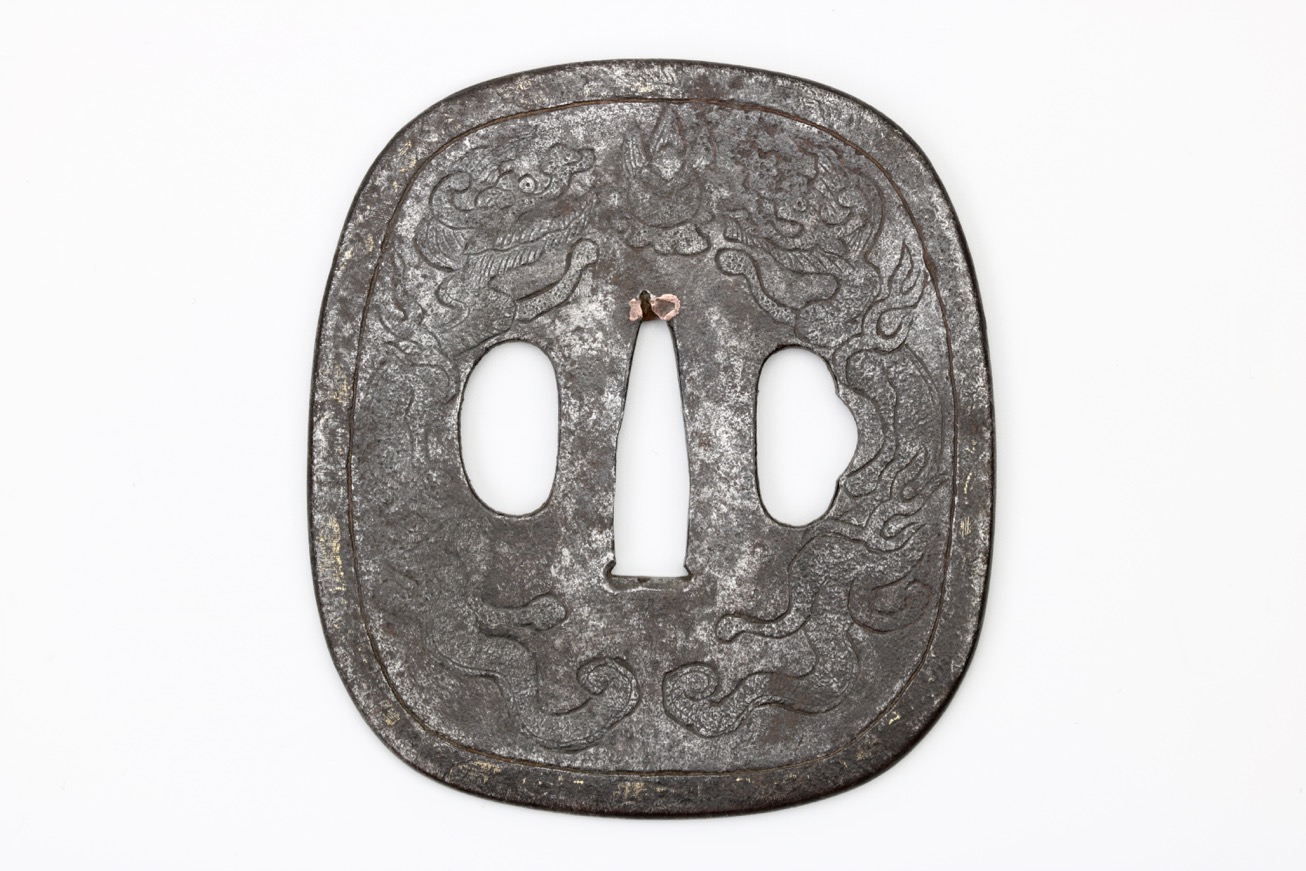 Modified and mounted in Japan

A purely Chinese guard and not a very ornate one. A simple solid plate, with no fancy openwork but instead superficial engraving that was once damascened in gold and silver. Such guards would normally adorn the sabers of lower-ranked officers of the Qing dynasty. The decor is typical for Chinese guards, with two dragons chasing a flaming pearl on one side, and vegetal motifs on the other.

Despite its humble nature, this example apparently did make it to Japan to be mounted on a katana. It was in Japanese hands where the apertures for the kogai and kozuka, a pin and a knife often worn in the side of the Japanese scabbard, were added. Also, the tang aperture indicates the edge is aligned upwards, while on Chinese sabers the edge would be pointing down.

The size of the guard indicates it was mounted on a katana. Where the shorter wakizashji could be worn by many, the katana was only to be worn by the samurai warrior class or, of course, outlaws like pirates.

This sword guard is interesting because the general consensus among collectors of Japanese sword mounts is that the Japanese would turn up their nose for Chinese craftsmanship. Yet here we have not even a good Chinese guard but a lower-end Chinese sword guard that was imported in Japan and modified for use there.

It shows that not everybody was obsessed with fine work, and some would spend money on something exotic. It might be comparable to the fascination with relatively coarsely made tribal art in some Western collector circles.

One wonders what kind of person would have bought and worn it, and at what occasions.