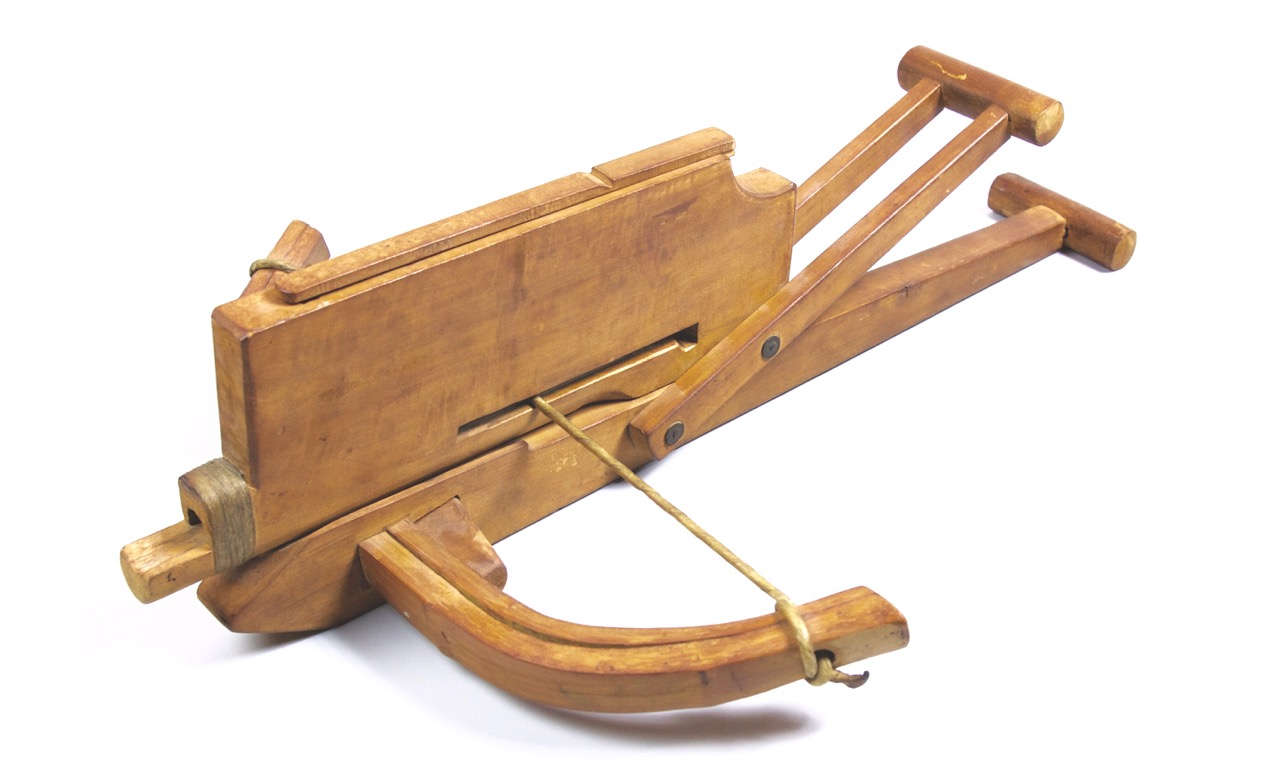 This item has been sold.
Read full article
Size

Perhaps one of the most famous and long-lived of Chinese weapons, the repeating crossbow dates back from the 4th century B.C. Its basic design has remained relatively unchanged until it fell out of use around in the early 20th century.

It is also known as the Zhuge Nu, or Cho-Ko-Nu, named after Zhuge Liang who is often claimed as the inventor. While Zhuge Liang made use of them, archaeological finds date back the invention at least 6 centuries before his time to the period of Chu.

(See: Zhu Ge Nu article on Great Ming Military Blog)The repeating crossbow stayed in use by China's armed forces up until as late as the 19th century.

A page from the Illustrated Handbook of Military Techniques (兵技指掌图说), showing these crossbows in use by the Green Standard Army of Zhili. Written by Naer Jing-e of the Manchu Plain White Banner.

These military versions tend to be on the large side. Many of these smaller ones that have survived appear to be more suited for civilian self-defense. Some of these arrows were poisoned with the very potent aconite poison, making it a formidable weapon against intruders. 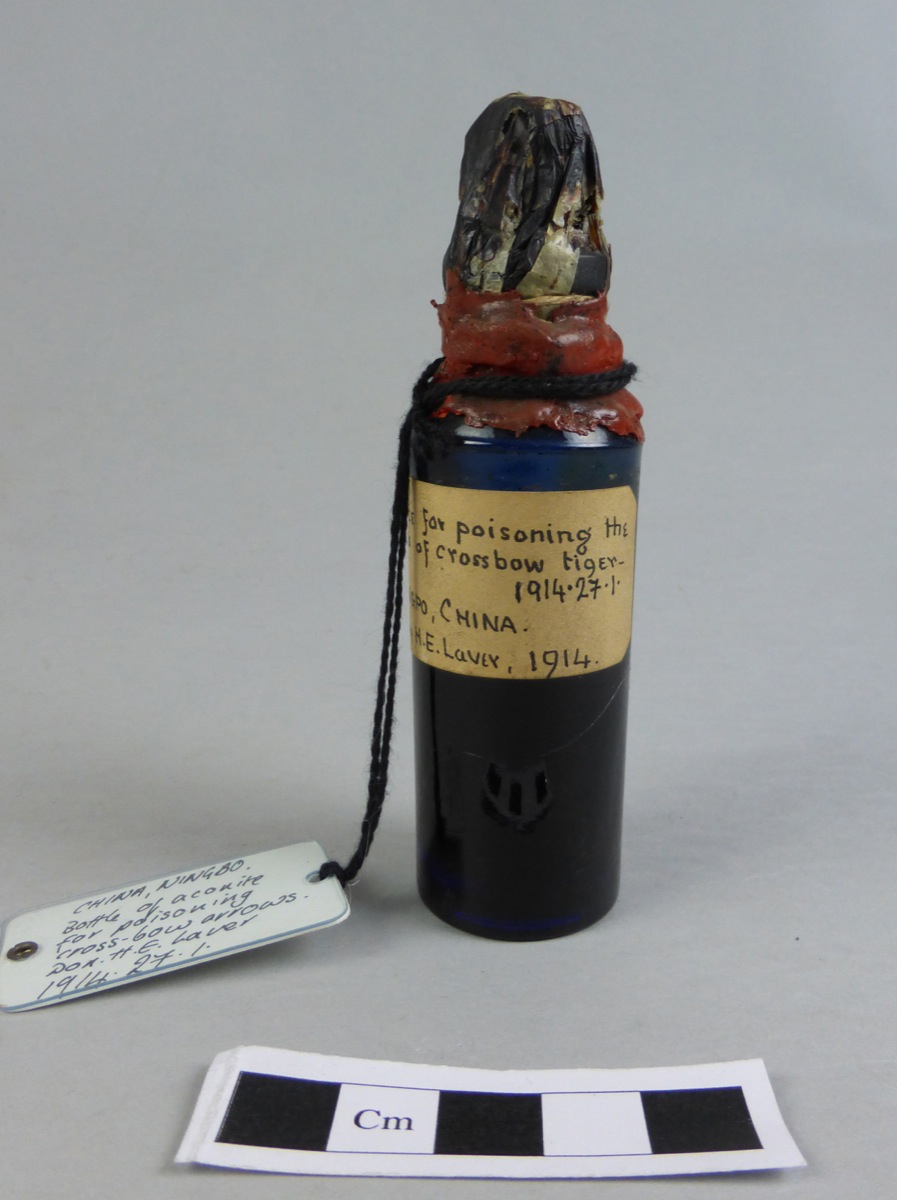 Many a replica has been tested, and they often show that the weapon is neither very strong or accurate. While obviously lacking the accuracy of other archery gear, the lack of strength in these replicas is partly due to the abrasion of the mechanism but can also be contributed to the use of a somewhat light bow. The bow of two slats of very thick-walled bamboo on this example, while I do not dare pull it all the way, surely exceeds 70 pounds in draw. This where most replicas are made with bows not more than 40 pounds. The heavy bow on this one gives credit to the claim by eyewitnesses that some examples used in the 1930's shot up to 300 meters. Still, it wasn't hailed for its range, nor power. In the Ming, they wrote:

"The Zhuge Nu is a handy little weapon that even the Confucian scholar (i.e., a weakling) or palace women can use in self-defense. It fires weakly so you have to tip the darts with poison. Once the darts are tipped with 'tiger-killing poison,' you can fire it at a horse or a man and as long as you draw blood, your adversary will die immediately. The draw-back to the weapon is its very limited range." (Translation by Stephen Selby.)

Schematics of the "諸葛全弩" from the Ming dynasty text. 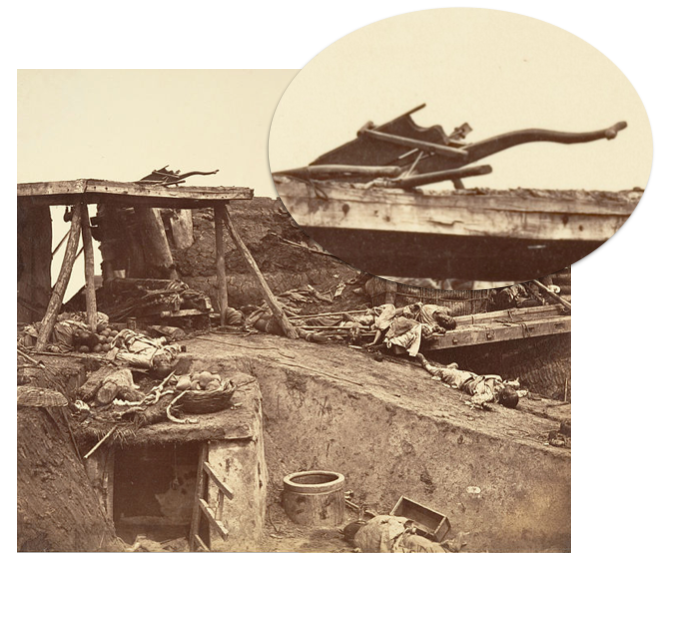 The capture of the Taku forts by Anglo-French troops, led by Lord Elgin and Baron Gros, 1860. Photograph by Felice Beato.

This example has an old American custom's stamp from the time it was imported. We got it from an estate sale; it was likely brought back from China somewhere in the early to mid. 20th century.

A perfect example of the famous Chinese repeating crossbow, complete and in a condition that leaves nothing to wish for. 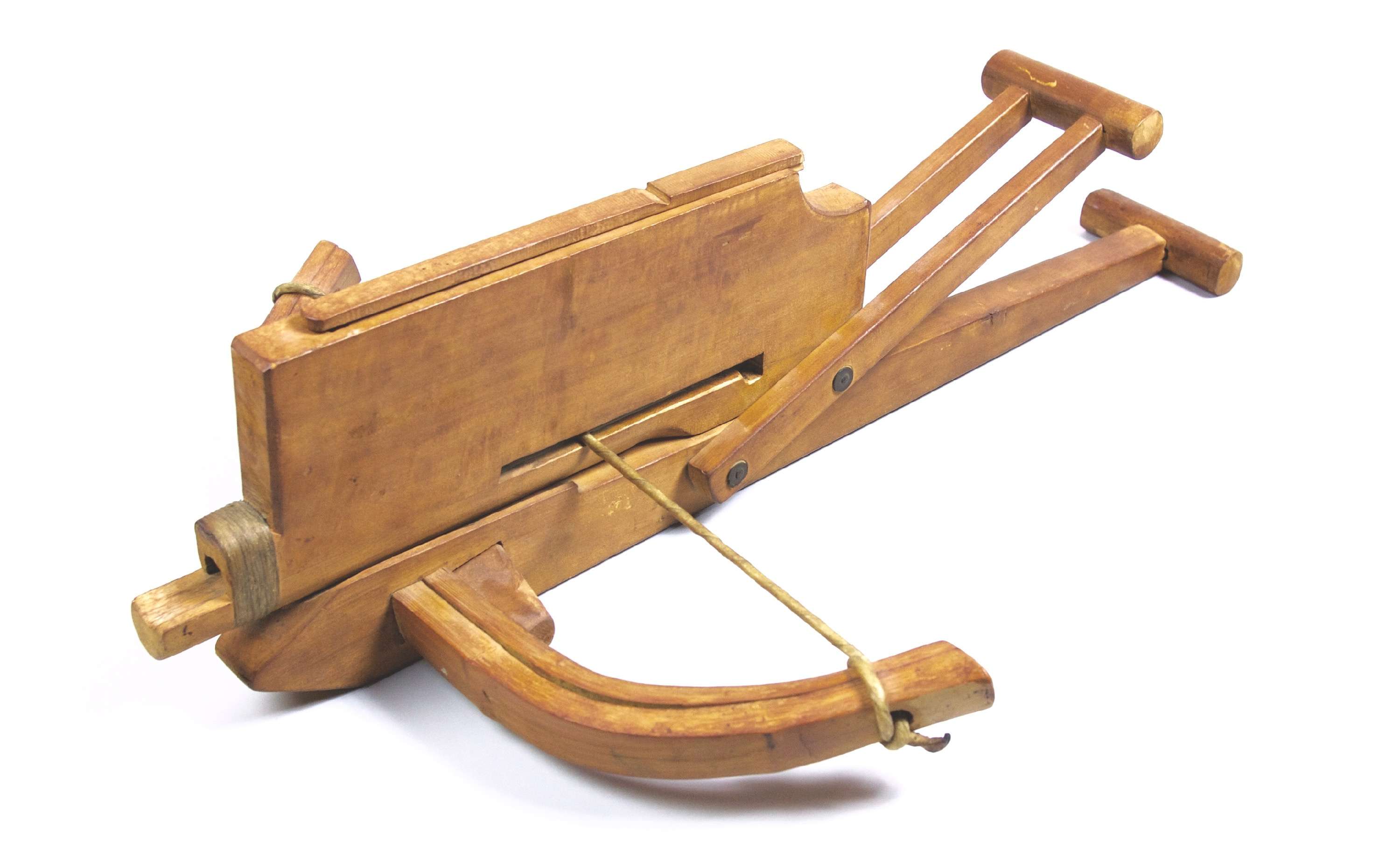 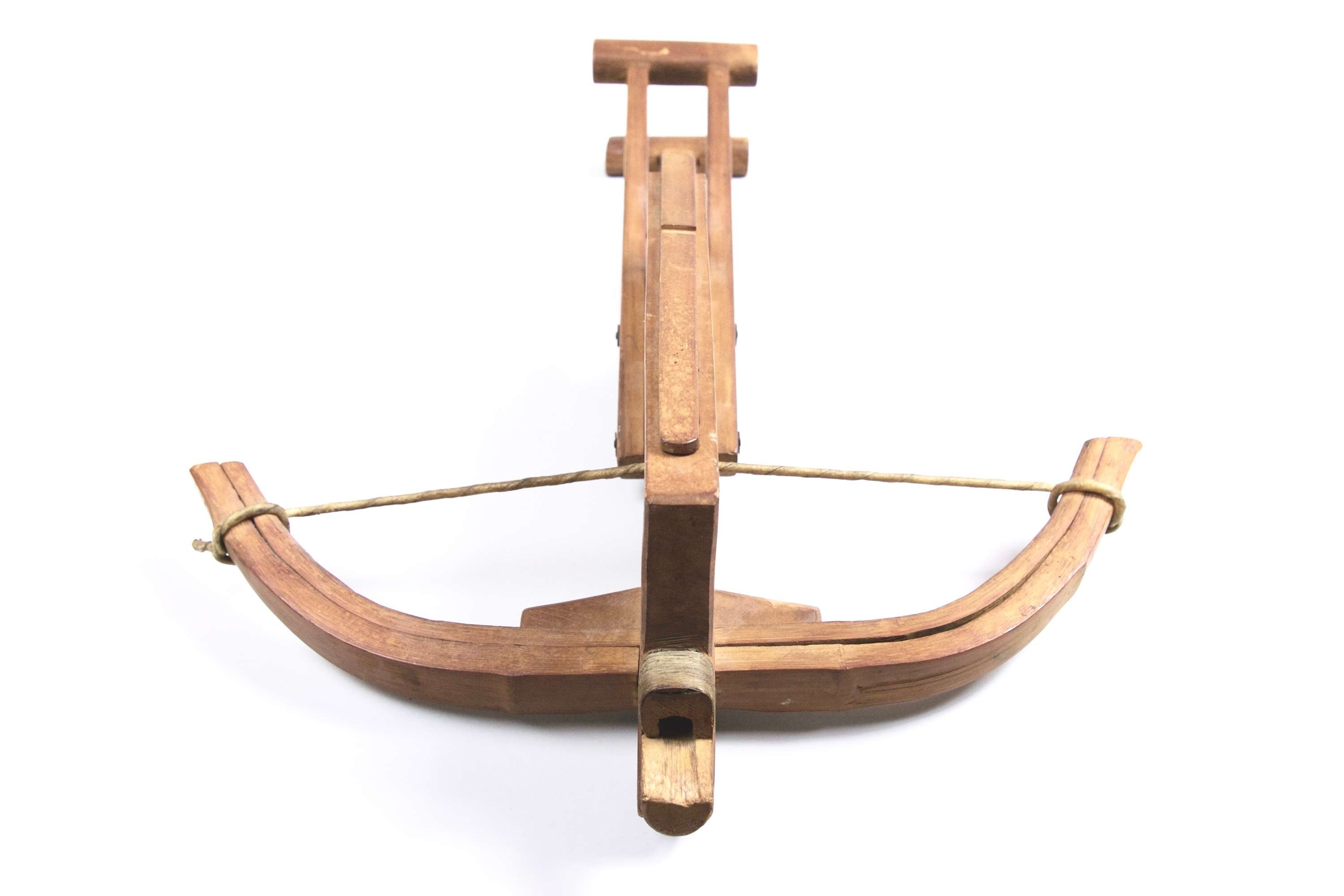 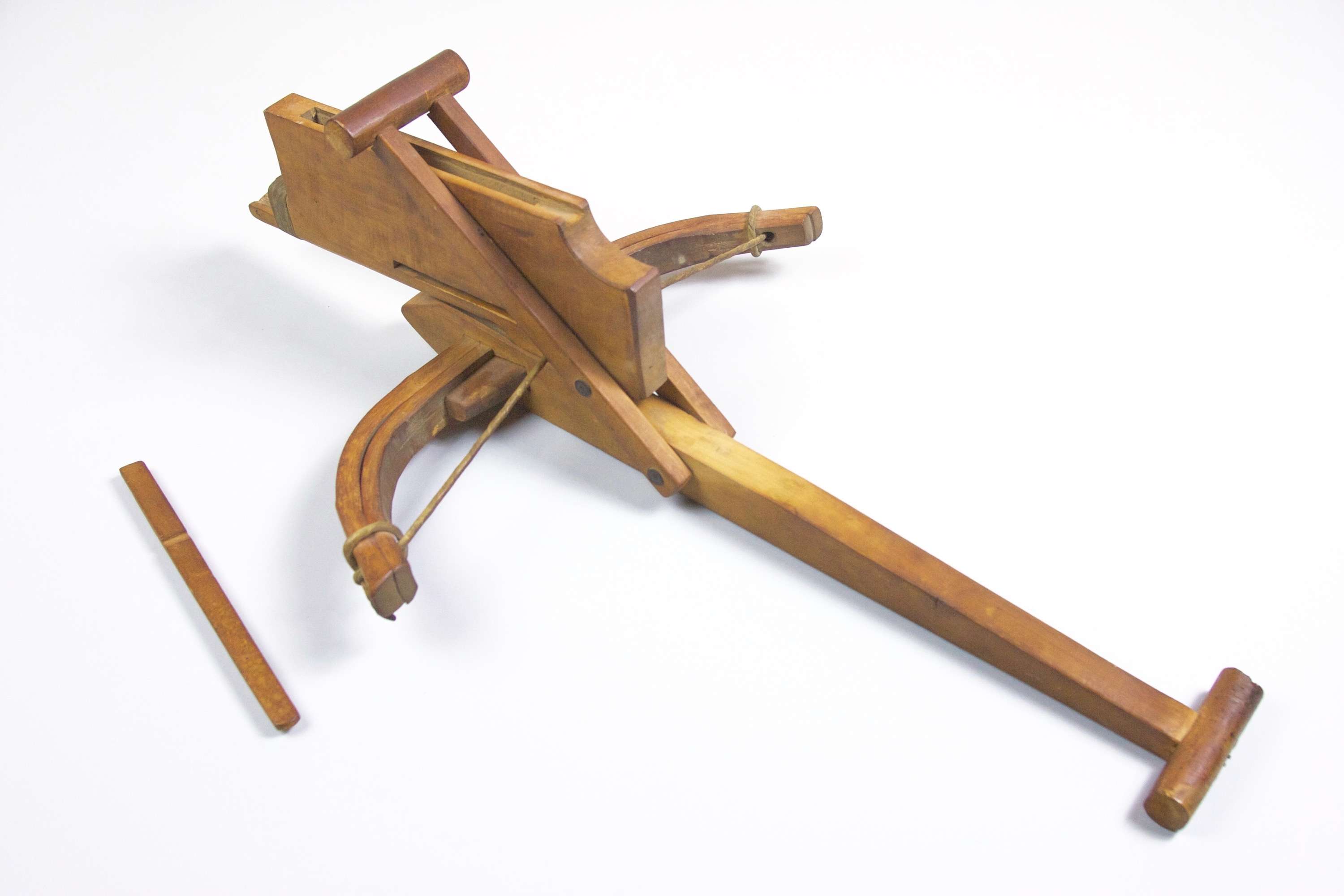 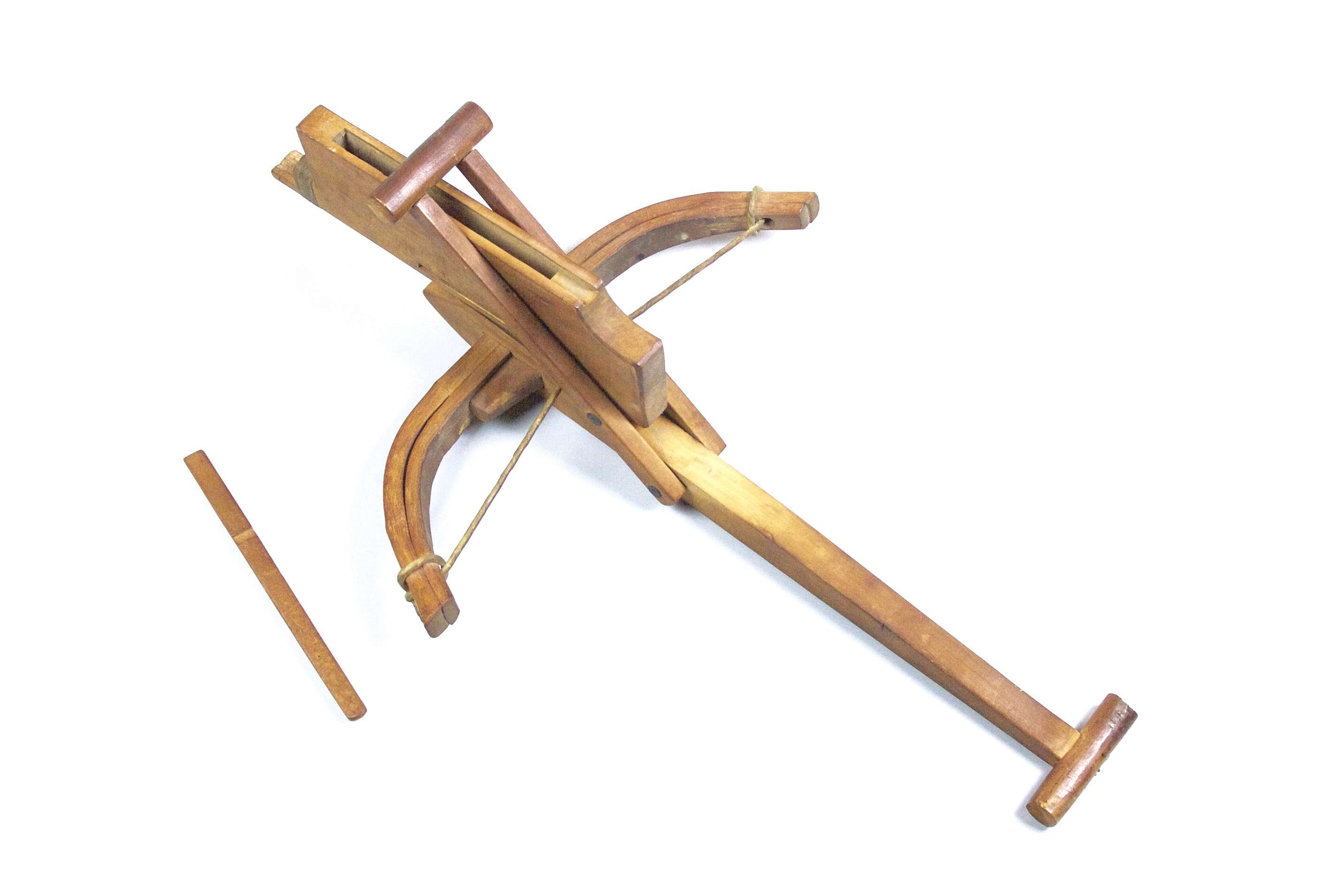 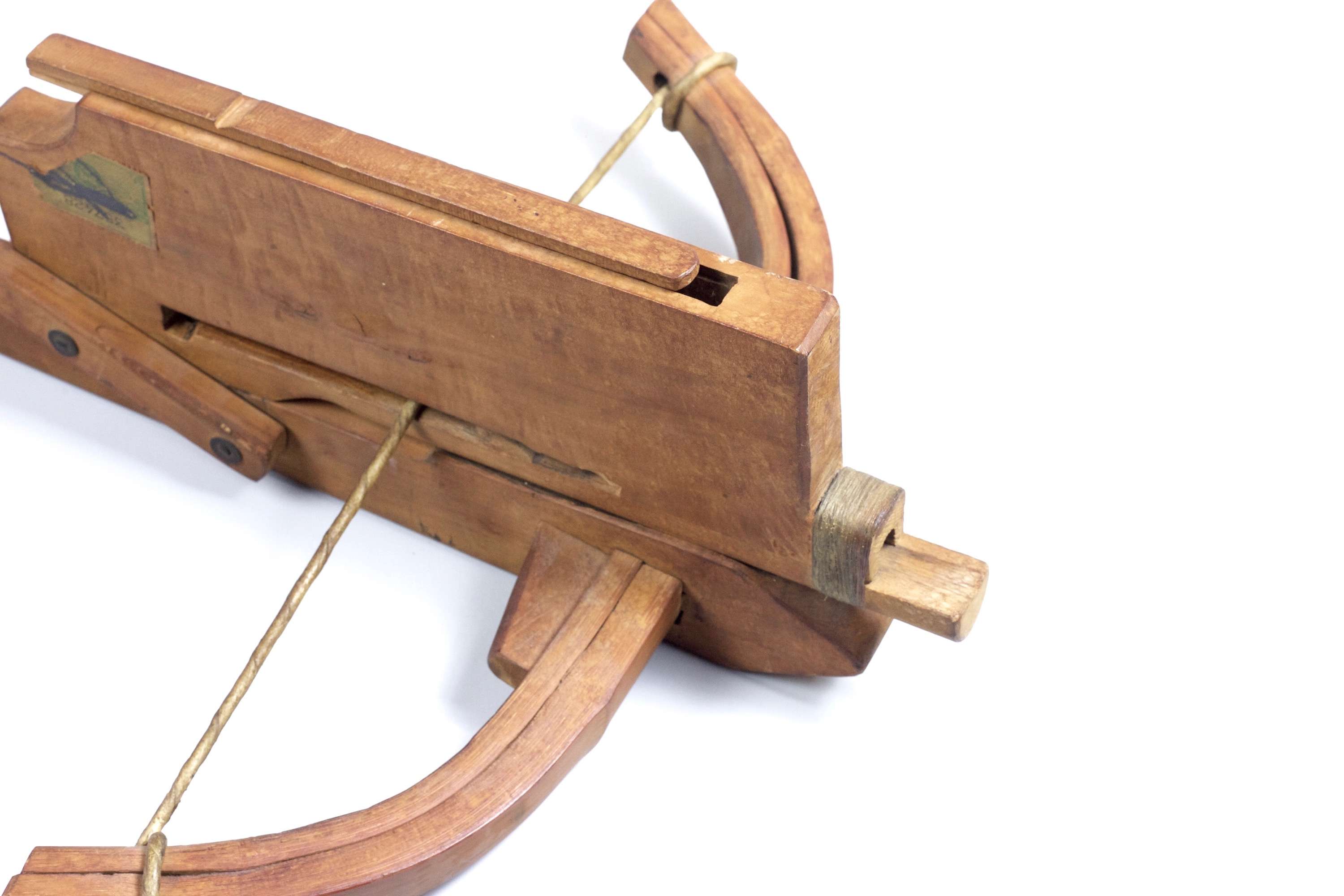 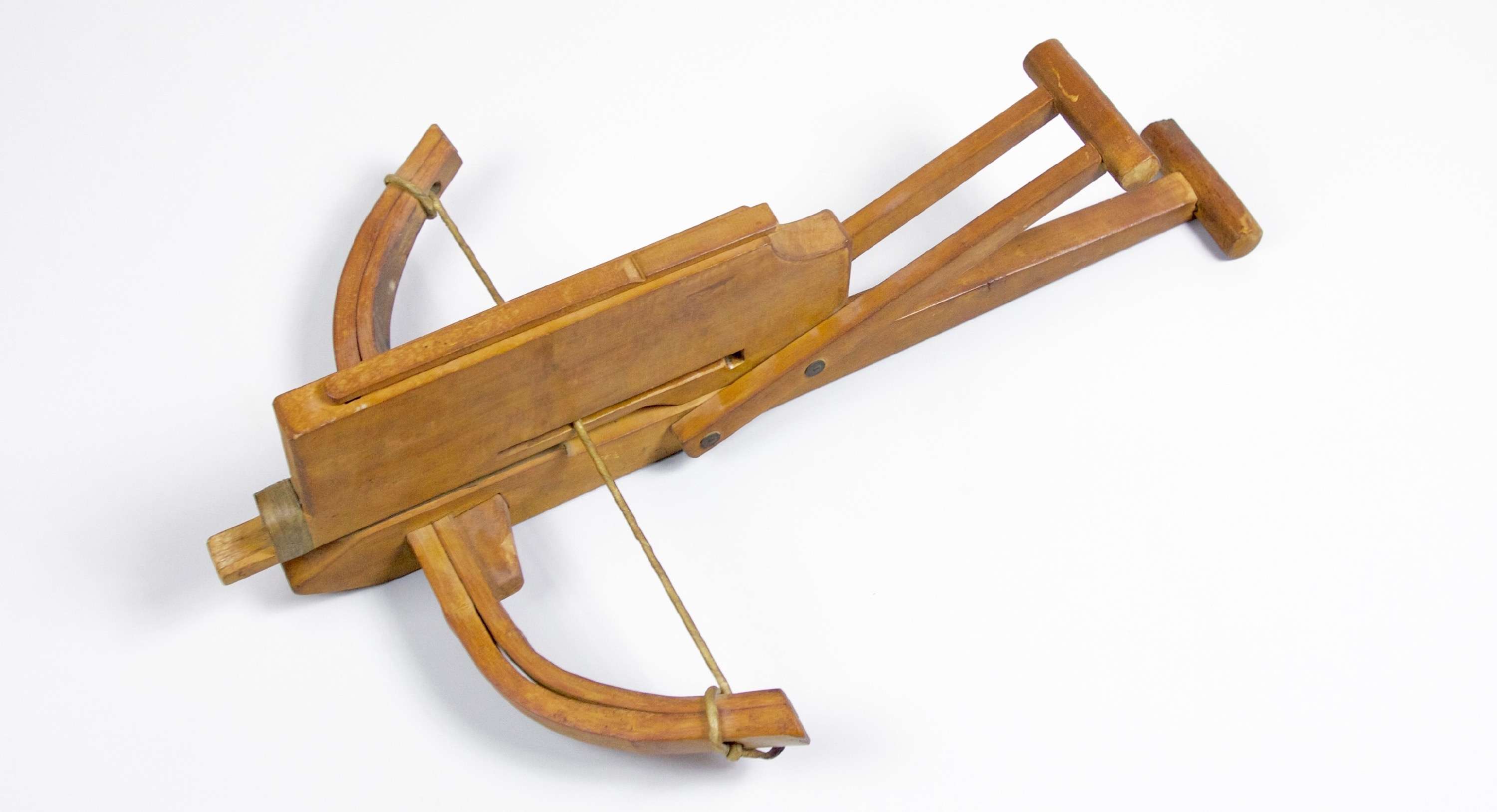