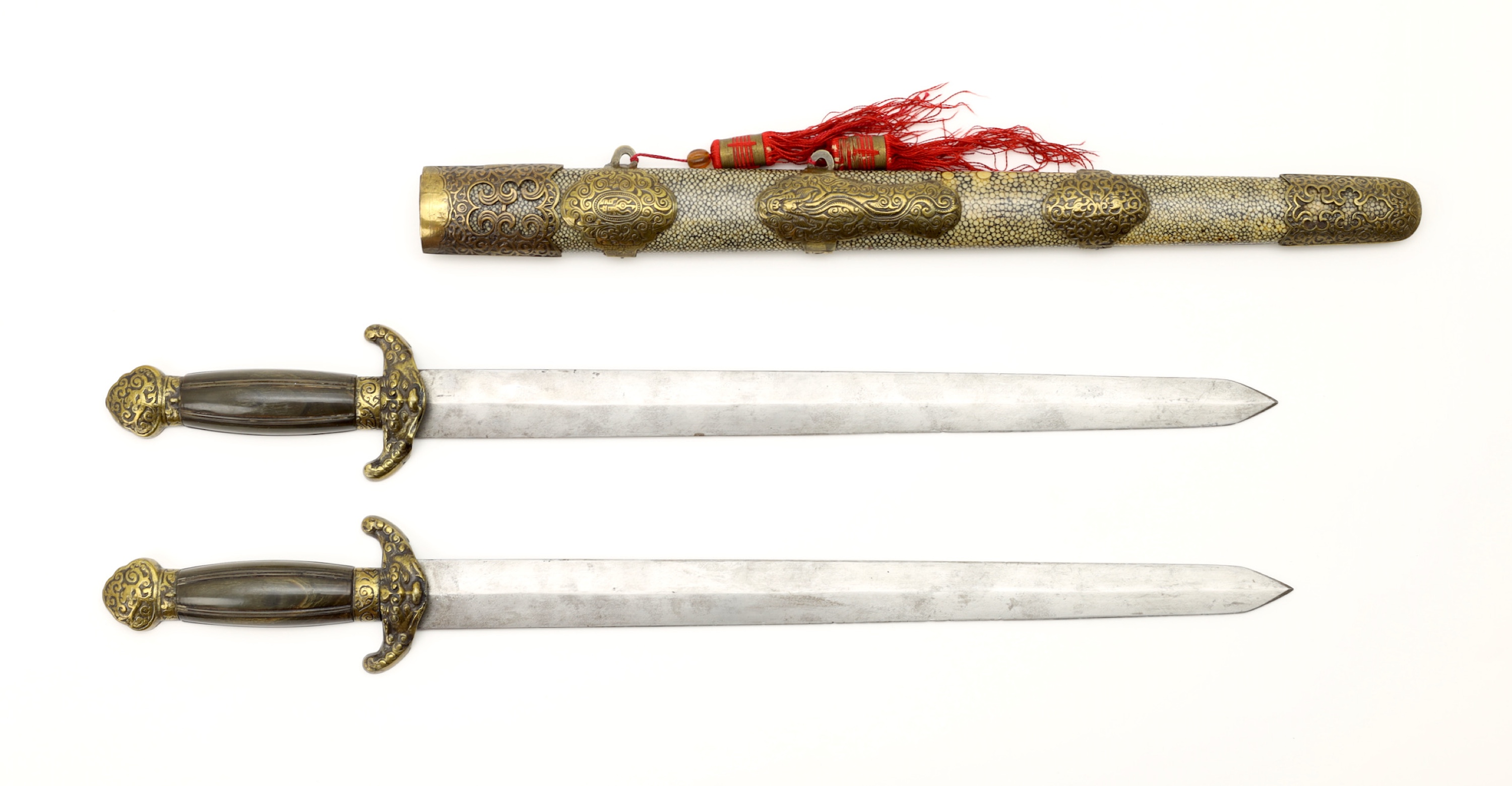 A classic set of double shortswords. Such swords are relatively common on the market, but the majority are of fairly low quality and usually in poor condition. Once every while I see a set that I think is worth having, and here I present one such set.

The blades with a center ridge on both sides and a secondary edge bevel. The tips are triangular, so-called "male points". Blades are left in their original finish with the faint diagonal scratches that are typical for these. Some staining to the steel. Both edges with chips from contact, possibly with another blade.

The hilts are built around two nice pieces of carved buffalo horn, polished to a high gloss to reveal their attractive grain. The guards are of the Tāotiè (饕餮) form with a stylized monster without a lower jaw.

Pommel and ferrule are in the kuíwén (夔紋) style decoration consisting of archaic kuī-dragon patterns. Such patterns were inspired by those seen on very early Chinese bronzes which were prized collectibles among the Chinese elite.

The scabbard is covered in fine ray skin with black lacquer, polished smooth to show the grain of the skin. The work is skillfully done with a single seam on the bottom side.

It is mounted in a full set of five heavy brass kuíwén style mounts. The larger suspension mount has a shield with a rain dragon, or chīlóng (螭龍), recognizable by its salamander-like appearance and bifurcated tail. The smaller suspension mount has a cartouche with the words Lóngquán (龍泉) in seal script, referring to the famous sword-making town in Zhejiang province. I believe the set is most likely made in Guangzhou (Canton), and the referral is purely symbolic.

The scabbard carries two tassels, possibly a later addition but definitely old and made in China and of natural fibers and with glass beads.

Shortswords in this style were produced in Guangzhou (Canton) from at least the 1840s to 1880s, possibly longer. This set probably dates from around the mid 19th century.

Good condition throughout. Almost no losses to the ray-skin. Some damage and minor staining to blades. Tassels are in fragile condition. Both grips are tight, with some minor play in the hilt mounts. See photos for a complete view of the condition. 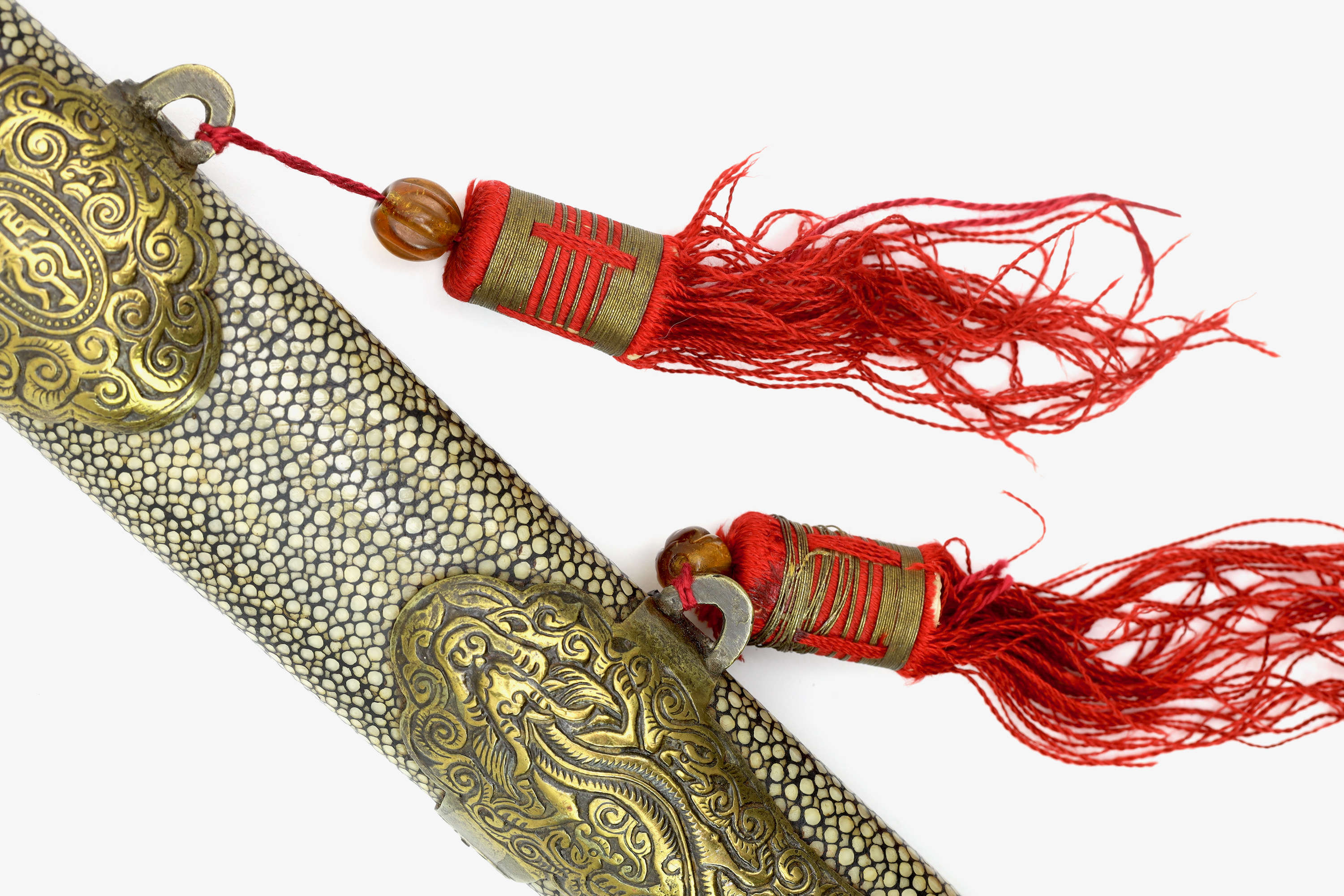 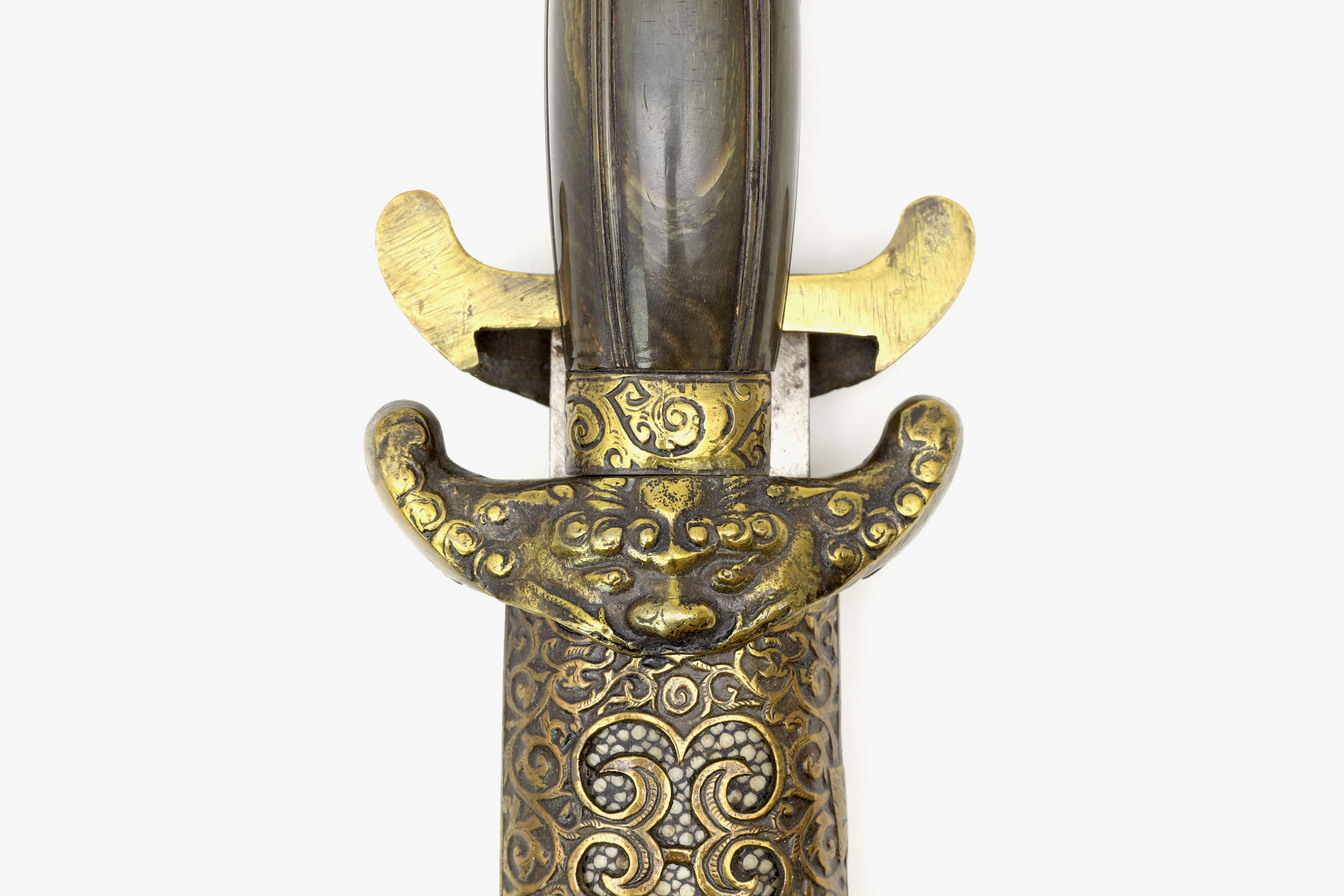 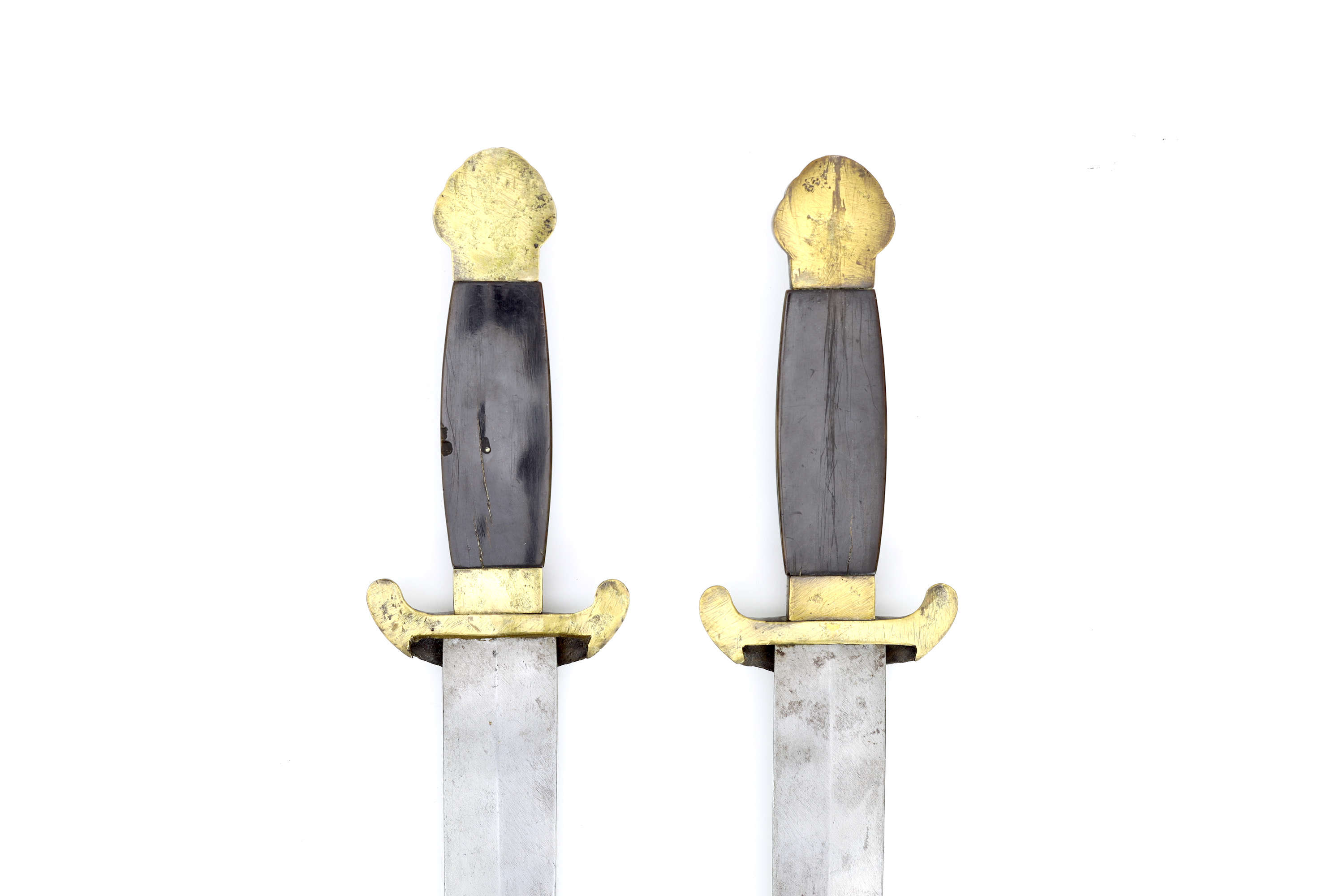