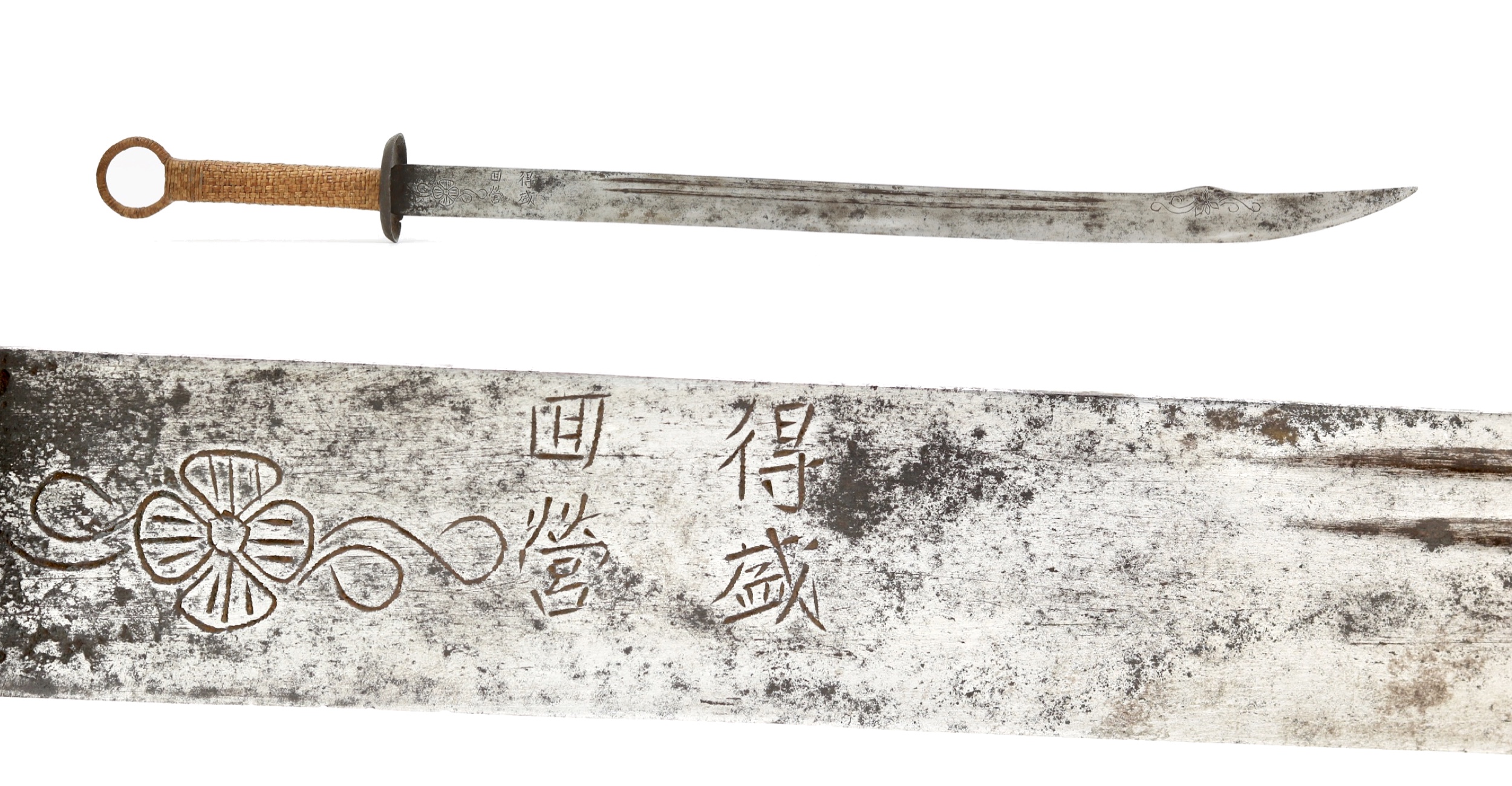 A Chinese sword with a long ring pommelled hilt, much akin to the later dadao but with many interesting features that are rarely seen within a single piece.

The blade is nearly straight, sweeping up at the tip. It has a slight swelling in the tip at the start of the curve. On each side are two narrow grooves, located near the spine. Blade contours are good, no signs of distortions through over-polishing. Good, stiff temper. Some patches of pitting, none very deep. Minor edge damage just under the point of percussion, the ideal place to strike with.

The old wooden scabbard is covered with deep red lacquer, now dried and cracked. It is mounted with fittings of substantial brass. Some losses to the lacquer but currently stable. The scabbard is very strong, and structurally 100% sound. The scabbard mouth provides the unmistakable sweetish tobacco-like smell of an antique that was not recently tampered with.

The hilt is of rectangular cross-section and wrapped with finely braided rattan, covering the entire grip section and the ring pommel. It has a sturdy iron cup guard, with damage of a cut to one side.

The blade has floral engravings at base and tip on both sides. Floral engravings are common on Vietnamese blades, and the presence of this usually identifies a piece as Vietnamese. However, the style of the floral elements on this is more Chinese.

On the base of the left side of the blade are chiseled the characters "馬刀成功", pronounced mǎdāo chénggōng in Mandarin Chinese. This is a variation of the more common mǎdào chénggōng (馬到成功) which literally means: "Horse arrives, success achieved".

Horses in China were traditionally associated with speed. "I'll be right there" is still expressed as wǒ mǎshàng lái, literally: "I'm coming on horseback". Mǎdào chénggōng (馬到成功) can thus be translated as "Gaining instant victory", and it is seen more frequently on sword blades.

On this sword, however, the word for "arrives" is substituted for the word dāo (刀) for sword. "Horse sword, success". The pronunciation remains almost the same.

The right side is marked "得盛回營", pronounced dé shèng Huí yíng in Mandarin Chinese. Dé shèng (得盛) can be translated to "To flourish" and is an auspicious name that is still often used for Chinese businesses.

Huí yíng (回營) can be read as Hui-(minority) Battalion. The Hui people are Chinese speaking descendants of Muslims who migrated to China during the Yuan Dynasty (1271–1368). Most of them are in Northwest China but there are also sizeable communities in Beijing, Xi'an, Inner Mongolia, Hebei, Hainan, and Yunnan.

In 1856 the Muslim Hui of Yunnan rose up against the Qing government under Du Wenxiu. They took the city of Dali as their capital and founded Píng Nán Guó (平南国) or 'Pacified Southern Kingdom'. Du Wenxiu became Qa´id Jami al-Muslimin or 'Leader of the Community of Muslims' and ruled as a Sultan from 1856 to 1872 when he finally got defeated by the Qing government. The event is kown in Western sources as the Panthay Rebellion. An estimated million casualties fell in this little-known rebellion.

The straight blade and hilt with an angular cross-section grip are features mainly associated with Chinese swords of the 17th century and earlier. The raised backedge was also more common back then, a remnant of Turkic influence on Chinese blade design from the Yuan dynasty onwards. They are all stylistic references to the earlier swords that the Hui came with when they entered China.

Various Yunnanese / Vietnamese elements combined with the markings put it in the hands of the Hui army in the 19th century, a time when they briefly ruled their own kingdom before being defeated by Qing forces.

A most fascinating piece of history. 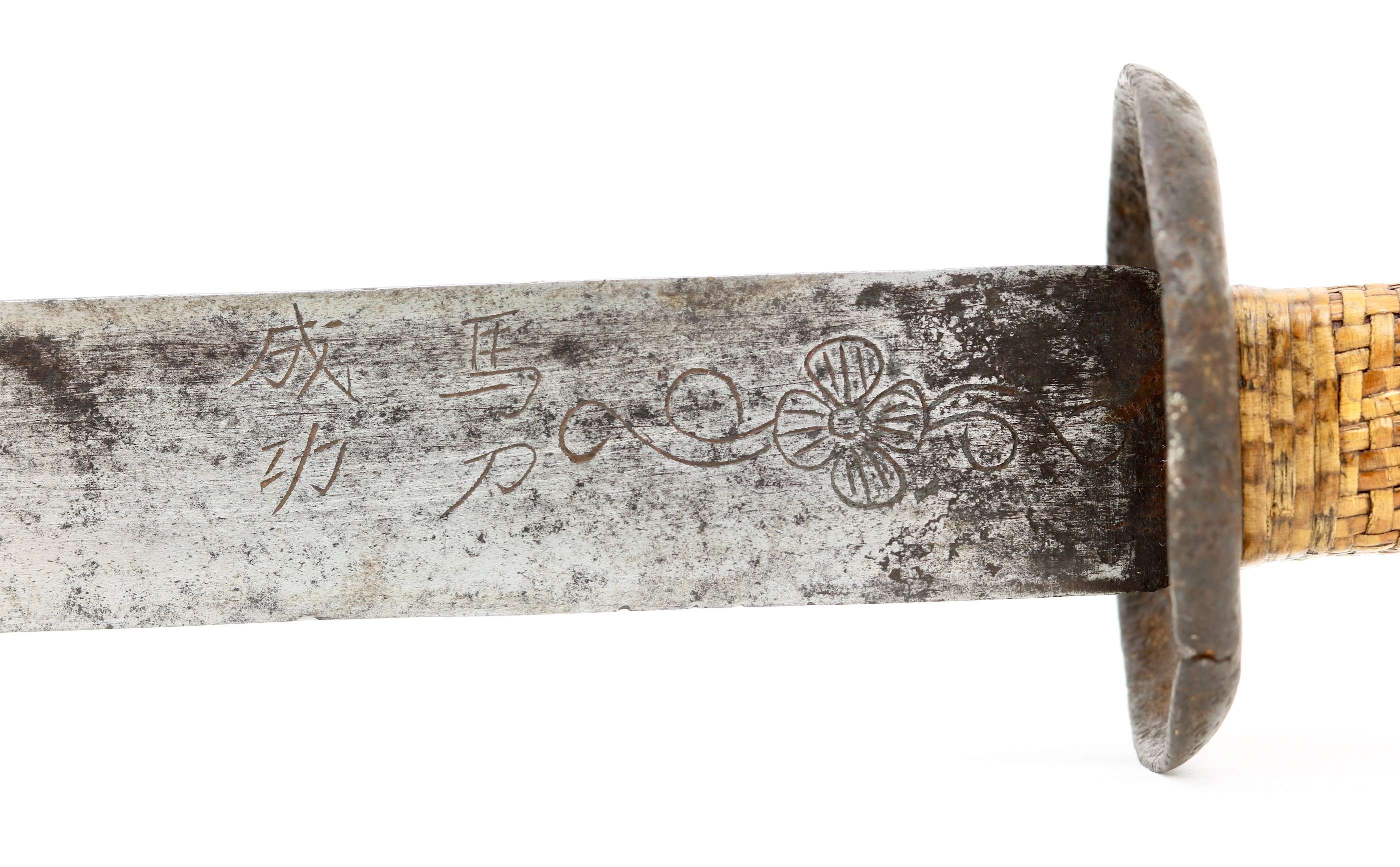 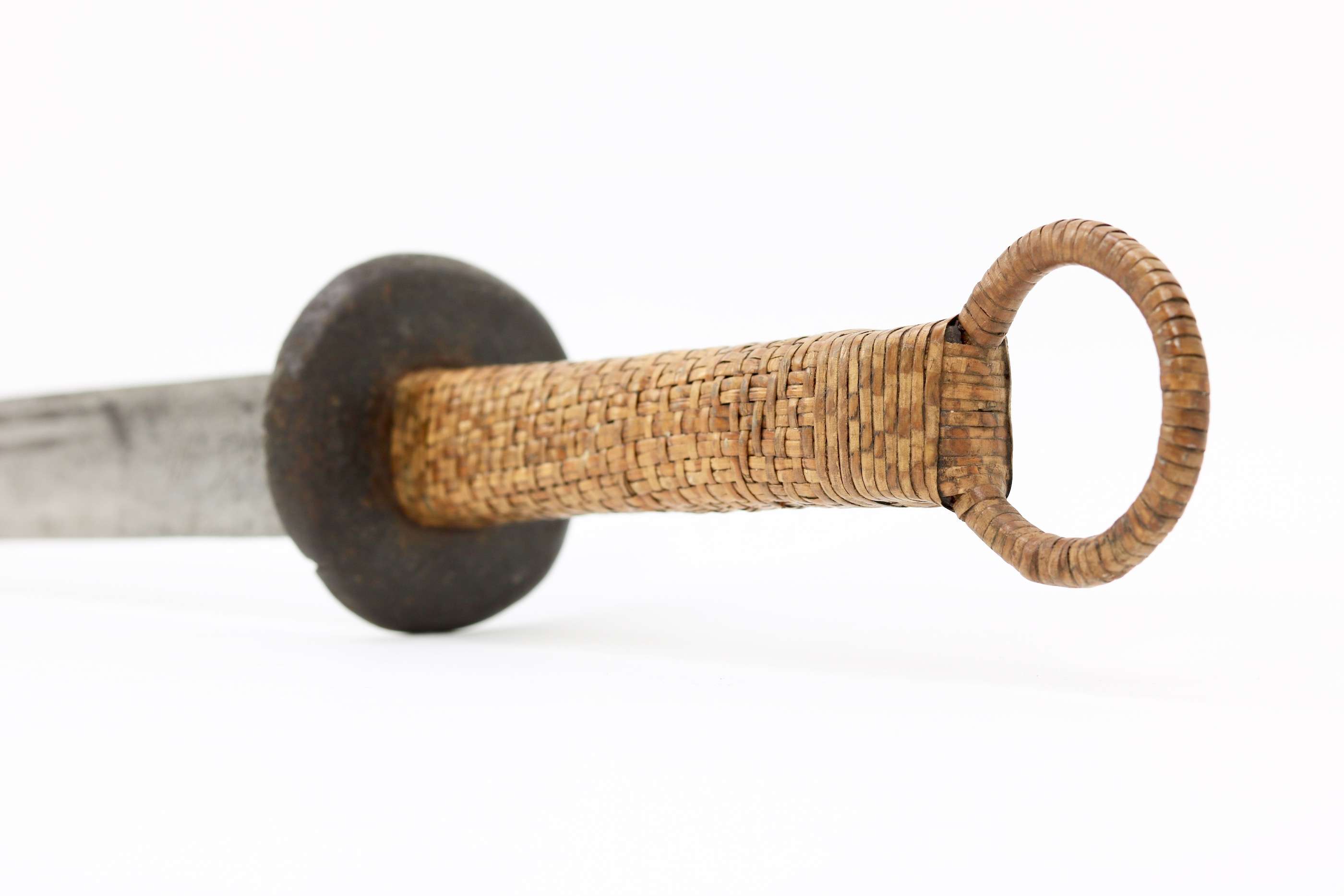 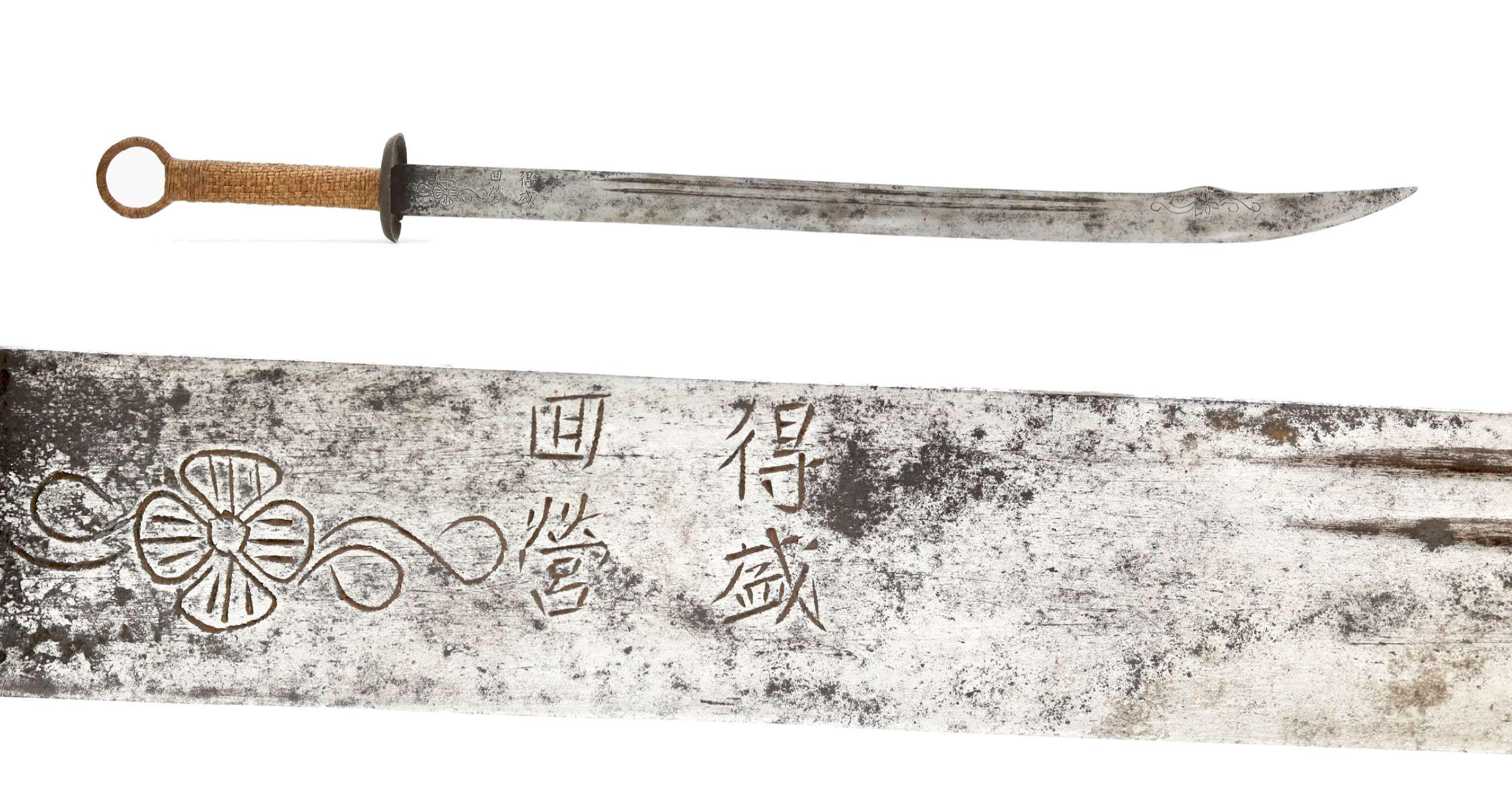