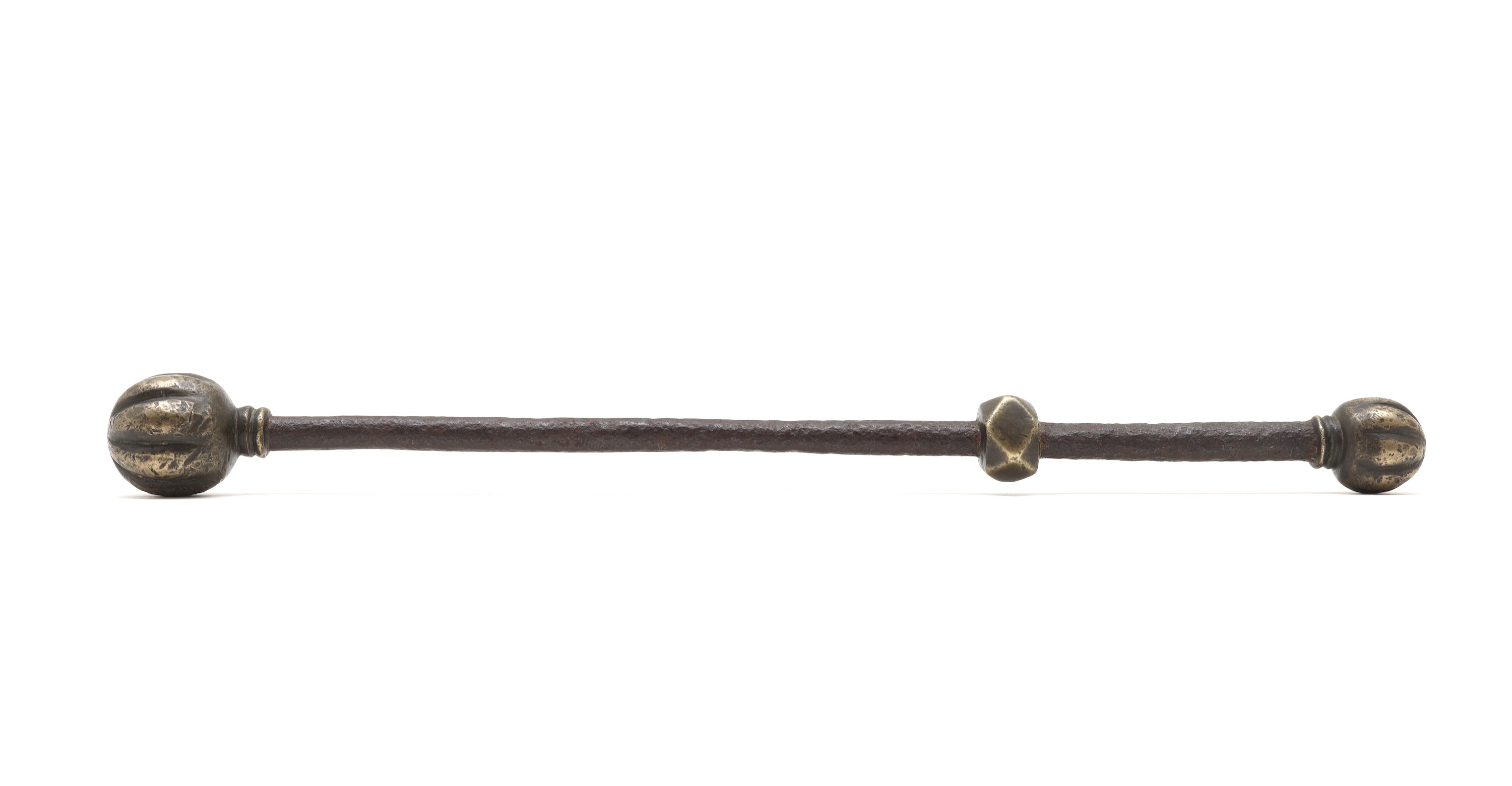 Maces with garlic-shaped heads appear in Chinese military treatises since the mid 11th century. Their military use seems to have waned by the late Ming, but they remained in limited military service and civilian use well into the Qing dynasty. 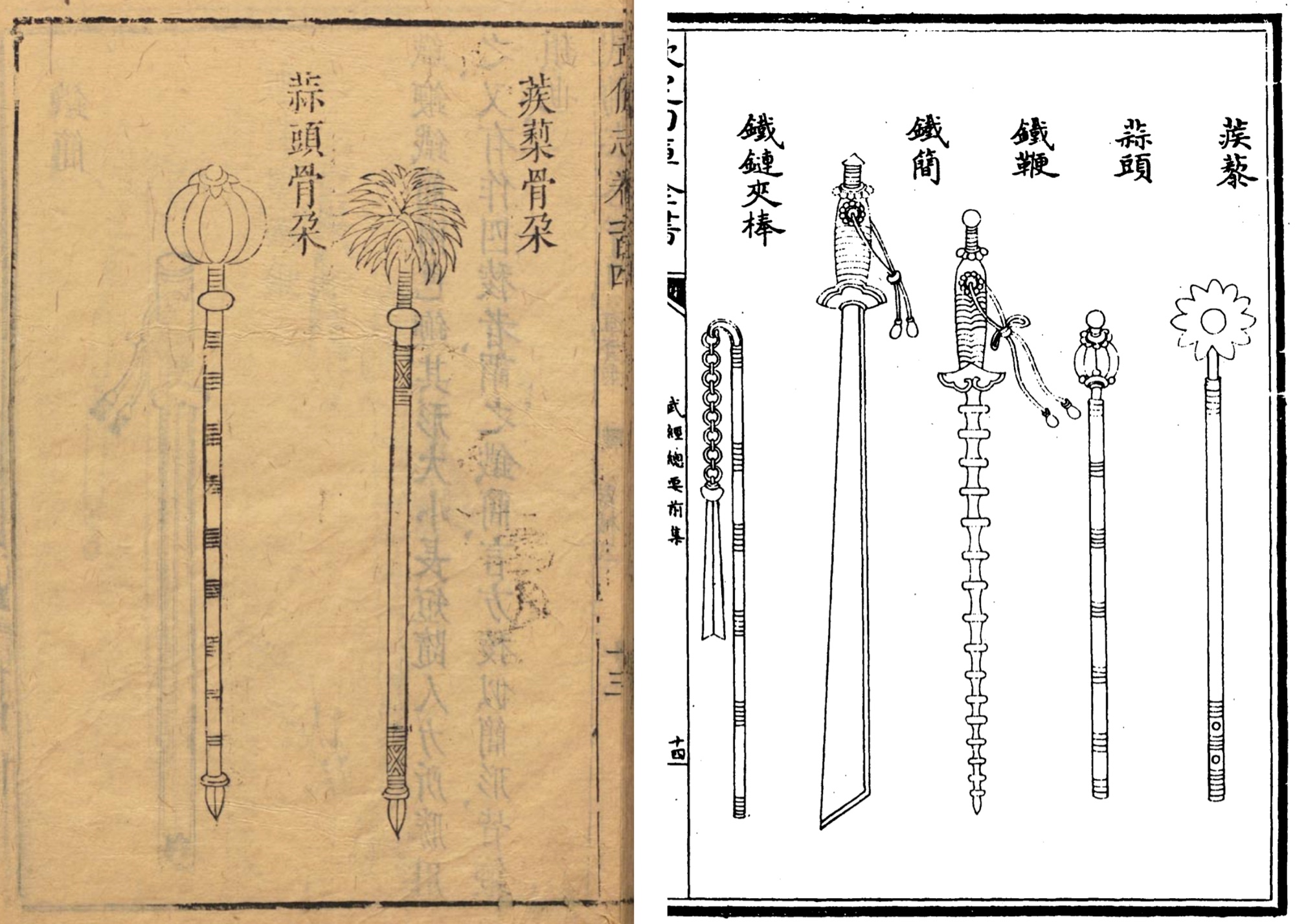 A typical example of an antique Chinese garlic mace. It consists of an iron rod of round cross-section, with a cast brass head with eight "cloves". The hilt consists of a brass polyhedron with 14 facets, a form also described as a truncated cube. The pommel mimics the mace head and differs primarily in size.

Dating is difficult with these, as styles seem to have changed little. Most collectors attribute them to the Ming dynasty but I believe their use did continue into the Qing but they did become far less common. 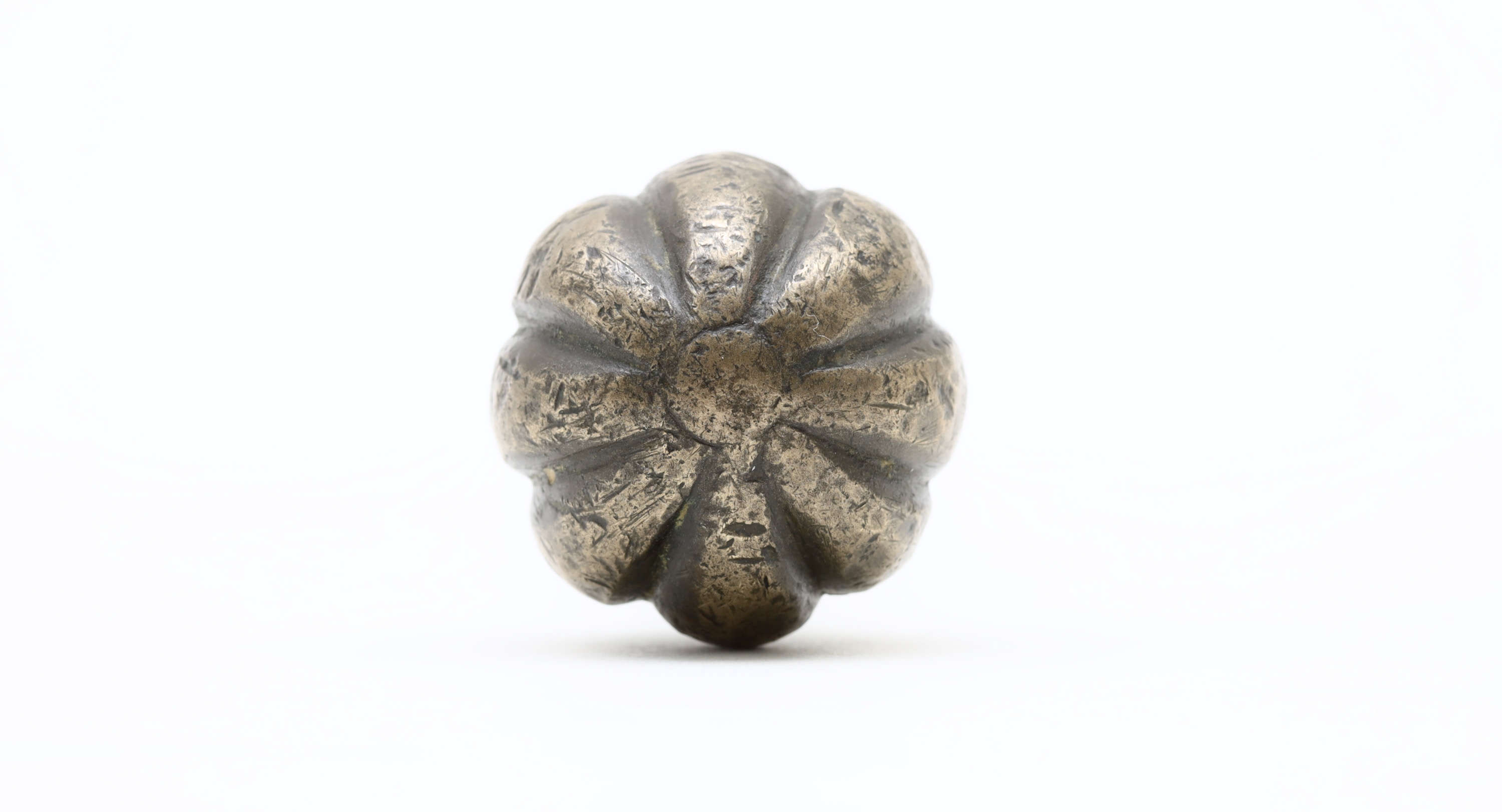 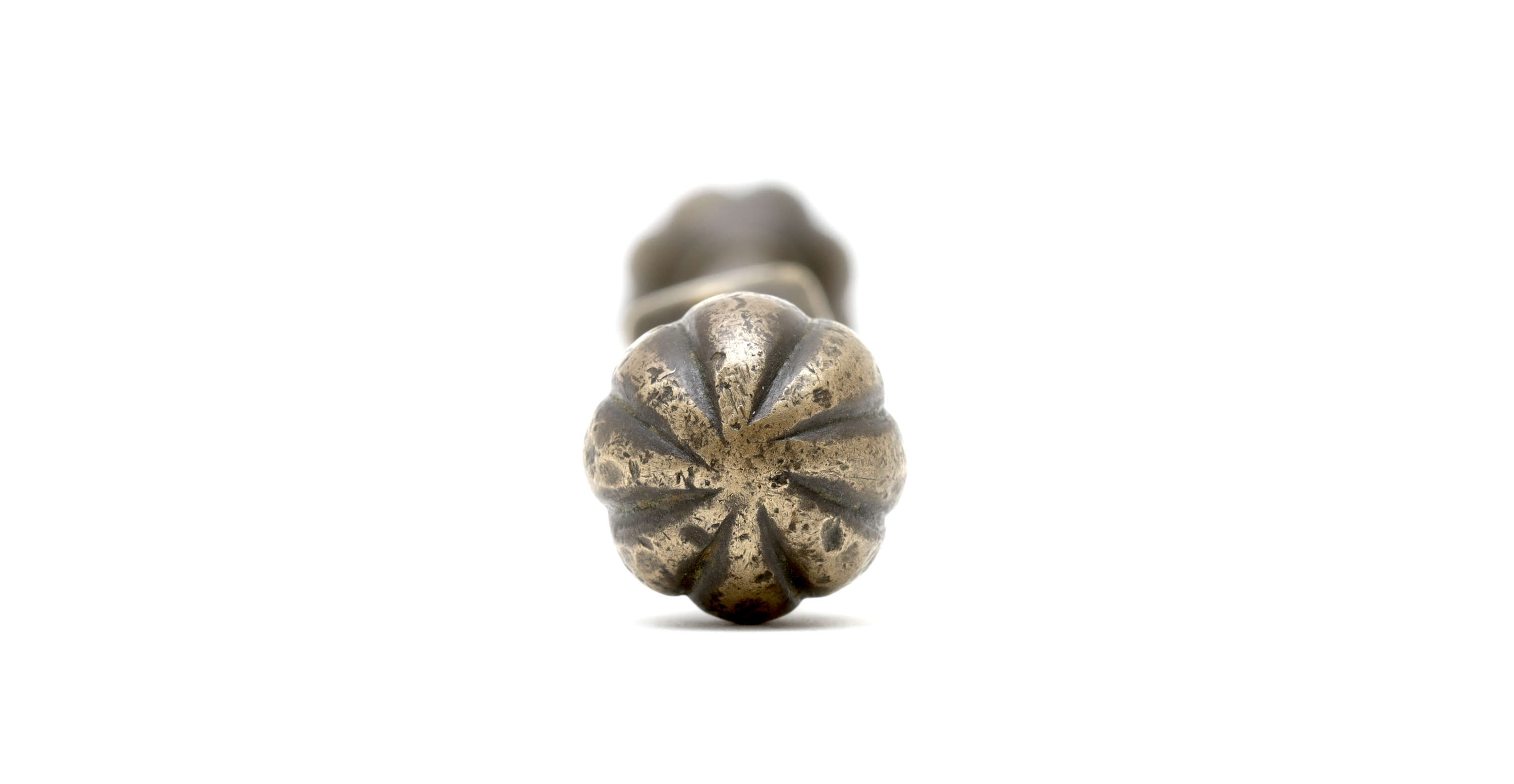 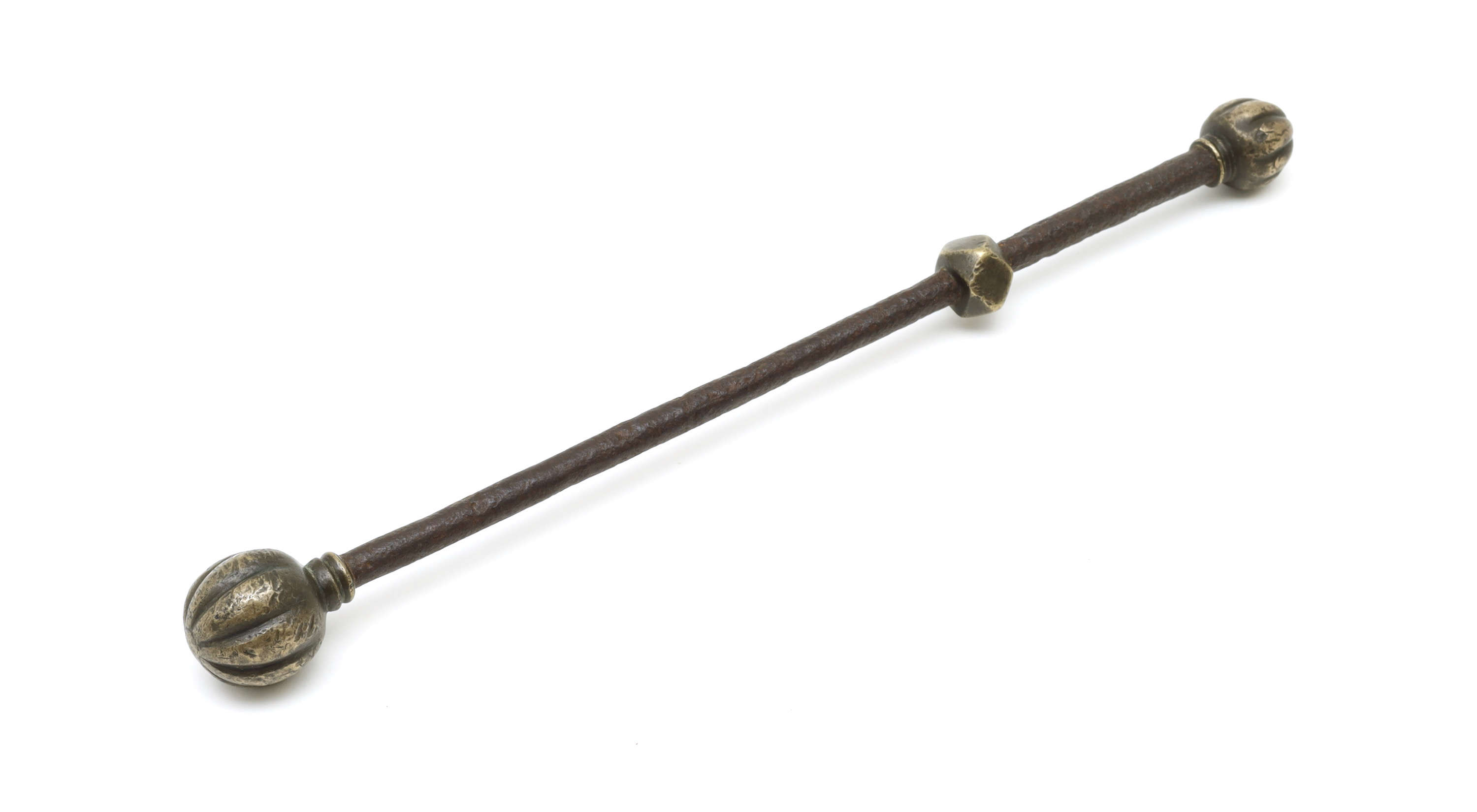 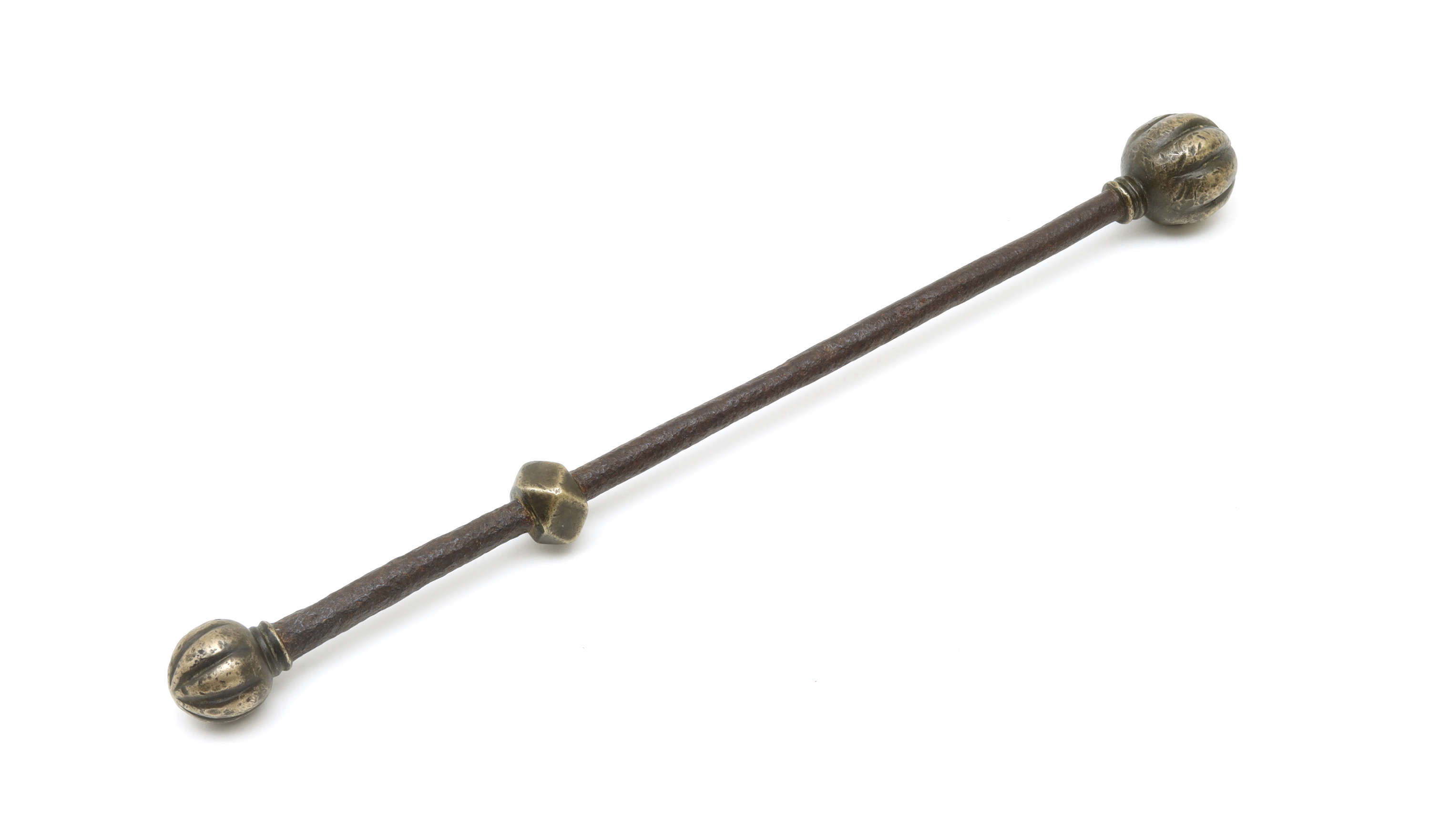