A Chinese forked mace with cast ornament in the middle of the cross guard. The ornament depicts two yazi dragon, from the mouth of each emerges one of the iron prongs. Yazi is one of the nine sons of the dragon, a wolf-like creature it is the most aggressive of dragon and is therefore often depicted on weapons.

The main rod is a rounded hectagonal cross-sections with the two facing flats being wider than the four facets pointing towards the sides. The guard's quillons are recurved and provide just enough space for a reversed grip.

Hilt is a solid full-tang construction with a facetted iron pommel forge-welded on. It was probably once covered with cotton. wrapping.

As civilians weapons, these are not very well documented in Chinese literature. They are probably a member of the family of tiějiǎn (鐵鐧) or "iron maces". Other terms used by collectors are tiěchǐ (鐵尺) or "iron rulers". There may be something to this, as the rod is exactly the size as a fairly standard sized antique Chinese ruler of which I purchased a bundle in Beijing many years ago.

Among Chinese collectors such forked maces with cast monster head in the center of the guard are thought to be Ming. I have not been able to either debunk or verify that claim, but the type of weapon must have been around for some time. It was adopted on the Ryukyu islands of Japan, and became one of the staple weapons of Okinawan martial arts. Here, a mature system is already described in 1668.1

I have however been able to find a mid 18th century woodblock print illustration of a man wearing a weapon very much like this one. 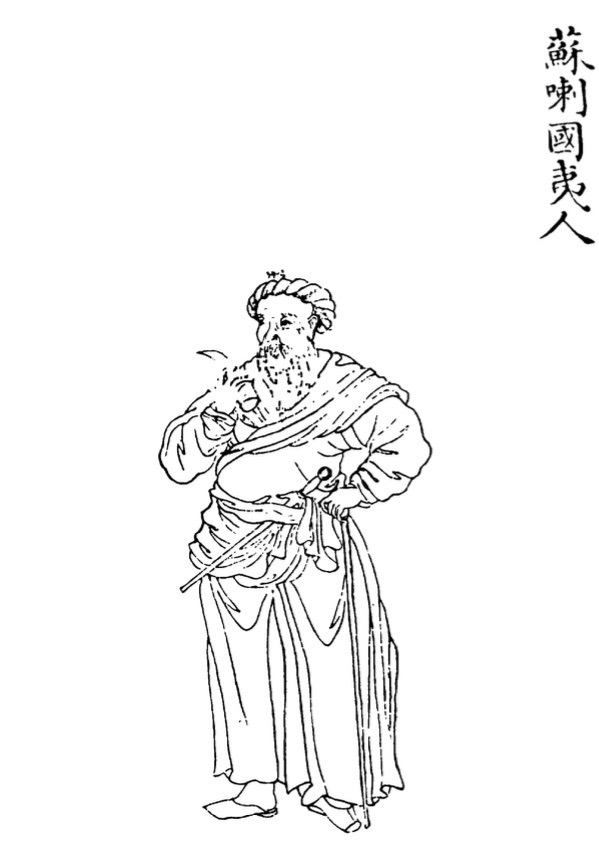 The illustration is from the woodblock edition of Huáng Qīng Zhígòng Tú "Imperial Qing Portraits of Periodical Offering", depicting all the peoples that came to bring periodic tribute to the Qing court. This particular edition dates from the 15th year of Qianlong, or 1741.

The man depicted is described as Sūlǎ guó yírén (蘇喇國夷人) or "Barbarian from Sula". The accompanying text explains that Sula is near Hui (Muslim) territory in the southwest. The weapon depicted is remarkably similar to the item described in this article. Another, full color version of the same text depicts the same man with a slightly different, bronze colored forked mace.

Ethnic minorities at the fringes of the empire were known to hold on to earlier Chinese weapon designs much longer than the Chinese in the east where fashions changed quickly.

An interesting Chinese mace, of the forked type which formed the inspiration for sai in Okinawan martial arts. A handy little parrying weapon that may well be one of the oldest of its type I've had through my hands so far. 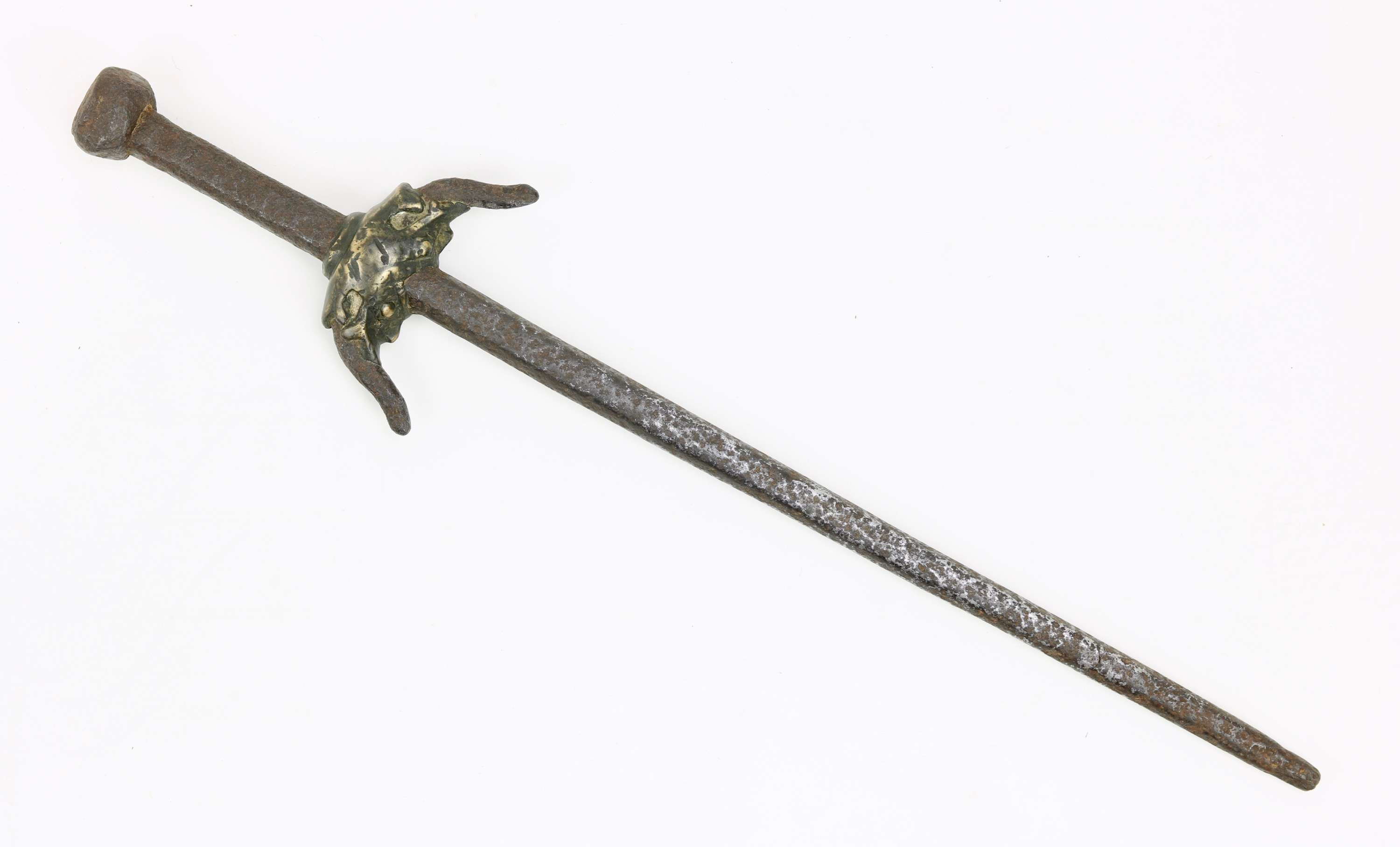 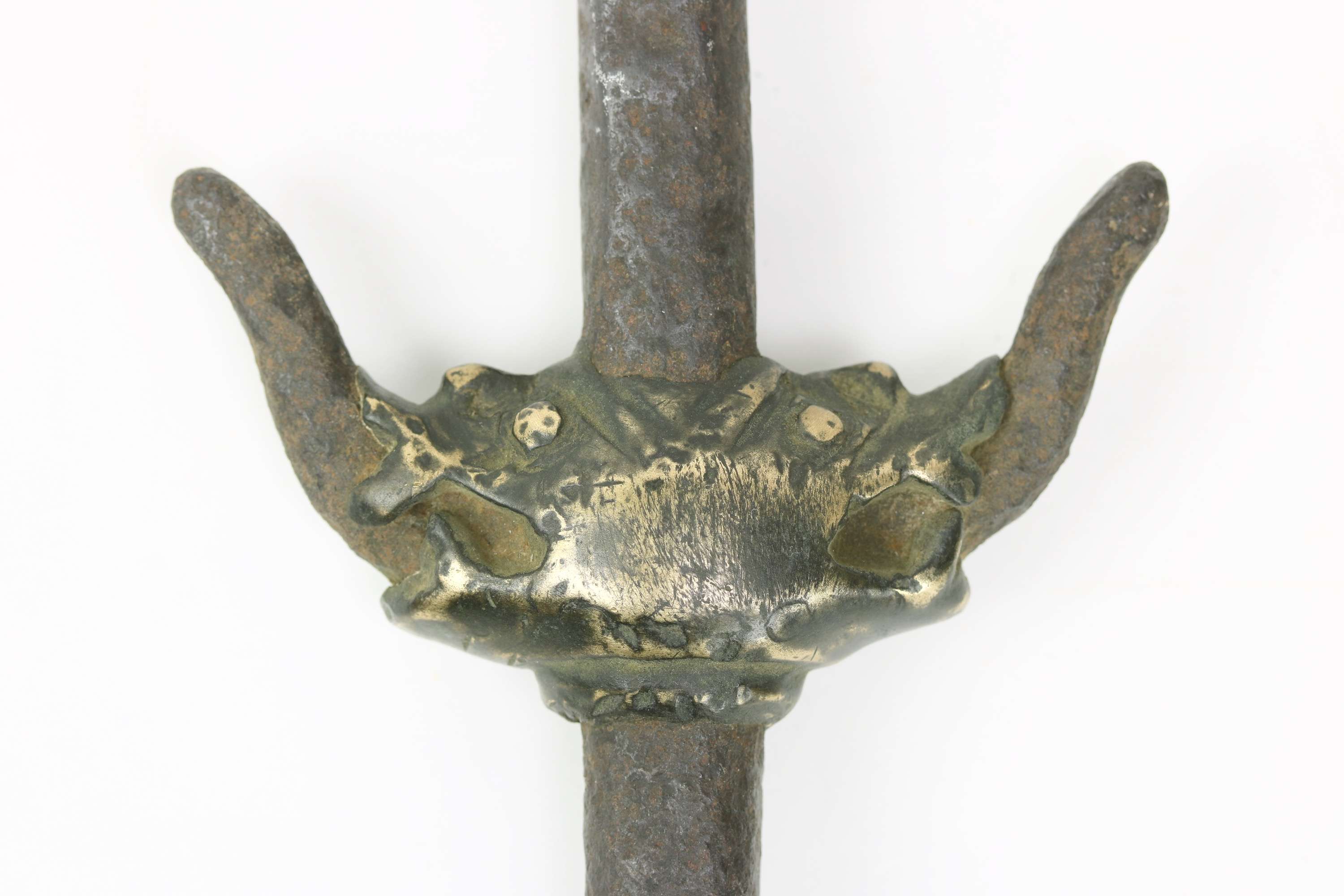 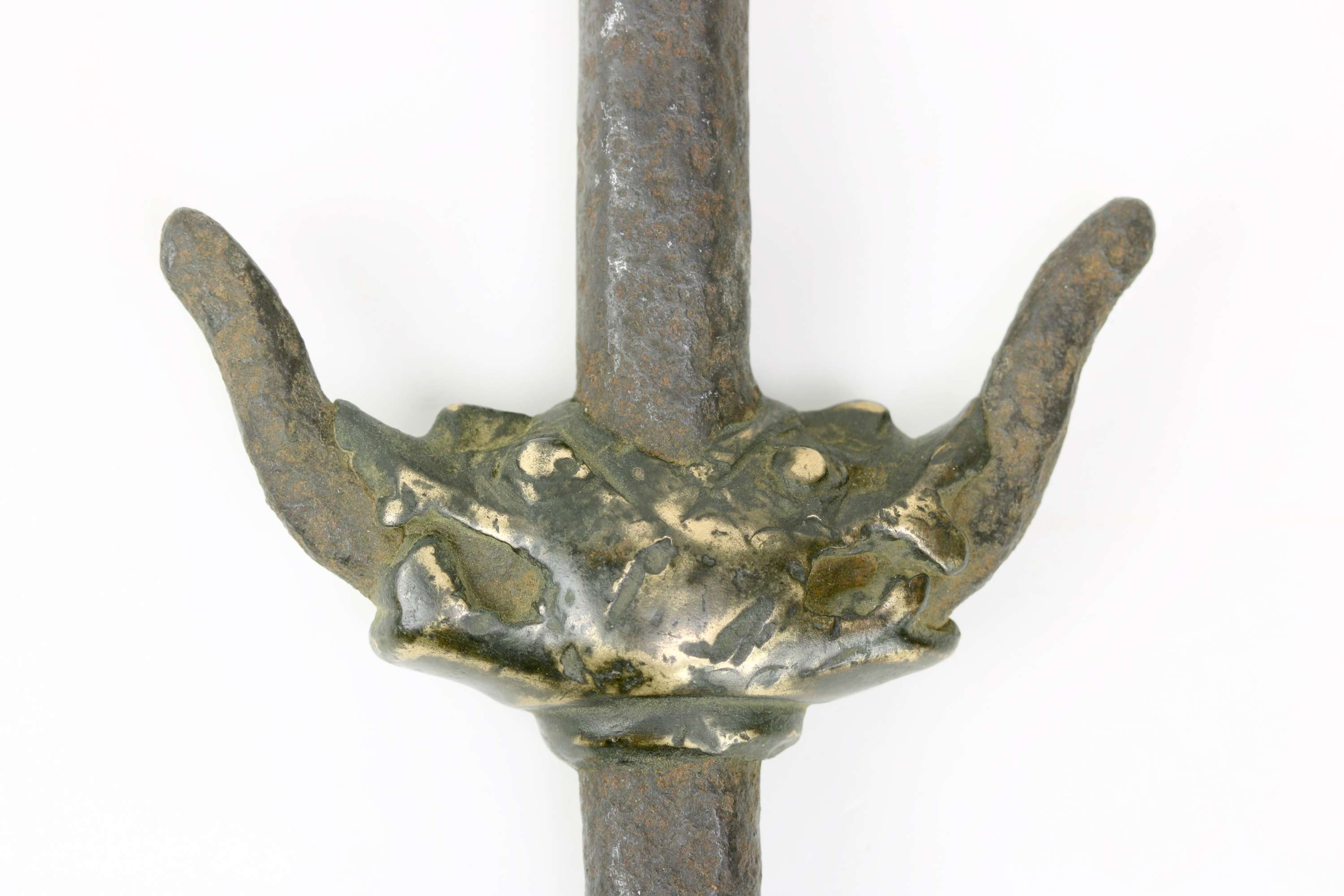 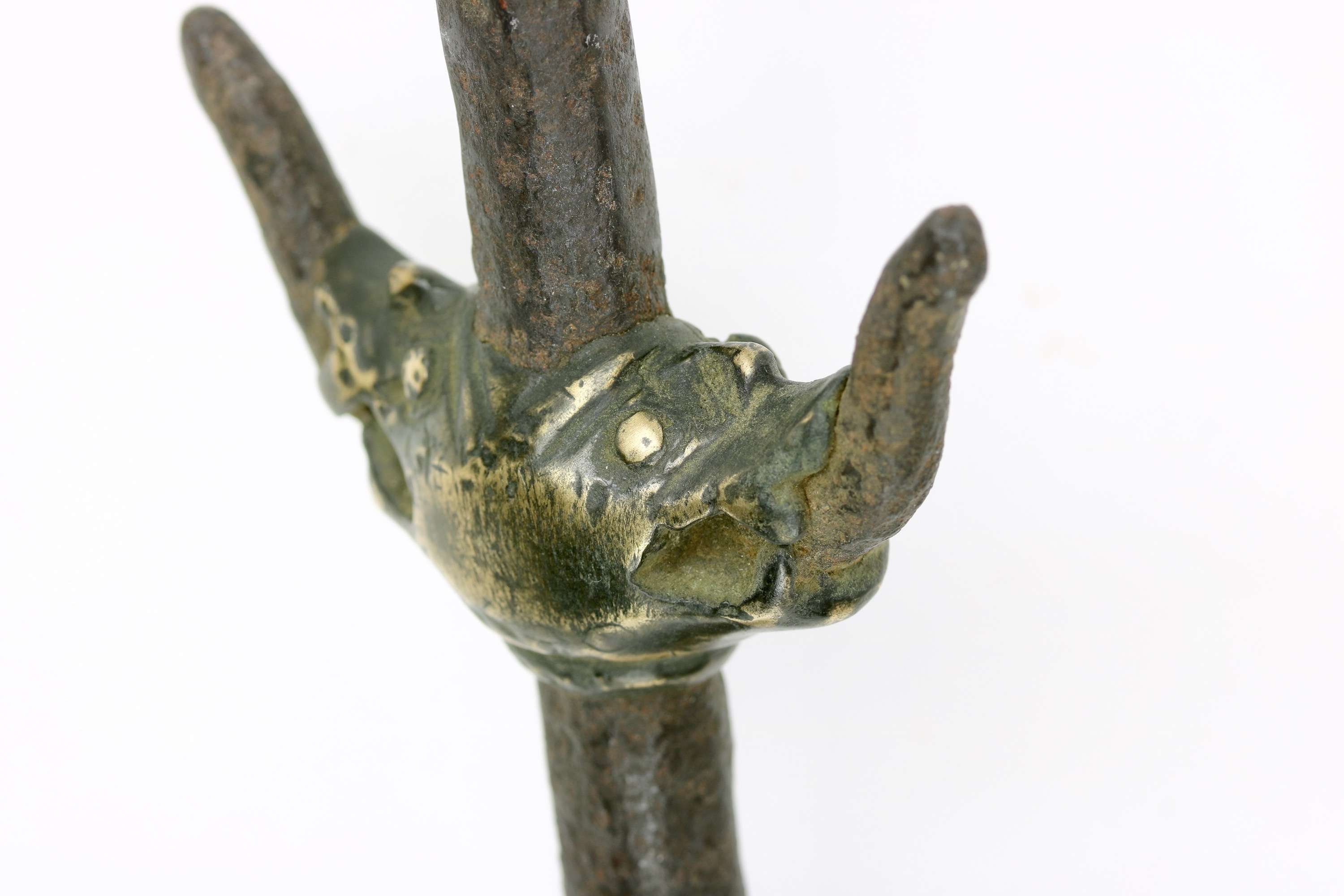 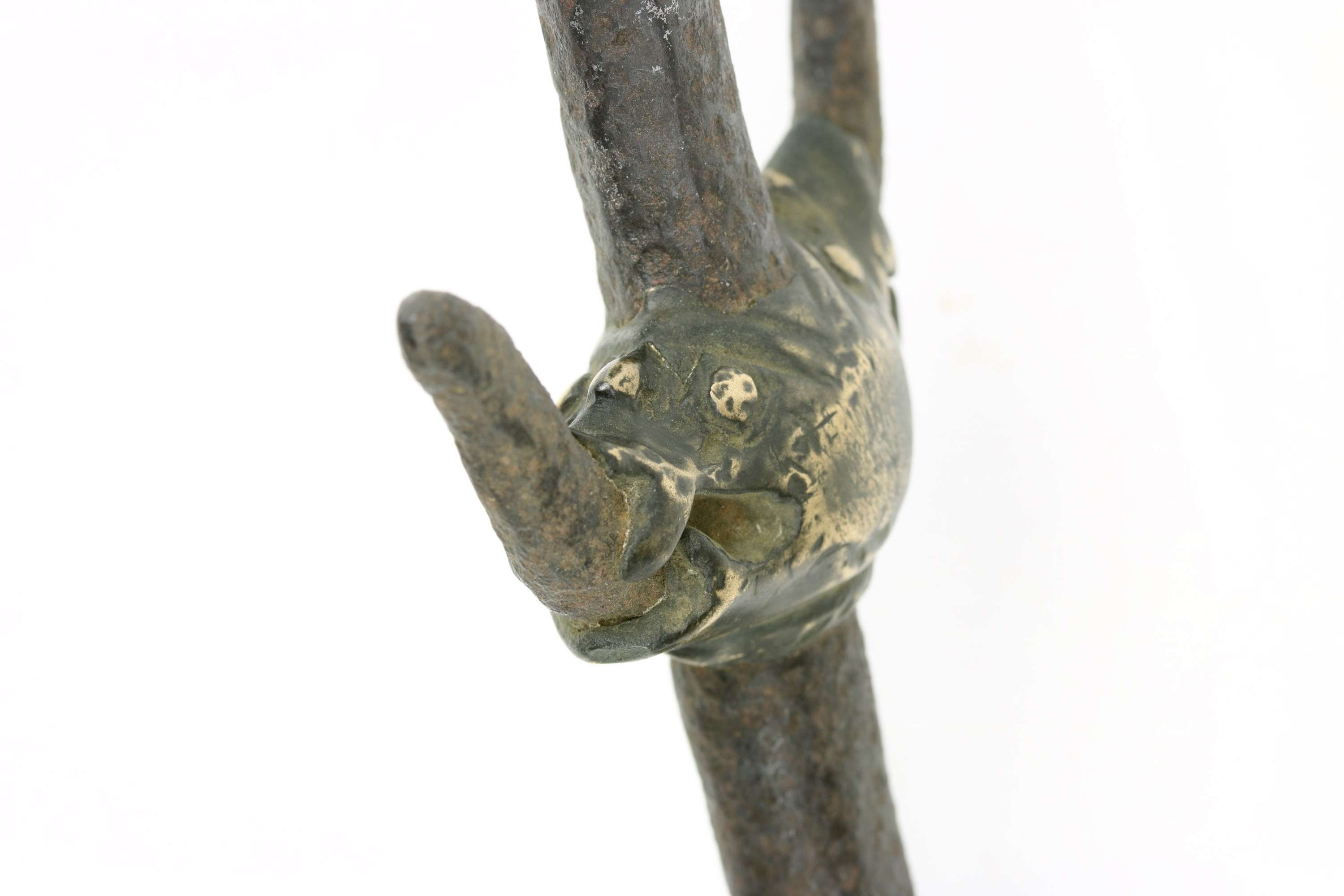 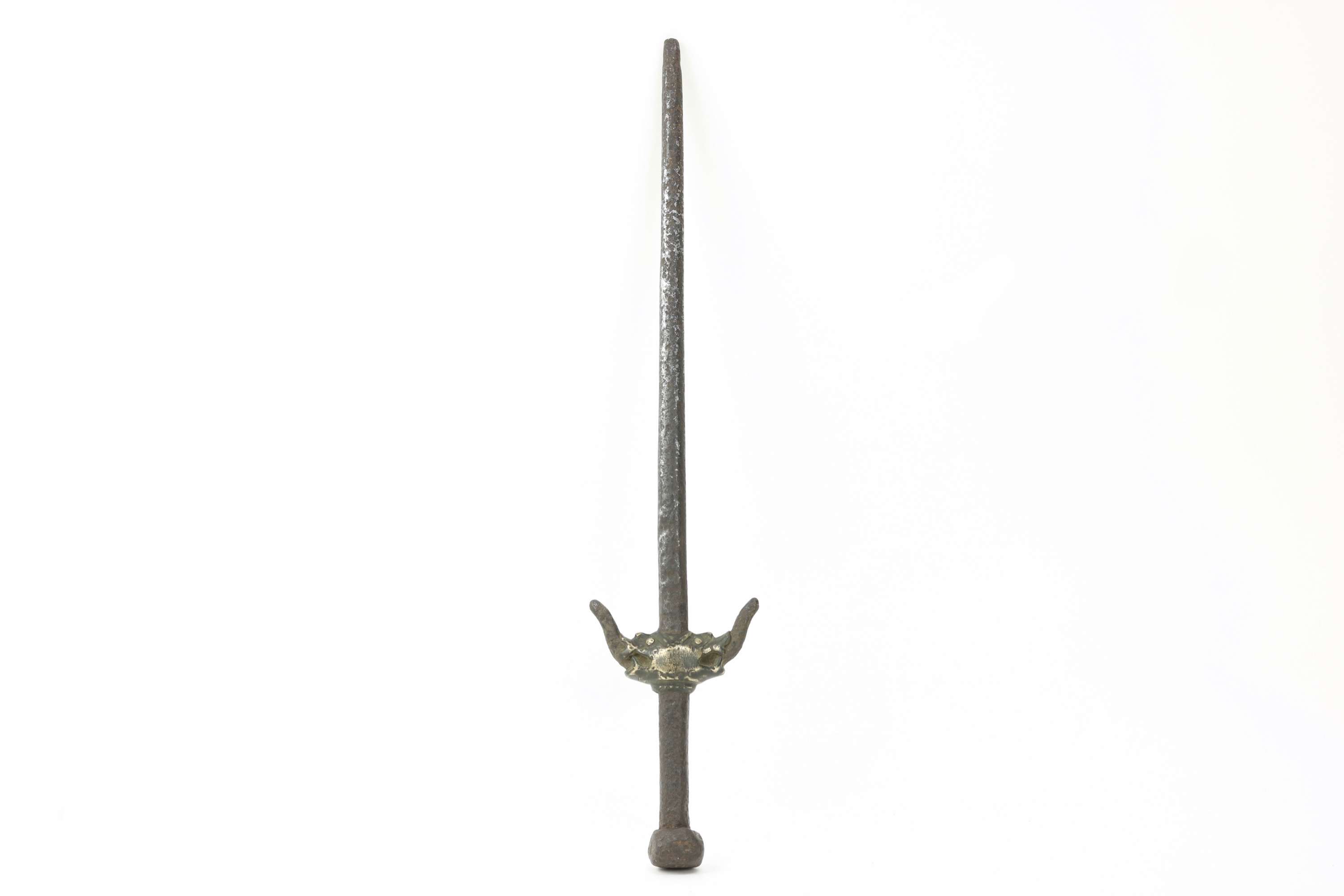