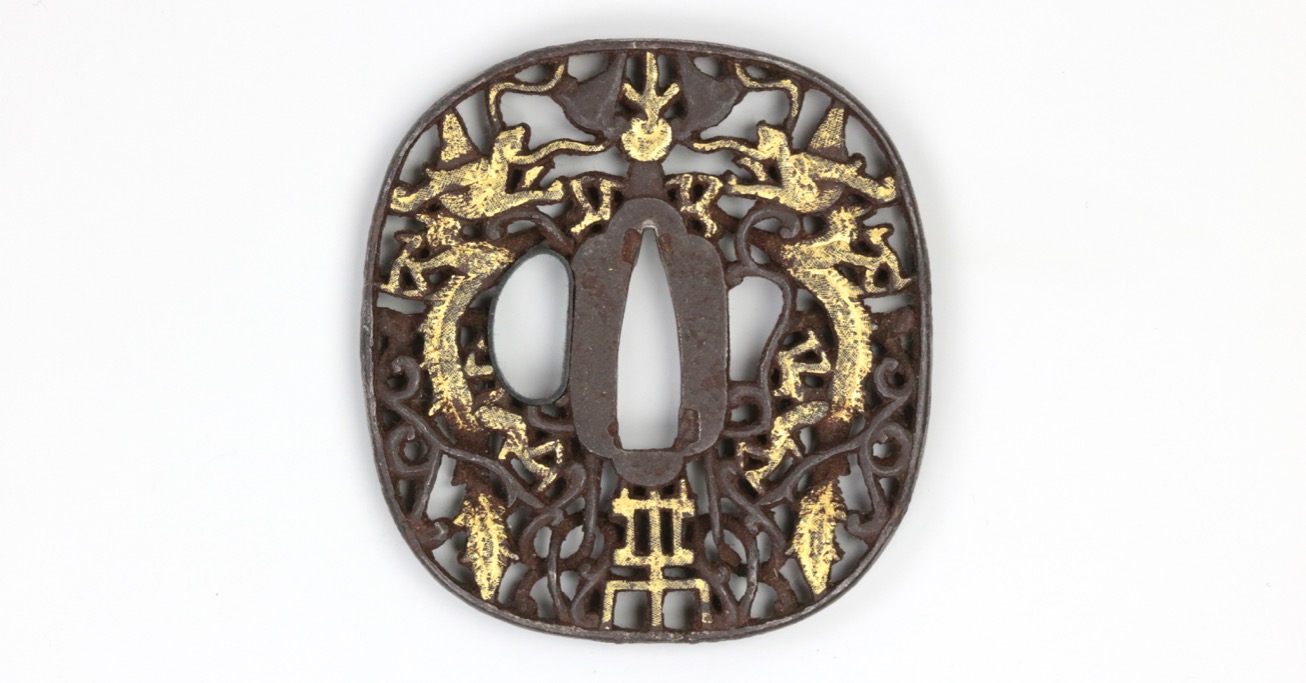 Chinese for the Japanese market.

Adjusted for Japanese use.

An iron openwork guard two dragons chasing a flaming pearl. The wiry flames on the pearl as well as the spread of the claws of the dragon suggest it probably dates from the late 17th century to 18th centuries.

This example seems to have been made with export to Japan in mind because of the hitsu-ana like opening to one side of the tang opening. The other opening was either enlarged or added at a later stage. The aperture is lined with a copper/gold alloy called shakudo that was patinated to a deep dark blue, resembling lacquer.

The bottom of the design has a simplified character in seal script, often it represents 嵩, the name of a holy mountain in Henan. The character is probably an alternative to the actual depiction of rocks in such a scene called qunshan, in the form of three mountain-peaks rising above the waves, representing the unity of the people under the protection of the Emperor.

The scrollwork has no less than ten undercut tendrils. The shape of the plate for the tang aperture, plus the attempt to make an aperture on one side (that is not big enough for Japanese use) hints towards this guard being made abroad but probably with export in mind.