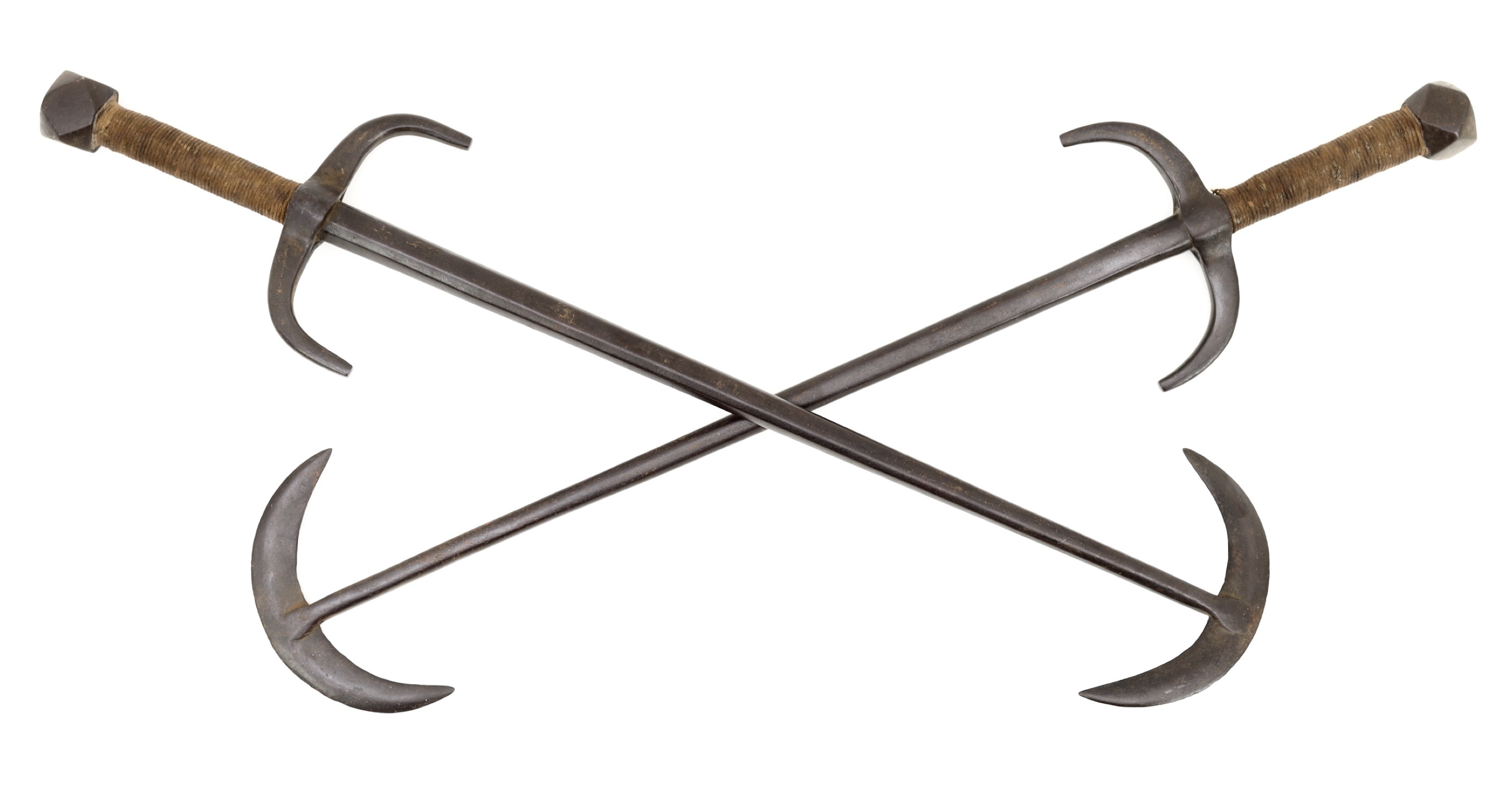 Chinese martial arts are famously known for the use of a wide array of weapons. Some weapons are peculiar to a certain region, some may even be peculiar to a single martial art. Not surprisingly, perhaps, considering the size of China, that every once in a while a unique weapon turns up that eludes classification.

Today we have another such weapon, or rather, a set of weapons.

The overall shape resembles the chāi (釵), a Chinese weapon that spread to Okinawa and got known there as the "sai" which has the same handle with a fork-like guard, with a long central bar. Like many chāi, the rods have an octagonal cross-section and taper gradually in thickness. The substantial guards have a rectangular cross-section and marked taper towards the ends of their quillons.

A significant departure from conventional chāi design is that at the very tip of each of the bars here is a large crescent moon with semi-sharp edges. Overall workmanship is pretty good for this type of weapon.

The handles are wrapped with cord, retaining the original wrappings that are still tight.

The pommels are iron truncated cubes. Both pommels are slightly offset from the alignment of the guard and moon tips, but both in the exact same way so it is most likely deliberate.

Some stabilized corrosion here and there. Pretty good condition.

I've sold one rather similar, but more stubby set in 2019. At the time no others were known to me so I suspected it was perhaps a custom set made to order. By a stroke of luck, this second set was offered to me this year indicating that it was a class of weapons, albeit a very rare class.

This set (left) compared to a set I sold previously (right). 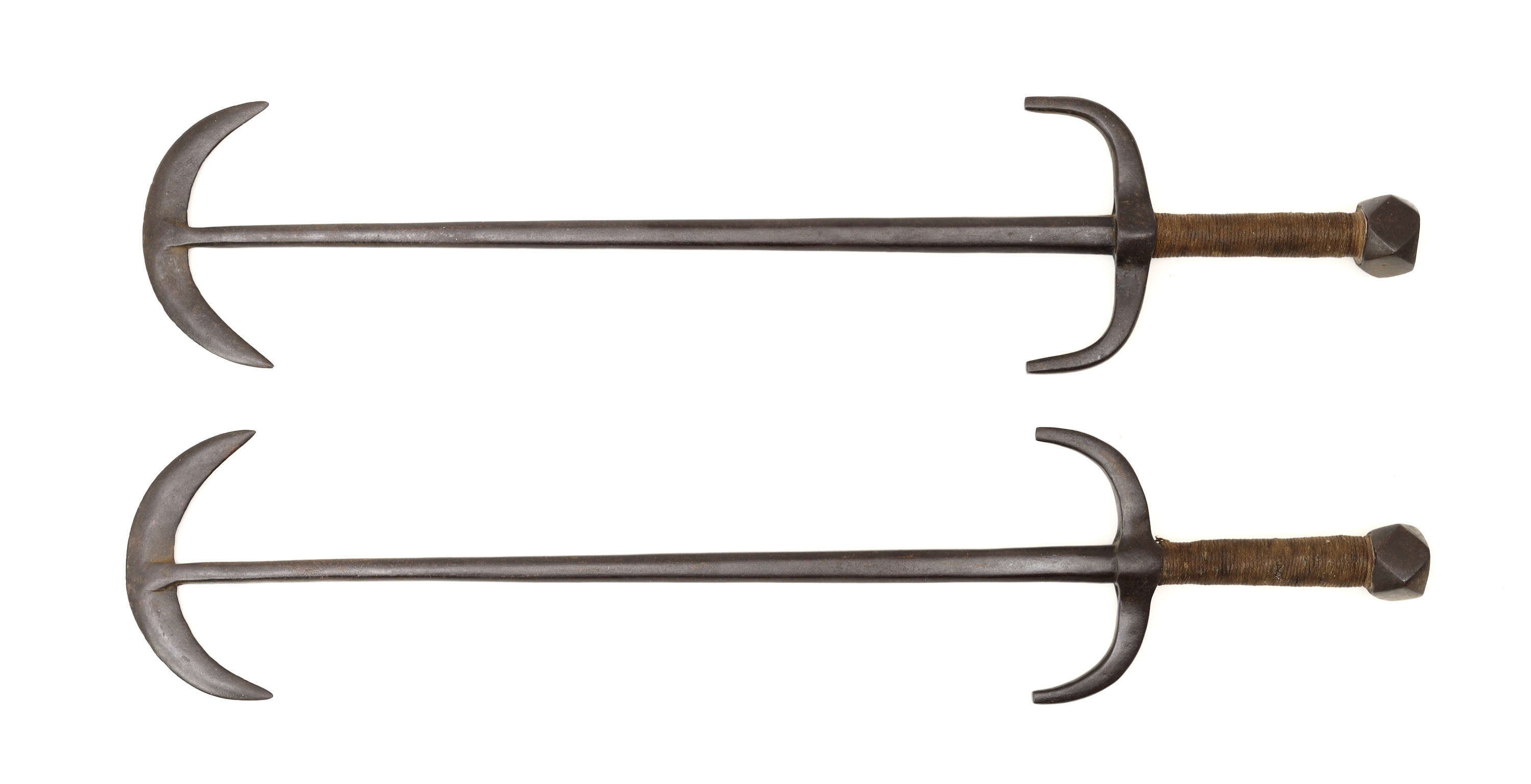 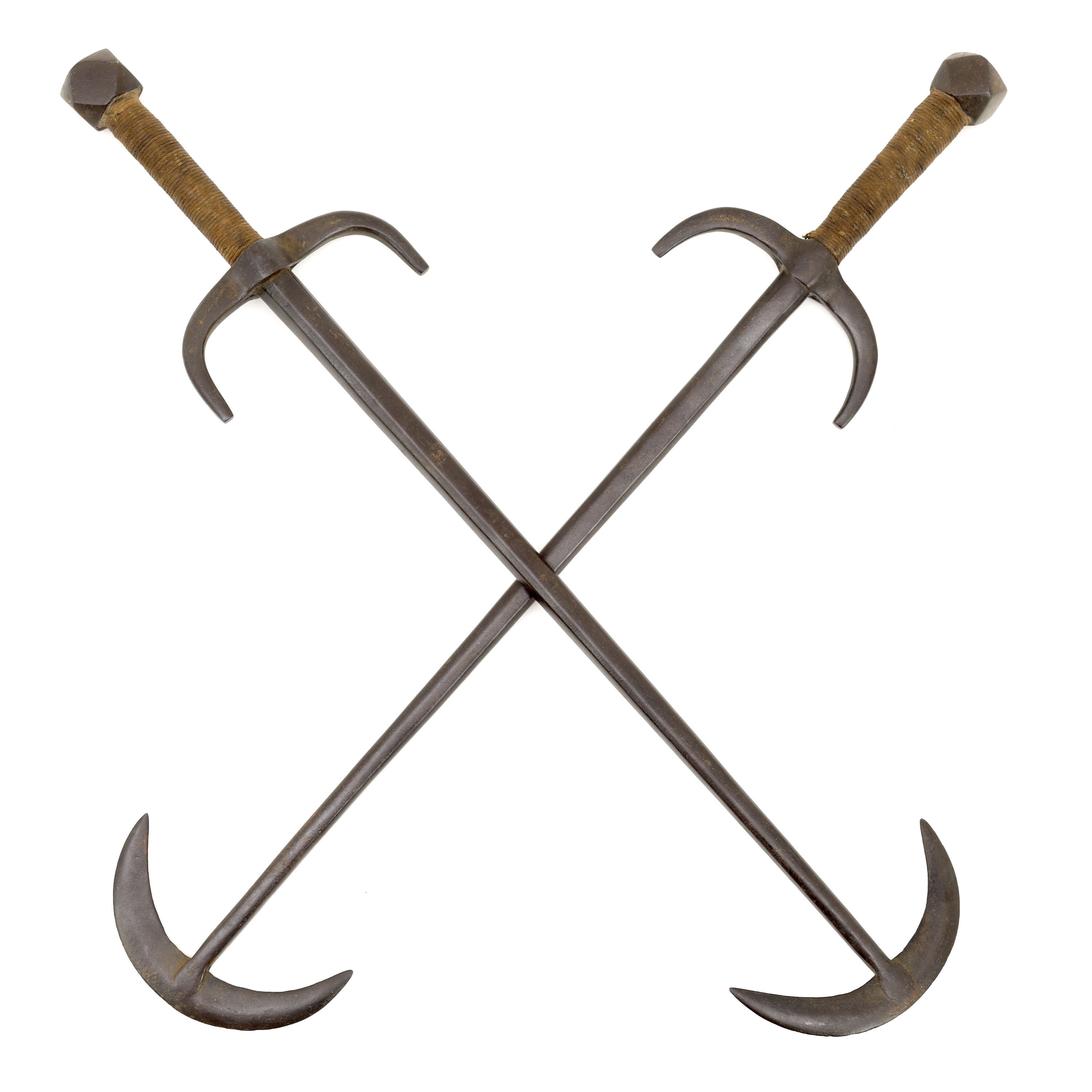 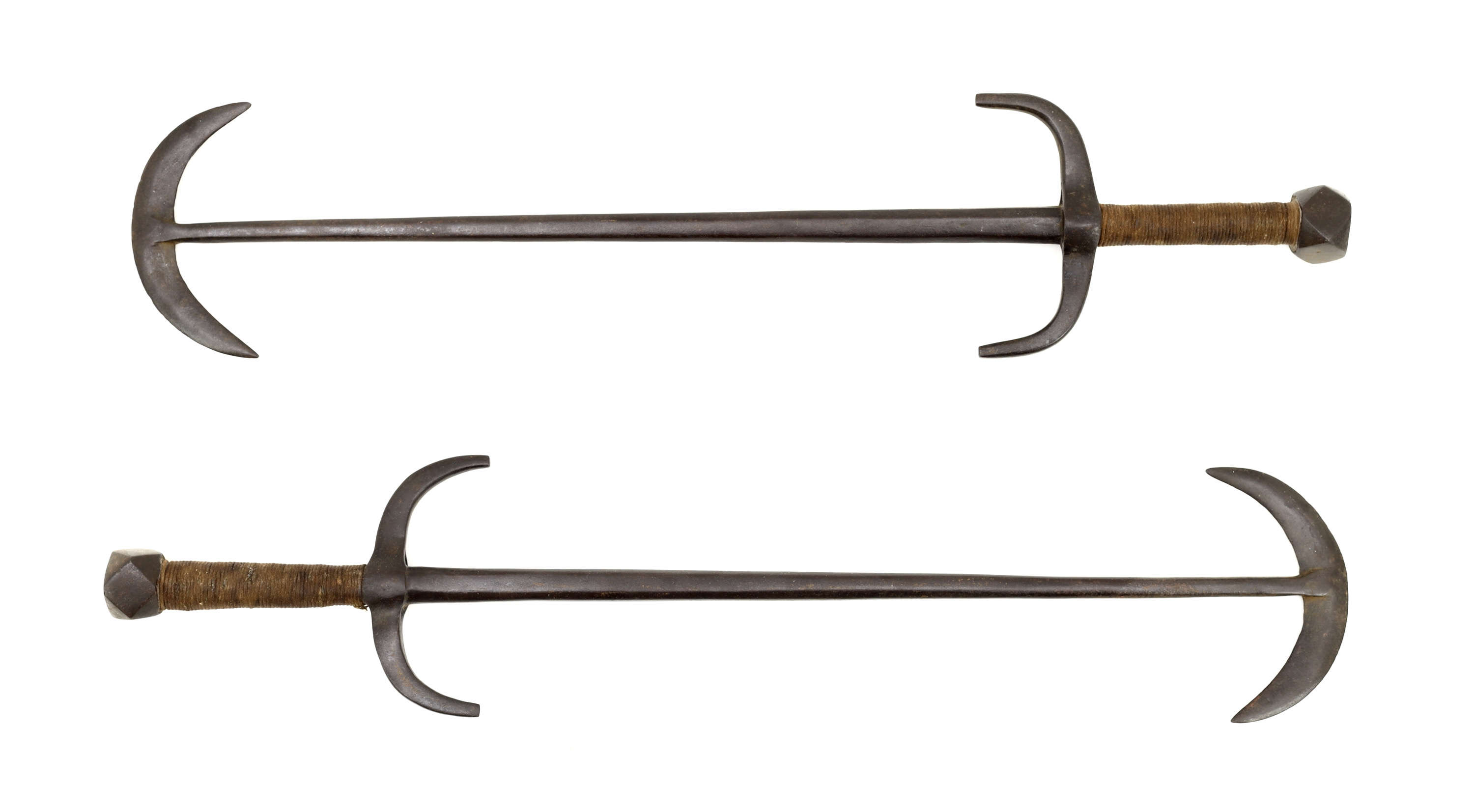 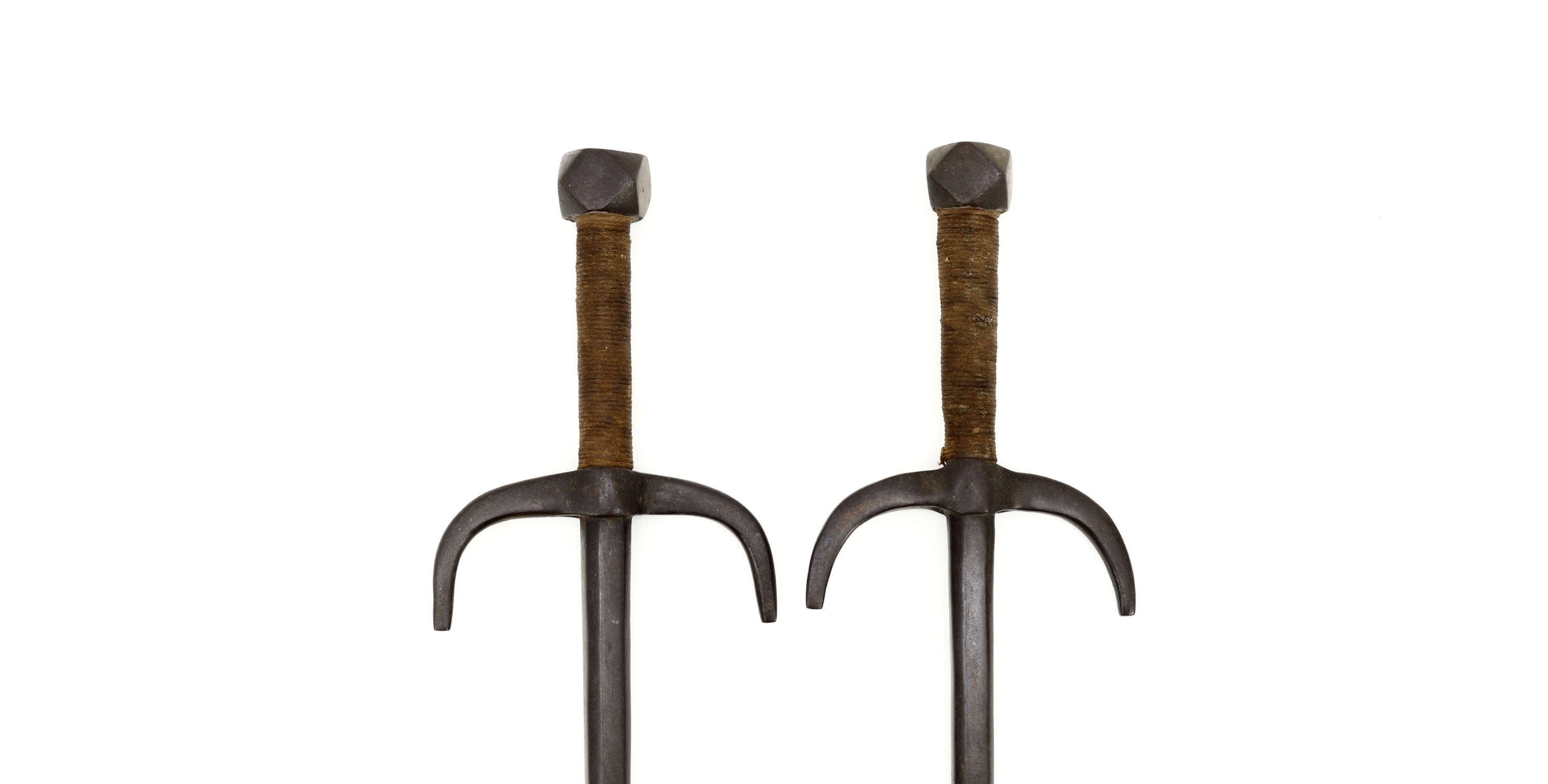 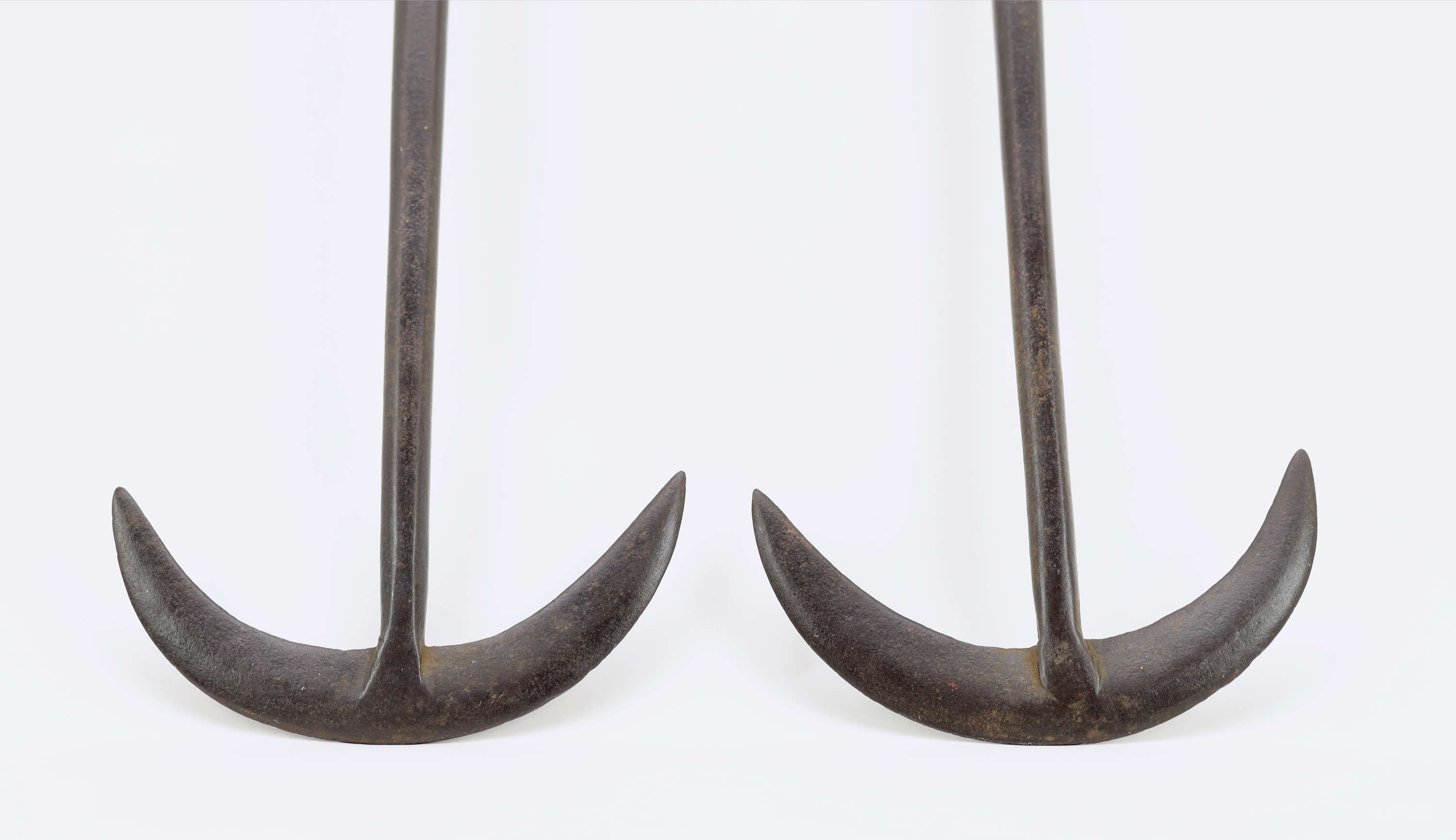 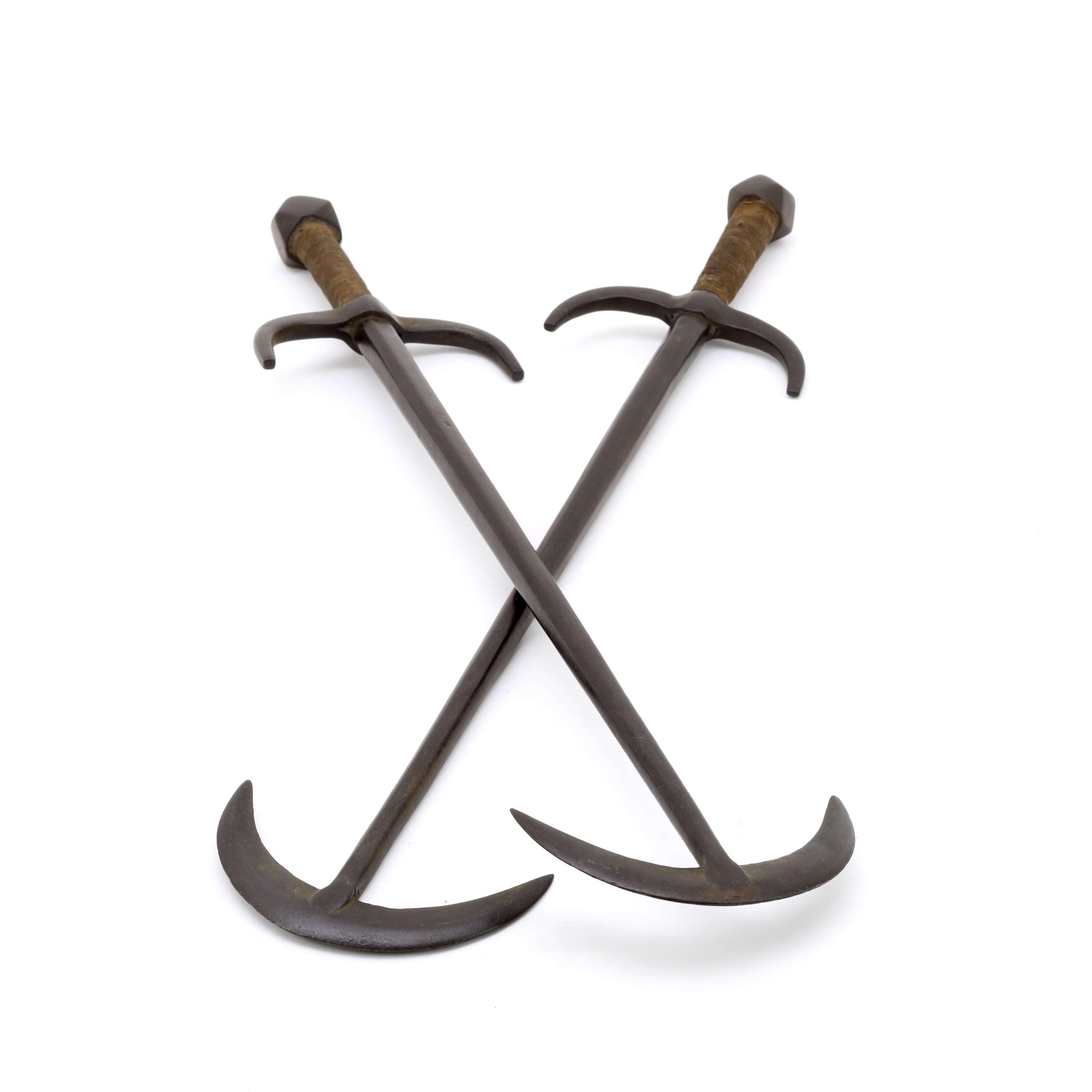 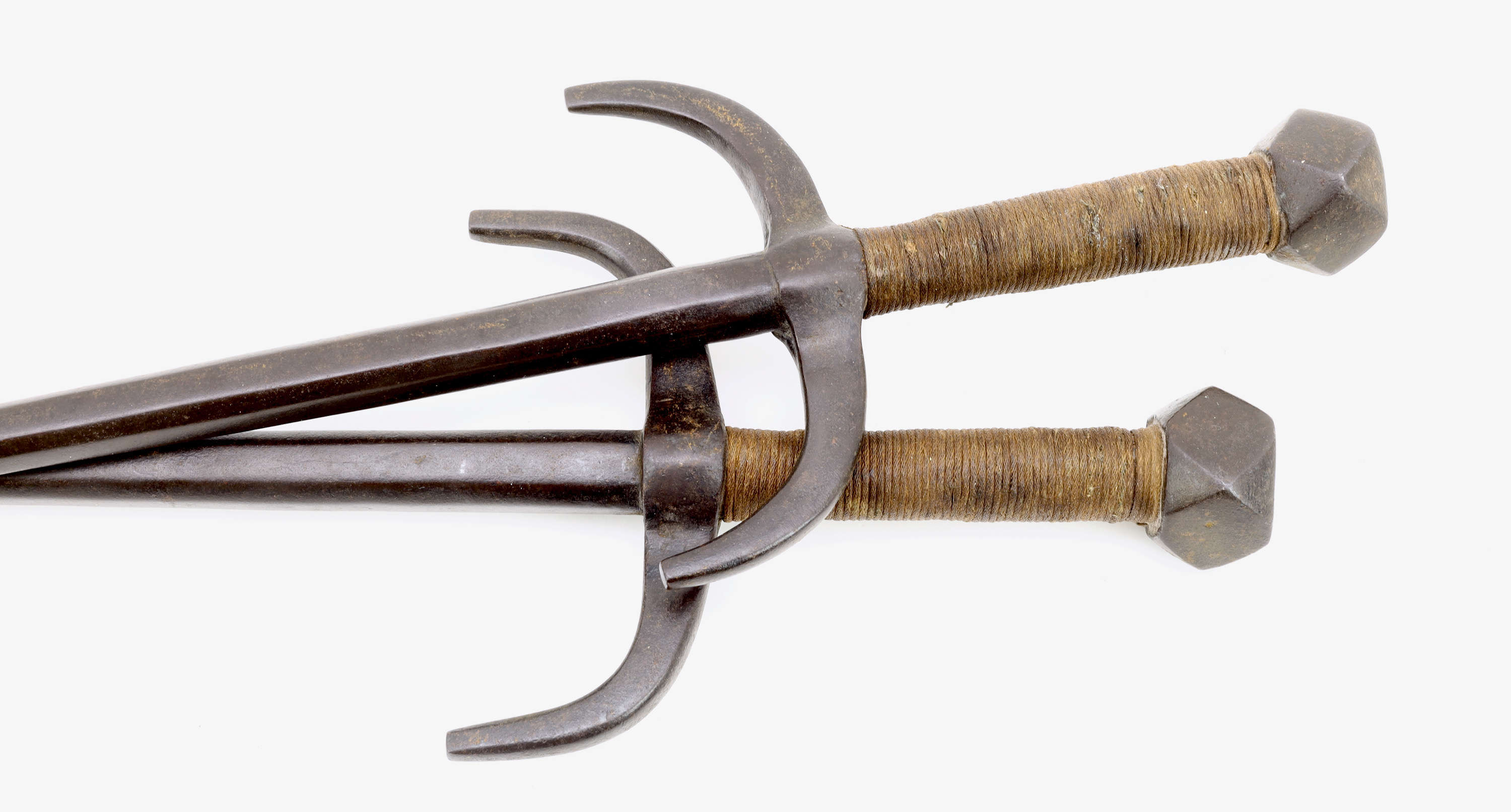 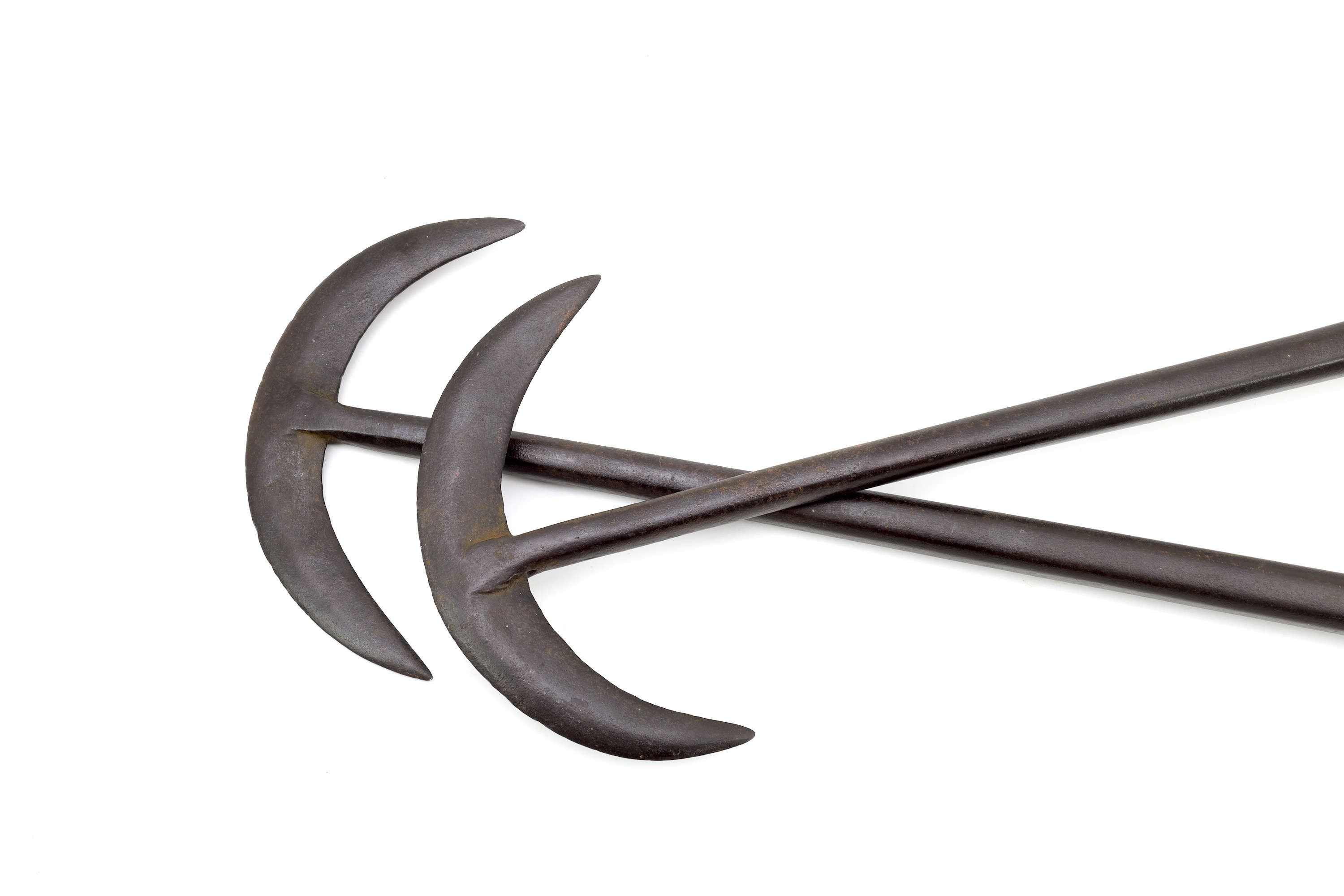