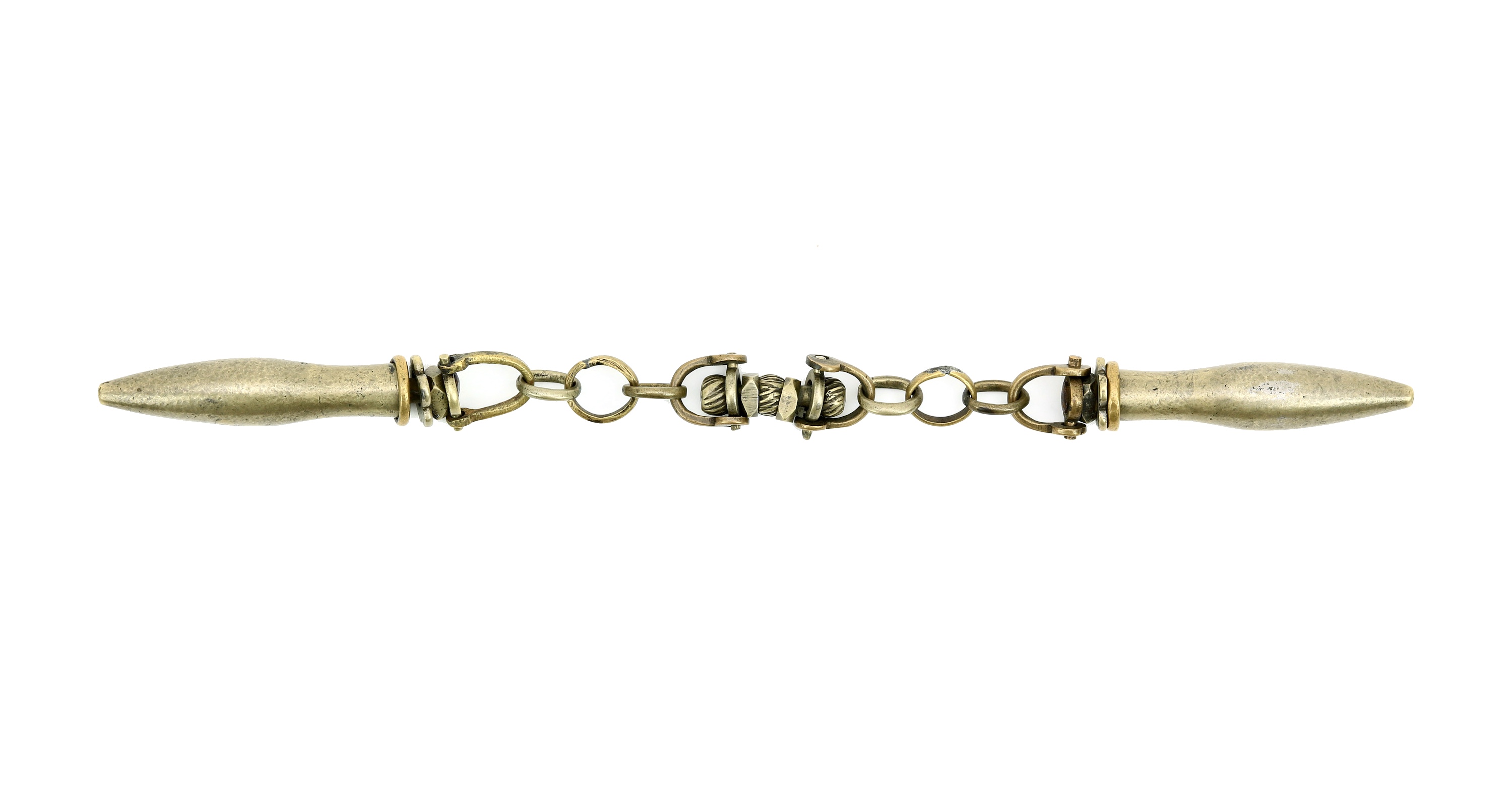 China is home to a number of traditional flexible striking weapons. Iron versions are called ruǎn tiěbiān (軟鐵鞭) literally means "soft iron whip".1 They usually consist of a grip, a chain, and a weighted tip, but sometimes have such a tip on either side. Lengths vary greatly, from short to 160 cm.

These flexible "whips" always tend to be made of iron.

The piece comprises of two heavy pointed ends with a thickened center and a waisted end. In the back of each head is inserted an iron pin to which the chain is attached. The chain consists of four hoops, six rings, some of which brass. It has a centerpiece with three turban-shaped elements connected with an iron pin. It probably served to give the wielder a quick reference as to where the piece was gripped, without looking.

Folded it can be easily concealed and I suspect it's a brawler's weapon.

Báitóng is an alloy of copper, nickel, and zinc that is thought to have been used by the Chinese as early as the 10th century A.D. Initially the alloy was found only in Yunnan.1 During the Qing, the export of this highly prized material was forbidden but was nevertheless smuggled plenty through maritime trade. Read more in my glossary article: Báitóng.

The use of báitóng in this piece is curious. It was a precious and expensive material at the time, as it was only mined in China and not yet produced, so it might have simply been a luxury version of one of these. Another possible reason for its use is that the alloy is about 10% heavier than iron and so you will have increased striking power for its size. 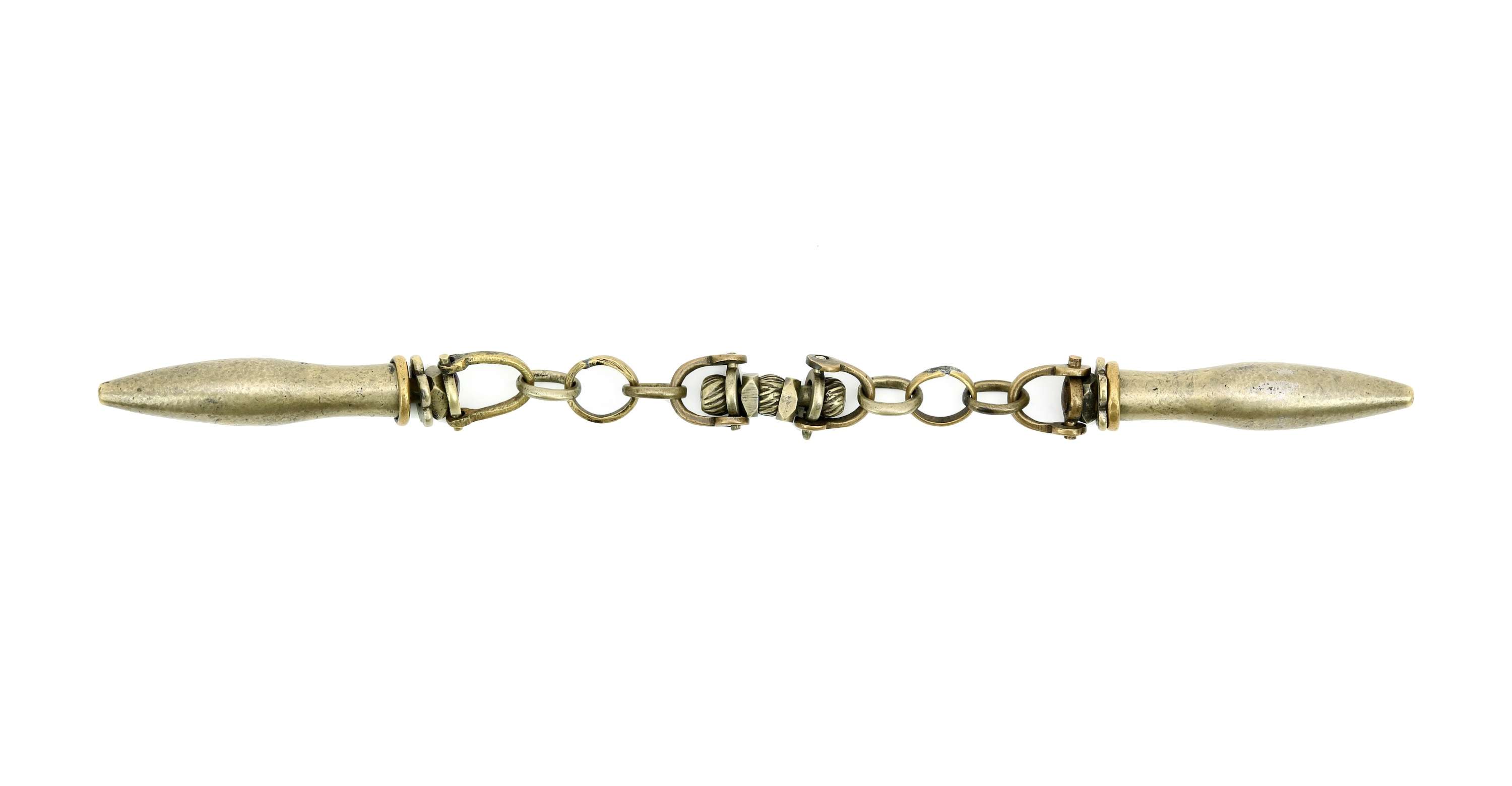 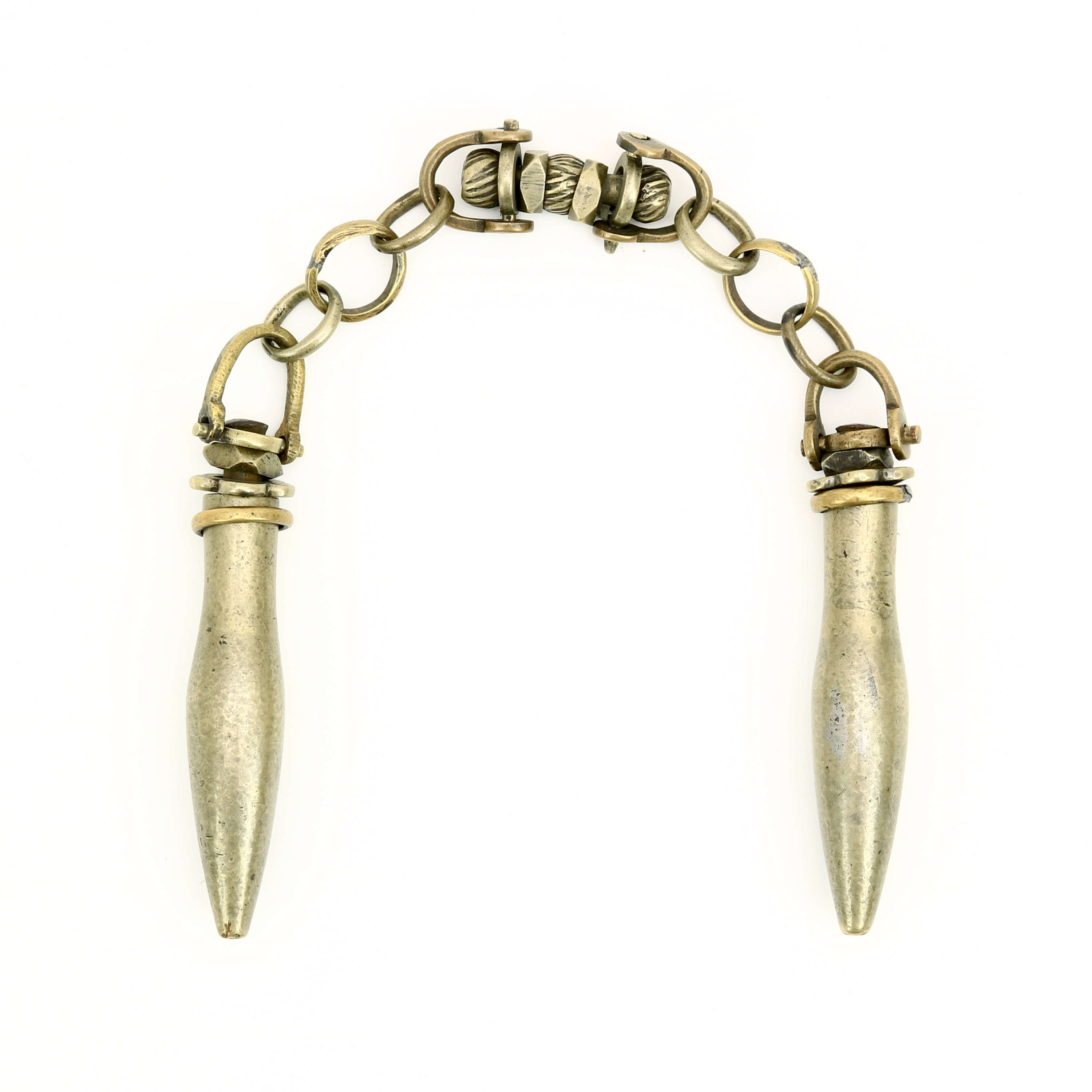