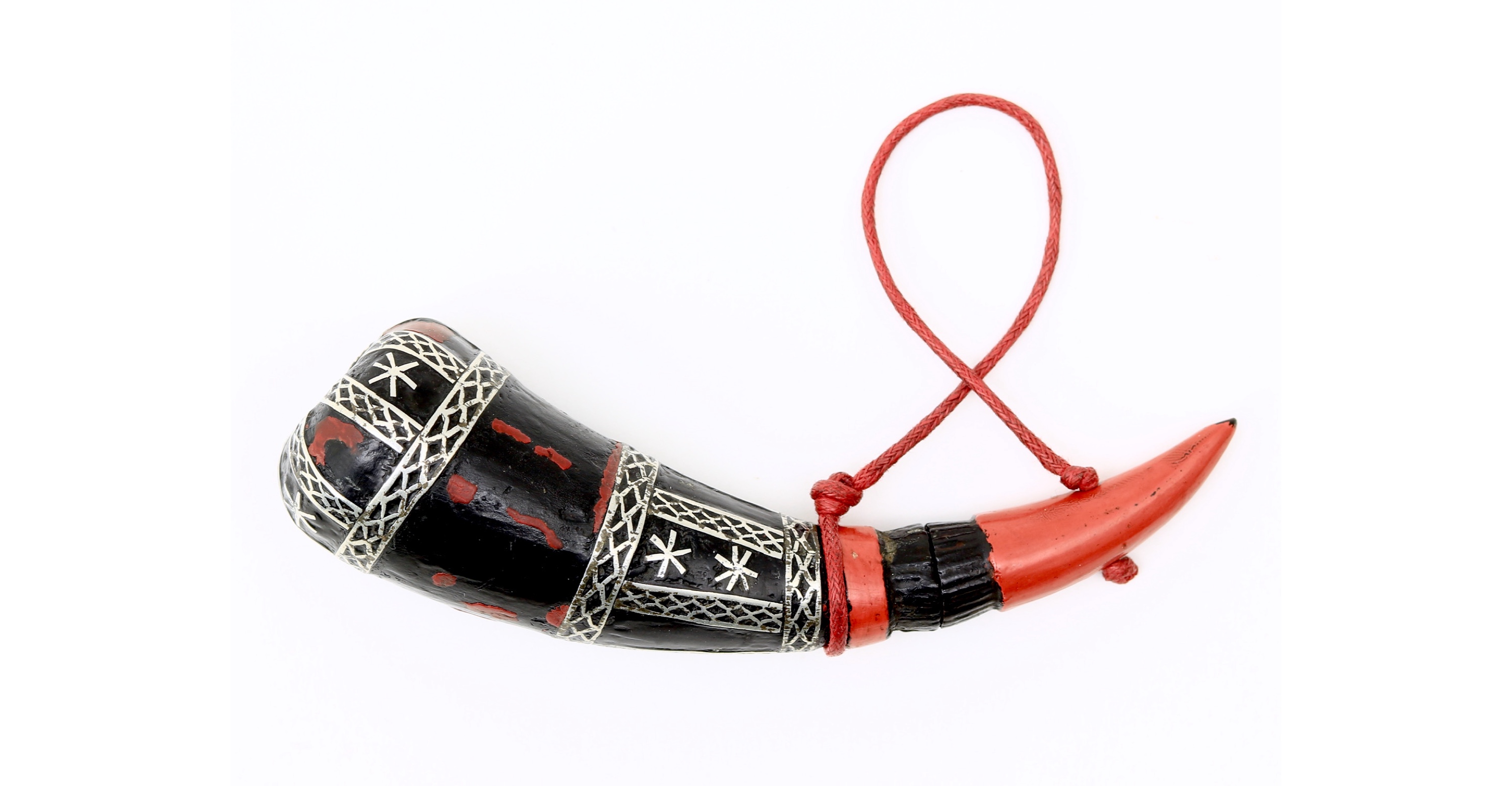 According to period sources, the Chin women would smoke a water pipe that infuses the water with nicotine, which the men use to fill their small flasks that are carried in their loinclothes. They sip the nicotine-water and spit it out.1

Two comparable flasks were collected by Dr. Erik Hjalmar East, a Baptist missionary who served at Fort Hakha in Burma from 1901-1910. The pieces were later donated by his descendants to the Museum of Natural and Cultural History in Eugene, Oregon where they remain in the East Burma collection, accession numbers #8-94 and  #8-93. 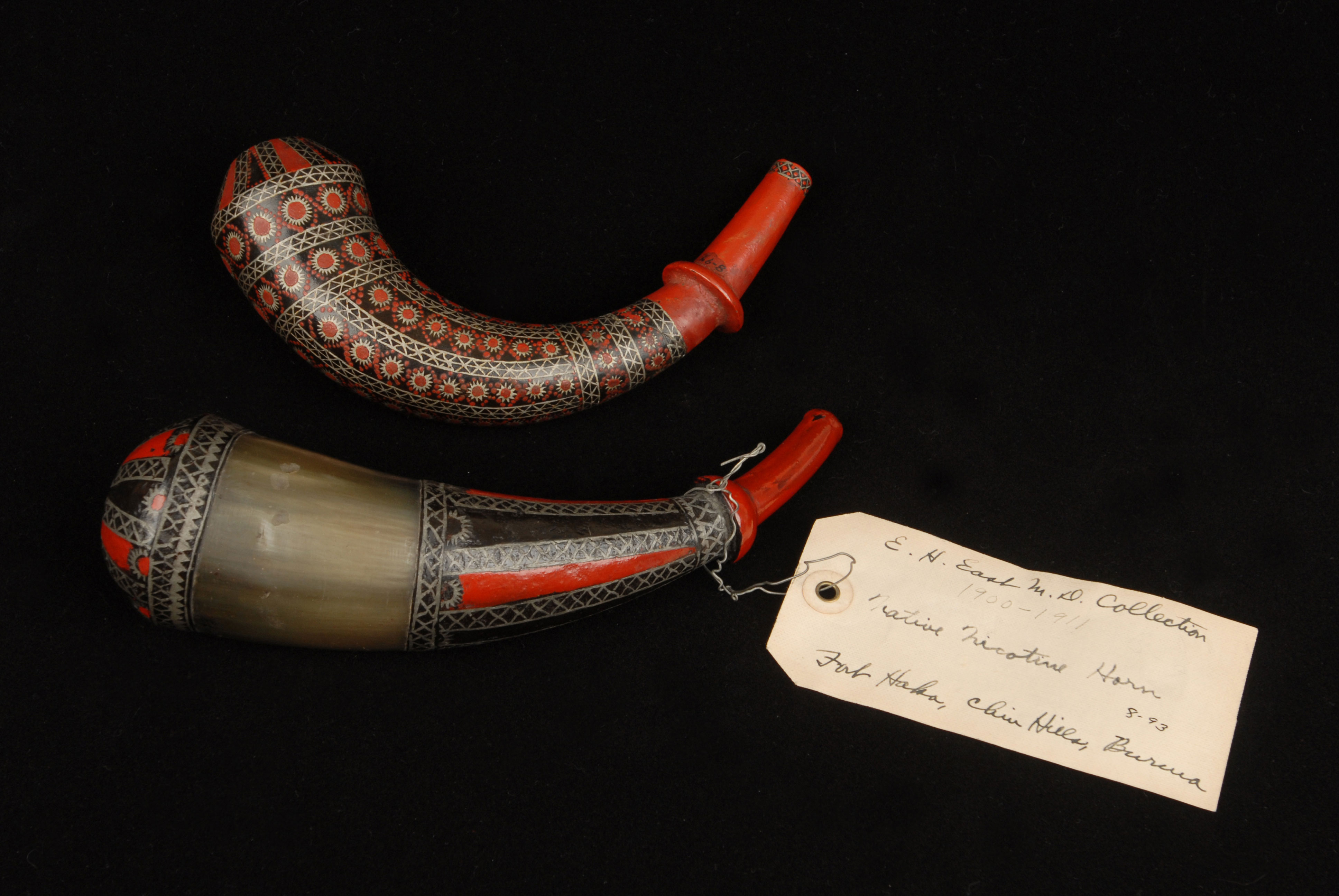 Carved of the tip of a water buffalo horn, and following its general shape. It was then lacquered with red and black lacquer and inlaid with strips of silver. It comes with a small, perfectly fitting cover that is retained by a later piece of red cord.

It still retains its smell of nicotine.

Notes
1. Chester U. Strait; The Chin People: A Selective History and Anthropology of the Chin People. XLibris, 2014. Page 276. 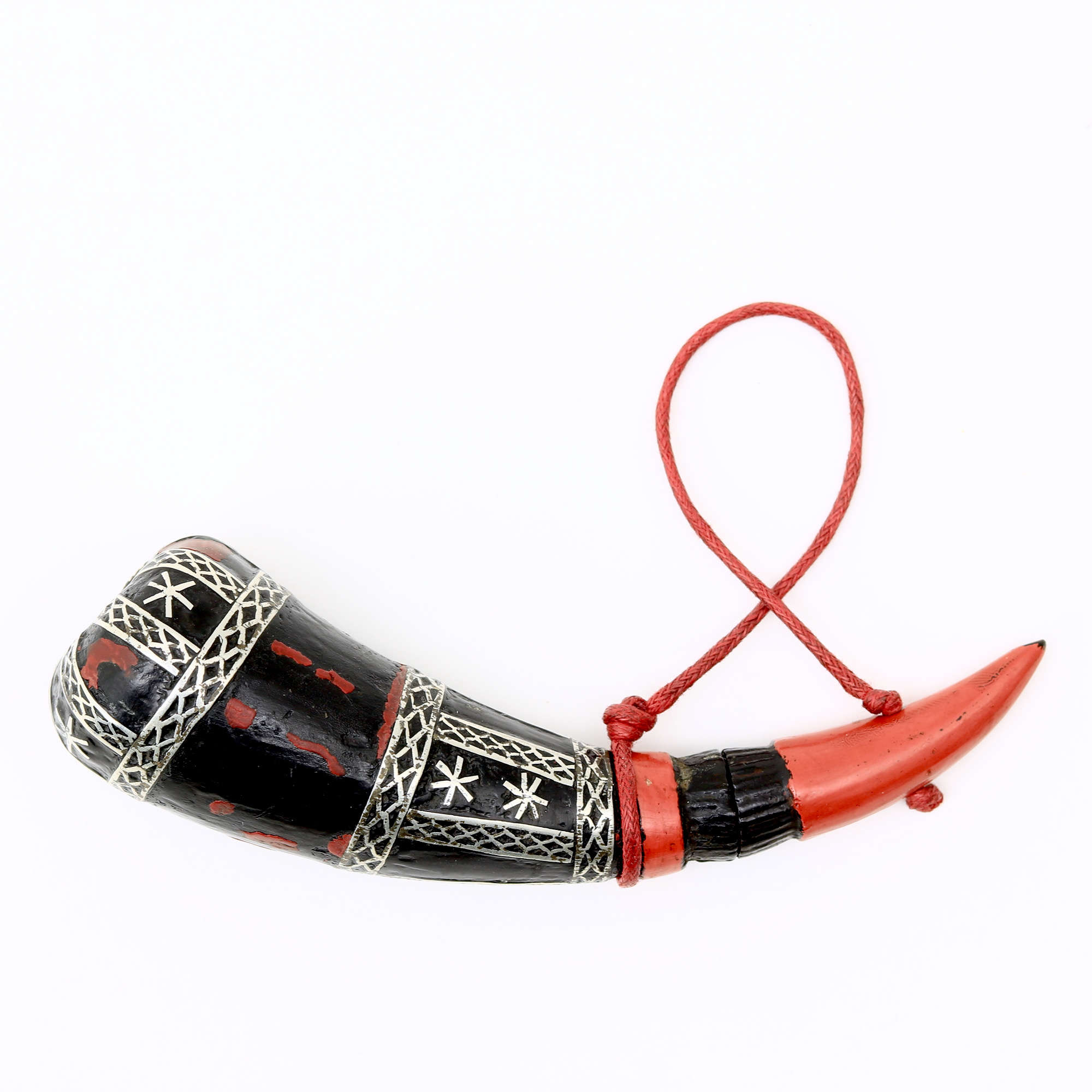 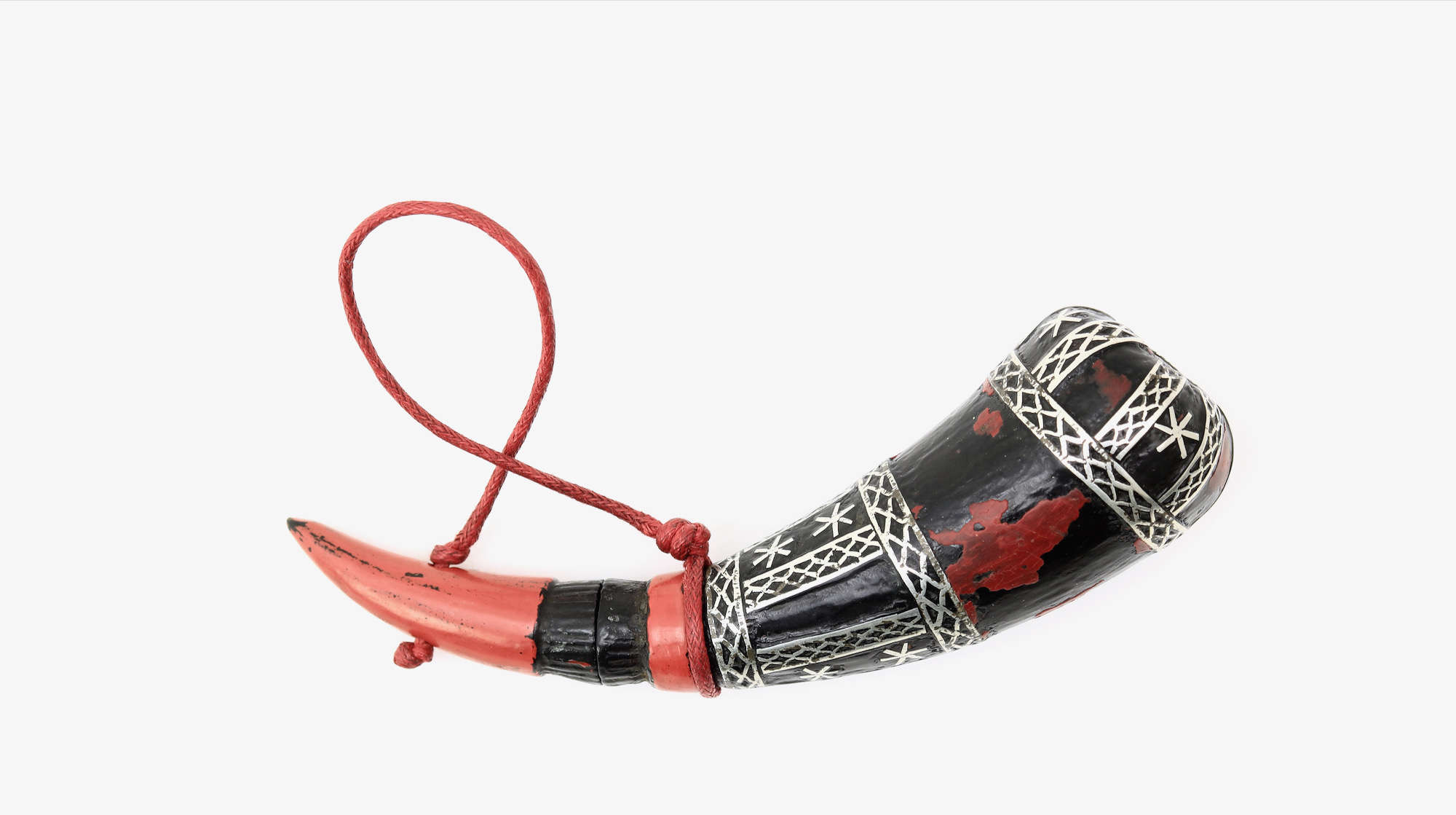 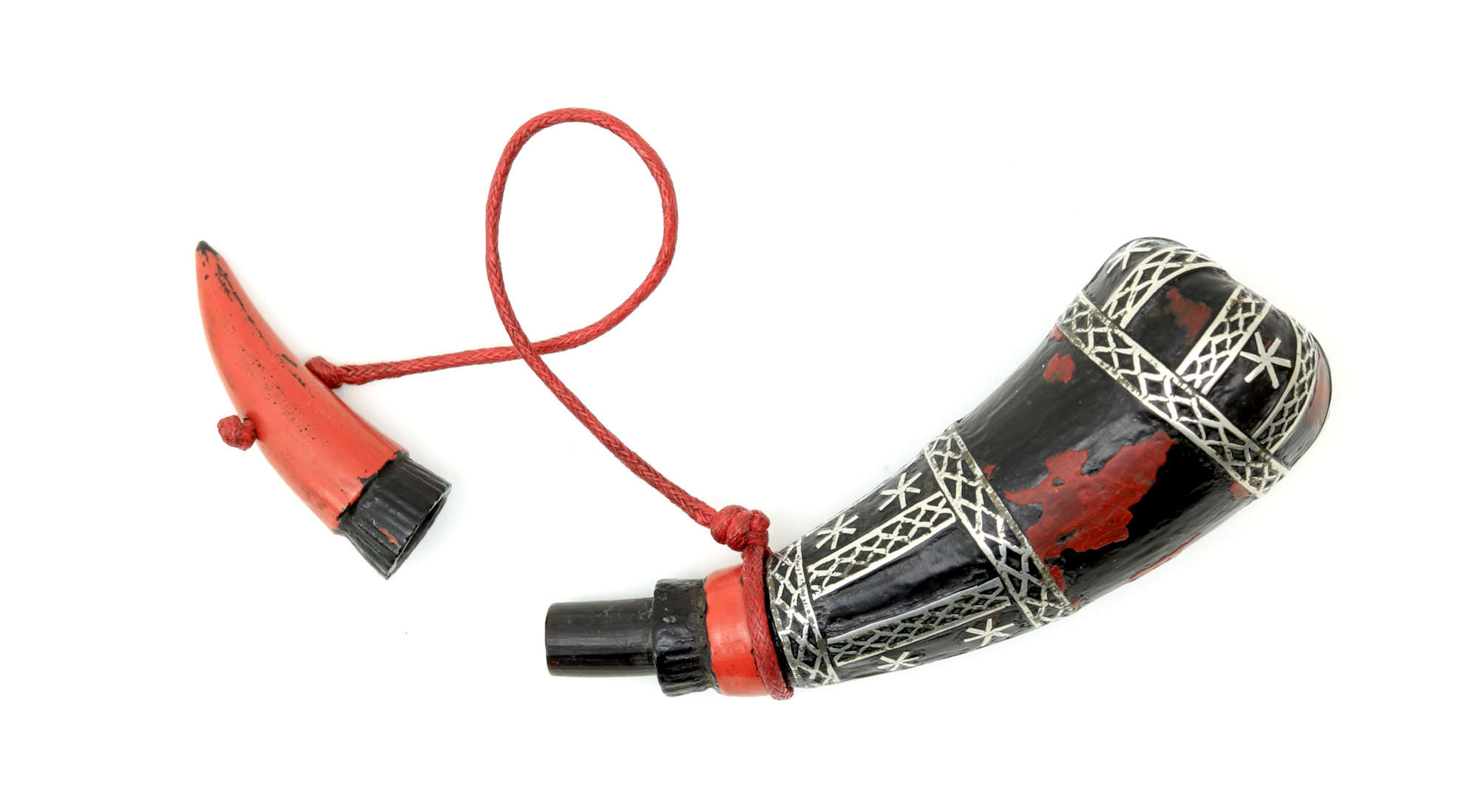