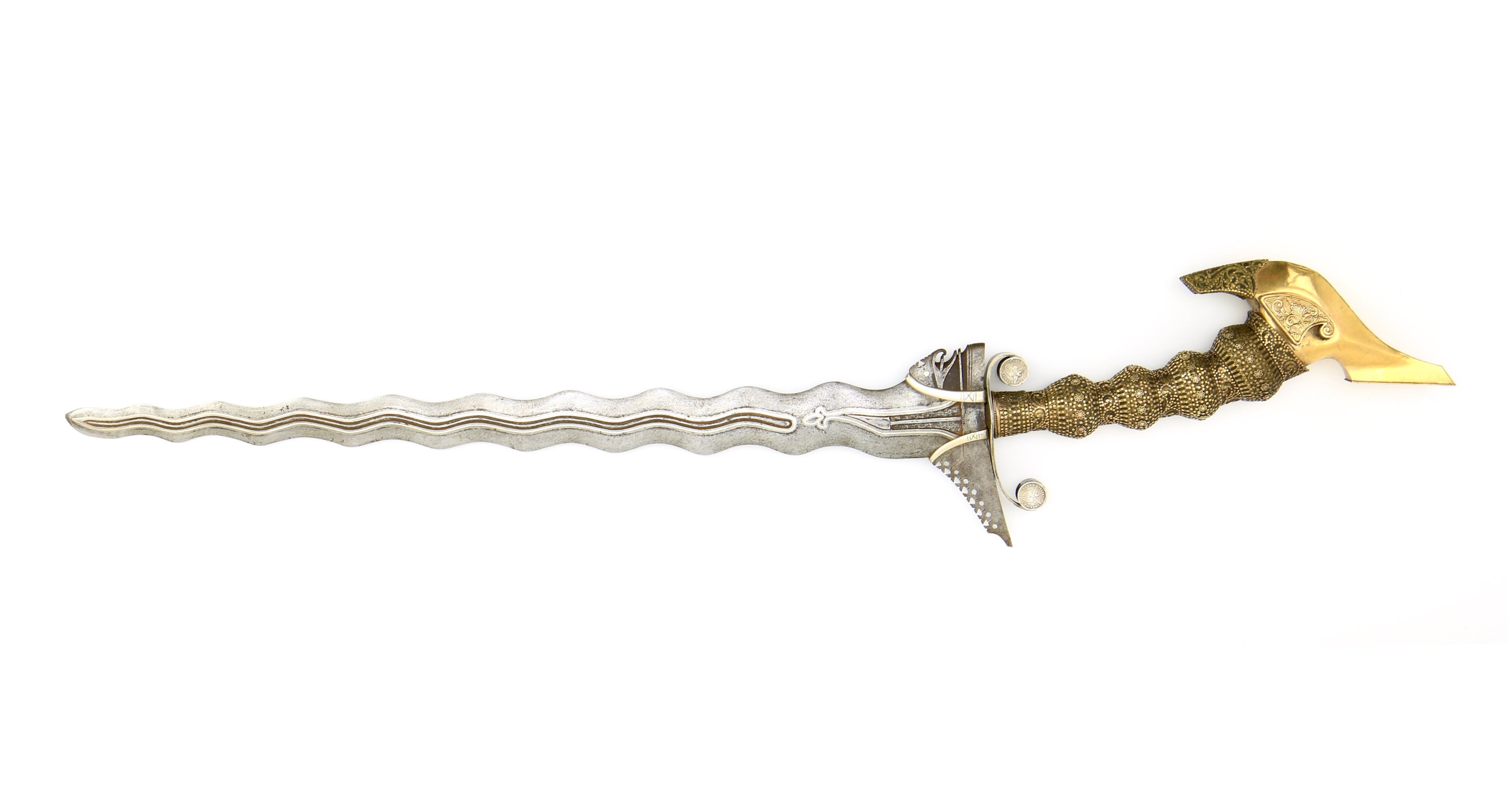 At almost a meter, this is an exceptionally large ceremonial kalis sundang. Such pieces were carried in front of Moro nobility during processions and ceremonies and could take their place in their absence.

It has a very well-made blade for the type with 19 bends. The main blade has a double groove, lined with inlaid silver. Two sunken panels, also with silver inlaid lining, appear at the base of the blade. The blade-hilt connection is further strengthened by two separate bands, typical for Moro kalis construction.

The hilt consists of a grip section with four spherical elements, all decorated with applied metal ornaments and wire. The pommel is a highly stylized bird head made of a non-tarnishing copper amalgam. It is further embellished with plates with fine engravings.

At the hilt/blade junction there are two additional projections that curl upwards, each holds two American colonial coins. The coins are dated 1917, 1918, and 1920. 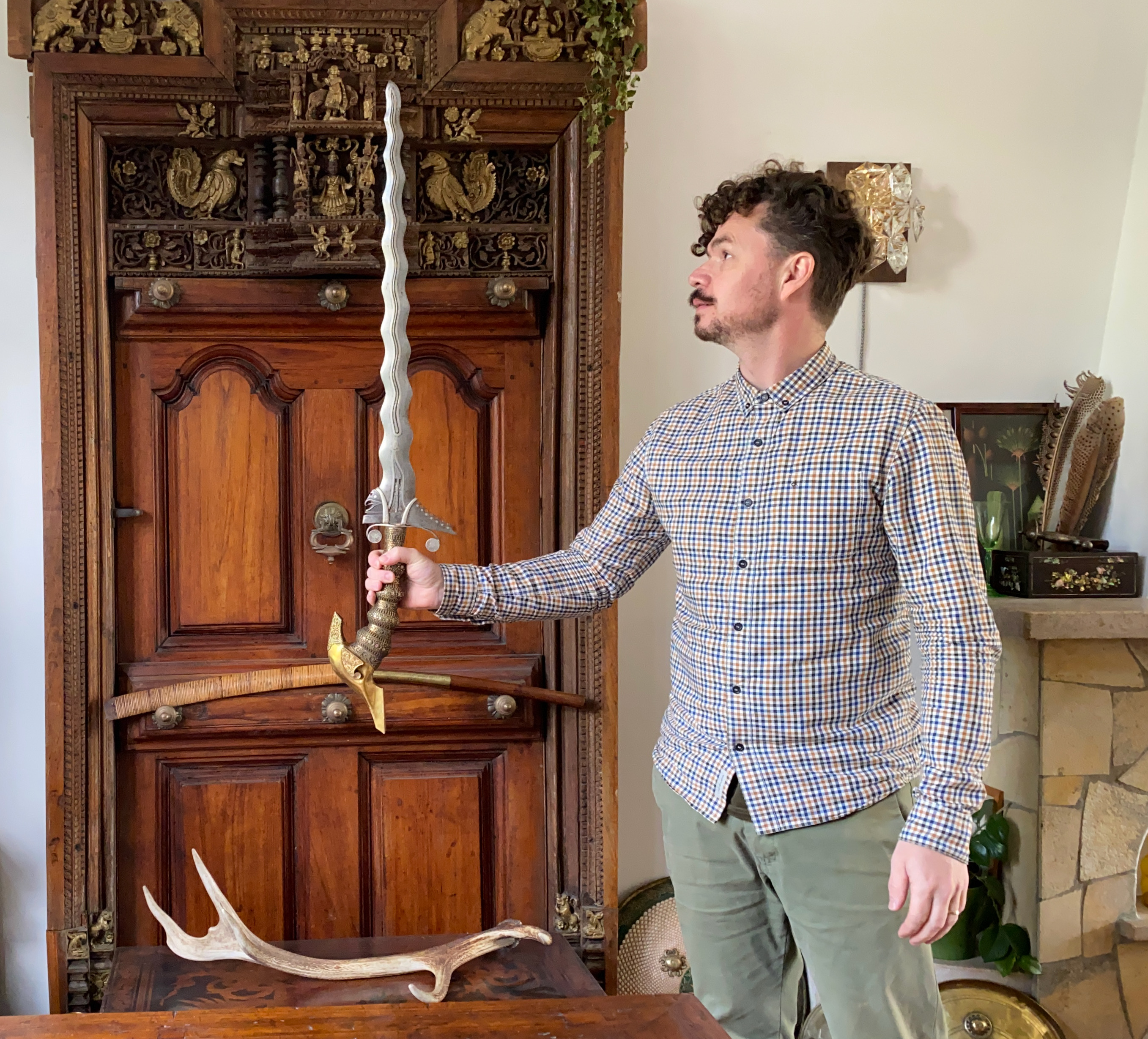 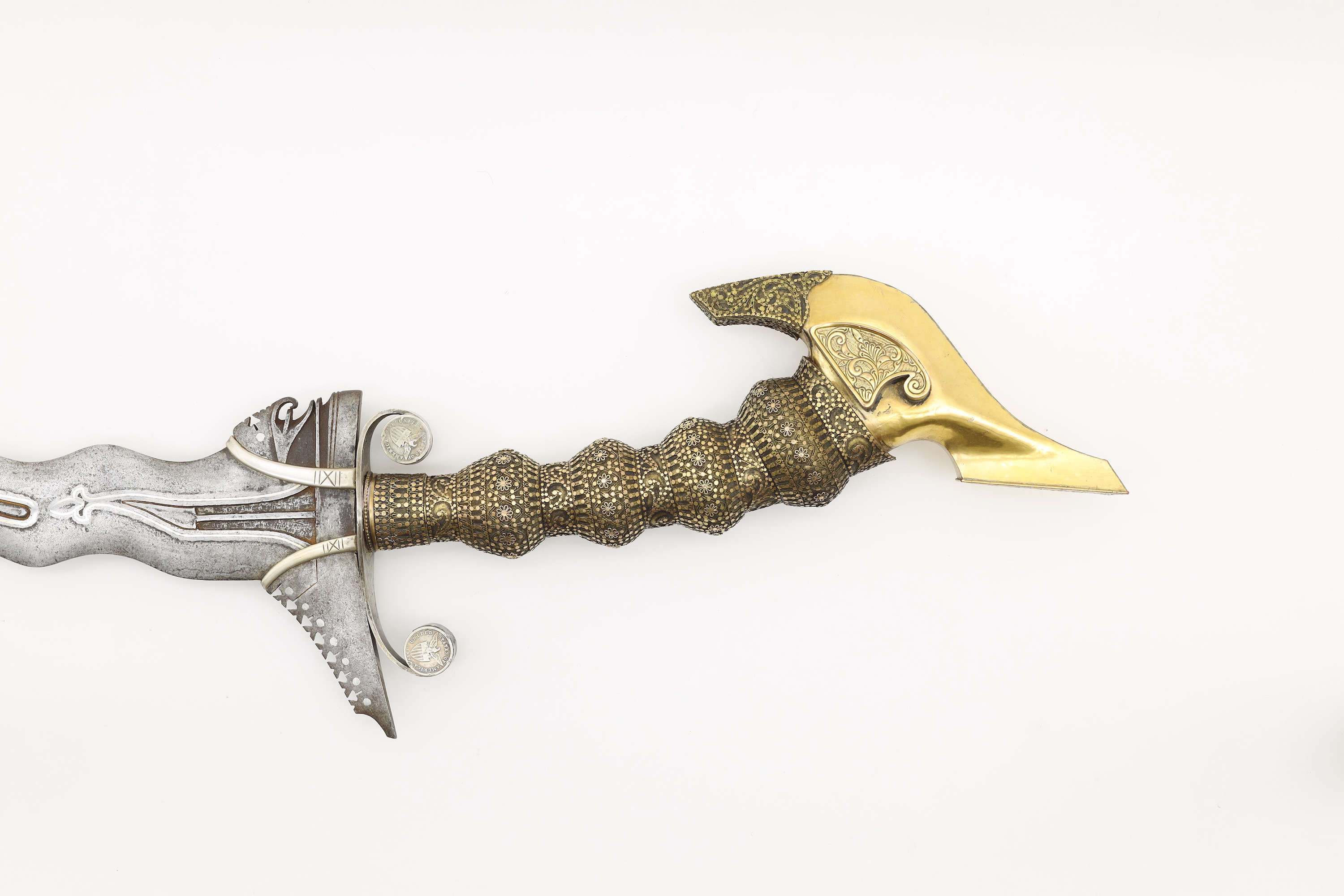 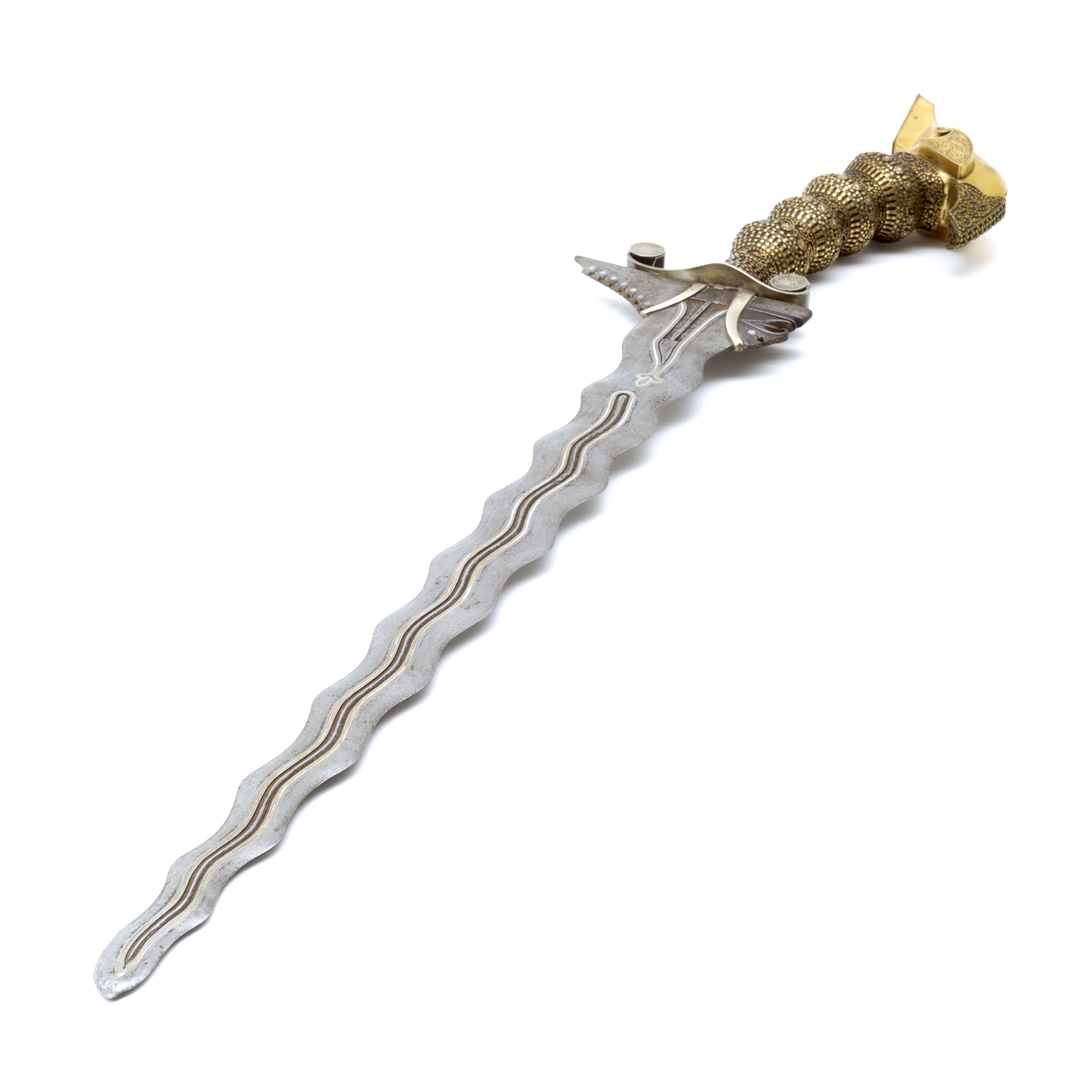 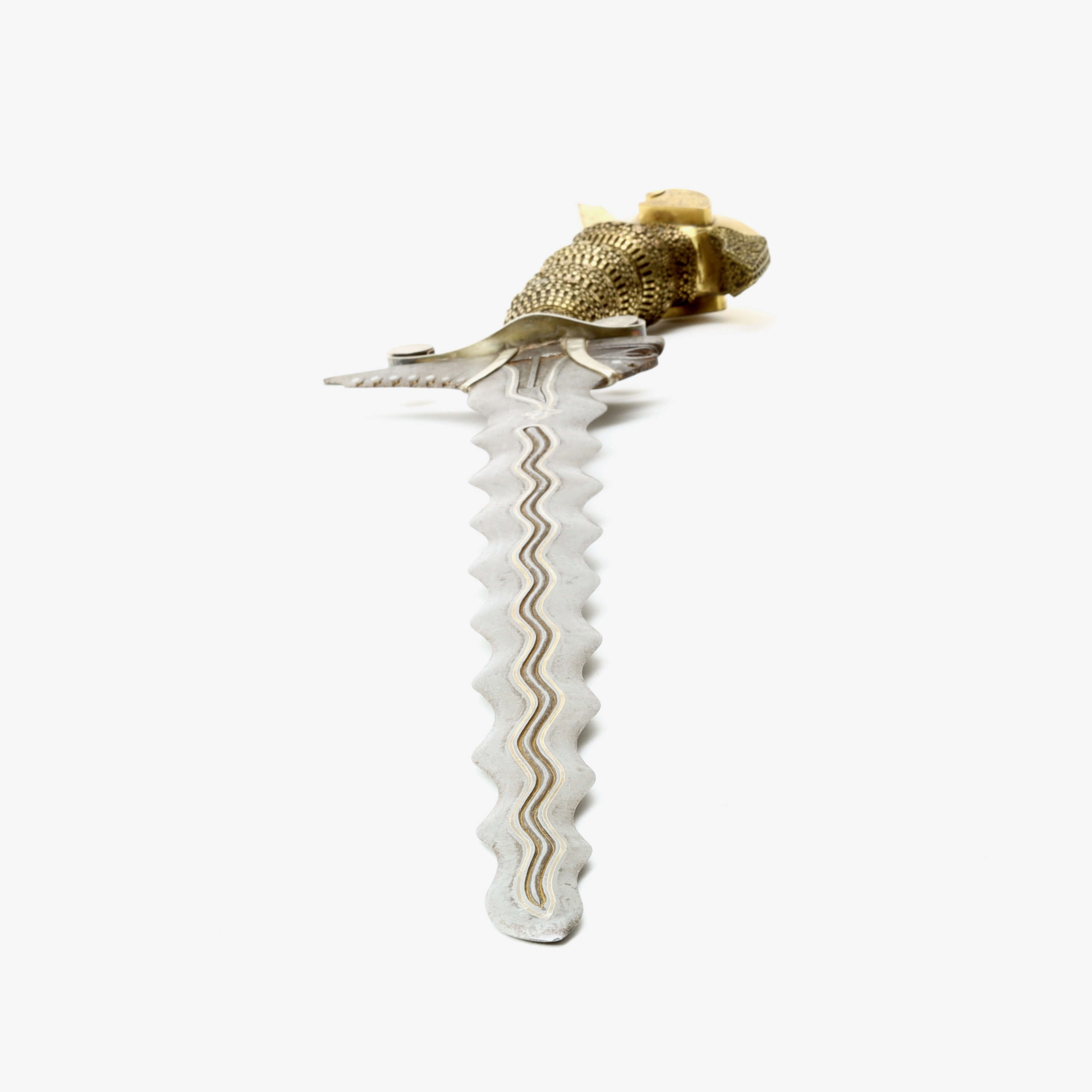 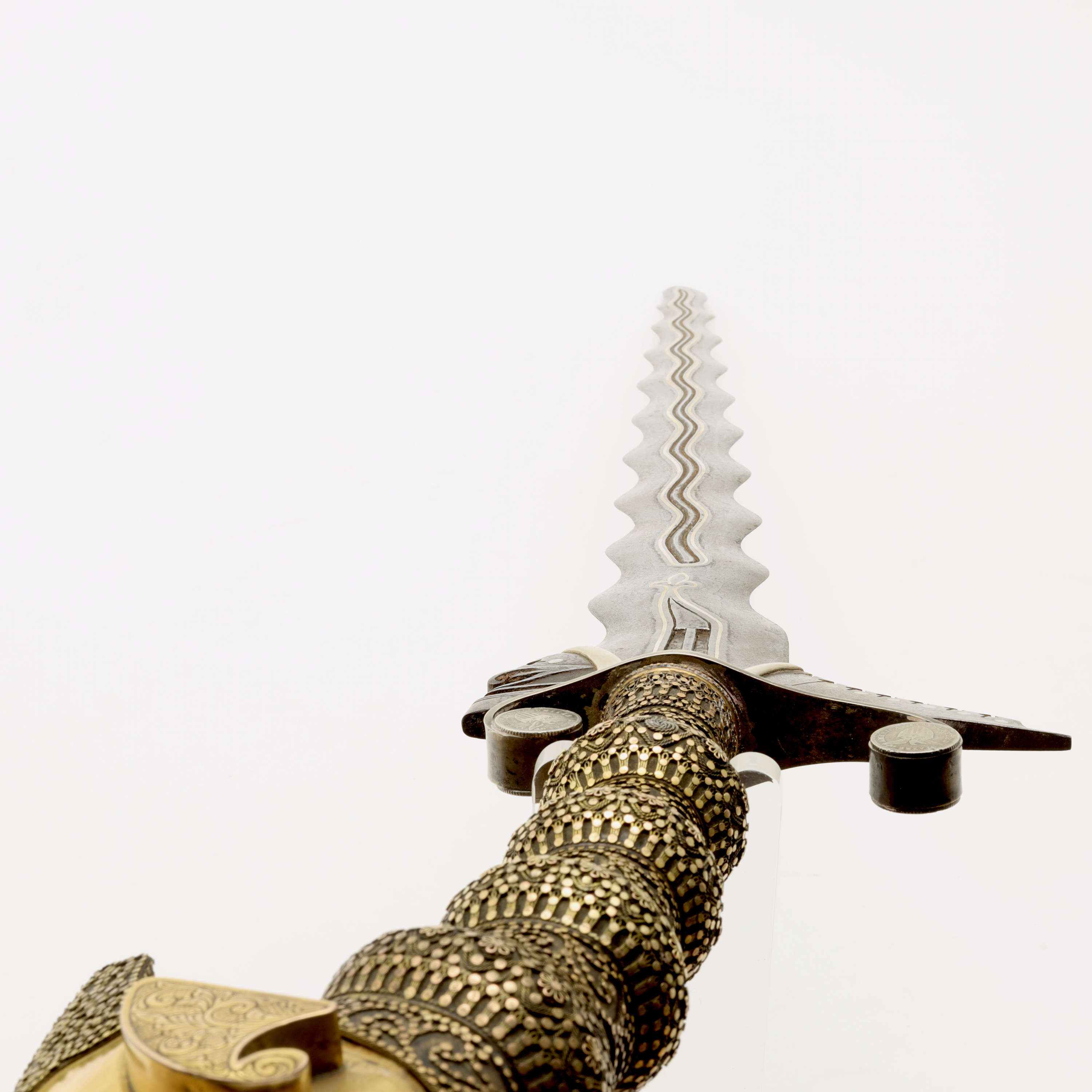 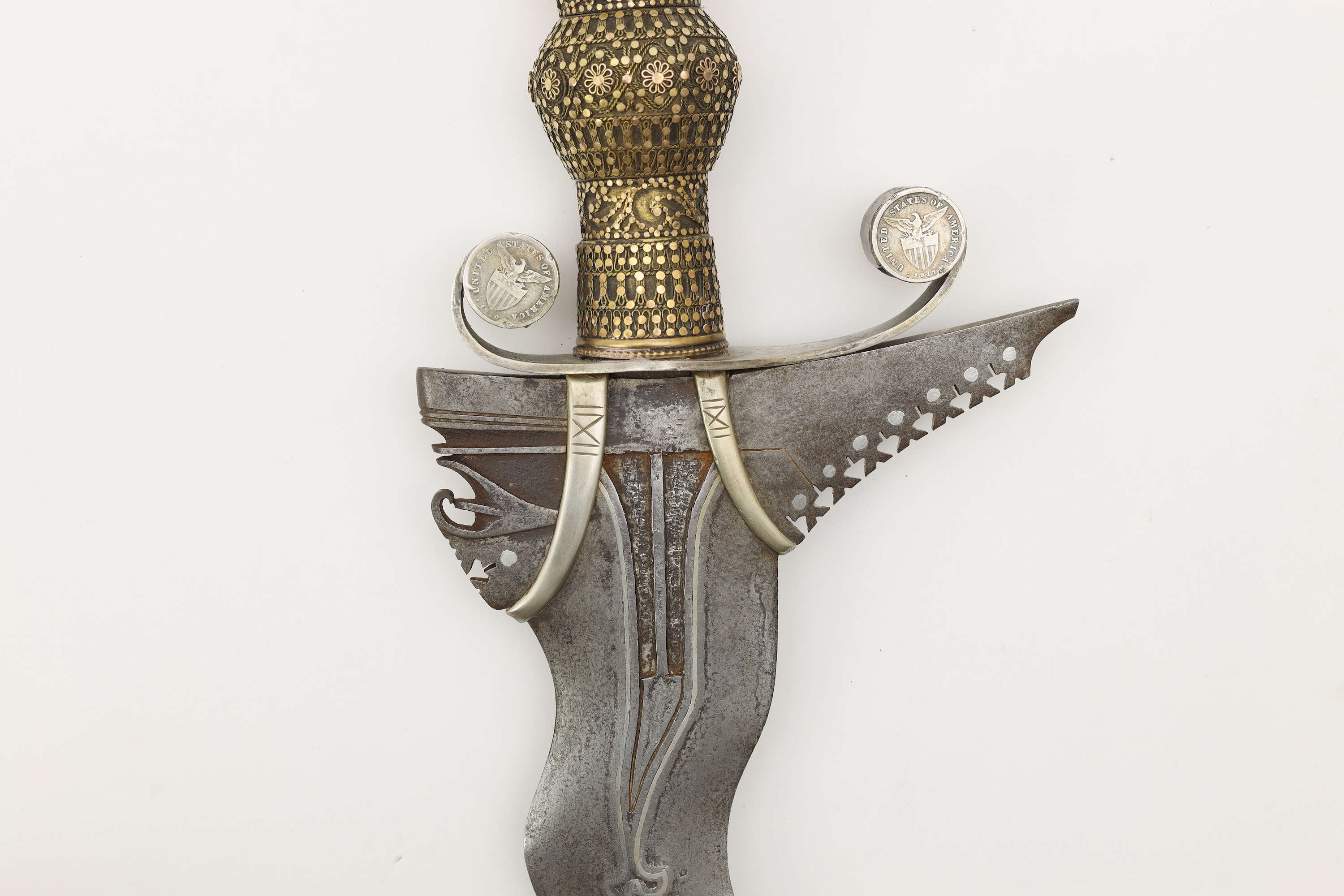 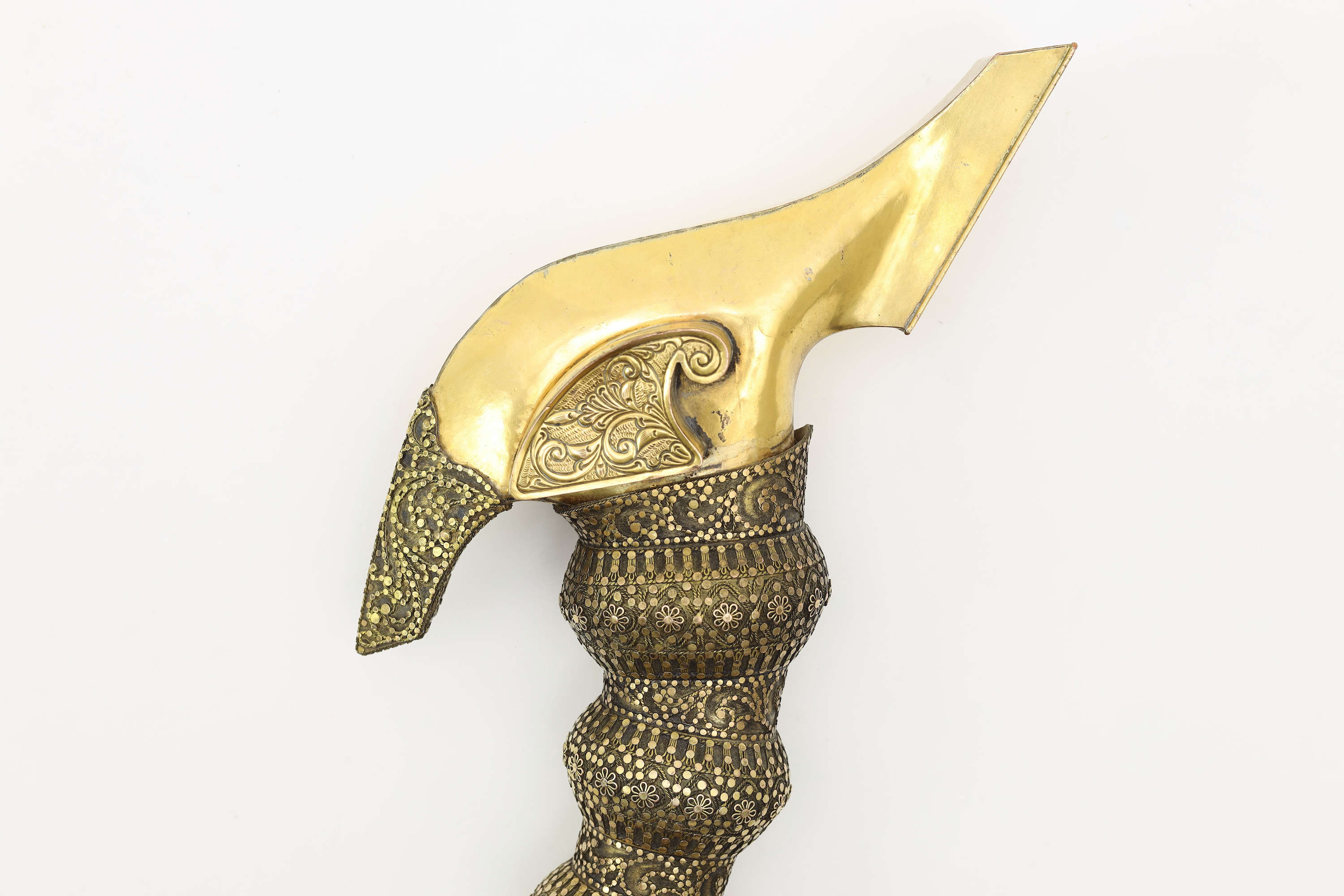 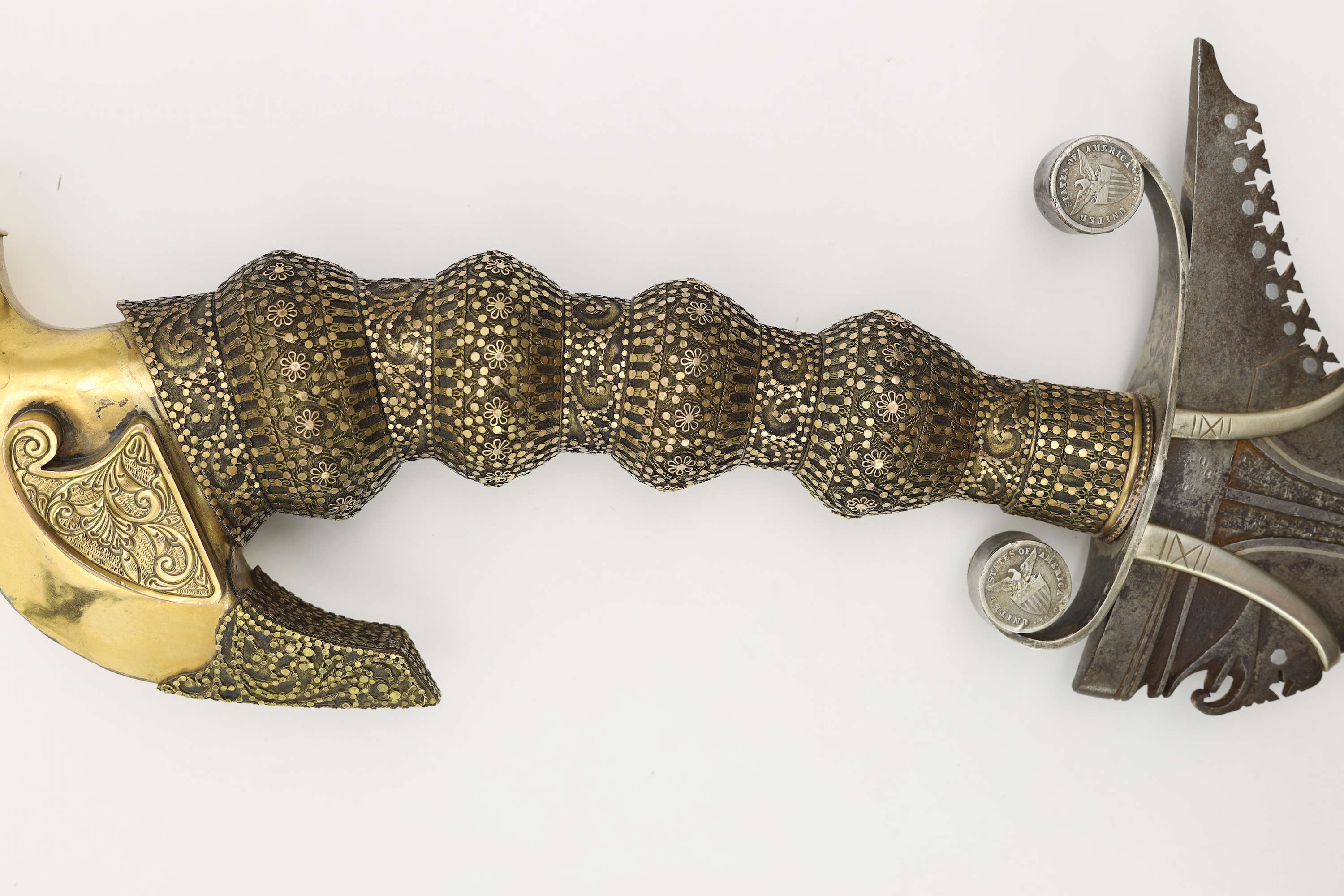 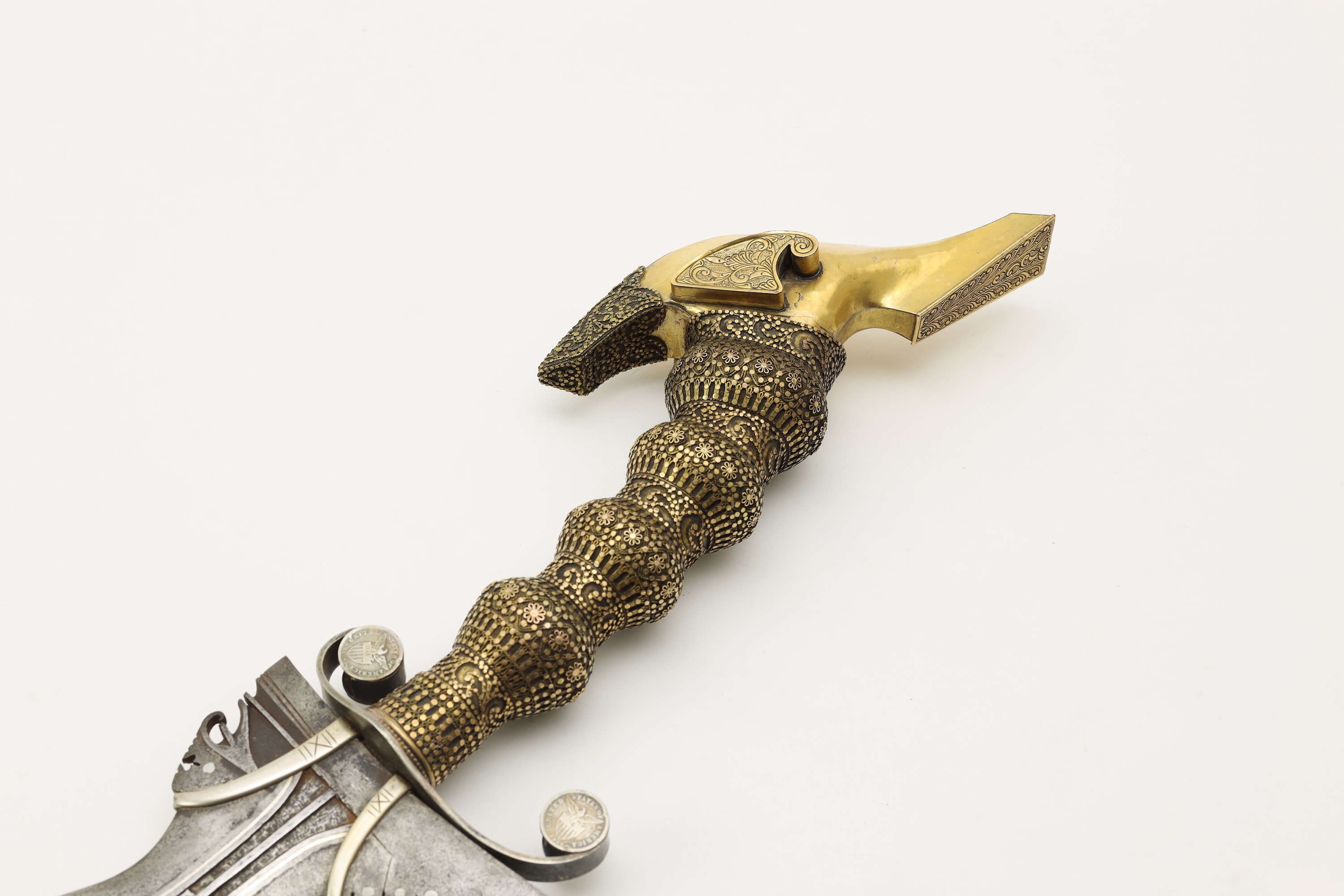 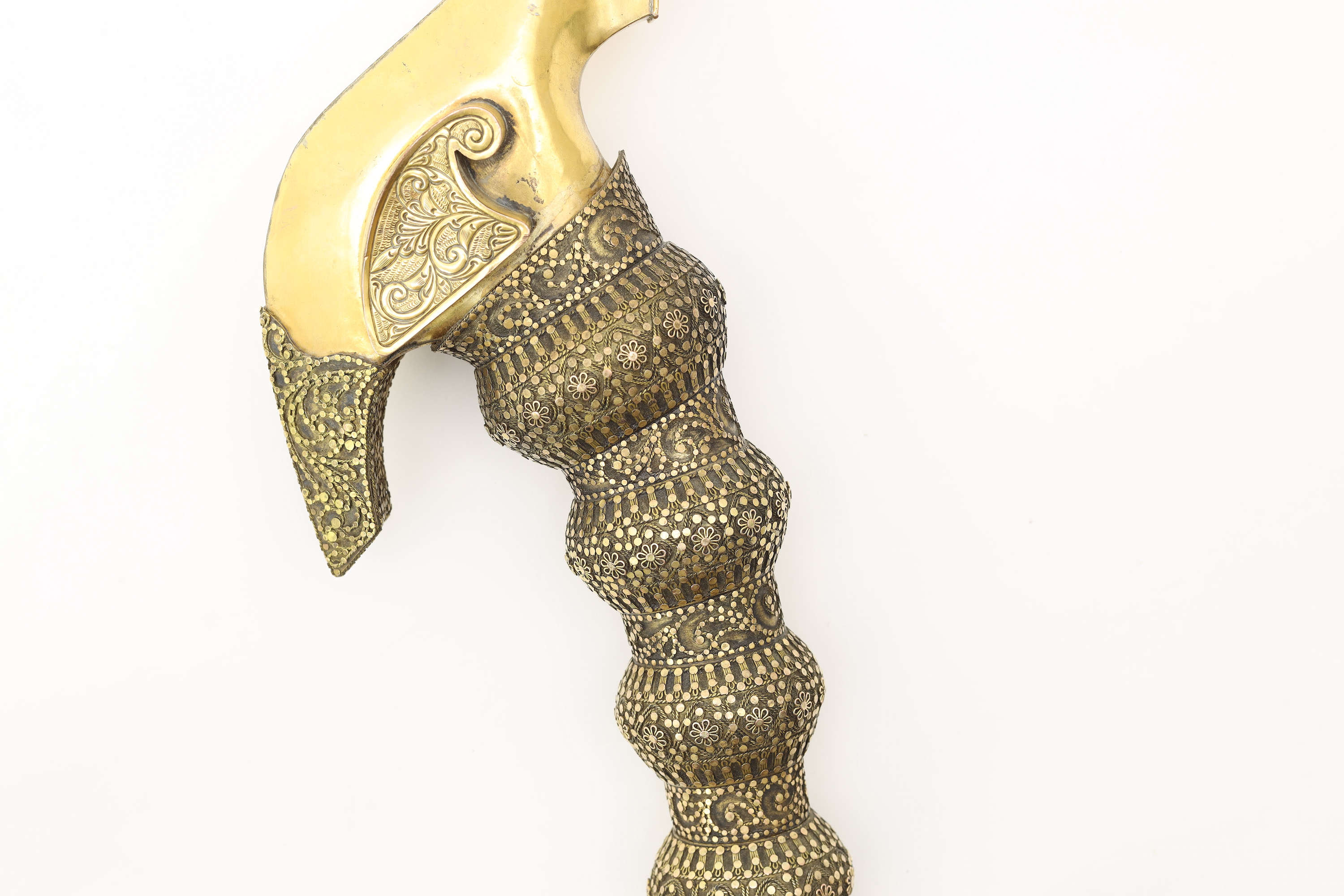