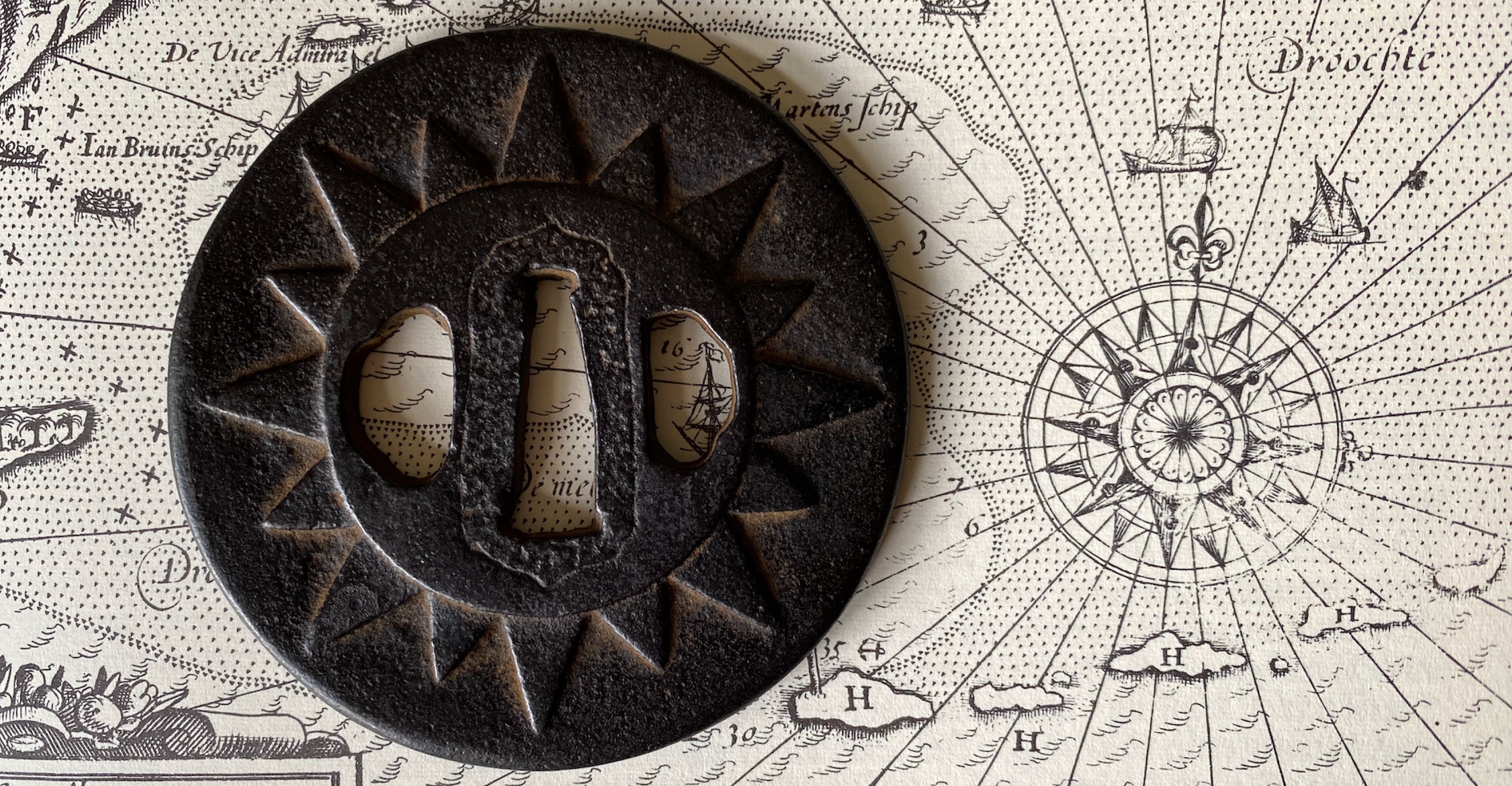 Southern China or a port city at the south China sea

A cast-iron sword guard of unknown origin. It is a flat disc with a raised circular panel, with a star motif emerging from its edge. It has three openings, one for the sword tang and two others that emulate the hitsu-ana found on Japanese tsuba, openings for a pin and by-knife often carried alongside the main sword. The workmanship however tells us that this guard is not made in Japan.

Japan's Sengoku period (1467-1615) was one of the major civil war that finally ended in the consolidation of rule by the Tokugawa. During this period, and into the early Tokugawa period that followed many Japanese fled Japan and settled throughout Southeast Asia. Among the refugees were ronin of defeated masters and Japanese Christians whose religion was declared outlawed by the Tokugawas. They were not welcome in China, so some turned to piracy, others settled throughout Southeast Asia. Many found work as mercenaries for local royals or colonial forces. Their weapons made an impression on local communities who started to copy their general design of swords and sword guards. 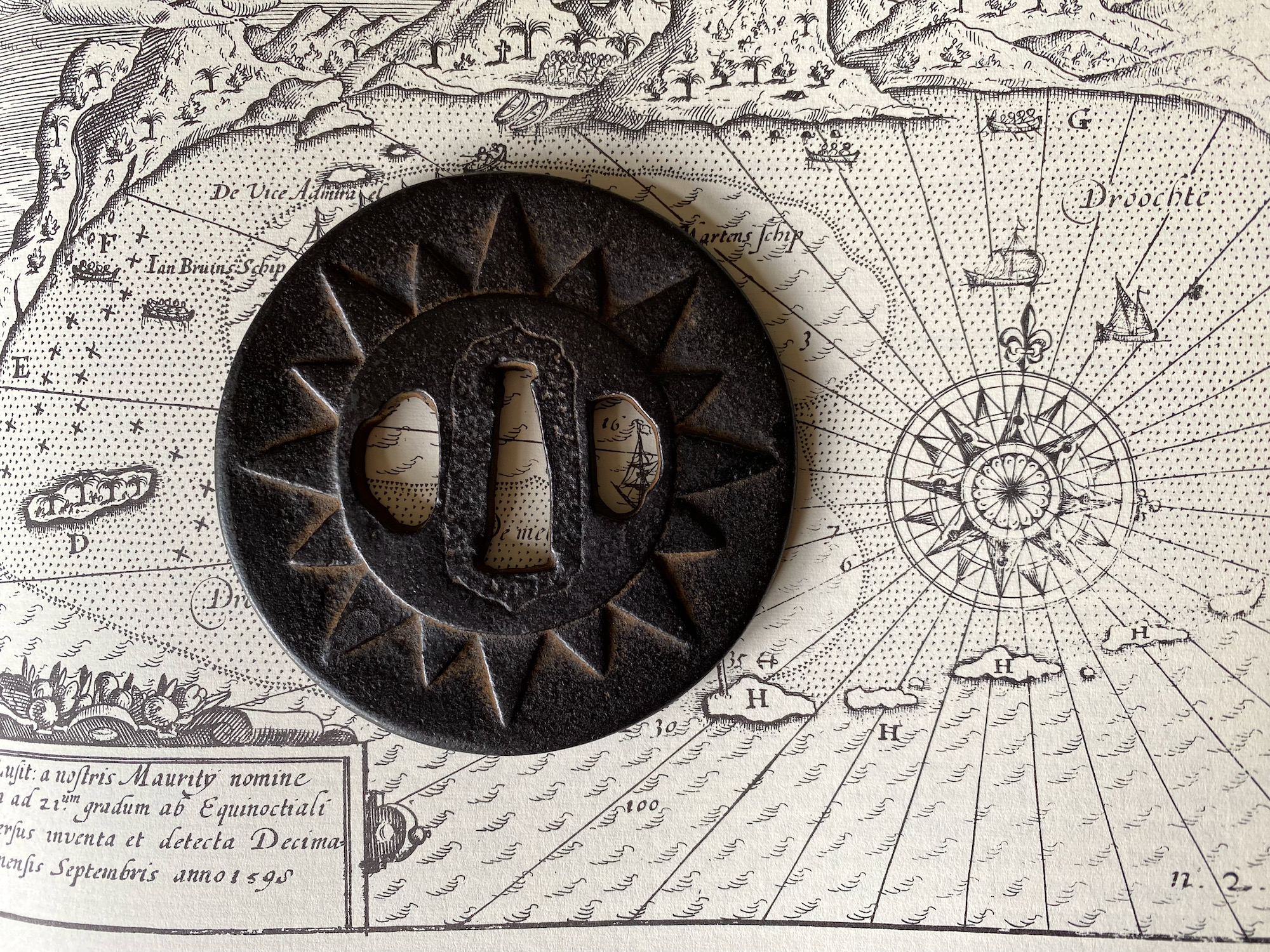 Comparison to a compass rose seen on a Dutch map of 1598.

Another notable design elements that may shed some light on its origins are the engraved lines around the tang opening. This general shape is also seen on the brass guards made primarily in Canton, southern China. This betrays either strong southern Chinese influence or southern Chinese manufacture. The overall form, sans the star, is also rather Ming in style.

In the 17th century, Chinese settlers had moved into every port city imaginable where they became the main agents of trade and skilled craft.1 The main buyers of goods at that time were Chinese, Dutch, Portuguese, Japanese and the mottled crews of pirate fleets such as those of the House of Koxinga:

"The particulars of Cheng Chih-lung's [Zheng Zhilong] rise to power in the 1620's are not at all clear and probably never will be. The world in which he gained power was outside the purview of official record keepers and was not much interested in publicizing itself. Among its most important centers of power were the Chinese communities in Manila, Hirado and Nagasaki. Maritime trade, legal or illegal, was its lifeblood. Trade required arms, to fend off the Ming coast guards when trade was illegal, to guard against pirates, and to exclude unwanted competitors." 2

These pirate crews were an international mix of Chinese soldiers and sailors, Japanese ronin (masterless samurai), and other sailors, traders and soldiers from across maritime Asia. Their numbers were impressive by any standard. At his height, Zheng Zhilong's son Coxinga was able to field armies up to 100.000 men. In 1659 he lead an armada to besiege Nanjing, in 1662 he expelled the Dutch from Formosa (Taiwan) in an attempt to build a base from which he could attack the Qing.

Back to our guard, it was probably produced by Chinese makers that were active in the port cities across maritime Asia and their target audience was probably the armed crew of one of the many vessels that frequented the ports.

This charming and unusual guard is a memento of a nearly forgotten history of bustling trade and pirate activity in 16th-18th century maritime Asia. 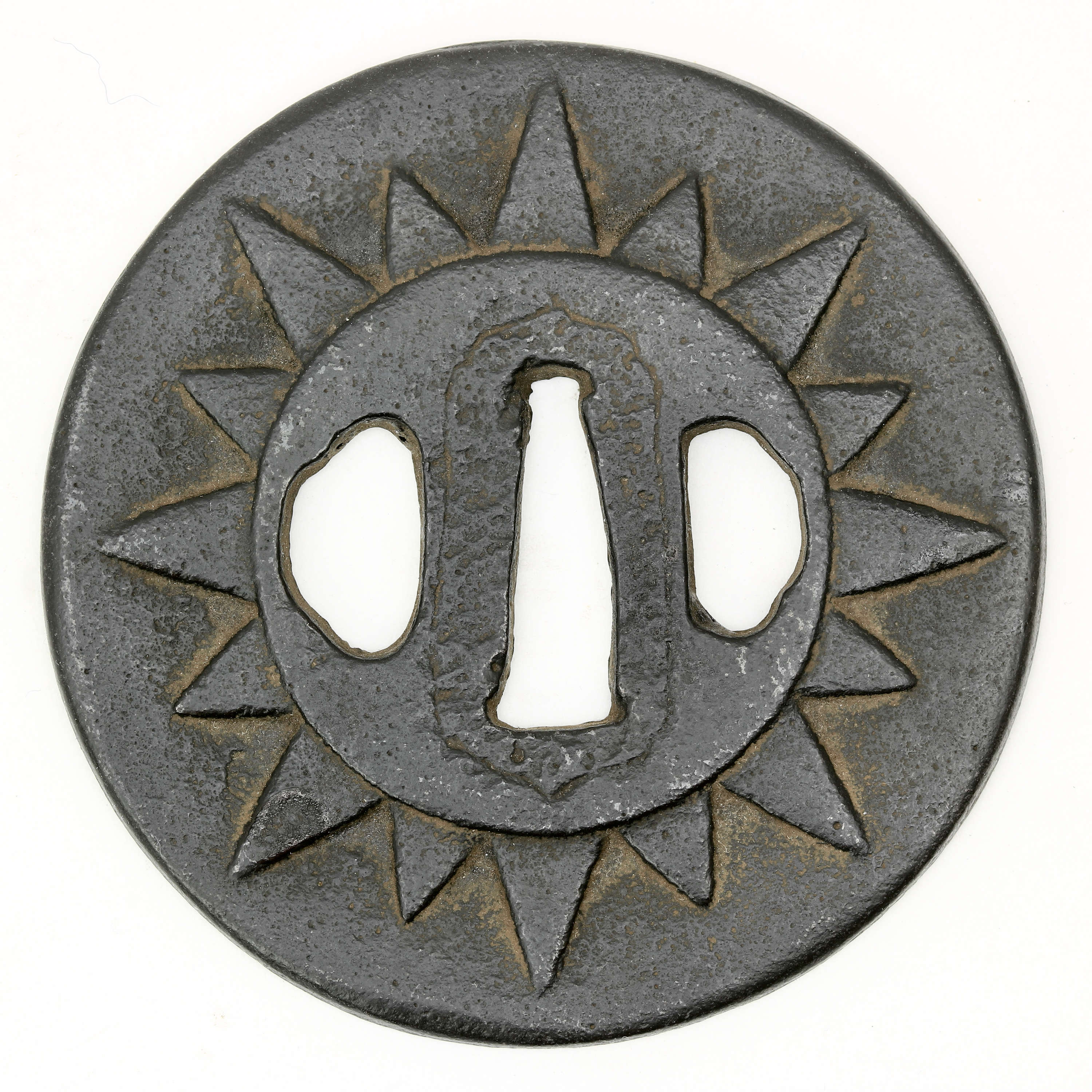 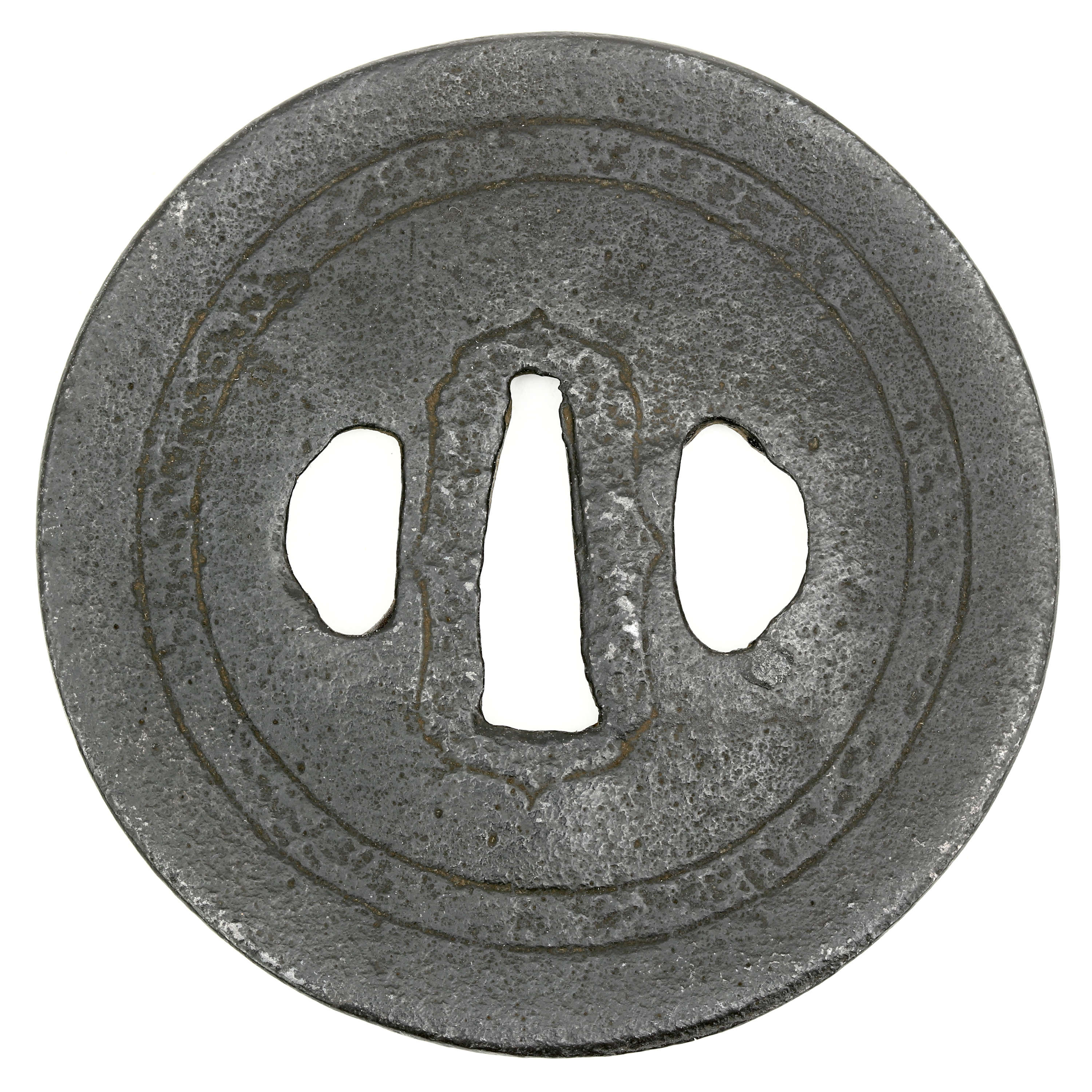 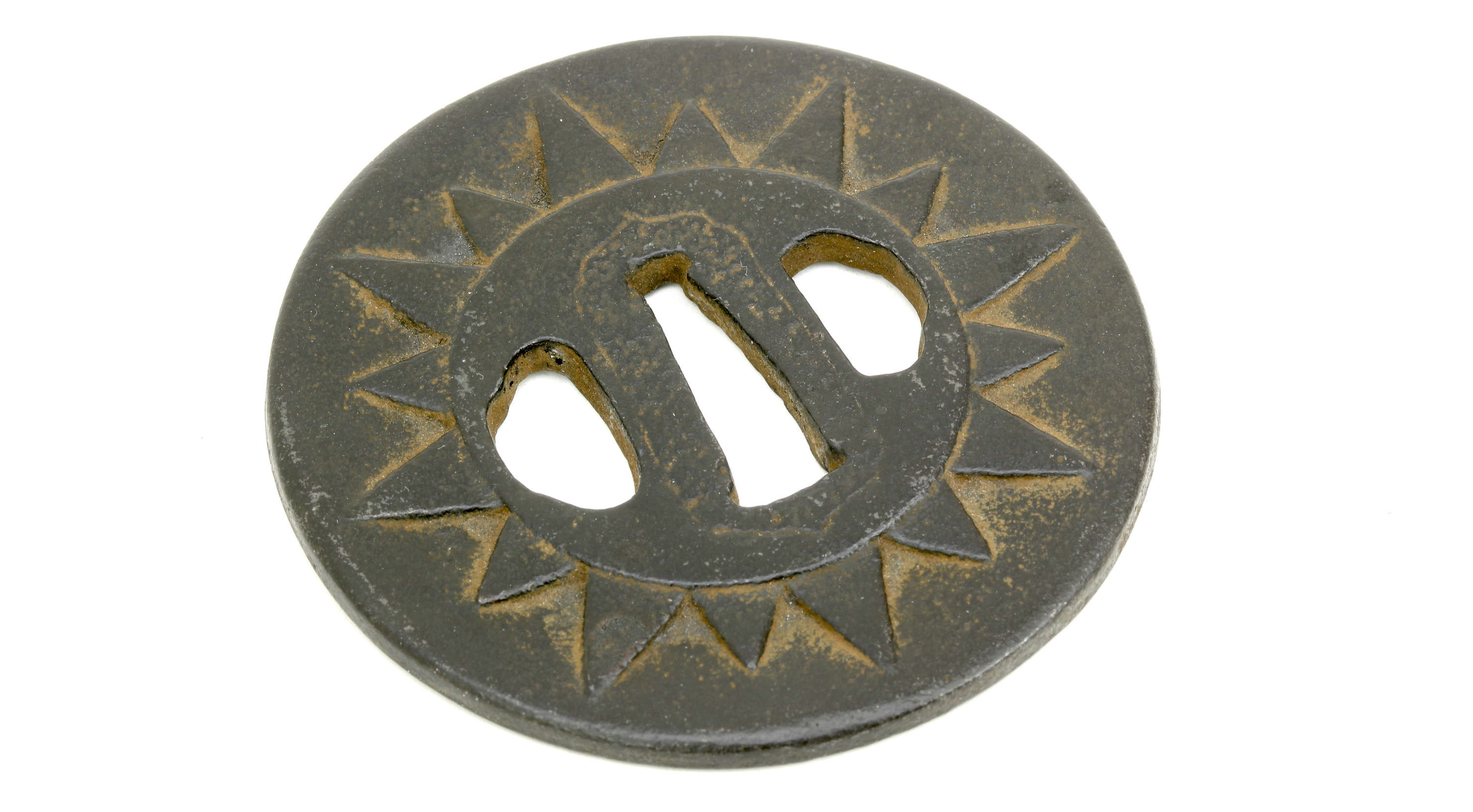 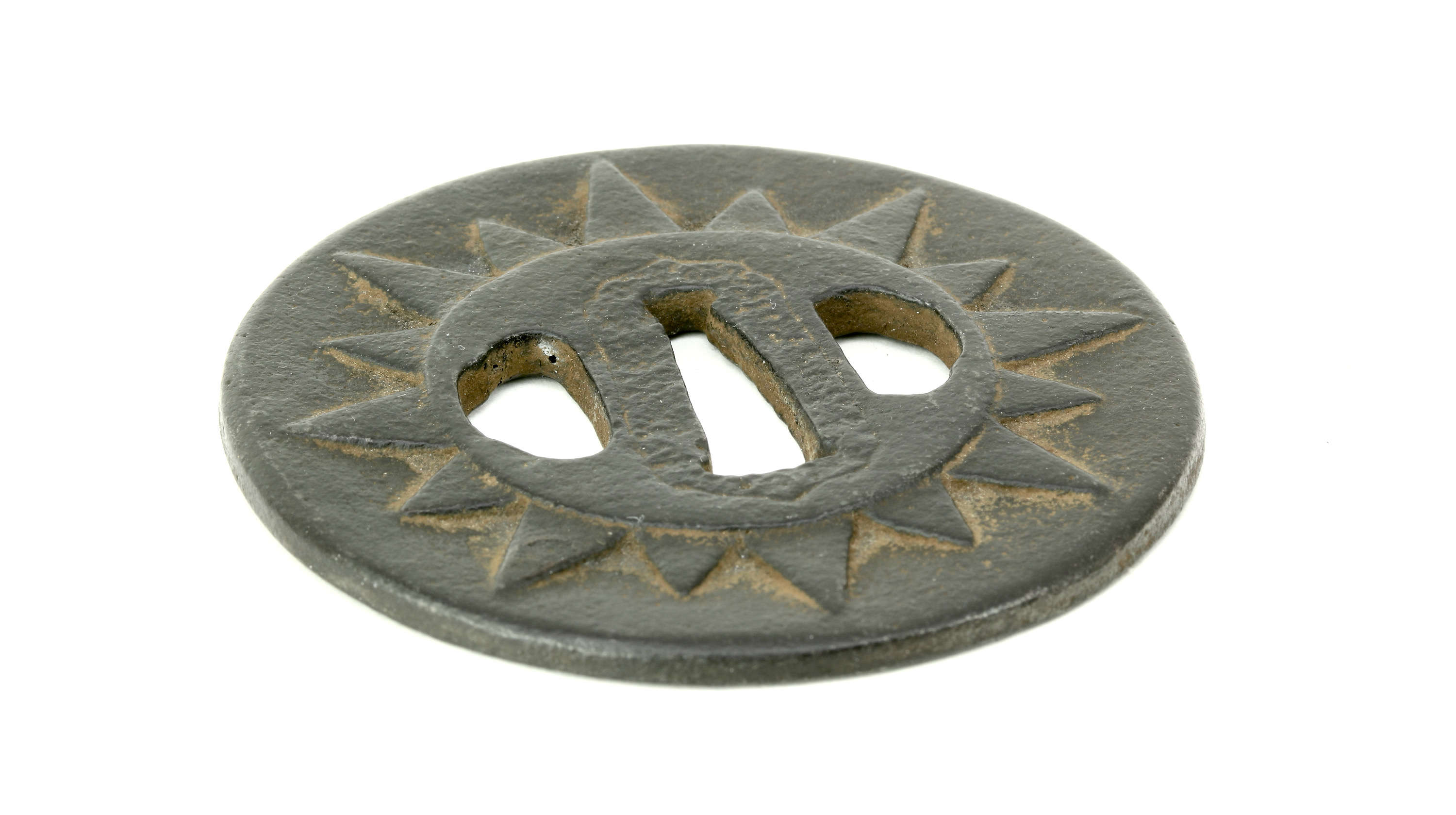 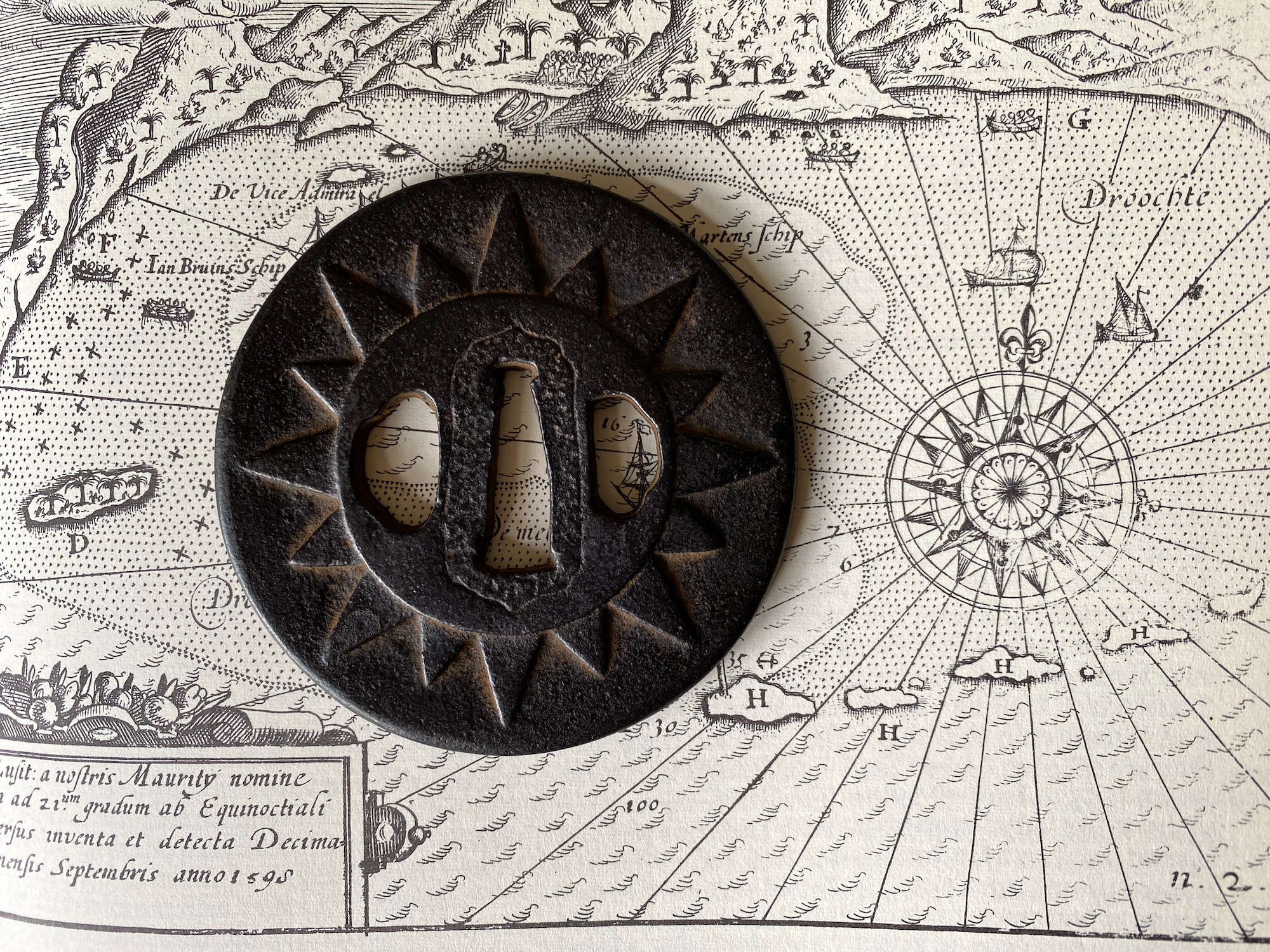