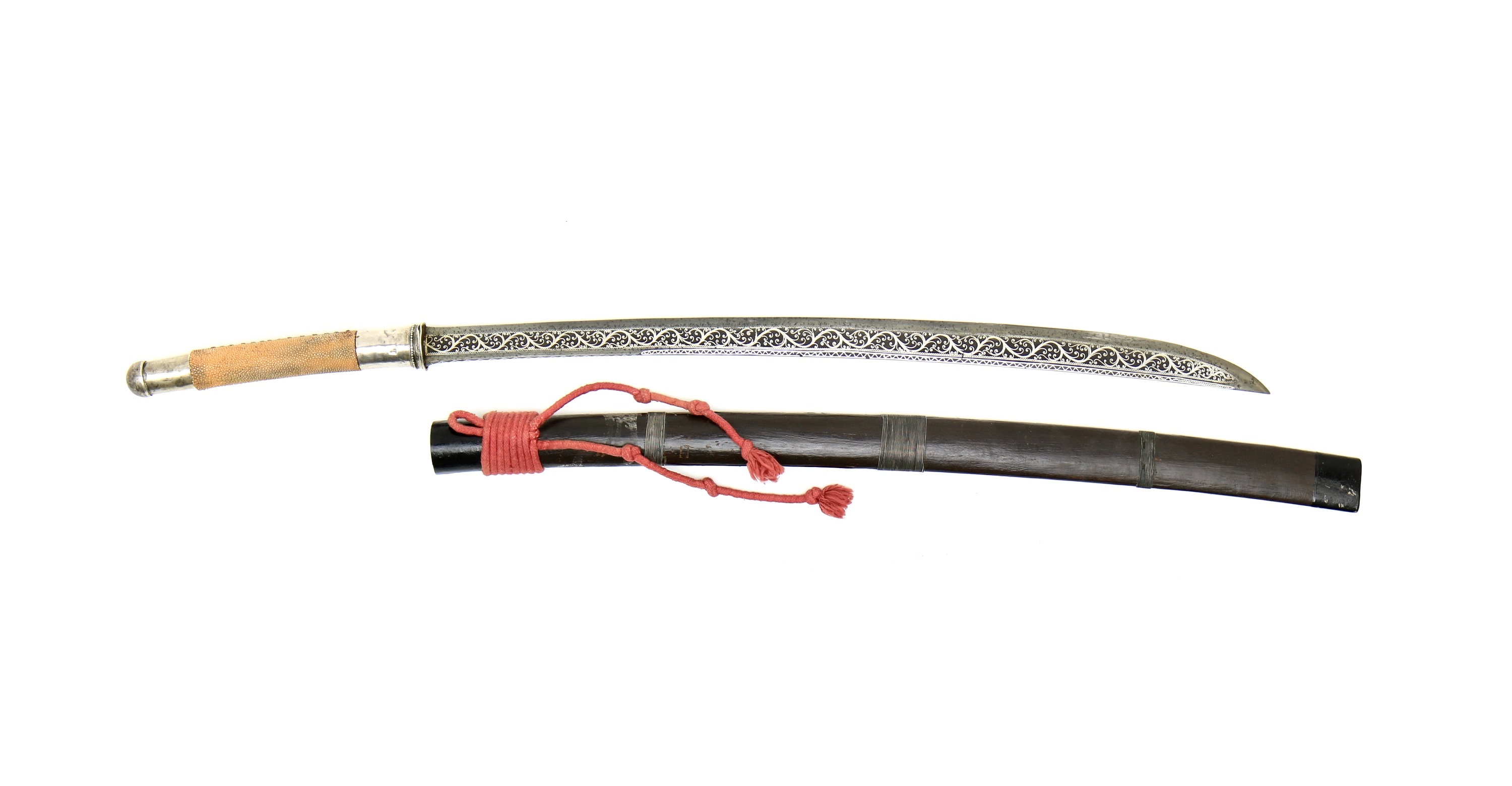 From a German private collection

A dha (ဓား) of typical Burmese style and workmanship, as used and made by the dominant Bamar ethnic group.

It is not a piece without issues, so let's start there. It came to me in repaired condition: The round pommel cap, I believe is not original. It had no handle wrap, so Philip Tom did the ray-skin covering in traditional style. The wooden scabbard may be original, but with later silver wire wrapping, later baldric, and its halves held together with tape that was lacquered over.

Now on to the good part; The blade. Well-made and of nice proportions, it follows the typical Burmese form; Thick at the forte but with strong distal taper and gradually widening towards the tip. It has a long back-bevel running about three quarters of the blade.

In the center of the blade is a wide, shallow fuller that is entirely crosshatched and overlaid with silver after which the background was blackened to make the silver stand out. The designs are a very neat repeating scrollwork known in Burmese as chu-pan, executed by a skilled hand.

The blade is made following the method described by Bell in 1907, being that of a steel jacket around a softer core.1 This is much like the kobuse construction of many Japanese swords. The jacket is wrapped around, but a subtle seem can be seen on the left side of the forte. The blade's edge also shows subtle signs of a heat treatment.

It appears to have seen some service, there are two cuts into the silver on the left side of the blade, and a small number of nicks with the typical shape of a nick caused by another edge.

Possible service damage; Cuts in the blade and some small edge nicks.

The only place I have found on record where ornate dha blades with silver overlay were created was Mindan, Yamethin district, just south of Mandalay.2 The work exhibited here is not the best produced in that town, but quality probably varied from maker to maker and from budget to budget. The owner also cut costs by going for a quite humble hilt and scabbard for this type. It was probably produced in the late 19th century. 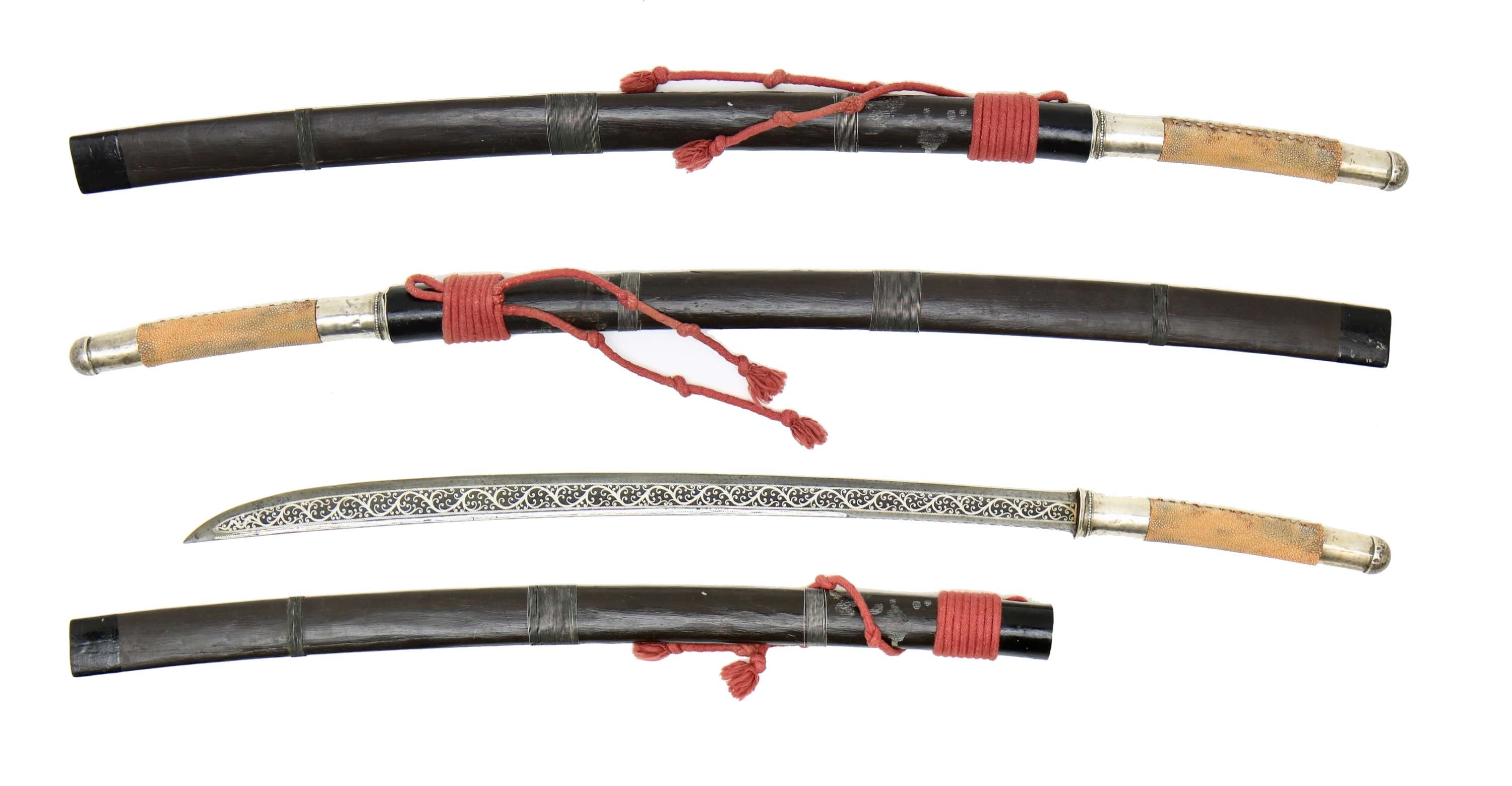 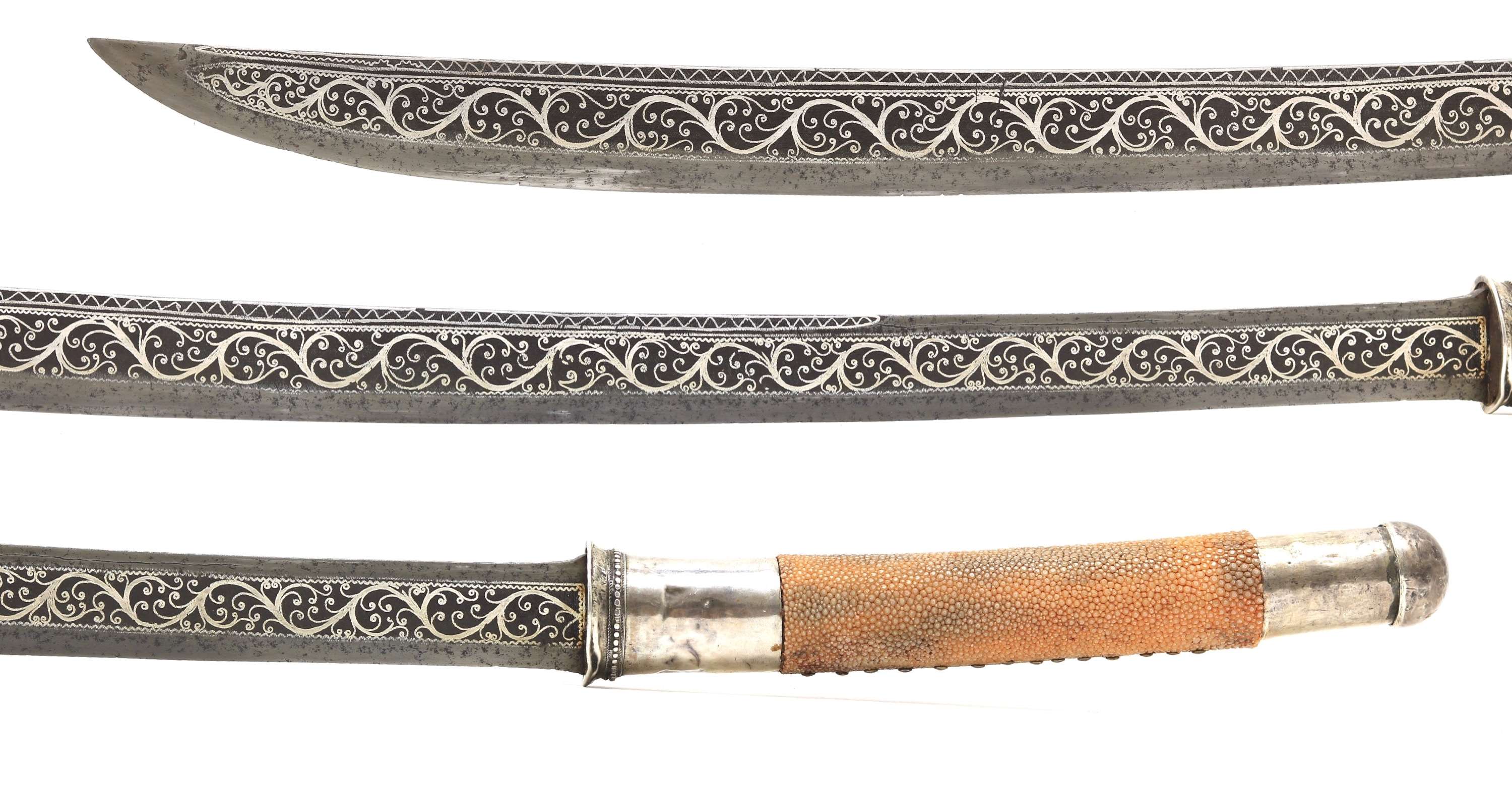 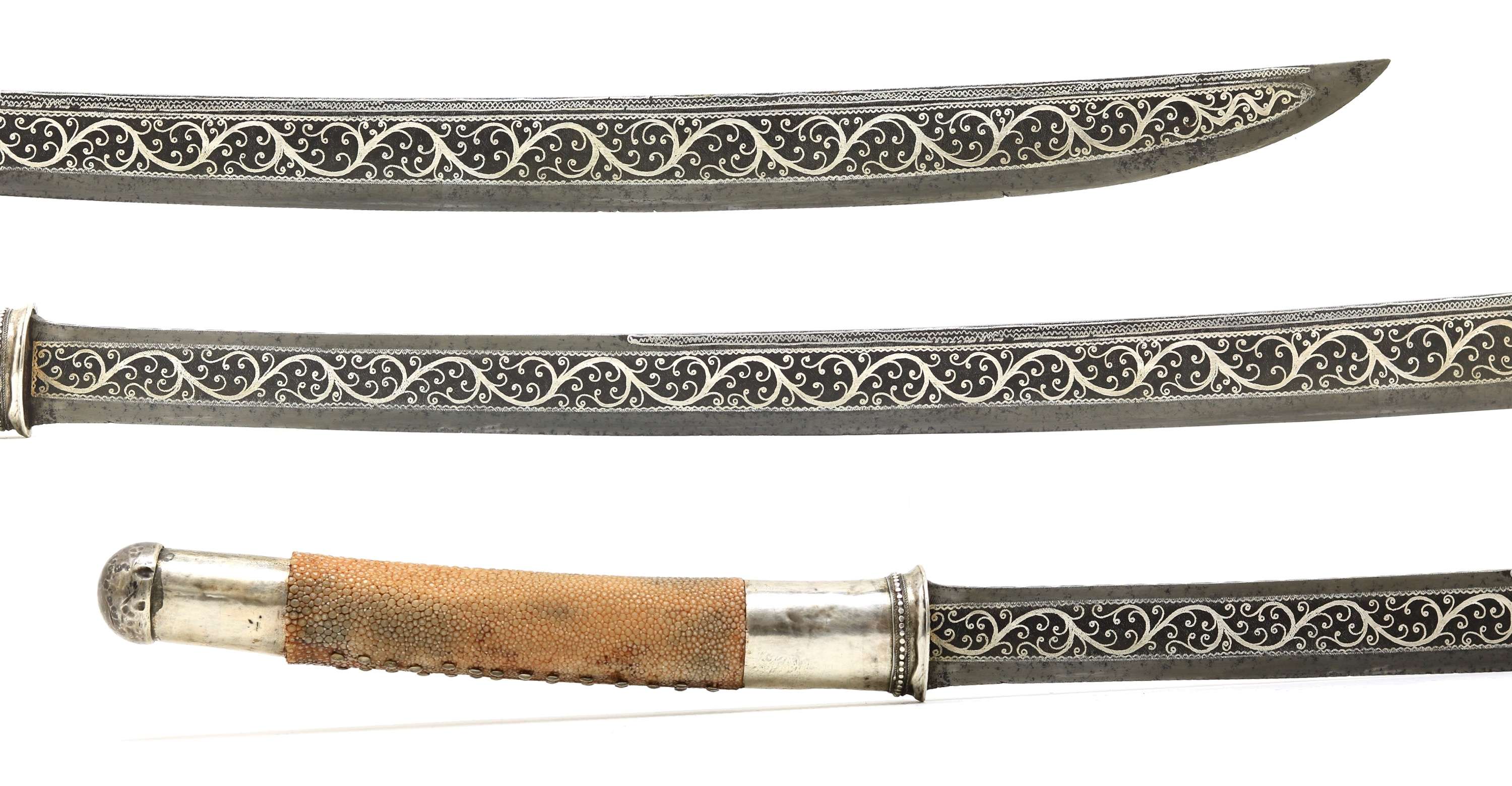 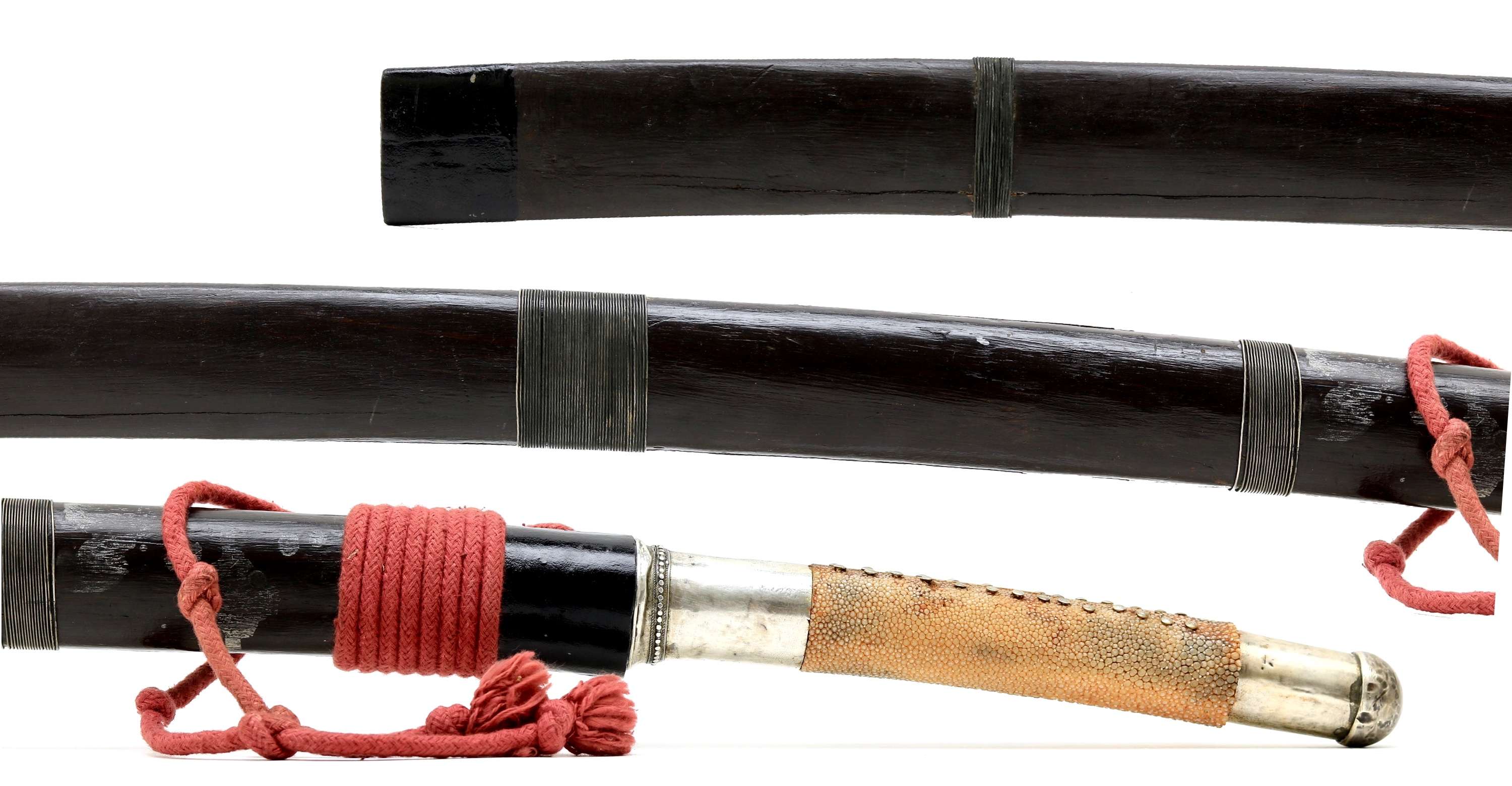 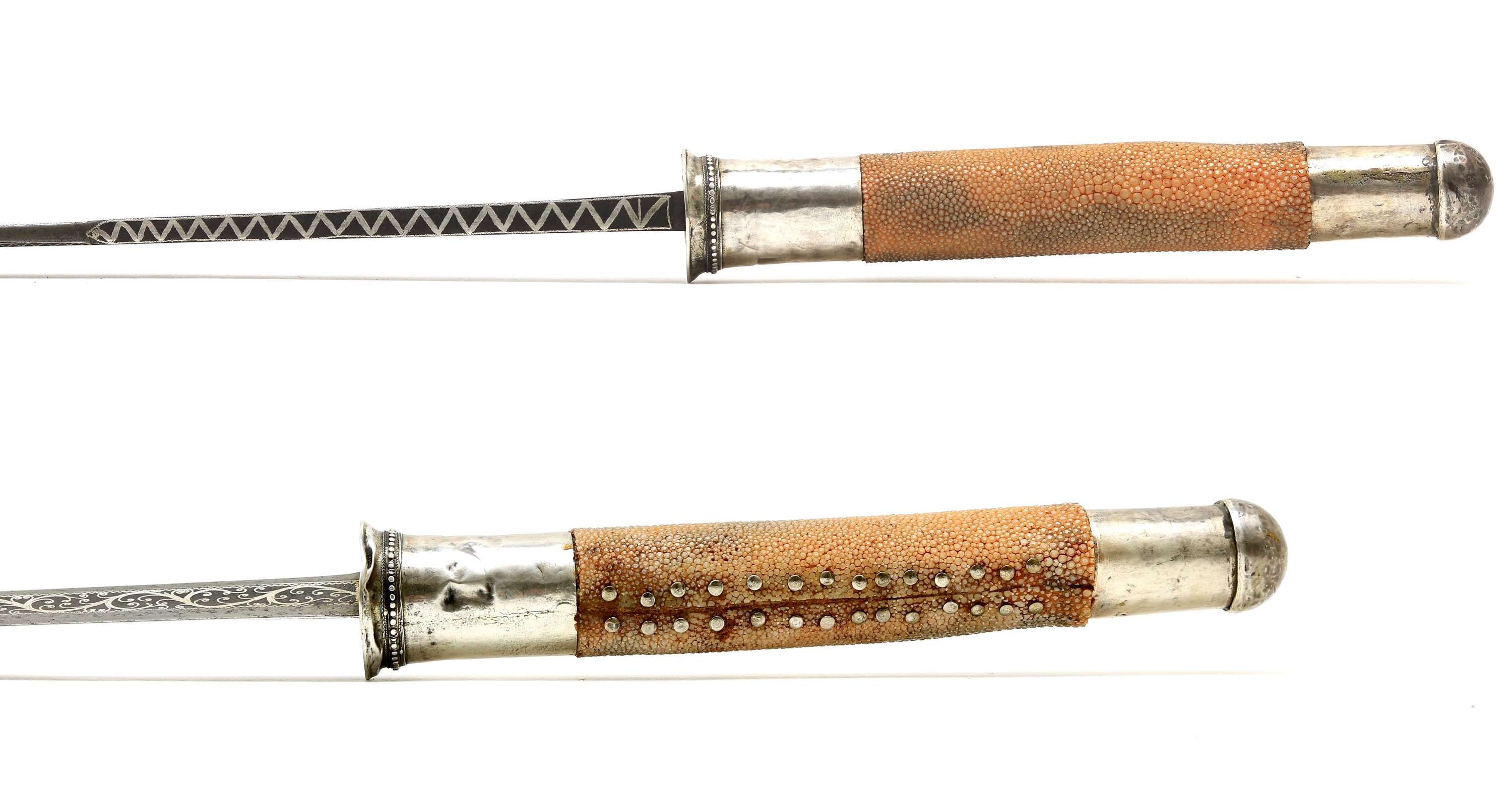 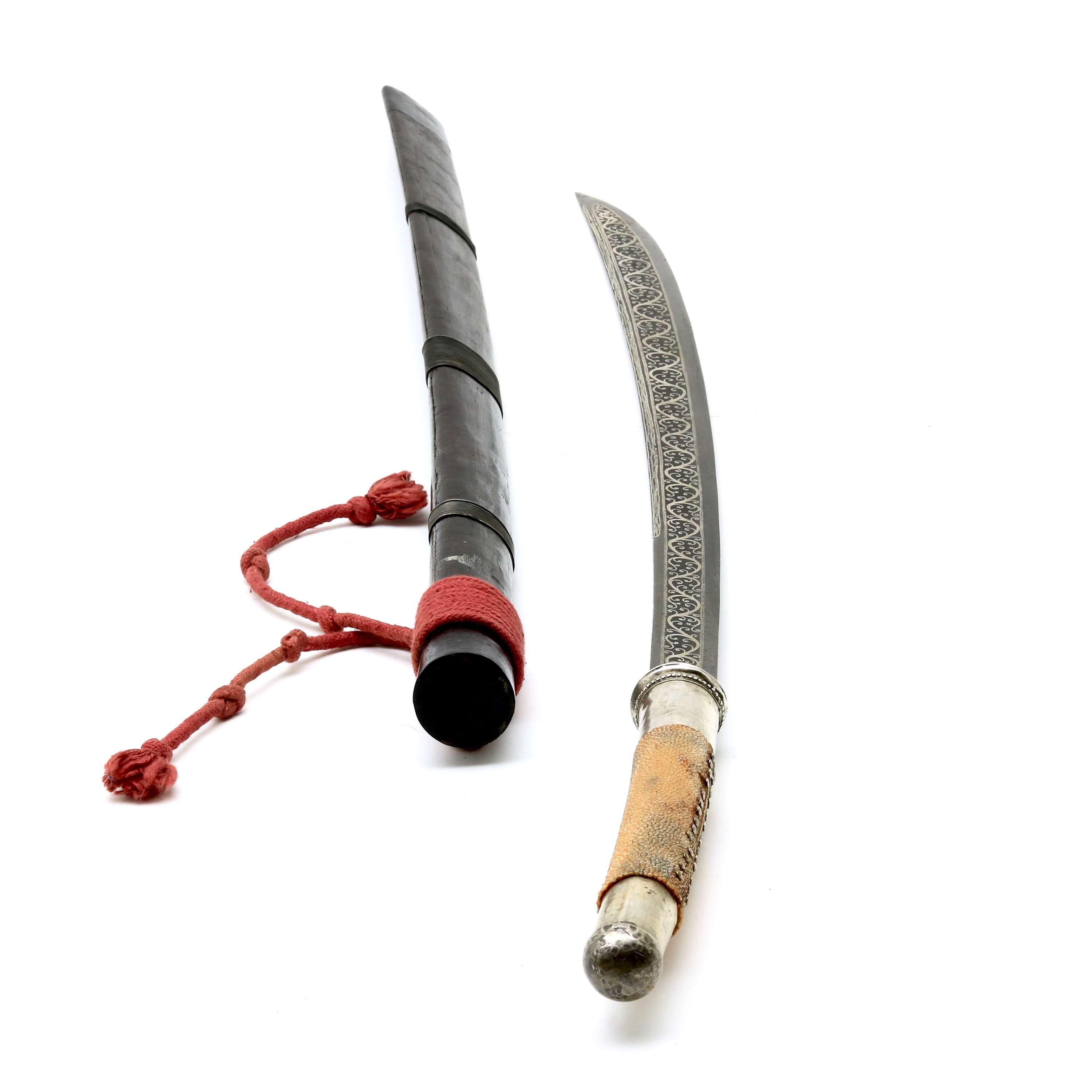