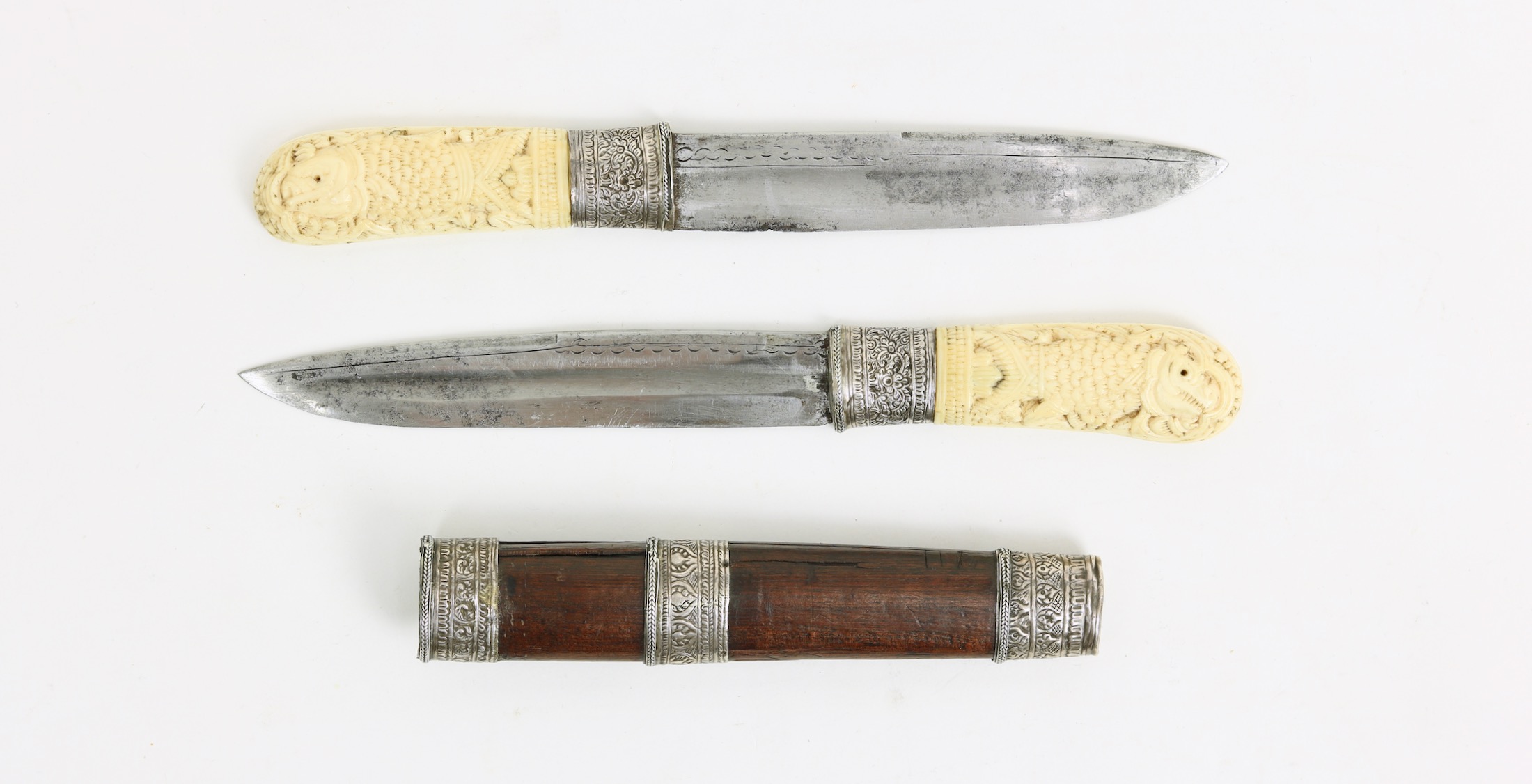 The knives have typical Burmese blades with a long back bevel and a shallow but wide groove running down the center of each blade. Blades are in "as found" condition but a polish may reveal at least differential heat treatment and probably also forge folding, as is common on Burmese knives.

The hilts are made of two small pieces of ivory, flat on the inside so the knives fit together tightly in the scabbard. The convex outer sides are carved with peculiar scaly fish with teeth. The top of each handle is reinforced with a silver ferrule, worked in fine detail with Burmese floral patterns.

The scabbard is made of dark hardwood, held together by three silver bands that are decorated in low relieve with geometric and floral ornamentation. Each knife has its own channel, separated by a wooden wall.

In very good condition throughout. Some minor denting on the scabbard end piece, some minor edge damage. Splits in the wood of the scabbard. No repairs or losses.

At this point, three other sets of Burmese double knives are known to me. The Metropolitan Museum, accession number 36.25.817a–c is a simple utilitarian set with plain blades and plain smooth ivory hilts. The set was sold by W. O. Oldman to George Cameron Stone before 1935, and bequeathed to the Metropolitan Museum in 1936.

The Royal Ontaria Museum has another set, under accession number 927.59.5.1. Overall form of blades and hilts are closer to ours, but here the hilts are made of brass with bone plates. 19th century. No provenance is given.

The last set is in the National Museum of Thailand. See photo by Gary Todd on flickr.com.

A very charming set of Burmese double knives, fitting in a single scabbard. The concept was probably inspired by Chinese double swords that often fit in a scabbard just like this.

One wonders what these were for. Judging from the blade geometry they are probably fighting knives or possibly throwing knives. 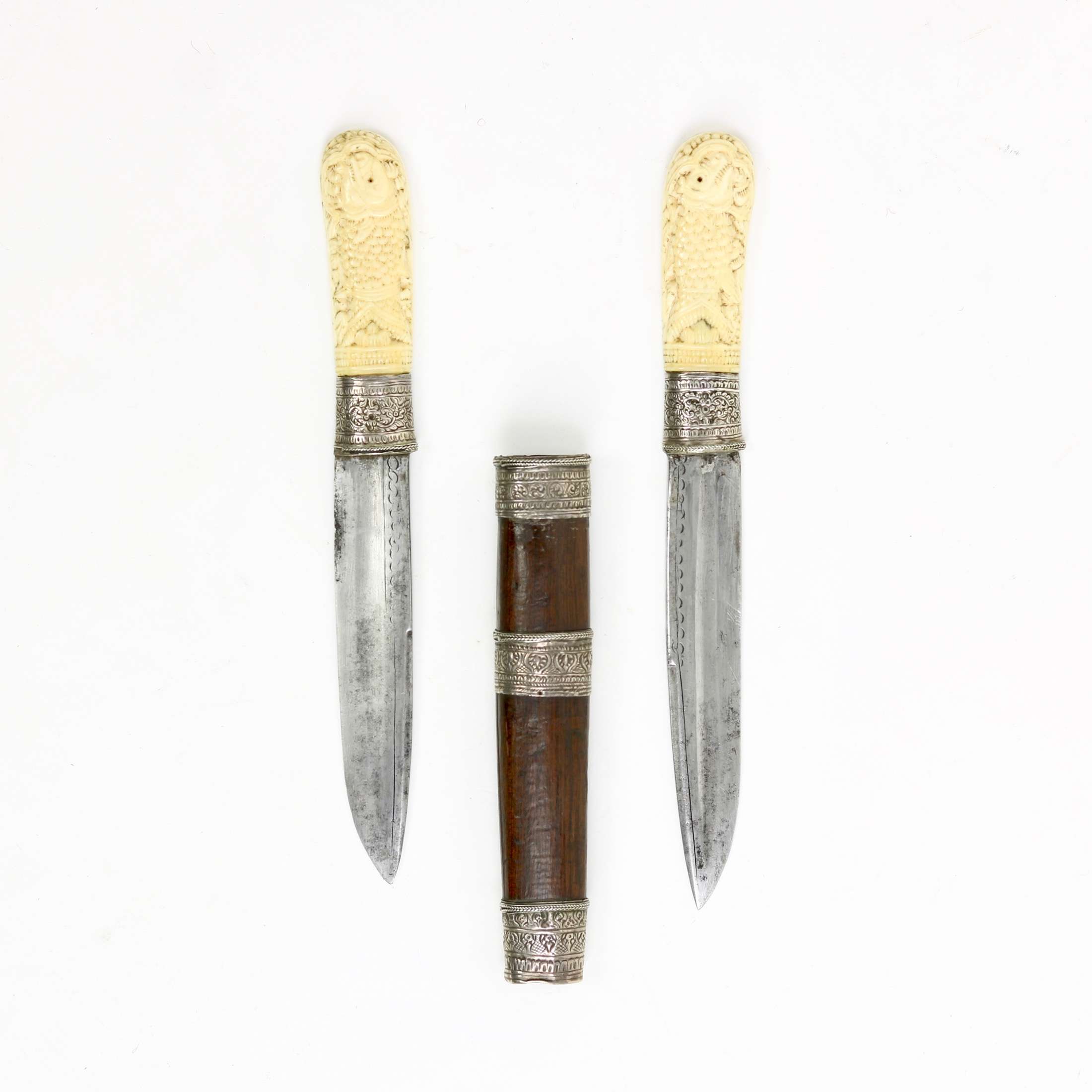 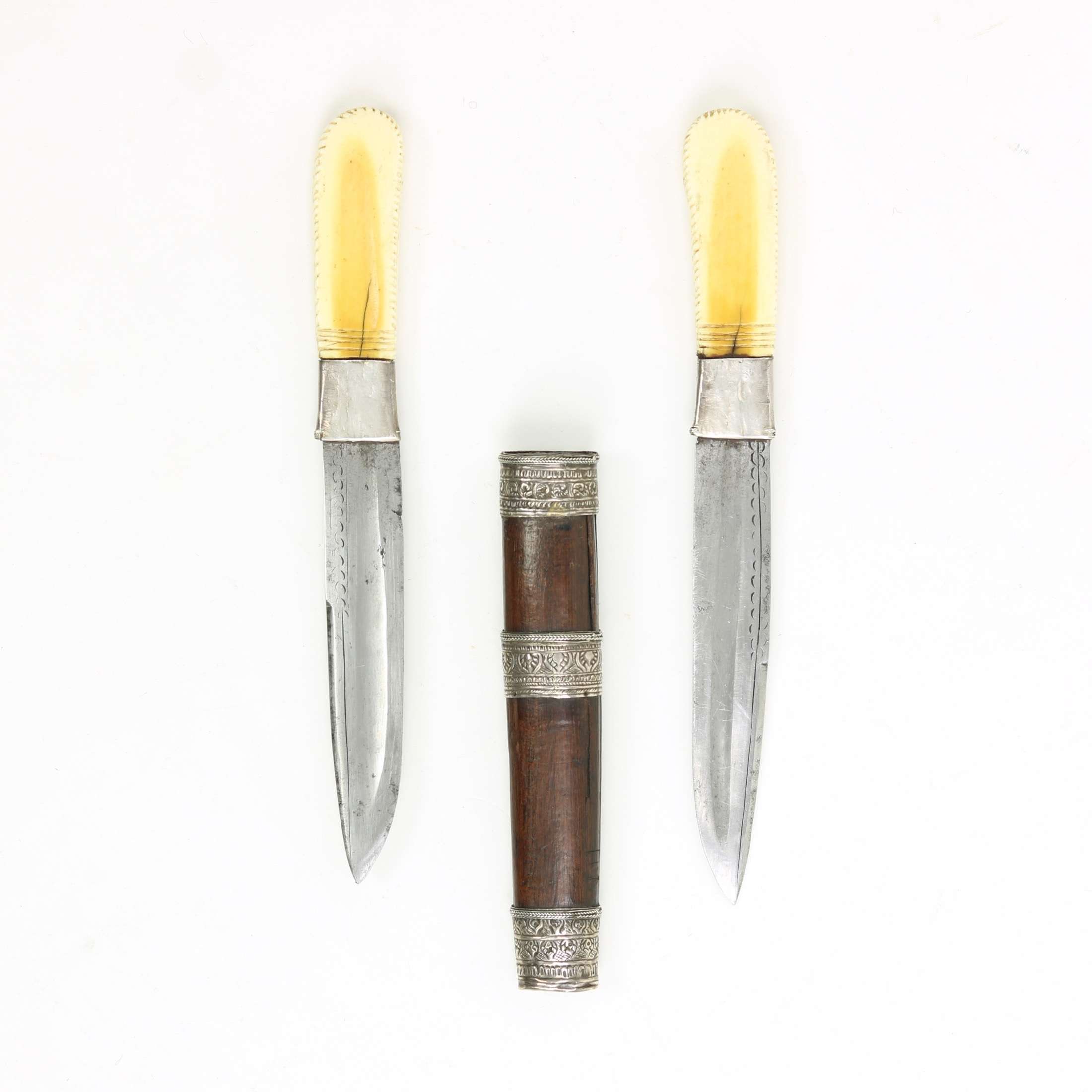 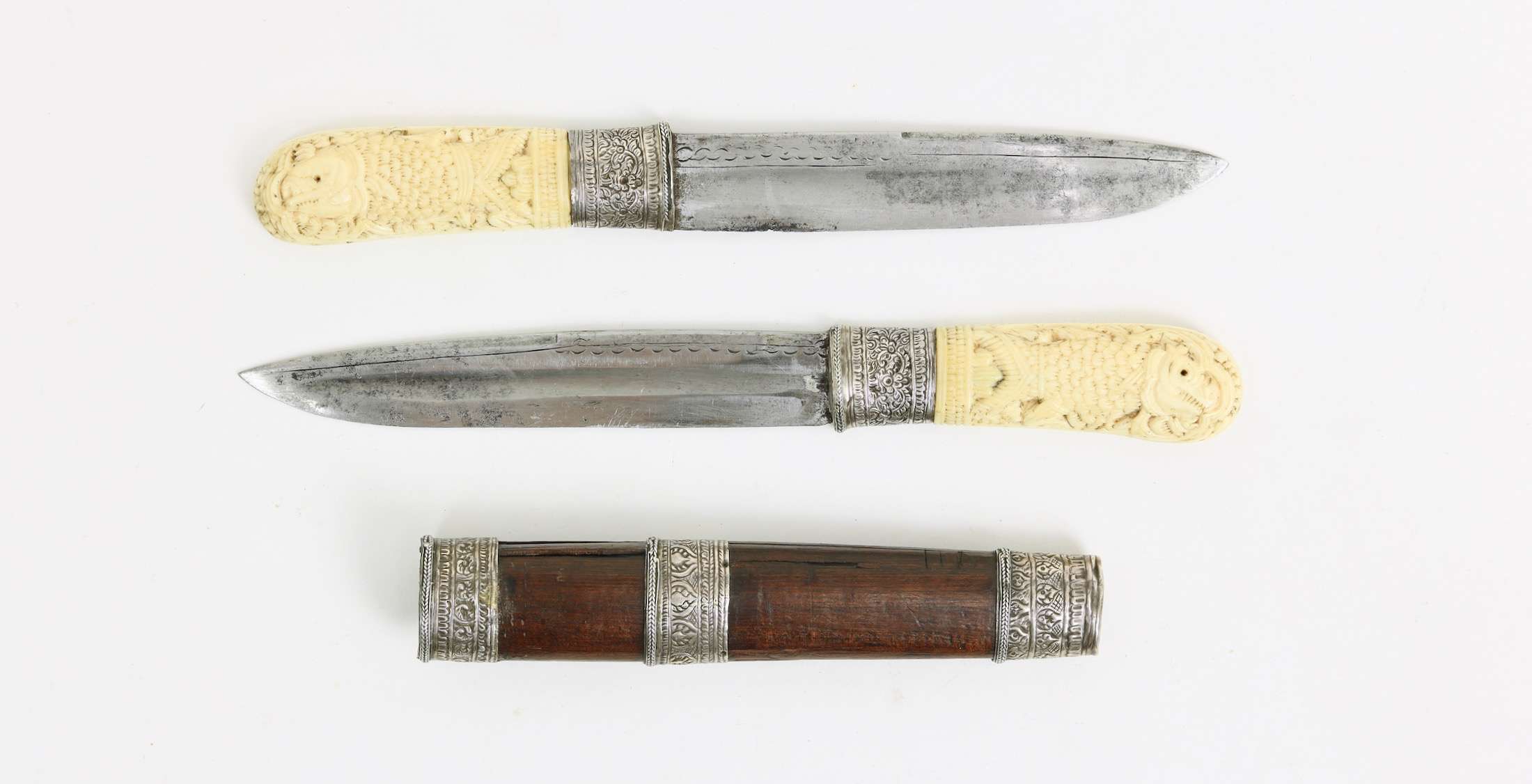