Introduction
The Chinese military saber of the early Qing was subject to official regulations in sizes, colors and materials used. For example, in the early Qing iron fittings were only for officers while soldiers could only have plain brass fittings.

However, officers -and sometimes soldiers- had considerable freedom in the choice of their blades. As a result we find many custom pieces that reflected the owner's personal preference in style and functionality. The variety among Chinese saber blades is therefore immense and it is a subject of study that has never bored me.

Here I offer yet another type that I had not yet seen before.

Description
An early Qing dynasty officer's saber of the 17th century with an unusually wide blade with three grooves, a wide one on top with two narrow ones just underneath it. The general shape is reminiscent of Tibetan zhibeidao, although those tend to be straight while this example has a gentle curve over it's the entire length, classifying it as a liuyedao or "willof leaf saber". At the base of the blade is a steel tunkou, a sleeve that ensures a good fit in the scabbard.

Despite its width, the total blade weight is not heavier than the standard military saber of the day. The kept the weight down by forging it a little bit thinner than these usually are. The rationale was probably to get a thinner edge that is better at slicing soft targets, but still with a lot of weight behind the edge for cutting power, much like the later niuweidao

One side of the blade in polish, revealing it is forge folded with very active pattern and an inserted high-carbon edge plate. It comes with its original simple iron guard, with some damage to the rim due to corrosion. Pommel and ferrule are associated, but appropriate style for the period of the blade: simple iron fangshi or "angular style". Iron was a material that only officers could use at this time, the soldiers had brass fittings. I did the grip wrap in cotton cord that I dyed myself with natural indigo dye, and then aged to match the old blade fittings. It comes with a wooden resting scabbard made by Philip Tom. 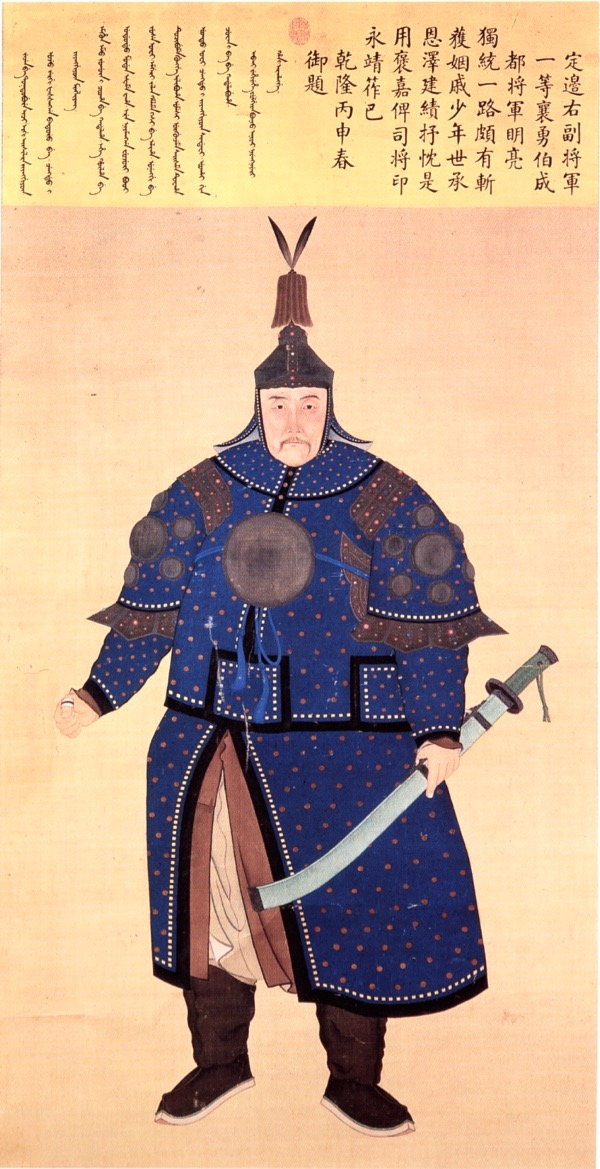 General Mingliang and his iron mounted saber with fangshi fittings.
Mingliang was an exemplary Manchu officer. Of noble descent, he chose to grind his way through the military ranks anyway.
Even though his rank allowed him to use gilt fittings, he chose simple iron instead. 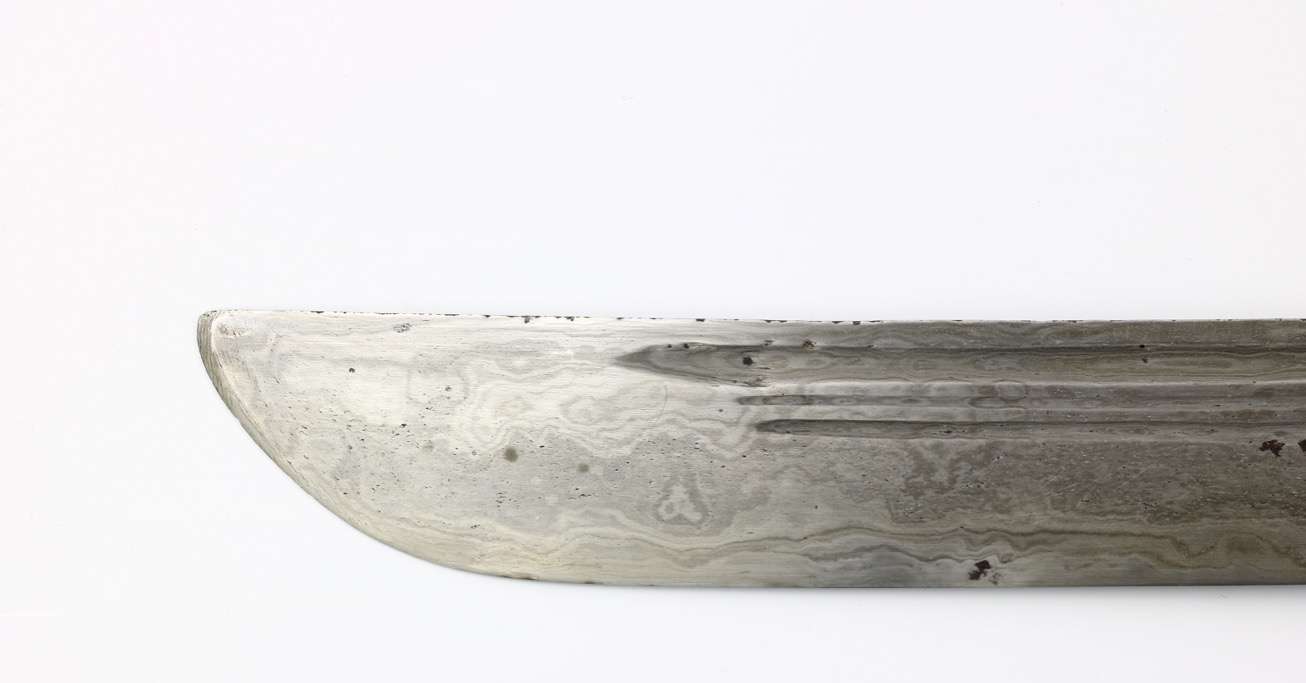 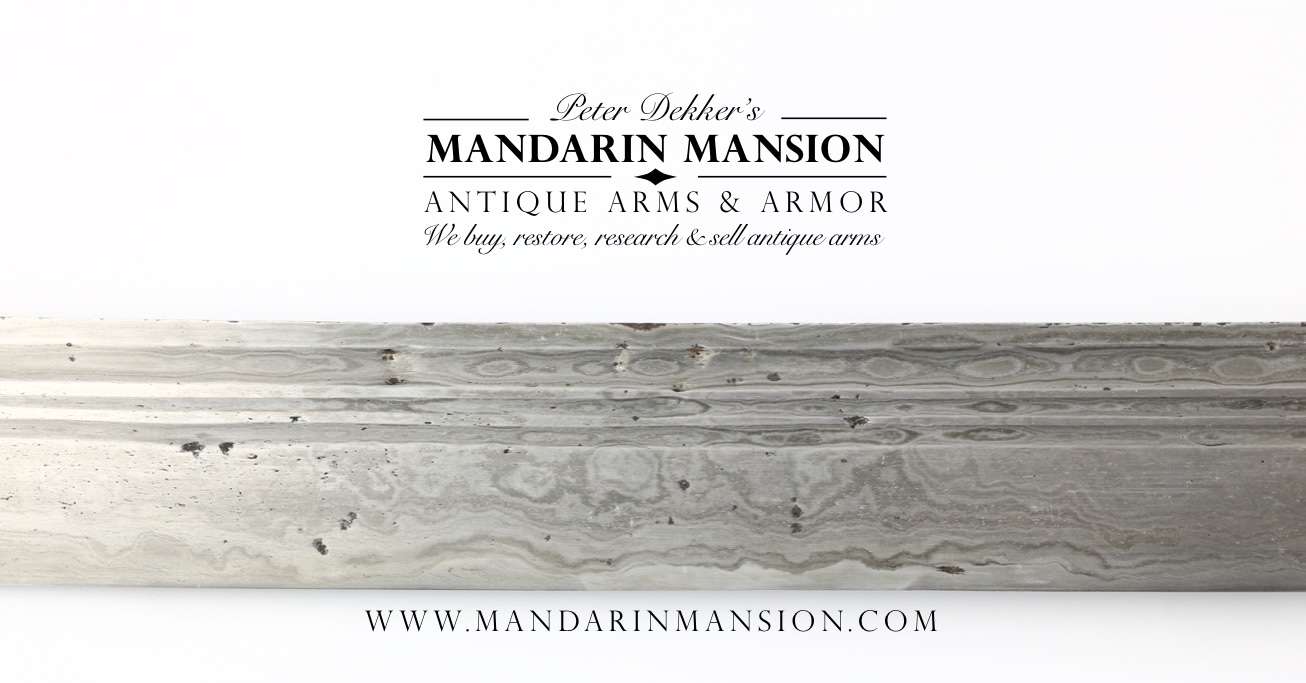 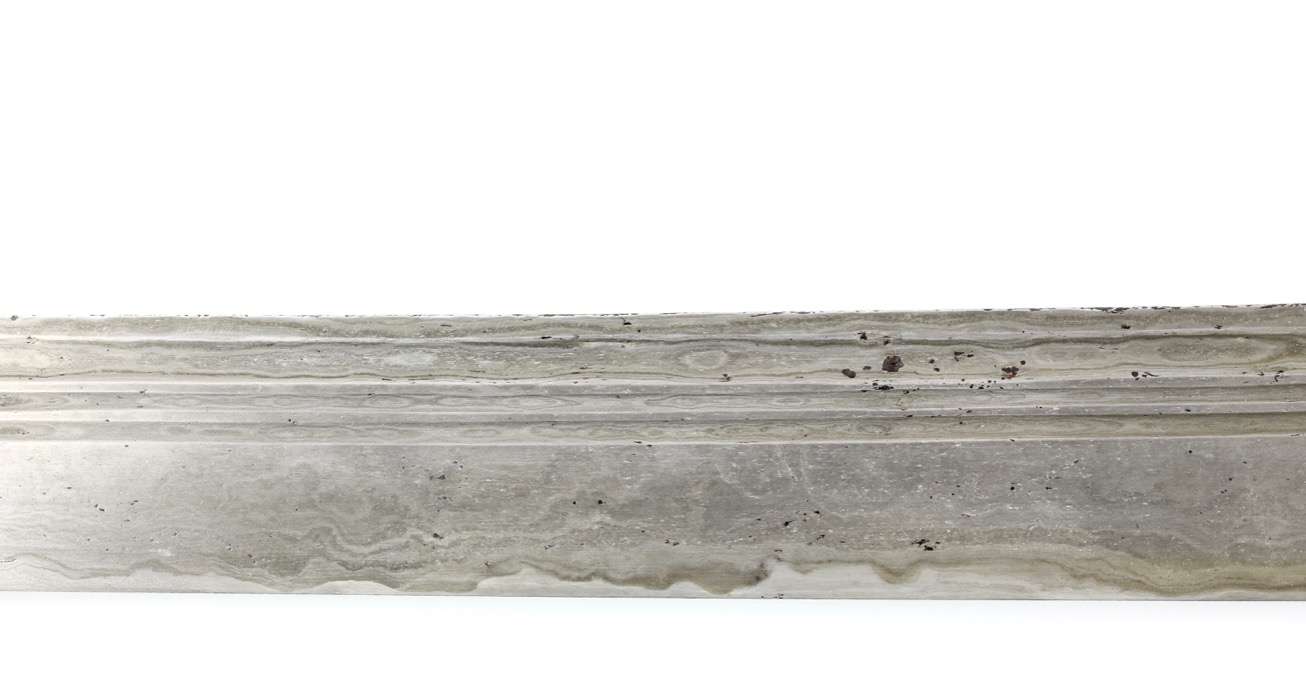 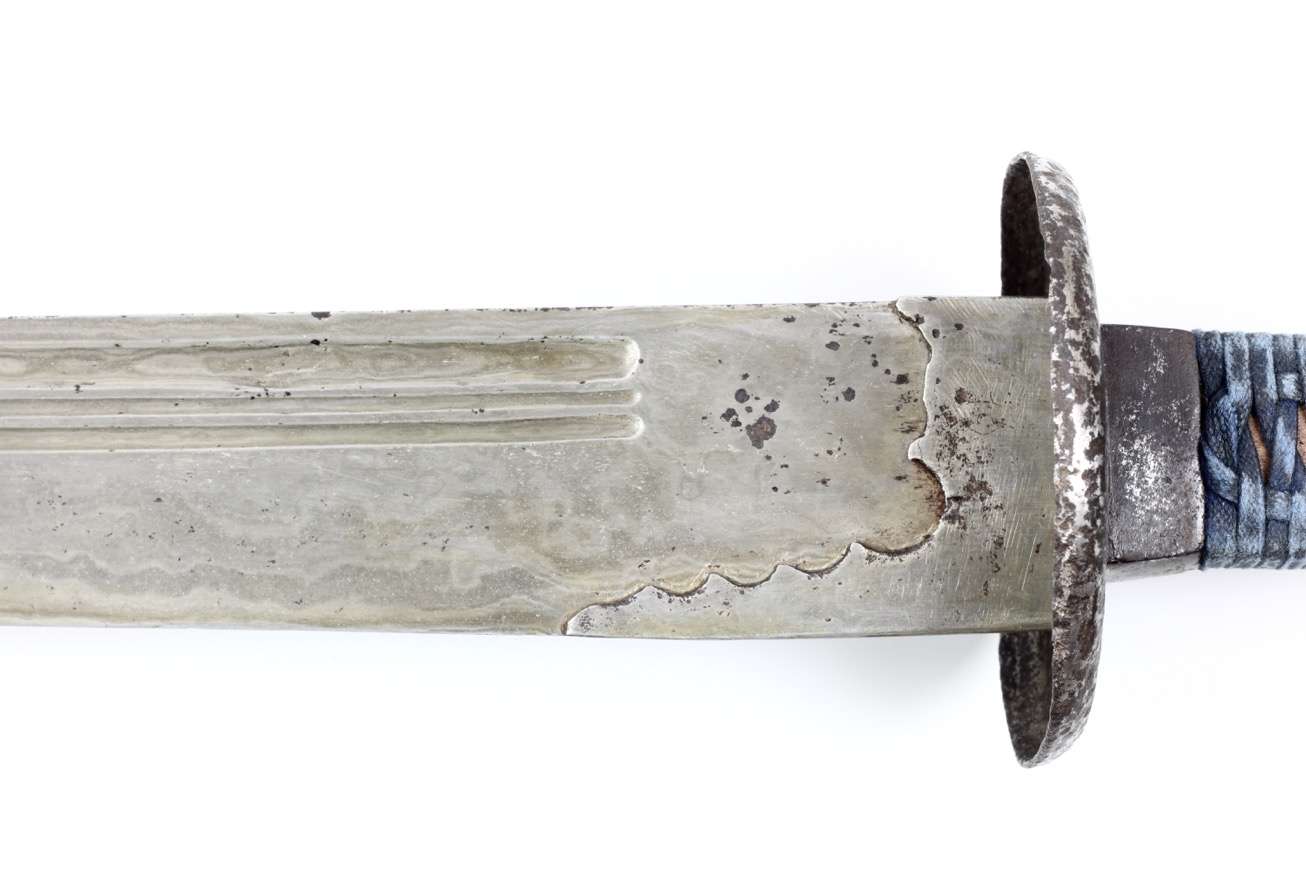 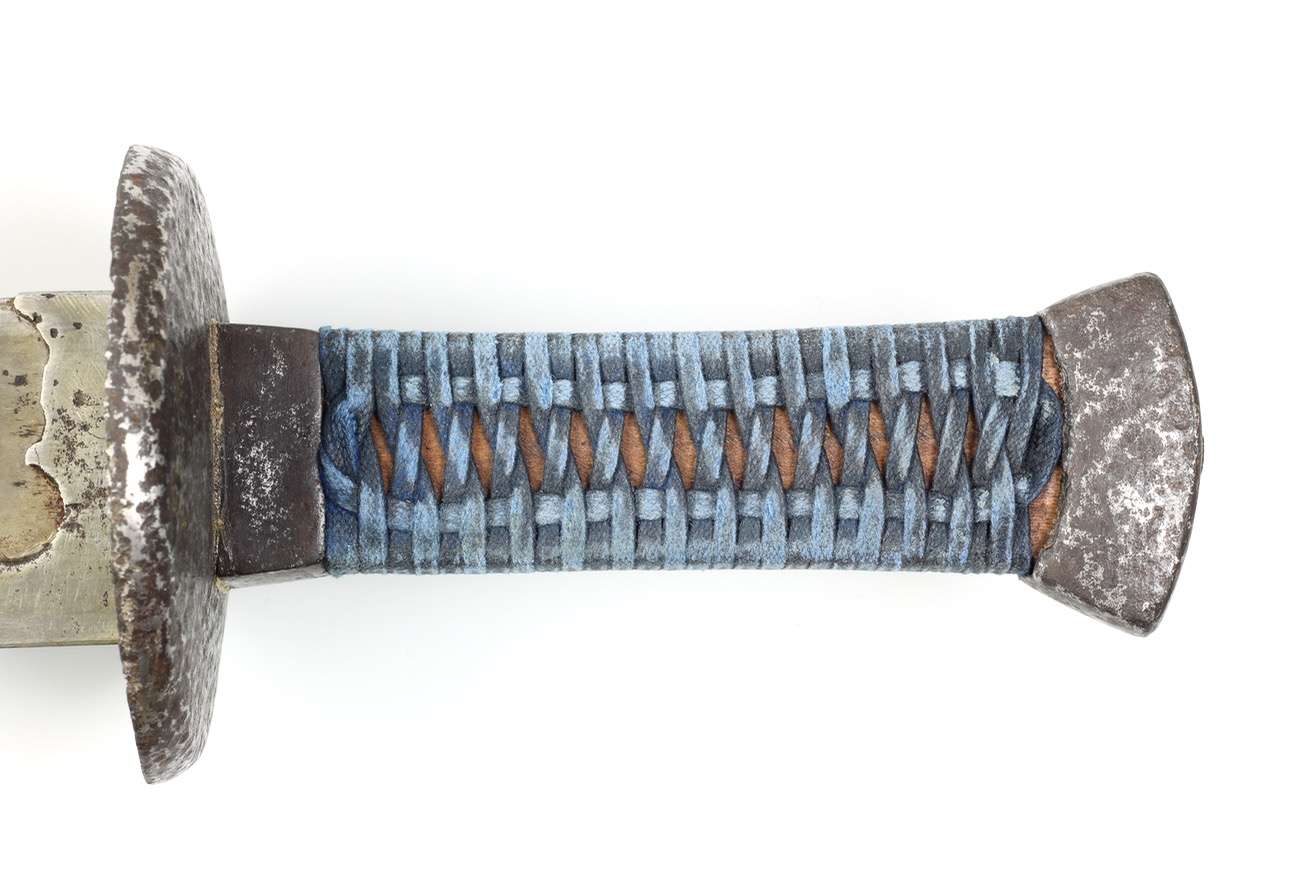 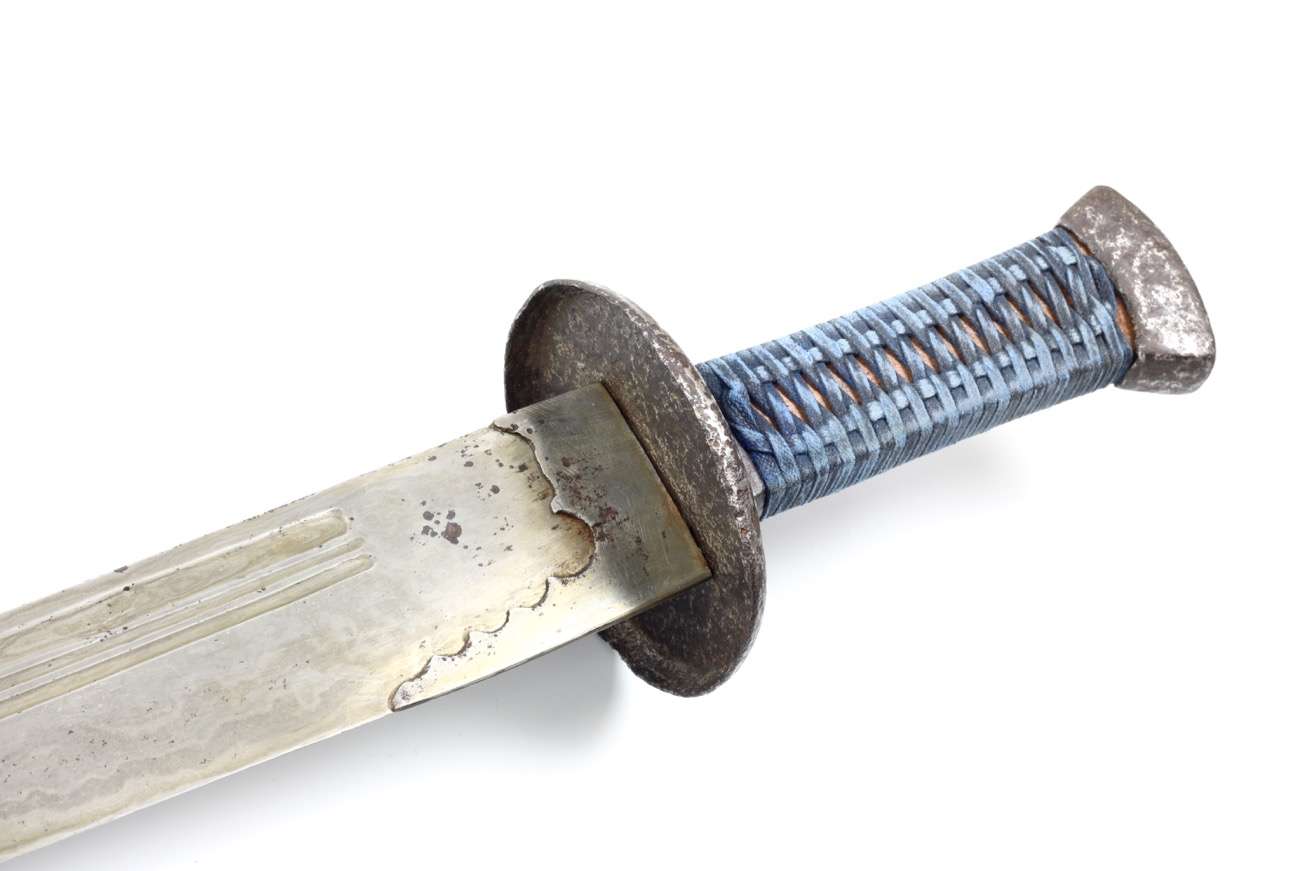 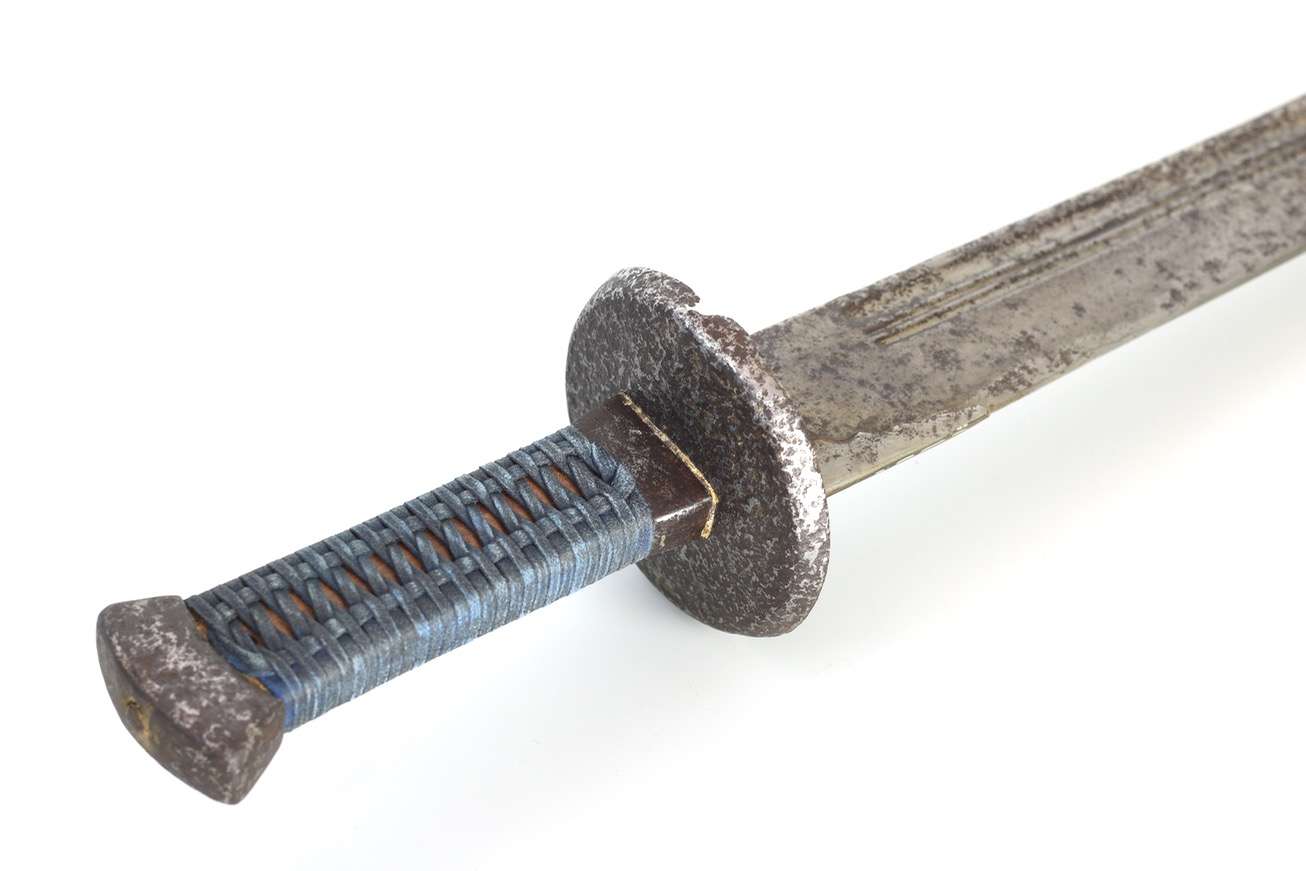 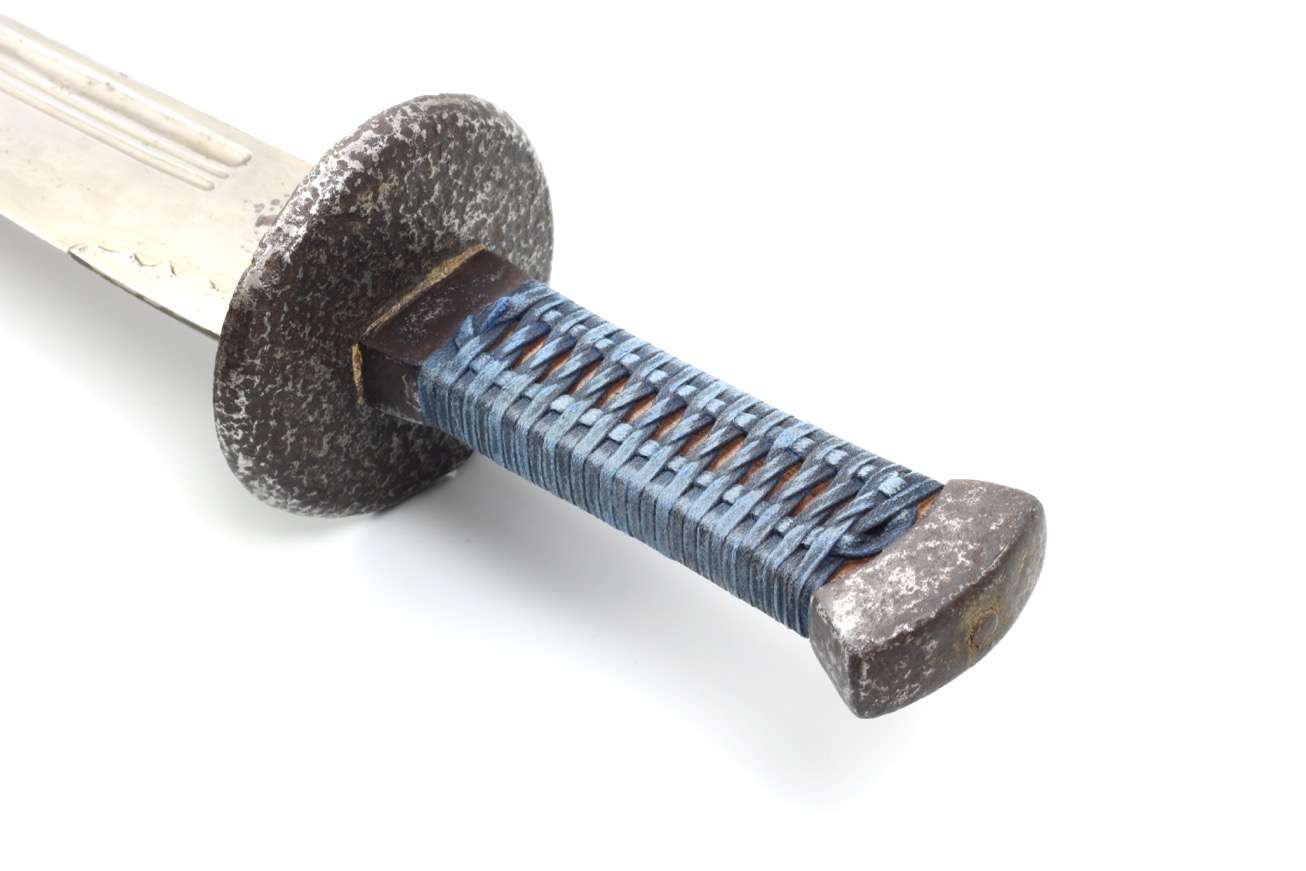