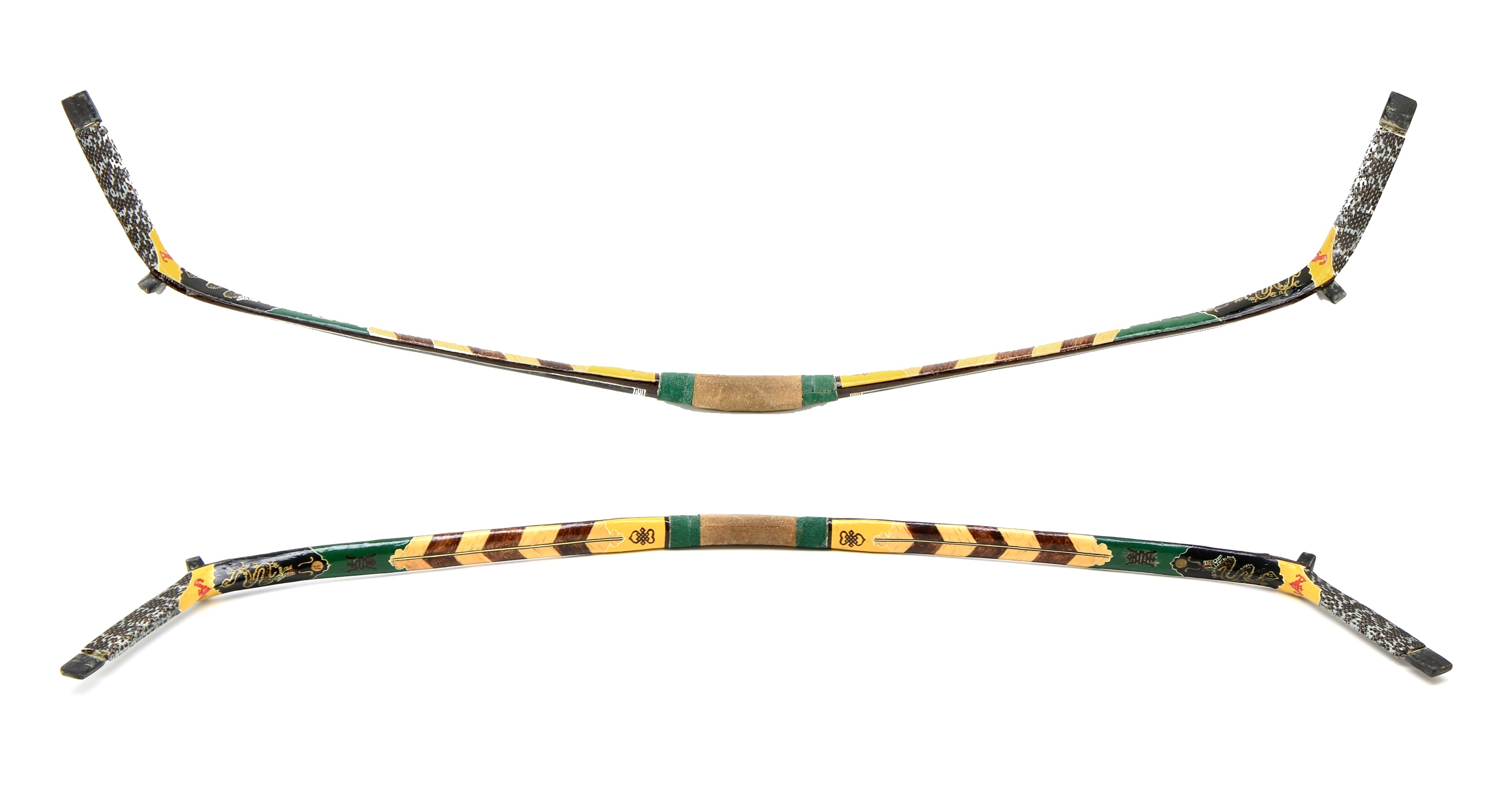 Jù Yuán Hào (聚元號) is a famous bow making workshop in Beijing. Founded in 1720, it changed hands to the Yáng family when Yáng Ruìlín (杨瑞林), a Manchu of the Blue Banner, purchased it from its previous owner in 1910.

Jù Yuán Hào in 1957.
Yáng Ruìlín (杨瑞林) is in the front, left.
His son and successor Yáng Wéntōng (杨文通) behind him, far left.
The rest appear customers from Qinghai (with hat) and Mongolia.

The shop was closed down and its inventory burned by Red Guards in 1966. In 1998, after a hiatus of 32 years, Yáng Fúxǐ (杨福喜) reinstated the brand and is still making bows today. The shop gained international fame after being the subject of a number of documentaries and articles in international media.

A rare example of a late bow by Yáng Wéntōng himself, probably made in the late 1990s to early 2000s. It is a very heavy bow, possibly around 100 pounds. The condition is as new.

It is of the Sino-Mongolian form, with short ears, as he made to cater to a mostly Mongolian clientele in the heydays of Jù Yuán Hào in the 1950s. The ears are covered with snake skin, and with buffalo horn inserted nocks. Both bellies are made of black buffalo horn, lined with a thick white paper line, a hallmark of Jù Yuán Hào manufacture that can also be seen in old Mongolian photographs of the mid 20th century.

The handle is made of cork with green ray-skin on either side. The back of the bow is completely covered with birch bark, with patches painted in black, green and yellow. At the inside of the knee are painted dragons and the character 日 (rì; "sun") on one side and月 (yuè; "moon") on the other, representing Yin and Yang.

Other decoration includes stylized bats, symbols of luck, and eternal knots executed in the form of goards, referring to continuity, specifically continuity of one's lineage as the goards bear many seeds that bring new life.

The condition of this bow is nearly "as new". A tiny bit of serving on the string is loose. Decoration fully intact. It is probably usable, but because of its high draw weight I did not attempt to string it.

This bow was purchased directly from Yáng Wéntōng by Stephen Selby. It remained in the Stephen Selby collection until recently, and was part of the exhibition titled "Archery Traditions of Asia" in the Hong Kong Museum of coastal defense that was opened in 2003 and ran for a number of years.

A very rare extant example of late work by Yáng Wéntōng, 9th generation bowyer of Jù Yuán Hào (聚元號), in excellent condition and with sound provenance. Yáng Wéntōng's production was quite low in his final years so there are not many of these around. 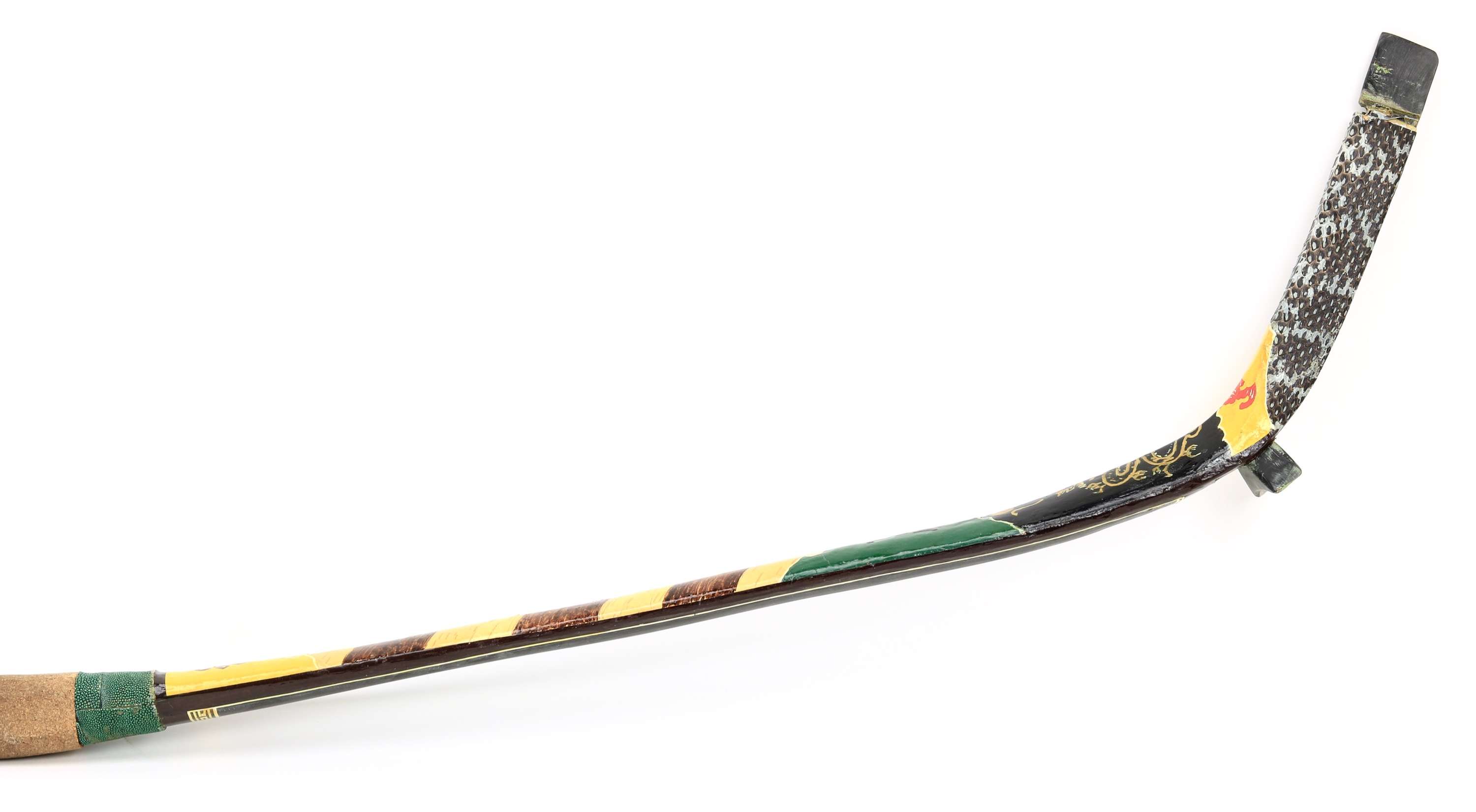 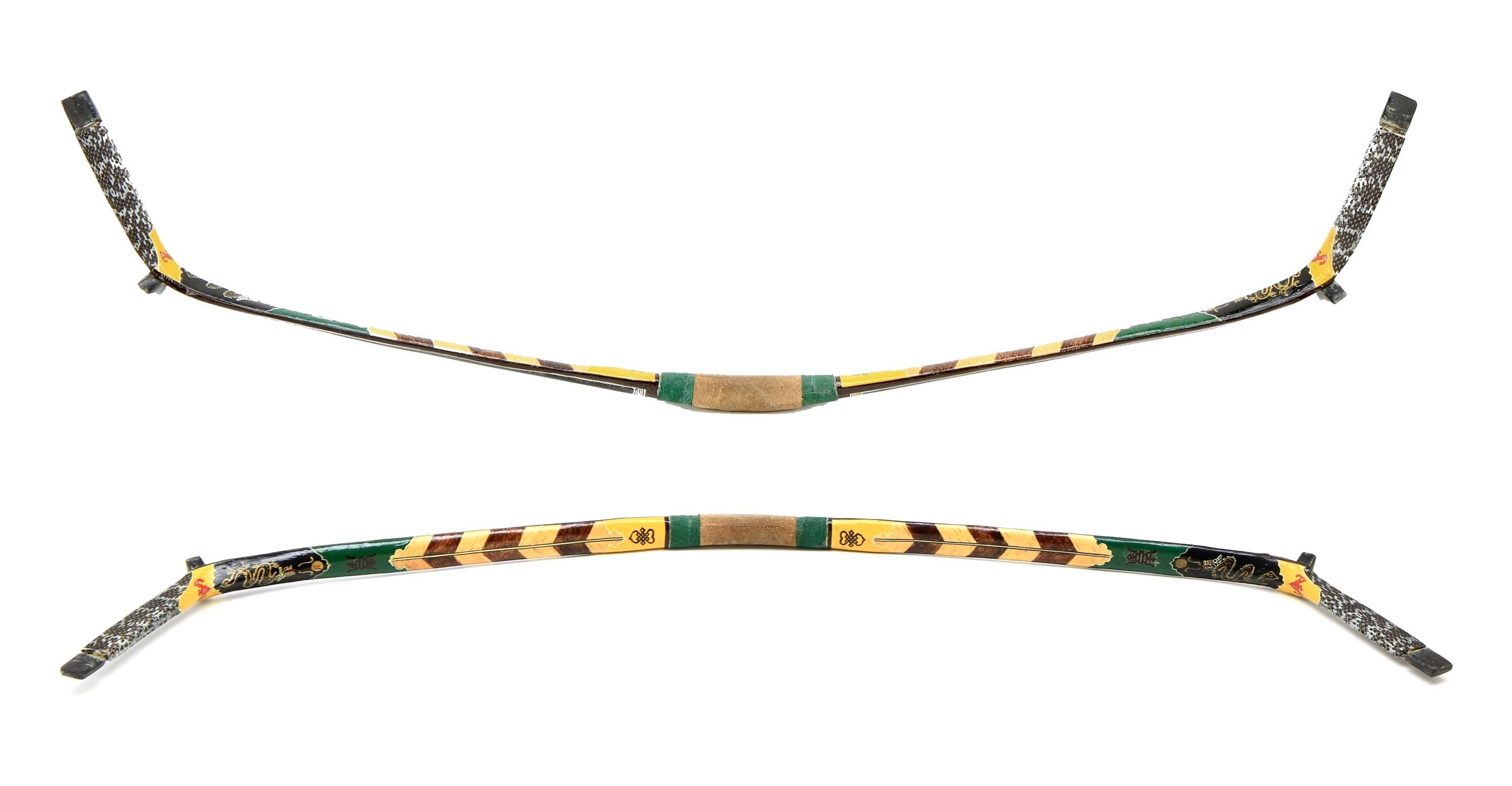