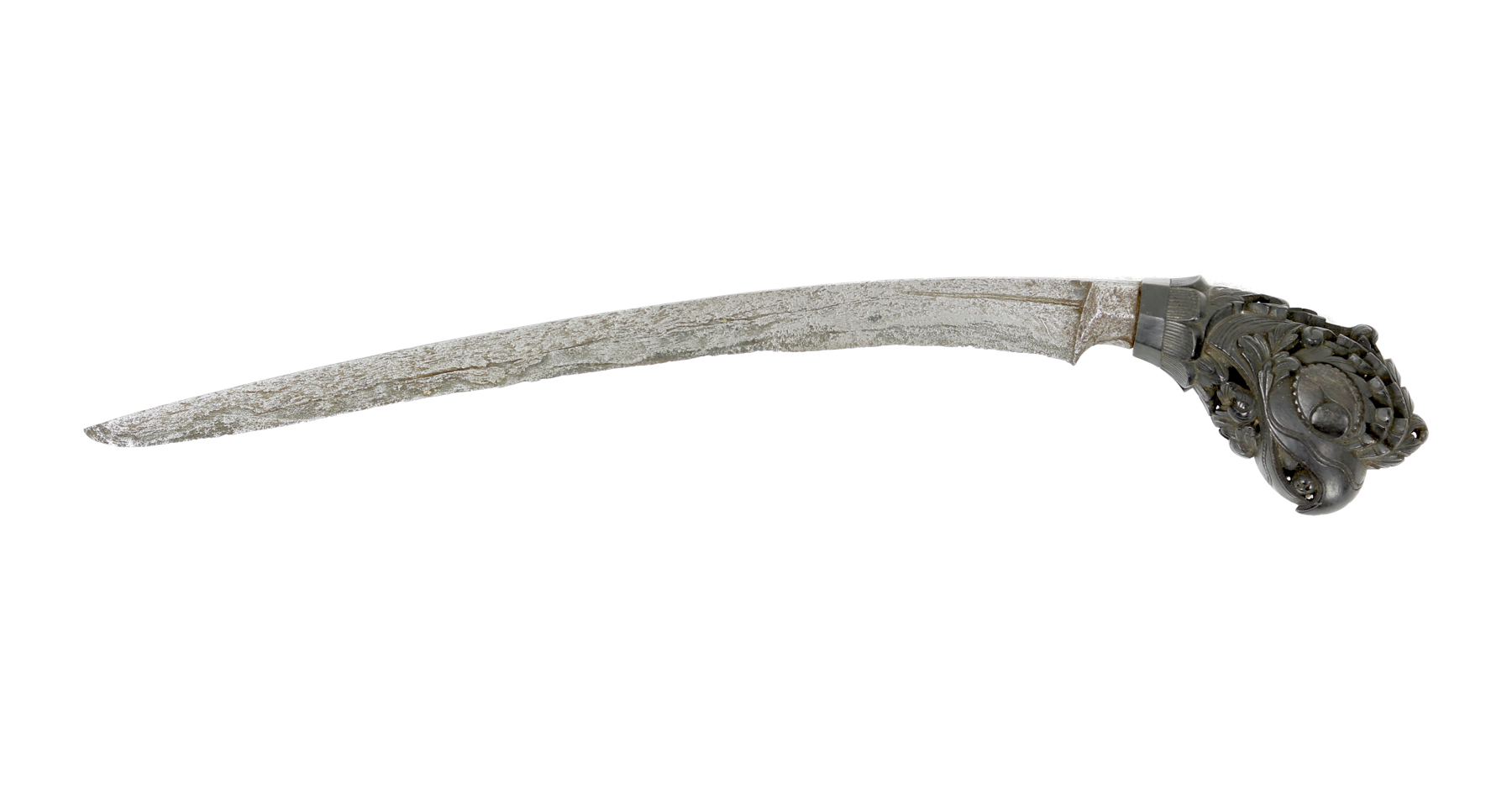 A charming little sewar dagger from the island of Sumatra, Indonesia. It has a thick, inward curving blade that was forge folded and deeply etched to show the forging lines as a topography.

The most striking aspect of it is the bird's head grip, meticulously carved out of a single piece of black water buffalo horn. The carving is lively and crisp, with no damage whatsoever. No scabbard.

"The Malays of Sumatra generally wear the same weapons as those of the Peninsula, with the addition of the rudus and pemandap, sorts of swords, and the suvar, a sort of small dagger, used for assassination." 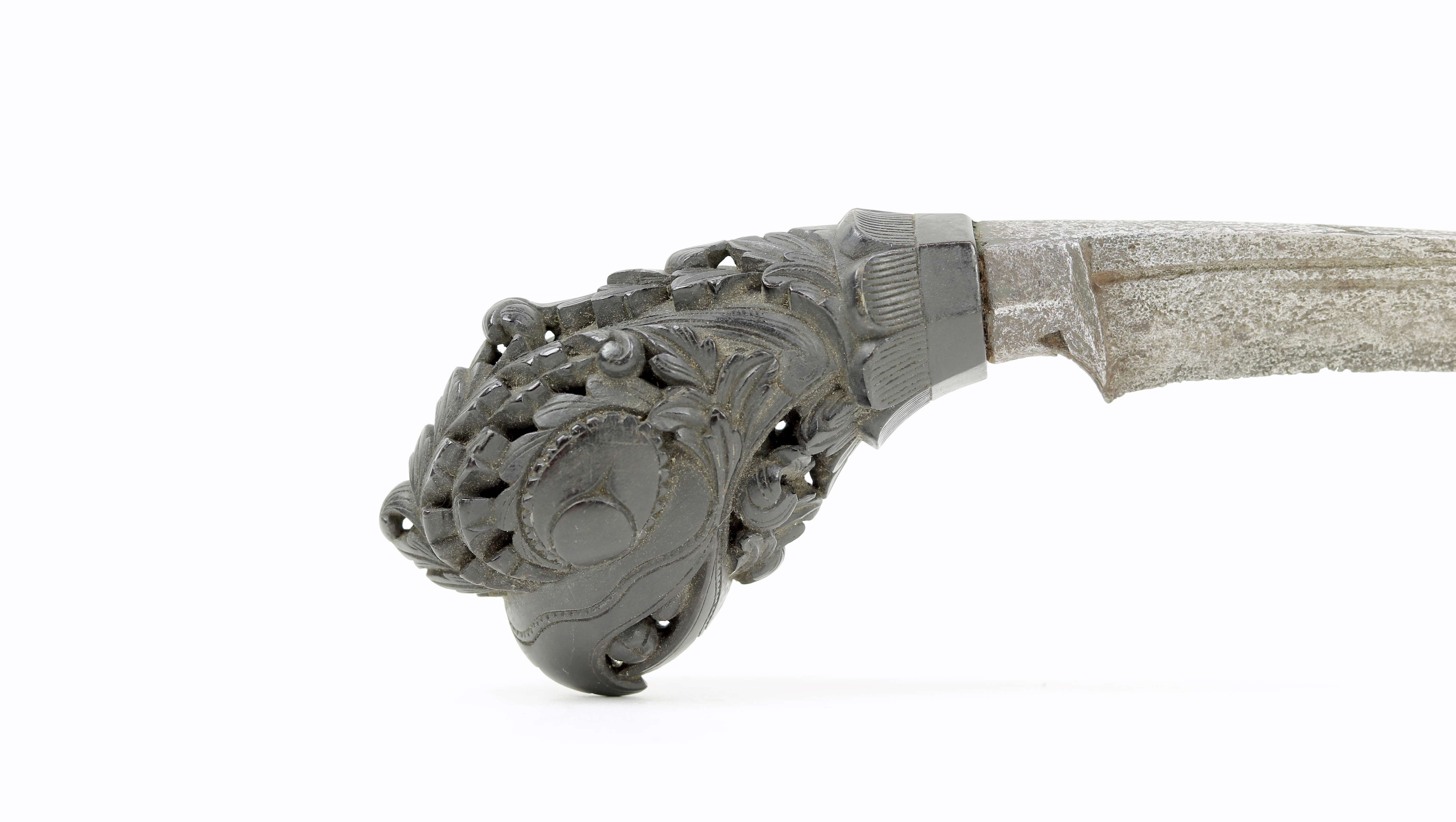 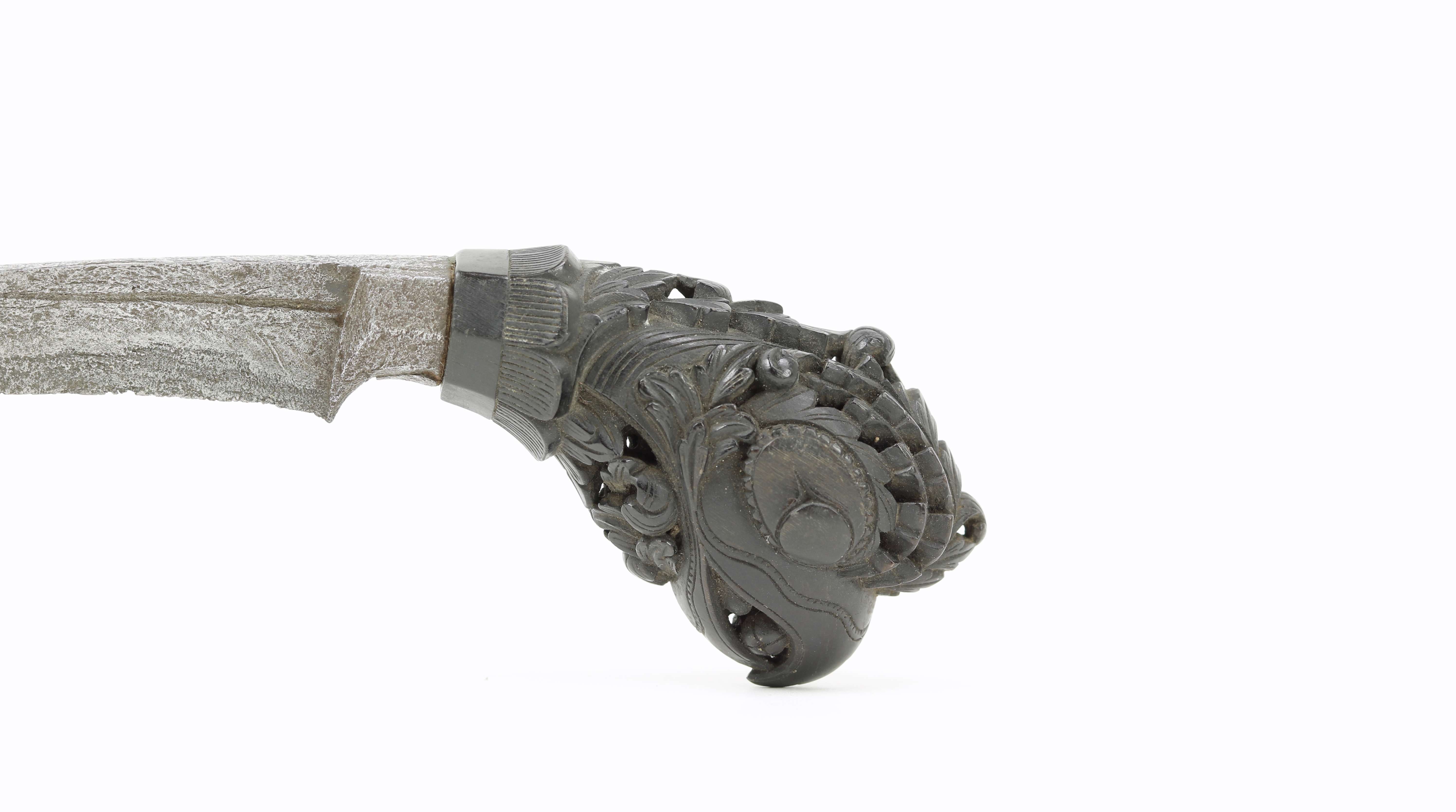 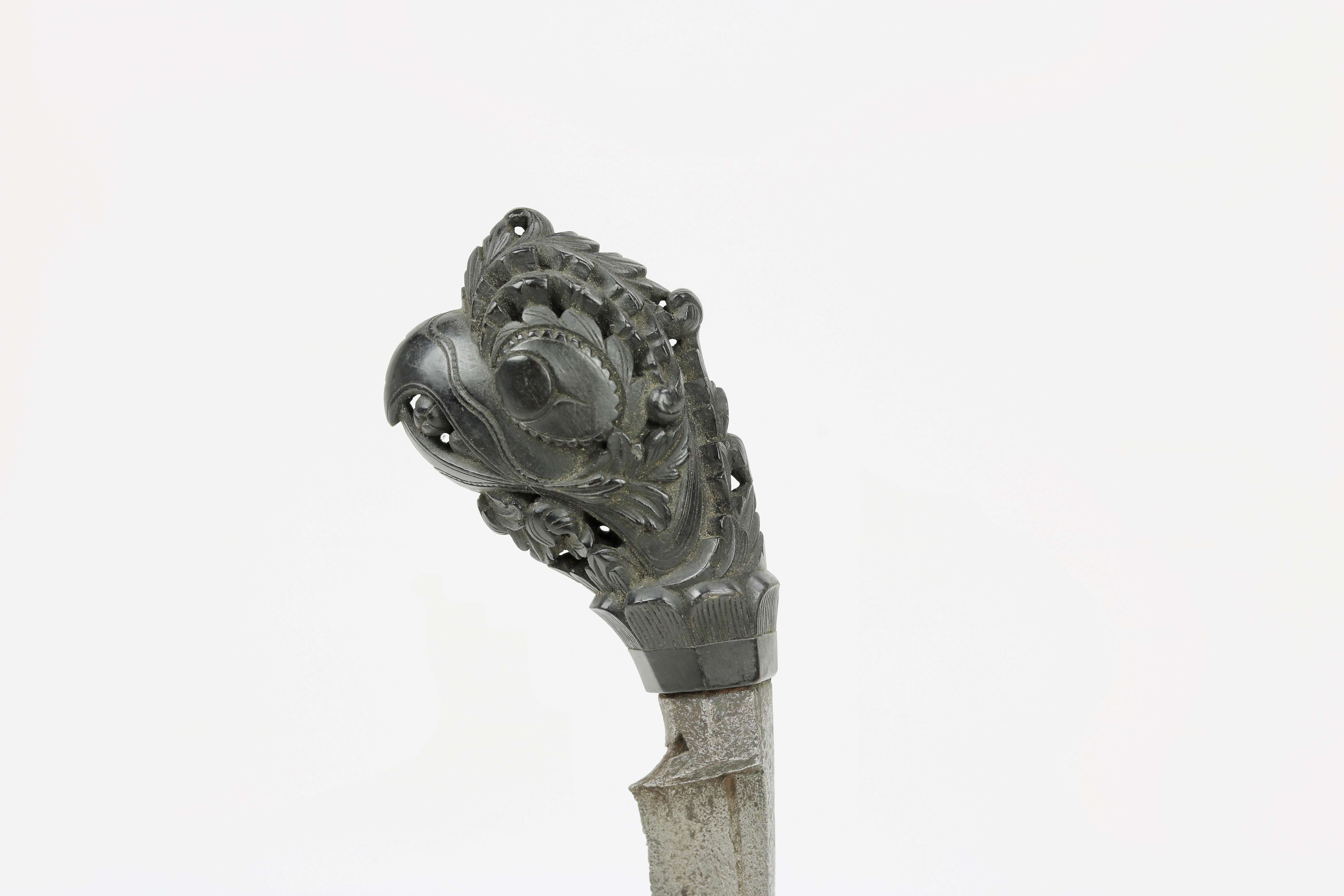 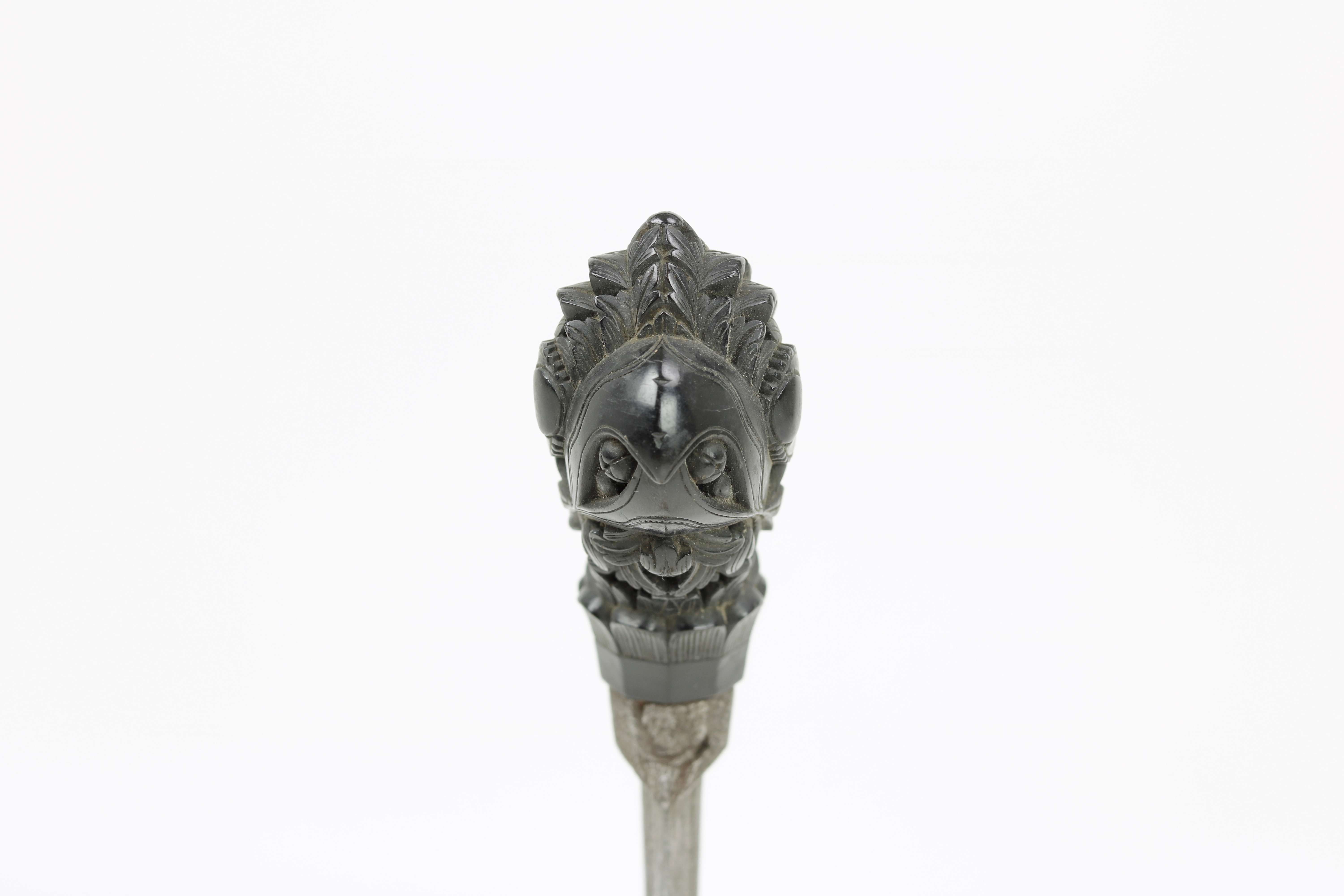 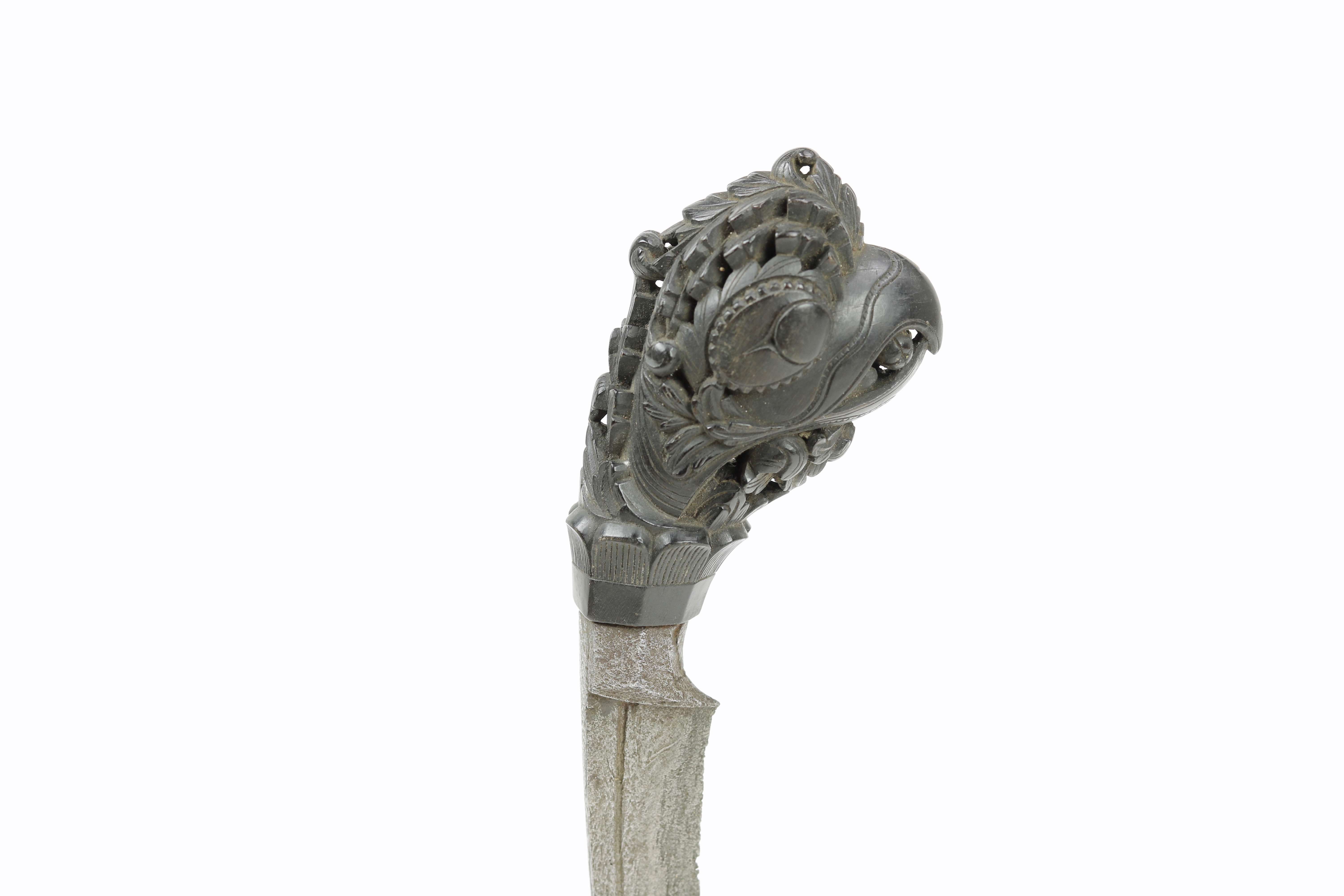 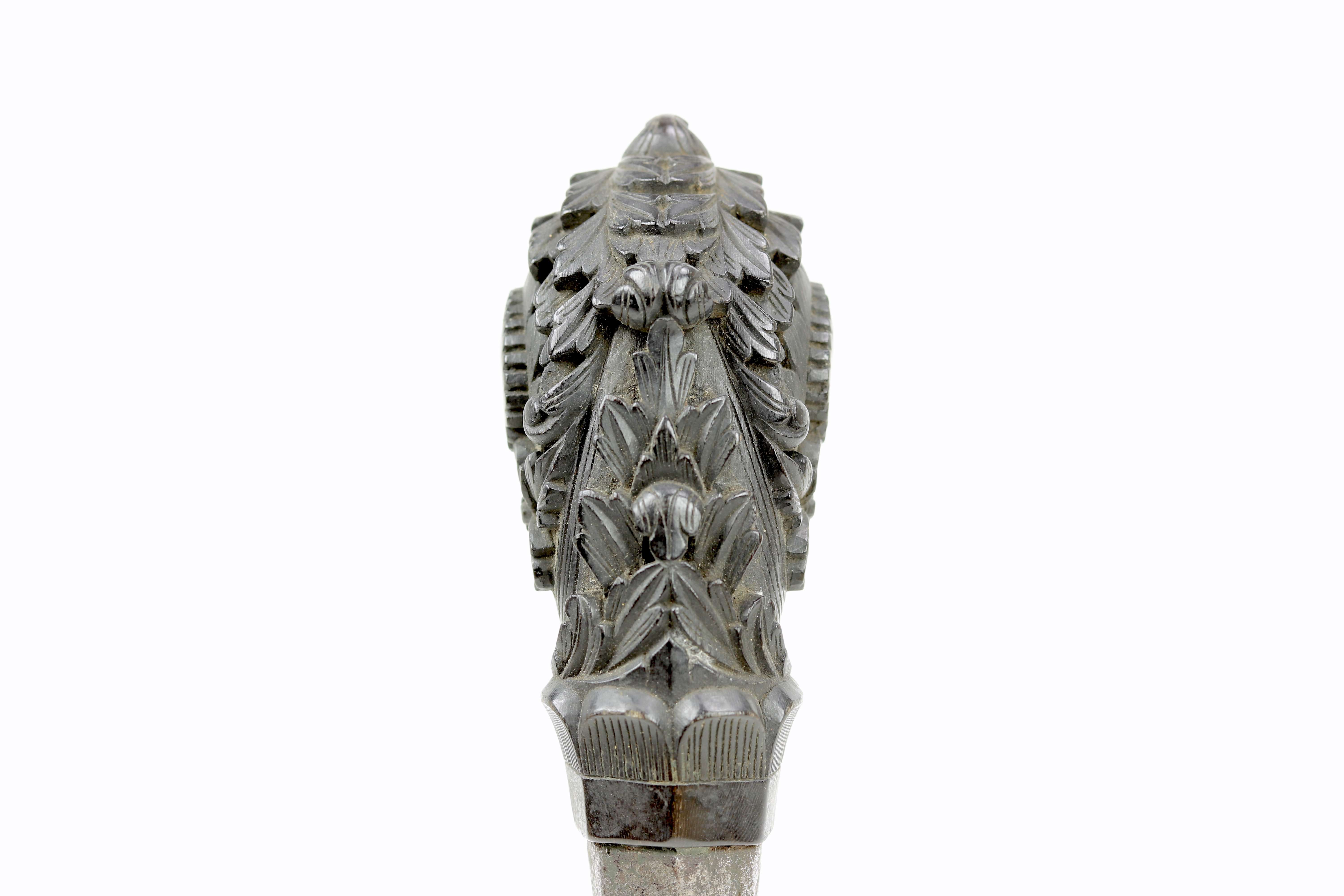