Introduction
The Chinese straightsword or jian (劍) was the side arm of the Chinese literati. From the mid 19th century, China suffered a series of defeats against western troops with modern firearms. Martial arts families started to realize that there was no place left for their practical fighting systems. To ensure the survival of their arts they started to emphasize the health aspects of them, marketed to a wealthier elite that started to work out in public parks. The change of taijiquan from a practical fighting art to the slow moving, more health focused forms we know today happened in this time. By the late 19th century, many practice swords were manufactured, such as this one. Their blades were thinner and lighter than the earlier fighting pieces, and their steel often not hardened.


This example
An antique Chinese practice straightsword, probably late 19th century to early republican period. Its blade chiseled on one side with a dragon chasing a flaming pearl, a common motif on civilian swords of the late Qing.

The other side marked 勅魔 (chì mó) in a script common on Taoist charms. It translates roughly to "warding off demons by means of Taoist magic". Under that, in cursive script, is 龍泉 or Longquan, referring to the famous sword-making center in Zhejiang. The blade is further decorated with seven brass dots, representing the Big Dipper, an important constellation in Taoism.

The blade has a so-called "male point" of triangular shape with two straight edges leading to the acute point, where the common jian would have two rounded edges leading up to the tip. This is a feature often seen on smaller Taoist ritual jian.

It is not made as a fighting piece per se, but there is some edge damage suggesting it ended up in a fight at least once. We've seen this more often on jian that were produced mainly for practice or as curios. It’s probably because of the long period of civil unrest leading up tot he fall of the Qing, and which continued well into the next century, and people would just use whatever they could to defend them.

Handle is tight and the brass fittings are in remarkable condition, retaining their shiny luster. You can see it’s original, and not a case of patina cleaned off, because of the crispness of the lines on the guard. Mechanical cleaning would round all those edges, and acid cleaning would leave a duller looking surface, not this shiny. It retains its original wire-wrapped scabbard. some minor but no structural damage to scabbard.

Conclusion
A late Qing practice Jian, retaining it's original scabbard and with a wonderfully preserved handle. 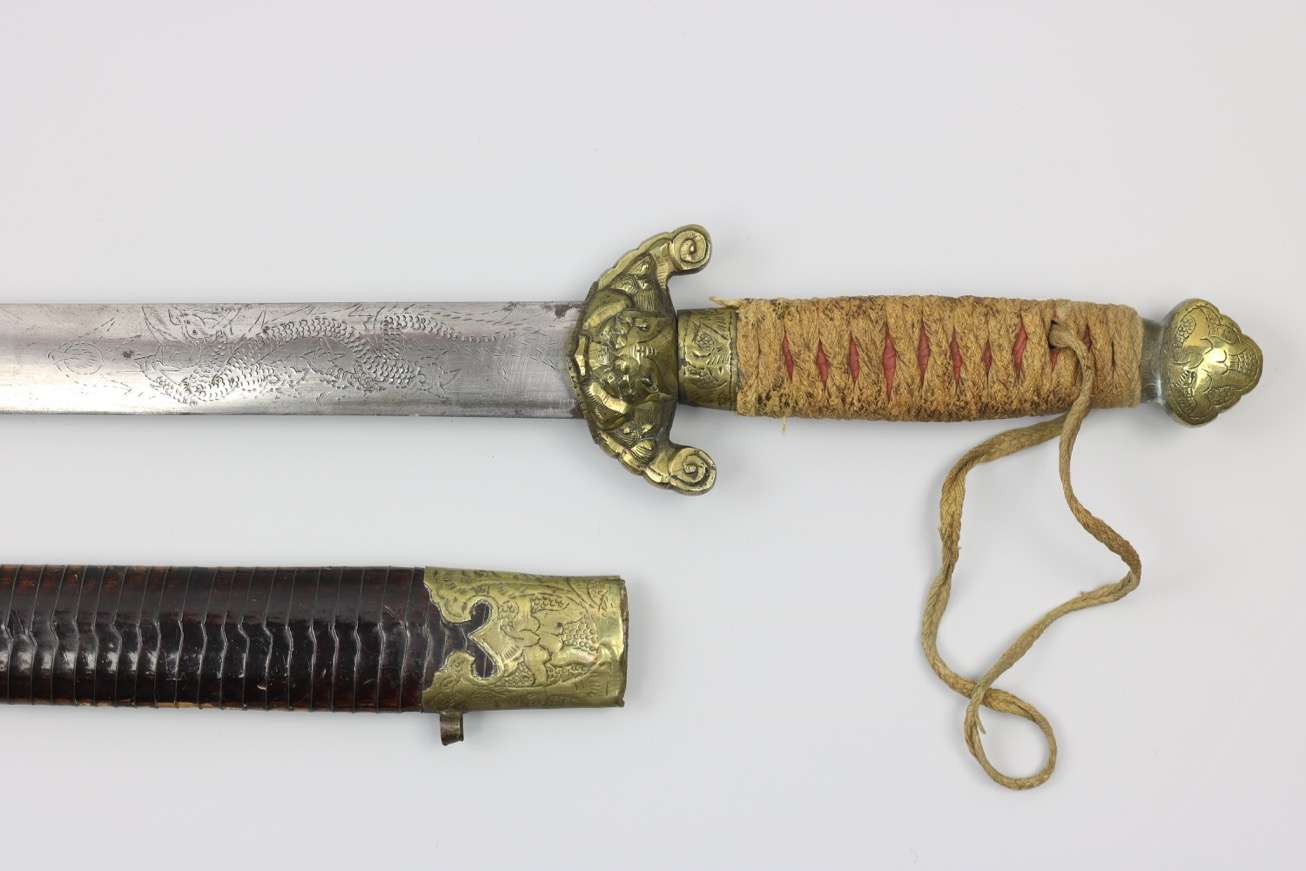 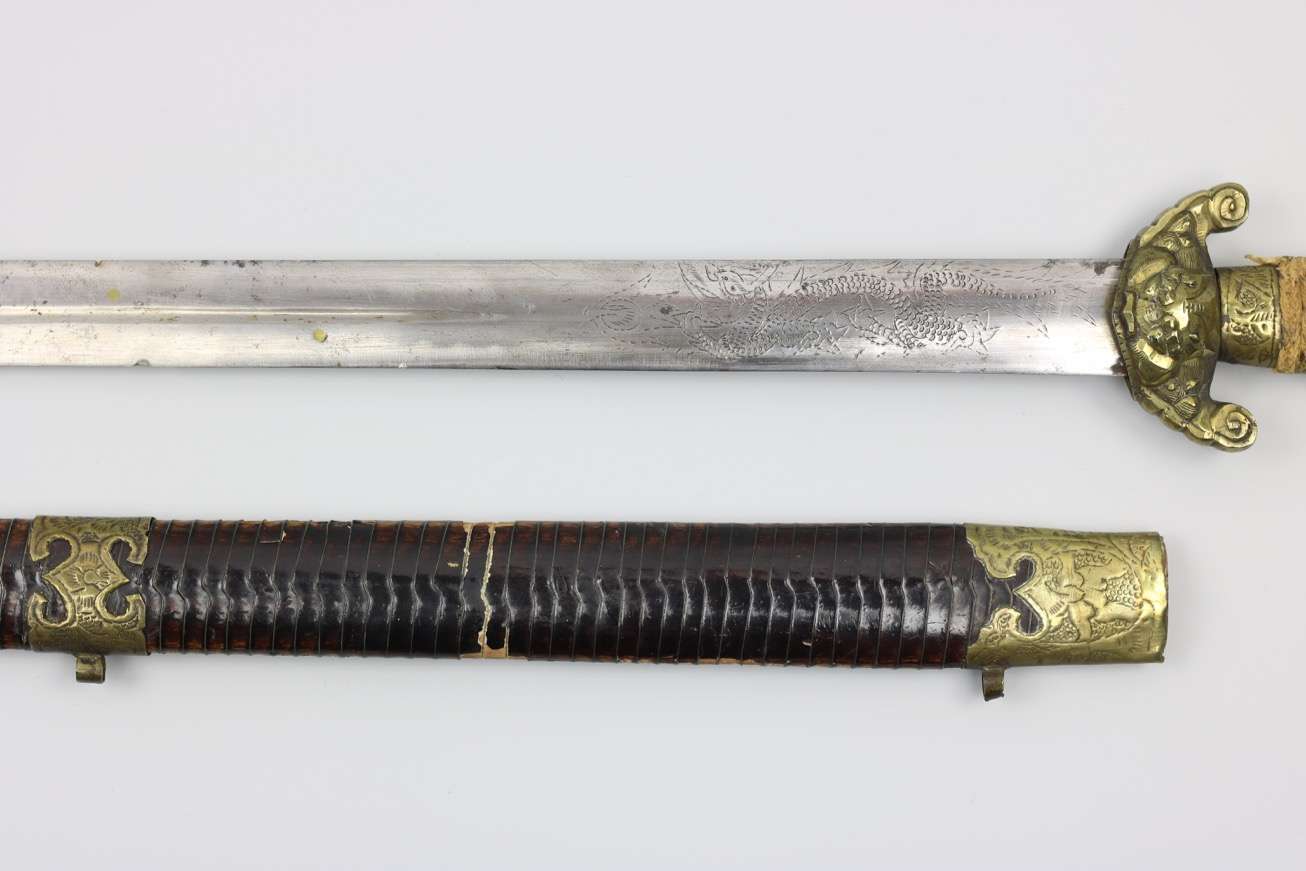 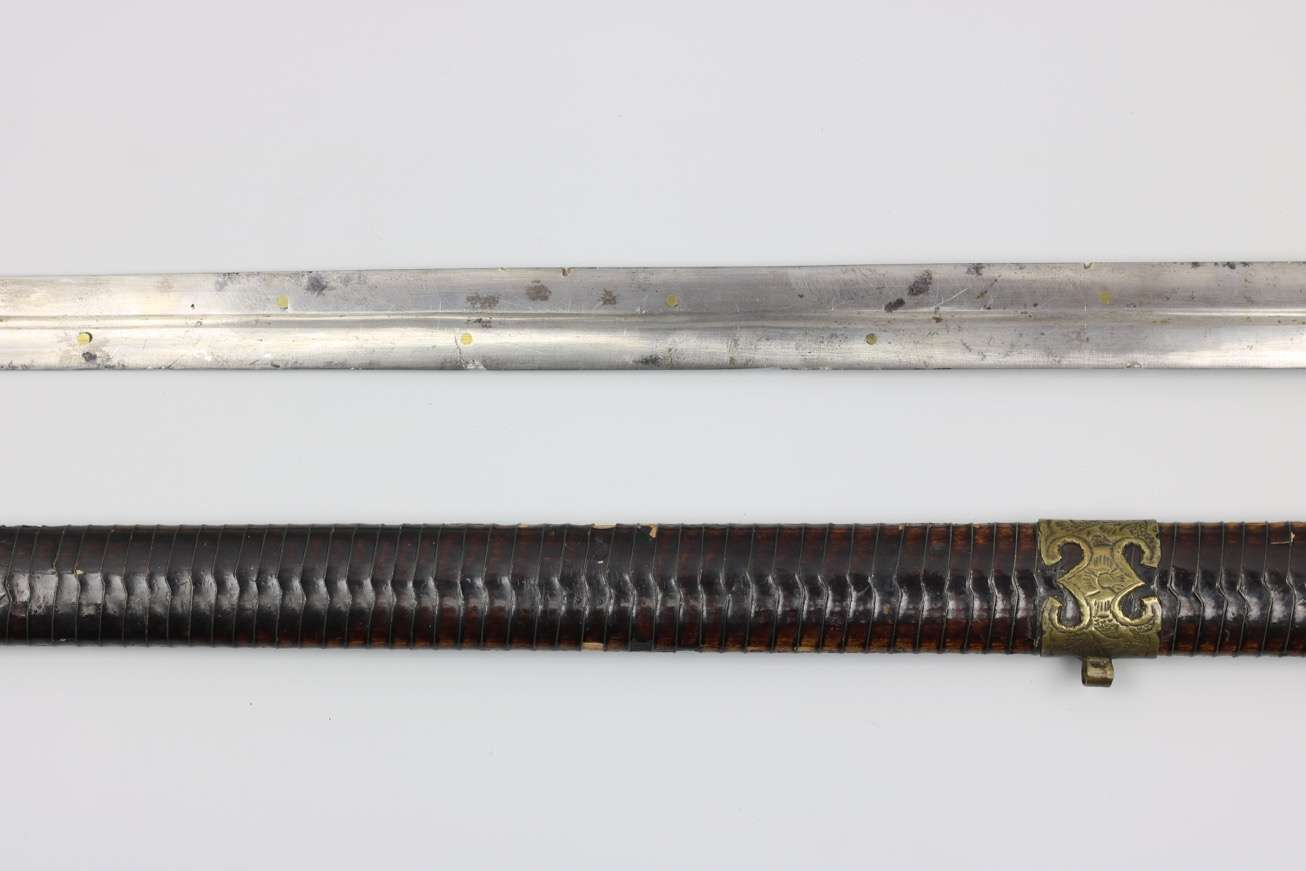 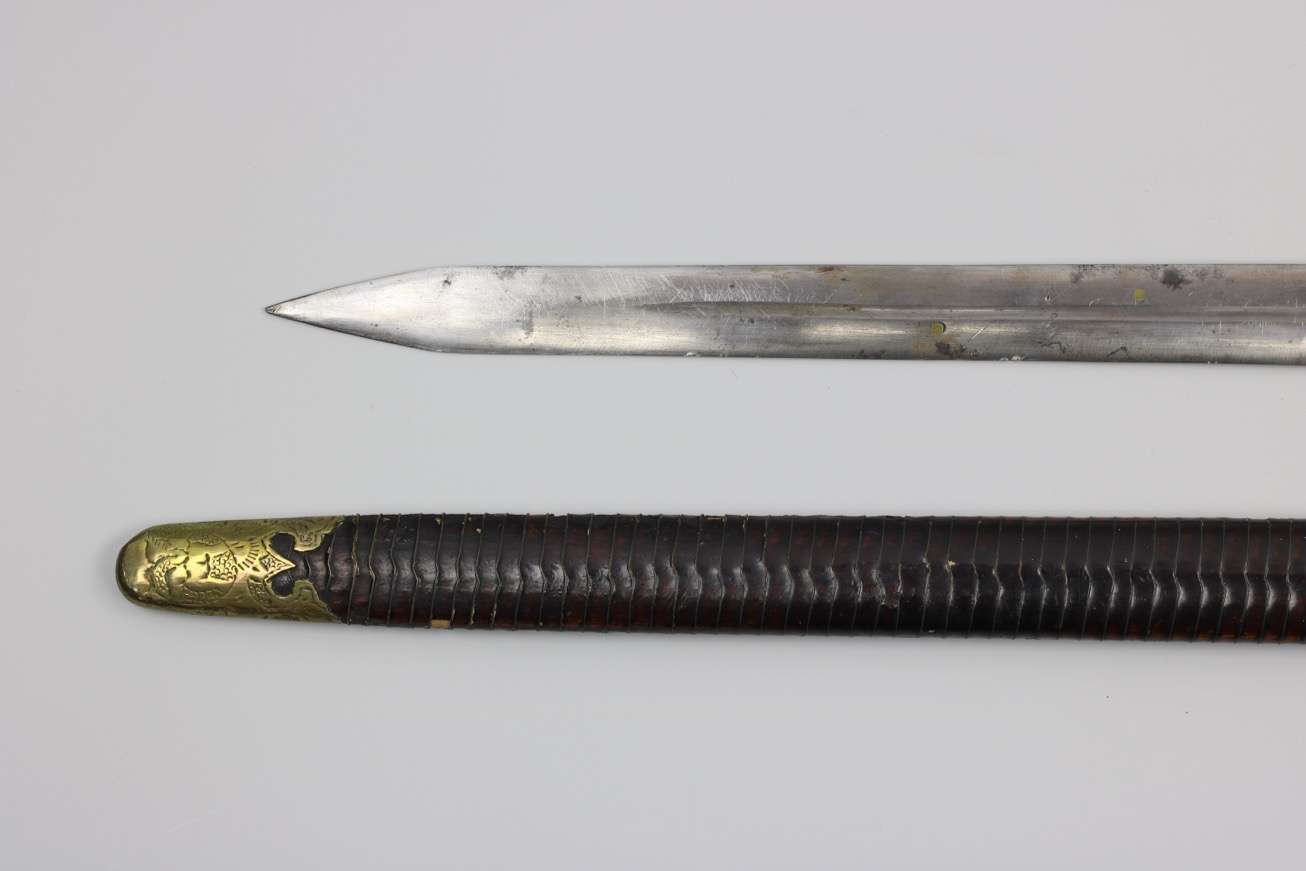 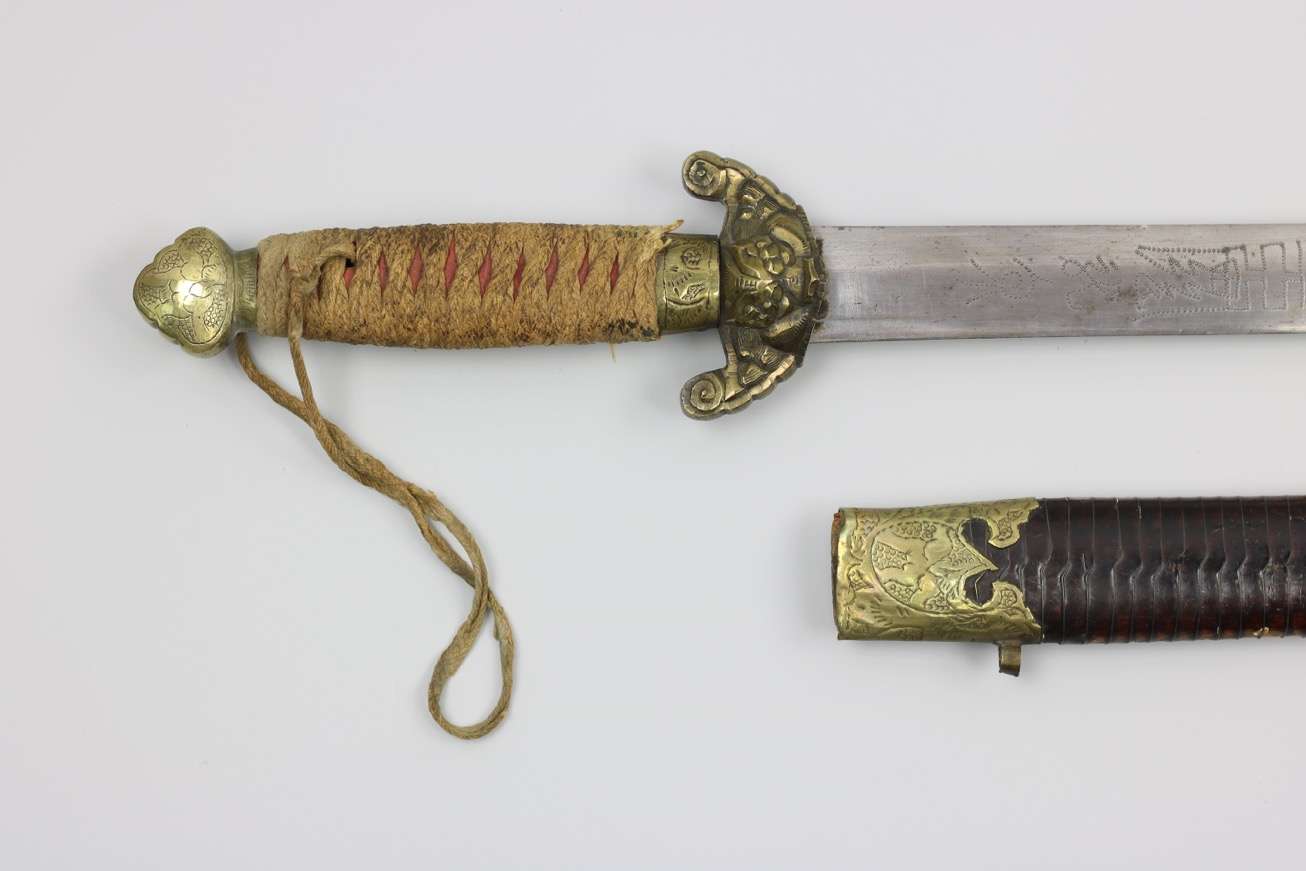 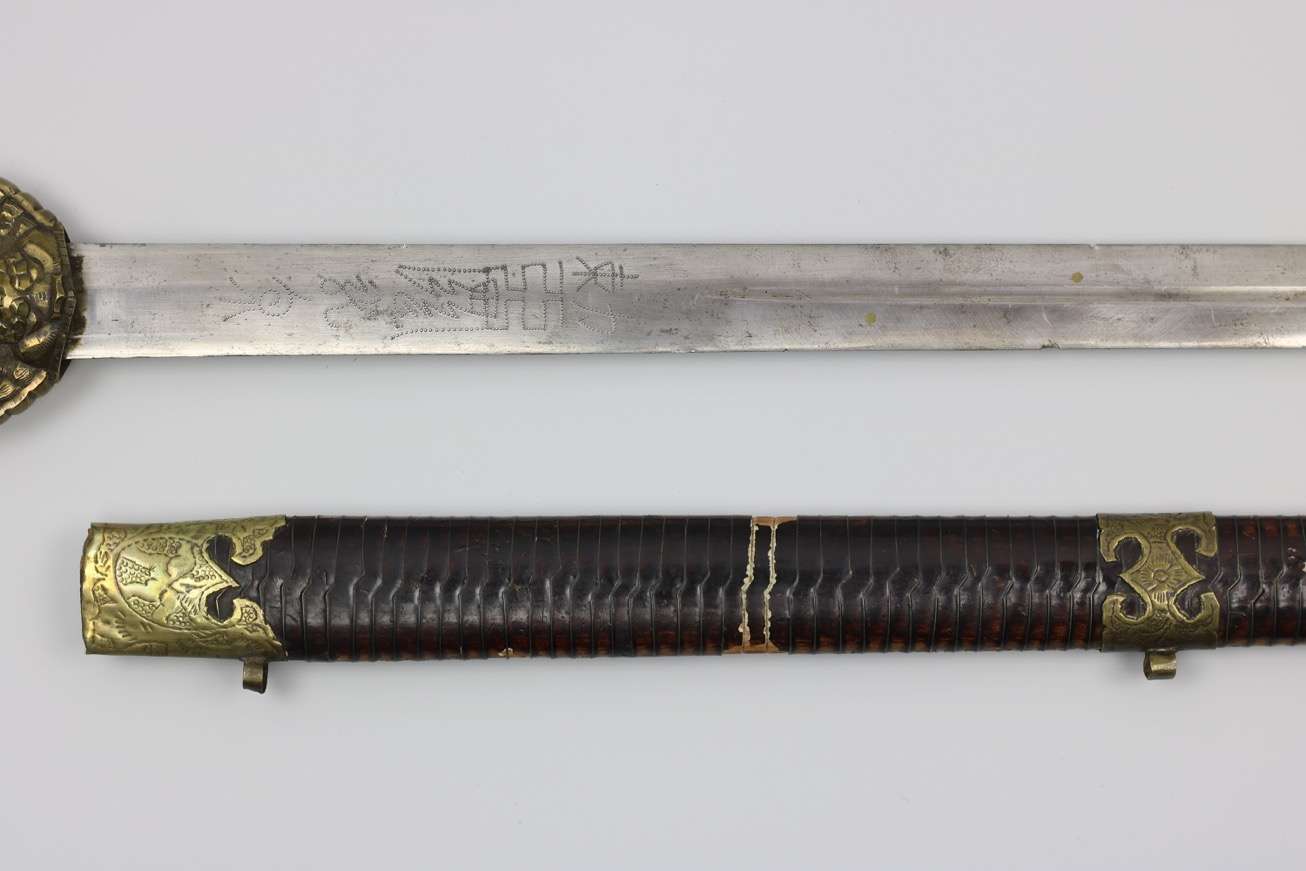 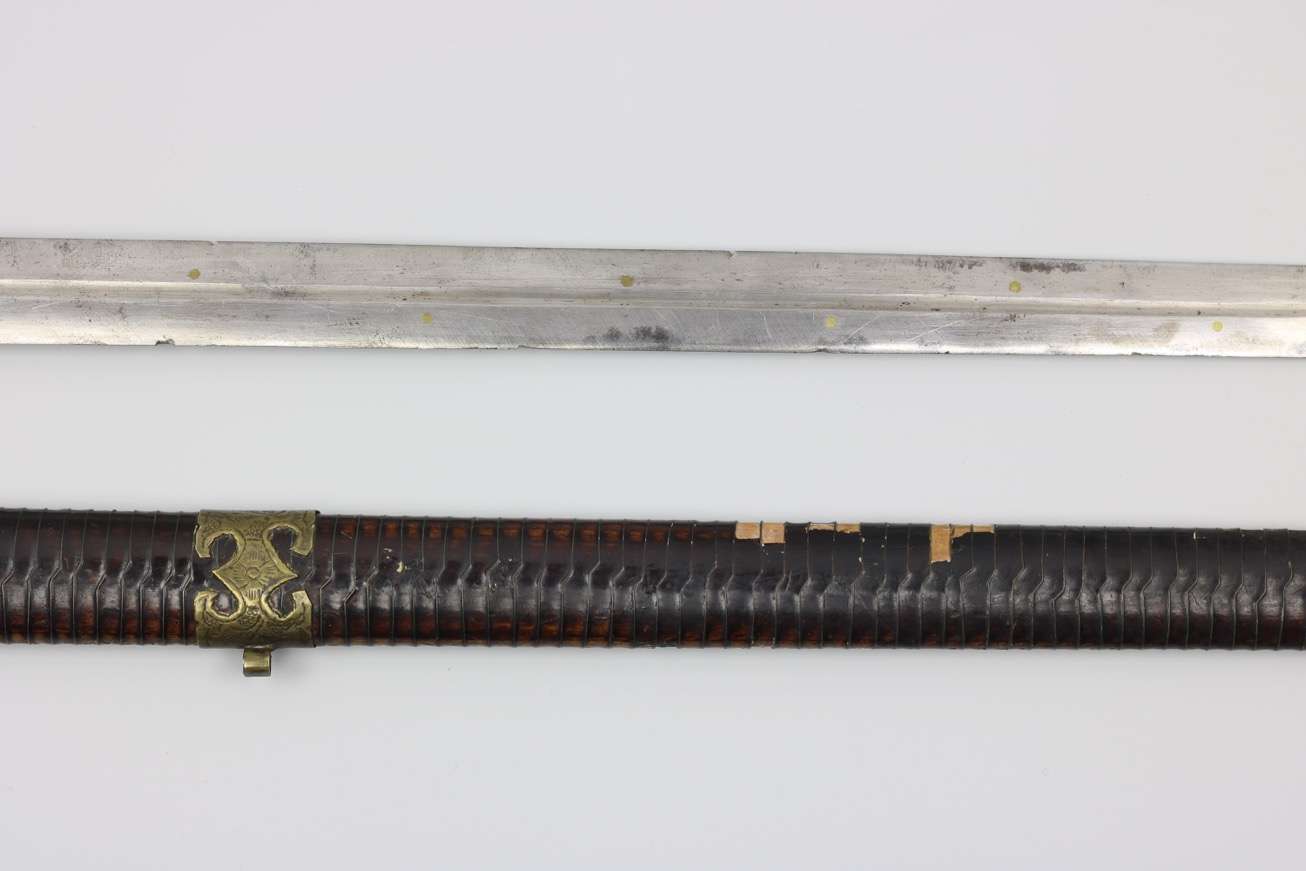 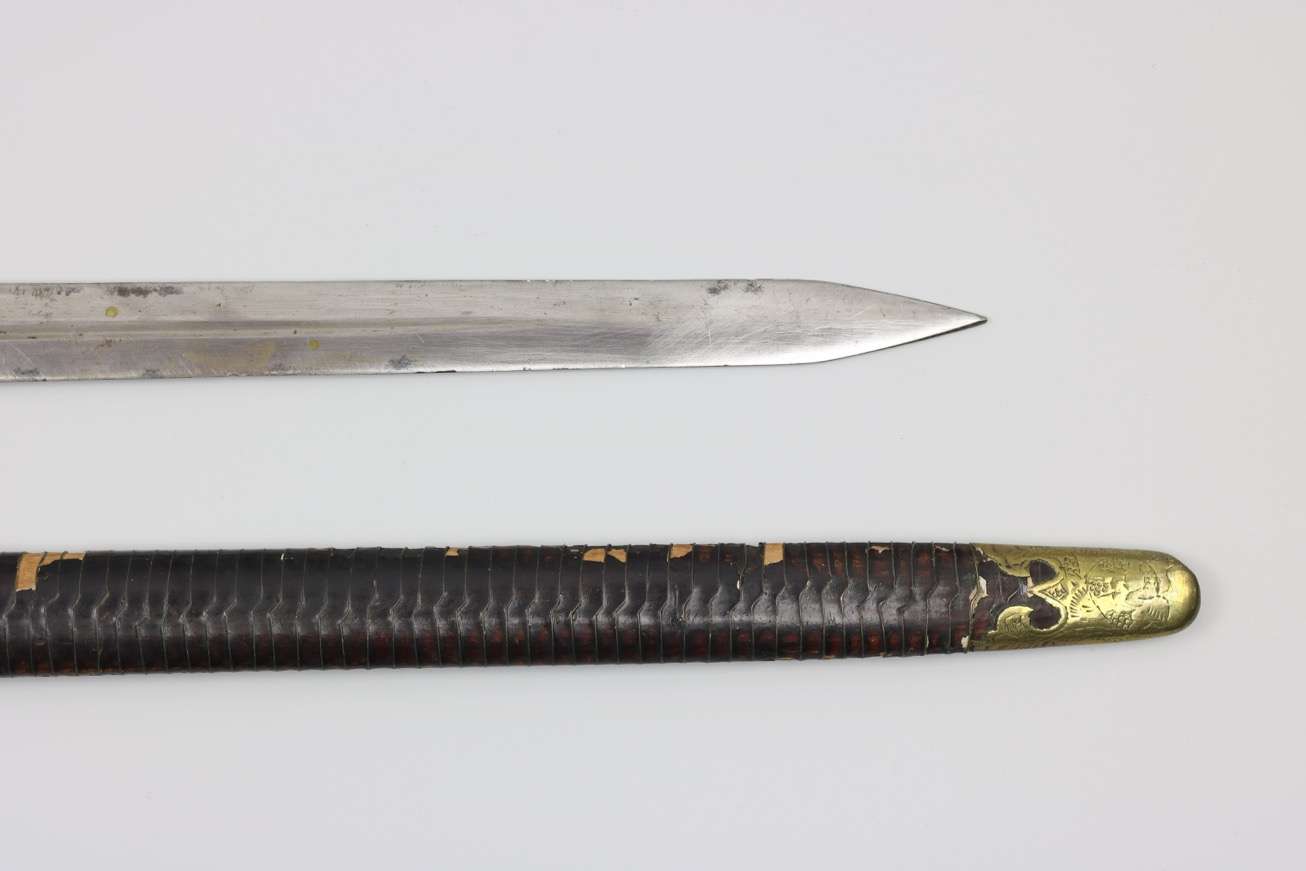 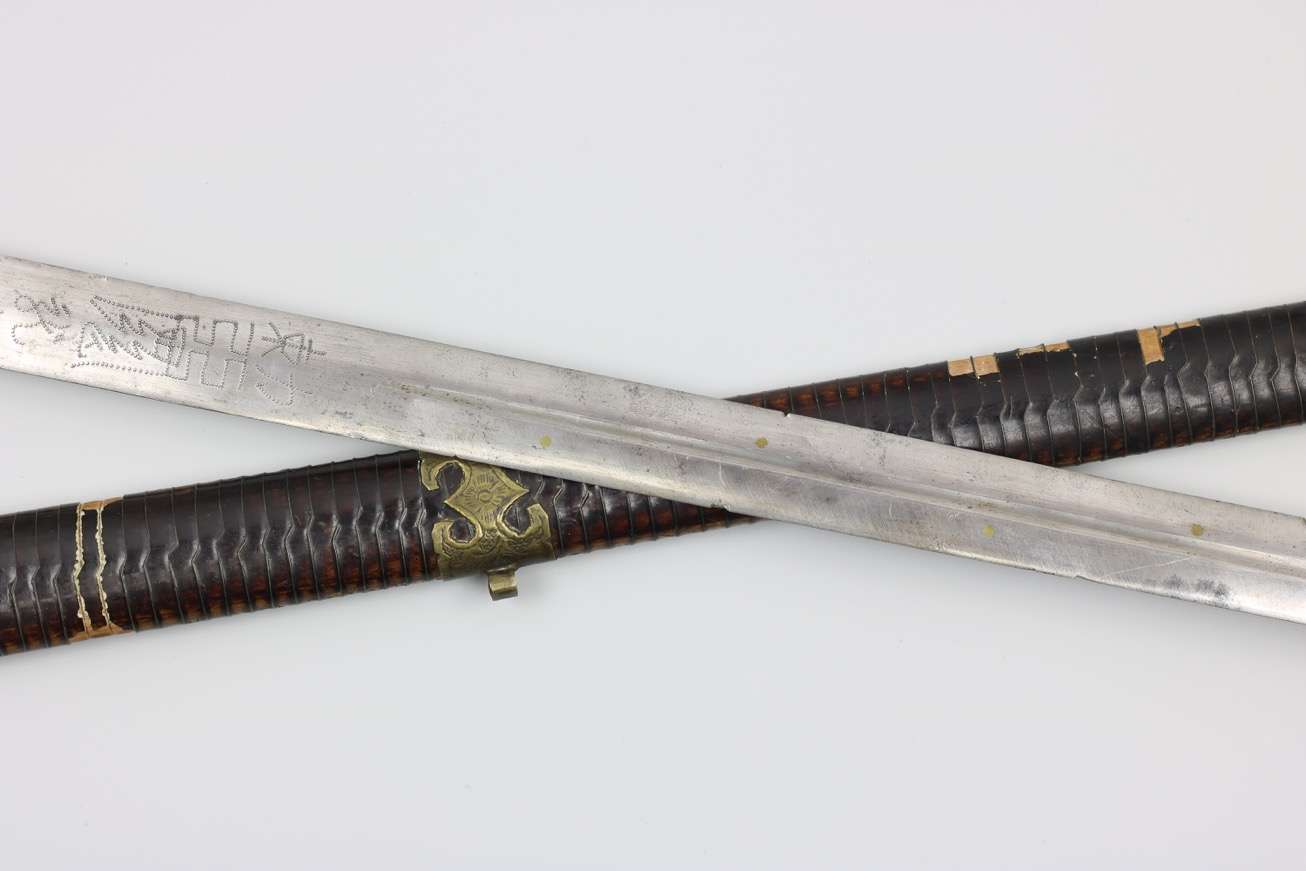 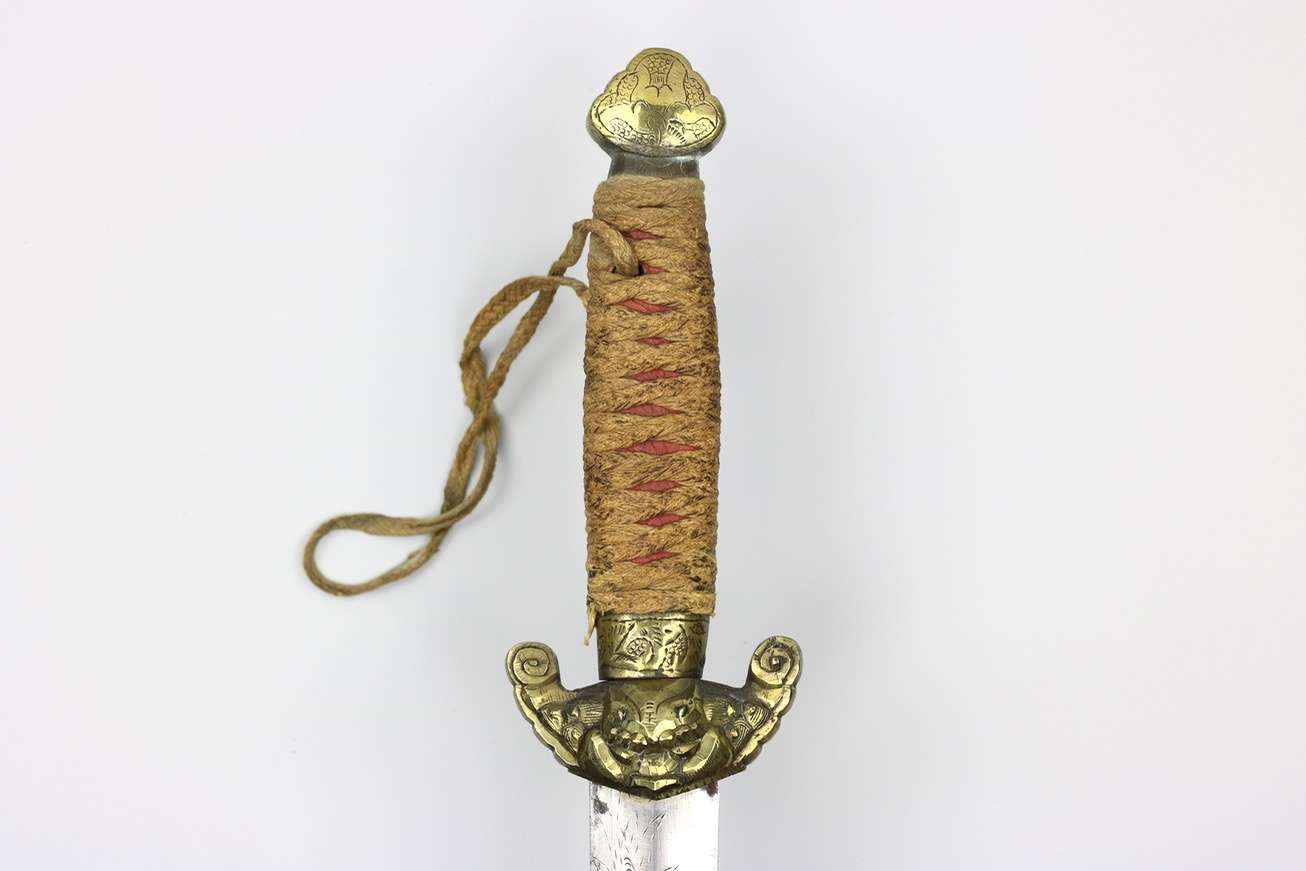 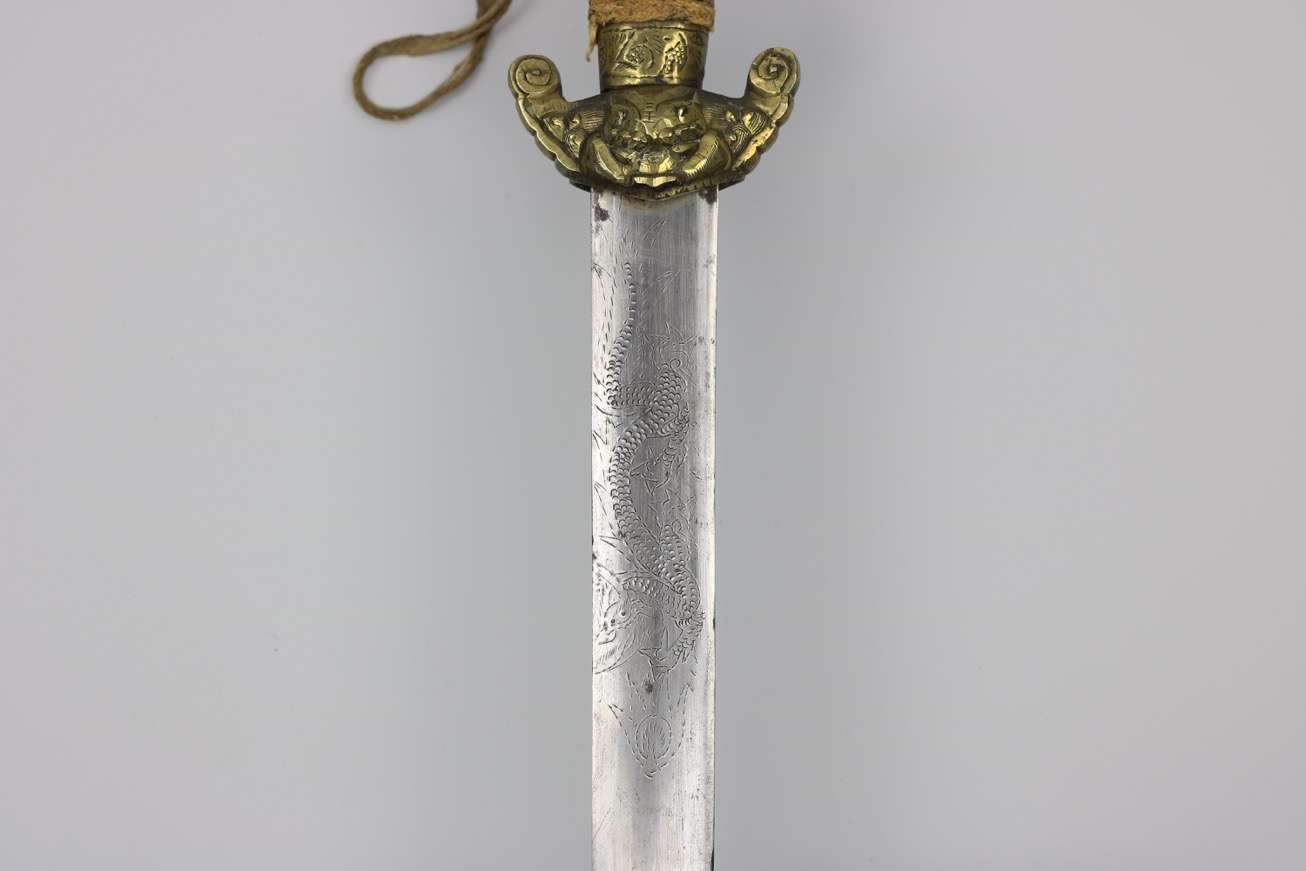 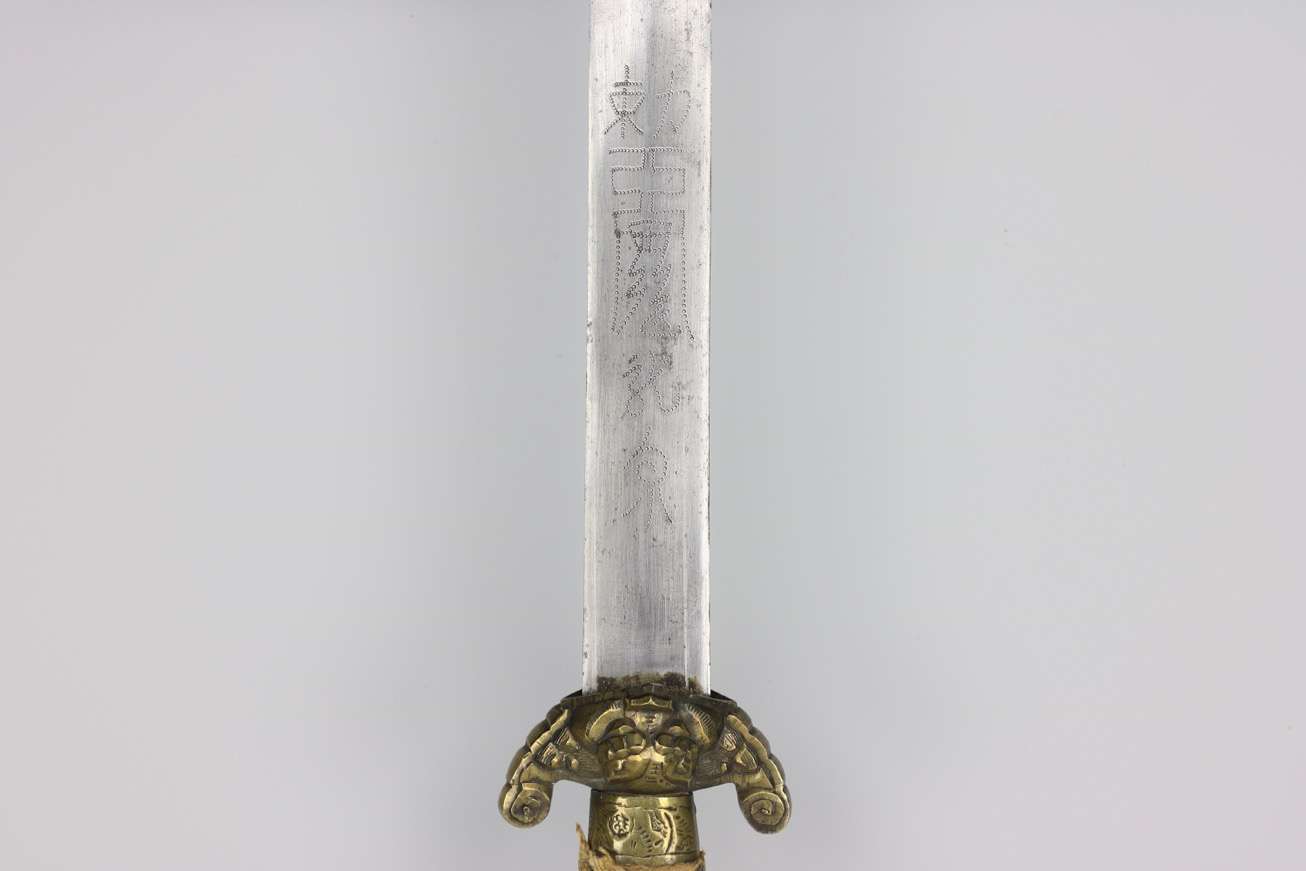 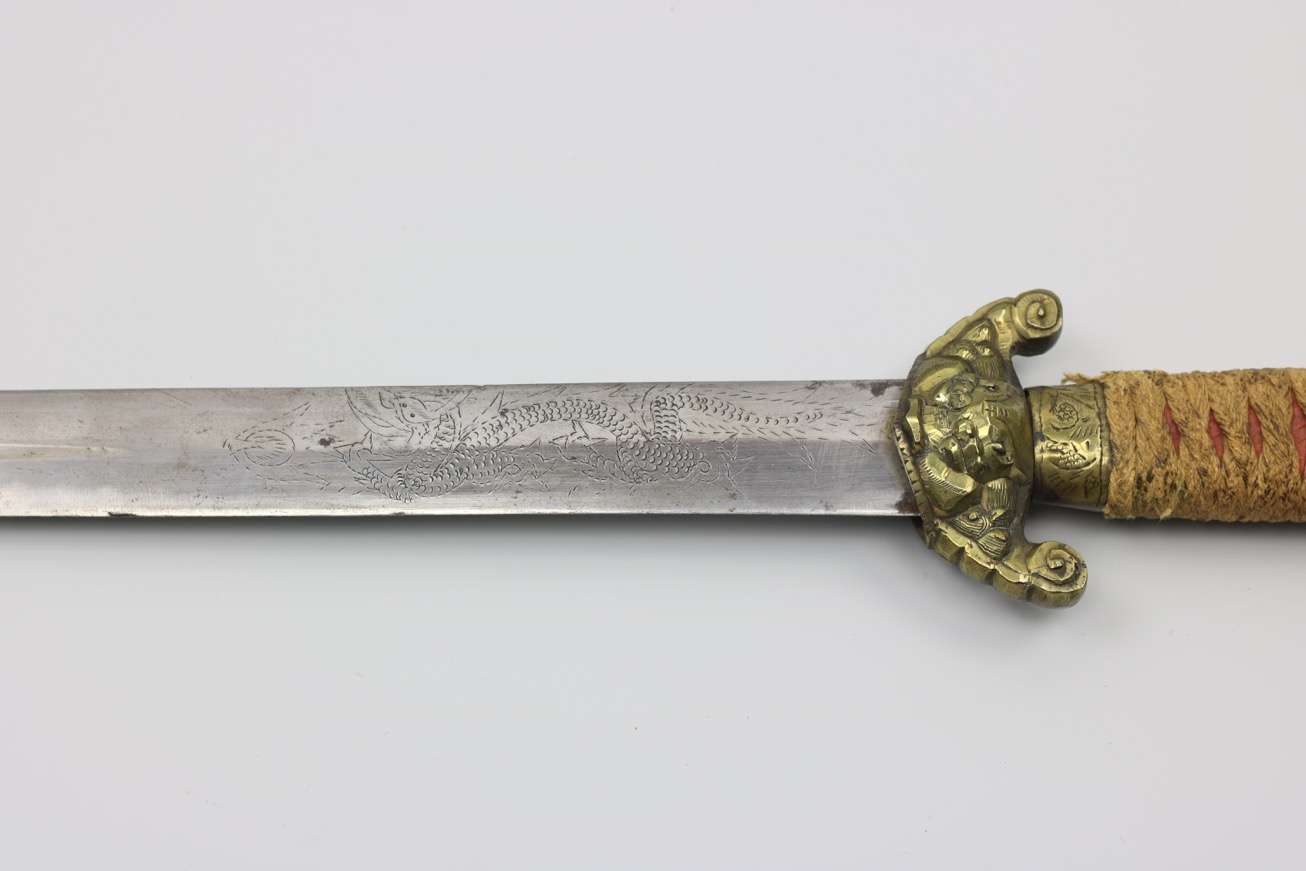 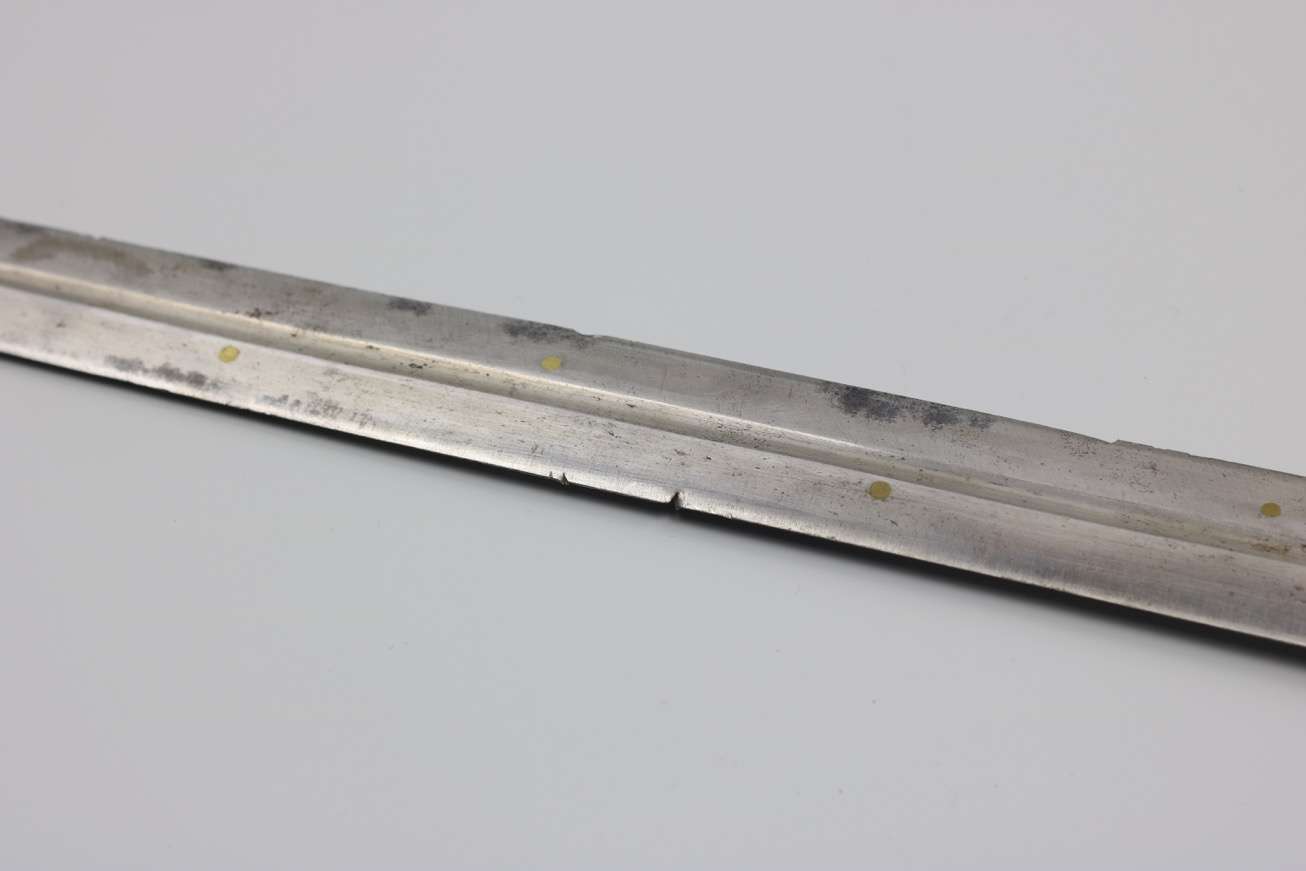 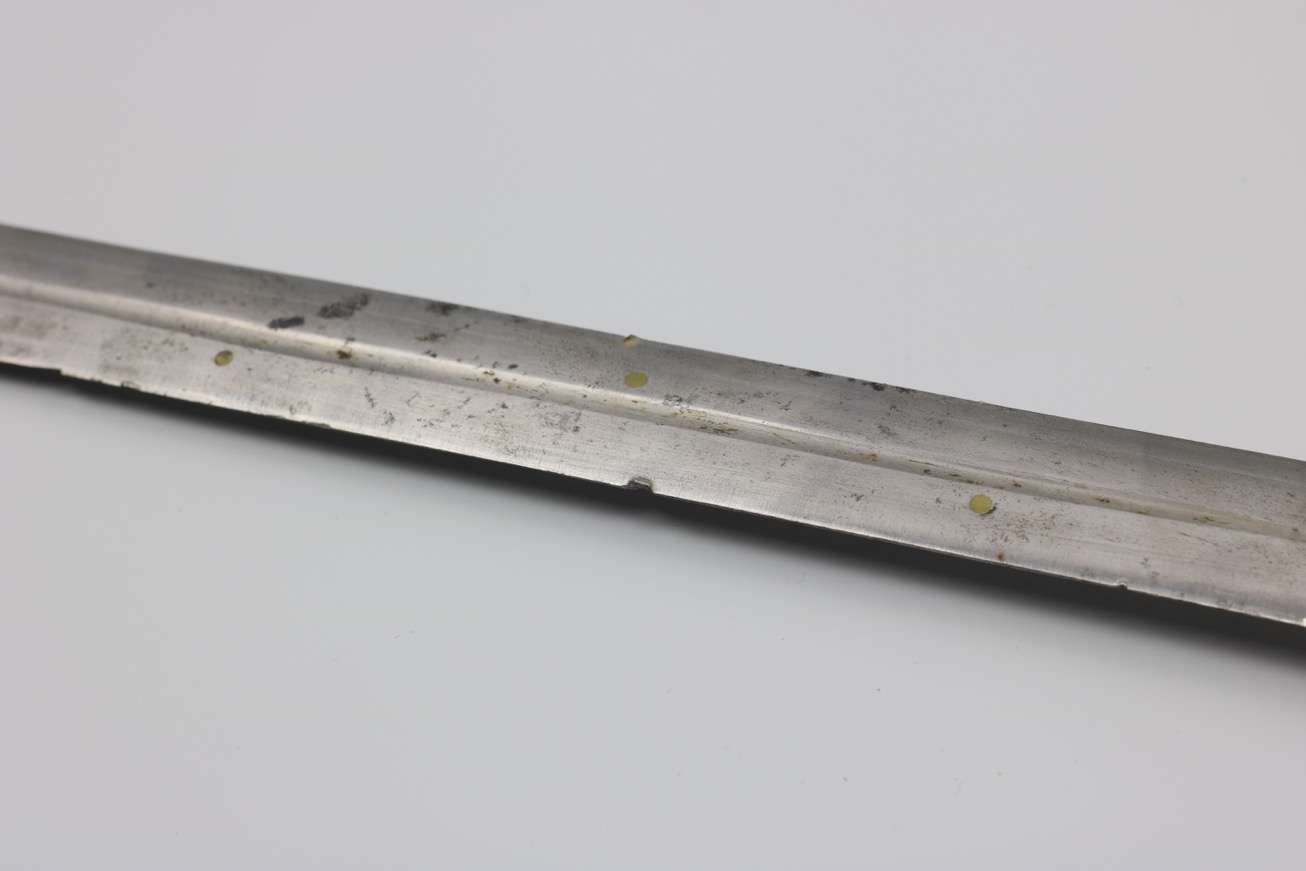 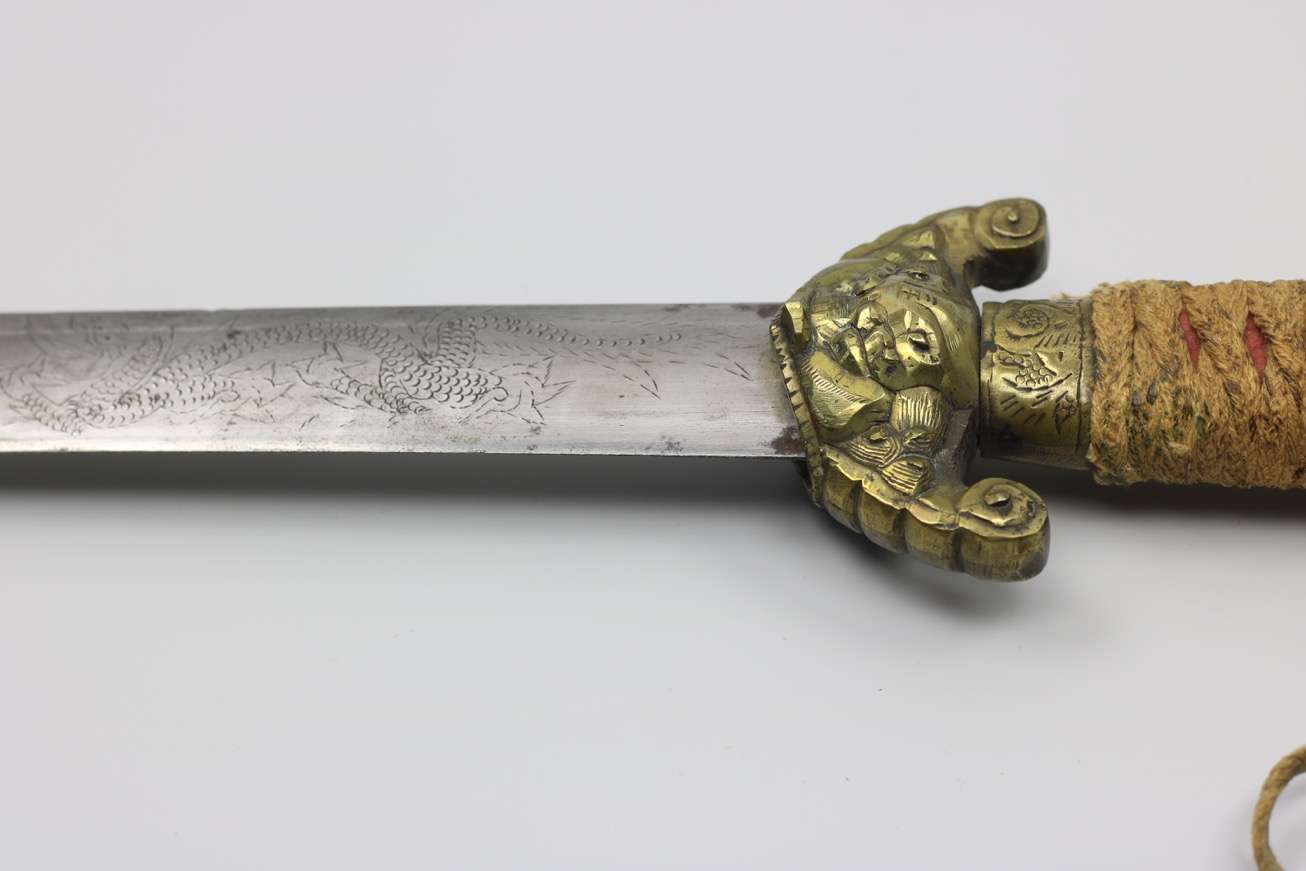 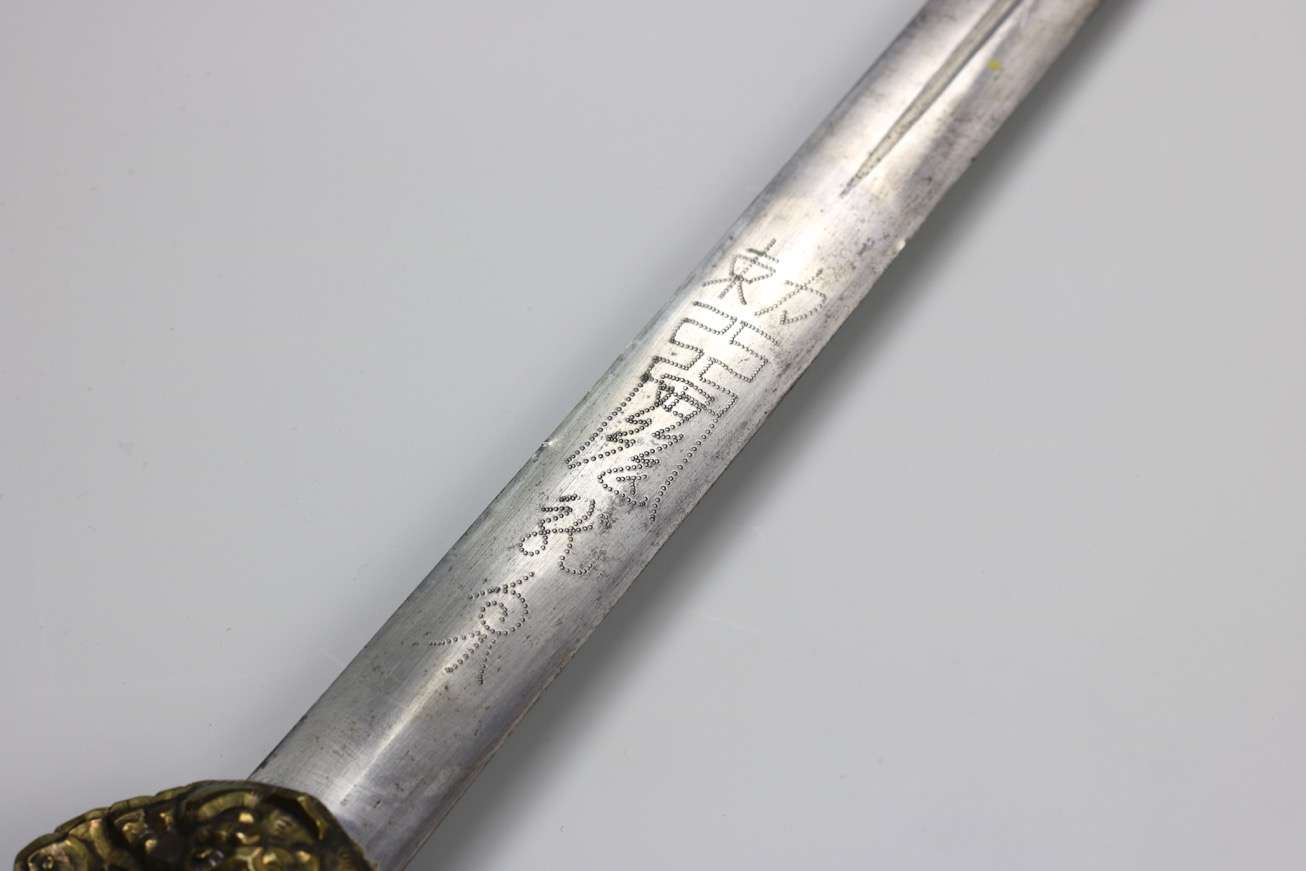 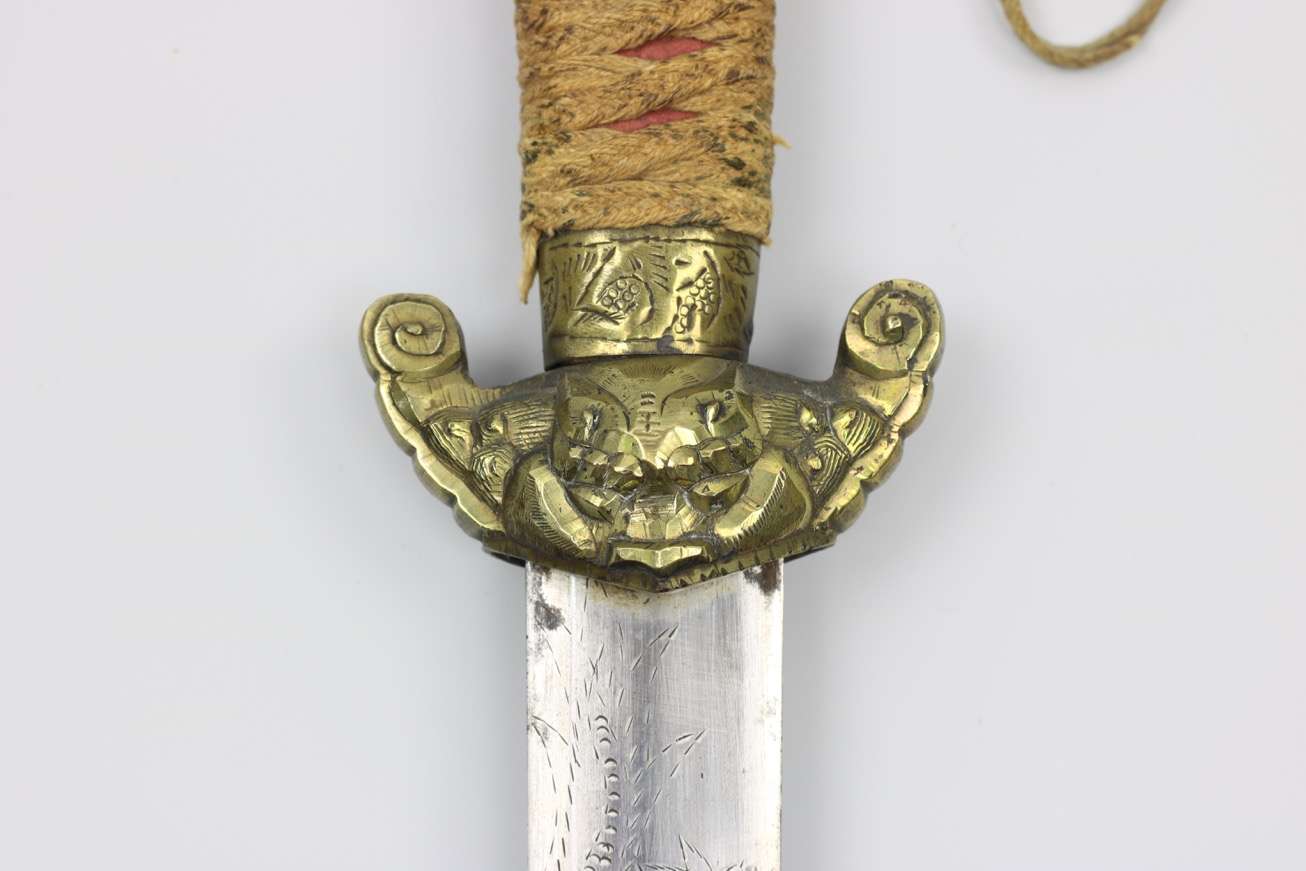 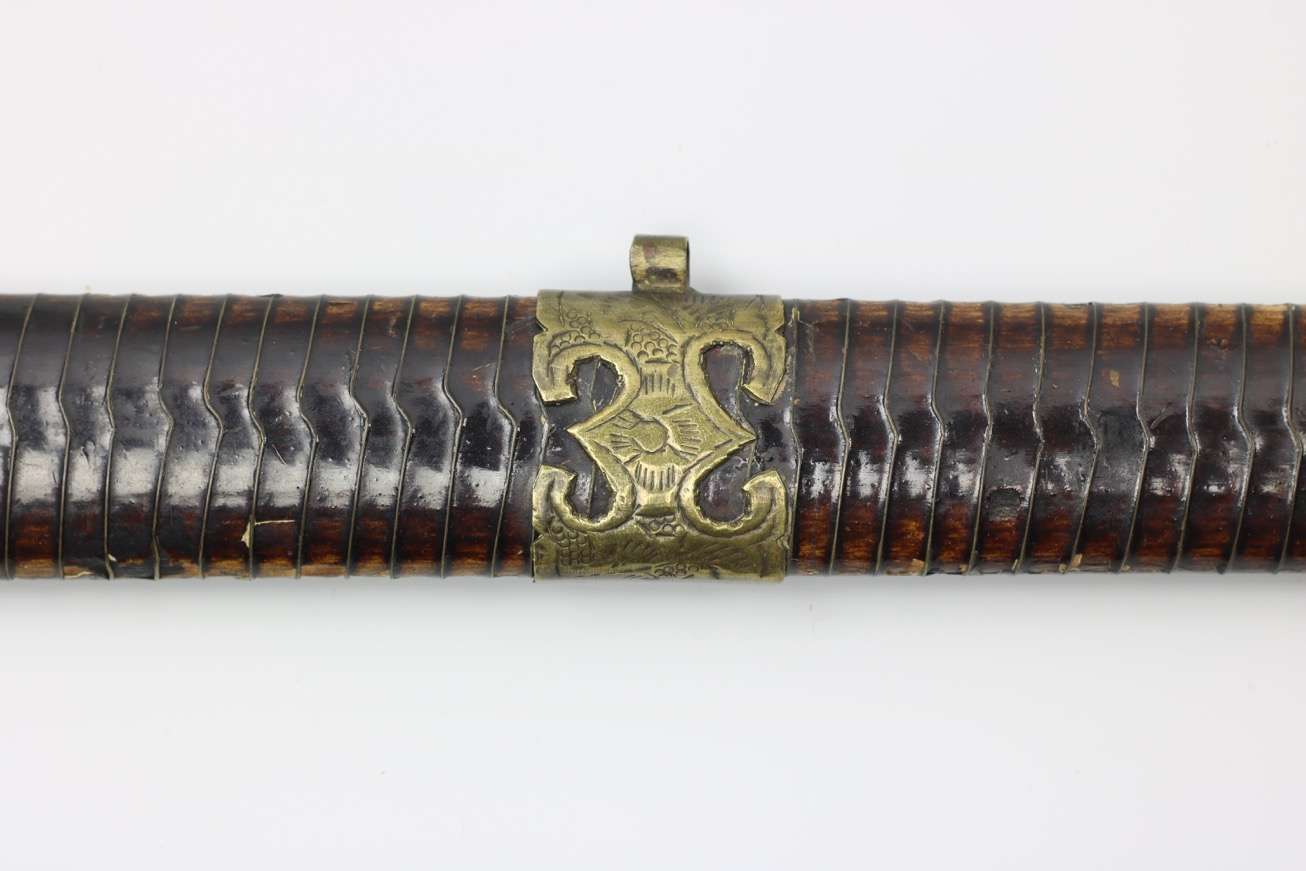 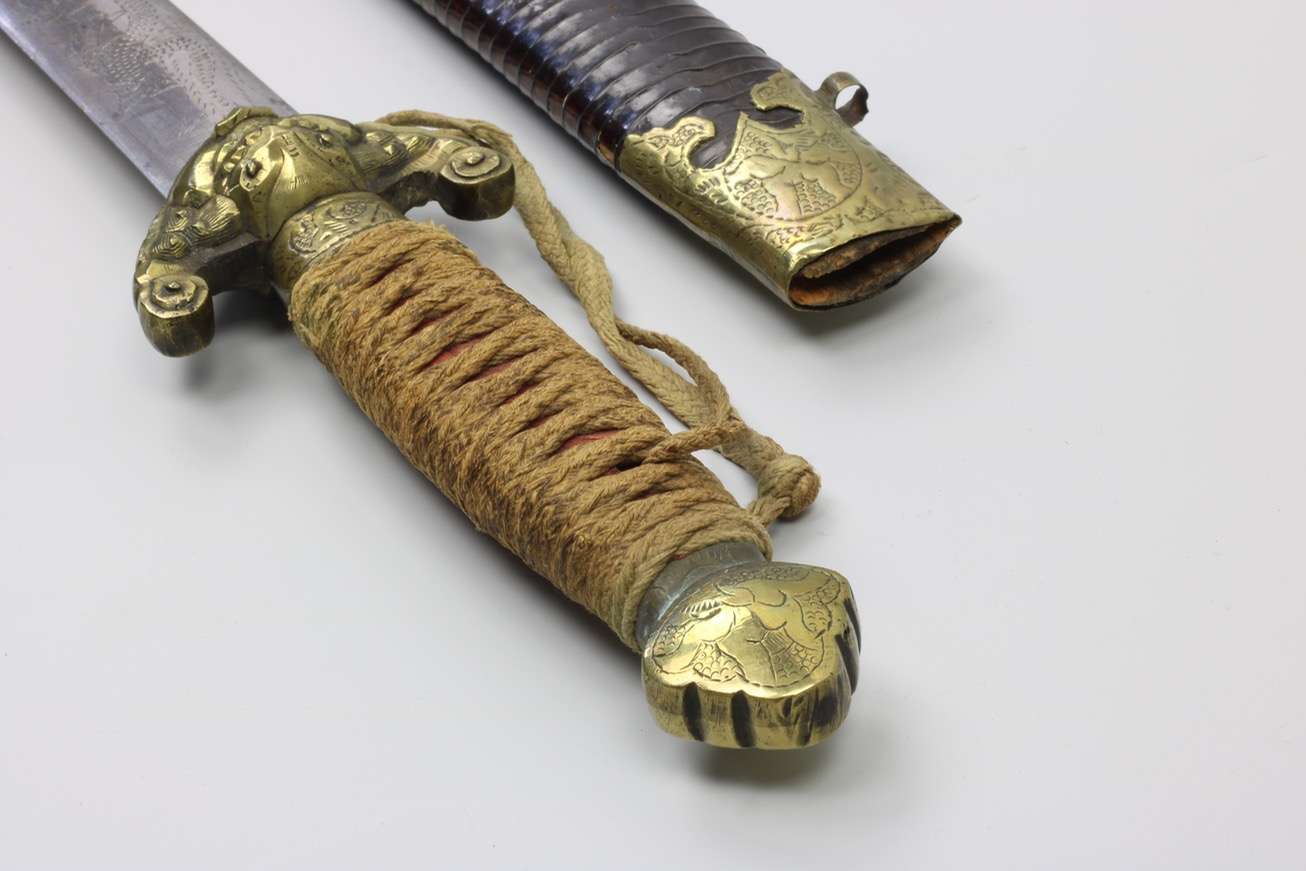 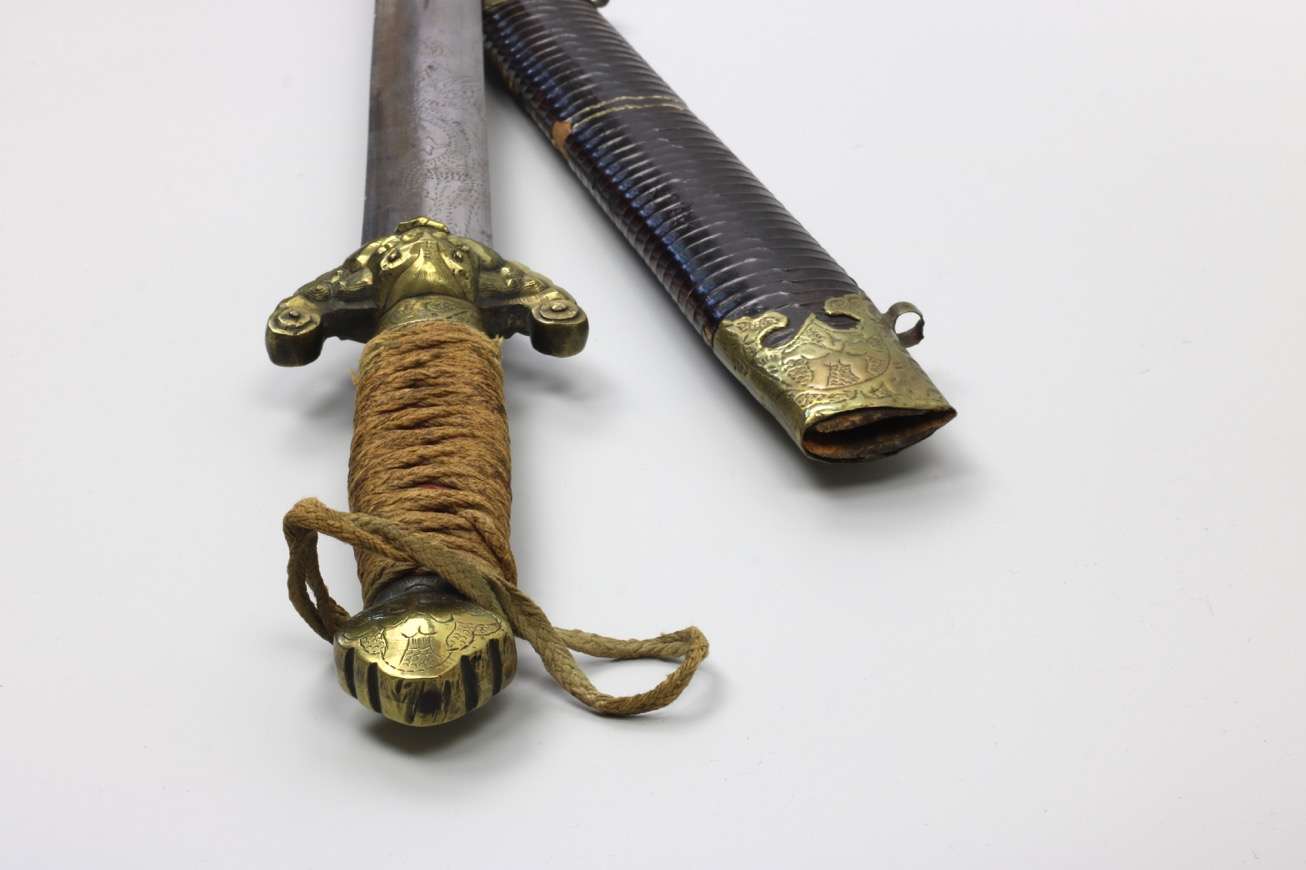 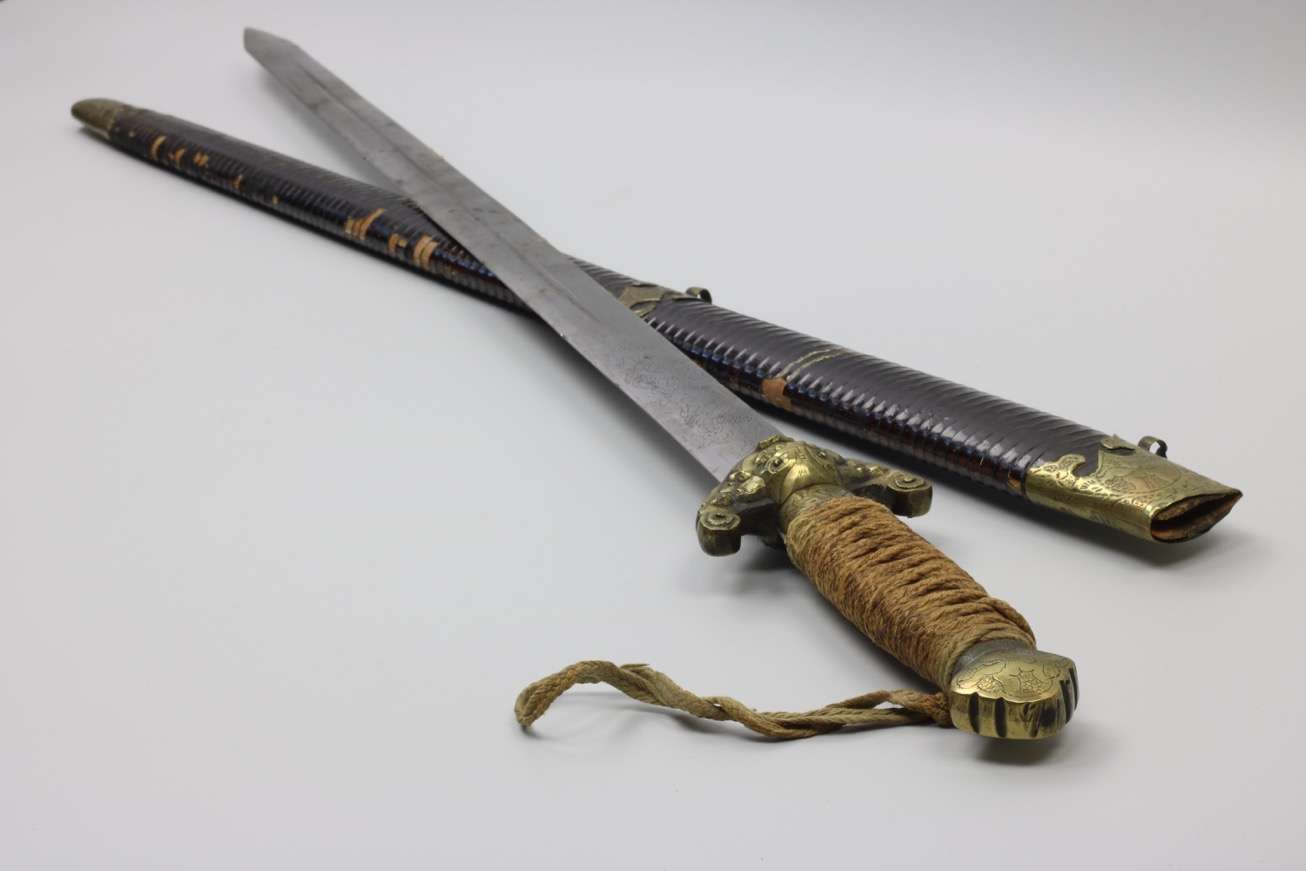 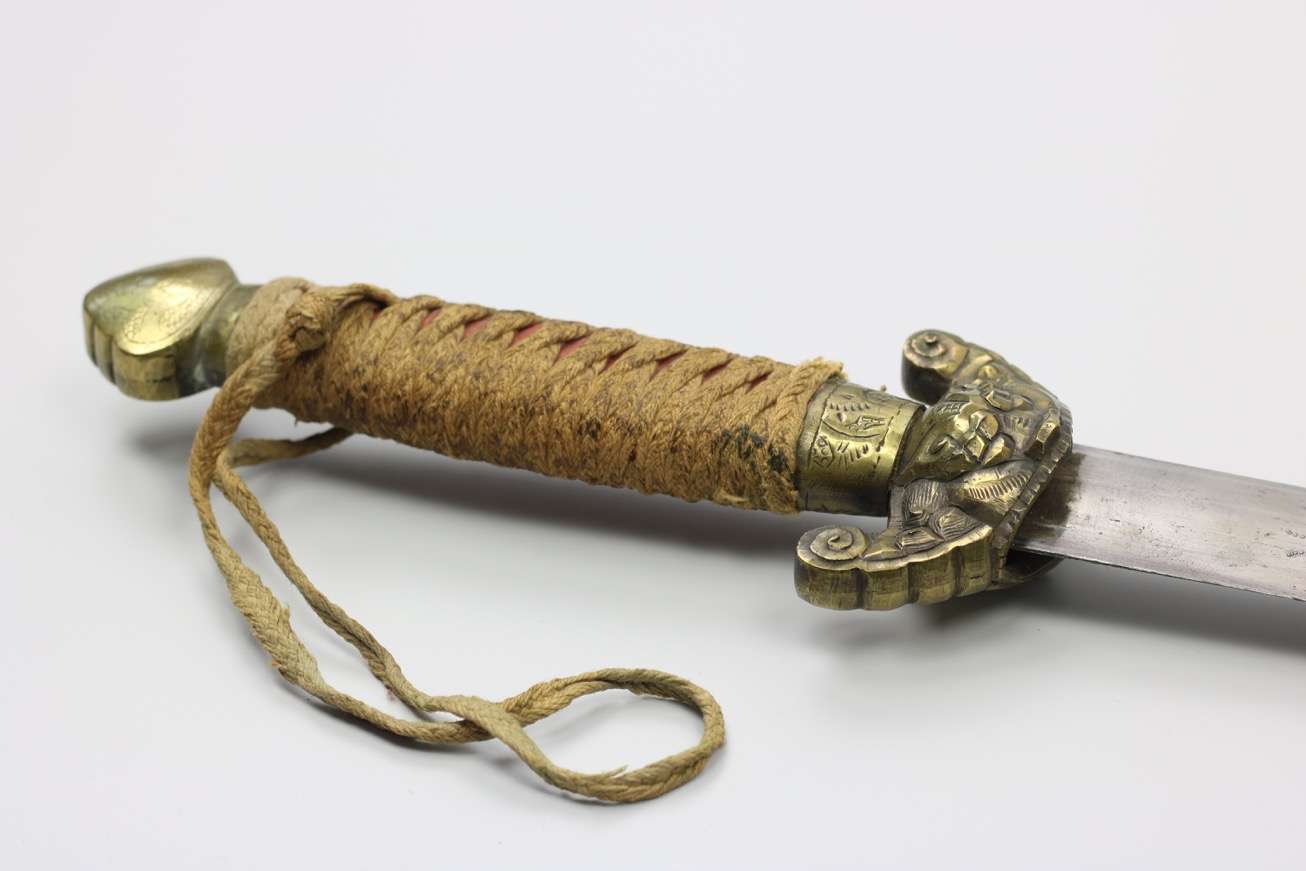 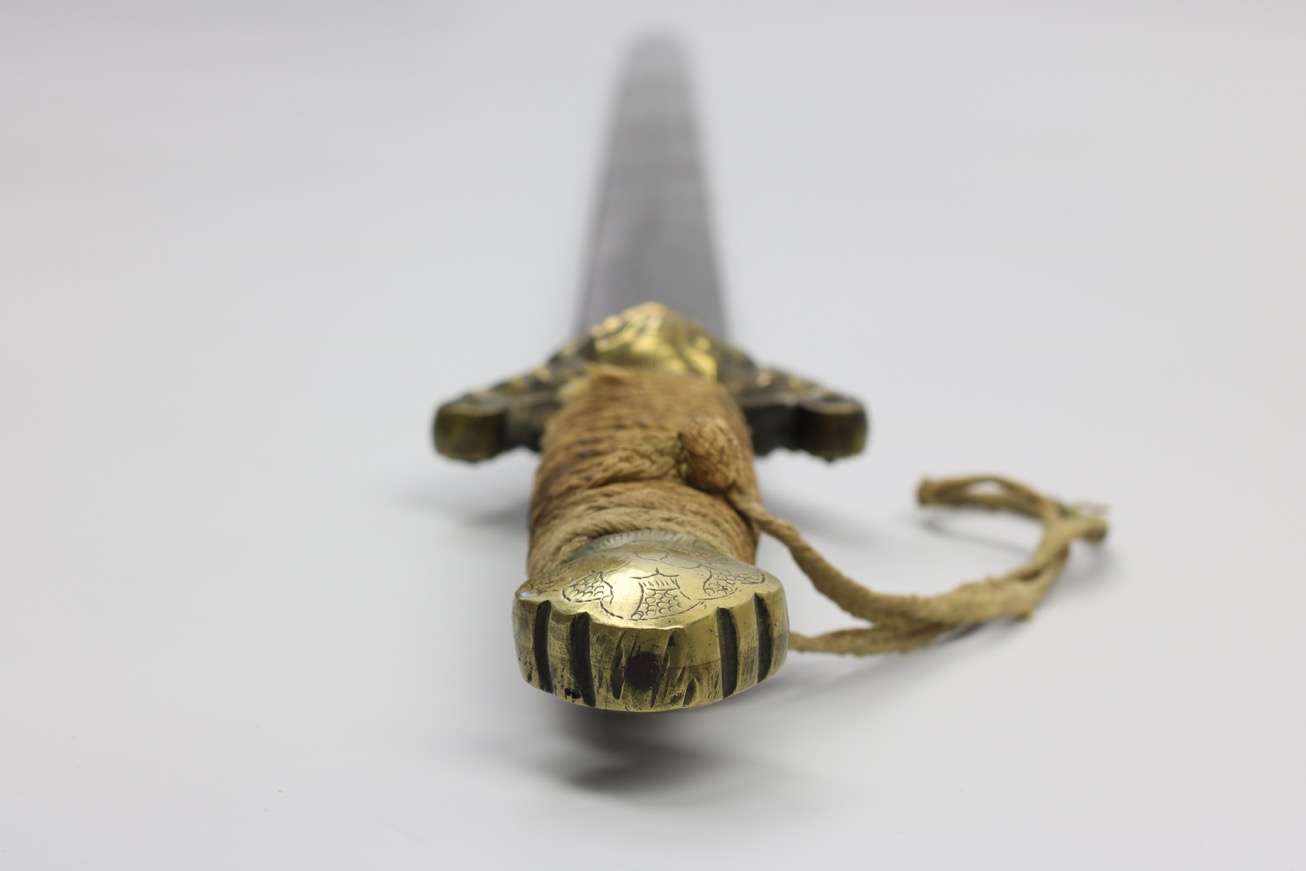