An Afghan military pattern saber with a very good blade. The blade is broad, with a strong ricasso. Two wide and deep fillers lighten the blade all the way into the tip. It has a long semi-sharp back bevel that gets sharper as it approaches the tip.

The hilt is made of iron with two hardwood grip scales. It has an iron handguard in a European-inspired style. The scabbard is made of two halves of wood, covered with black leather. It has a mouthpiece and chape, all of substantial iron.

All parts are well finished and the sword is a very exact fit in its scabbard. Even though it's a relatively standard pattern military sword, there is lots of attention to detail in the execution of the various parts.

A very solid piece with a great balance.

There is a stamp at the base of the blade: 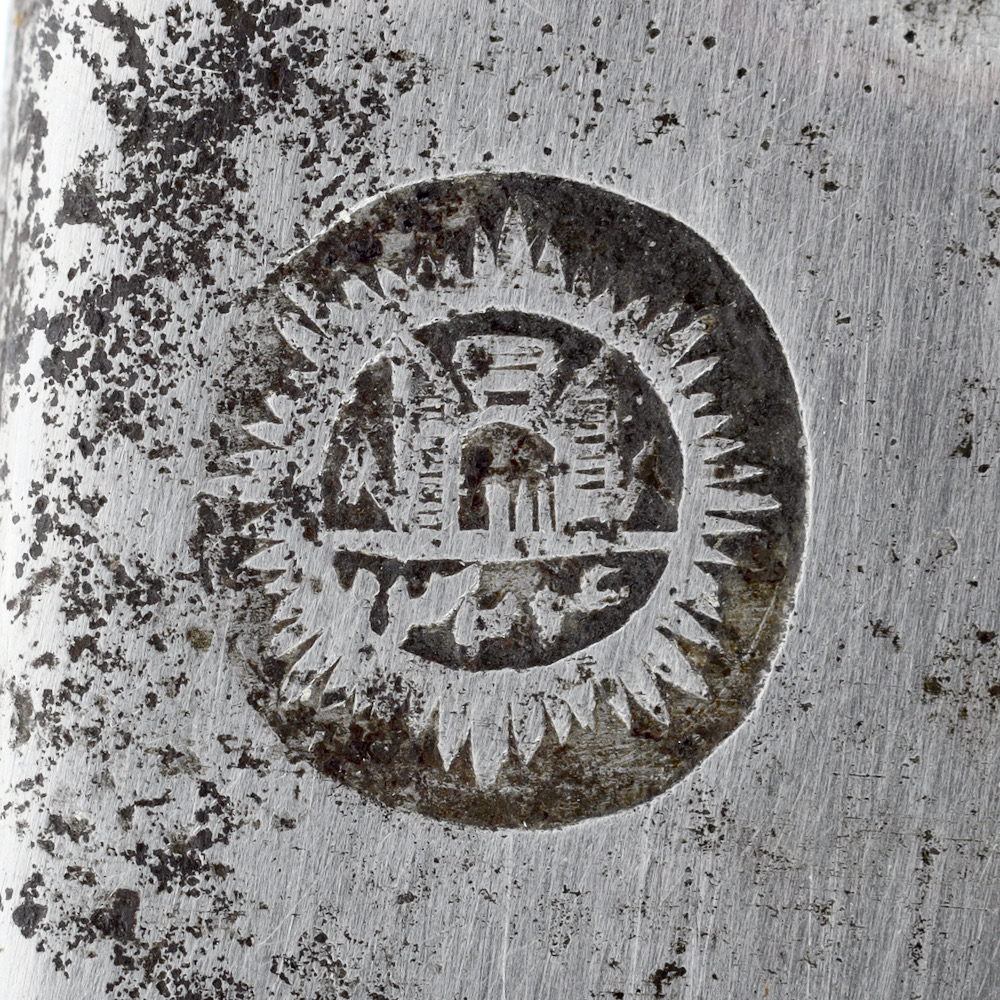 This seal is often explained as being the "Mazir-i-Sharif stamp" due to its resemblance to the Blue Mosque in Mazir-i-Sharif, but this likeness is merely coincidental. It is the general seal of Afghanistan, and was used to mark government property. It appears as such on both locally made weapons and imported ones. The seal also appears on Afghan coinage of the same period.