An extremely rare sleeveless vest from the Ming-Qing transition period. Made of deep indigo blue cotton outside with a yellow cotton lining, with linen in-between. The vest was once the centerpiece of a complete set of armor and has connection loops for the sleeves, “mirrors” (round plates back and front to protect the heart), and trapezoid groin protectors front and side.

It has a wax seal on the inside which is commonly found on pieces from Tibetan votive armories, which is probably where this piece came from. The Tibetan climate is exceptionally well-suited for the preservation of textiles and other fragile antiques.

The outside is elaborately embroidered with multi-colored silk thread. The design on front and back consists of a four-clawed dragon chasing the sacred jewel. Both dragons are situated among the clouds, where they were believed to reside. They are hovering above a wavy sea with three rocks emerging from it. Their symbology knows various explanations but on robes of the Qing they are thought to represent represent earth and the emperor.1 To the bottom are stylized lotus flowers, two in the front and three in the back.2

Armored plates are riveted to the vest on the inside, with the rivets showing on the outside as well. This effect gave these armors the name dīngjiǎ; (丁甲), literally: “nail armor”.

The plates in this instance are not the large rectangular and overlapping type that is usually encountered. Rather, they are smaller, do not overlap and have triangulated shapes. The fact that there are no “shadows” or imprints of larger plates indicates that this was by design, and not a later adjustment to the plate sizes.

This vest represents an early step in the evolution towards the completely ceremonial armors that appear from the Qianlong period onwards. The owner of the vest probably wanted the look, feel and sound of an actual armored vest without carrying that kind of weight around at all times.

Very few armors of this period survive to compare it with, but a complete armor with near-identical embroidery is kept in the Palace Museum in Beijing and dated to Hong Taiji’s rule from 1626 – 1636.3 Another example is in the Genko Historical Museum in Fukuoka, Japan. This piece is misidentified as 13th century Mongolian.

The design of clouds and dragons was subject to continuous change which makes it possible to date textiles and porcelains with a certain amount of accuracy. The decoration on this vest, with the peculiar rendition of the dragon’s head, the positioning of its body and its very widely spaced, windmill-like claws is typical for the Ming-Qing transitional period, from around the late Wanli reign to the overthrowing of the Ming by the Manchus in 1644.

Porcelains survived much better than fabrics, so there are still plenty of porcelains to compare the dragon with. The design bears many similarities for example with a Chongzheng period blue-and-white censer in the Butler collection, which bears the date 1639.4

All considering, the vest most likely dates from the 1620’s to 1640’s, the formative days of the Qing dynasty.

It is not known whether these early armors were actually produced by the Manchus themselves or were somehow obtained from Chinese workshops, but the style is very much Ming imperial.

The similarity to Wanli period Ming styles may be explained by the fact that some prominent Jianzhou Jurchen, like Nurhaci, once held high Ming ranks and went on tribute missions to Beijing. They must have had some of their official attire, including armors, supplied to them during these occasions. Of course, this stopped once Nurhaci became openly hostile to the Ming in 1618, but the Manchus seemed to have continued using Ming symbols of rank in their official attire.

This vest shows a particular type of four-clawed dragon called mǎng (蟒) which under the Manchus was reserved for the noble rank of beile, an imperial prince of the third rank. The rank was bestowed to the sons of higher-ranked princes like brothers and sons of the emperor, but could also be attained by non-royals through exceptional merit.5

Many beile had important roles during the conquest of China, and it is tantalizing to think who would have owned it. Quite possibly it was someone who personally knew, or was directly related to, some of the important early Qing leaders such as Hong Taiji and Dorgon who lead most of the invasion.

In remarkable condition for its age. Some of the colors of the silk embroidery has faded but the indigo blue remains vibrant as ever. There are some minor repairs which were very well done. Some of the loops and all of the buttons are missing. A few lost studs, some staining.

A rare and important piece of military attire from the decades of Manchu rise that lead to the overthrowing of the Ming dynasty. Made for a fairly high ranked individual who attained the noble beile rank by birth or merit. It is in excellent condition for its age.

Notes
1. Such mountains also feature on sword guards and saddle plates of the period and on some it is substituted by the word sōng (嵩), a sacred mountain in Henan province.
2. The lotus represents the path to enlightenment as it emerges from the murky waters and makes its way towards the light, finally showing itself as a pristine flower above the surface.
3. 故宫博物院藏文物珍品全集 56:请宫武备 (Gugong Bowuyuan Cang Wenwu Zhenpin Quanji 56: Qing gong wu bei) or The Complete Collection of Treasures of the Palace Museum, Beijing 56: Armaments and Military Provisions. Published in Hong Kong, 2008. Page 55.
4. See Butler and Wang, Seventeenth-century Jingdezhen porcelain from the Shanghai Museum and the Butler collections, Shanghai Museum, 2006. Pages 78-79.
5. See Pu Jiang et al., eds., Huangchao Liqi Tushi (皇朝禮器圖式), or "Illustrated Regulations on the Ceremonial Paraphernalia of the Dynasty", Palace Edition of 1766 (British Library, 15300.e.1). This version is based on a manuscript of 1759. Chapter 4. 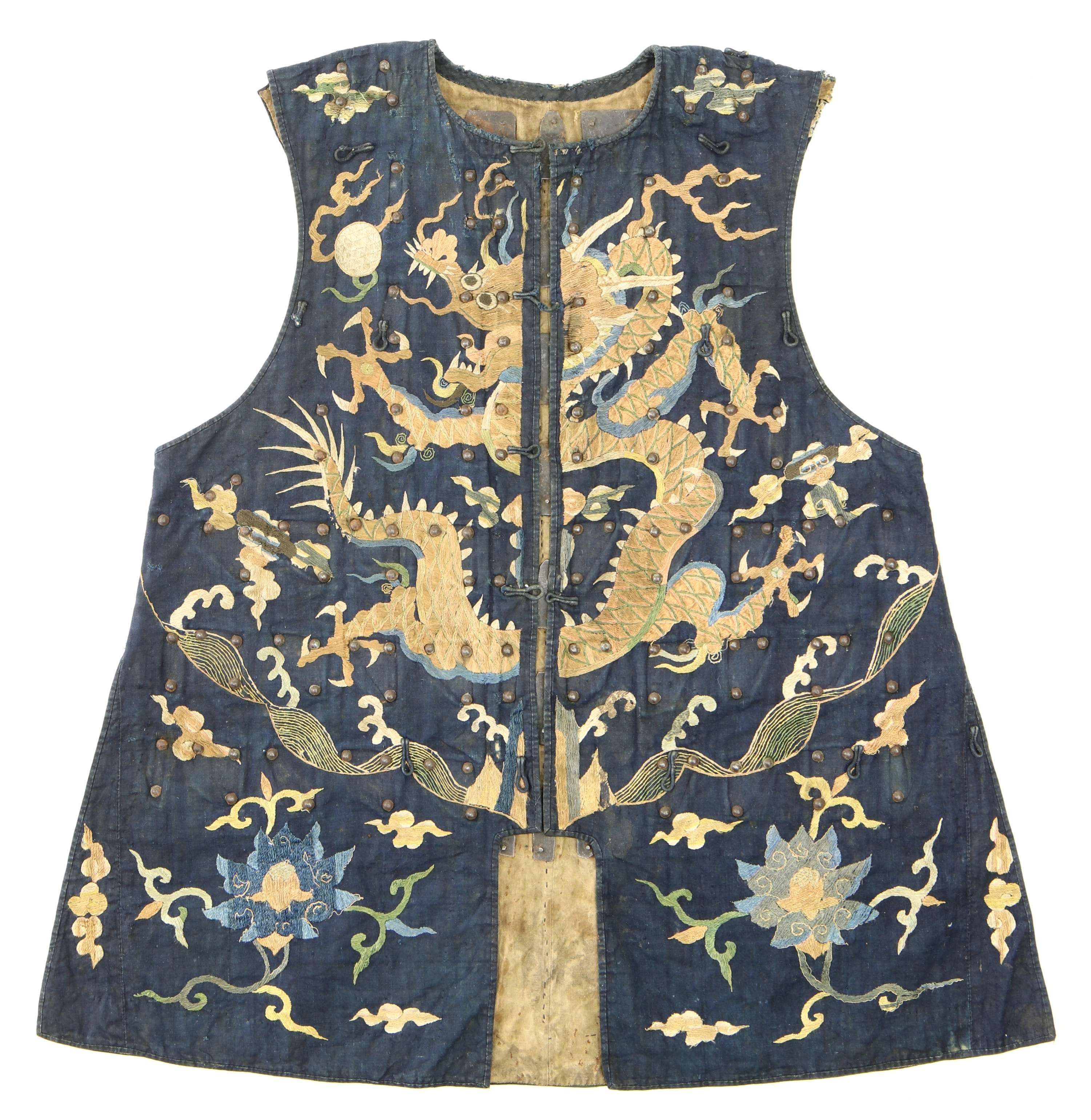 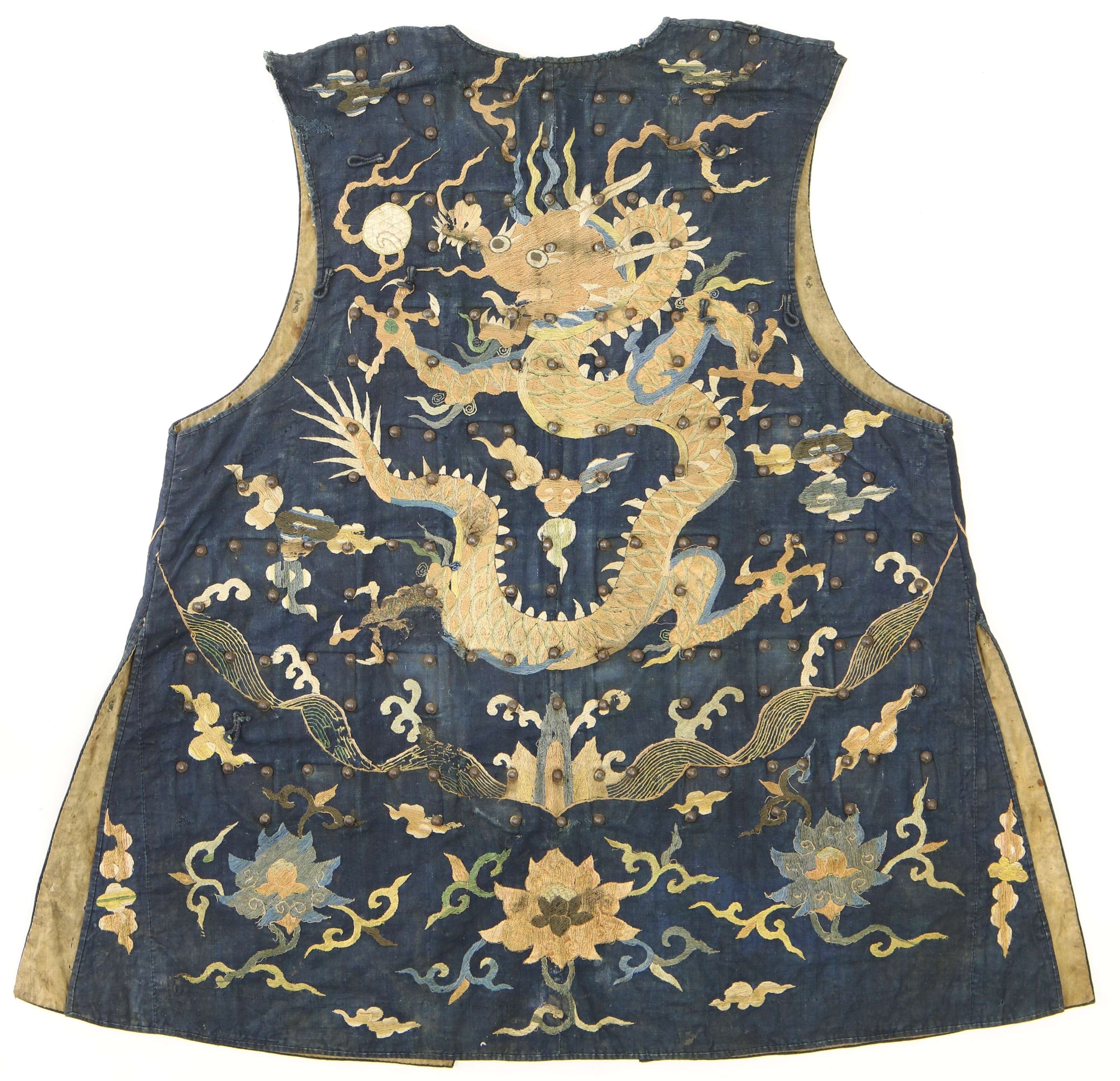 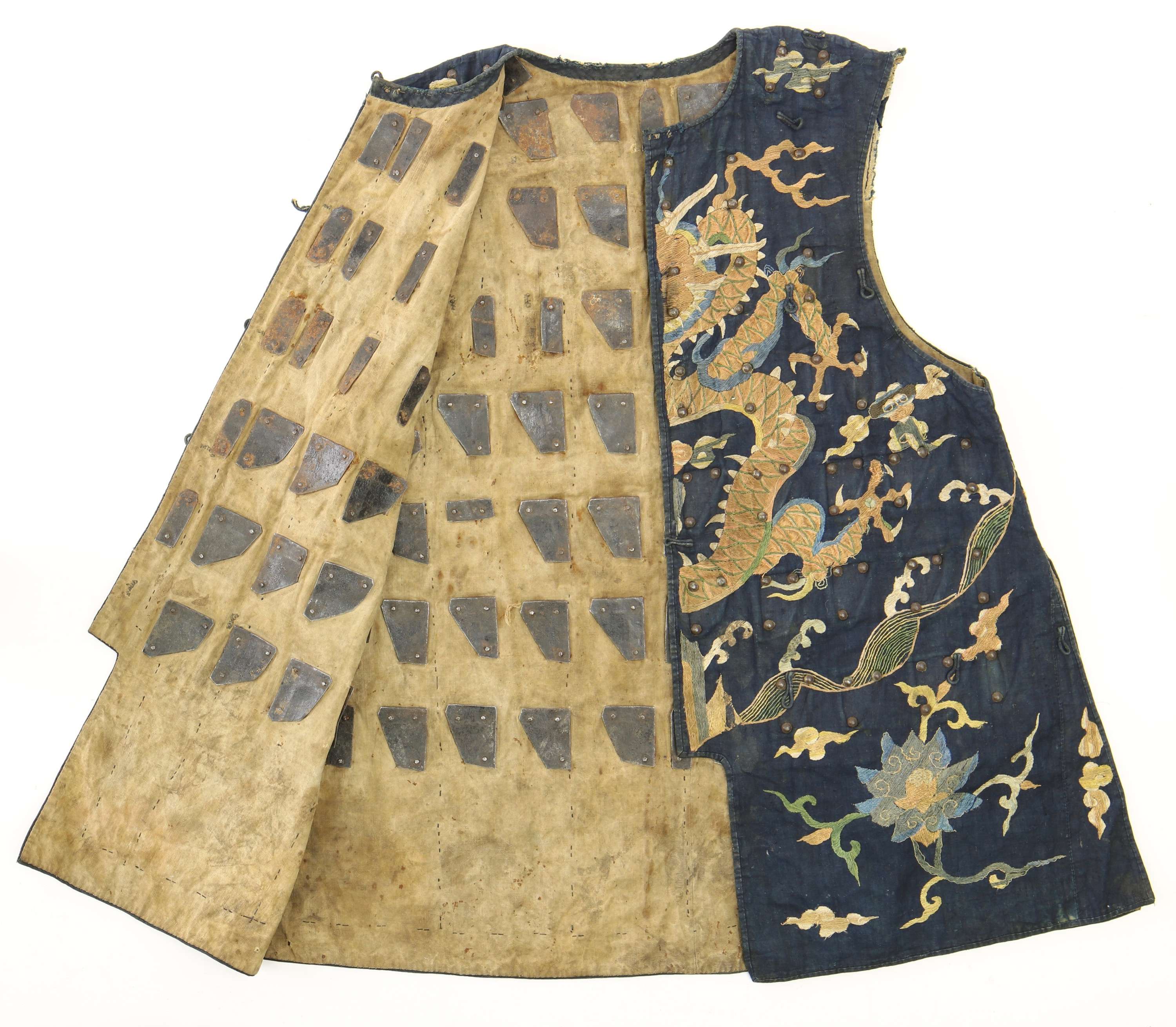 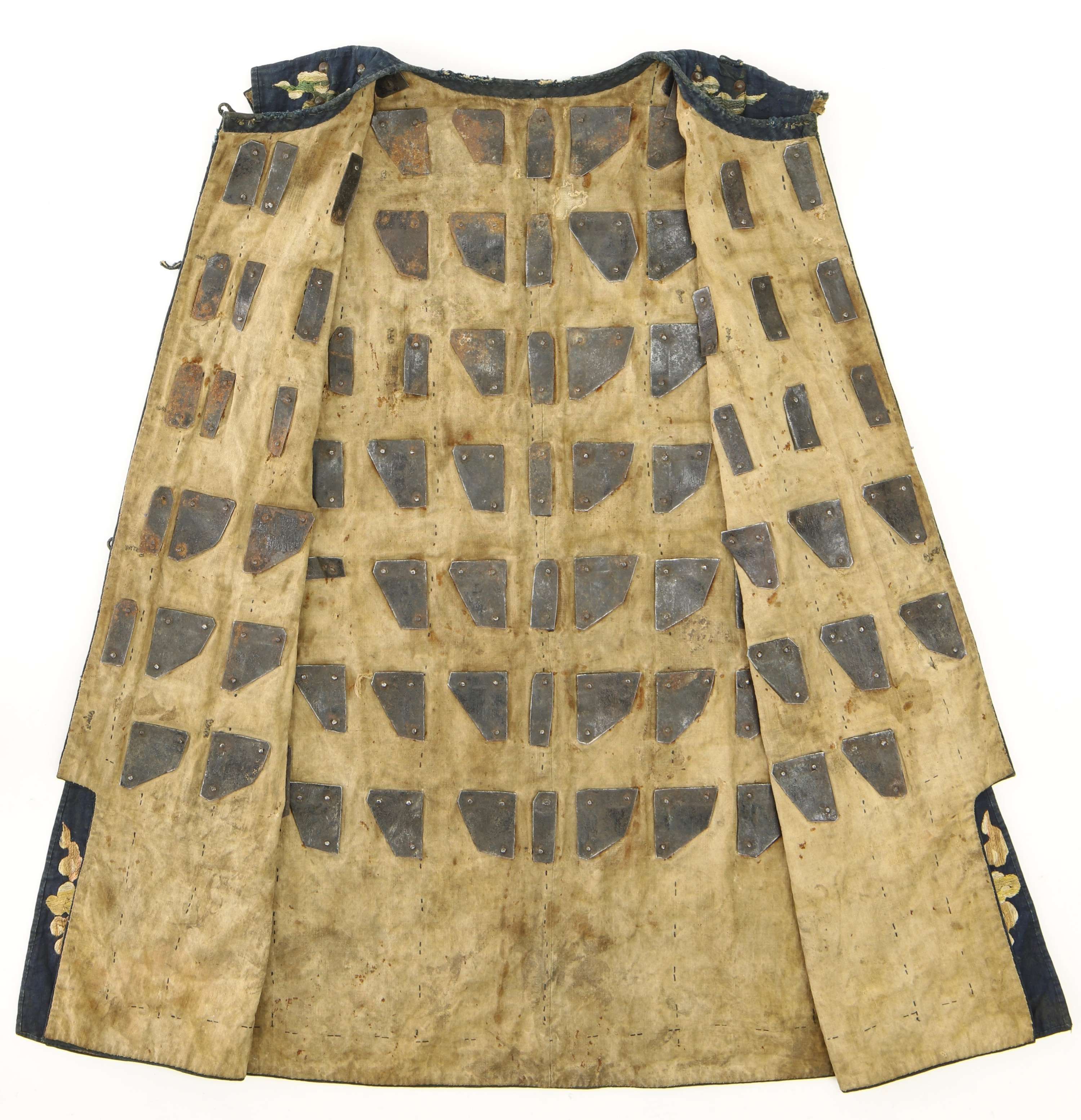 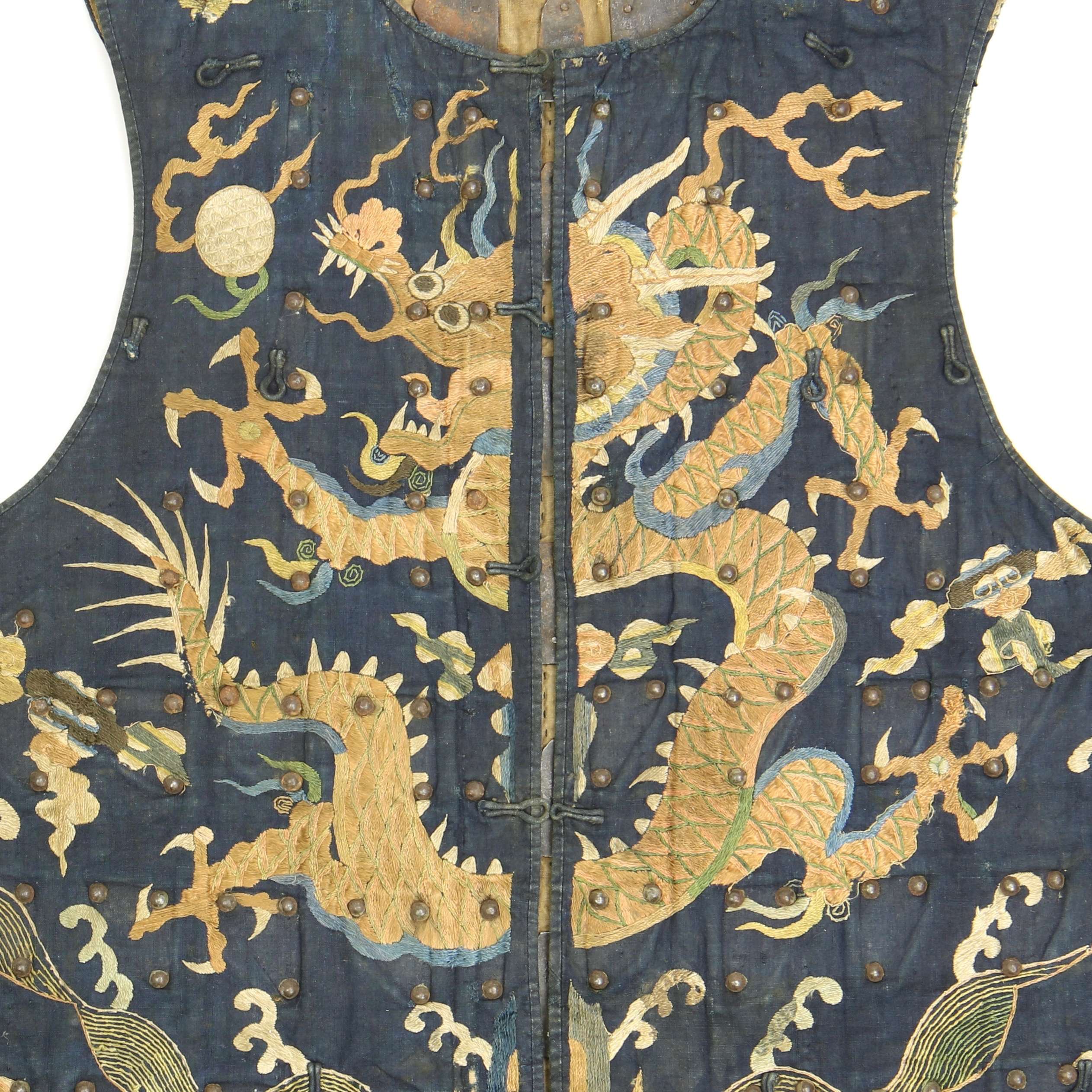 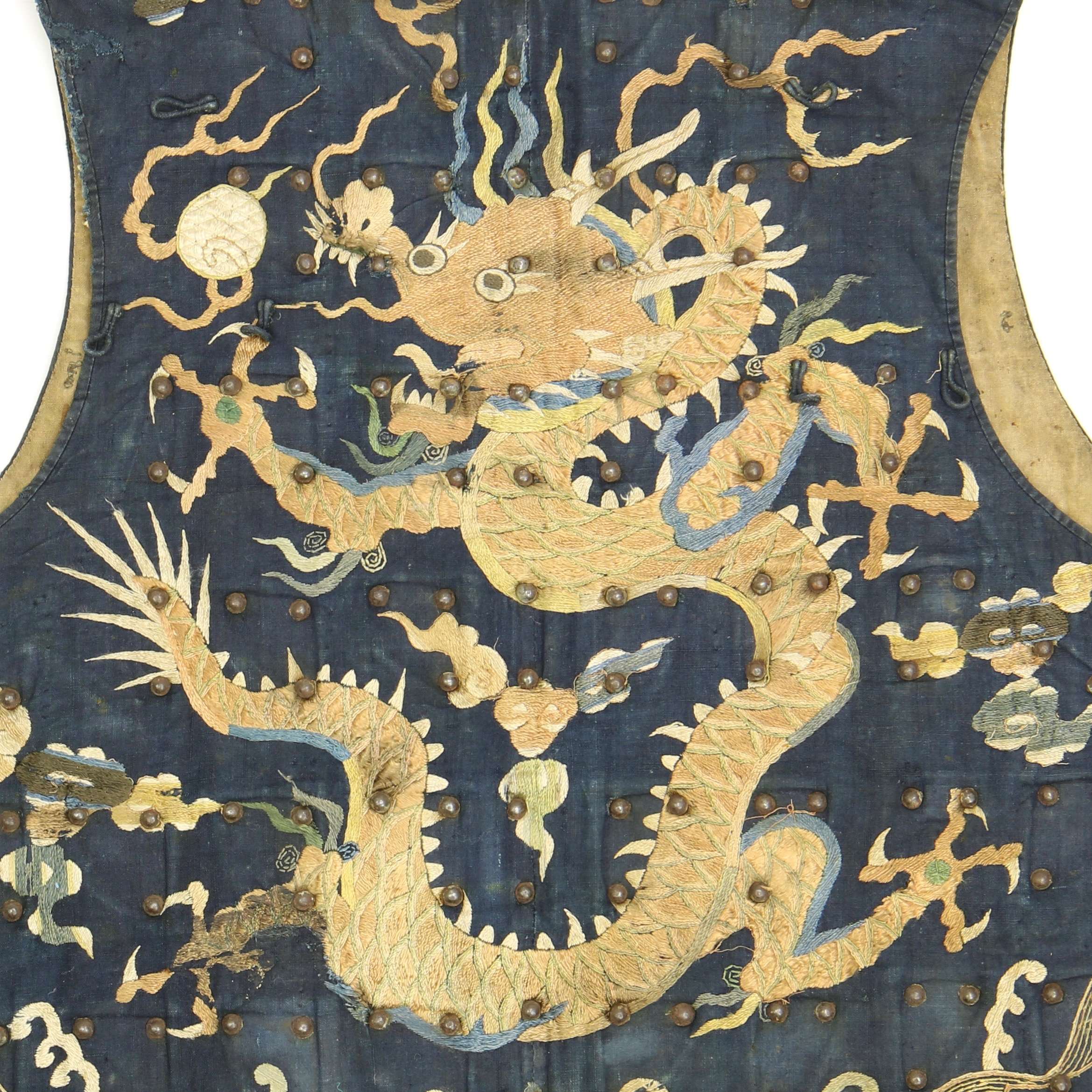 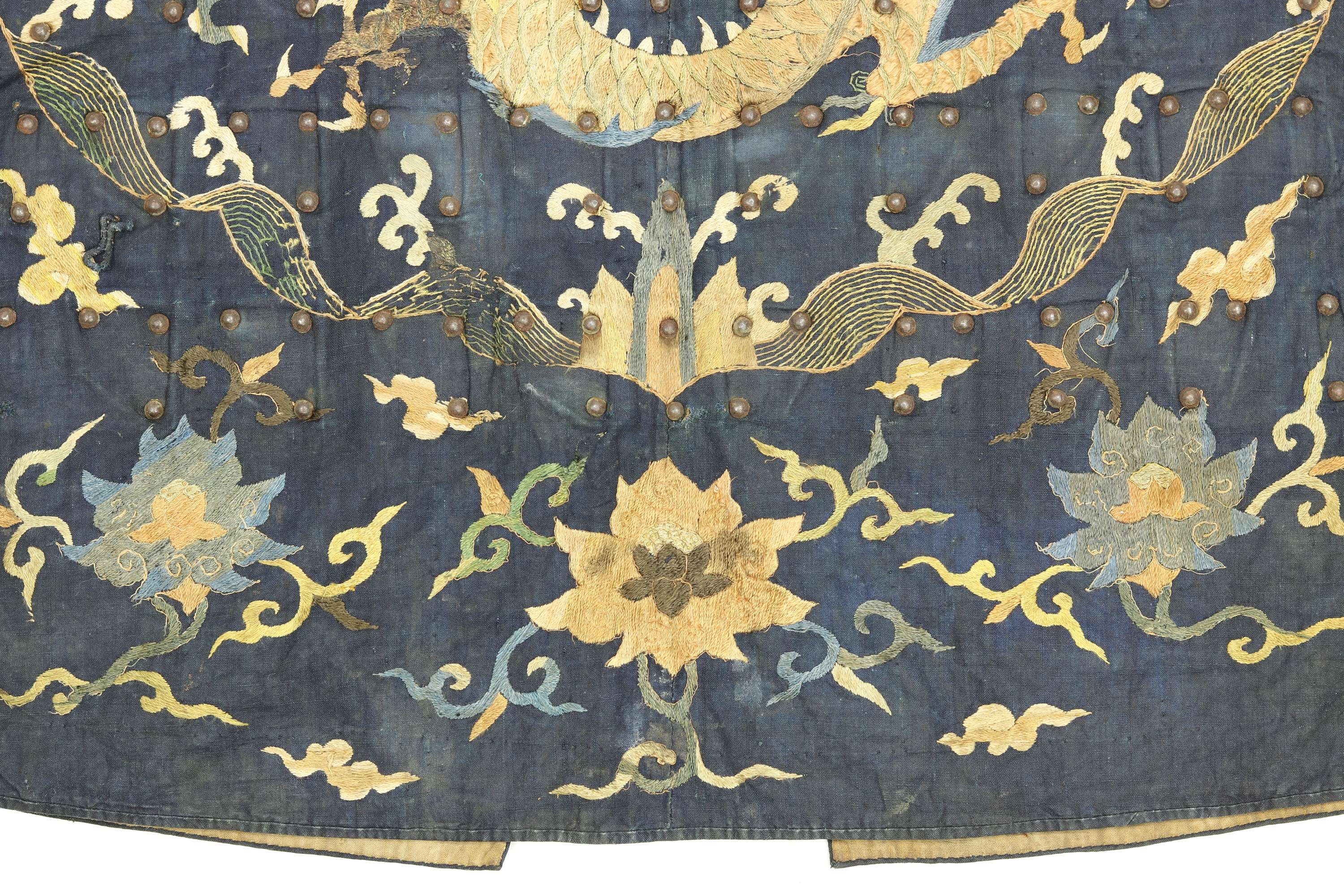 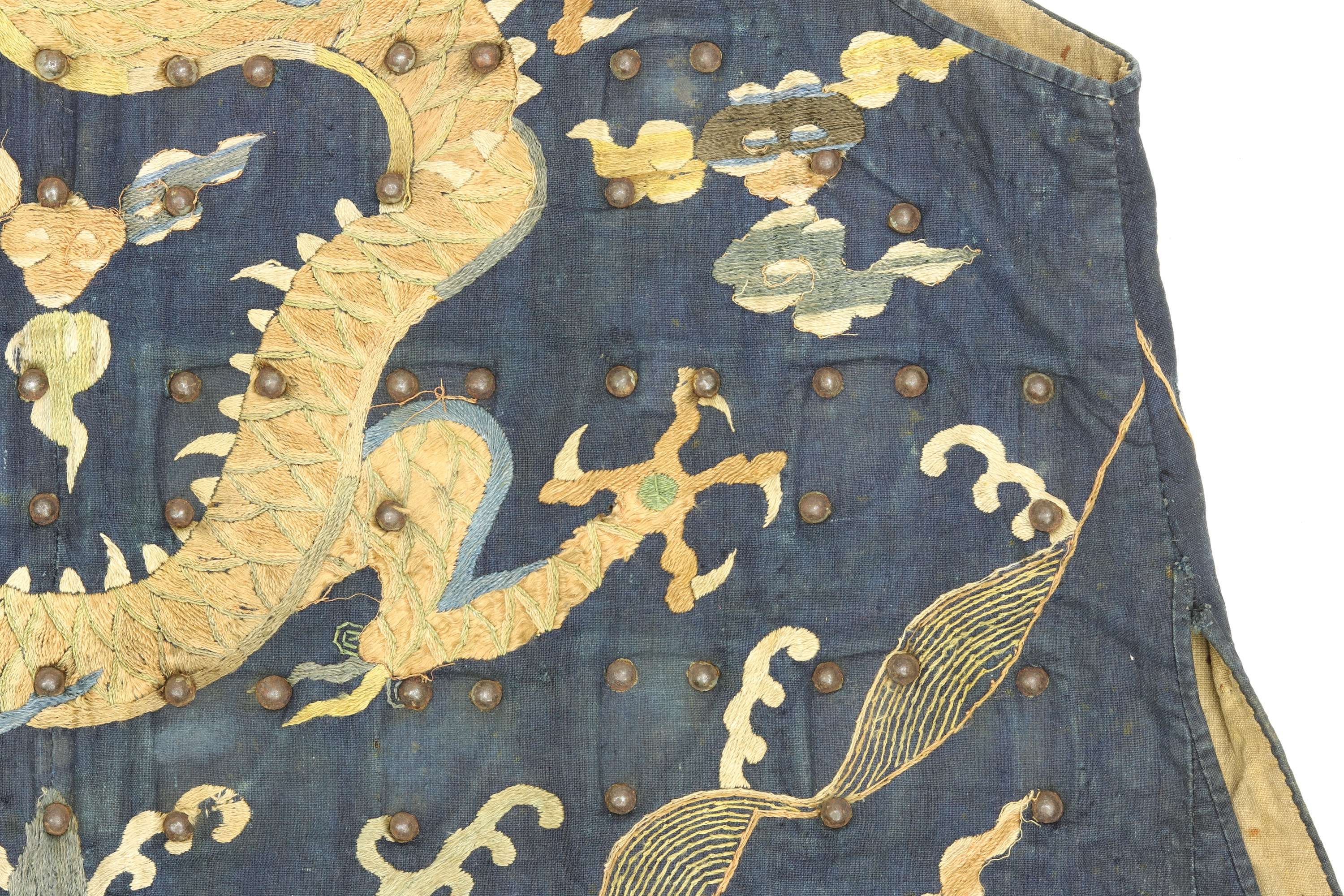 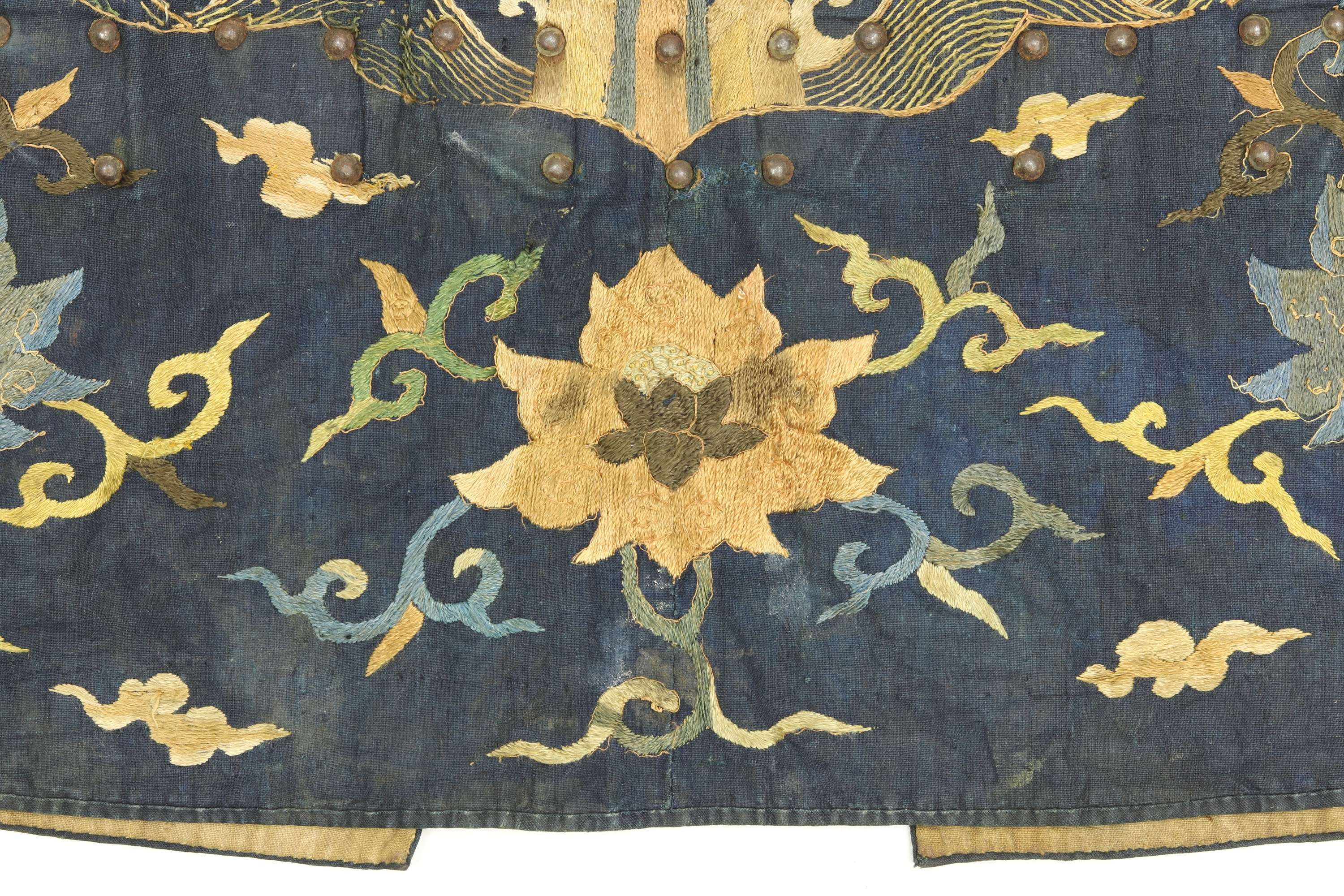 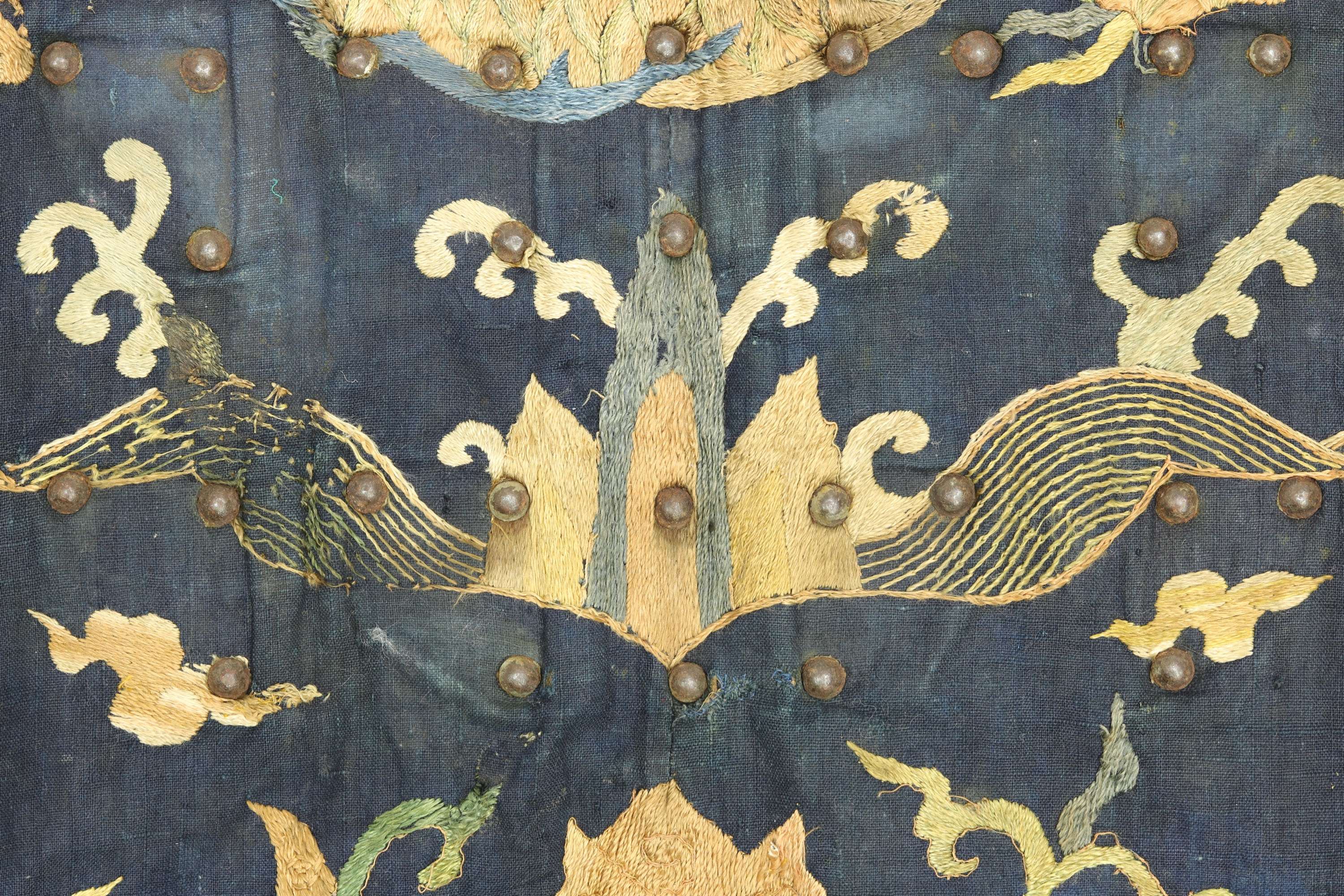 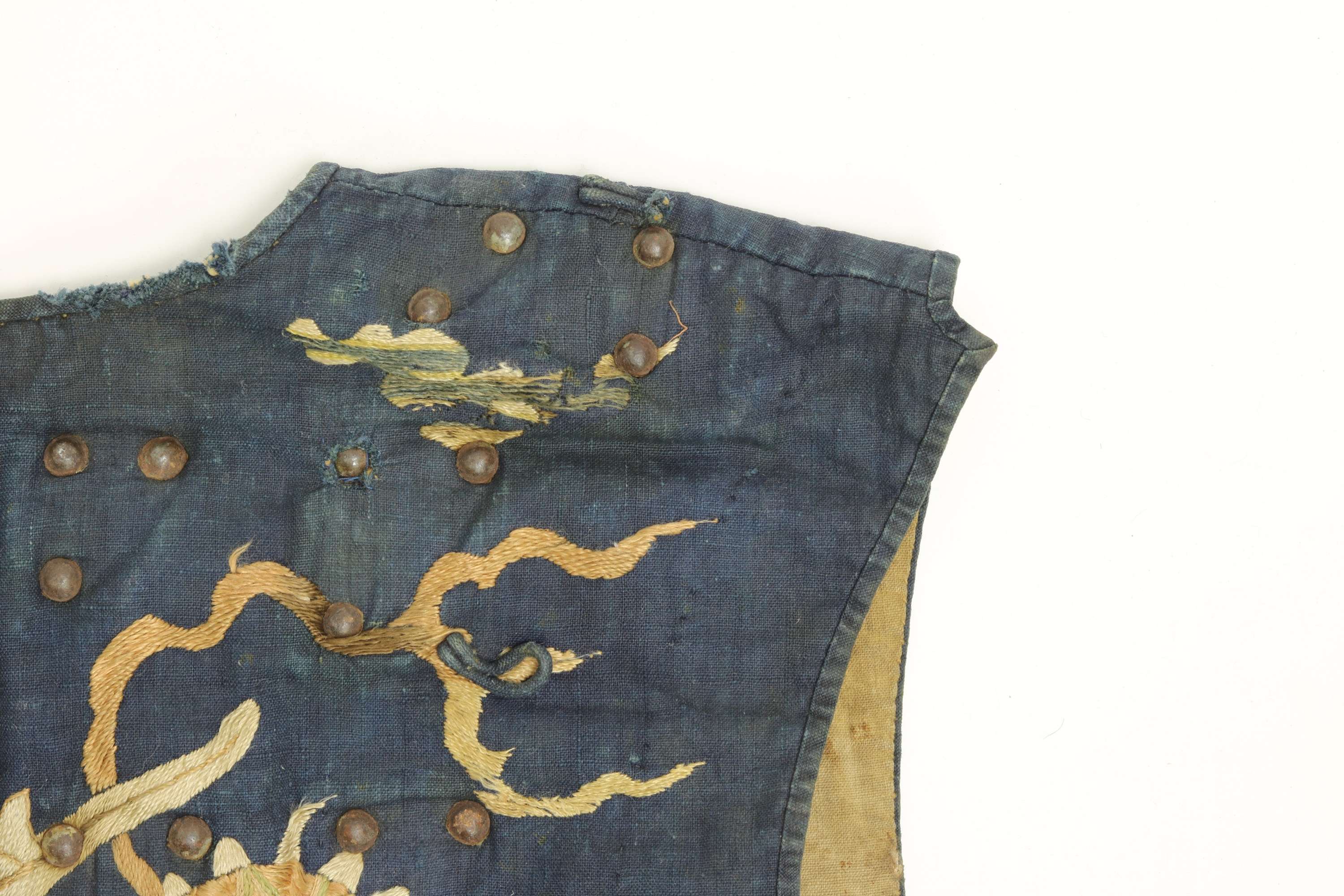 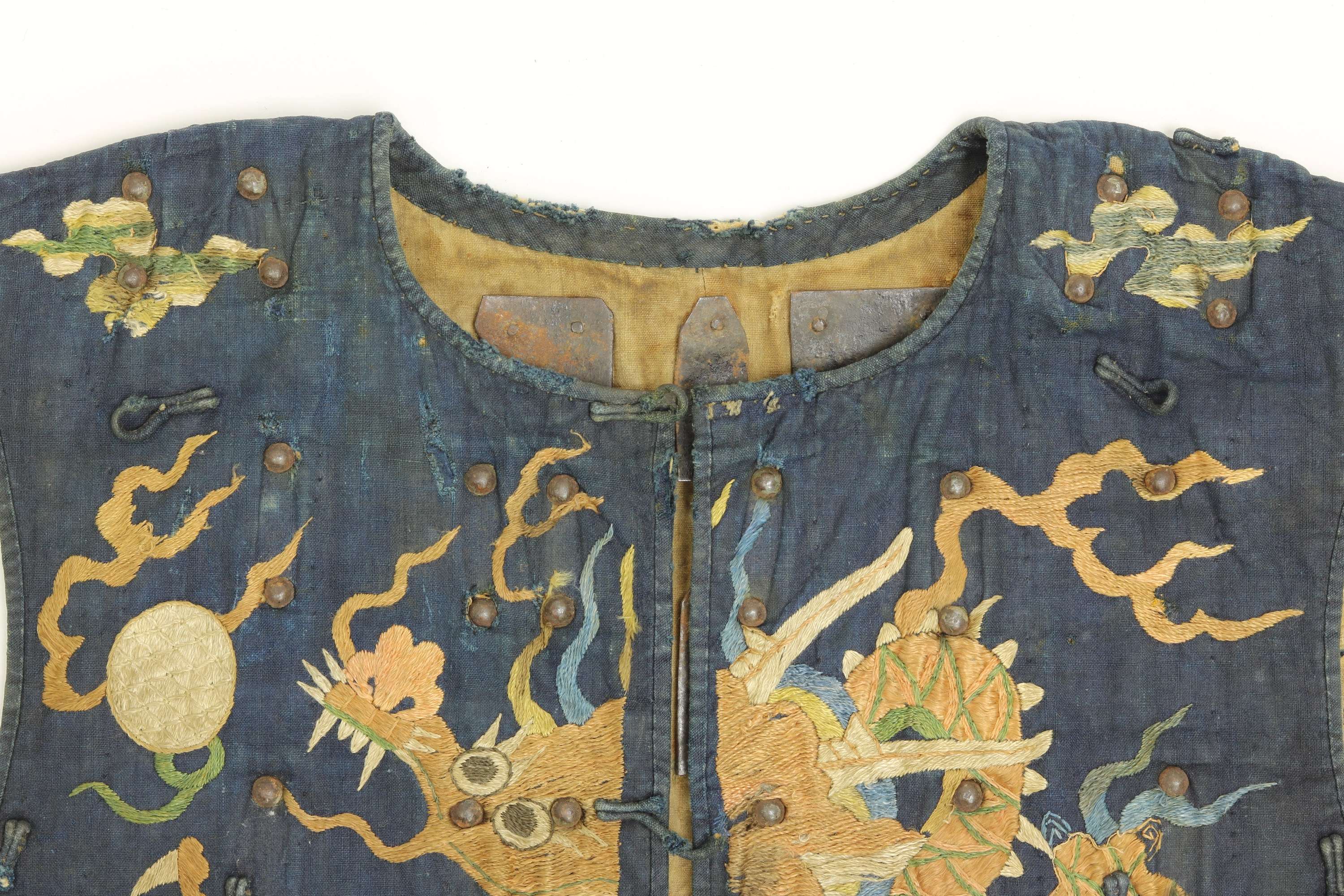 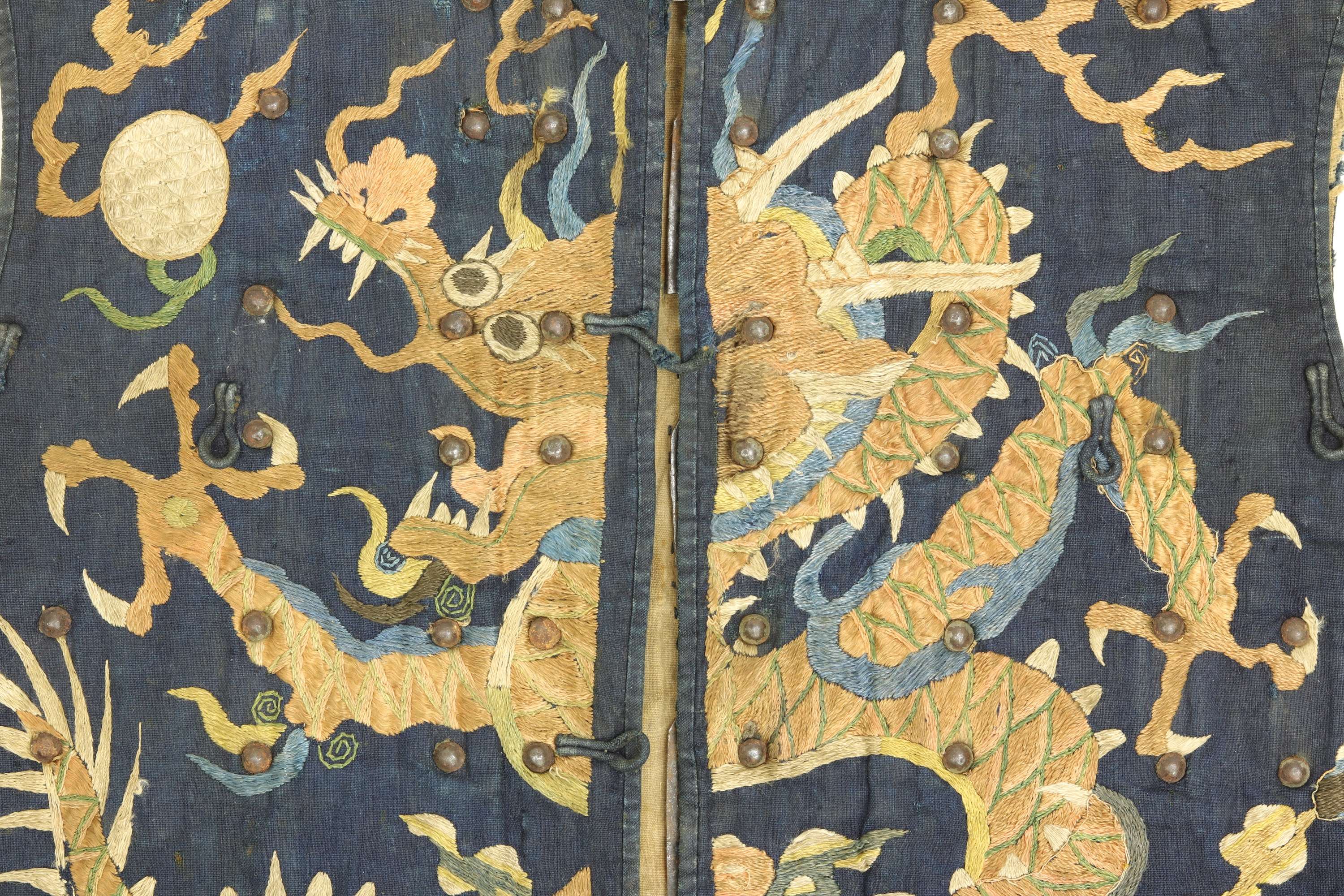 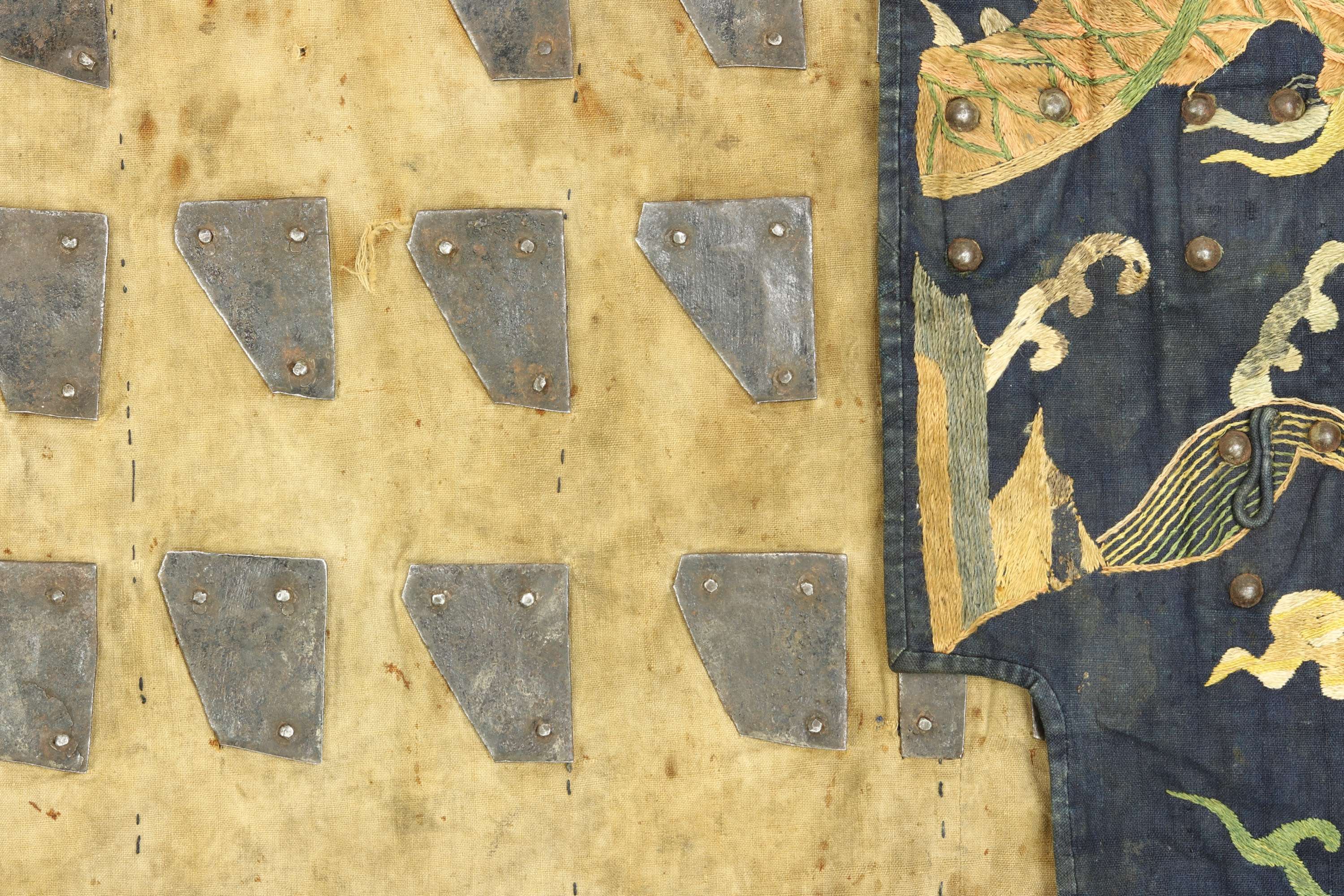 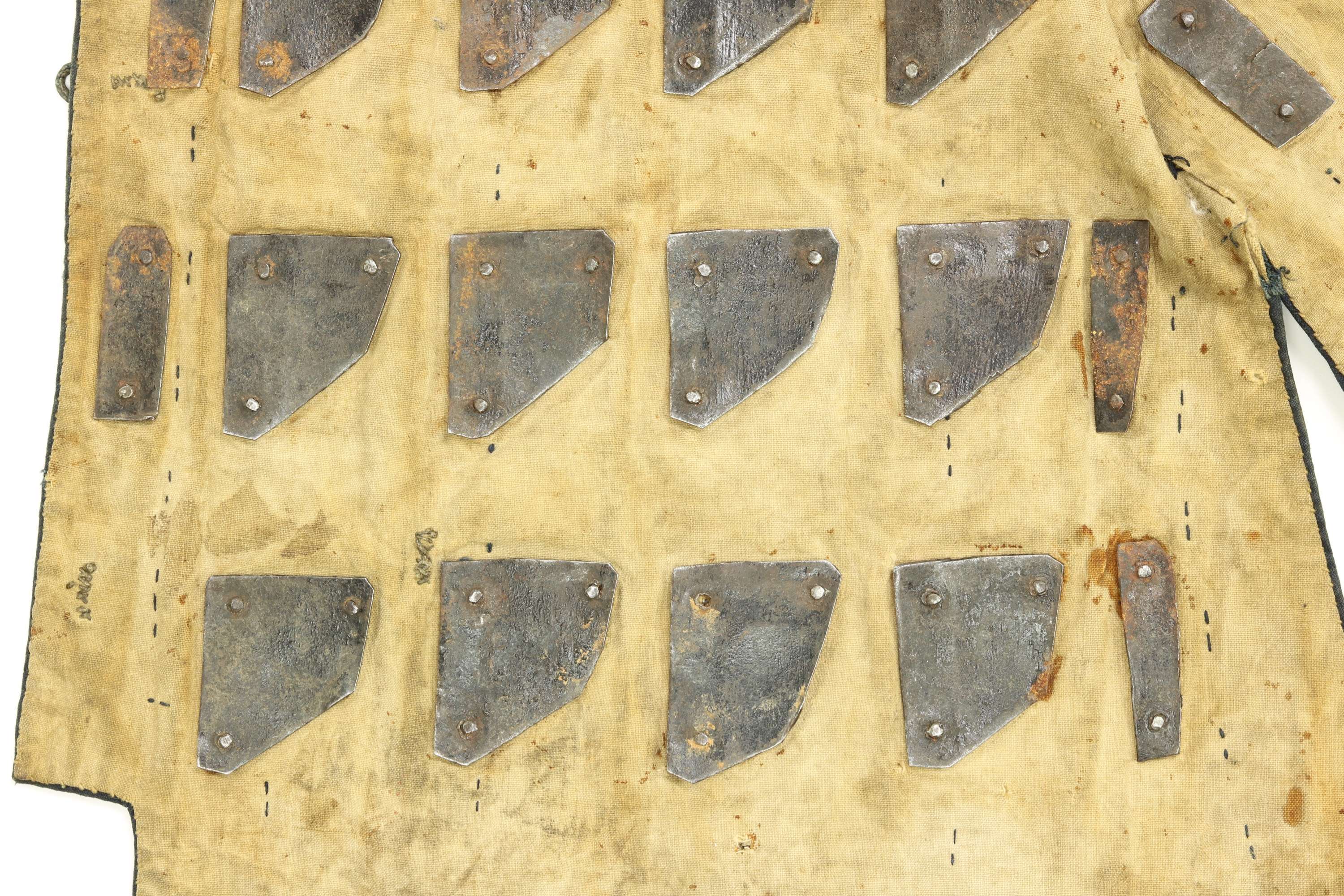 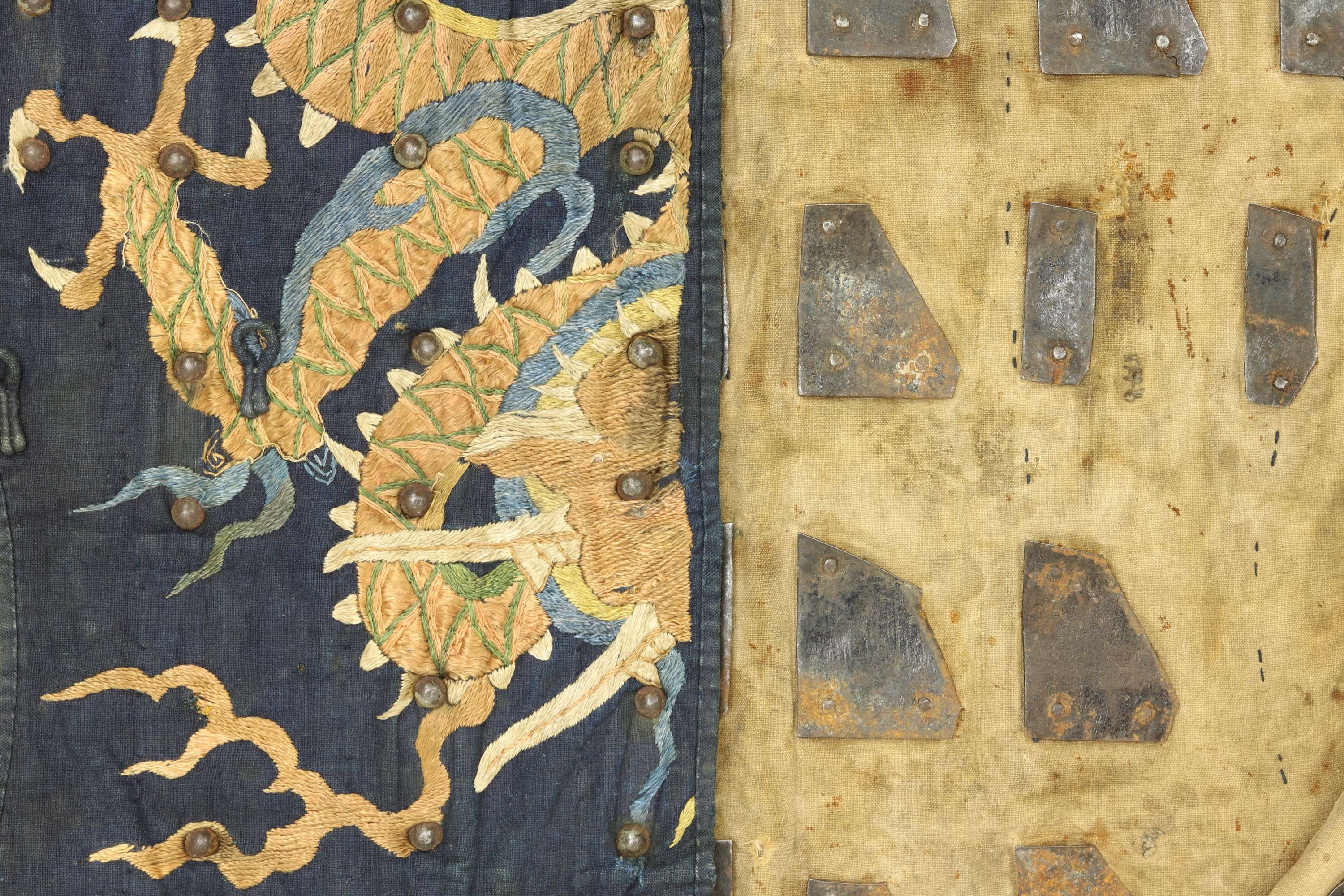 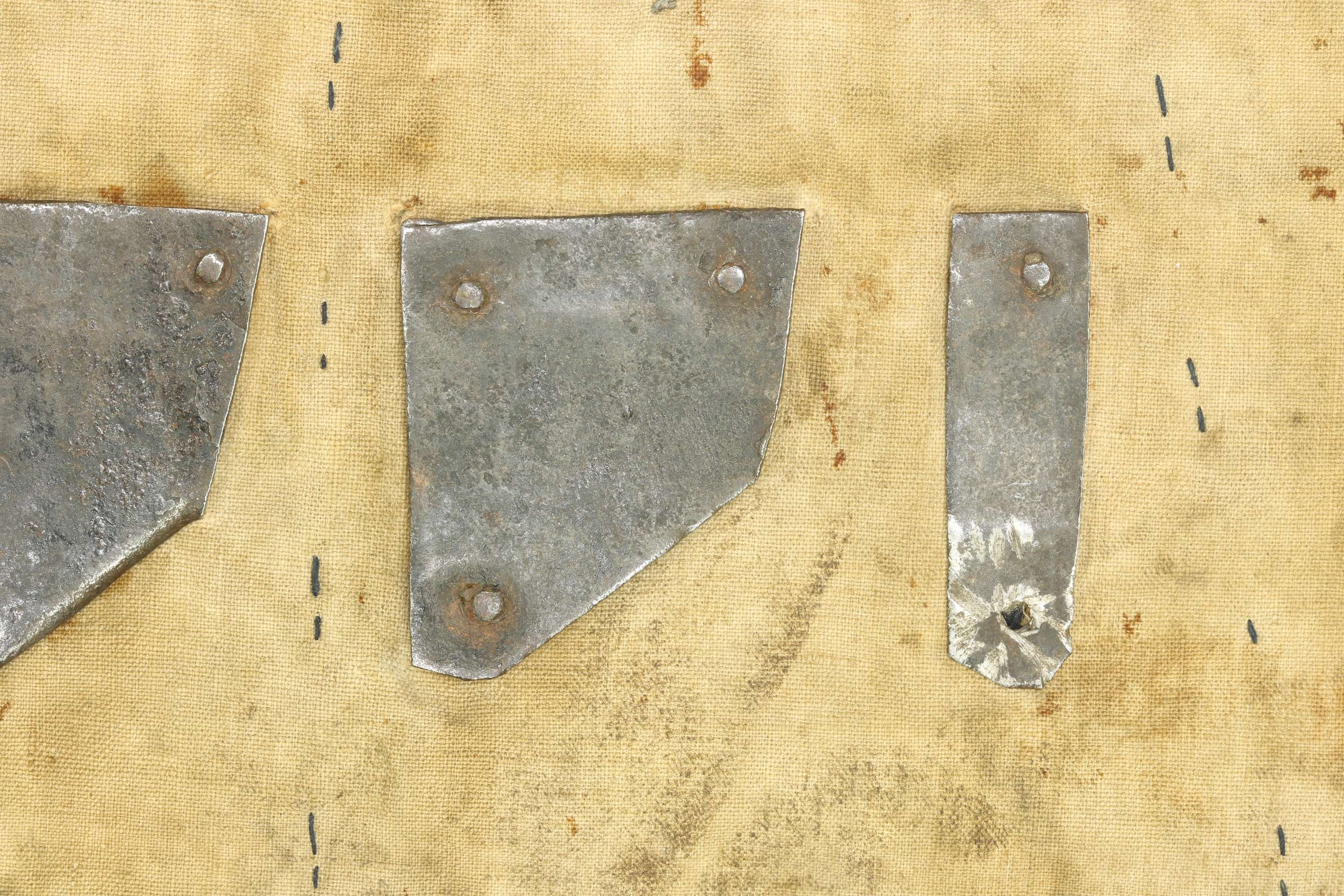 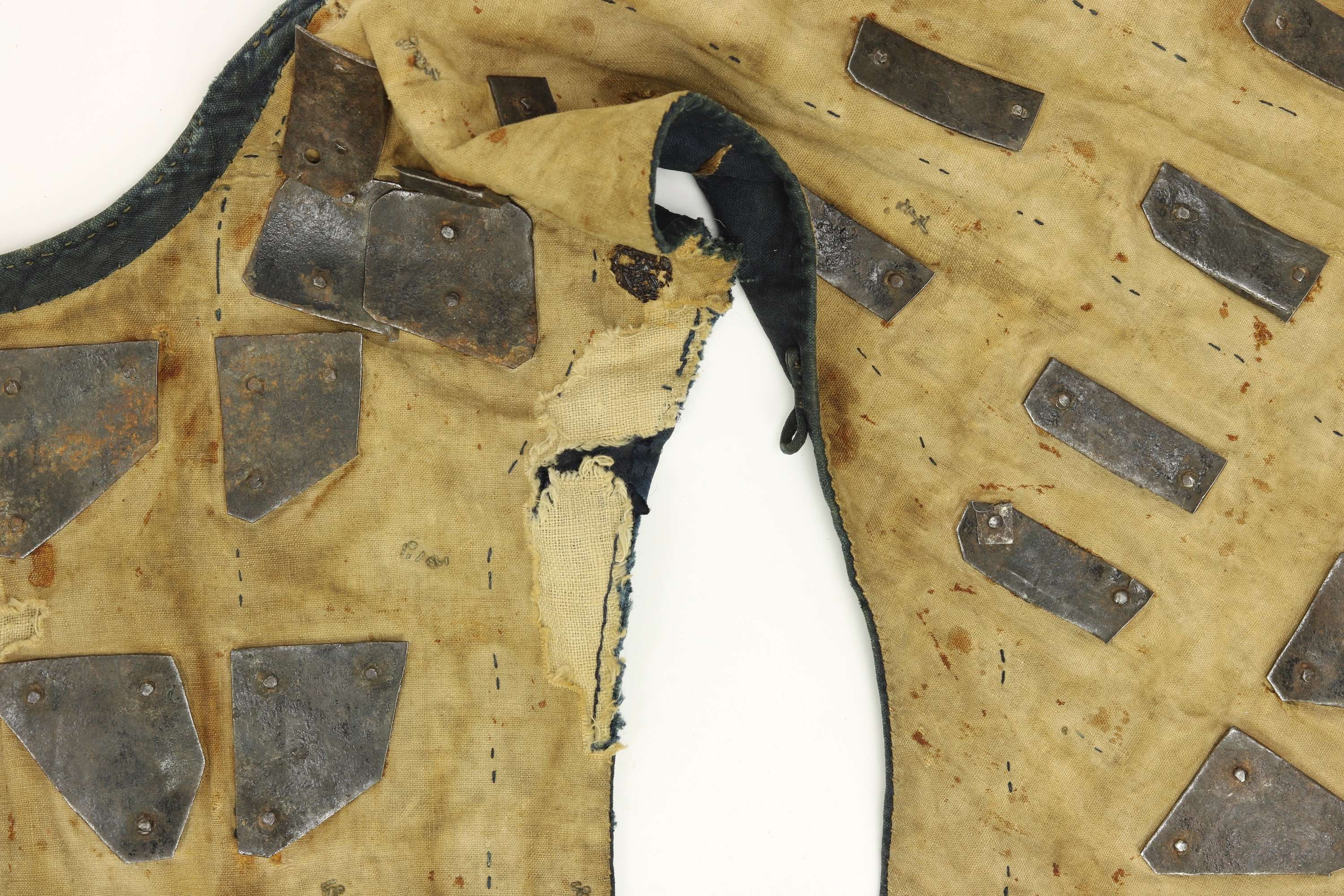 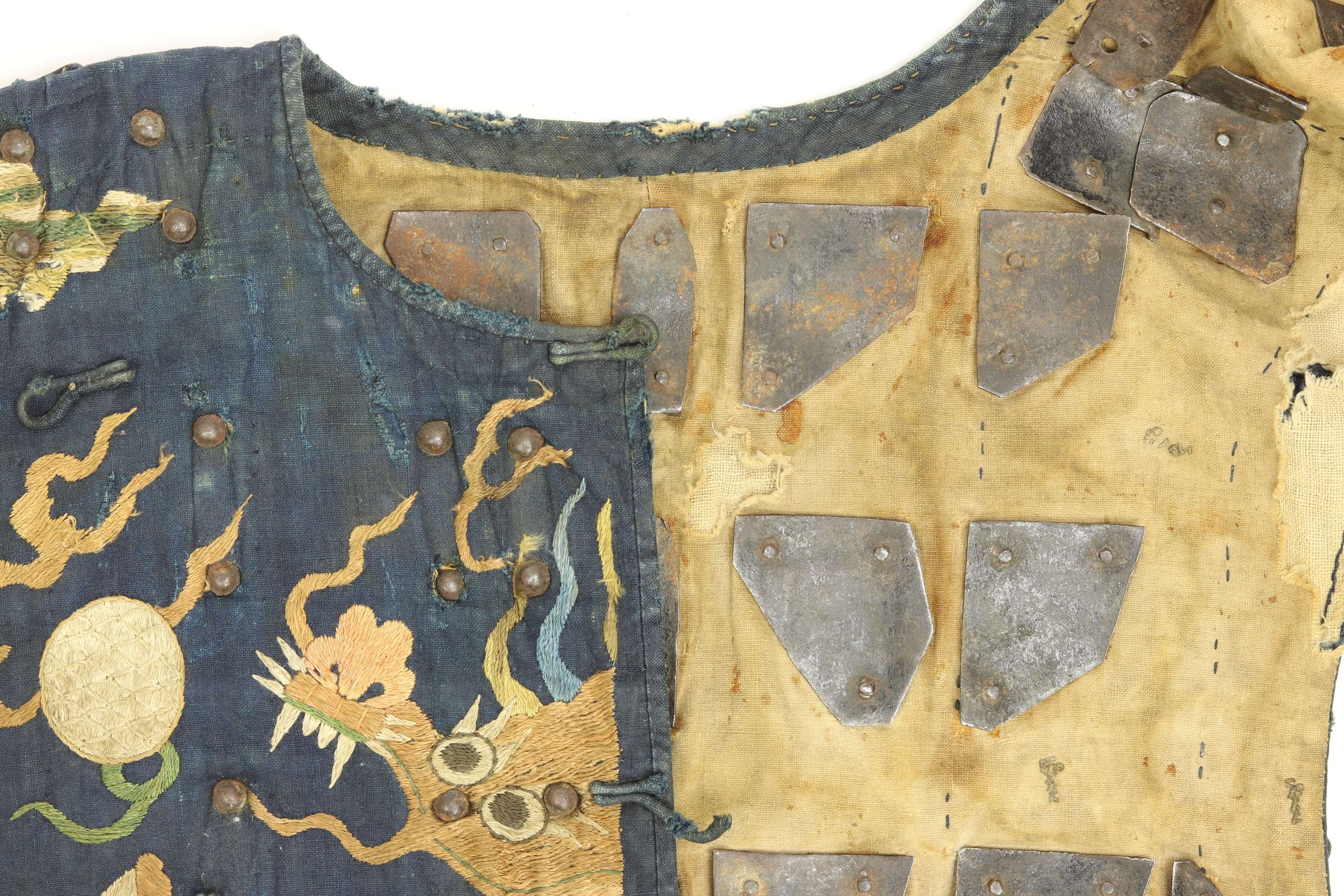 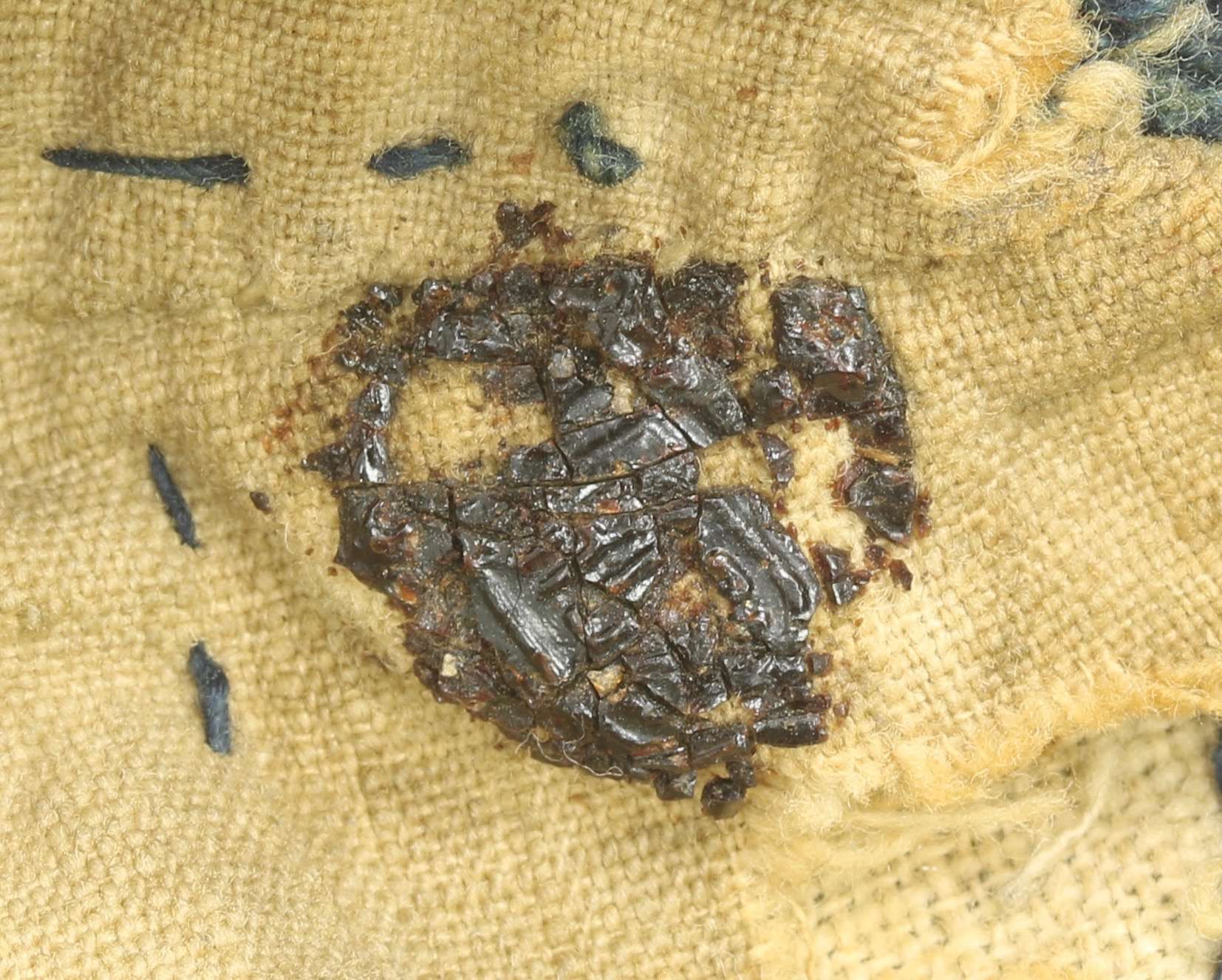 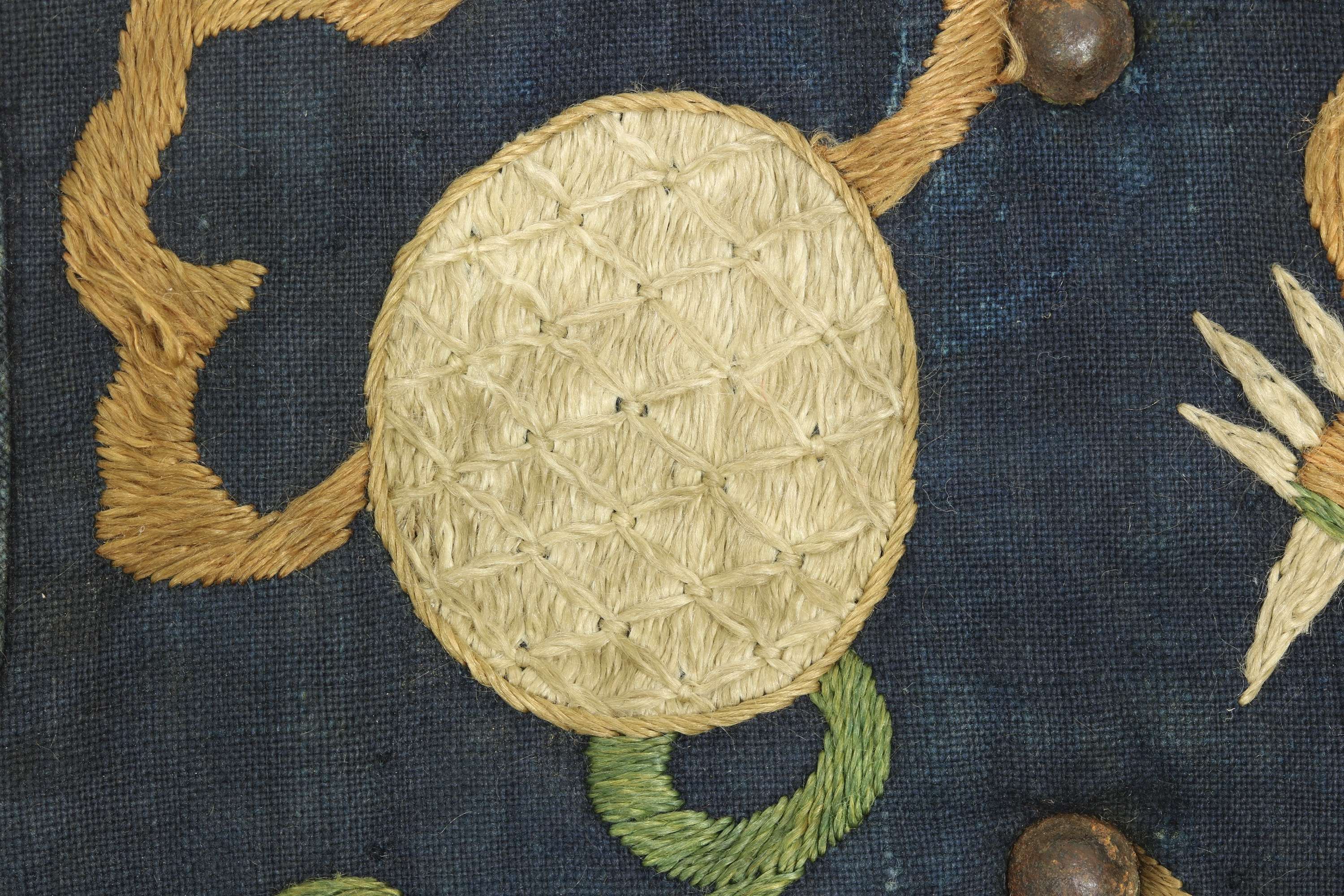 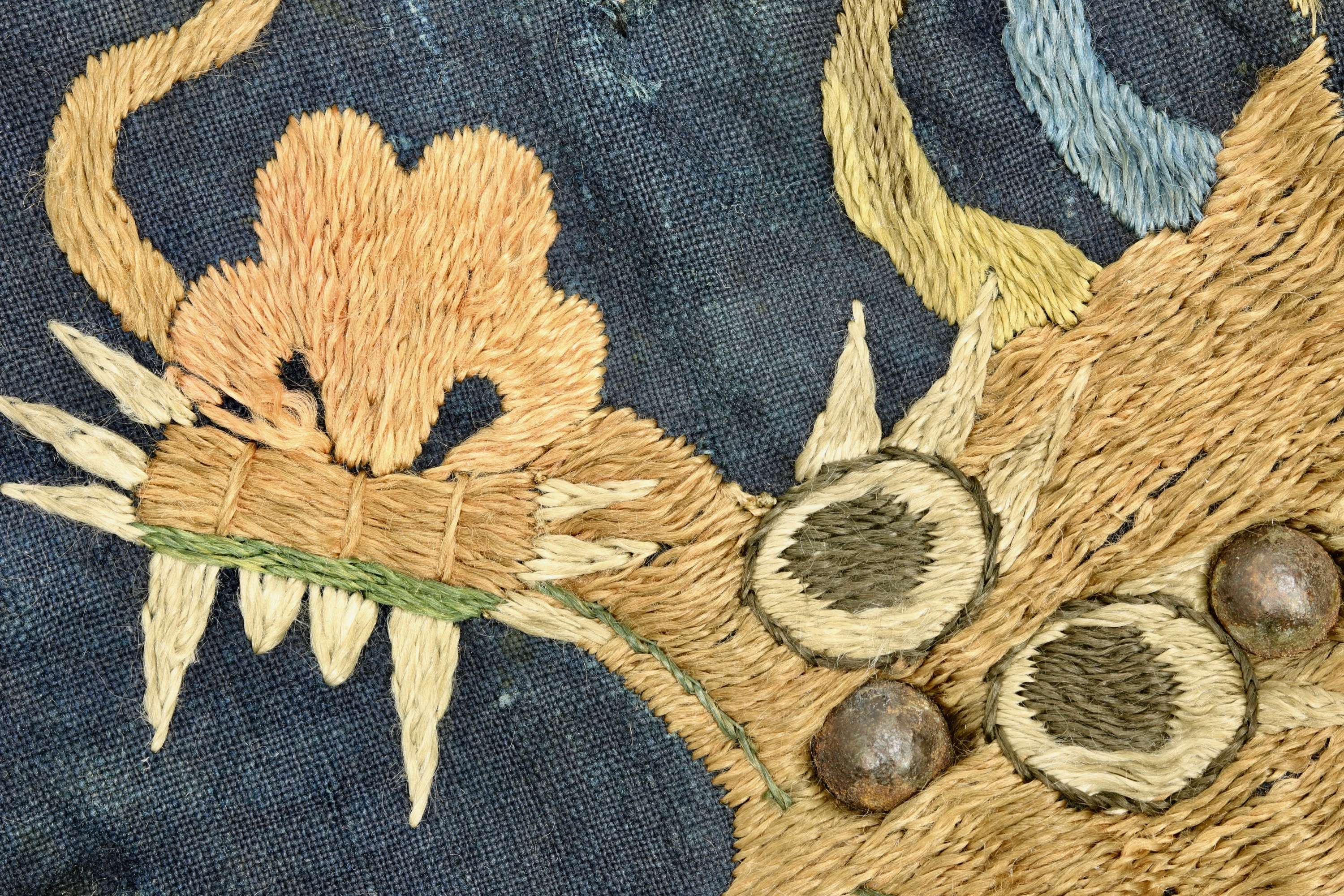 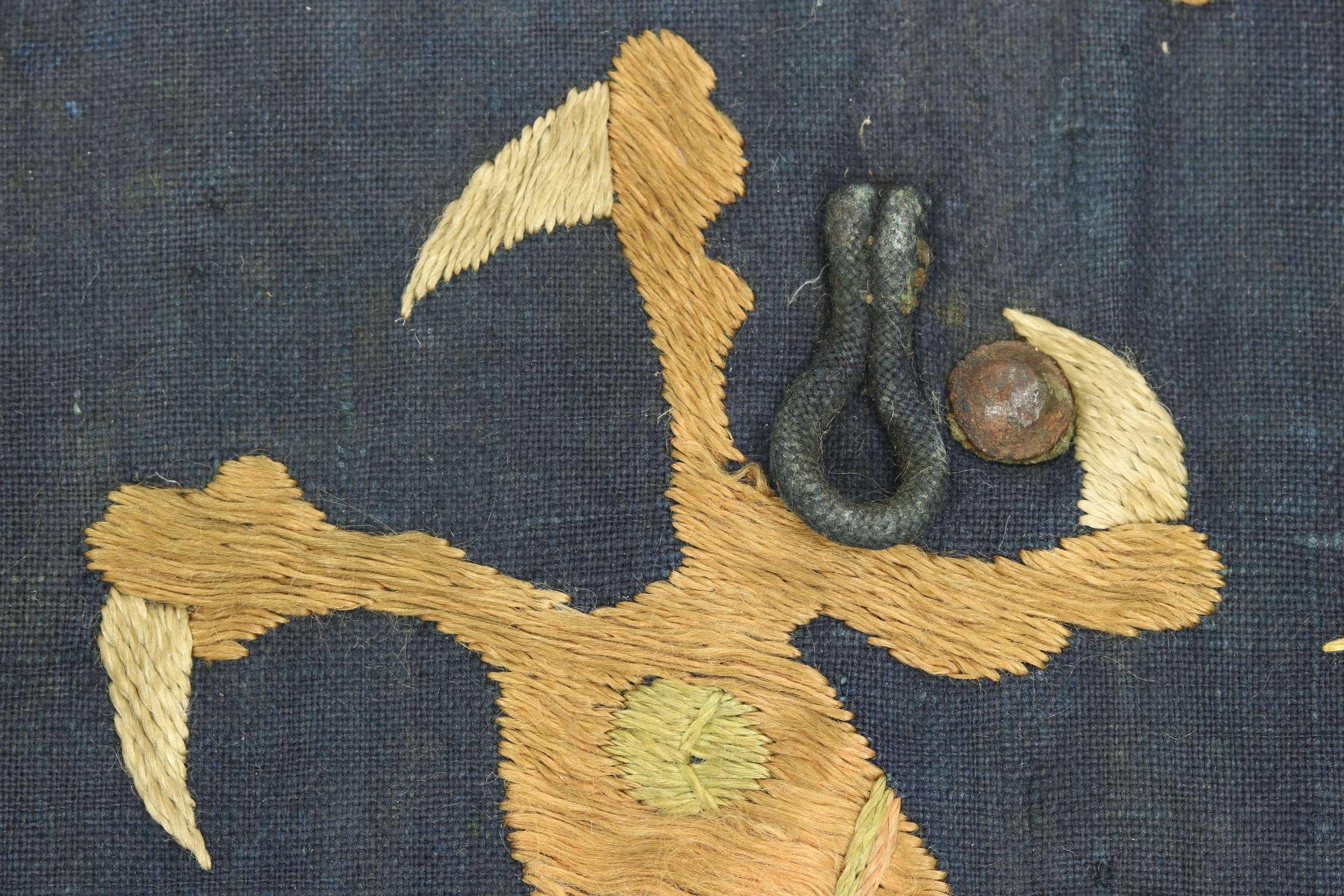 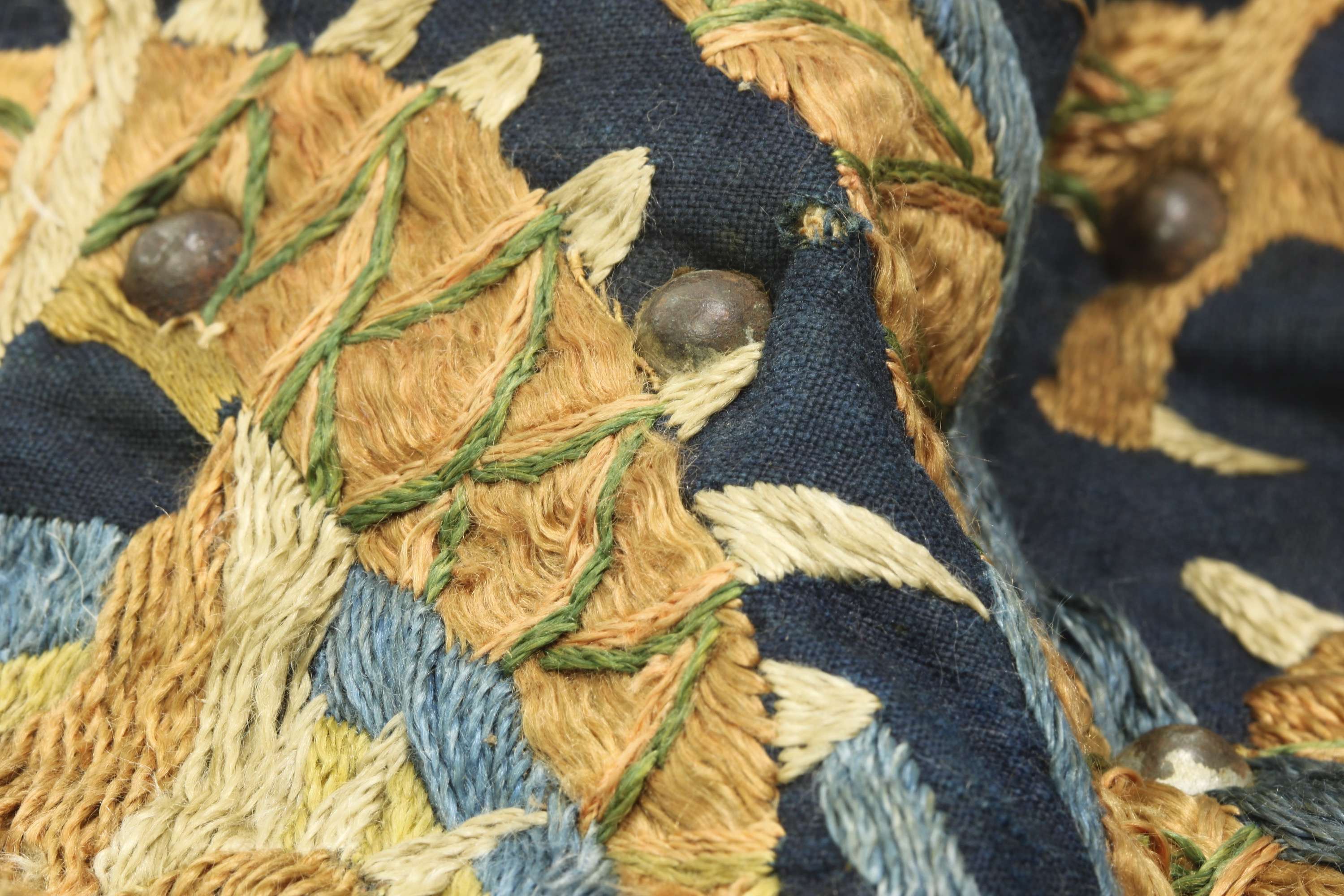 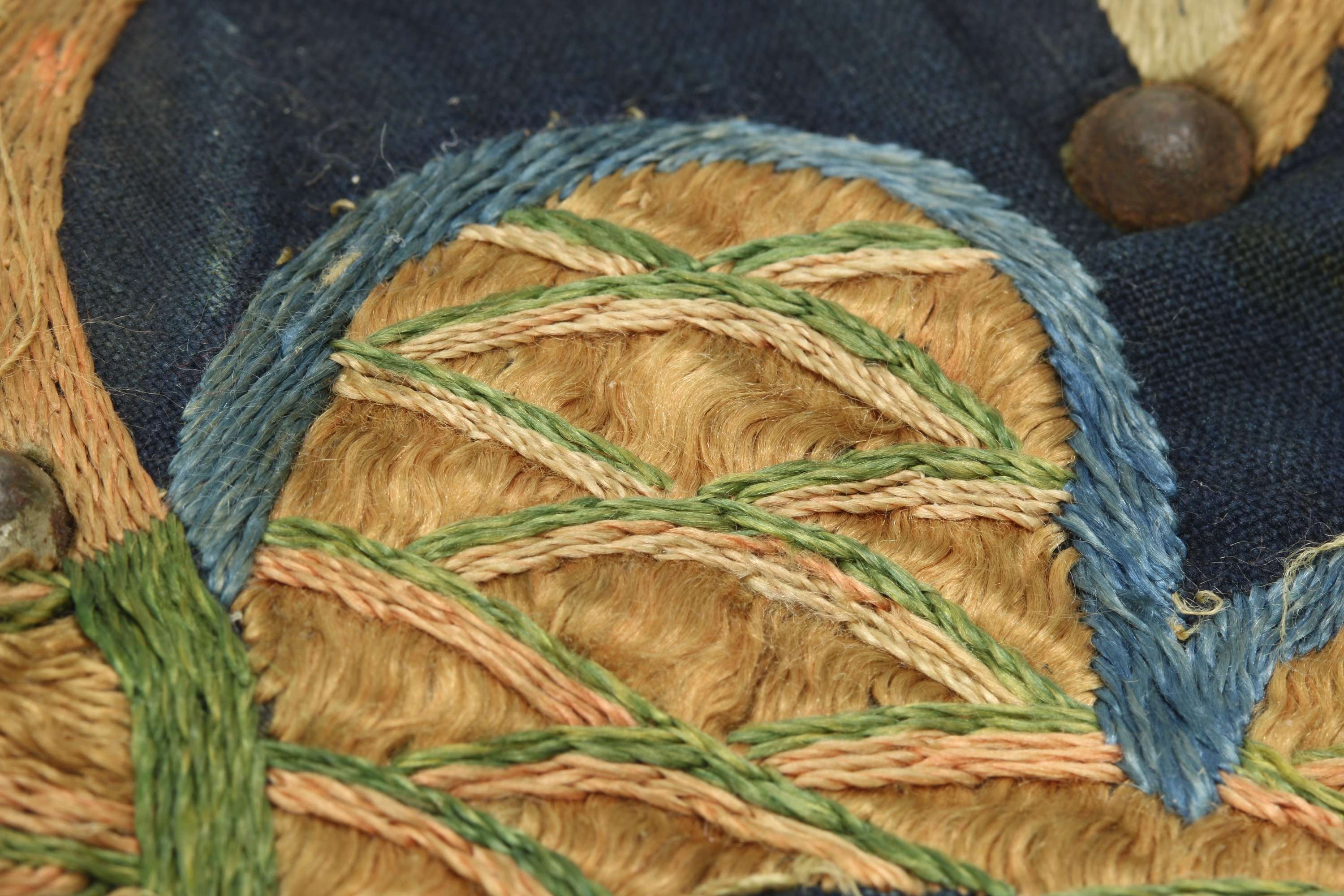 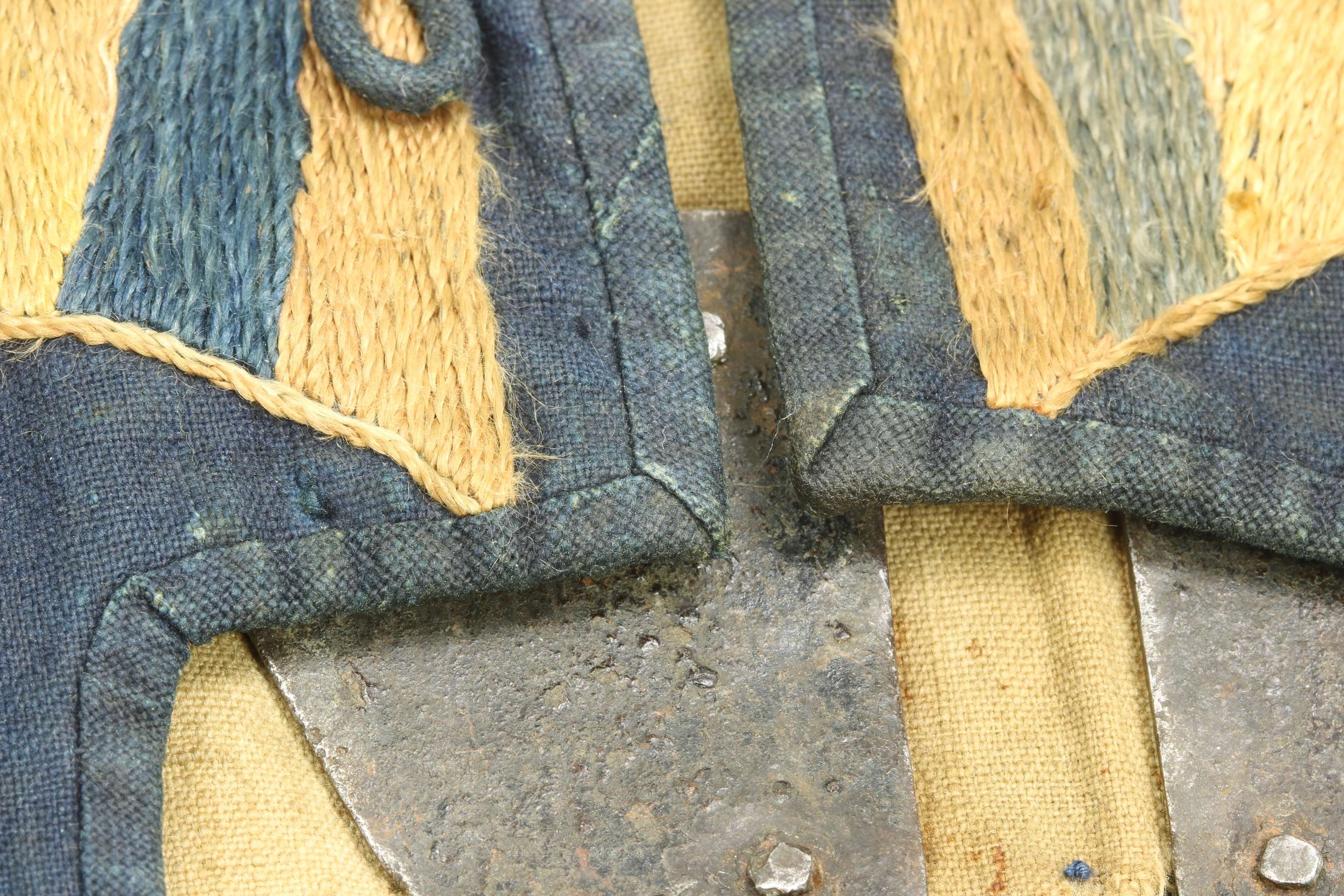