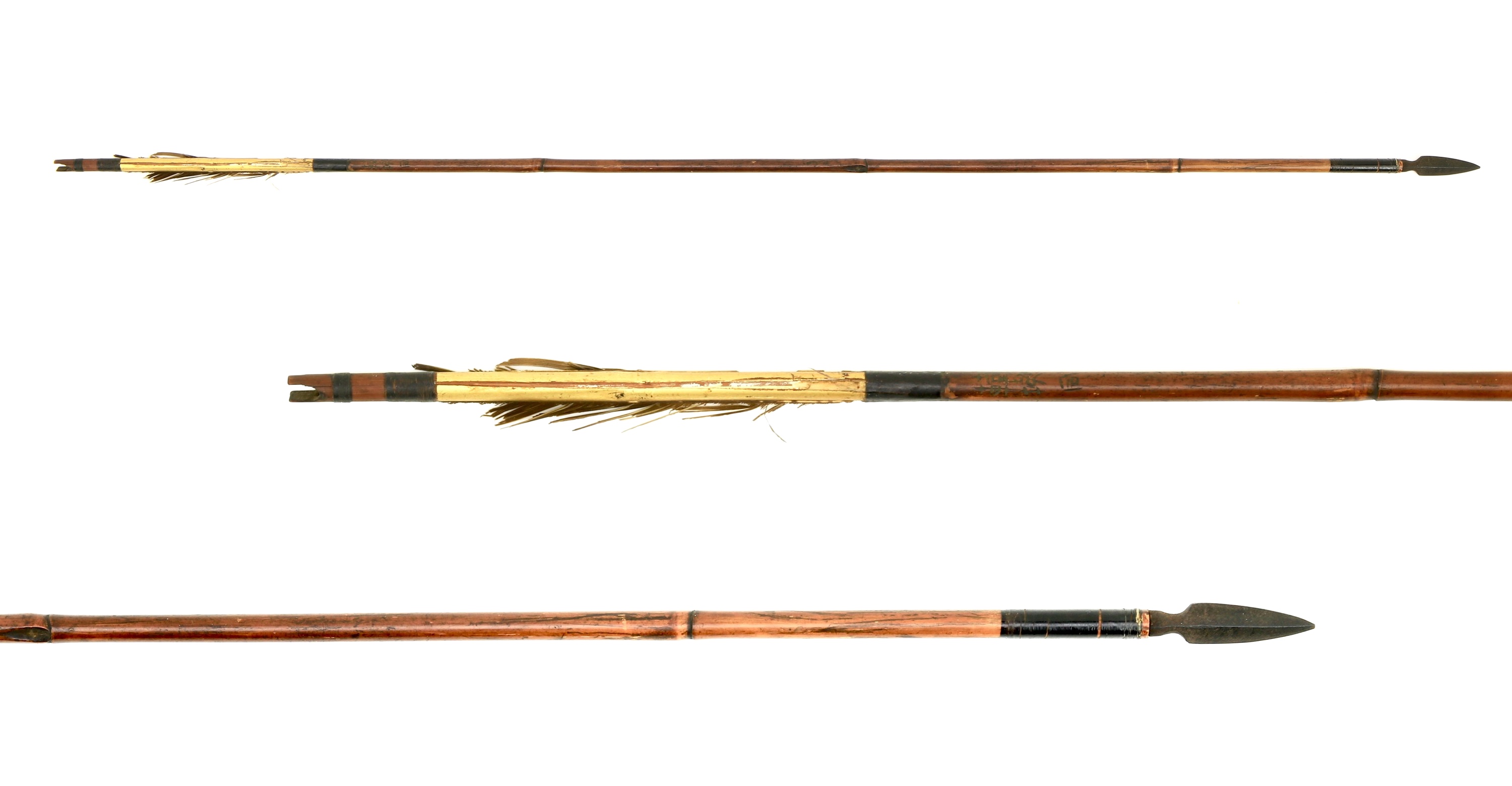 (A broad range due to a lack of comparables)

It has a relatively large arrowhead, double-edged and with a pronounced central ridge. The arrowhead is coarsely finished, still showing the file marks of the shaping.

It gives the impression of being unfinished, but we know from Qing records that the Manchus of neighboring Qing China deliberately left some arrowheads in this finish and let them rust naturally. Such arrows were used in the large game hunts, especially against tiger, and were said to make more terrible wounds.1

It has a bamboo shaft, dark in color either through a finish or natural patination. The tail end of the arrow is decorated with a golden lacquer finish and three fletchings held between two areas of sinew wrapping that was lacquered over.

The nock is a relatively deep self nock made for a fairly thick string. An unusual feature is that the arrowhead is mounted diagonally in relation to the nock alignment.

The arrow has markings on the shaft just ahead of the fletchings, carved into it in two different hands. 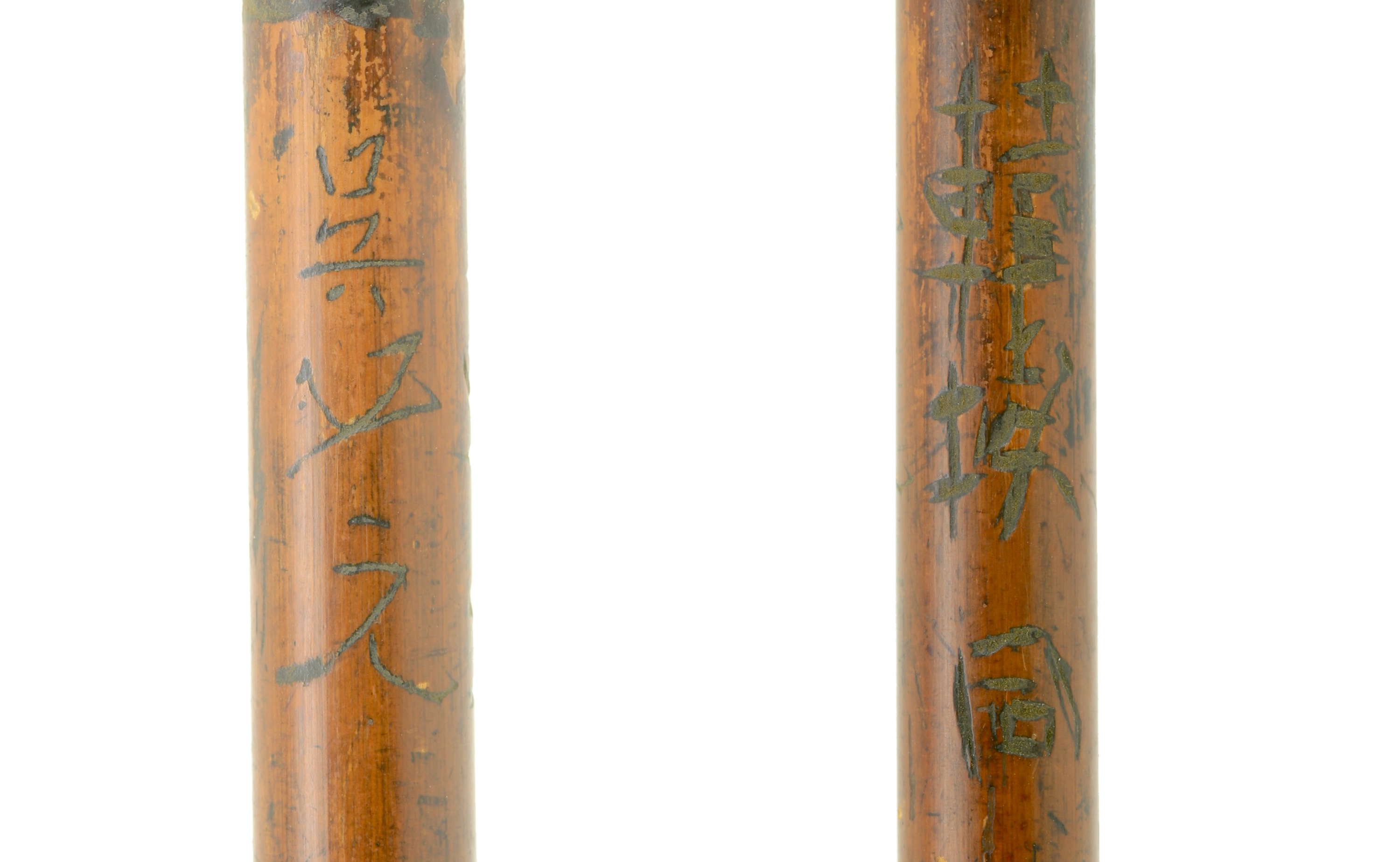 The markings are hard to read but are most likely names in a three-character format that was common for Chinese and Korean names.

The first marking starts with 呉, Korean O.
The second marking most likely starts with 韓, the Korean surname Han.

The given names are hard to read, especially the middle characters. They seem to end at 元 and 同 respectively.

When I first got it, I admit I was puzzled by this arrow. It was easy to assume it was Japanese, but a few things stood out, mainly size, nock construction, and the finish of the arrowhead that are all decisively non-Japanese. Also, the inscriptions bear no resemblance to known Japanese names.

The surnames are also used in China, but no aspect of the arrow bears any resemblance to known Chinese work.

Arrow size and nock size and construction are consistent with Korean arrows, and with the names also being popular Korean surnames, we arrive at the conclusion that the arrow is almost certainly Korean.

An incredibly rare type of arrow, most likely a Korean war arrow from the late Joseon dynasty (1392-1897). It is very hard to date because of a complete lack of comparables in museum and private collections.2 We do know that archery was practiced by the Korean military as late as the 19th century, and that they were generally more expert with the bow than with the musket and so war arrows were used from antiquity to as late as the mid 19th century.3