The Japanese kusarigama is a variation of the gama, a scythe-like weapon that was likely inspired by farming tools. The kusarigama adds a chain to either the back of the blade or the end of the handle (like on this example). The idea was to hit or entangle the opponent with the weight and chain and follow up with an attack of the scythe blade.

This kusarigama is a rather well-made example. The sturdy blade is signed on both sides.

It is secured to the wooden shaft with a bamboo pin called mekugi. The shaft itself is wrapped in shark skin and with an ornament with a longevity symbol on either side, made in shakudo (赤銅), a prized copper-gold alloy that is patinated to a raven black. The shaft is further strengthened with a number bands of blackened iron, one of which features a hook for catching a blade, much like the Japanese jitte (十手).

The grip section is wrapped like a Japanese sword would be, with silk over a silk brocade background with two metal ornaments, called menuki, under the wrap.

A long chain is attached to the pommel, with on its end a heavy conical weight with an octagonal base. The weight bears an inscription: 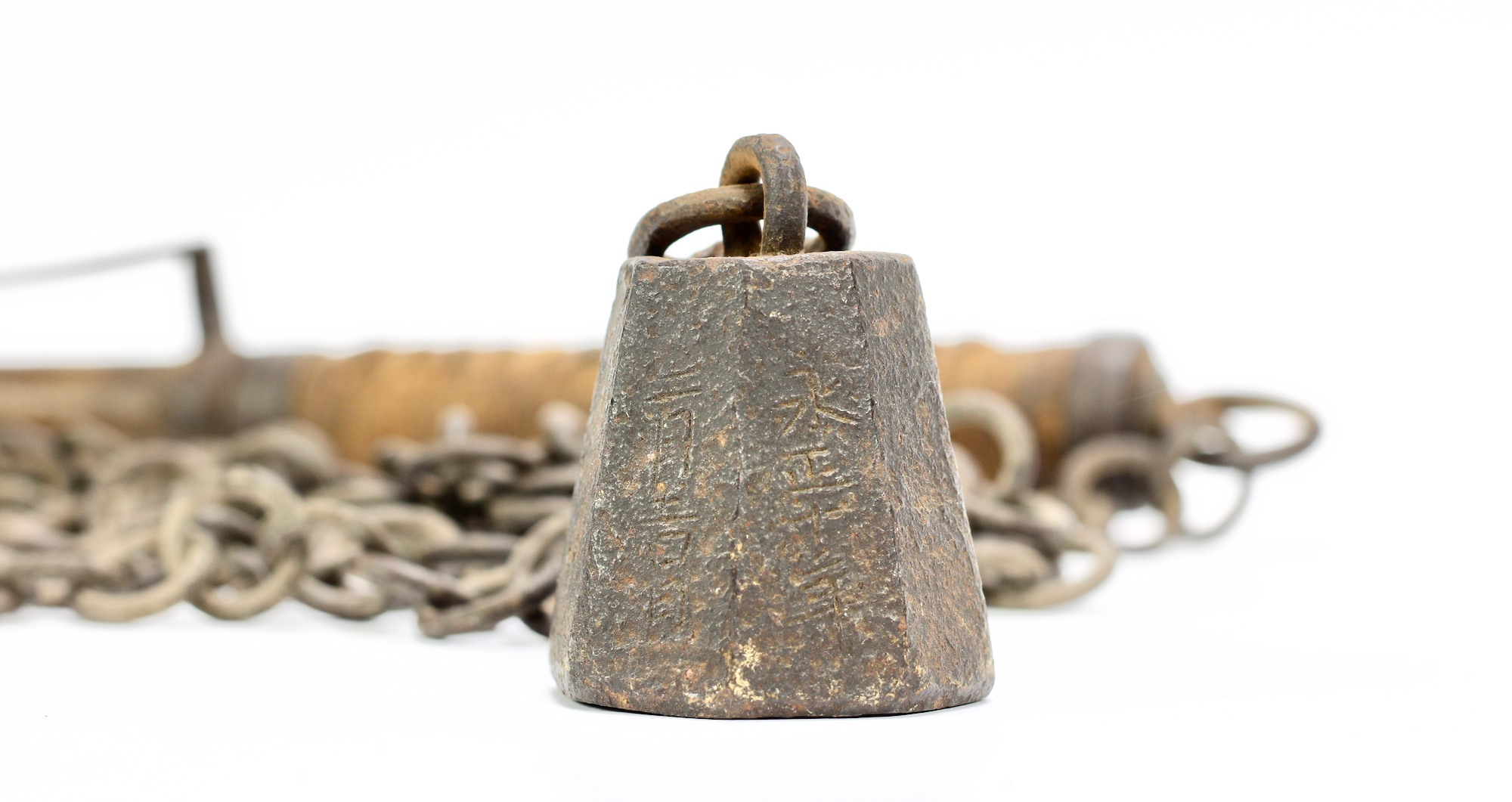 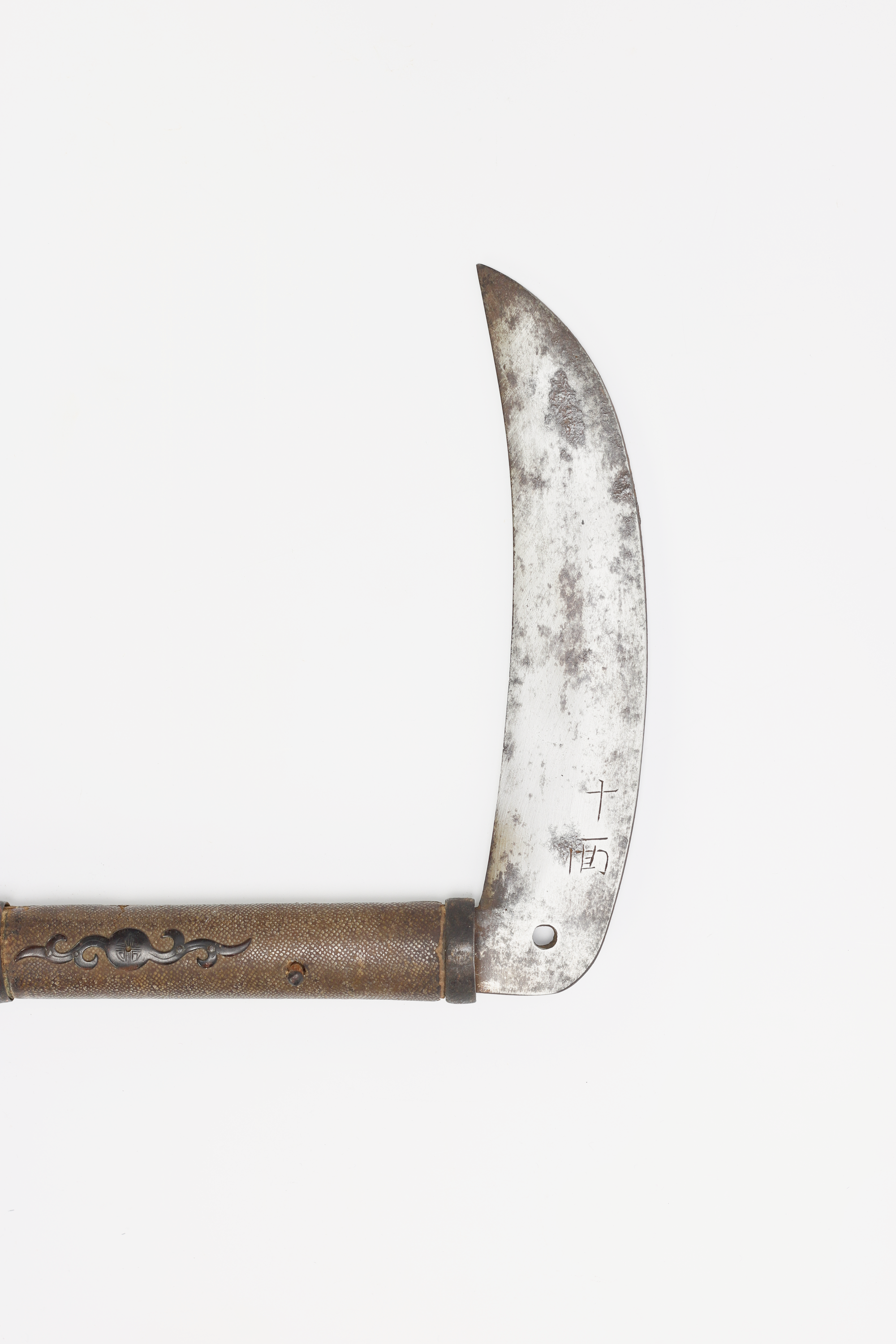 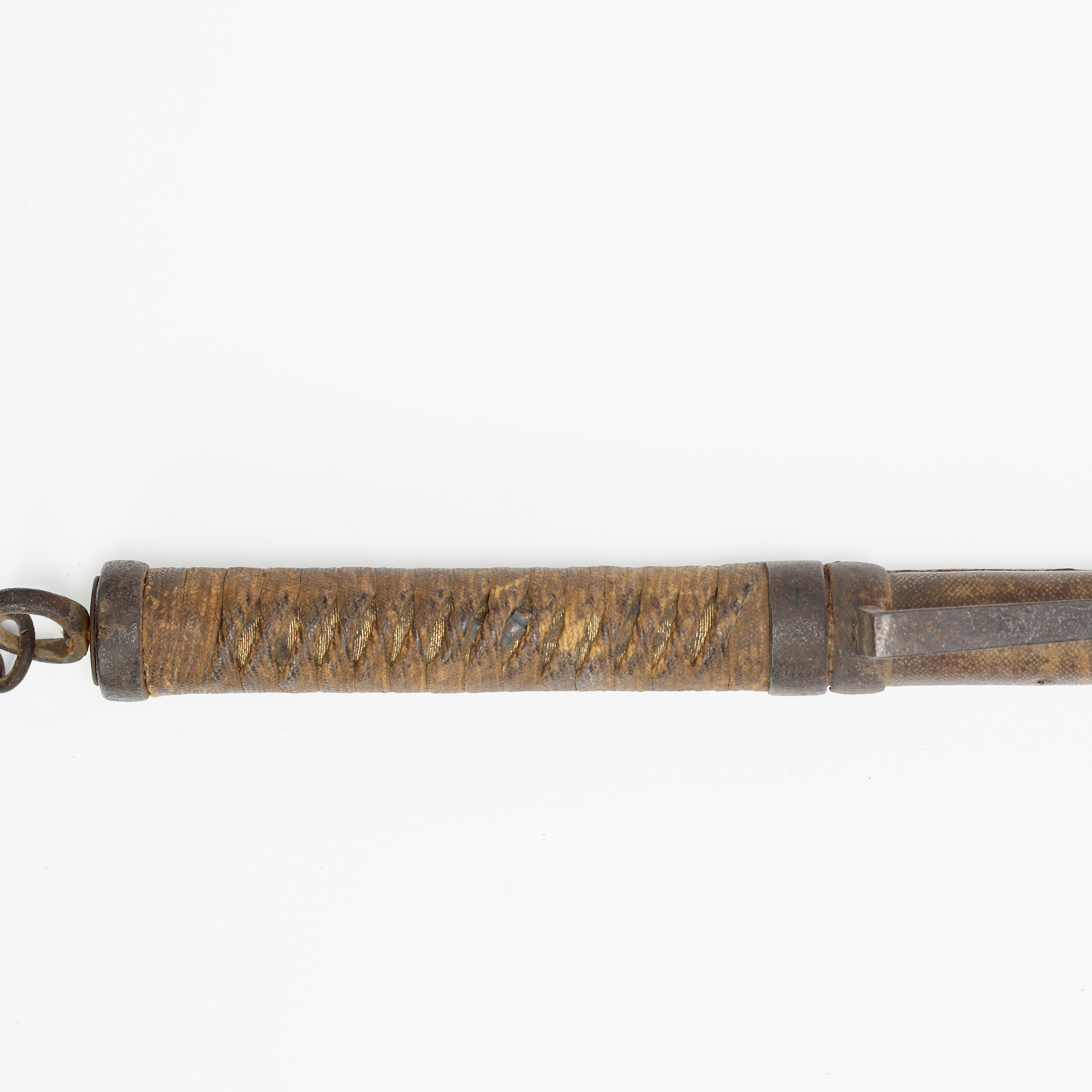 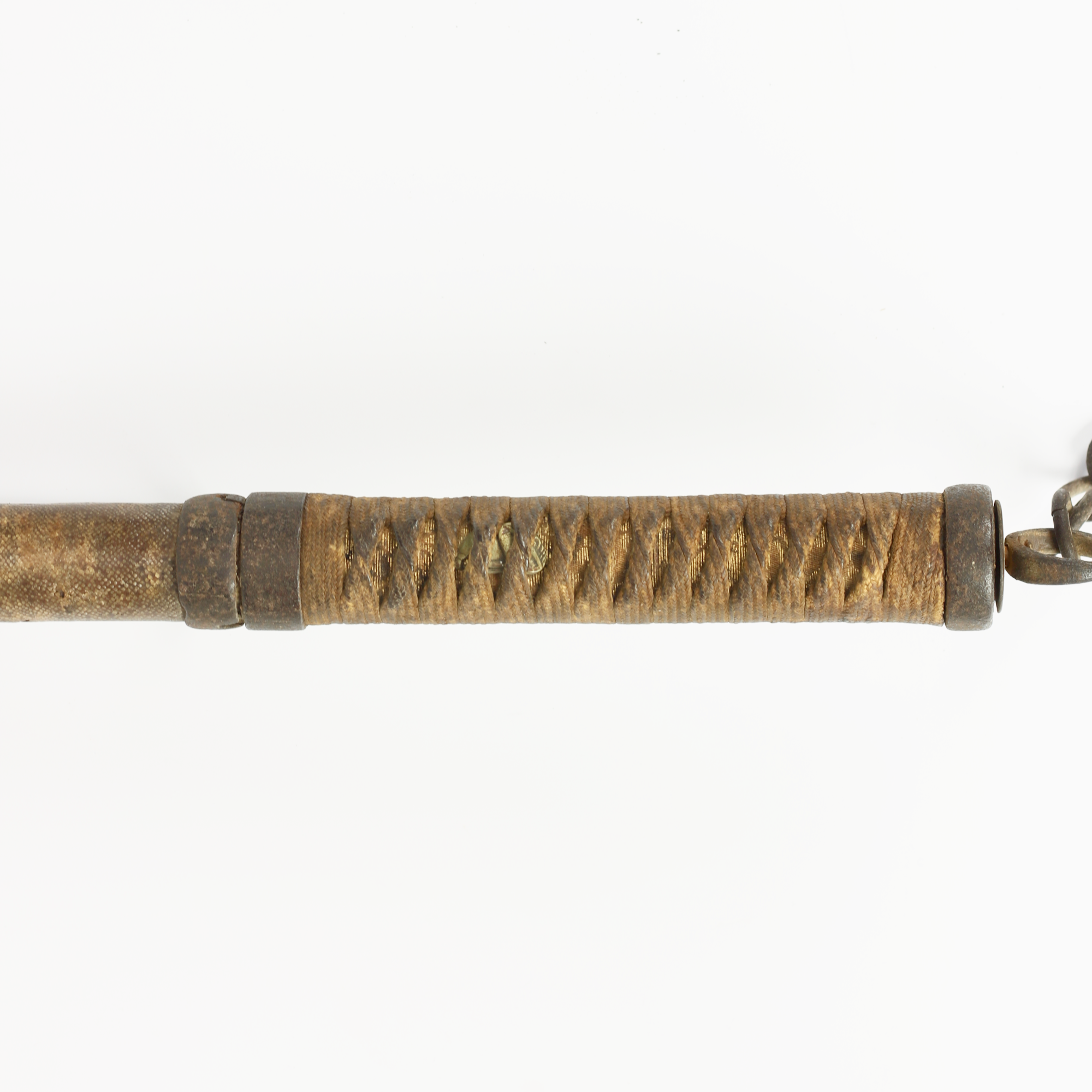 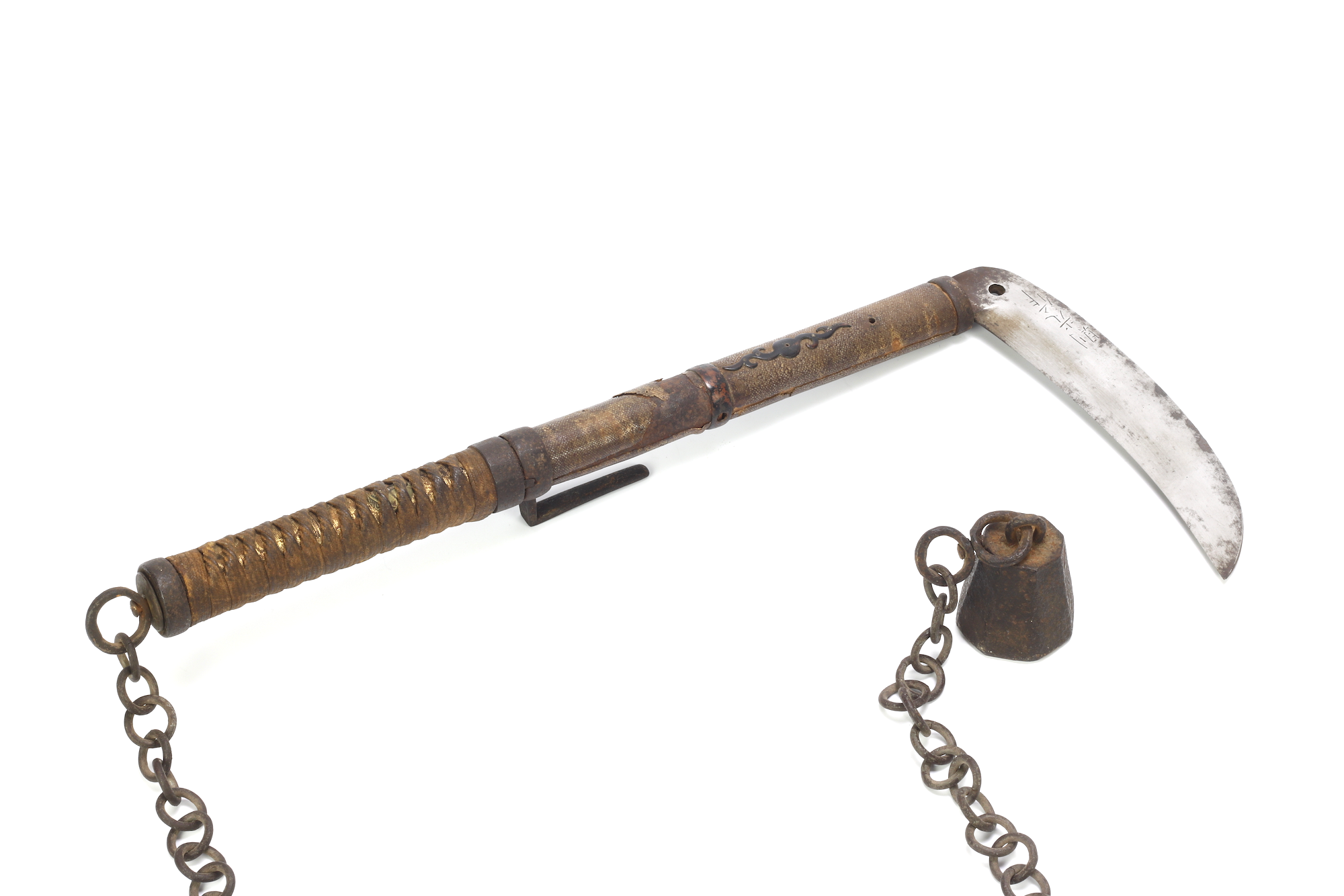 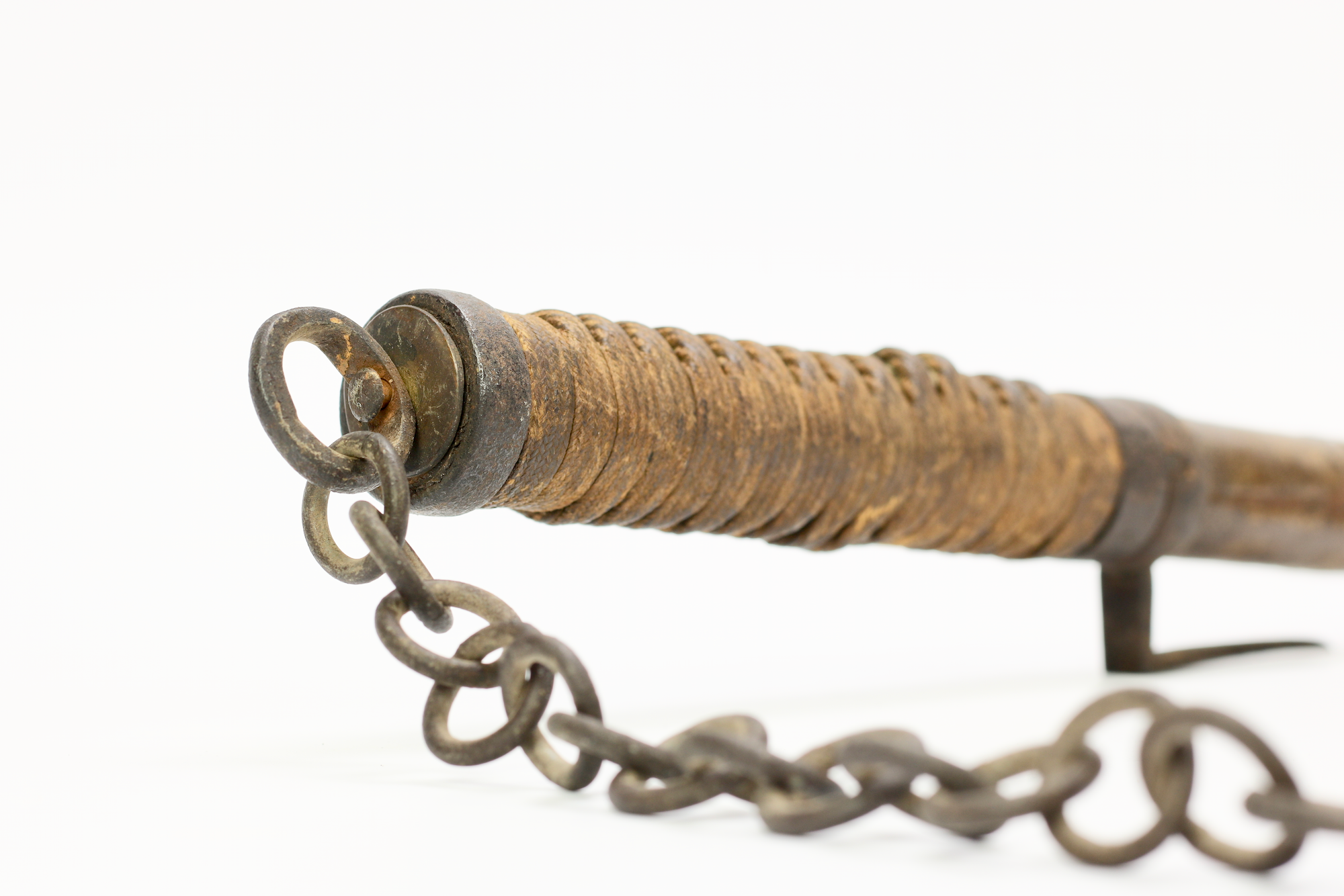 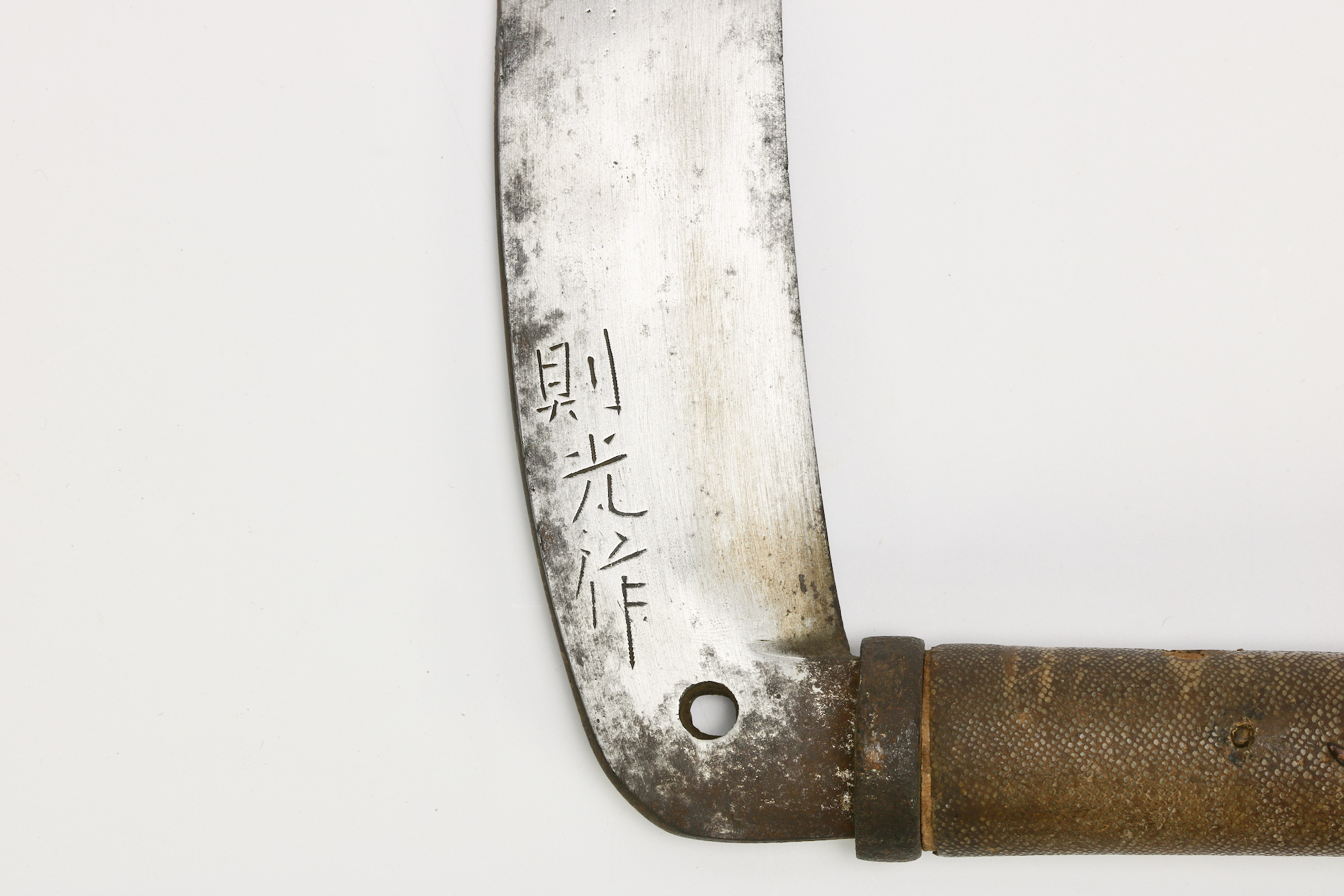 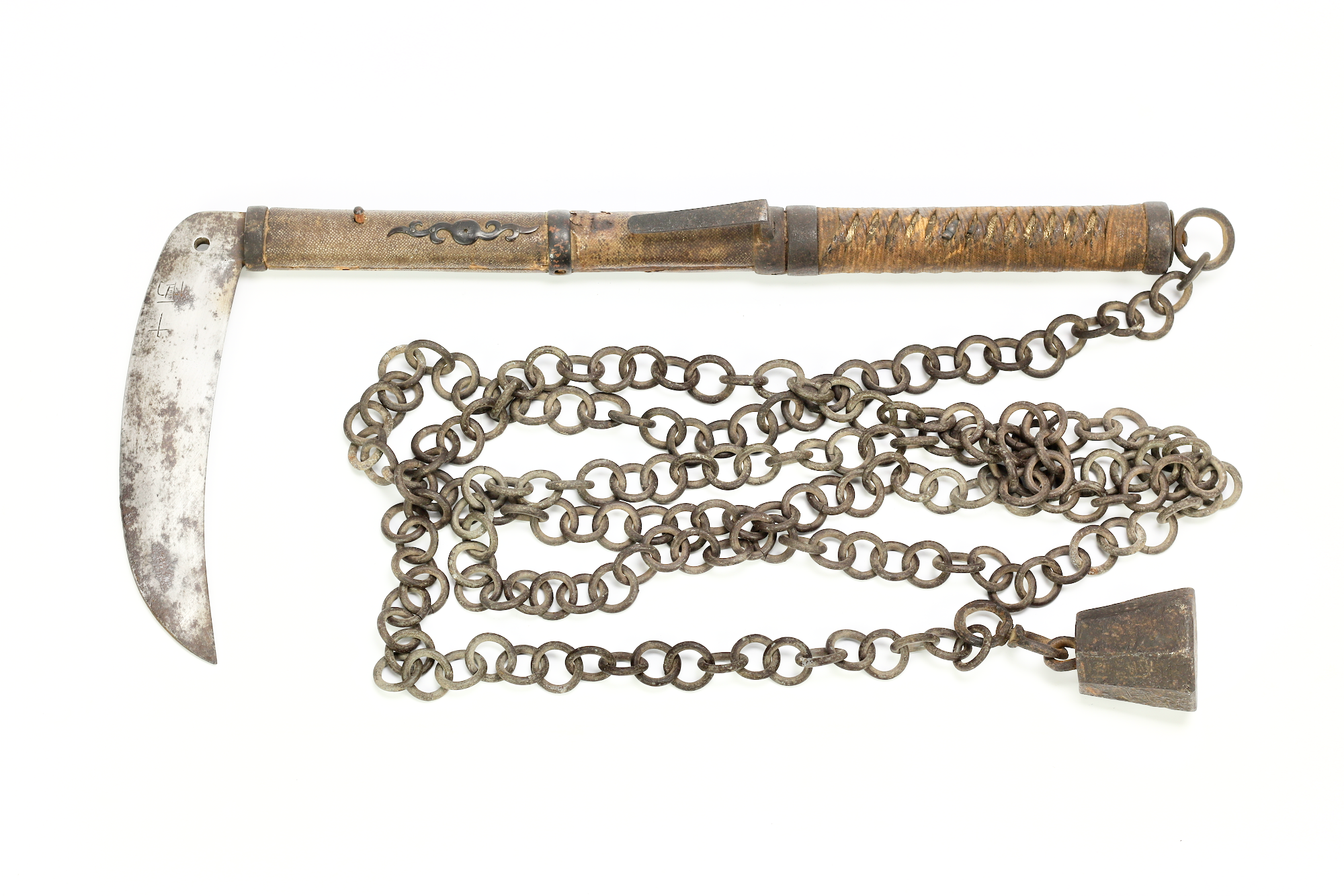