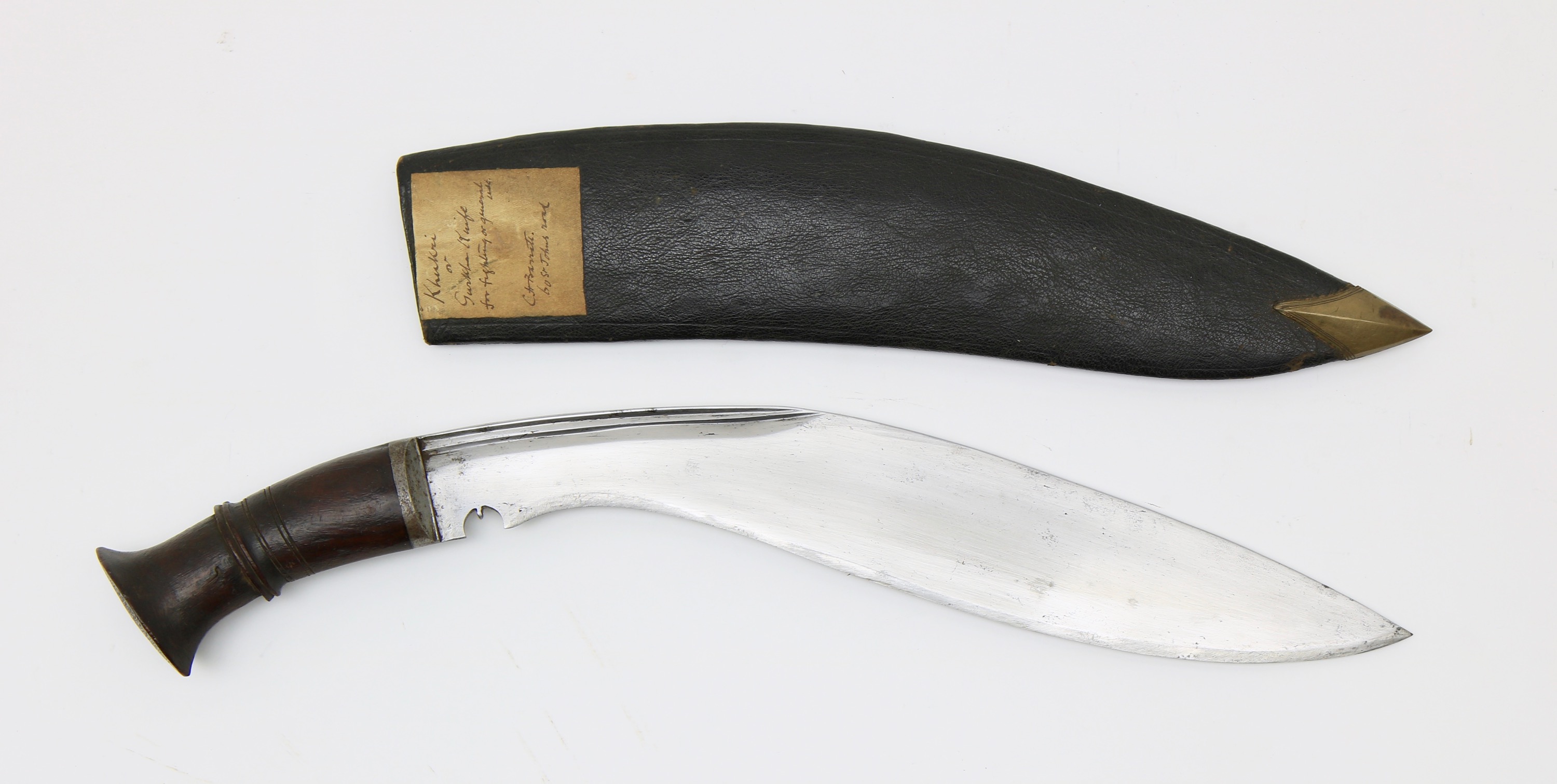 Narrowest at base 33 mm

A simple but rather nice khukurī. It has a very good blade, of rather pleasing proportions, and very well executed. The blade surface is in the usual mirror polish and reveals a rather tight forging. The narrow grooves running along the first portion of the spine are crisply executed forming a sharp ridge between the two grooves. Similar precision is seen on the ridge along the spine. The heavy piece feels lively due to clever distal tapering in the blade.

The hilt is connected to the blade by means of an iron bolster. The grip is carved of a single piece of wood. The pommel, often flat, is ridged on this example. A nice touch.

It comes with a simple but well-made wooden scabbard covered with fine, book binder's grade grained leather. It has a facetted chape made of brass.

Compare for example to the form of a khukurī in the Royal Collection Trust, accession number RCIN 11201. It was presented to King Edward VII, when Prince of Wales, during his tour of India in 1875-76 by Bir Narsingh Kunwar, Maharaja Jung Bahadur Rana [Prime Minister] of Nepal. It is of deluxe materials, with a full ivory hilt, but otherwise almost identical to this example.

Blade in excellent condition, still sharp, no edge damage. Hilt also in very good shape, without the common damage on these like longitudinal splits or chips out of the flaring pommel. Scabbard in good shape, both edges intact. Some minor damage here and there. The pockets on the back that once held additional tools are lost.

The piece comes with pieces of paper pasted on by what appears to be a dealer. 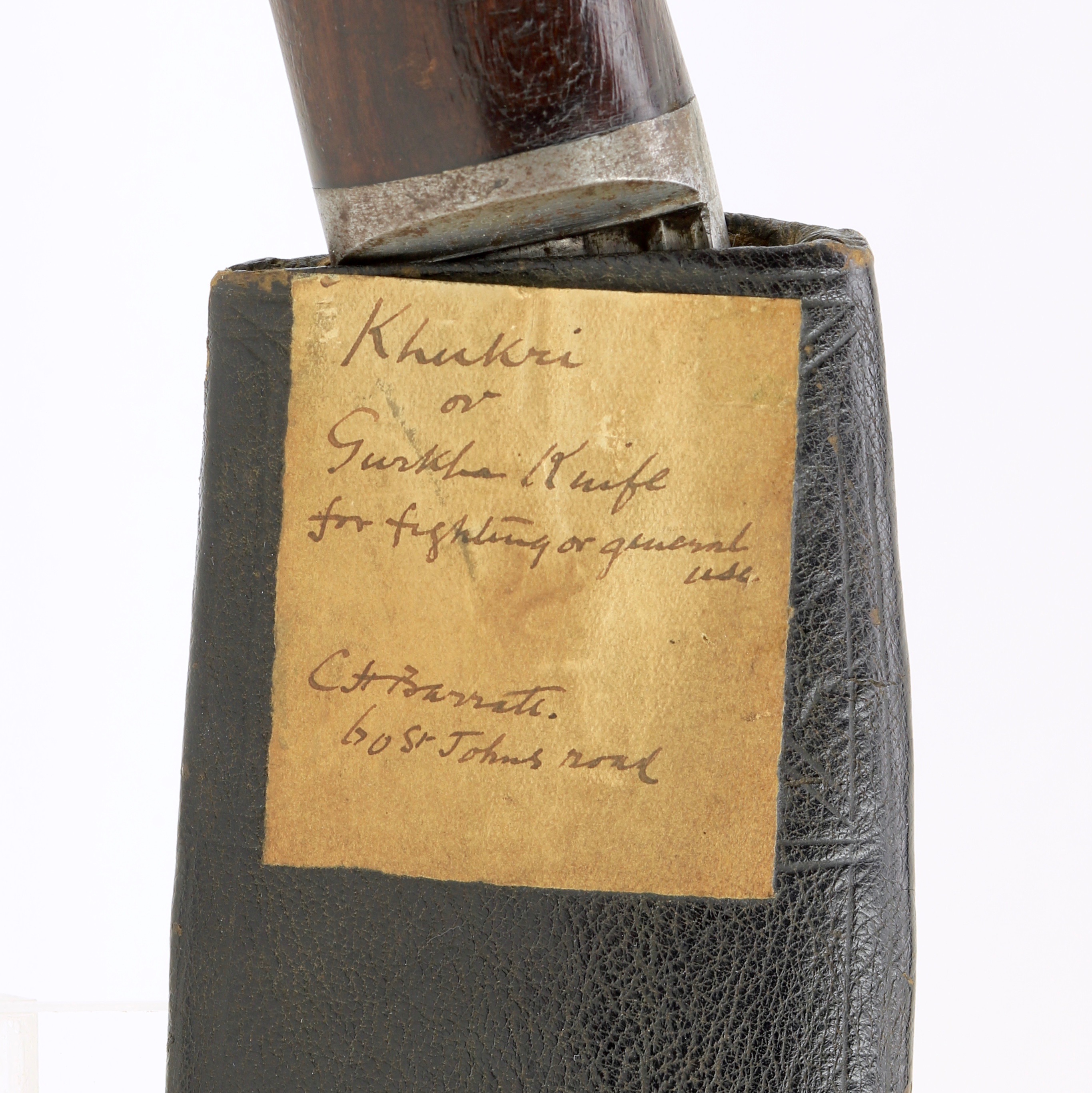 The piece of paper on the scabbard says, in old handwriting;

for fighting or general use

On the left side of the grip is a smaller pricing sticker saying:

I haven't been able to find this particular antique dealer. Unfortunately the currency mark has faded, so we don't know whether these are dollars, pounds, or something else. There are many St. John's roads, including in London.

The fact that the seller omitted a place name is a hint. It is indicative of the habits of people in larger metropolitan cities, so London is likely.

The price is also a hint. London based dealer W.O. Oldman listed a fine kothimora khukurī for only £3,- in his Catalogue of Ethnographical Specimens No. 99, Vol. viii of June 1910. This piece being offered at 55 dollars or pounds indicates it's probably several decades after that, and the style of handwriting seems to confirm a rough mid 20th century dating for the dealer label.

For the connoisseur that can look past the simplicity in execution, this is a good khukurī with a very nicely executed blade, in near excellent condition. It retains old dealer labels which I retained for the sake of preserving the history of the piece, but unfortunately, living in 2020, I had to raise the price somewhat!

A nice example of what a good 19th century khukurī blade can be like. 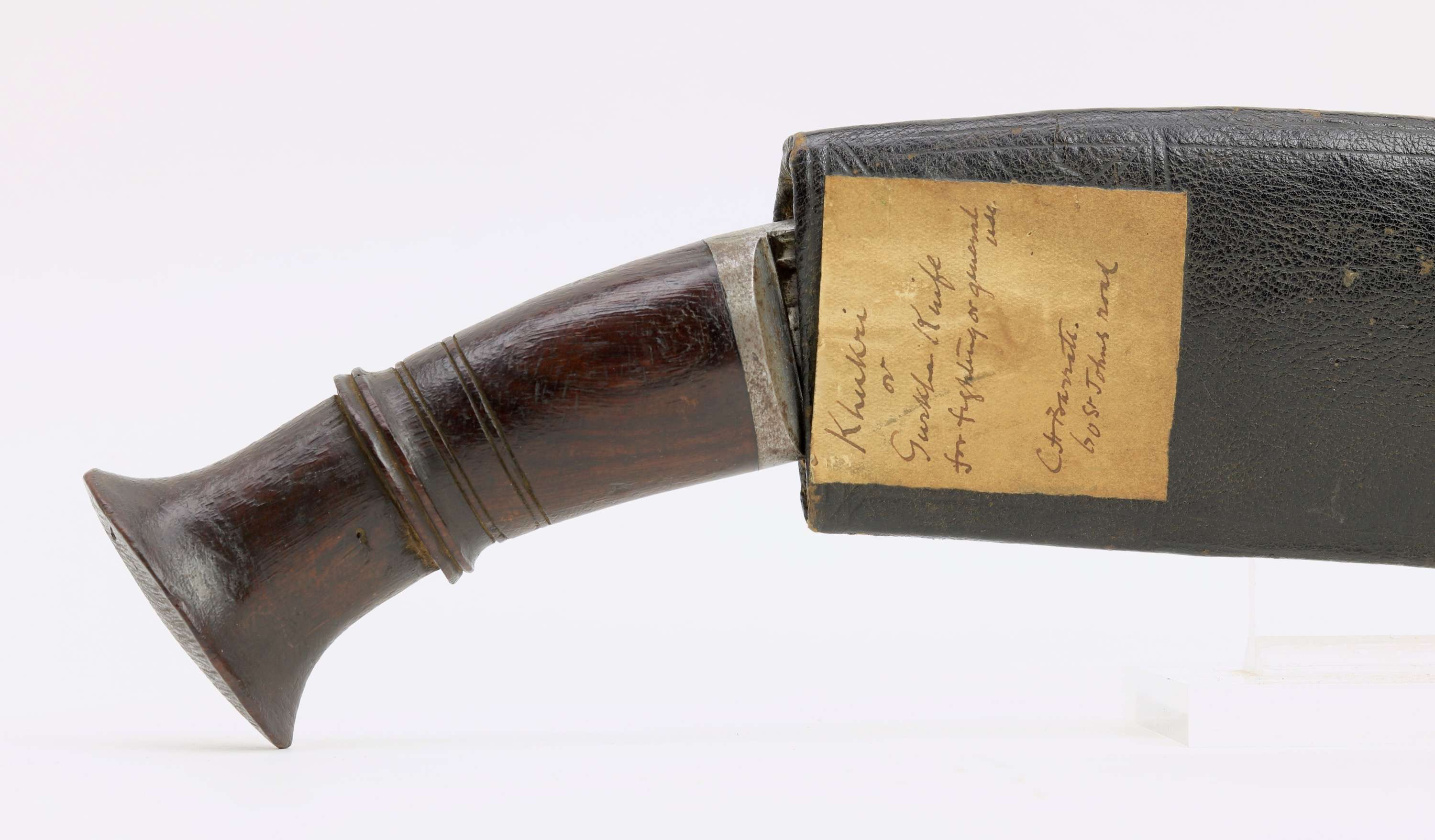 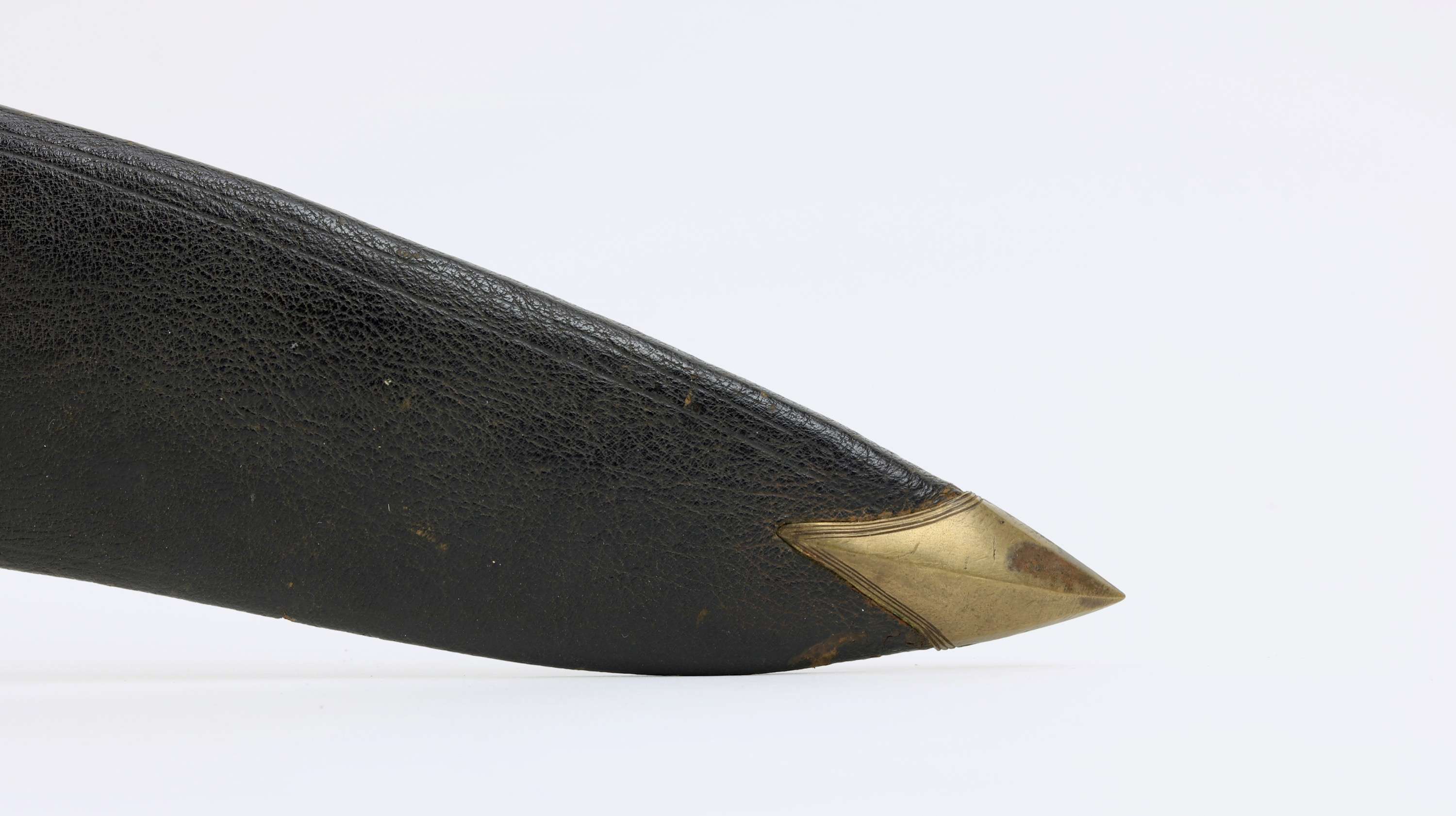 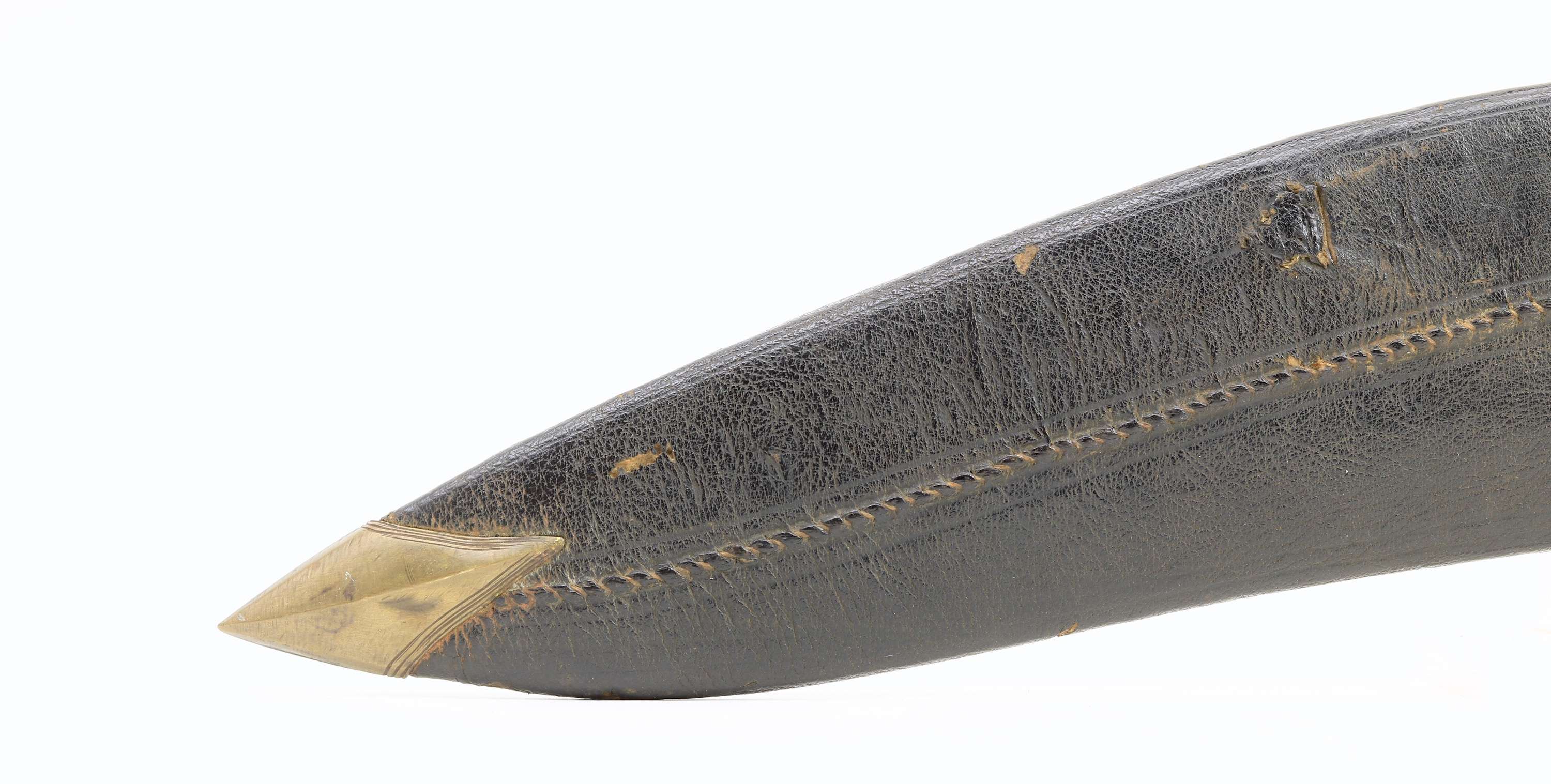 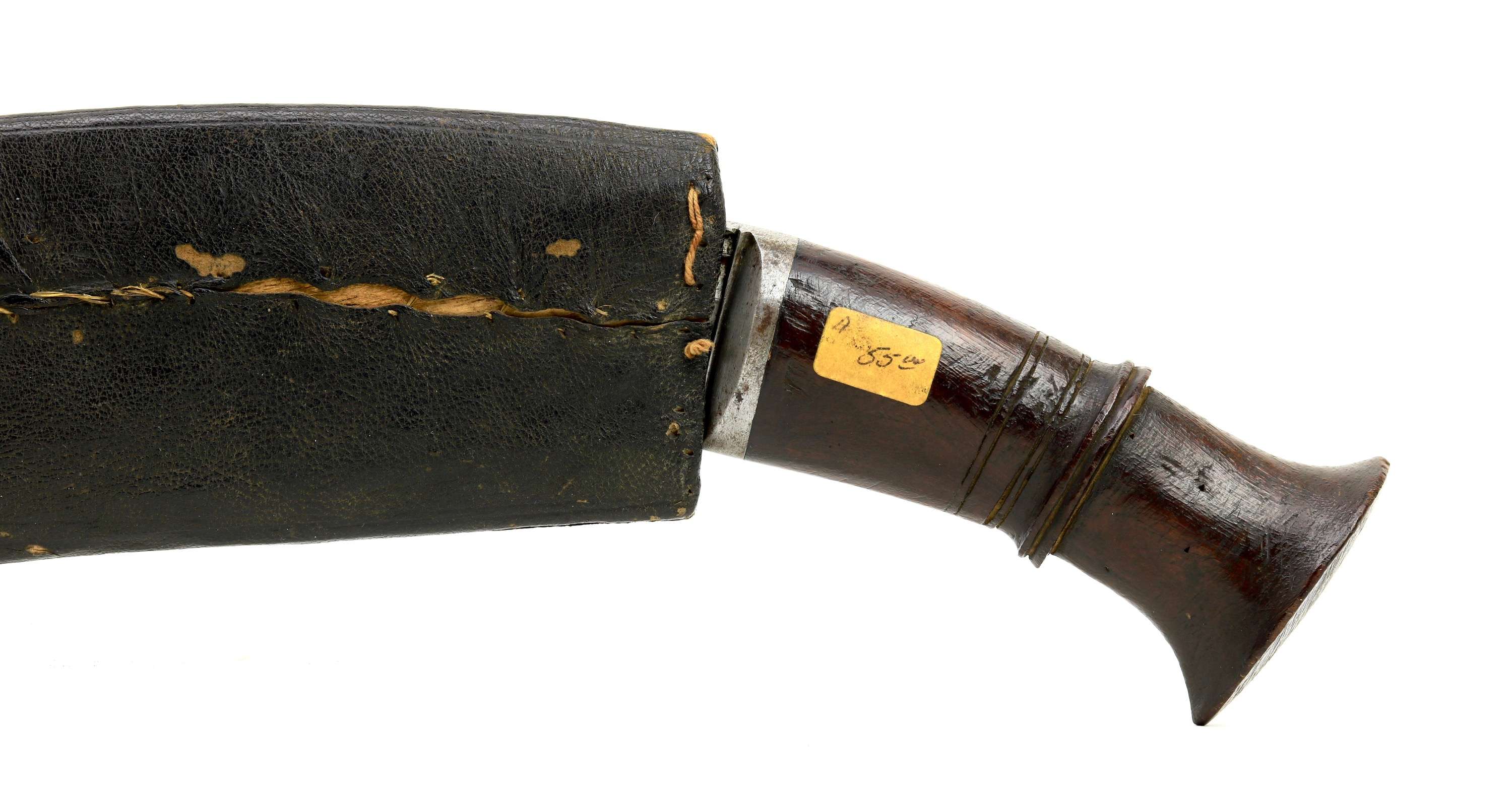 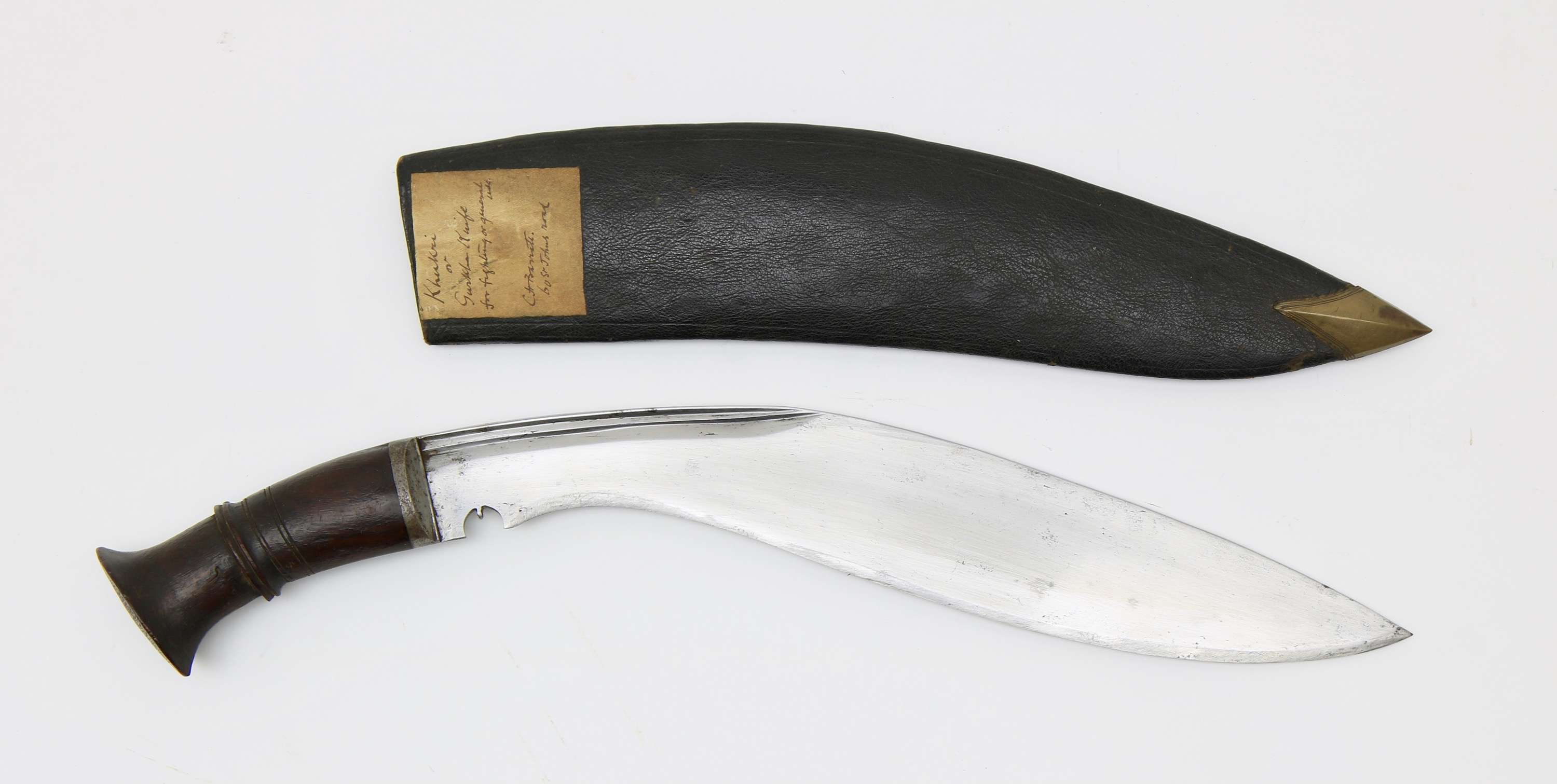