Most Vietnamese sabers, guõm, on the market today are the ceremonial pieces carried by a Mandarin's retinue in the Nguyễn dynasty (1802 - 1945). They are often lavishly decorated, but usually feature light, unhardened, purely ceremonial blades.

Pre-Nguyễn dynasty pieces in any quality or condition are quite rare, let alone highly decorated ones with blades made for actual use, such as this one.

A very fine Vietnamese officer's saber of the 18th century. Of excellent quality and condition, it is unique in several ways:

Blade
Of gentle curvature, with a facetted cross-section and well-defined ridge line on either side reminiscent of Japanese swords of shobu zukuri. Unlike the Japanese variant, the ridge on this one terminates in an upward sweep a few centimeters before the tip. You see this effect on Japanese naginata, but it's not common on their saber blades. The style is more akin to what you see on some Korean and Chinese sabers with ridged cross-sections. There is a brass sleeve, similar to Chinese tunkou at the base of the blade, engraved with stylized clouds.

The bevels and ridge lines are very precise. The flat facets of the blade deserve special mention: when glancing over their surfaces they show no lumpiness whatsoever, a small detail for some but the true connoisseur of Asian swords will appreciate just how rare this is, and the amount of work and skill it must have taken: Its quality equals the best of Chinese and Japanese work. No cracks, nicks, or forging flaws. Some minor pits here and there. It has an inserted high carbon plate exposed at the edge, sandwiched between layers of softer forge folded steel. Above the hard edge plate you can observe the cloudy effect of the differential heat treatment, consisting of crystalline particles in the steel. The forging is subtle and understated so it was hard to capture its true beauty in photo's, although I have surely tried.

Hilt
Mounts of meticulously worked copper with silver overlays, mostly intact, save for some small areas and bigger losses at the side and the back of the pommel as depicted in the photographs. The substantial copper guard with thick silver rim has ornamental cutouts, reminiscent of the apertures in Japanese tsuba.1 The decor is done in silver overlay on a copper background dotted with stamps. The theme is mostly floral in nature but a most striking feature on the handle side of the guard are the two demon heads, or kīrttimukha, also known as "Faces of Glory". Such demons feature widely on the art of Tibet, China, India and Indonesia and are auspicious symbols that were believed to ward off evil.2 Compare for example with the pommel on a magnificent Sino-Tibetan sword in the Metropolitan Museum, New York, accession number 1995.136.

The handle is straight and without taper, of polished black horn, of octagonal cross-section, fitted with thick pommel and ferrule of the same cross-section. Neither myself nor Philip Tom are aware of the existence of another Vietnamese sword with a hilt like this.

As for decor, the ferrule features more traditional Vietnamese floral motifs on each of its facets, again in silver over a copper base. The pommel looks similar but hides two more kīrttimukha hidden in its floral motifs, one on either side. Some silver is lost on one facet of the pommel, and to its back, revealing how the work under the overlays is as fine as the final finish. This is reminiscent of lost overlay on Sinhalese knives that show similar attention to the underlying detail.

Hilt
It comes with a scabbard made of precious wood, huanghuali, with sturdy but simple mounts in brass. Together with the well-made, fully functional blade one gets the impression the scabbard is made for field service: With no fragile fittings or inlays to take damage while on the move. The sword was probably worn thrust through a belt or sash, edge up, ready for a pull followed by an immediate downward strike.

A very fine and rare Vietnamese officer's sword of the 18th century. It has a fully functional blade exhibiting an unusually high standard of workmanship. The quality and style of the hilt remain without comparison neither in private or museum collections of Vietnamese arms that I am aware of.

1Such openings were originally meant to accommodate a knife and hairpin-like implement, the kogai and kogatana that fit into either side of the scabbard of some Japanese sword. They were widely copied in Vietnam purely as a decorative element.

2"According to one story, the kīrttimukha was a lion-headed demon created by the supreme Hundi deity, Shiva, and served both as his door-keeper and as a manifestation of his divine power. The kīrttimukha motif spread with the expansion of Hinduism and, like many other aspects of Hindu belief and art, was eventually incorporated into the Buddhist tradition and widely disseminated by it. In both religions it symbolizes the beneficence of divine authority and protection from spiritual and physical dangers. The kīrttimukha was used ubiquitously as an auspicious signs to ward off evil" 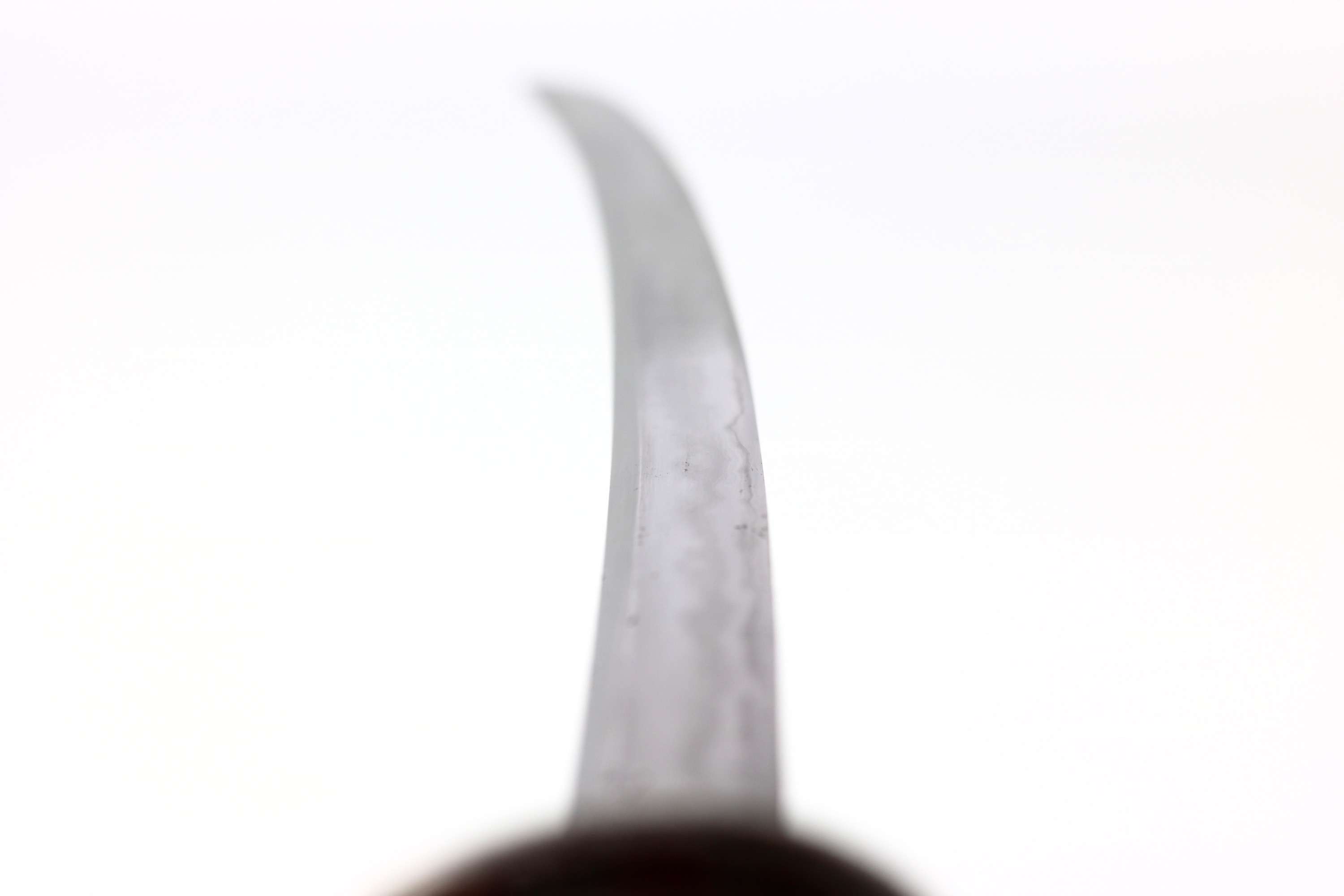 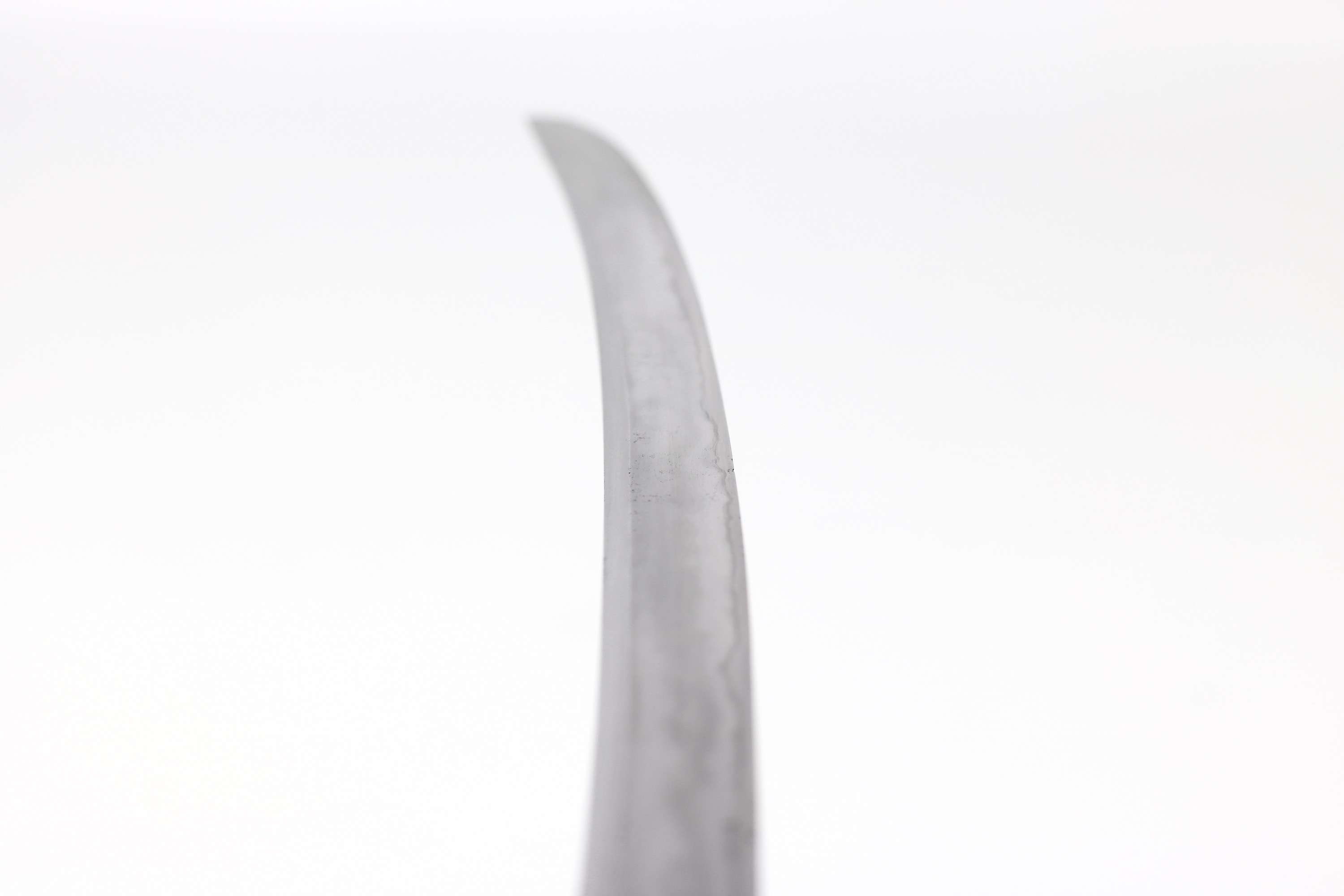 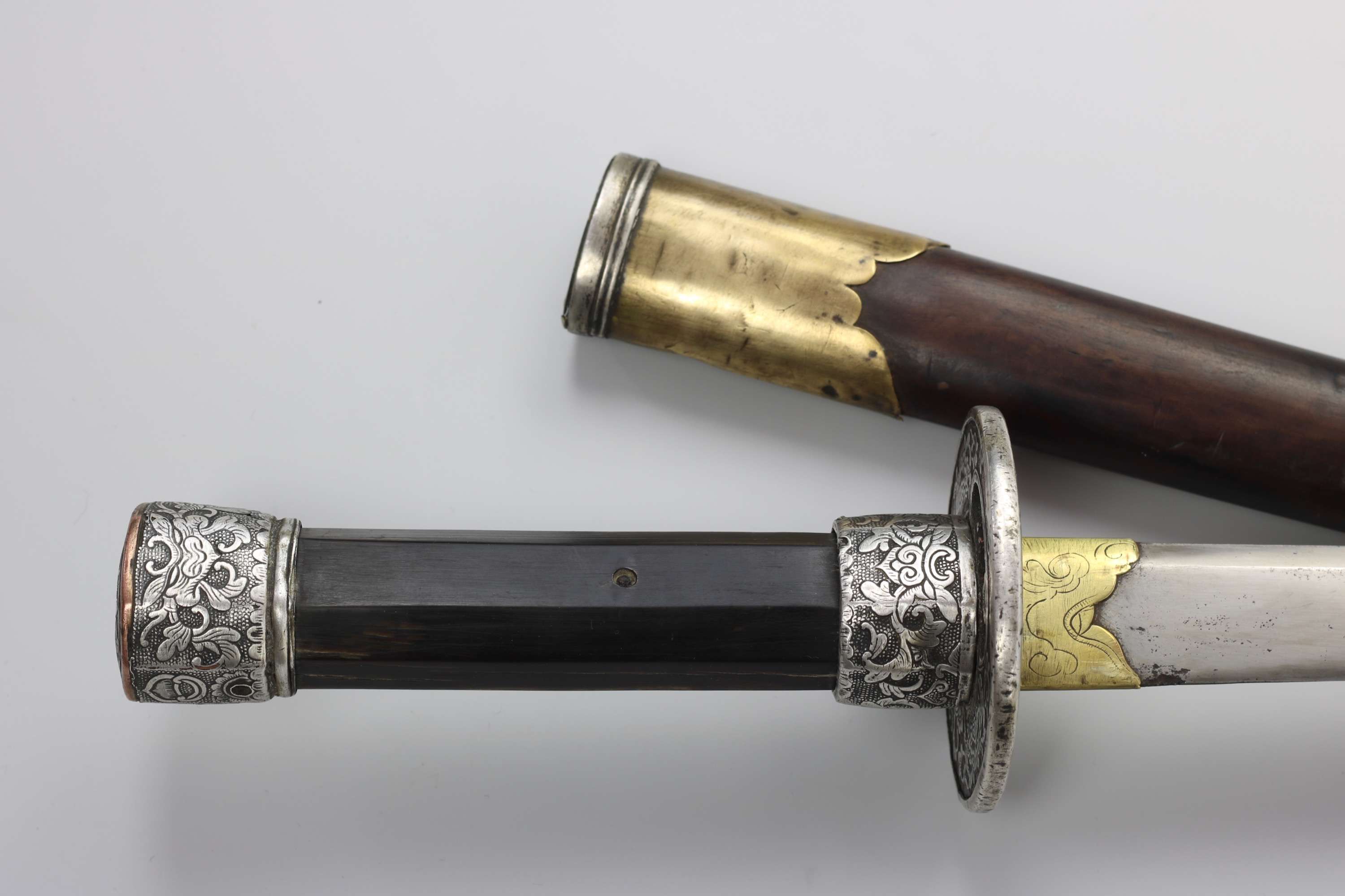 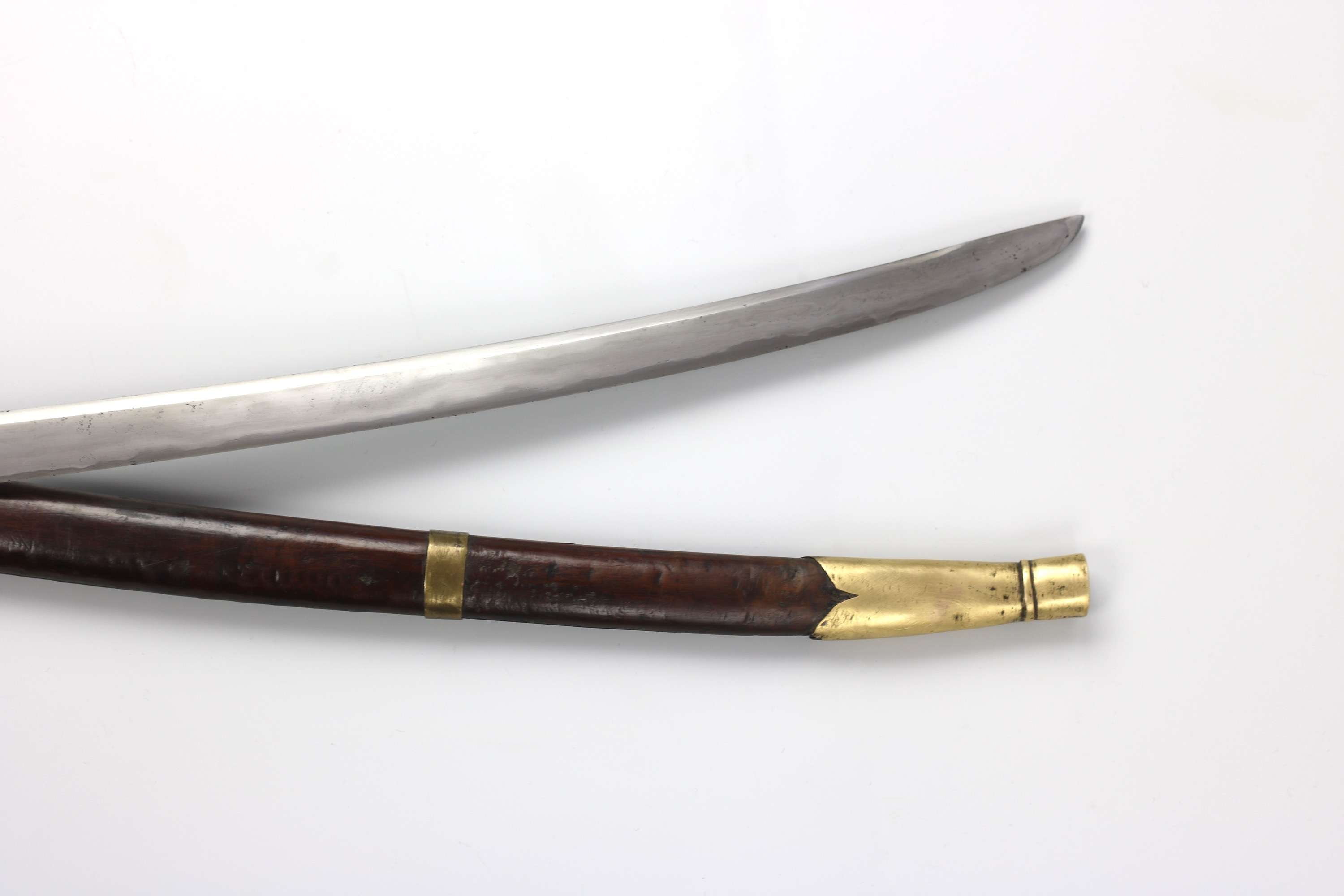 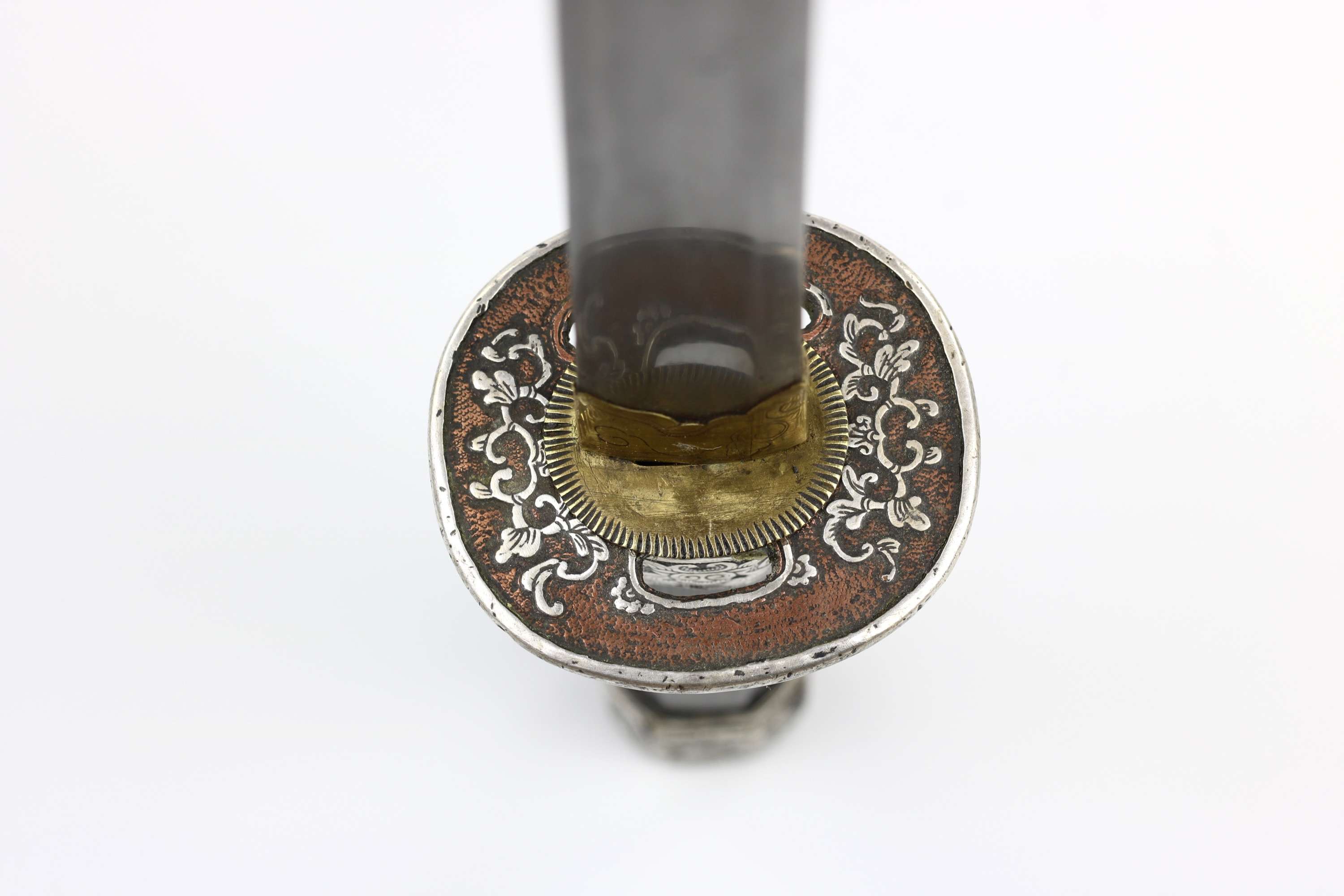 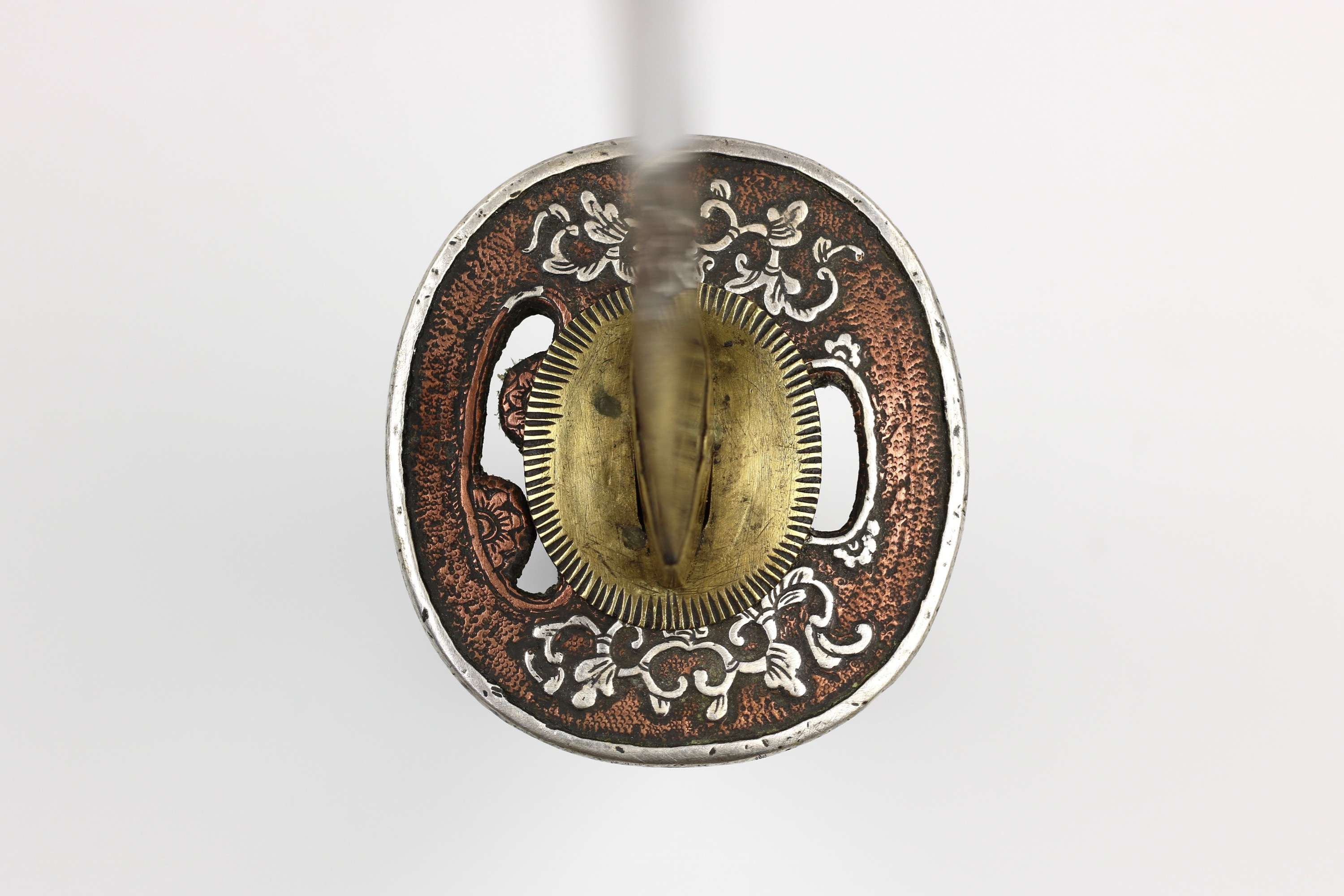 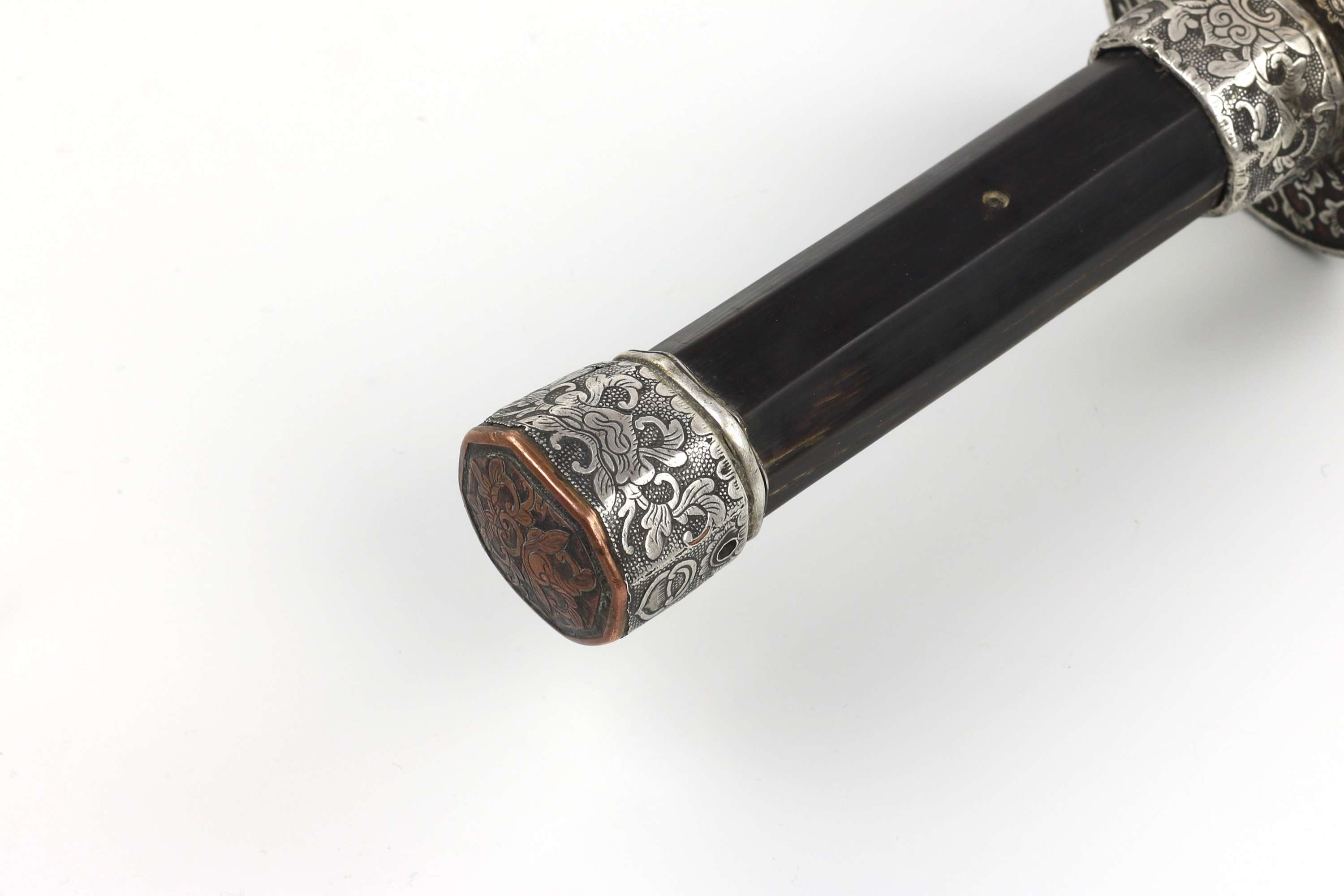 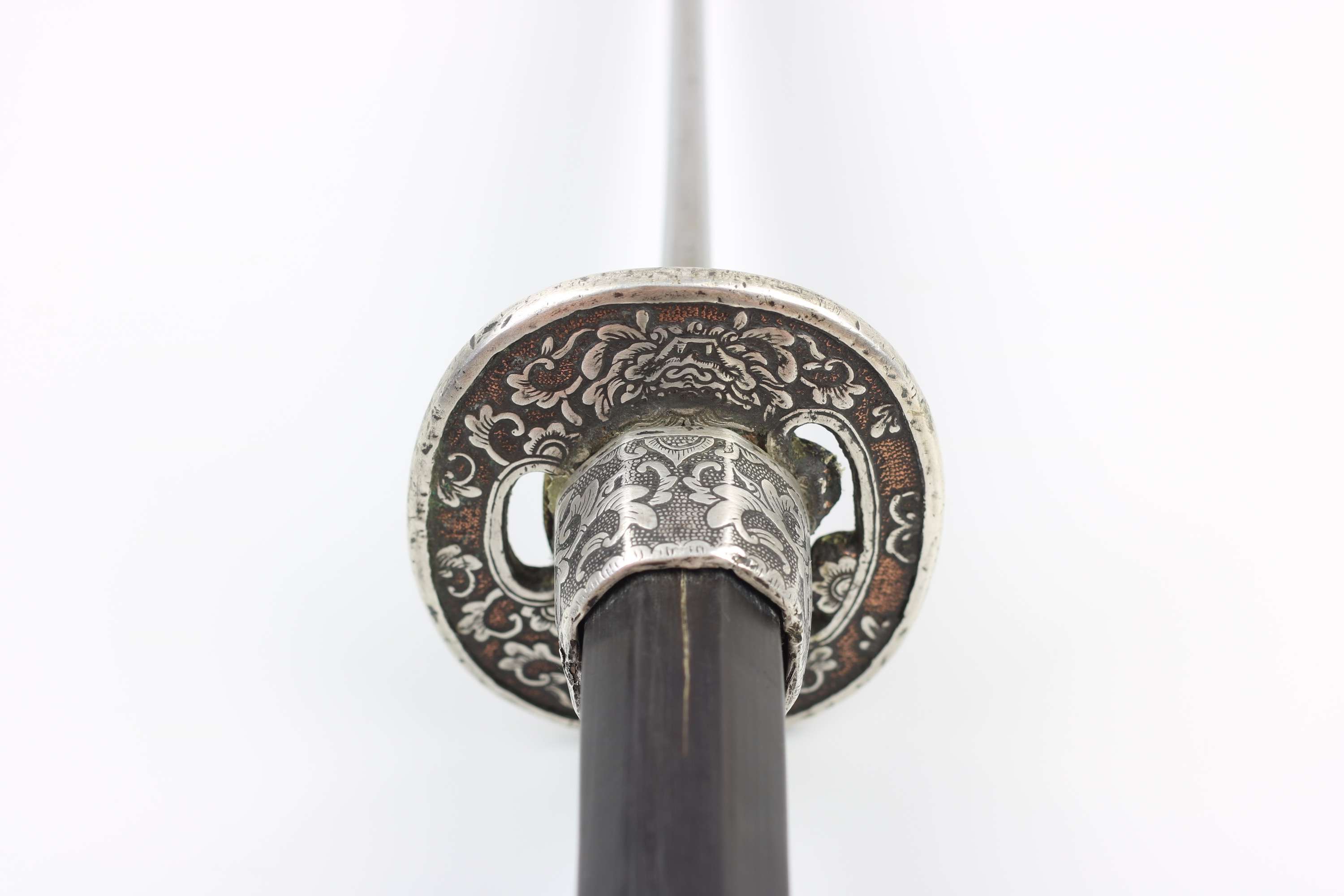 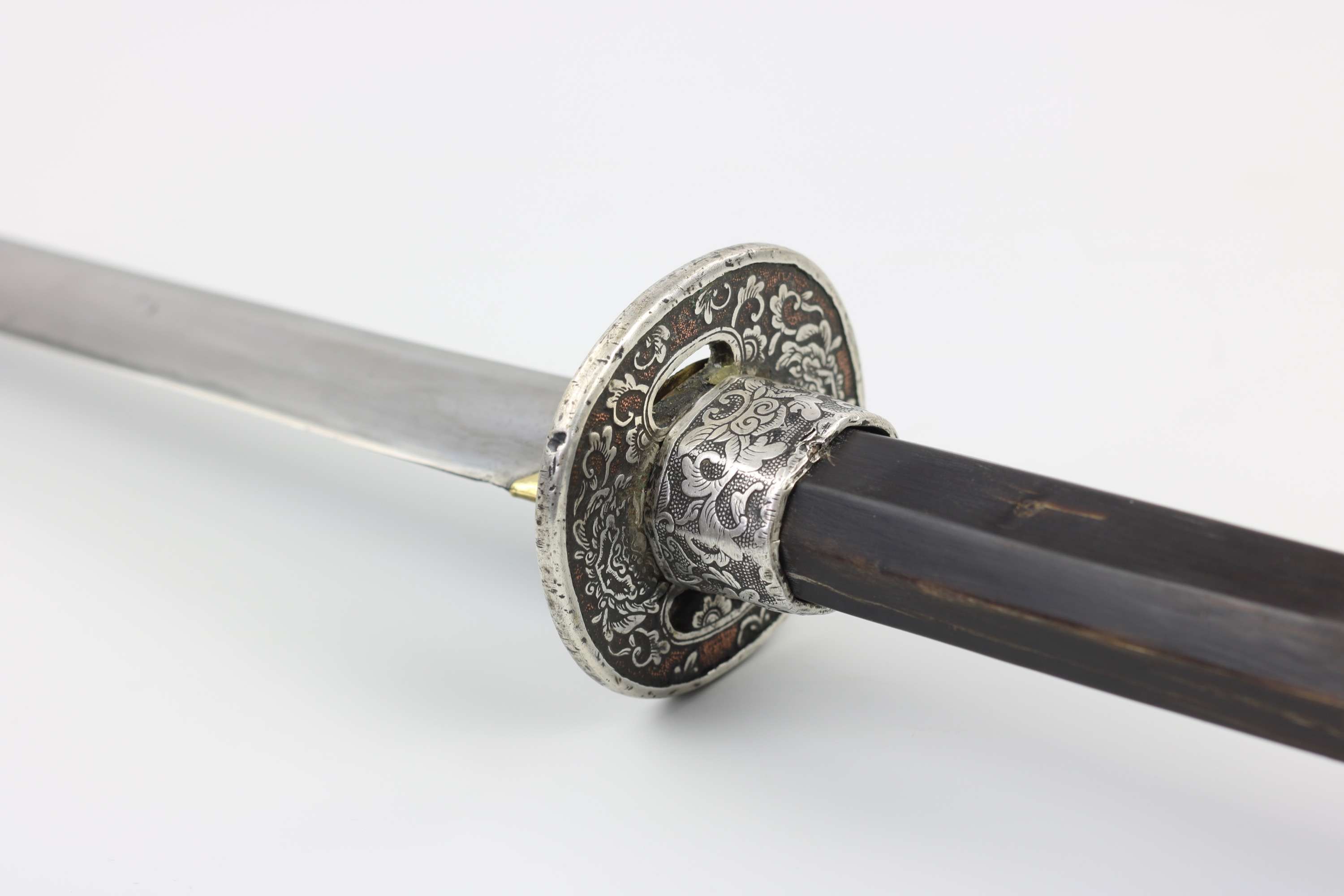 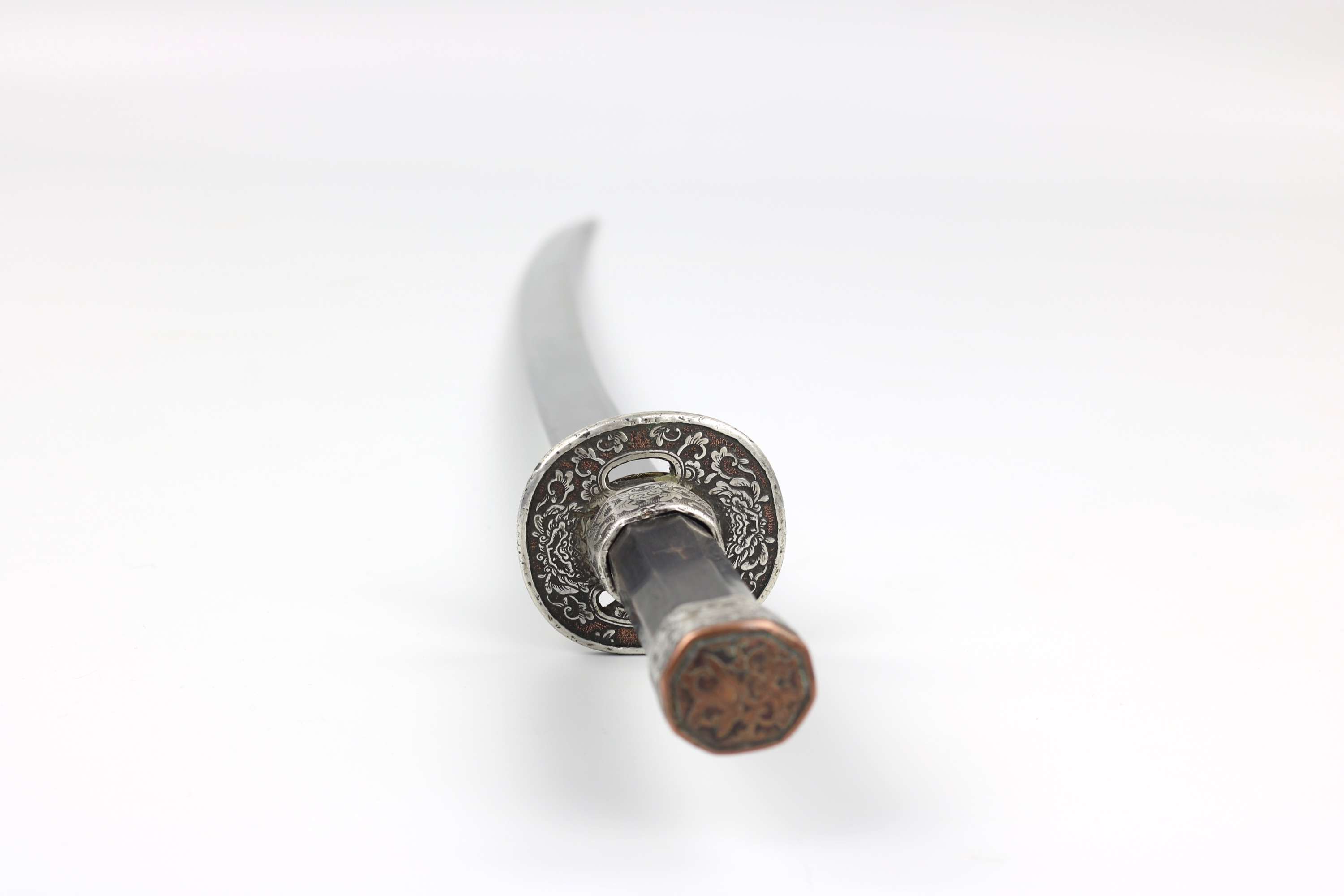 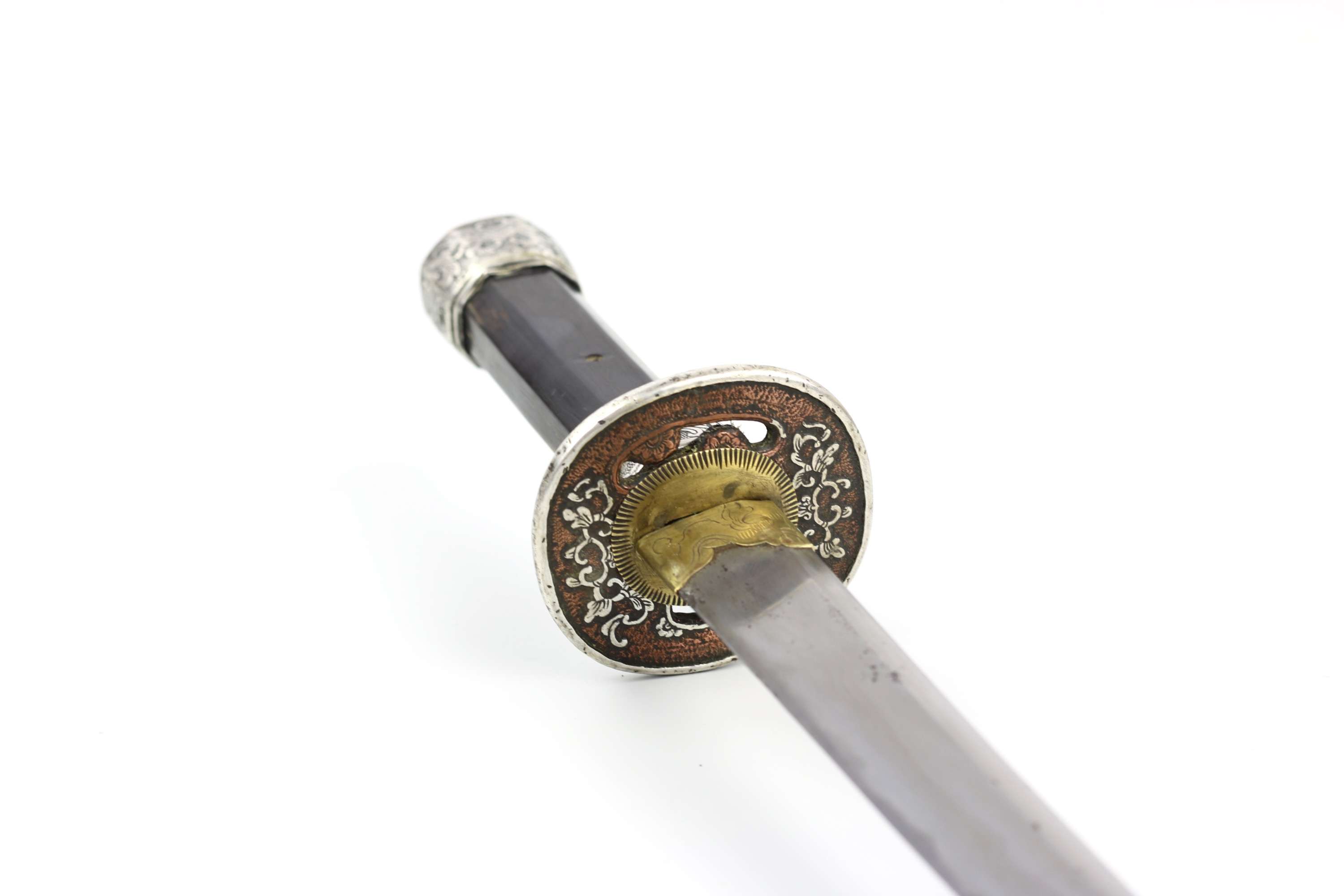 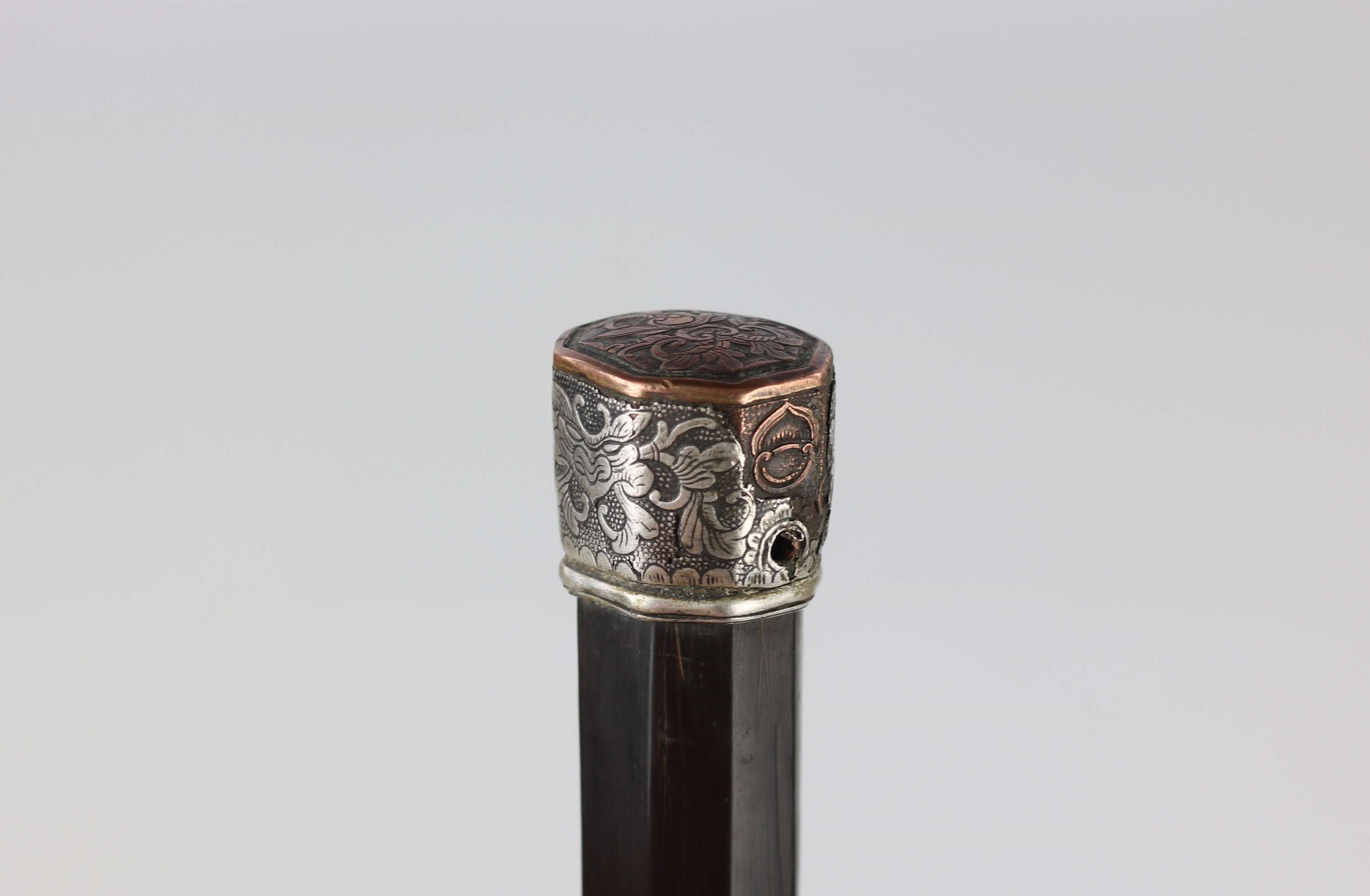 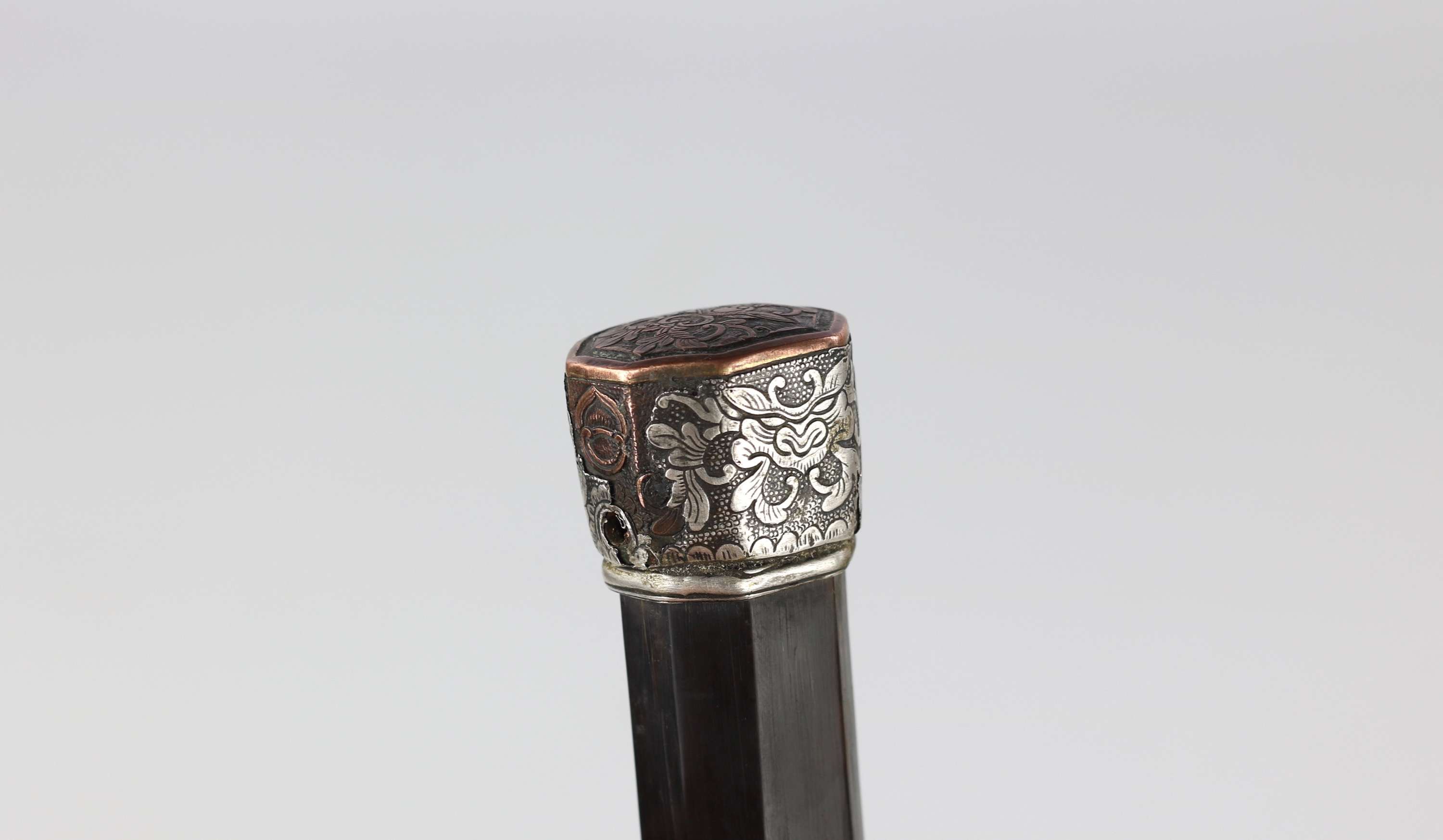 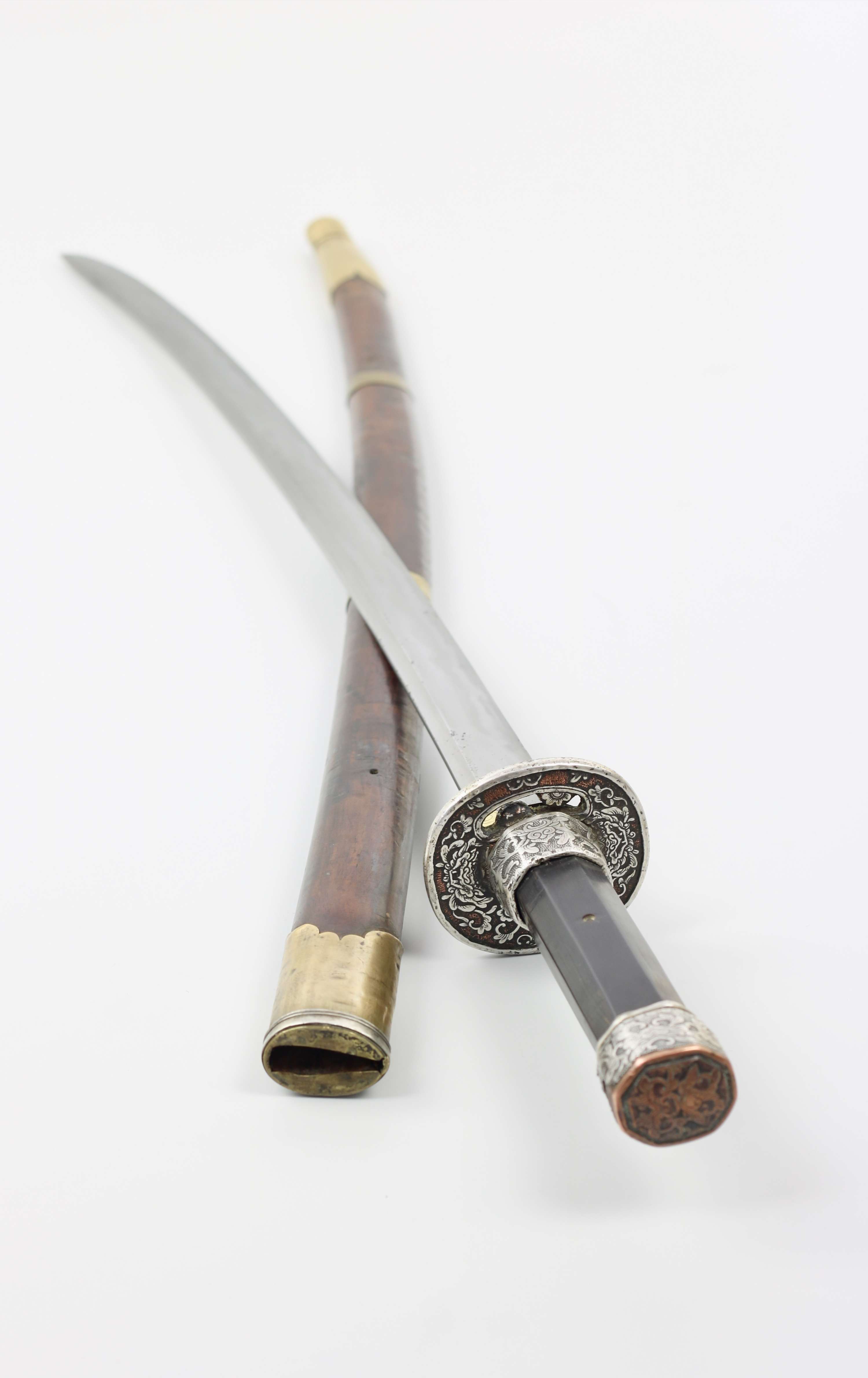