China of the 17th century saw Ming dynasty coming to its knees and the Qing dynasty gradually taking over from the north. The Qing armies may have been lead by the Jianzhou Jurchen, they were truly multi-cultural in nature and consisted of a melting pot of peoples that lived around the northern silk road route. It was for this reason that they adopted a new common identity, "Manchu", that superseded previous cultural and tribal divisions.

In this period we see great creativity and variety in saber designs, with often elements from several cultures merging into one. There is a prevalence of raised backedges inspired by early steppe sabers, but also combinations of grooves, dimples, bevels and collar pieces that were inspired by Islamic and Indian swords. Others were of a more Japanese design, which influenced Chinese sword making since the wokou raids of the 16th century.

As the dynasty settled, standardization slowly kicked in and by the 19th-century production was largely limited to a set number of fixed patterns.

A very rare Chinese saber of the 17th-century with a raised backedge with a hollow profile between the point and a peak at the spine of the blade. Such sabers are referred to as yútóudāo (魚頭刀) or "fish head saber" by Chinese collectors. That there is merit to the term is shown by the fact that a number of them have turned up with eyes and gills engraved into the tip to emphasize their fish-like appearance.

The blade further features an interesting combination of grooves consisting of a main center groove flanked by single narrow groove on the right side and two narrow grooves on the left side. Above that a shorter groove near the spine that runs about 1/3rd of the blade length where it terminates to give way for a long back bevel that leads to the peak that forms its characteristic tip.

At the forte, the dorsal groove is connected by an engraved line with a small groove running back from the bottom of the line. At the base of the blade is a long brass tunkou.

These blade features combine elements of several cultures. The long and short main grooves in combination with a long back bevel are elements mostly known from the Japanese naginata. The raised and peaked backedge is an element of Islamic sabers that spread over the steppe through Turkic and Mongol tribes. Finally, the U-turn made by means of the engraved line is an element that was probably inspired by Persian swords with a similar feature.

The eclectic mix of stylistic elements reflects the multicultural contacts made through the silk road. The different stylistic elements described are seen separately on Chinese swords well into the 18th century but it is rare to see them all combined in a single blade.

It comes with its original hilt with wooden grip and iron mounts with on the guard remains of silver floral motifs. The ferrule is smooth while the pommel is divided by a subtle ridge. The pommel profile is also typical for early 17th century work, and is a simplified version of early Qing imperial work.

Blade in very good condition with no nicks or forging flaws. In recent polish by Philip Tom to reveal the details in the steel, and with a resting scabbard to protect the newly polished blade. Some minor friction in the hilt, some more movement in the pommel. Original peening at the pommel intact and undisturbed.

An interesting saber of the early 17th century, a time period where we see considerable creativity in saber design. This piece is well-made, in good condition and exhibits influence from several cultures that are rarely seen on a single blade. 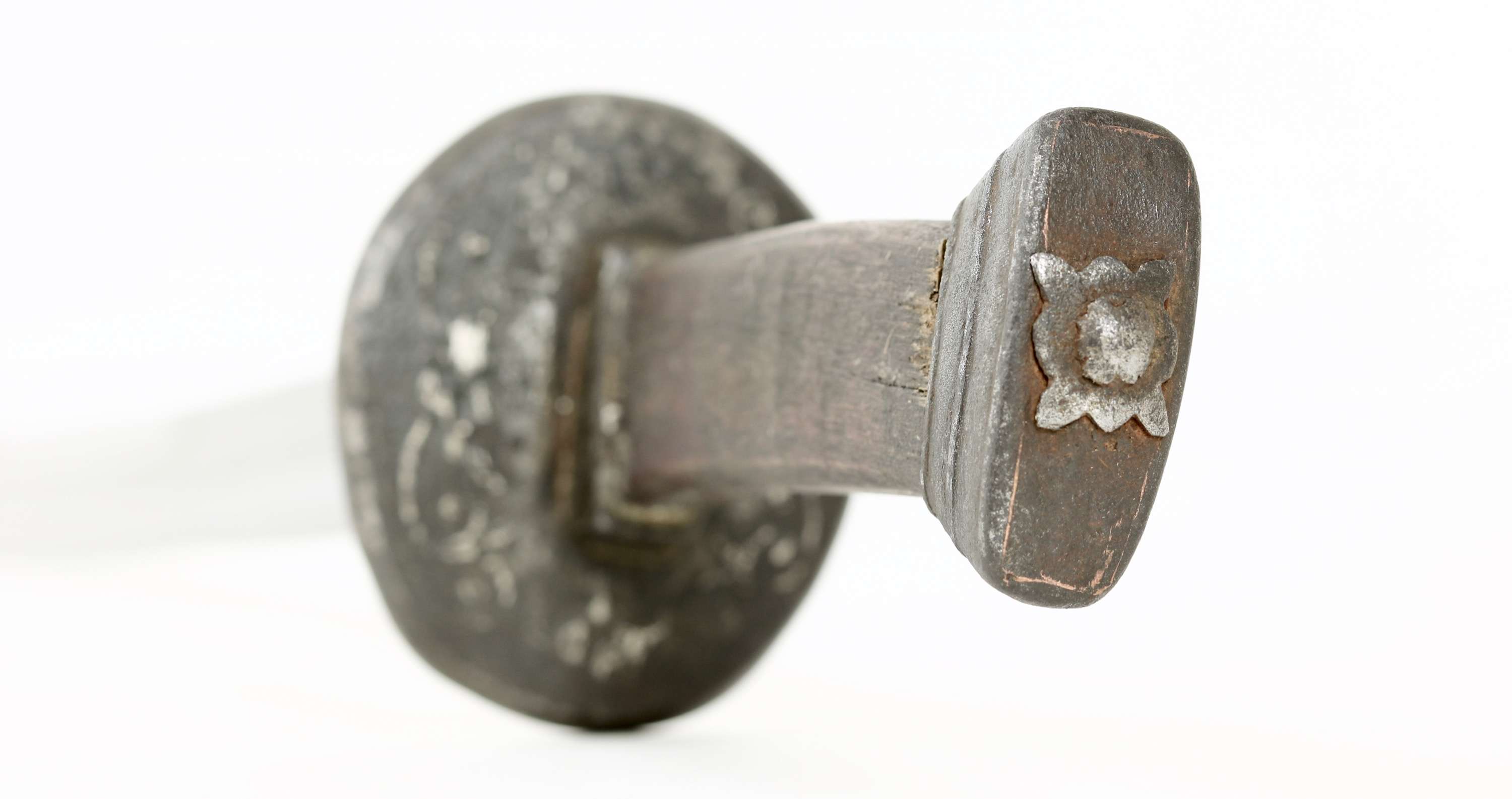 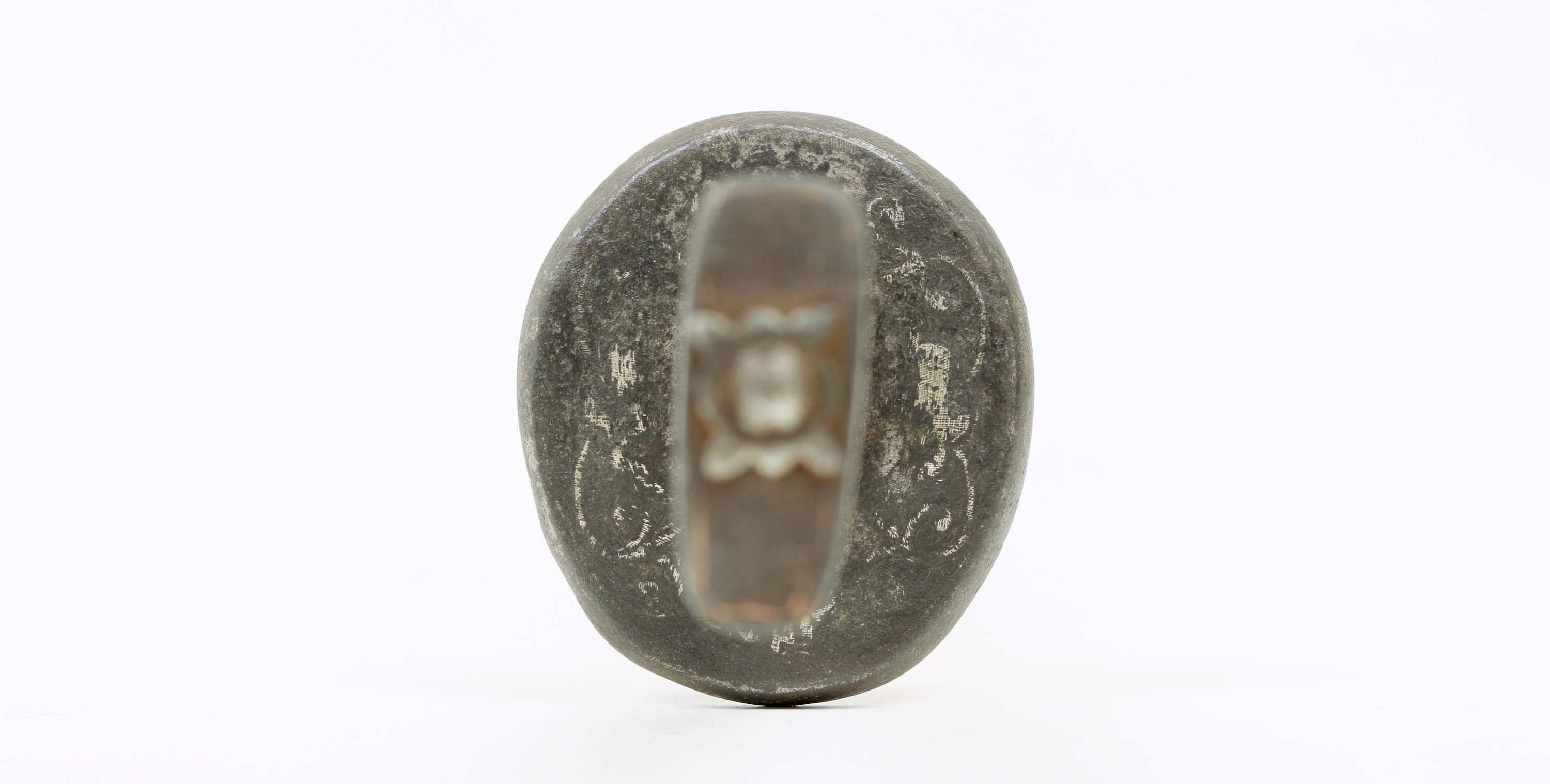 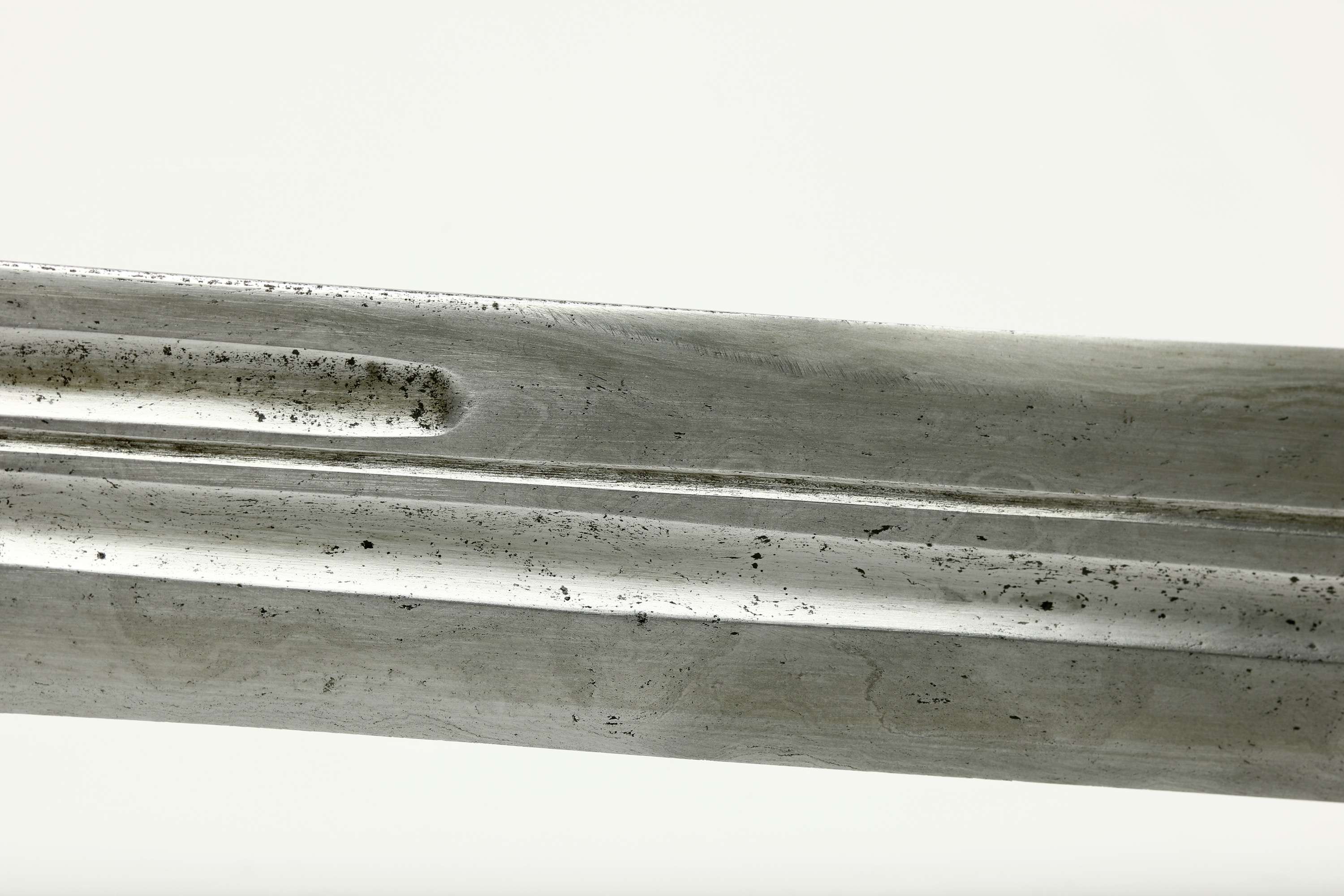