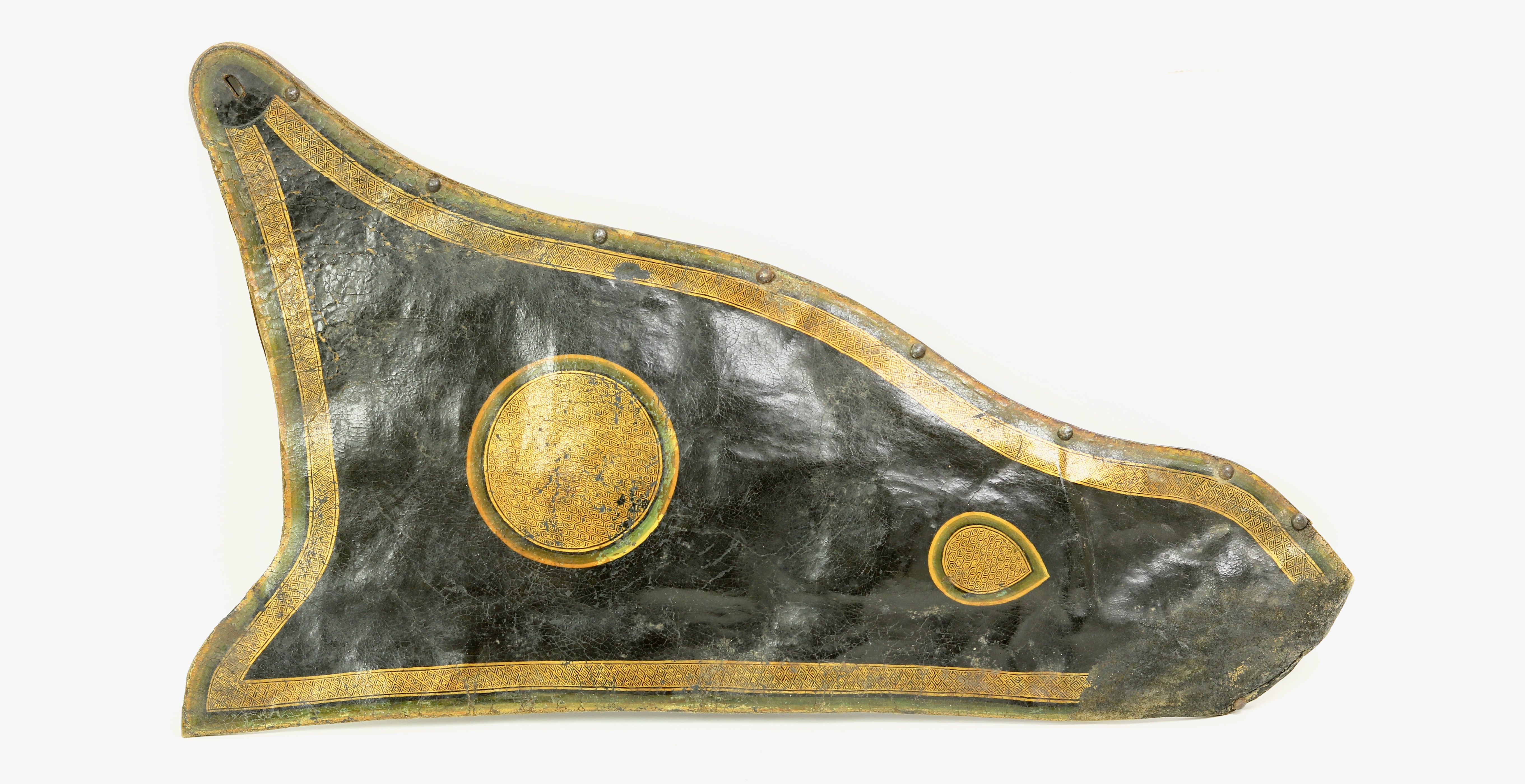 A Mongol style bow case of a form that was used by mounted archers of Mongolia but also the Tibetans, mainly of Amdo. The general type is derived off Islamic equipment that rapidly gained popularity all over the steppe following the Mongol expansion in the 13th century.

It is constructed out of two sheets of leather, connected by a seem right after the fold on the left side. Thickening is added on the right side by means of stacked strips of leather. The piece is open on top for the insertion of the bow and has a tiny opening at the bottom through which the lower ear of the bow would protrude when sheathed. The back is grained natural leather while the front is smoothened and lacquered black.

The facing side is adorned with fine hand-painted designs in gold that are purely geometric in nature. The border consists of a gradient outline in greens and yellow, within it a band filled with lozenges with crosses in each center. In the middle are two ornaments: Top a large circular design and in the bottom a drop-shaped ornament. Both have a gradient border like the outline, in greens and yellow, filled with a meshwork of fine hexagonals. I believe this to be a stylized representation of the seeds of a lotus pod, as they also appear on the base of early Buddhist sculptures where the entire pod is still articulated.1 The whole is covered with a transparent layer, probably shellac.

The right side of the quiver is held together by eight iron nails with bosses. The larger metal boss from which the piece was suspended is now missing. 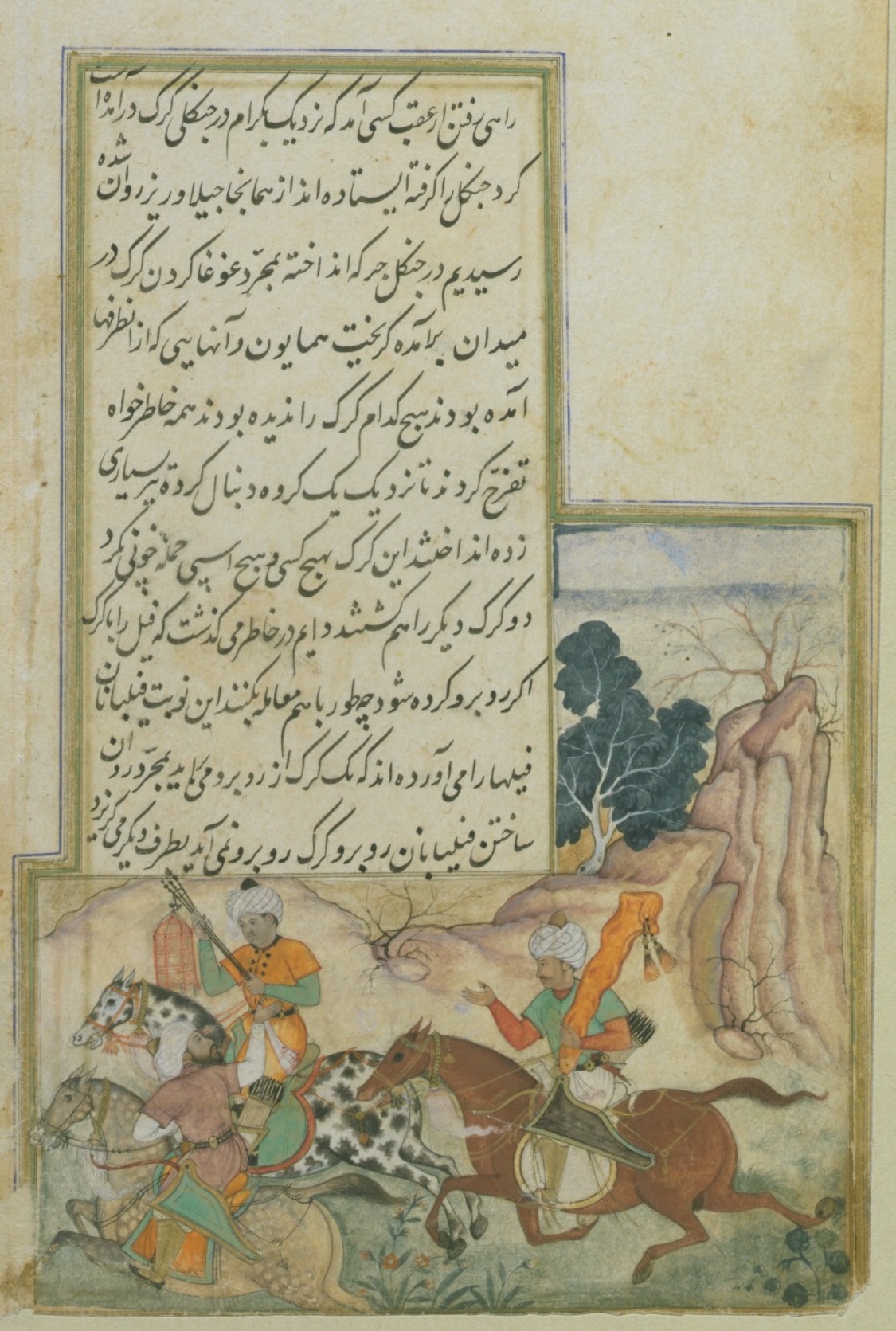 A scene from the Baburnama, circa 1590. Depicting an event of 1525.
Notice the overall form of the bow cases, and the line outlining its contour. 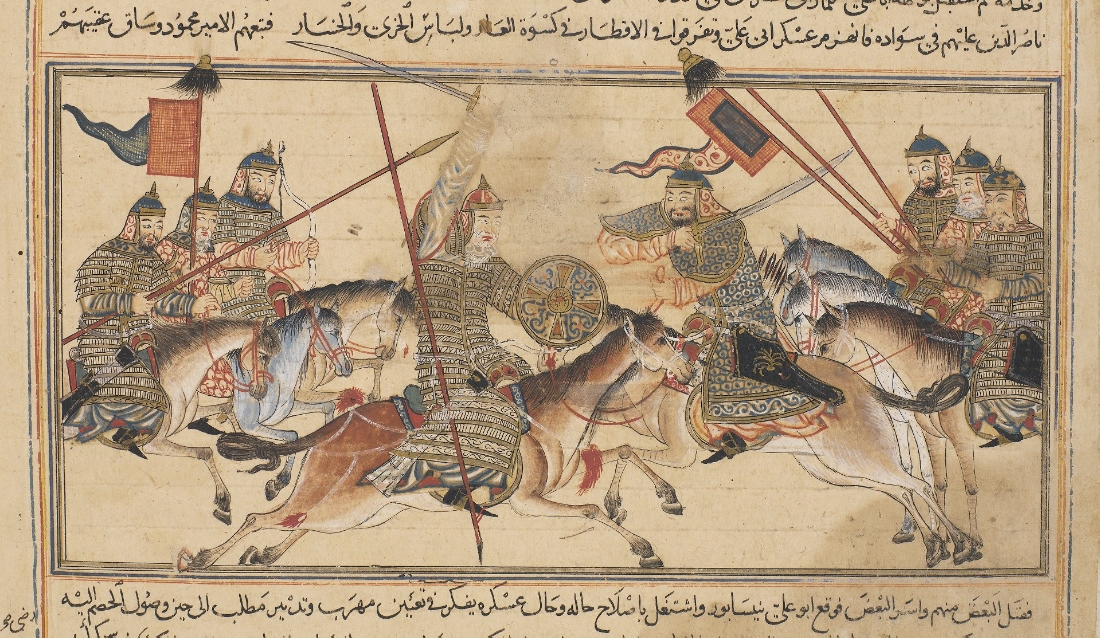 Leather mostly in fair condition, not overly dried out but still soft to the touch and flexible. Some crackling in the upper right, and damage and loss of the lacquer in the bottom left. A minor tear on the bottom, backside. The important designs are mostly intact. Some losses in the final coating now show the true brighter colors underneath.

Few comparables exist. There is a set of bowcase and quiver in the Metropolitan Museum, accession number 2003.344a–c that is dated 15th - 17th century, mainly by virtue of its decoration. It is of golden brown leather with fine black line decor and with fine pierced mounts.3

Another, with a somewhat later and more square profile, is in Stephen Selby's collection. He believes his is 18th or 19th century. I  agree based on the profile of the bow-case that suits bows of this period.

The example that is the subject of this article has a somewhat more elongated profile compared to both reference examples and reminds more strongly of the Islamic prototypes they are derived off.

In terms of materials and decoration, there is some resemblance to the gold on black decor of this Tibetan leather box sold by Bonhams New York, September 2011.

It is difficult to date this piece on stylistic features alone because the general style of this geometric decoration existed for quite some time.

My most important "handle" by which I date it is the geometric confinements of the bow it was once made for. The narrow profile means a low brace height and the small hole at the bottom indicated a narrow ear with a moderate amount of bend; traits of the bows in use throughout Asia during the Yuan dynasty (1271-1368) and subsequent Ming dynasty (1368-1644).

Such bows fell out of use by the 17th century in favor of bows with longer ears and as a consequence bulkier "knees" and the addition of (larger) string bridges. Neither Tibetan, Mongol, or Chinese bows of the 18th century would have fitted this bow case, so it must be at least 17th century and more likely, early 17th century at the earliest.

I would conclude that it is probably 16th or 17th century. It would be interesting to carbon date it to enhance that estimate.

An antique bow case of a style used by Tibetans and Mongolian mounted archers. It is of an exceedingly rare type of which there are very few comparables. Of a rarer form that was made for the styles of bows in use during the Yuan and Ming. 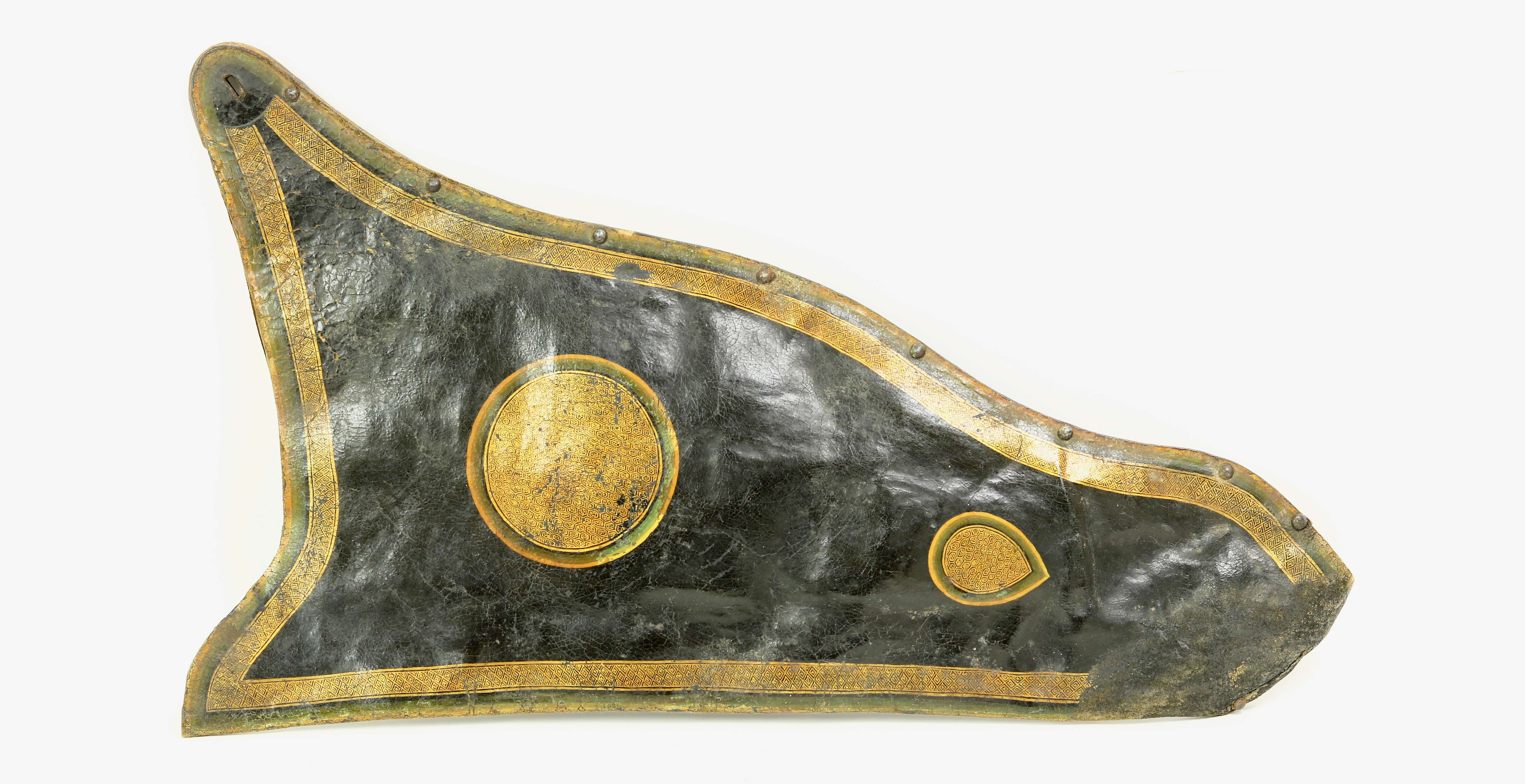 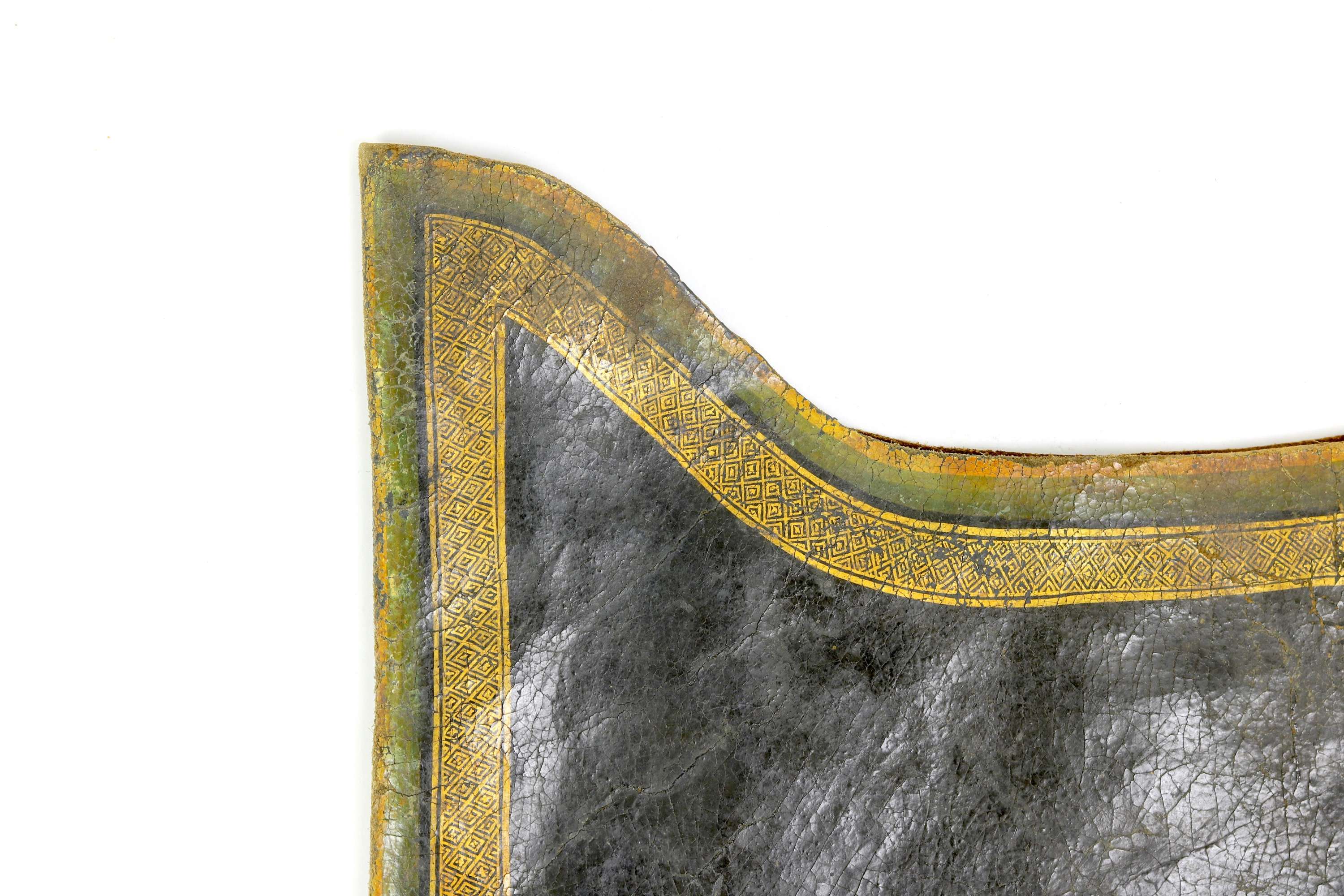 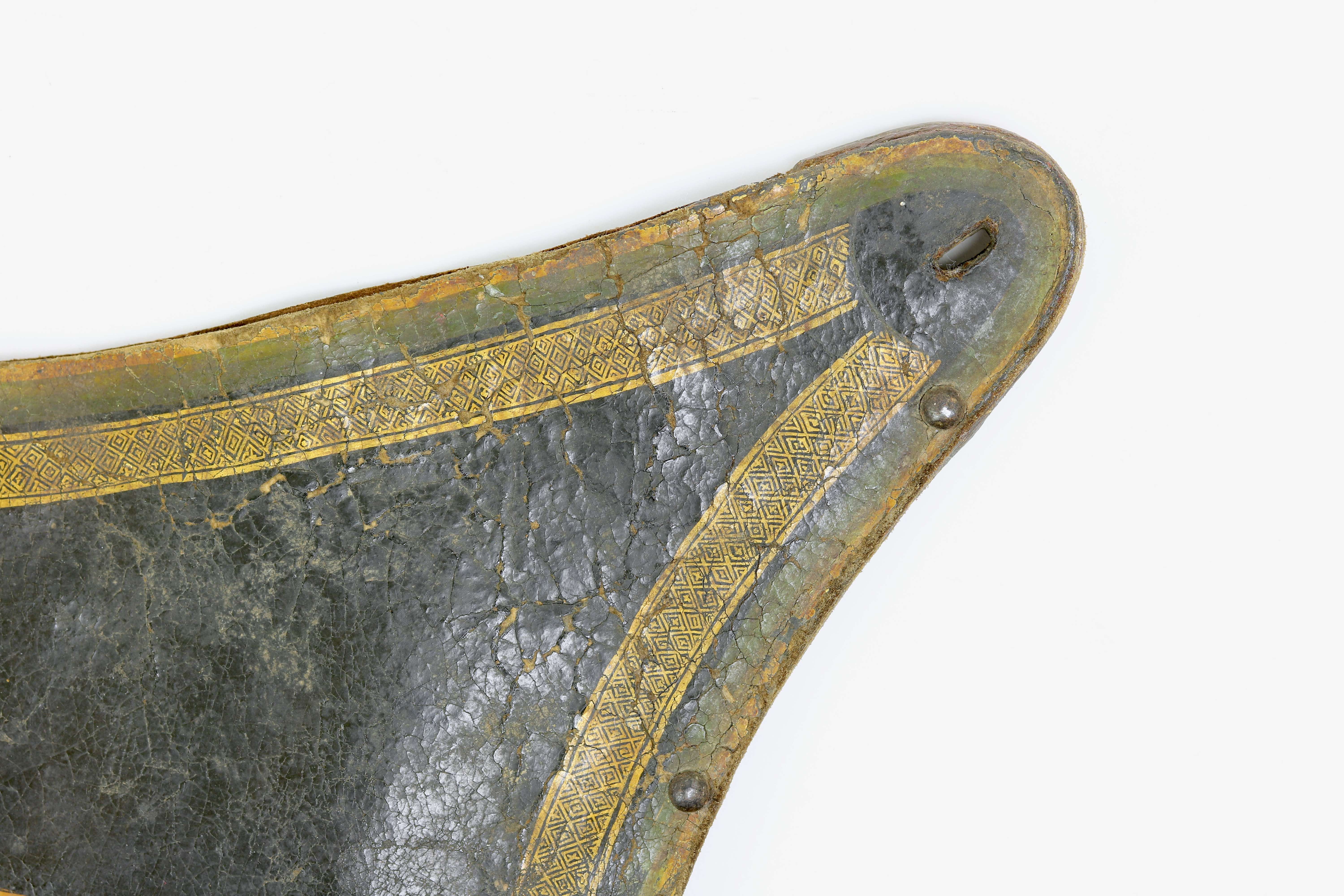 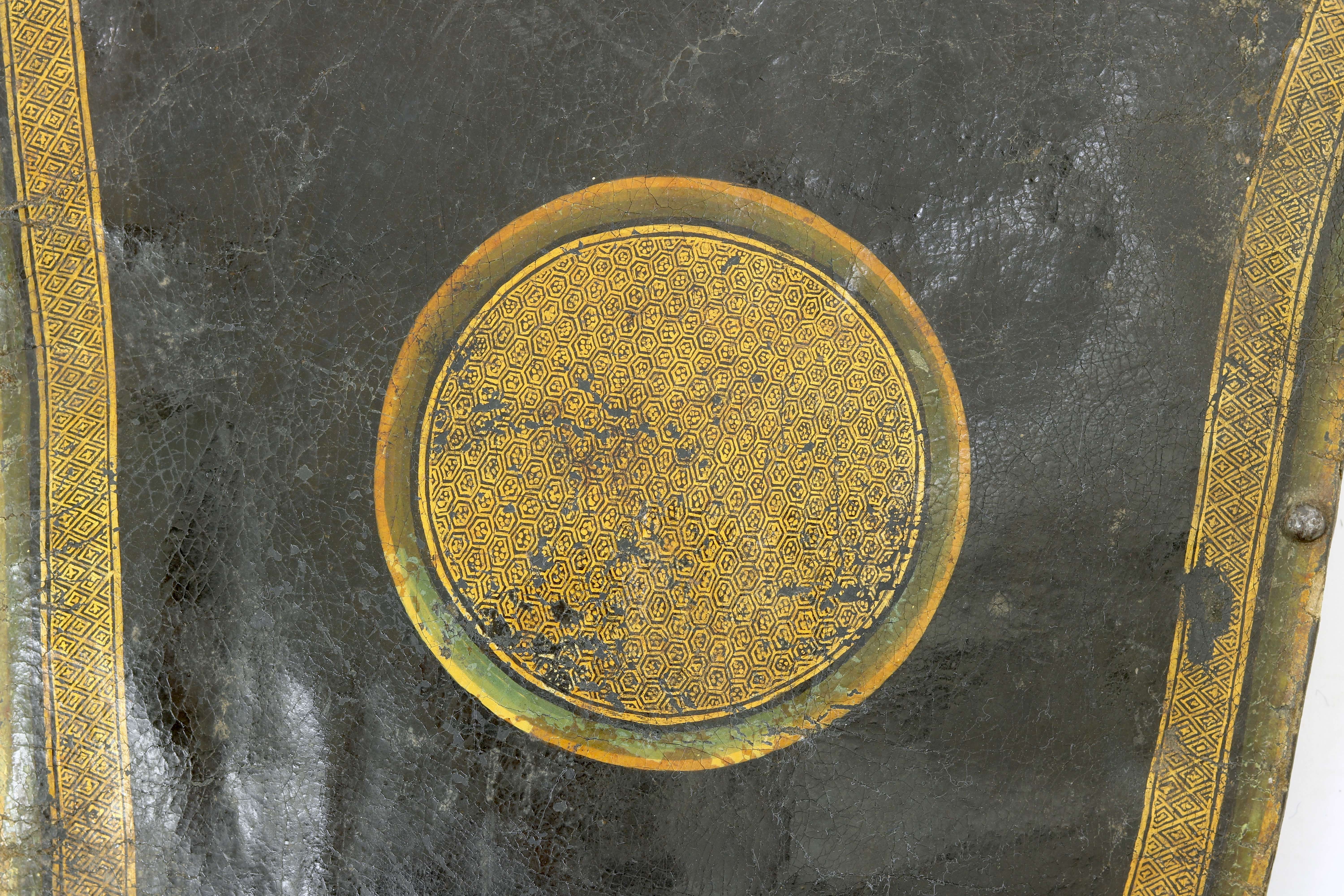 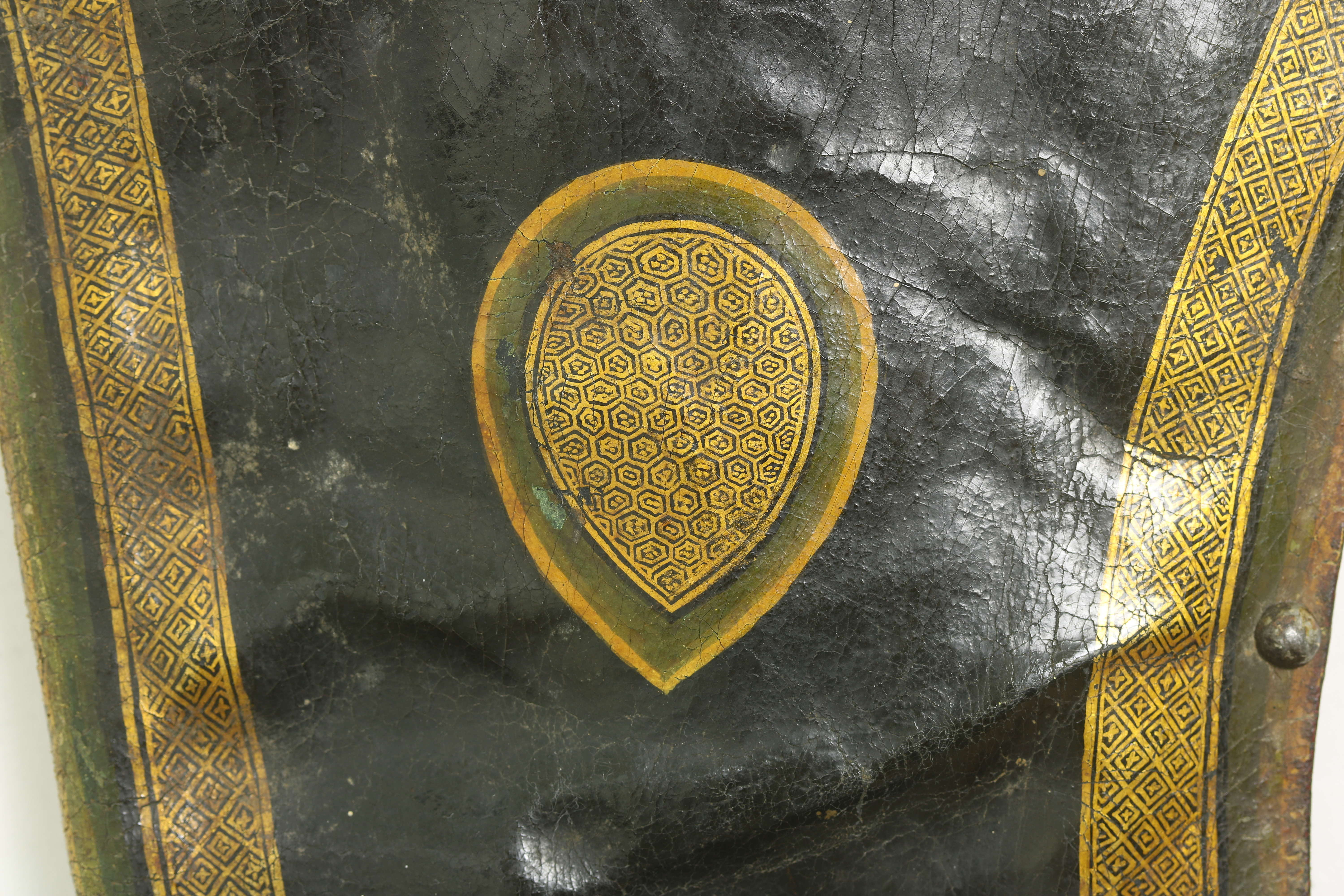 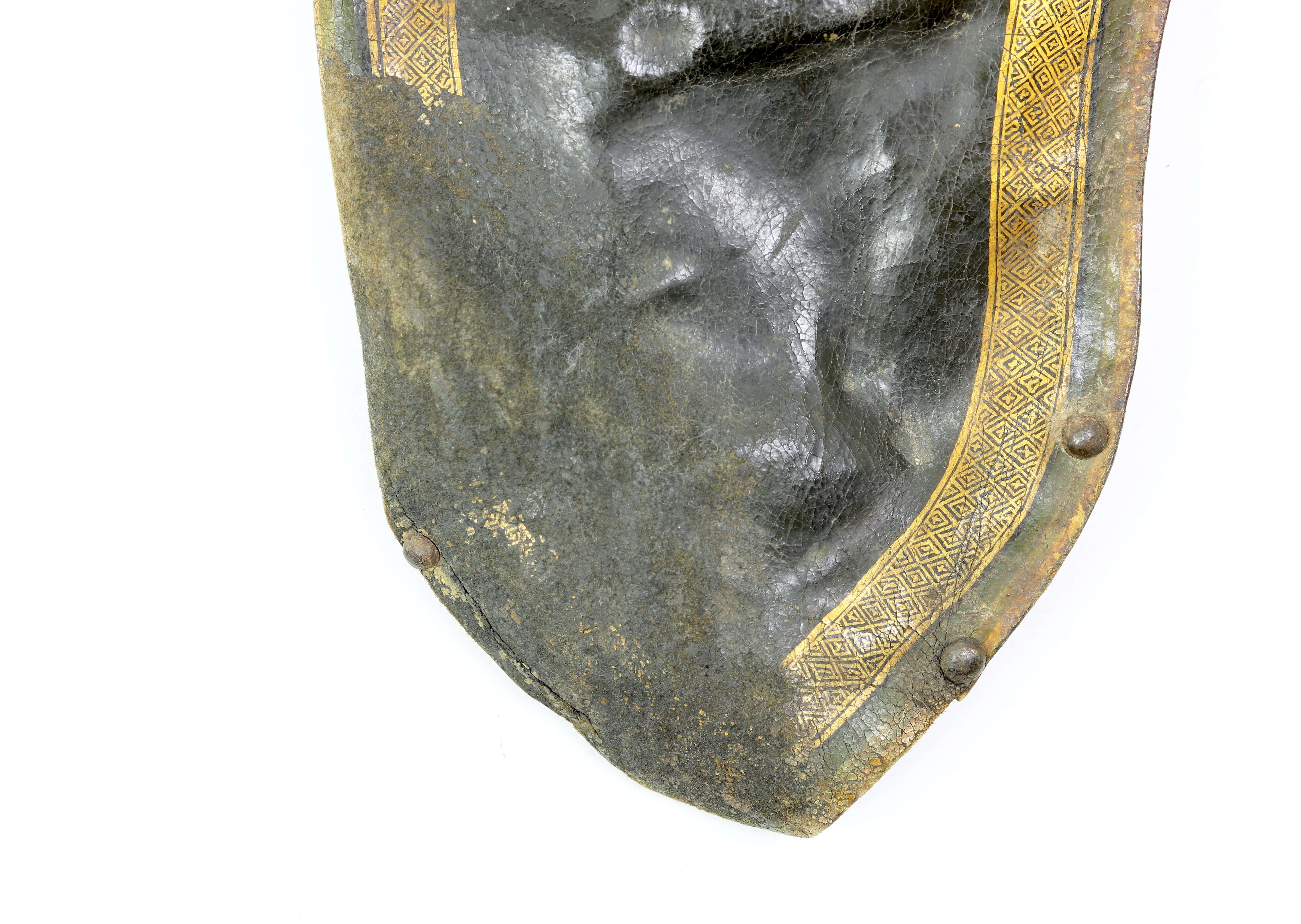 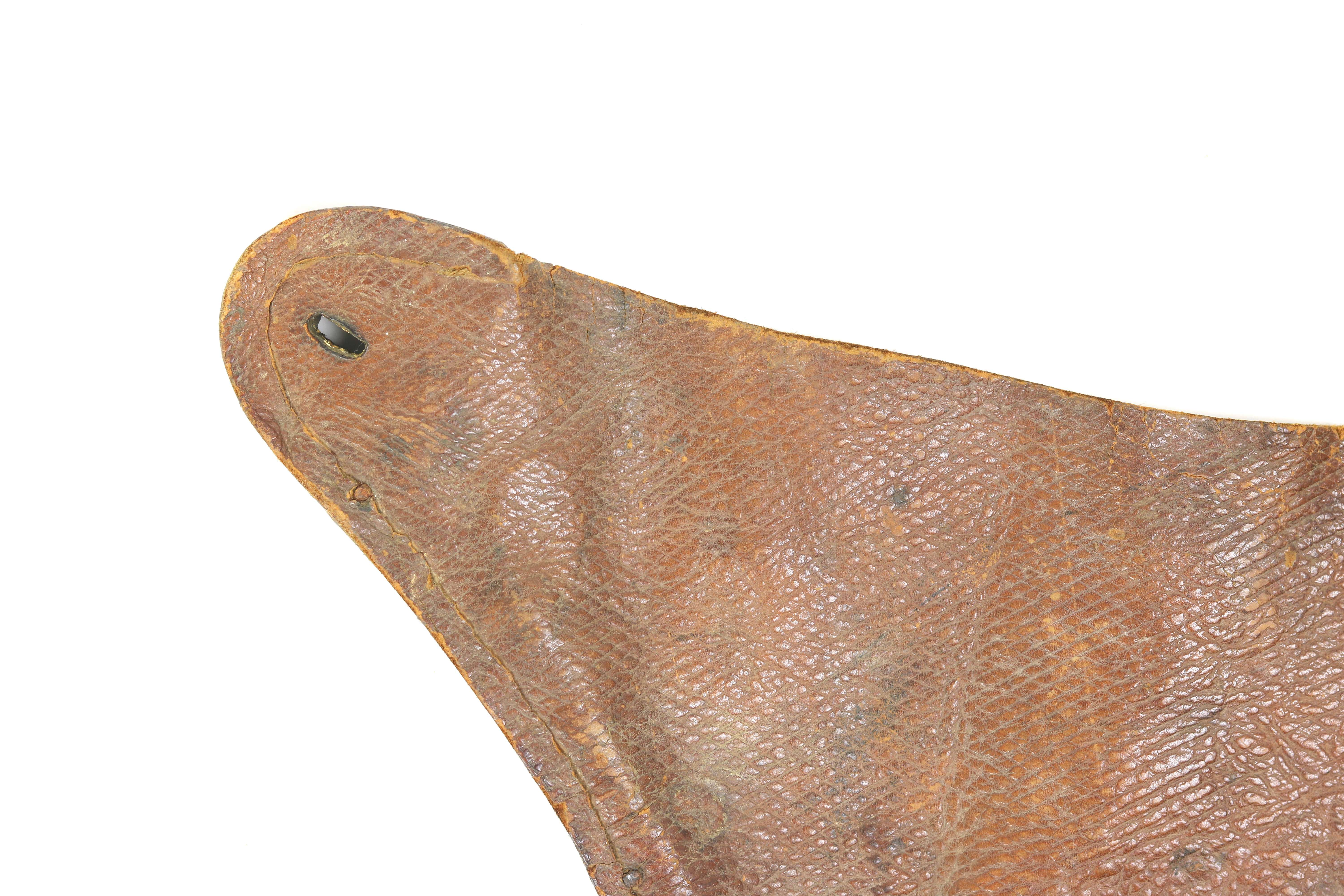 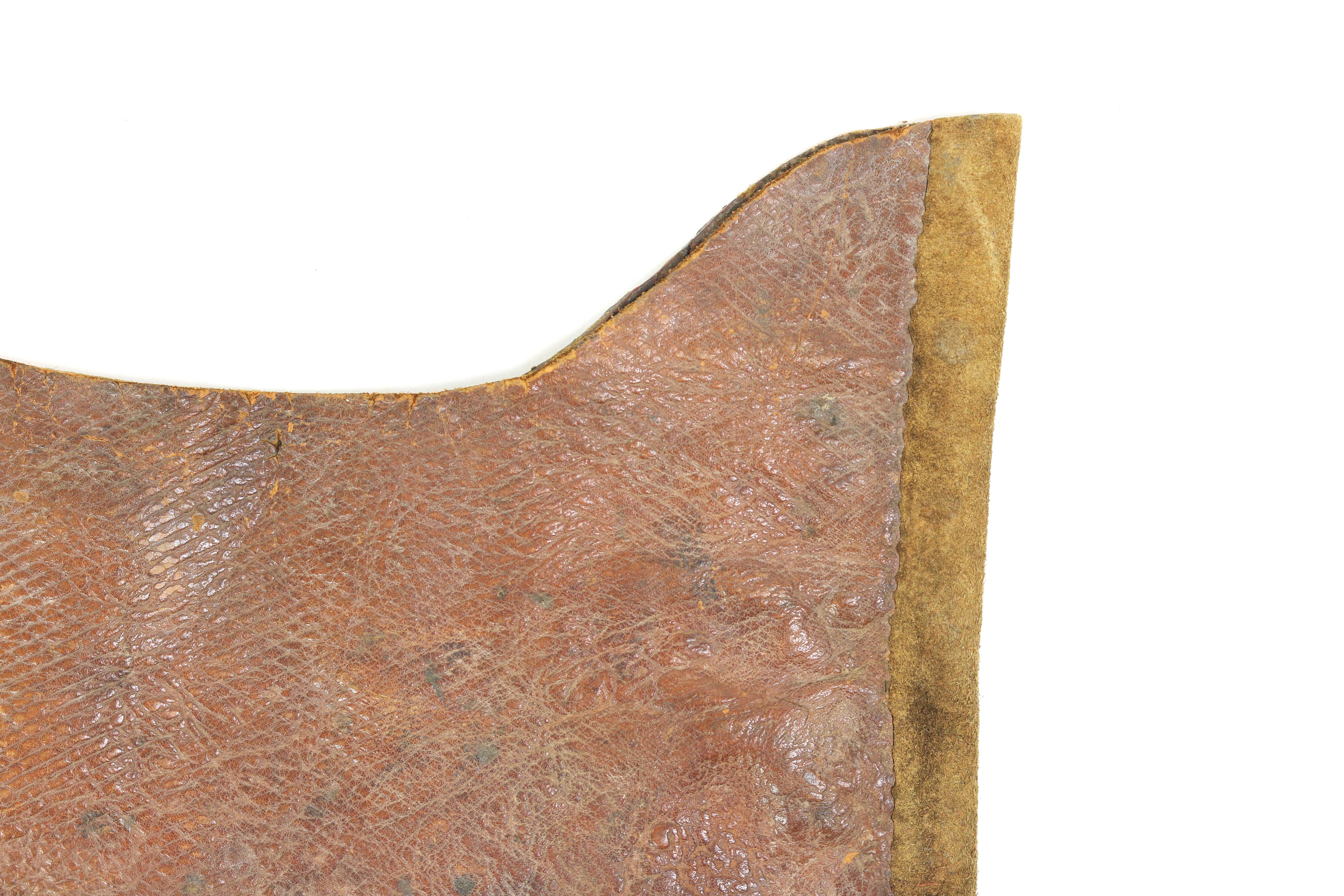 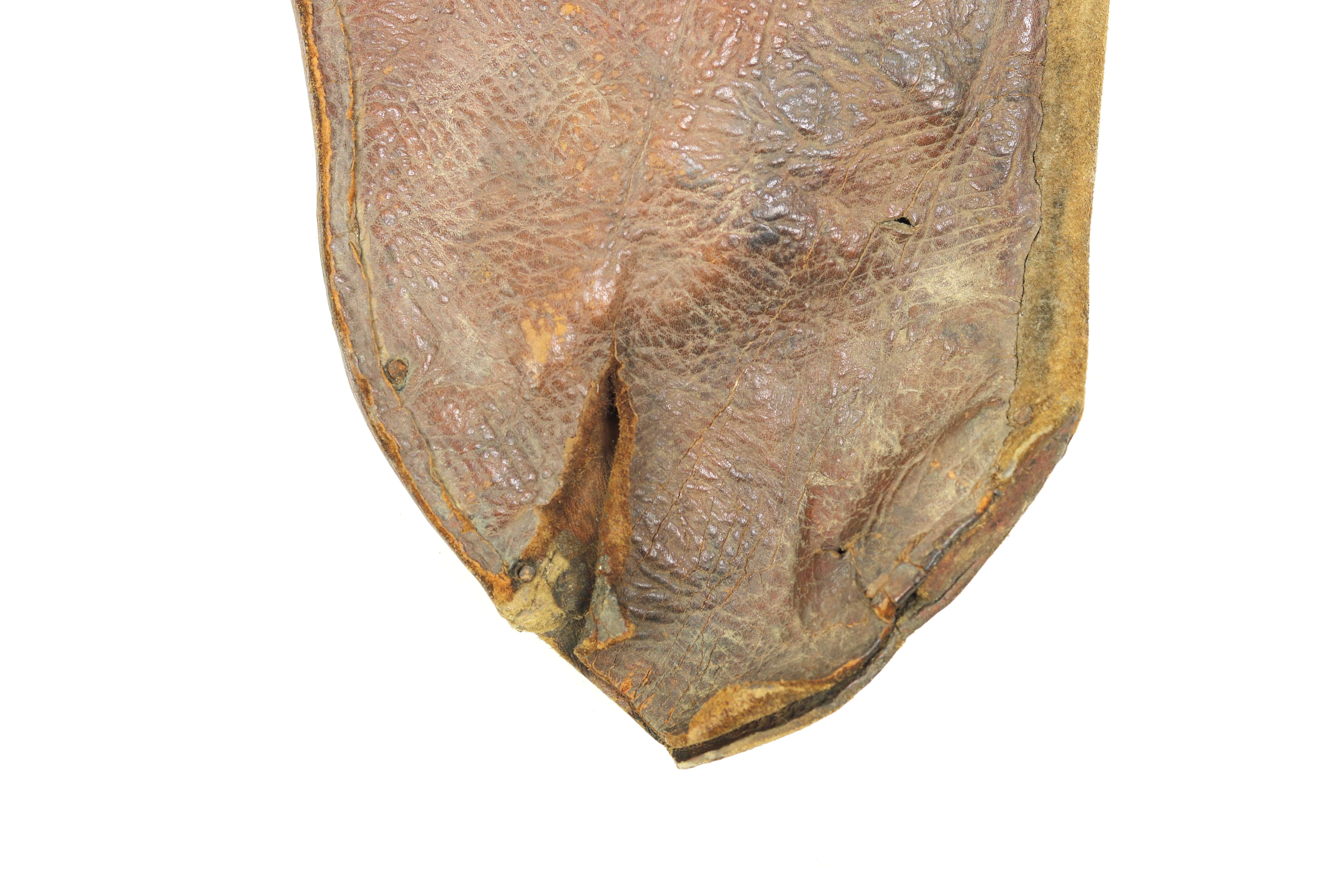 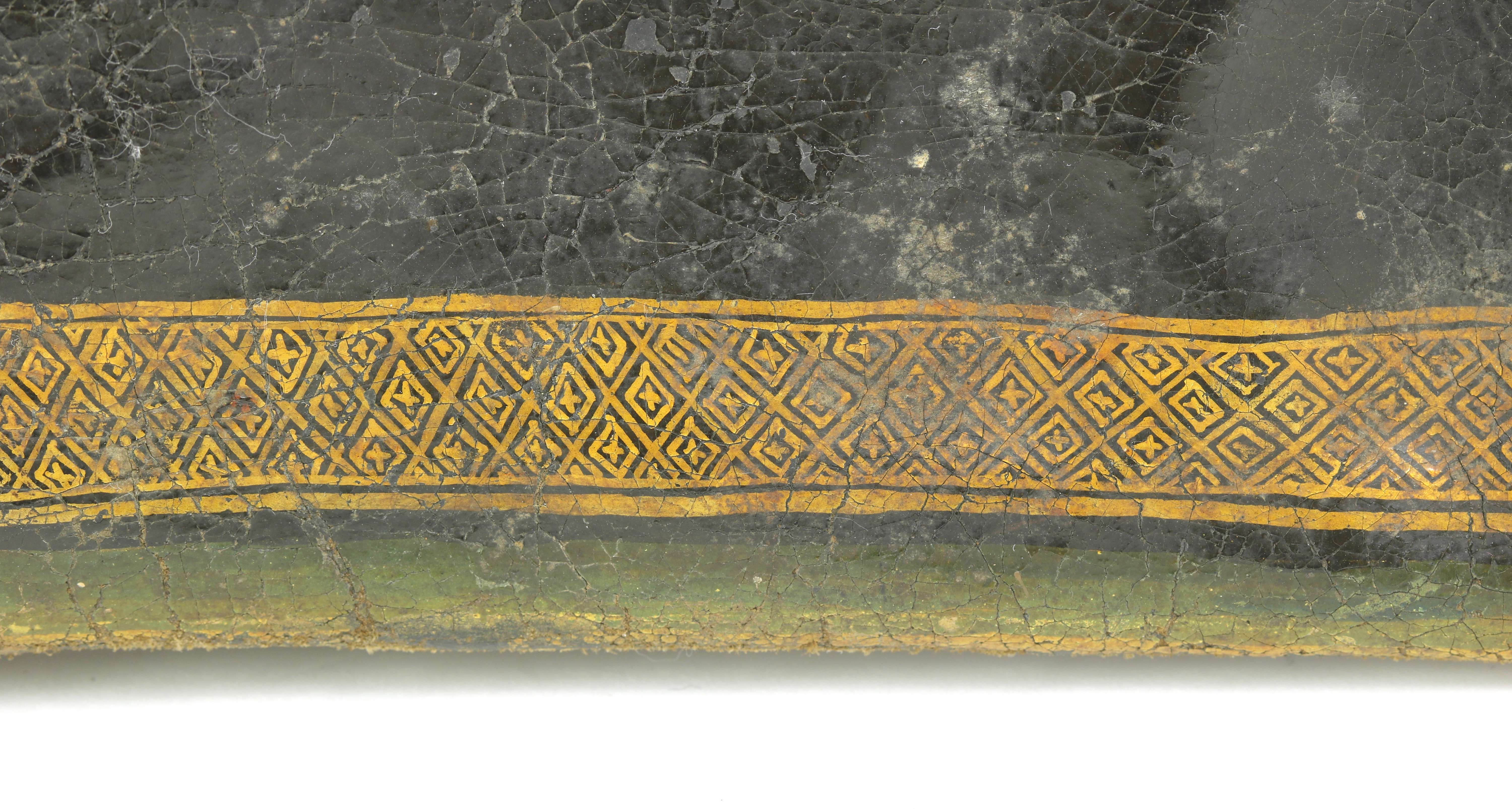 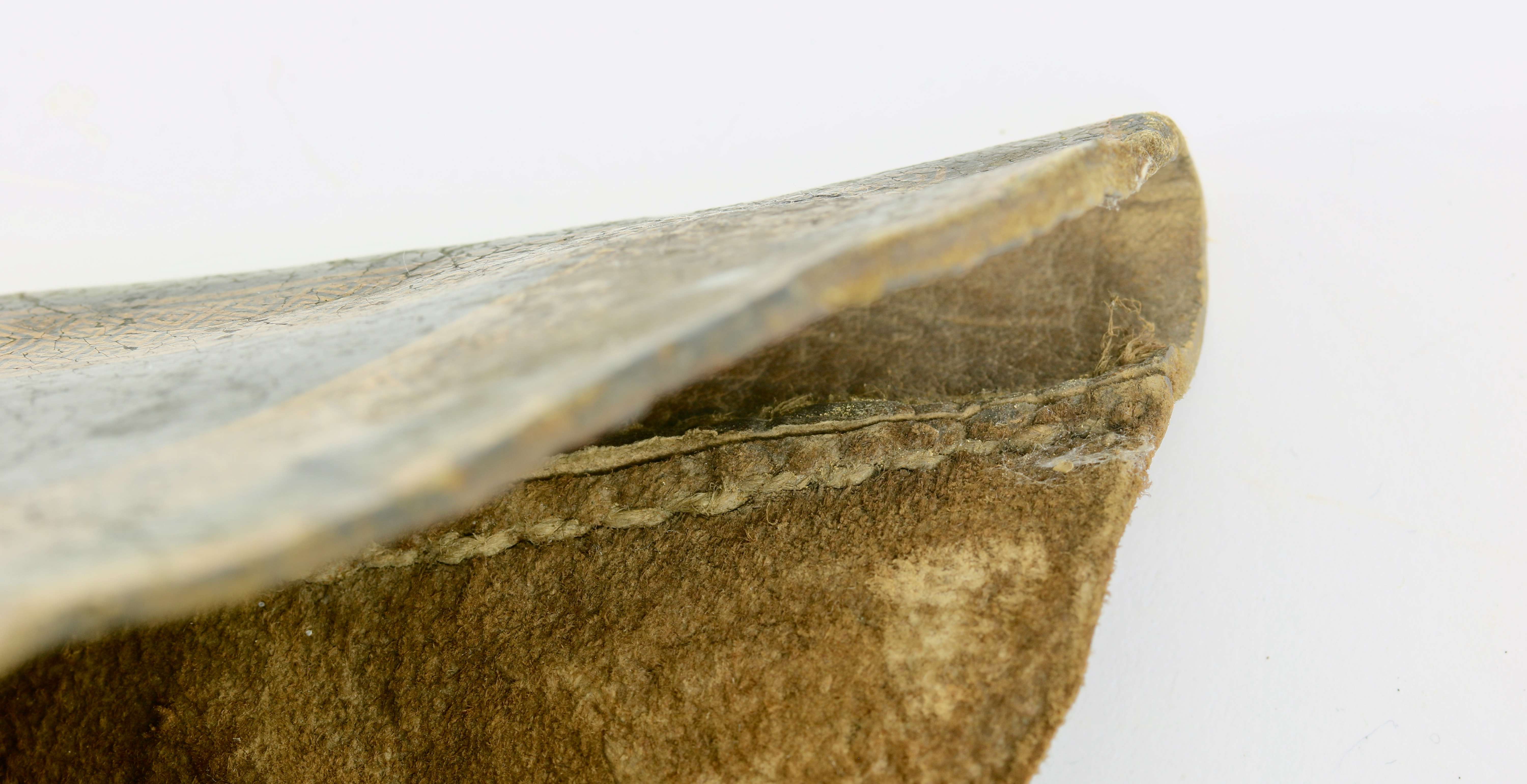 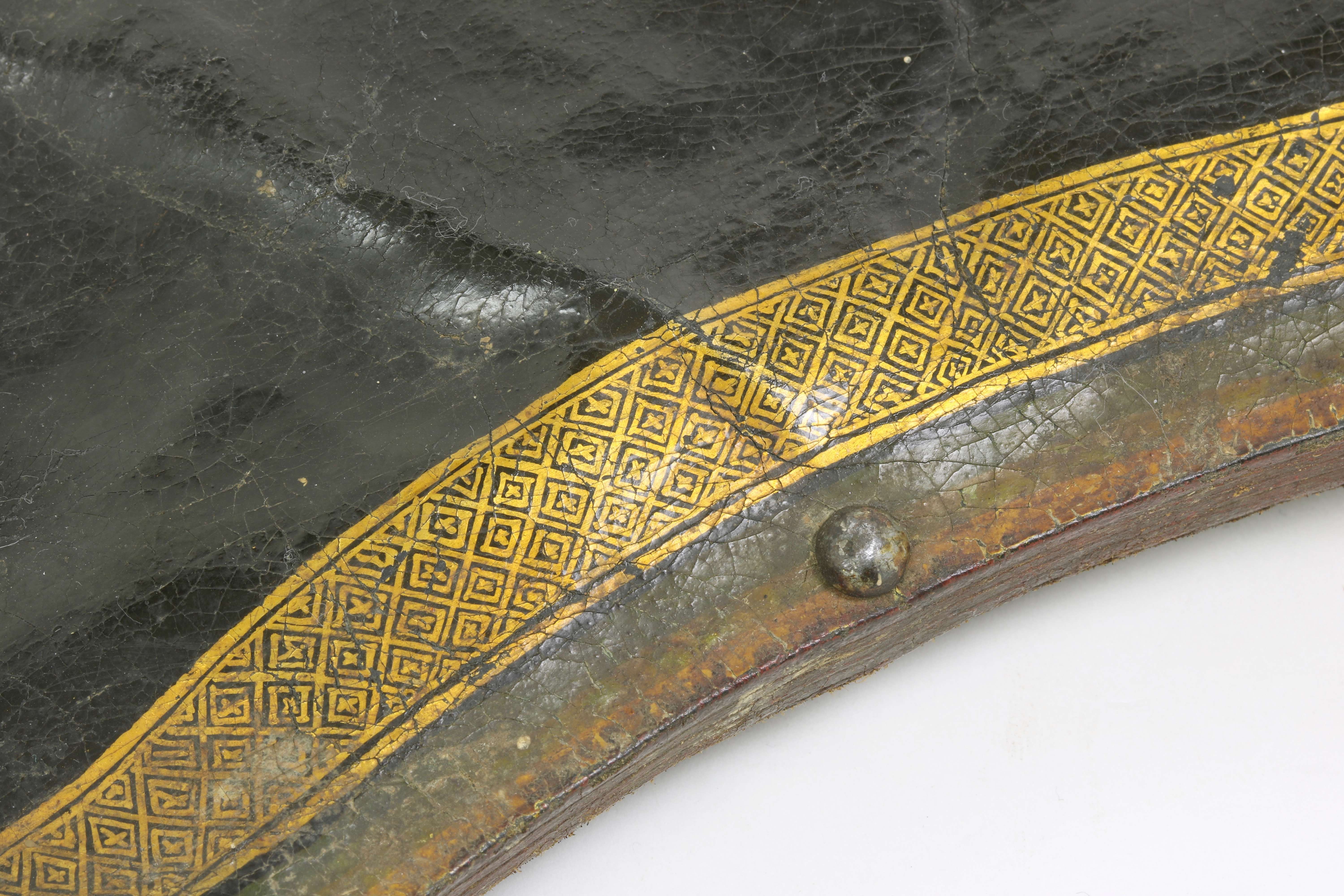 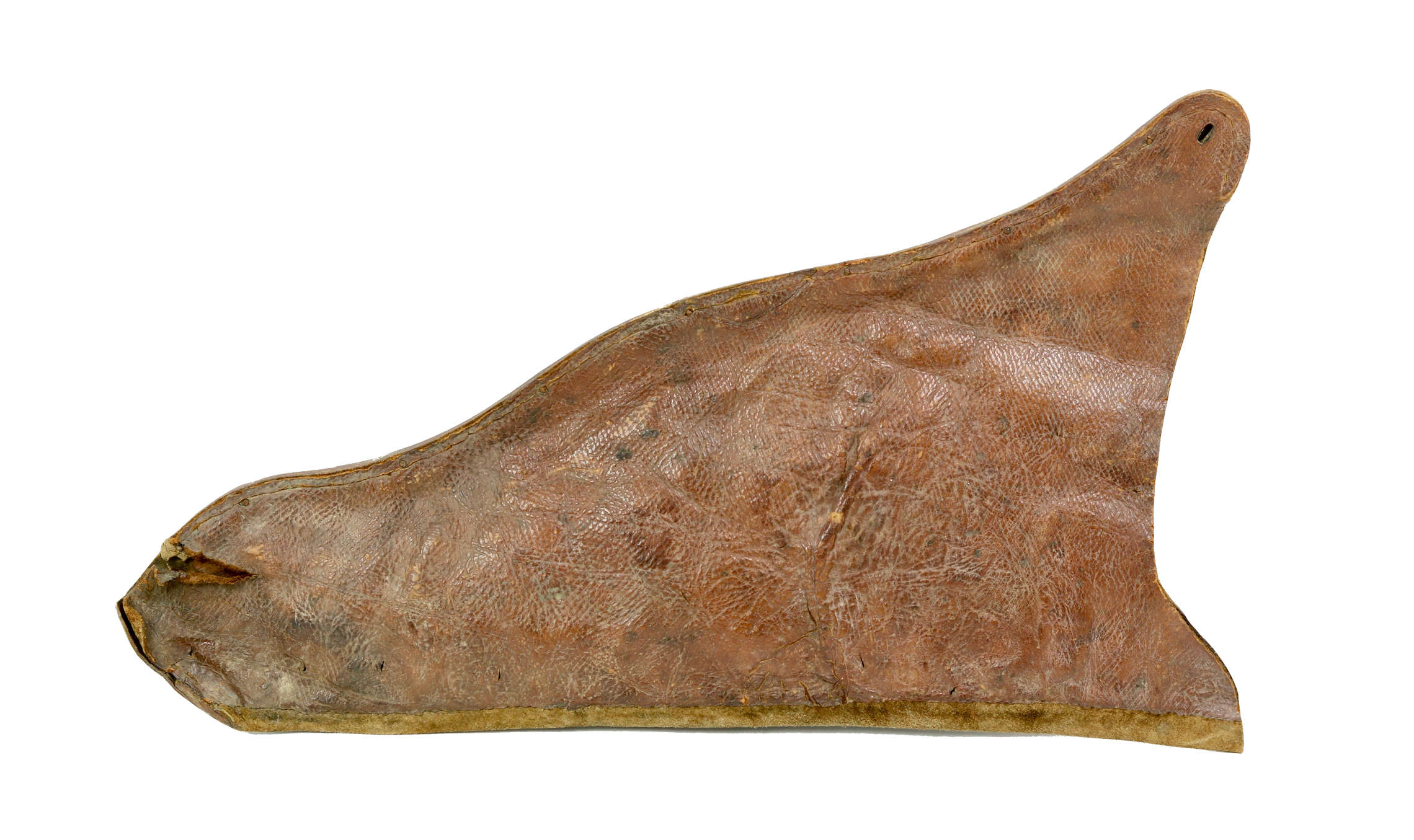 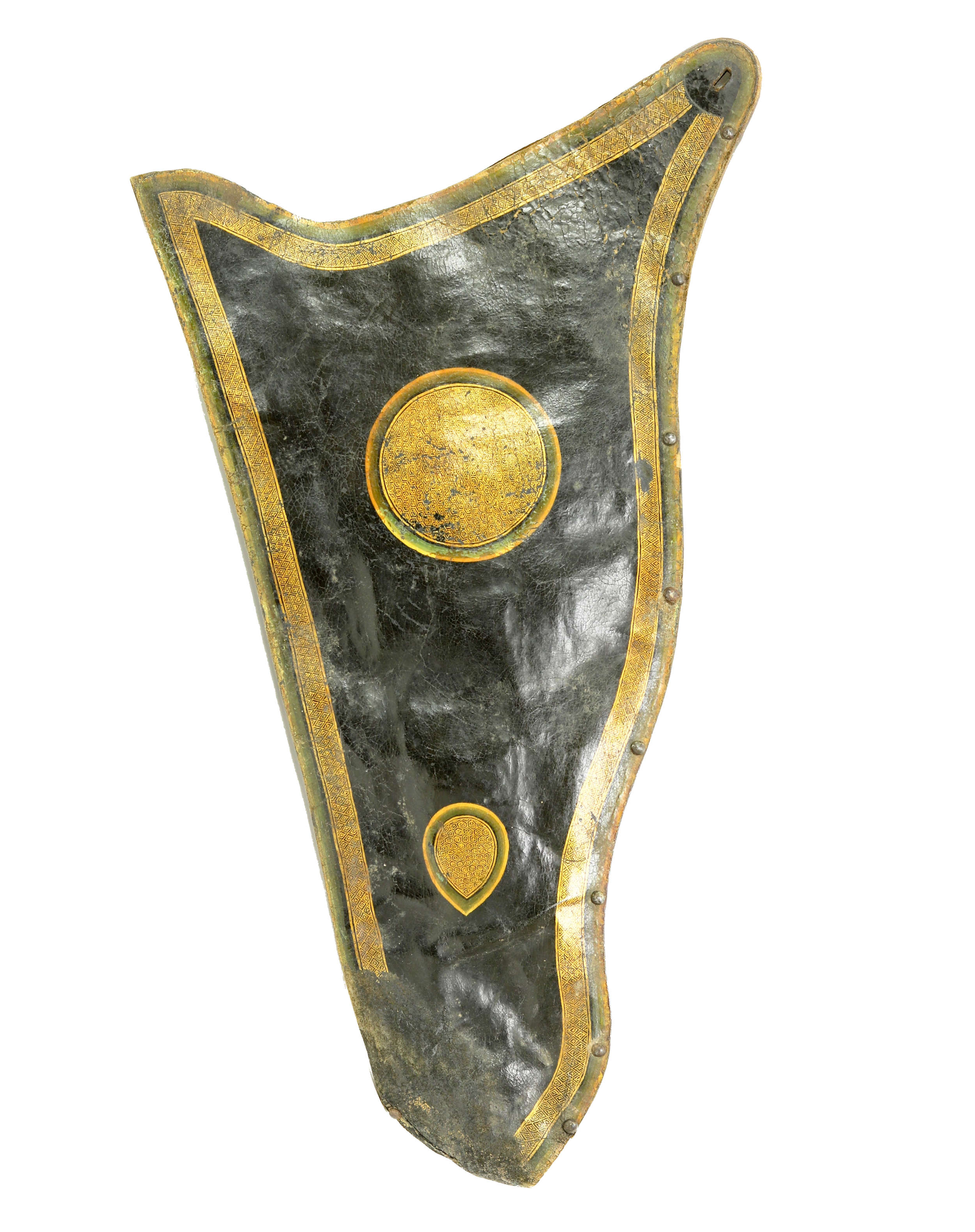