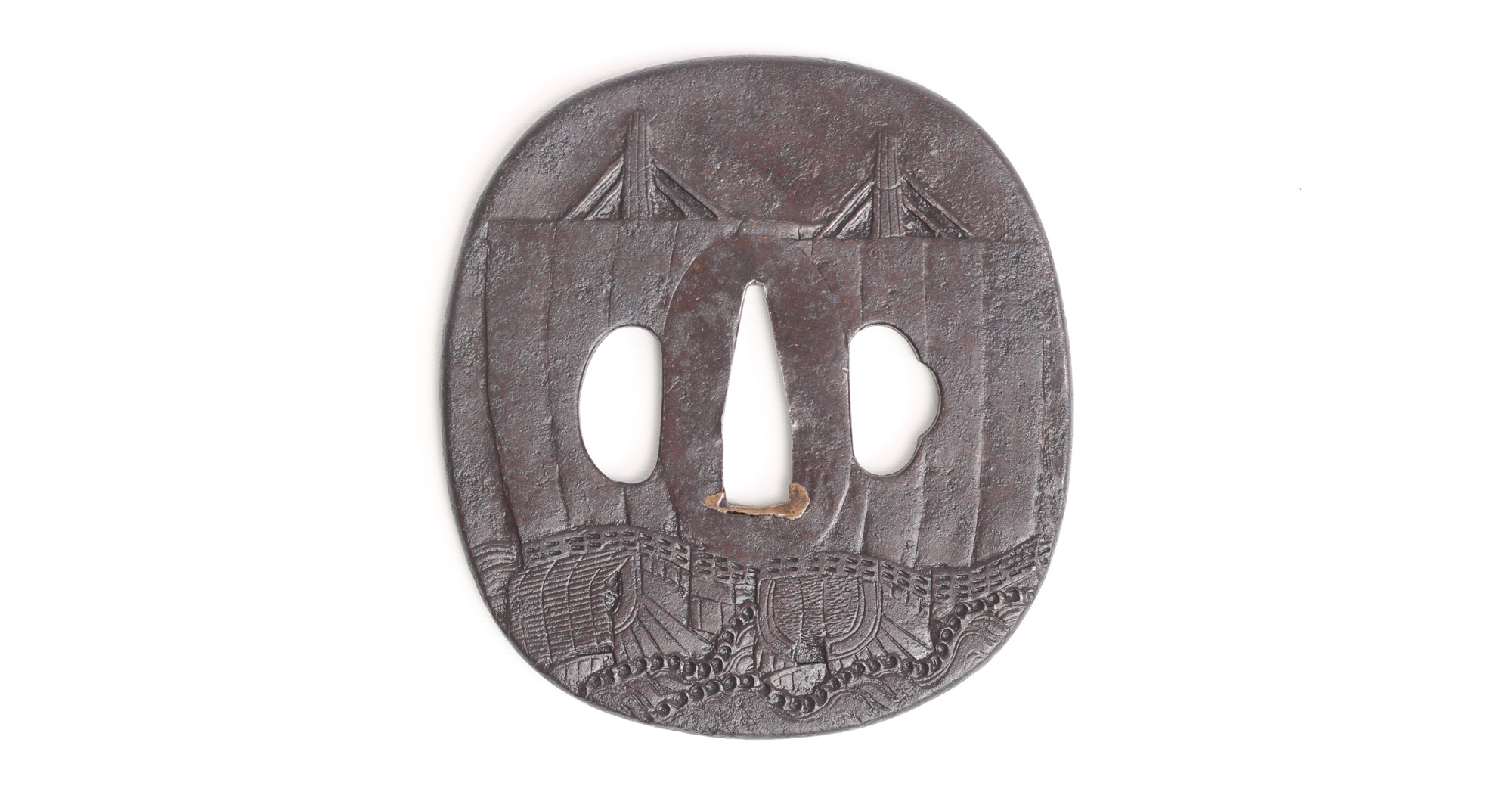 I love depictions of ships on tsuba, so here is another one.

A classic Choshu tsuba with designs of two large ships, probably trade junks, on a rough sea with full sails. The reverse shows a tranquil scene with what looks like calm waters and a rising sun. Three crescent moon-shaped elements on the left, I cannot place.

This is a large tsuba, katana-size which means whoever wore it was either probably a samurai or an outlaw.

The work is nice and crisp, and the execution has a naturalistic charm to it.