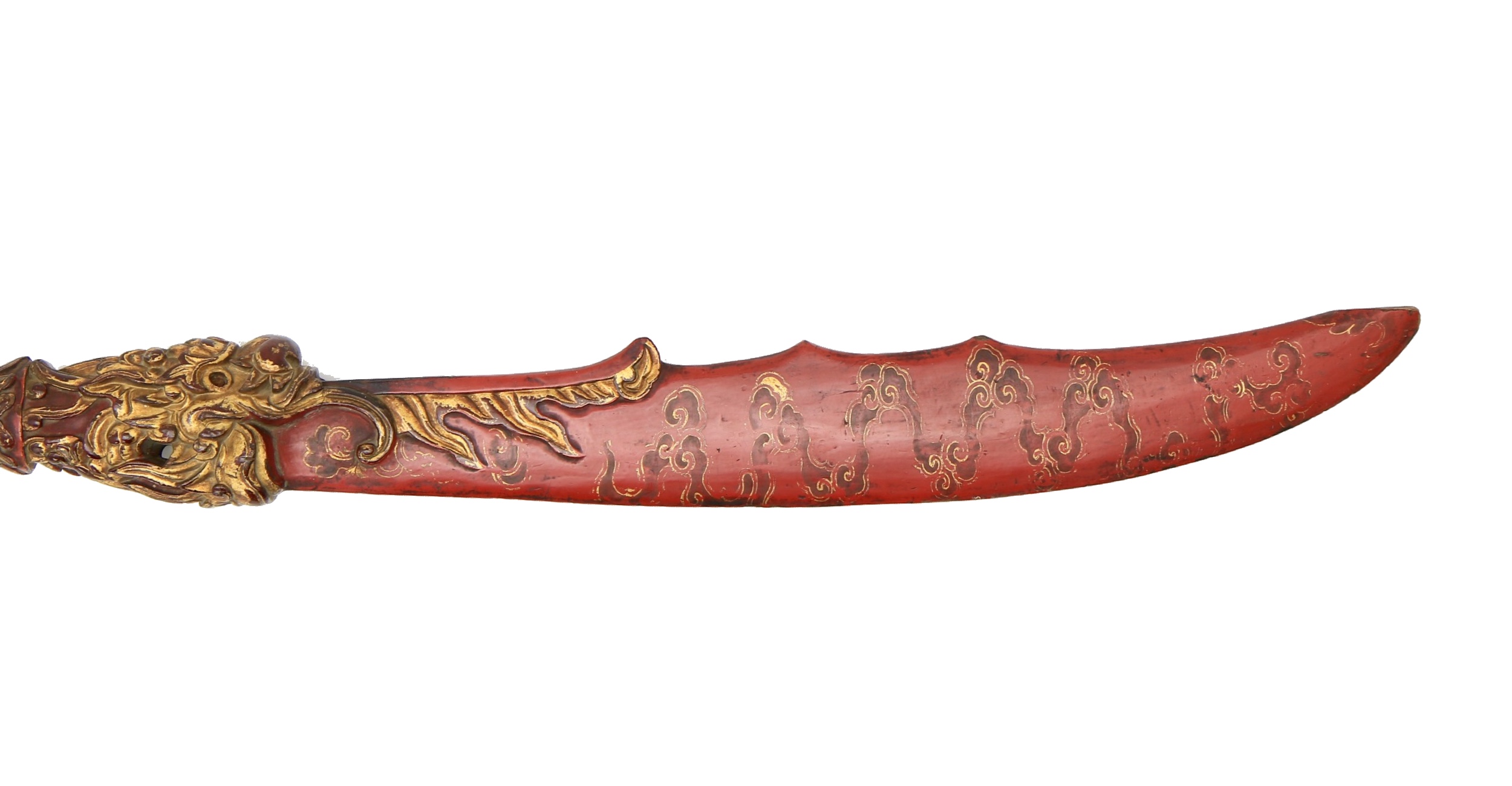 The Vietnamese Nguyễn dynasty was deeply influenced by Ming China in terms of aesthetics, philosophy, and ceremonies. In some aspects, Nguyễn Vietnam managed to preserve older Chinese rituals that had died out in China after the Ming fell. We see these strong Ming influences among others in the design of ceremonial weapons, including two-handed straightswords and polearms that in the later period were sometimes fashioned out of wood.

Here we have the head of a Vietnamese ceremonial yem nguyệt đao. This large polearm is the Vietnamese equivalent of the yǎnyuèdāo. Like many Vietnamese ceremonial arms, the piece stylistically resembles yǎnyuèdāo seen on Ming artwork with its elongated profile and only very moderate curve and widening. Both elements would become more exaggerated on later Qing examples.

The blade is entirely made of wood, lacquered vermillion and painted with stylized clouds in gold paint. The blade emerges from the mouth of a dragon, Yázì (睚眦), one of the nine sons of the dragon.

Some damage at tip, some fading of paint. Otherwise in good condition. See photos.

A rare and well-made head for a Vietnamese ceremonial polearm of the Nguyễn dynasty, modeled after earlier versions of the Chinese yǎnyuèdāo (偃月刀). 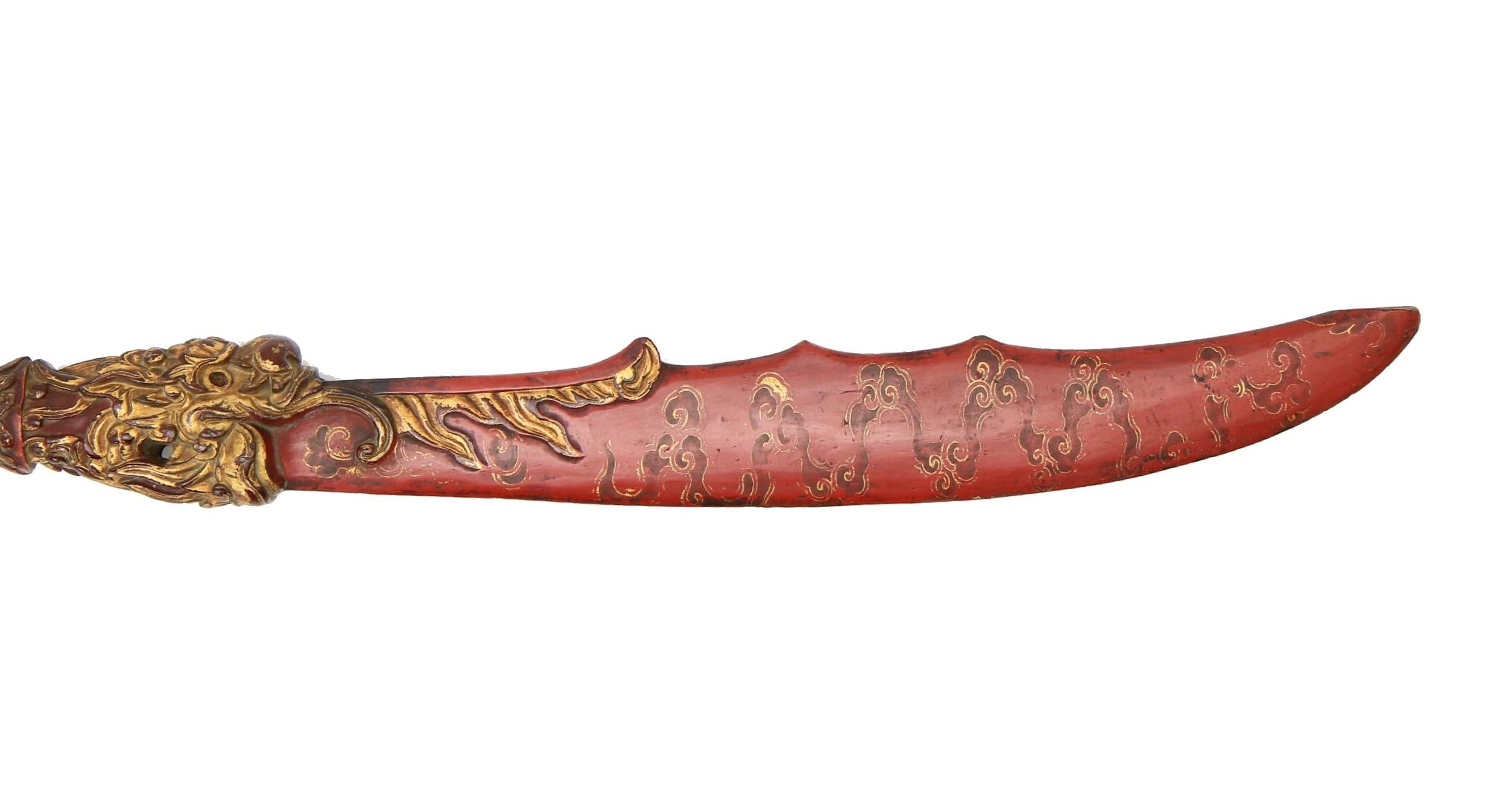 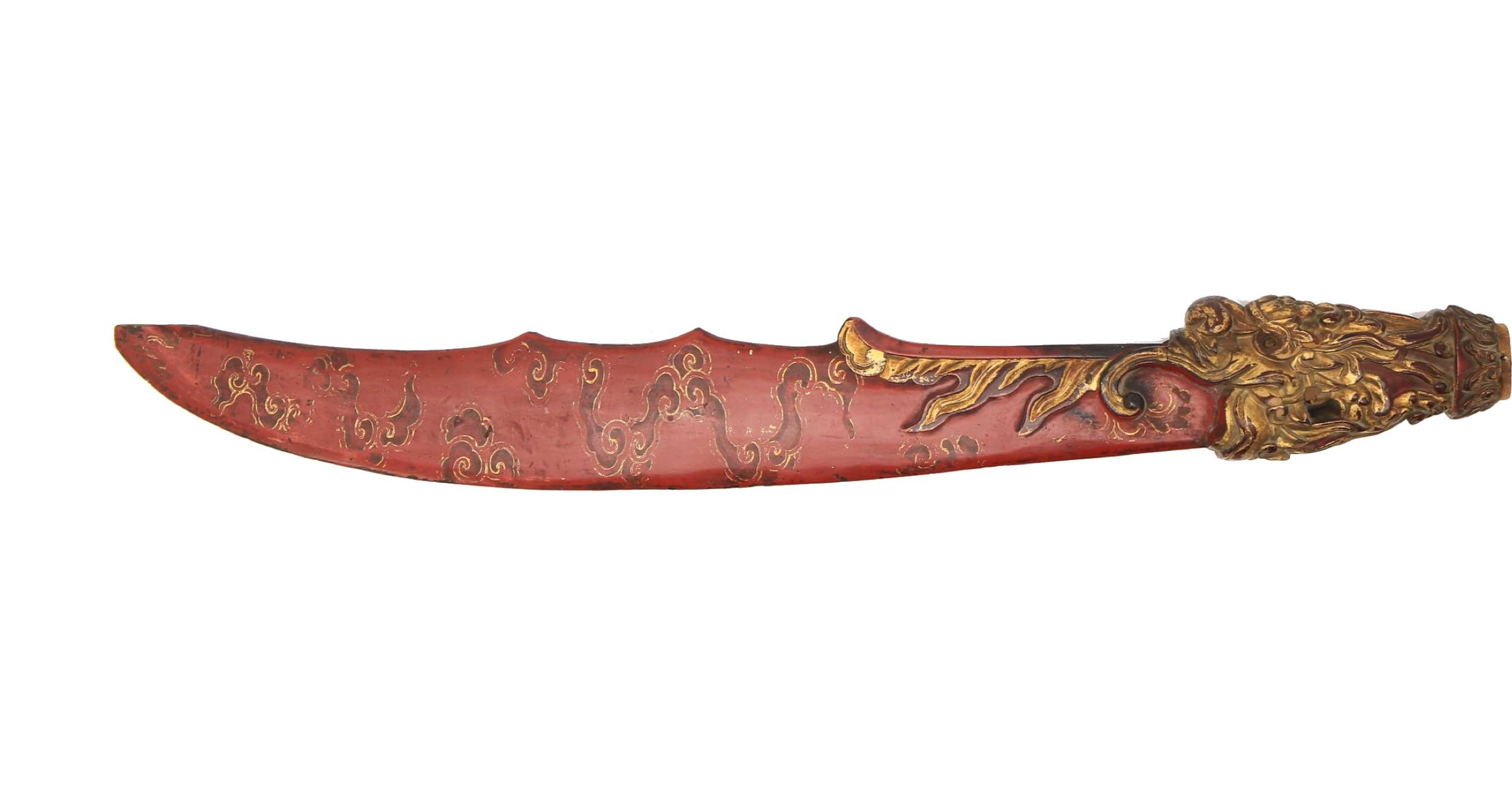 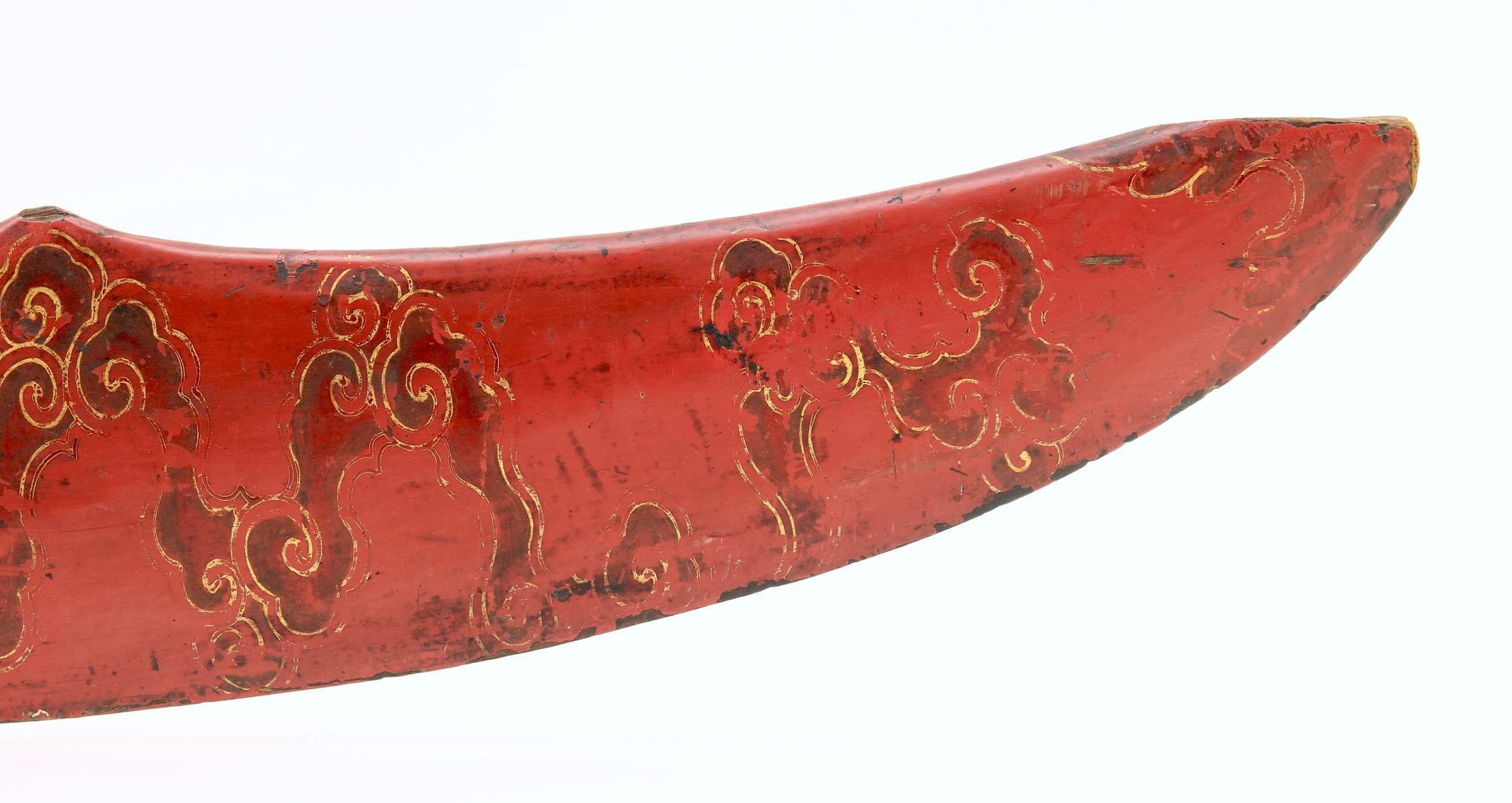 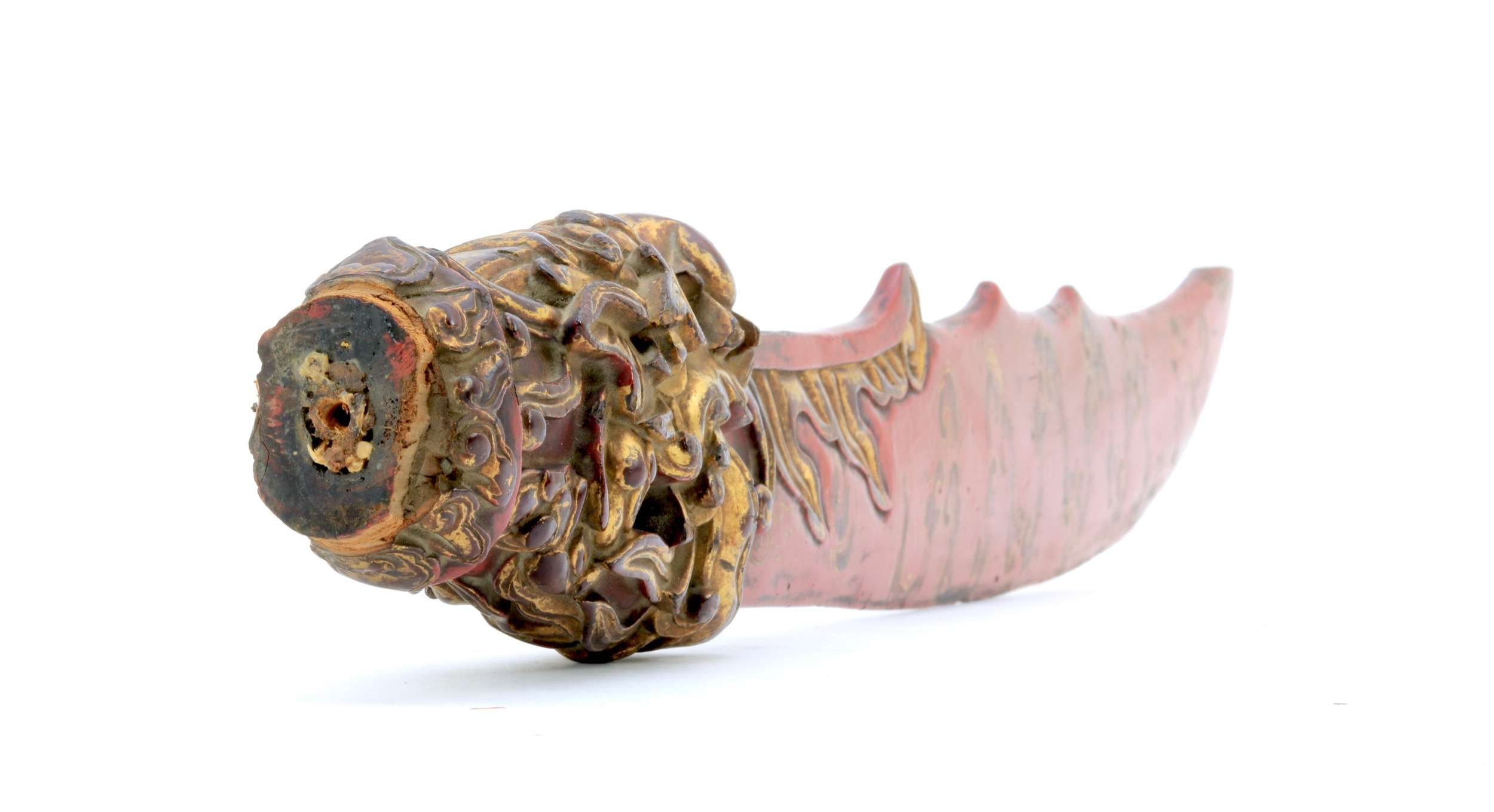