The hilt consists of two side-bars, hollow ground on the outside while the inside has two facets, with a well-defined center ridge line dividing them. The handle consists of two bars of hexagonal cross-section with a prominent thickening in the center, connected by a pierced plate and a chiseled rod on either side. The elephants may be a reference to a rather similarly positioned pair of elephants adorning the gate of Bundi palace. Not all items with Bikaner markings are from Bikaner itself, and although this katar has many hallmarks of Bikaner manufacture, it may have been made elsewhere.

A hint to possible origins is provided by two katar presented to the Prince of Wales, who was later to become King Edward VII of the United Kingdom, during his visit to India in 1875. Both with a blade with multiple grooves emerging from a scalloped base, and both with these very characteristic handlebars. One was recorded as presented by Jaisinhji Bhupatsinhji, Thakur Sahib of Dhrol, the other by His Highness the Rao of Cutch. Dhrol and Kutch are both located in Gujarat, about 100km apart. Although these gifts did not always represent purely local styles, I deem it unlikely that both dignitaries would independently present something similar that was not from their own region.

A nice all-steel north Indian katar, probably made in Gujarat and eventually incorporated in the Bikaner armory. Most striking is the opposing pair of elephants chiseled on top of the blade's base, a rather unusual feature. 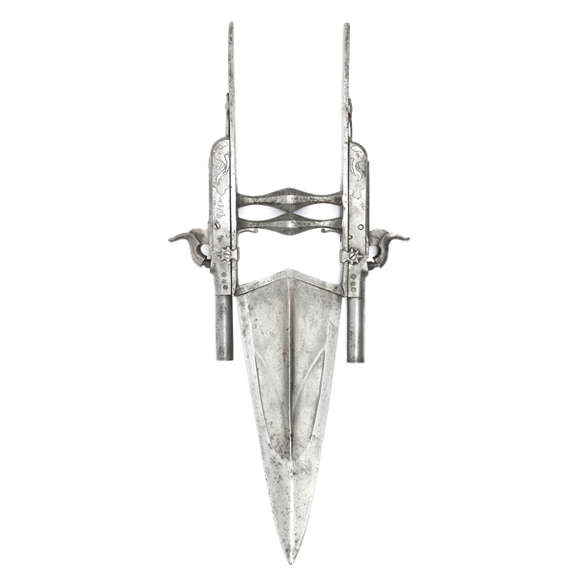