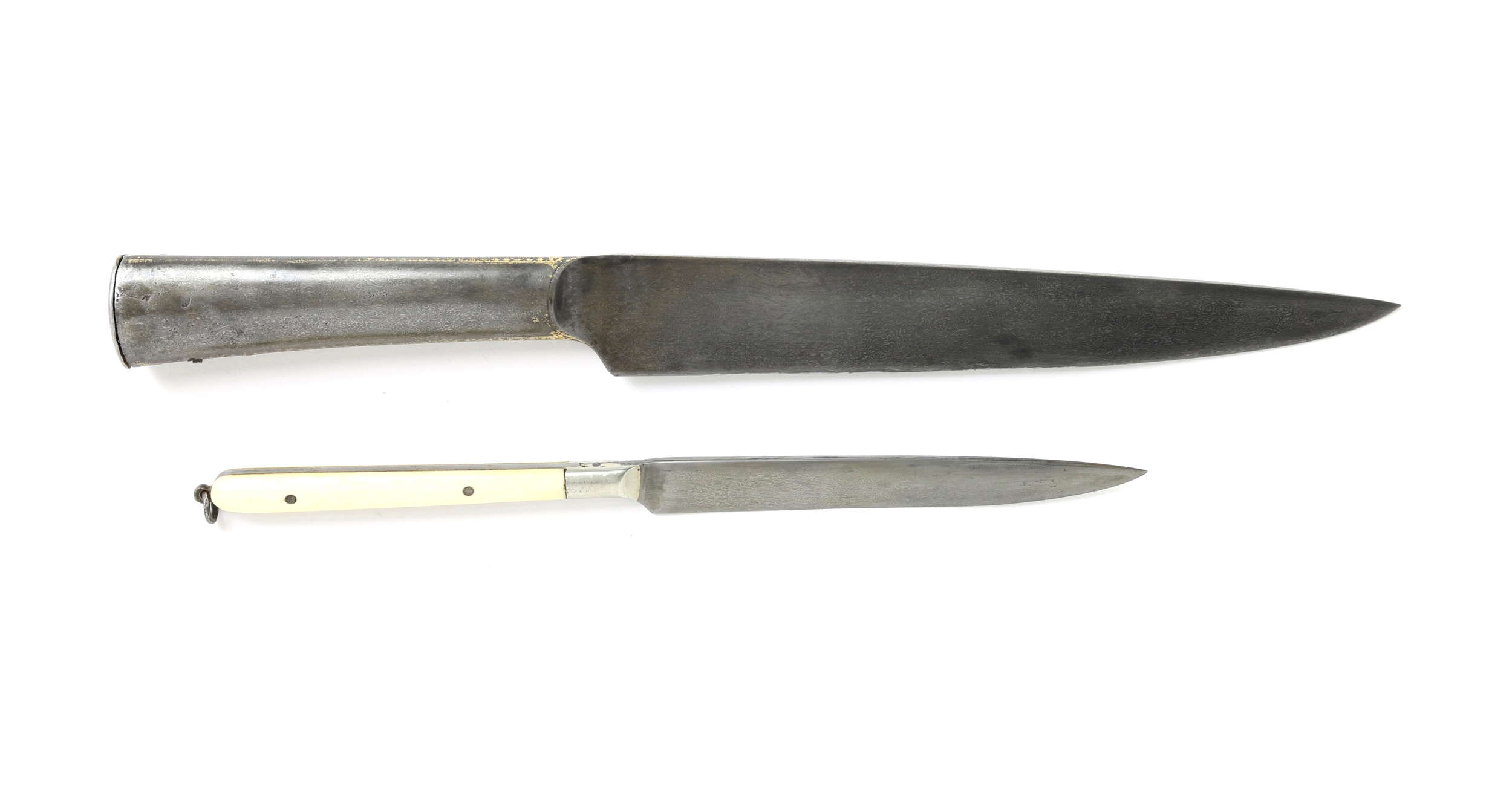 A kard (کرد ) dagger of a style found from Ottoman Turkey all the way to India, this being a North Indian specimen, probably from Rajasthan.

The wootz on the sides of blade and hilt exhibit the most prominent pattern, quite fine, complex and pretty consistent. At the edge of the blade can be seen a bright silver-colored steel meant to join the two halves there.

There are remains of subtle golden damascened borders and other small ornaments on the hilt and along the spine of the knife, but for the most part the maker allowed the fine wootz to speak for itself.

The pommel cap is hinged and can be opened by pressing a button at the bottom of the hilt. It reveals a compartment in which we can find a small utility knife. This little knife is also made of wootz steel, albeit a lower quality wootz with less activity and contrast. Its bolster is made of silver and the handle scales are made of ivory.

A nice ensemble for the lover of wootz steel.

CITES
To meet the demands of the Convention International Trade of Endangered Species (CITES), this object is sold with an appraisal document from a certified Dutch appraiser of the TMV Federation. It states that the item is manufactured in the 18th century. The little knife handle is made of ivory of the species elephas maximus, listed on CITES appendix I.

The item is within article 2 of council regulation EC NO338/97 and within Convention of International Trade of Endangered Species (CITES): The materials were removed from the wild and significantly altered from their natural state well before the date of convention: June 1st, 1947. It can be freely traded within the EU without a permit and is eligible for a CITES export permit for trade outside of the EU.

Buyers outside of Europe: Beware that it may not be possible to export the item to your country due to restrictions on international ivory trade. CITES sets the minimal restrictions, countries, and states under the convention often maintain further restrictions on top of CITES. 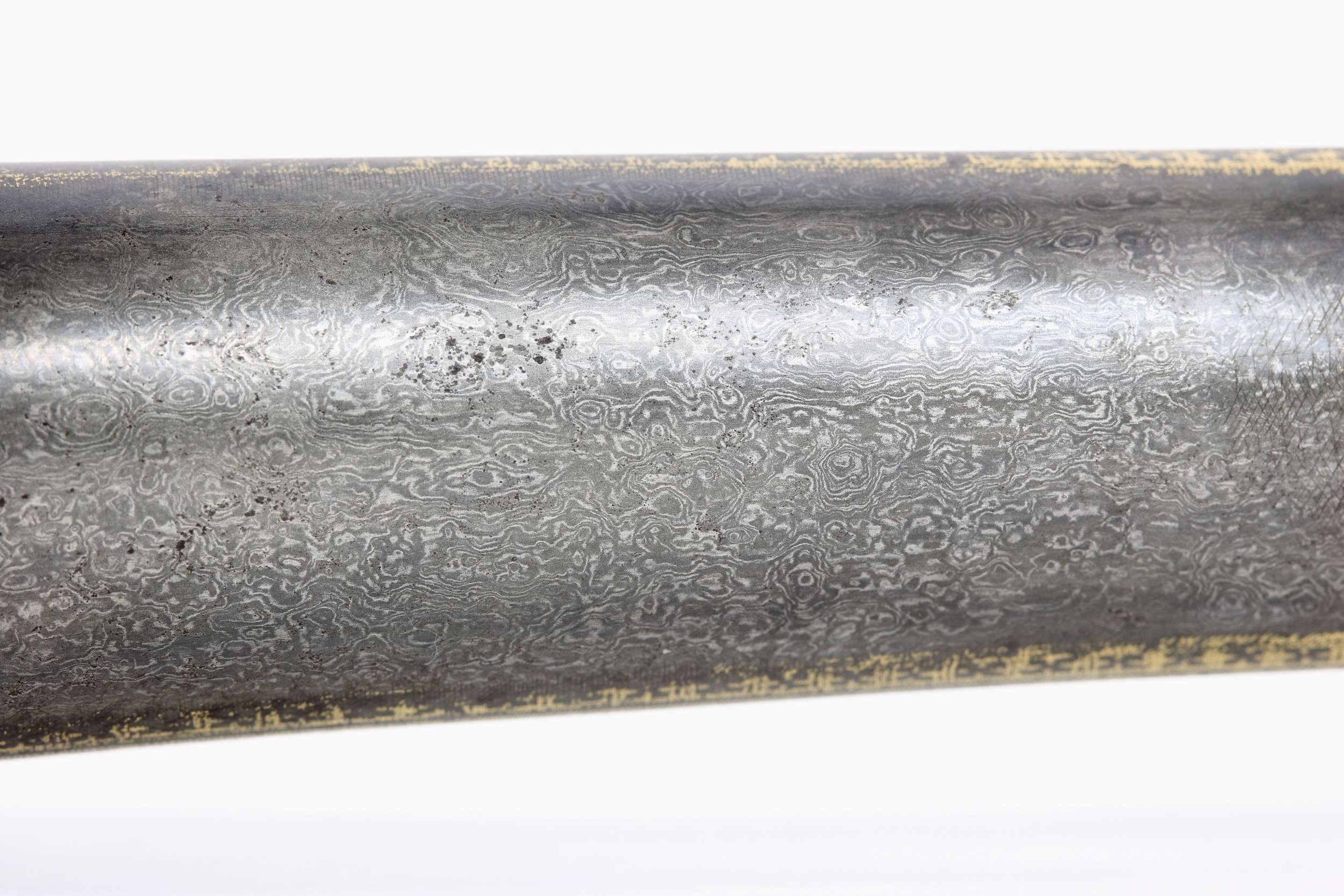