Siṃha literally means "lion" in Sinhalese. It is the national symbol of the Sinhalese people, their mythical ancestor, and the royal emblem of the kings of Kandy.

The Sinhalese have their own unique way of portraying the lion with a highly stylized, almost reptile-like face with a large crest and layers of stylyzed manes. It is therefore often mistaken for a makara, by the uninitiated.

On Sinhalese arms the siṃha almost exclusively occurs as the pommel (gediya) of the kasthāné, being present on almost all from the sword of the king down to simple soldier's weapons.

A Sinhalese kasthāné made by the King's "four workshops", second half 18th century.

As a design feature, the siṃha pommel is already seen in a fairly mature form on the first sword of its type known: 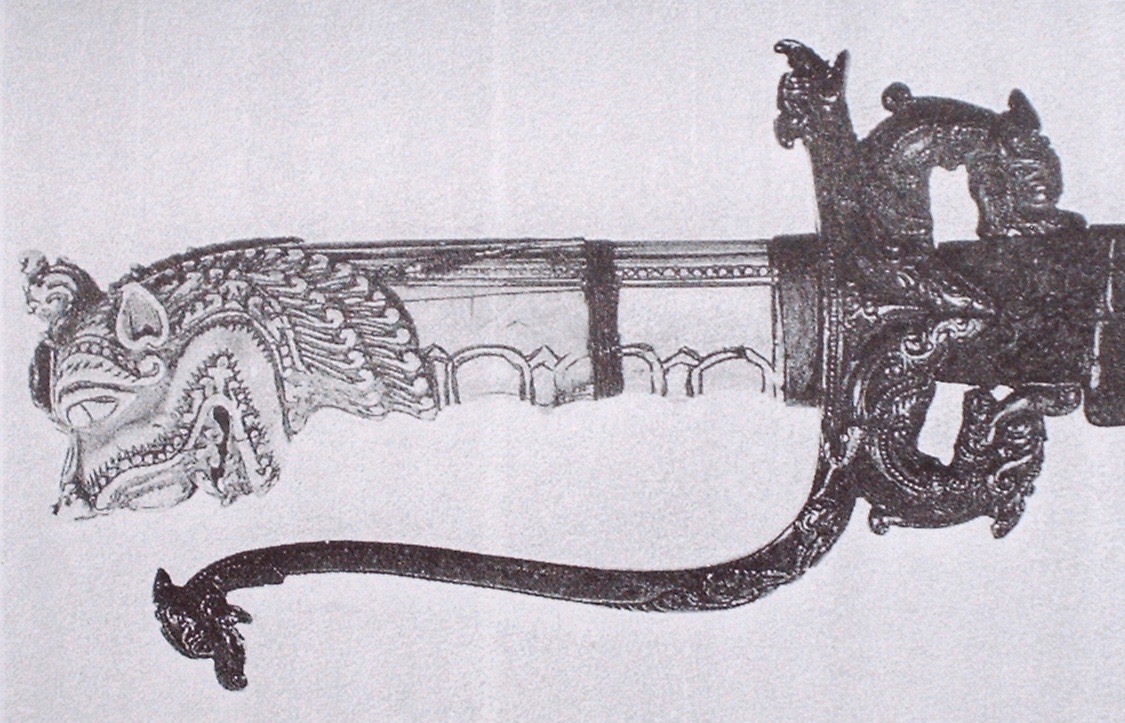 This earliest kasthāné was supposedly acquired in the Philippines by Hasekura Tsunenaga, Japanese samurai and retainer of the daimyō of Sendai, Date Masamune. Hasekura headed the Keichō Embassy (慶長使節) to Spain and Rome in the years 1613-1620 and presented this piece to Date Masamune upon his return.2 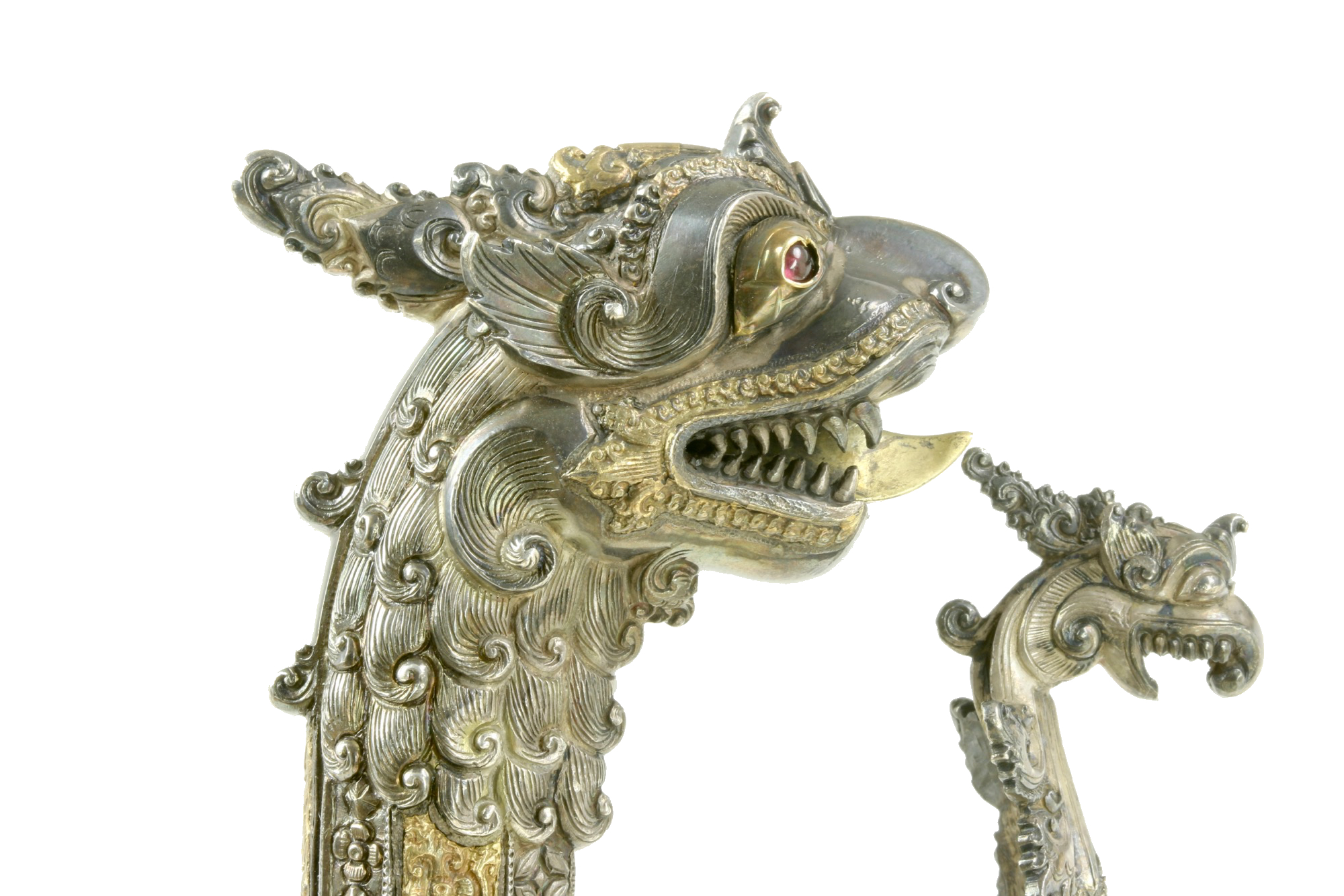 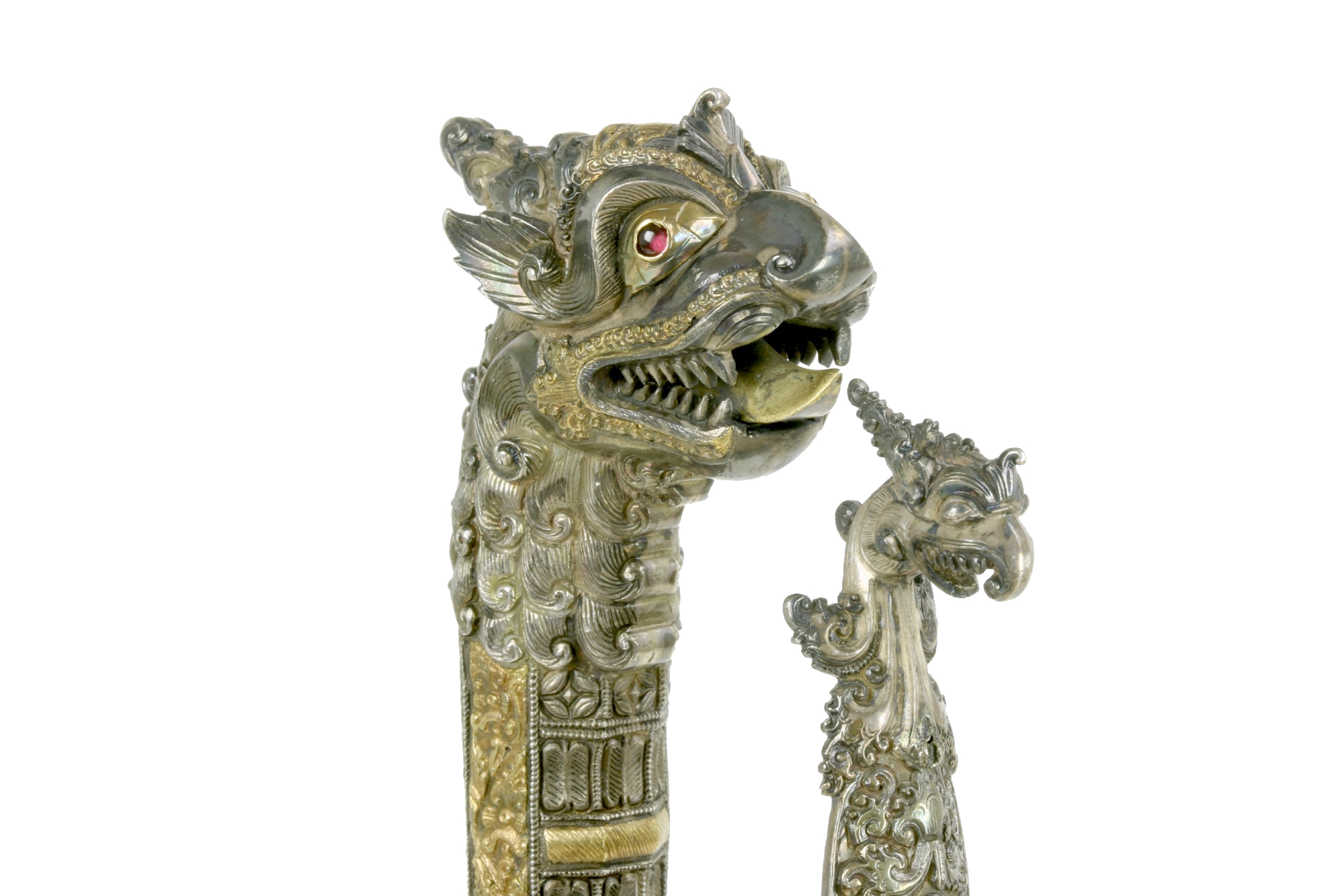 Same sword, viewed from the top.

1. Ananda K. Coomaraswamy; Medieval Sinhalese art: being a monograph on medieval Sinhalese arts and crafts, mainly as surviving in the eighteenth century, with an account of the structure of society and the status of the craftsmen, Second Edition, Pantheon Books, New York, 1956. Pages 86-87.
2. For some background on this fascinating story, see Hasekura Tsunenaga's wikipedia page. Also see: Japanese Arts and Crafts.

Of the Royal Workshops of the Kingdom of Khandy.

An impressively large kasthāné, dating from the 18th century.