Pedang lurus literally means "straight sword" in Indonesian. The term is usually used to describe a distinctive type of Javanese shortsword with hilt and scabbard covered entirely in silver sheet, usually worked in repousse and / or engraved.1

The hilt, scabbard and sometimes also the blade often show strong influence from European hunting hangers that were used to finish off a wounded animal during the hunt.

The blades on these are usually straight, but sometimes have a gentle curve. They are usually entirely or partially double-edged. vary from local blades with a strong pamor, to imported blades, sometimes with VOC markings.

A typical example. With native blade with strong pamor.
Sold by Mandarin Mansion in 2017.

Precious little is known about these interesting swords.

The name pedang lurus is only found in one historical source, namely Gardner, of 1936. The name accompanies a line drawing but otherwise there is no mention of the sword.2 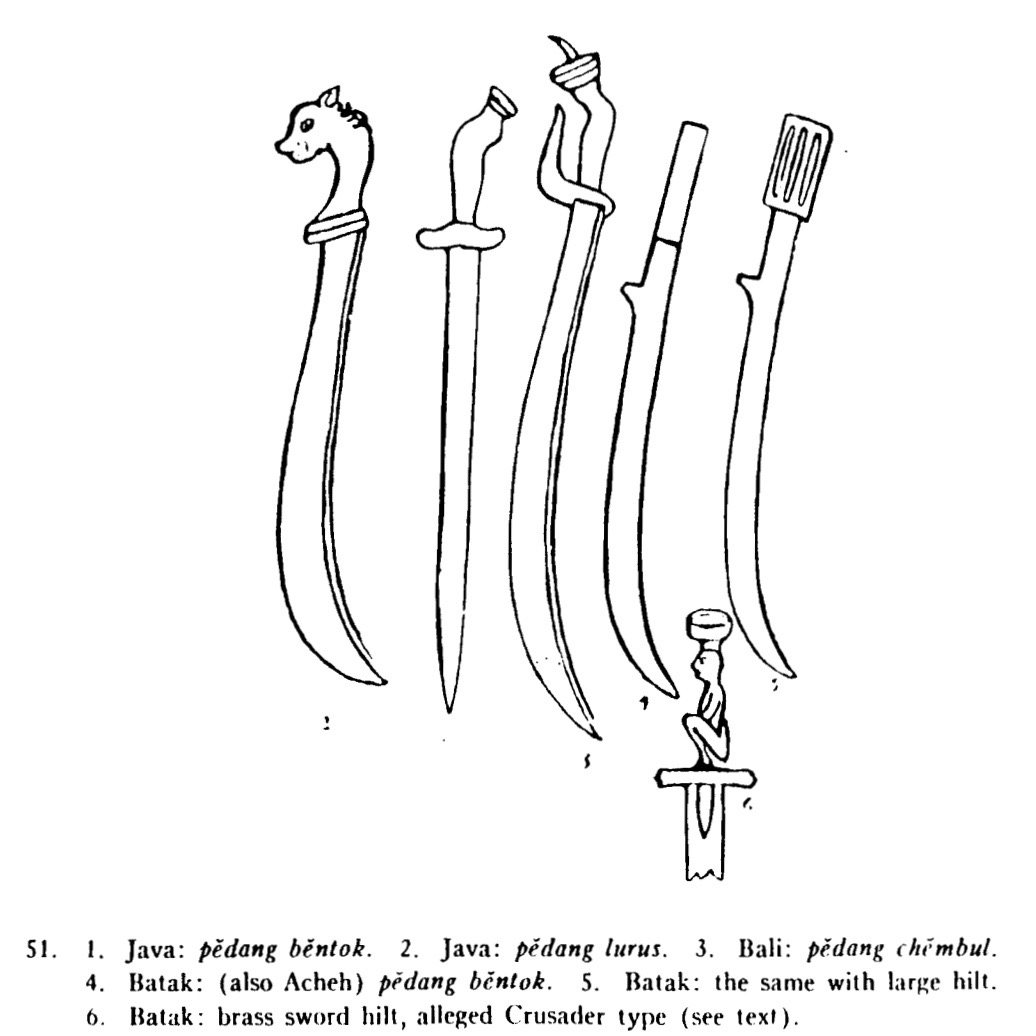 The illustration from Gardner.
The pedang lurus is the second from the left.

Photos of four pedang lurus are published by Dieles in 1980, described simply as Javanese pedangs.3

A large straight sword without silver mounts is illustrated by Raffles in 1817. The illustration is accompanied by the following text:

"Besides what may be thus termed the ordinary dress, two grand distinctions are noticed in the costume of the Javans: these are the war dress and the court dress. The former consists of chelána or pantaloons, buttoned ffom the hip down to the ancles; the kátok, short kilt or petticoat of coloured silk or fine cotton, descending just below the knee; and the ámben or girth, rolled tightly round the body seven or eight times, like a military sash, and securing the whole body from below the arms to the hips: this is made either of silk or very fine cotton. Over this is drawn a tight vest without buttons, termed sángsang, and over this again the ordinary vest or kótan with buttons, buttoning close round the body and neck, the síkapan or jacket being worn over the whole. The túdung, or shade for the
face, is usually worn on this occasion, as well as shoes or sandals.

The ang’ger or sword belt, which goes round the waist, also forms an essential part of the war dress, in which the pedang or sword is suspended on the left side. Three kríses are usually worn in the waist on these occasions, one on each side and the other behind. These consist of the krís which the wearer particularly calls his own, the krís which has descended to him from his ancestors, and the krís which he may have received on his marriage from his wife’s father. The latter is often placed on the left side for immediate use. This dress is worn in going into the field of battle, on which occasion it is the custom to appear in the richest attire their means admit, and to wear the rings and the other valuable jewels or trinkets which they possess." 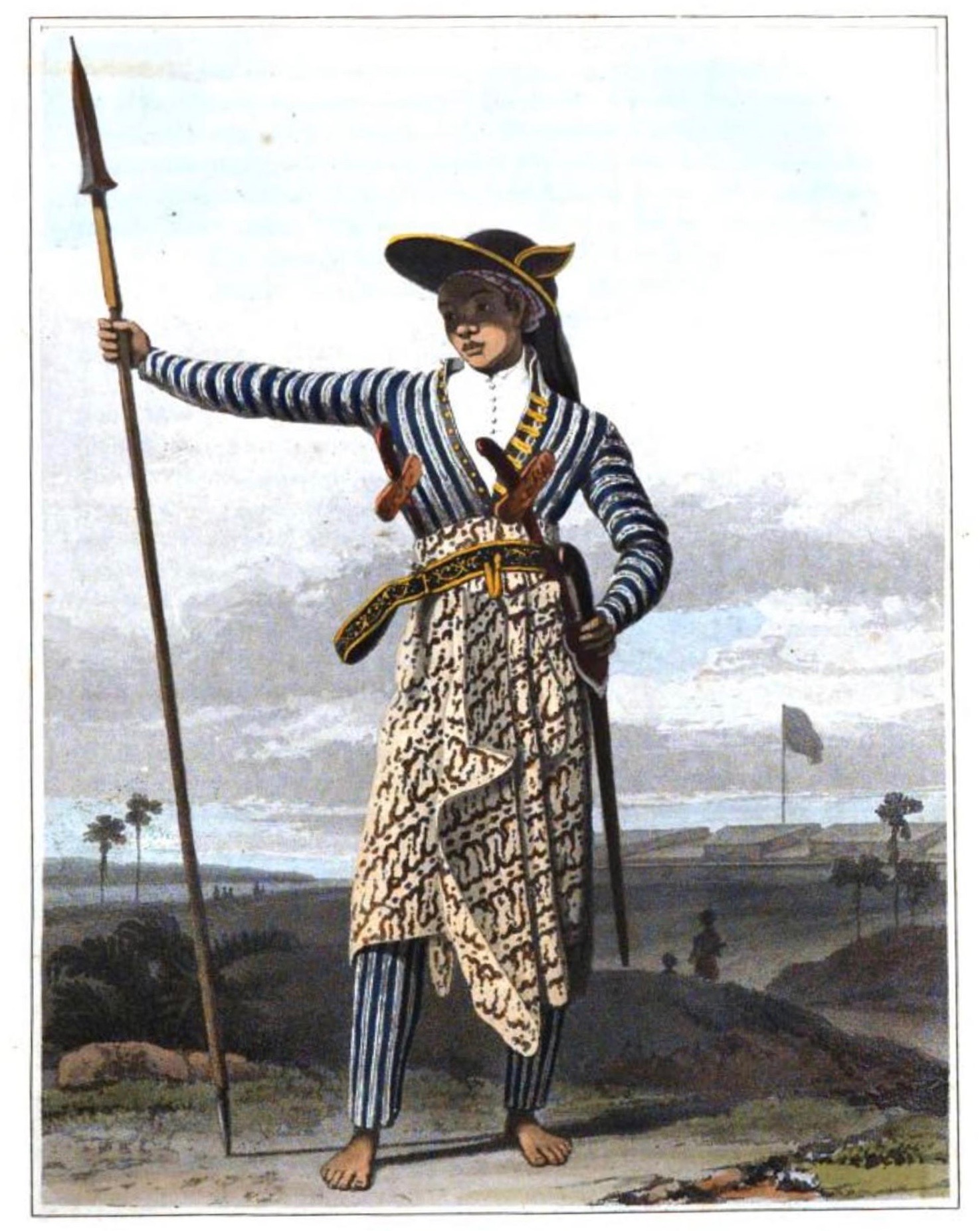 Illustration of a Javan in war dress.
From Raffles, 1817.