Qing bowstrings were typically very thick, and so often consisted of different segments that could be folded for easier transport and storage. 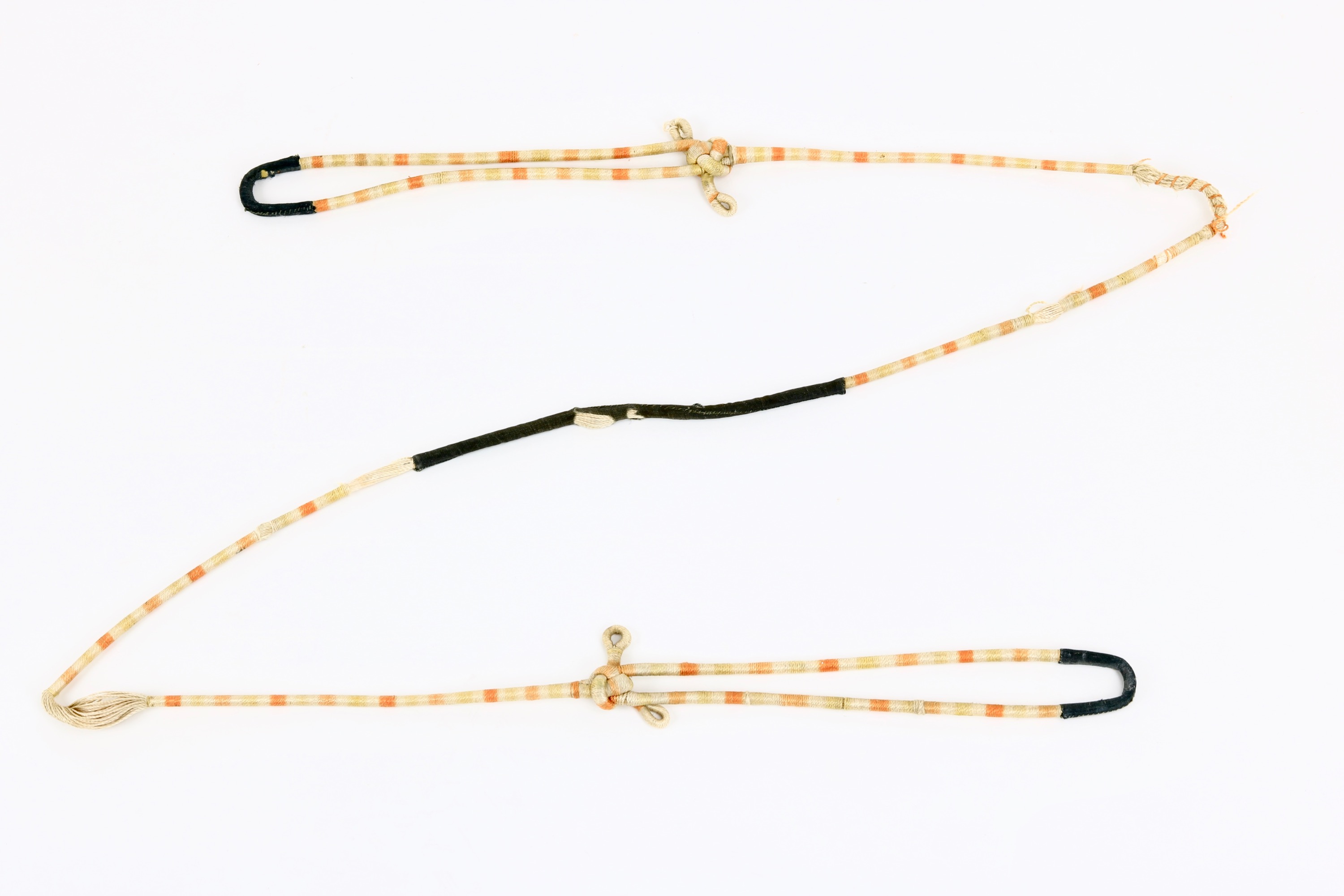 Knot in a Qing dynasty bowstring.

In the Qing, members of the elite were sometimes sentenced to death by strangulation with a bowstring.* Considered a more noble death than decapitation, because it allowed the body to stay intact.

This execution method was also practiced in Persia and the Ottoman empire.

Rare extant work of a famous workshop in Chengdu.