The yànchìdāo (雁翅刀) or "goose wing saber" is a subtype of the Chinese liǔyèdāo saber class. It has the gently curved blade that defines the liǔyèdāo but with a clipped tip. The type has also been described as fēngchìdāo (風翅刀) or "phoenix wing saber".

The clipped tip can be straight or slightly hollow, smooth or serrated. Often there are grooves, engravings or other decorative elements near such tips.

Clipped tips on sabers and shortswords seem to start appearing on Song dynasty artwork and are fairly commonly seen on artwork until the Ming. The style becomes rarer in the Qing, but does remain in use into the 19th century as shown by antique specimens that survived. 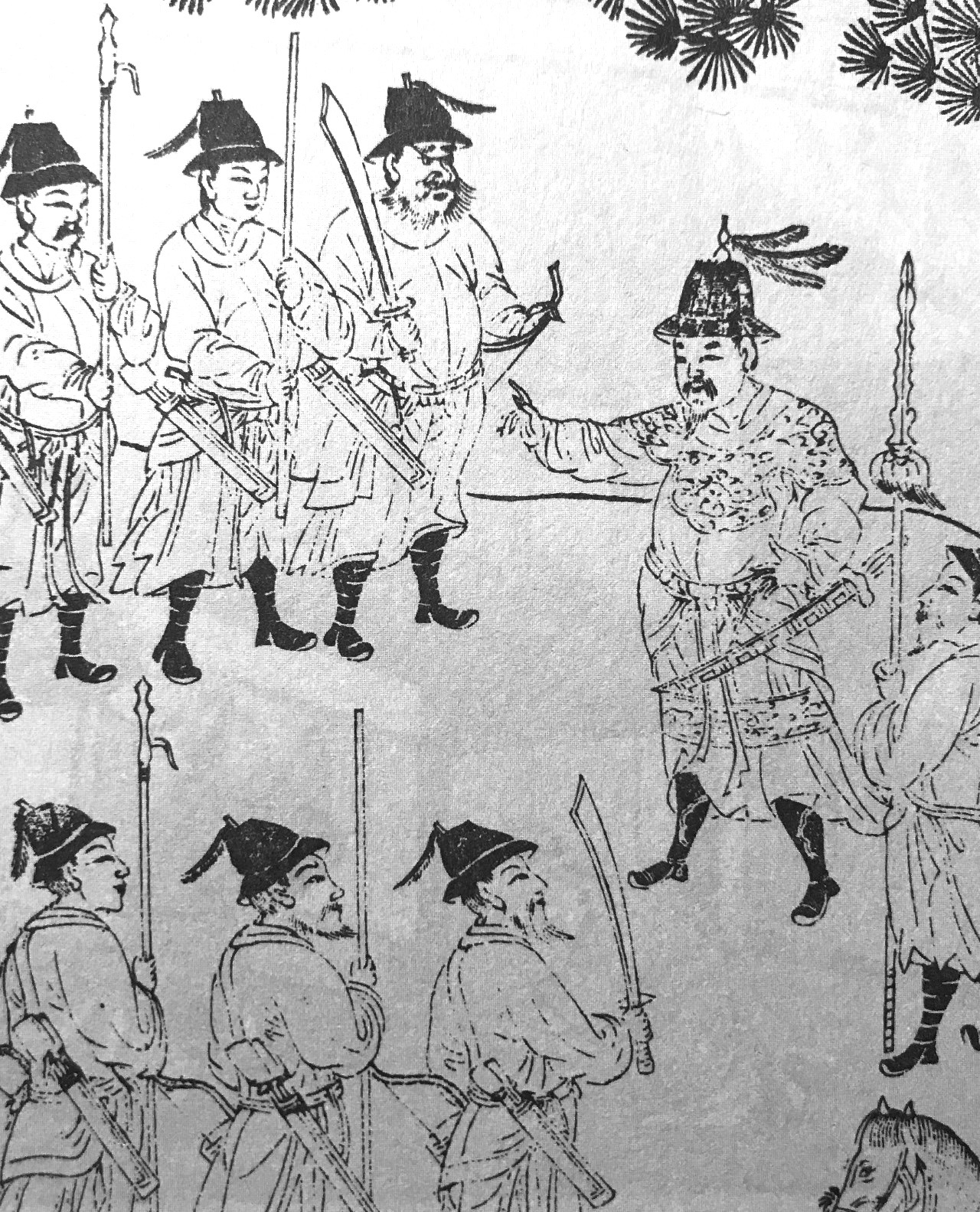 Sabers with clipped tip in an illustration in Jin Zhong's Rui Shi Liang Ying (瑞世良英) of the late Ming dynasty.

Origins of the term

Like many Chinese saber names, I have not been able to find the term mentioned in historical texts. It needs mention that most texts don't discuss blade specifics because they were largely up to the user, this is true for martial arts manuals as well as military texts on arms production and maintenance.

One would expect sword making workshops to have had more specific terminology but as far as I know, none such information has survived and all traditions were cut off in the 20th century. Today, fēngchìdāo is a standard part of the vernacular of Chinese sword collectors, both in China and abroad.

Jin Yiming's Single Defense Saber of 1935 illustrates a saber with a clipped tip and calls it a guǐtóudāo (鬼頭刀) or "ghost head saber".1 This exact name, guǐtóudāo, is still used by the Chinese to describe a type of fish of which the male has an abruptly sloping head. 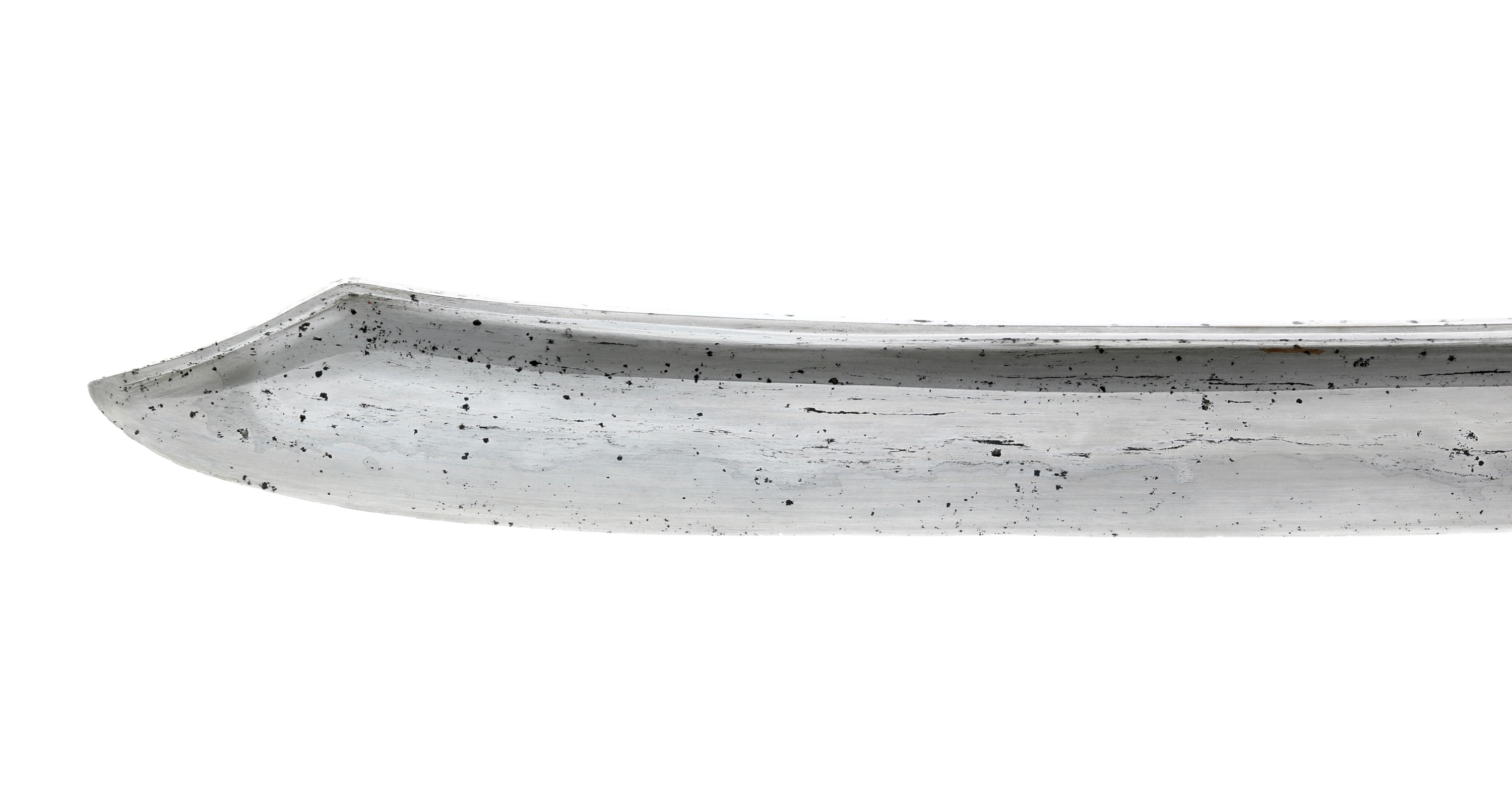 A Qing yànchìdāo of the 19th century.