Chinese straightsword, or jiàn was primarily associated with the upper class. Nevertheless, among antiques, we encounter a good number of unpretentious, simple fighting jian. We call them tuánliàn jiàn (團練劍) or "militia jian" because they were most likely made for local militias in times of peril.

A tuánliàn jiàn with simple iron mounts in a style reminiscent of the Ming.
Personal collection.

China was vast, and rural villages often could not rely on the state army for protection. As a response, they started to organize themselves in militia called tuánliàn (團練). Its literal meaning was: "assemble and practice".1 These militias consisted of able-bodied men who were to gather and practice on set times to prepare them for the defense of their village. The organization and leadership over these militias was often in the hands of the local gentry, the literary elite whose sword was the jian.

The above explains why in times of great social upheaval in China, like the rise and fall of dynasties, large numbers of practical fighting jiàn were produced for militia trained by jiàn wielders and not military saber instructors. As can be expected, most militia jiàn on the market today date from the decline of the Qing dynasty in the 19th century, but a small group can be dated much earlier: the fall of the Ming dynasty in the 17th century.

"Recently, frontier officials beg for the manufacture of a short bodied jiàn that [offer] substantial protection." 2

Notes
1. For a thorough introduction to these militia systems, see Philip A. Khun, Rebellion and its Enemies in Late Imperial China, Rainbow Bridge Book Co, 1970.
2. The Sāncái Túhuì (三才圖會) was an illustrated encyclopedia compiled by Wang Qi (王圻) and his son Wang Siyi (王思义). It was completed in 1607 and published in 1610. Also see: Di Cosmo, Nicola; Military Culture in Imperial China, Harvard University Press, Cambridge Massachusetts, and London, England, 2009. Page 233. 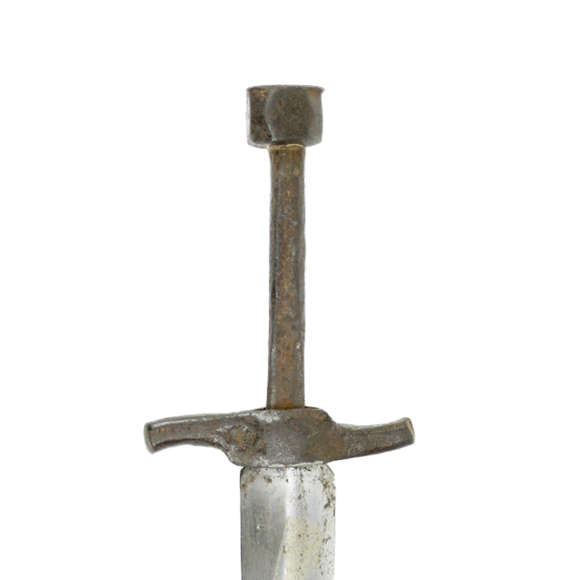 An early Chinese militia jiàn most likely dating from the Ming. 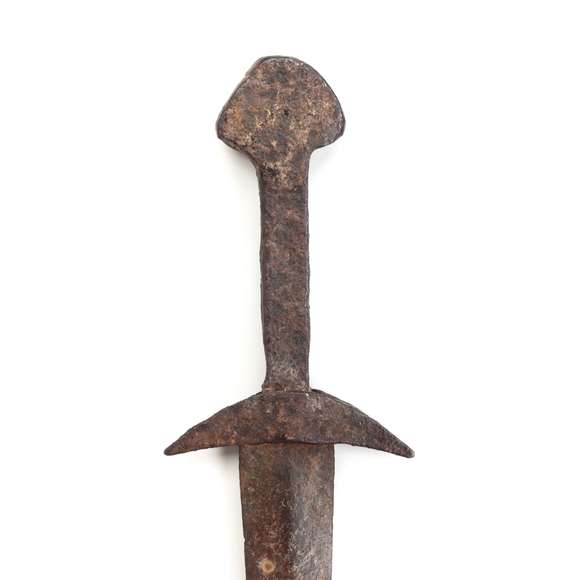 An honest, unpretentious fighting weapon of the Ming-Qing period.