Sialkot is a district in Punjab, present-day Pakistan, with a capital by the same name. Among arms and armor enthusiasts it is mostly known as a production center of weapons, primarily under the brief Sikh empire which lasted from 1799-1849 A.D. After their fall, the British instated a "Disarmament Act" after which many former armorers started to make utensils incorporating the gold overlay work they used to do on arms.

Bonhams sold an interesting iron box with gold koftgari that was inscribed with a maker in their Islamic and Indian Art Online Sale of 10-18 November 2020. London, New Bond Street, lot 182. 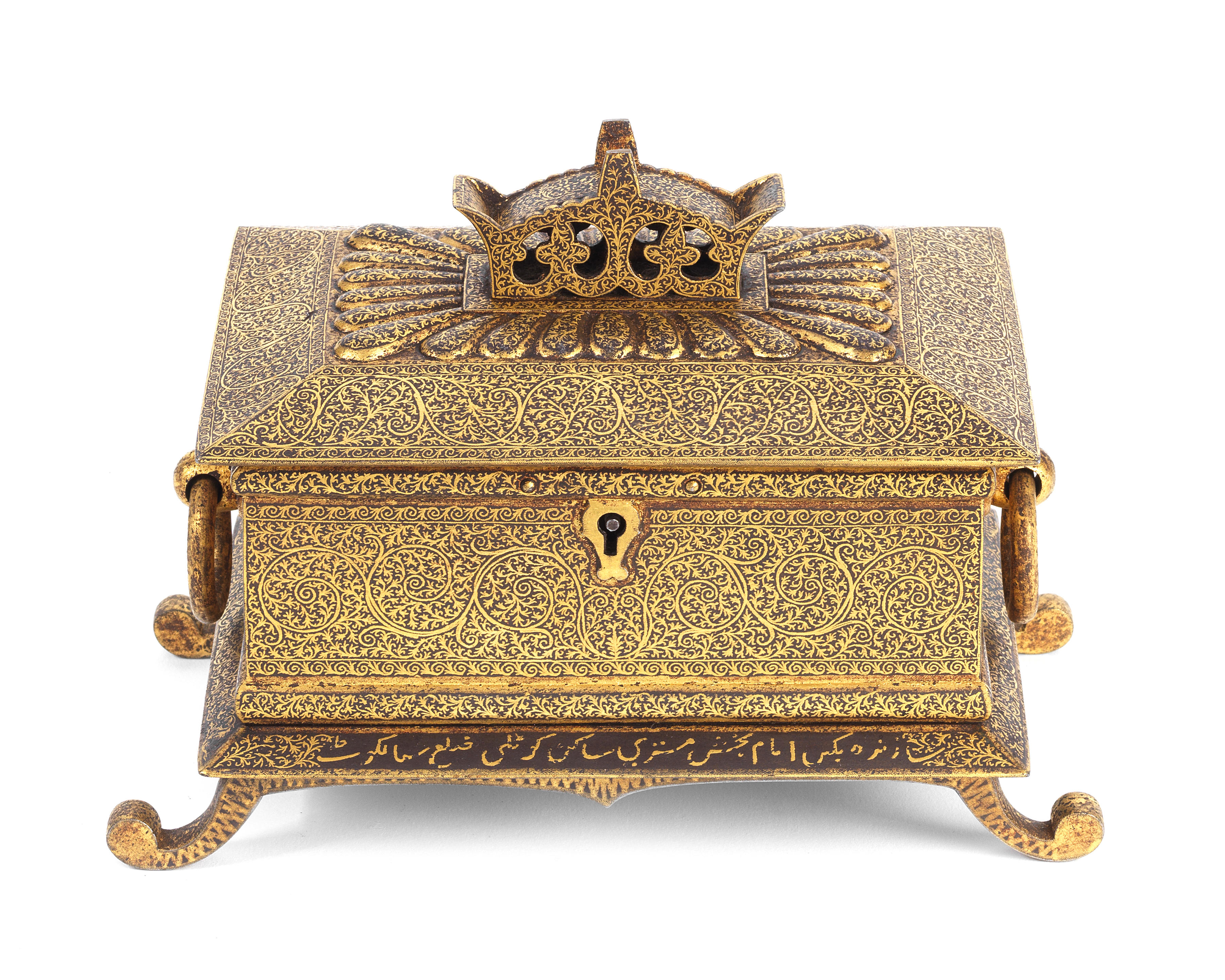 "Maker of the box Imam Bakhsh Mistri, resident of Koltli of the district of Sialkhot"