Shibuichi (四分一) literally means "quarter" which refers to its composition being generally a quarter silver and three-quarters copper. It used to be known as oborogin (朧銀) or "dull silver" as well.1

It probably already existed in the 17th century but its first mention is from the early 18th century and it gained widespread popularity as a material for sword mounts from around 1750 onwards.2

It was patinated into a range of subtle colors, usually a greenish grey but also shades of blue or brown depending on the exact composition of the alloy and the compound used for the patination. 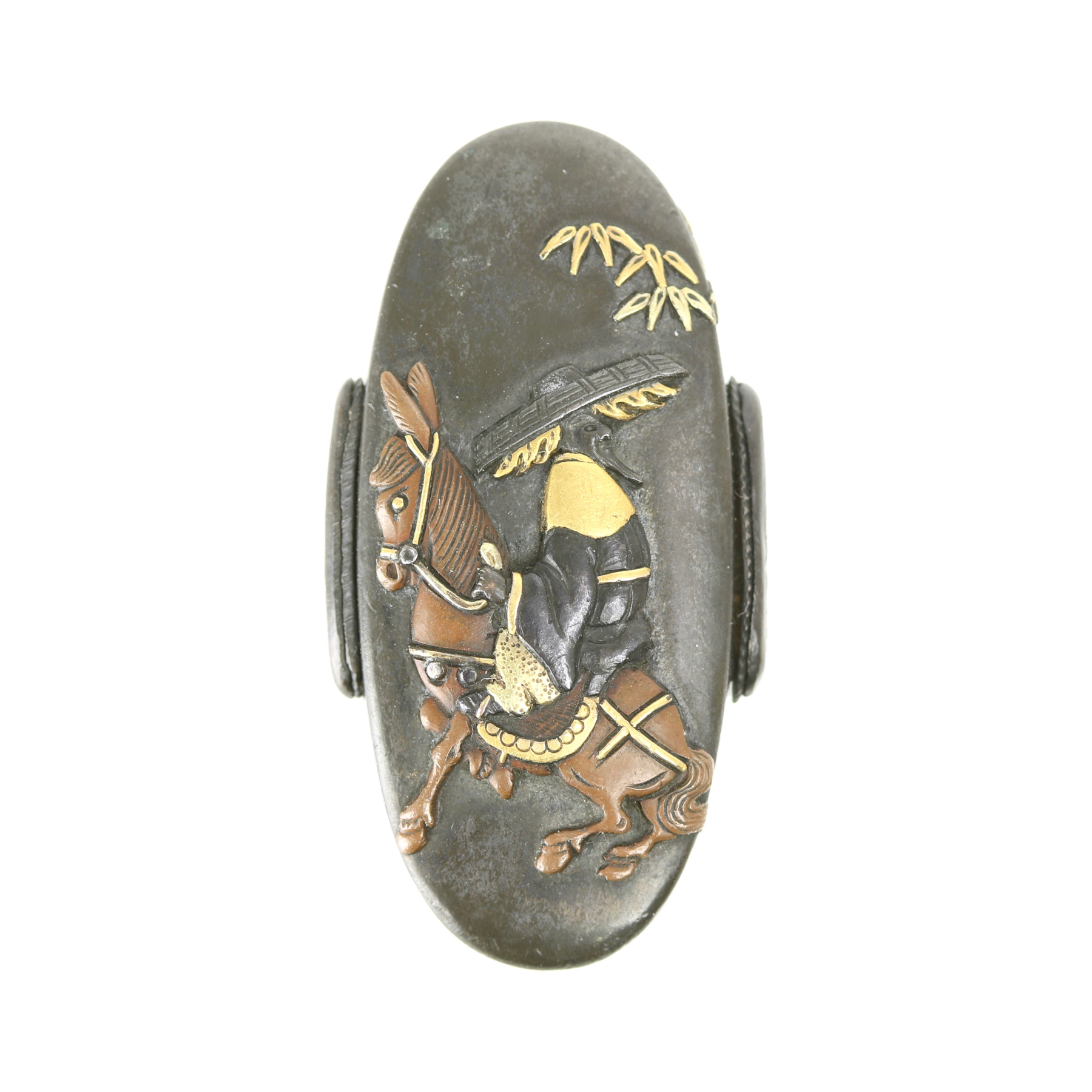 An 18th century Japanese pommel cap (kashira) made in shibuichi.