Saya Pyo, a.k.a. Maung Pyo was a Burmese craftsman who was active in Mindan Village, Yamethin District. He came from a lineage of artists specializing in smithing combined with silver overlay work, going back five generations. His father was Saya Lan.

The word saya is probably hsa̱ja (ဆရာ) which means teacher or male practitioner of a particular art or trade.

He and his father were interviewed by E.N. Bell who wrote a monograph on iron and steel work in 1907. Bell wrote:

"Another artistic development has its home in Mindan Village, Yamethin District, where every household depends mote or less on its smithy, though there are only a few professors of the particular art to be described, which consists of an inlay of silver wire upon an iron surface. 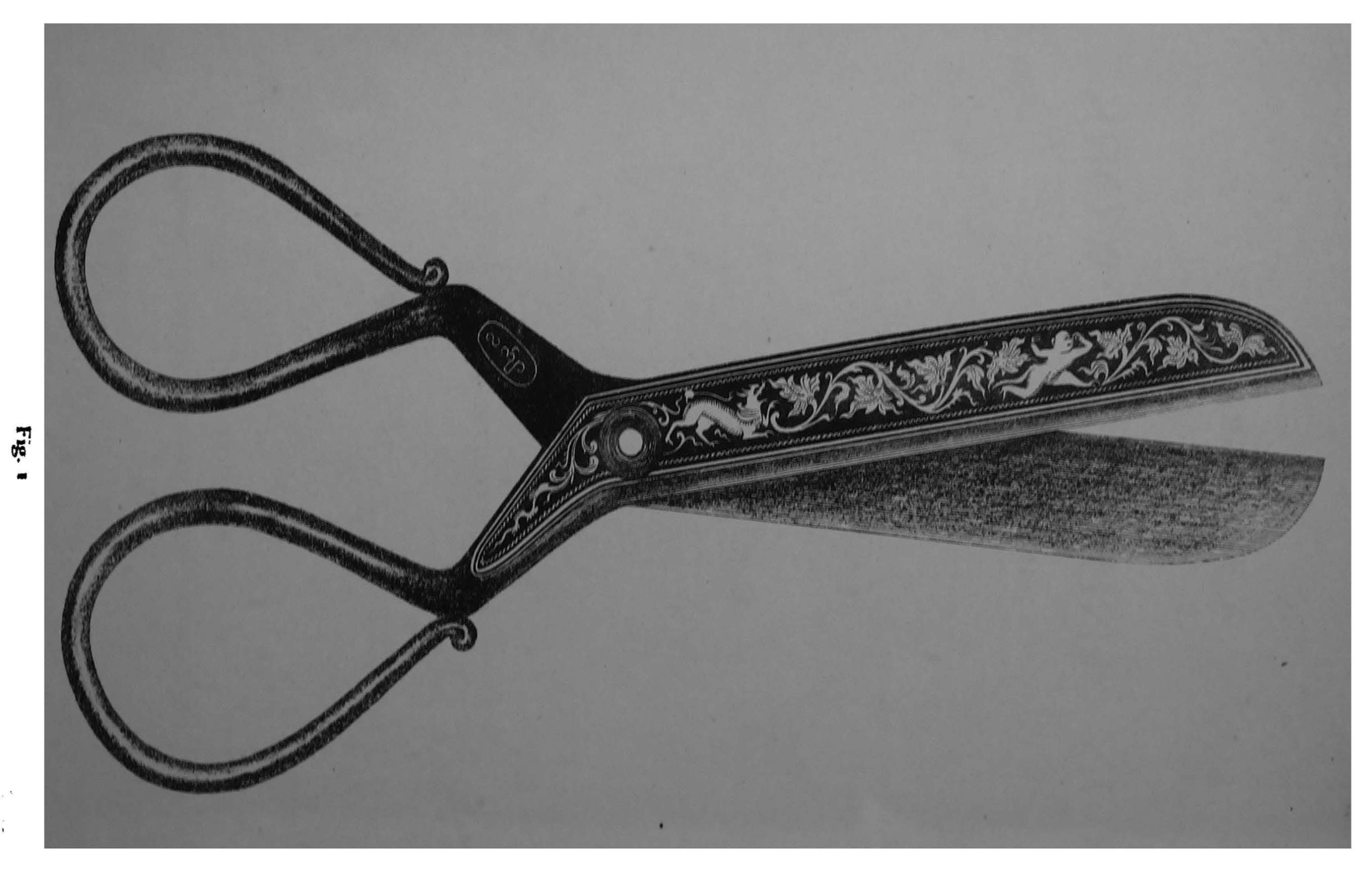 A silver overlaid scissor made by Saya Pyo.
The marking, လကျ်ာ, means "right" as in "right hand".

A Burmese dagger or dha-hmyuang, made by Saya Pyo.

Silver overlay work on a dha-lwe by Saya Pyo.
The blade shows the career of the patron saint of Burman smiths, Maung Tin De.

Composite illustration of the dha-lwe made by Saya Pyo.

A Burmese dha made in 1898 showing an uncanny similarity to Saya Pyo's work.
Sold by Mandarin Mansion in 2019.

A close-up of the above dha.

"This industry is said to have had its origin five generations before Saya whose son Saya Pyo, the chief local artist, turned out the articles shown in the illustrations. The originator's name is forgotten, but the art is traditional, from father to son, each improving on his ancestors, as Saya Lan himself said:

"Supposing that a dalwè is to be made, a sufficient supply of raw metal is first forged into a blade: then the central space which is to be ornamented is into a minute criss-cross with a small cold chisel, sut: this cold chisel is of superior metal, preferably an English file cut up. The left hand holds and pushes this forward, the right hand wields a small hammer.

When the blade is sufficiently scored, the worker with a small pair of pincers, nan-zwè-hnyat, holds down the silver wire in position: a few smart taps and this is hammered into the cold iron and becomes one flesh with it, atha-ta-thade-pyit-thwa-dè; the design grows rapidly, though no pattern is traced out beforehand, and the hand moves on unerringly.

When both sides of the blade are completed it is heated gently and all the design gone over with the hammer: then with the cold chisel the outlines are defined, and the features brought into slight relief: roughnesses are smoothed down with the hammer, a bath of cold water and a polish with a cloth, and the blade is complete.

The silver pattern being so firmly incorporated with the blade that it is almost impossible to detach it, even with chisel and hammer. But save for the forging the metal is never brought to a red-heat."

A signed and dated Burmese dha.