Qiàoshàng shuāngyǎn shù (鞘上雙眼束) literally means "two-holed binder on top of scabbard".1 It is the suspension bar held by the two suspension bands on Chinese sword and saber scabbards. 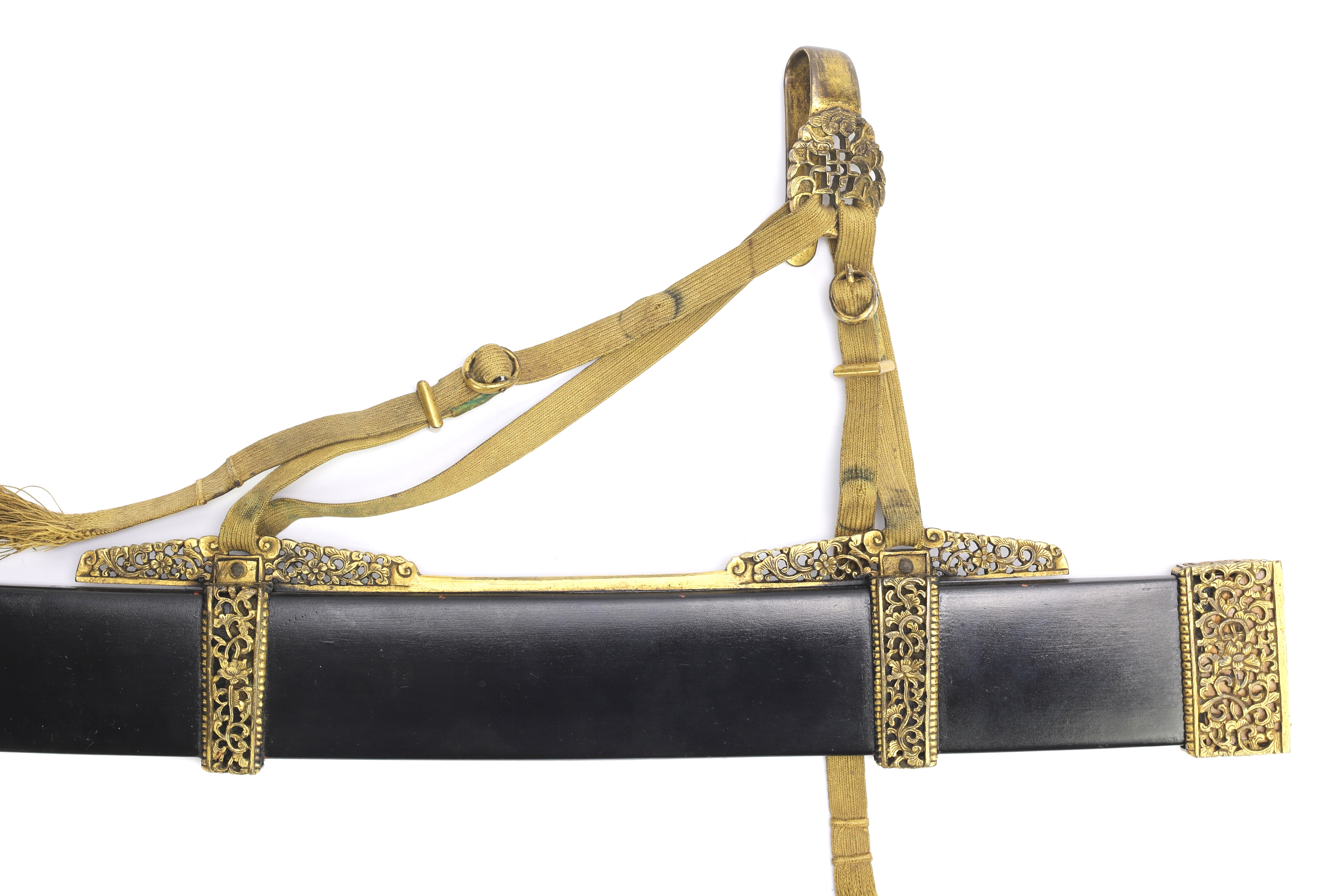