Pèidāo literally means "waist-worn-saber". It is a term used in the Qing dynasty to denote any type of dāo that was worn suspended from the hip, often as part of one's official or military attire. Pèidāo refers to the way the weapon is worn and says nothing about blade shape which could theoretically be any form of dāo, even straight ones. Most pèidāo, however, have liǔyèdāo blades.

A typical Chinese pèidāo of the 19th century mounted in fittings for a military officer.
Blade possibly earlier. Sold by Mandarin Mansion in 2016.

During the Qing, pèidāo was synonymous to yāodāo (腰刀) or "waist saber". Both terms were used in Qing dynasty official texts, but pèidāo was the more classy term that we tend to see in writing meant for the upper echelons of Qing society. 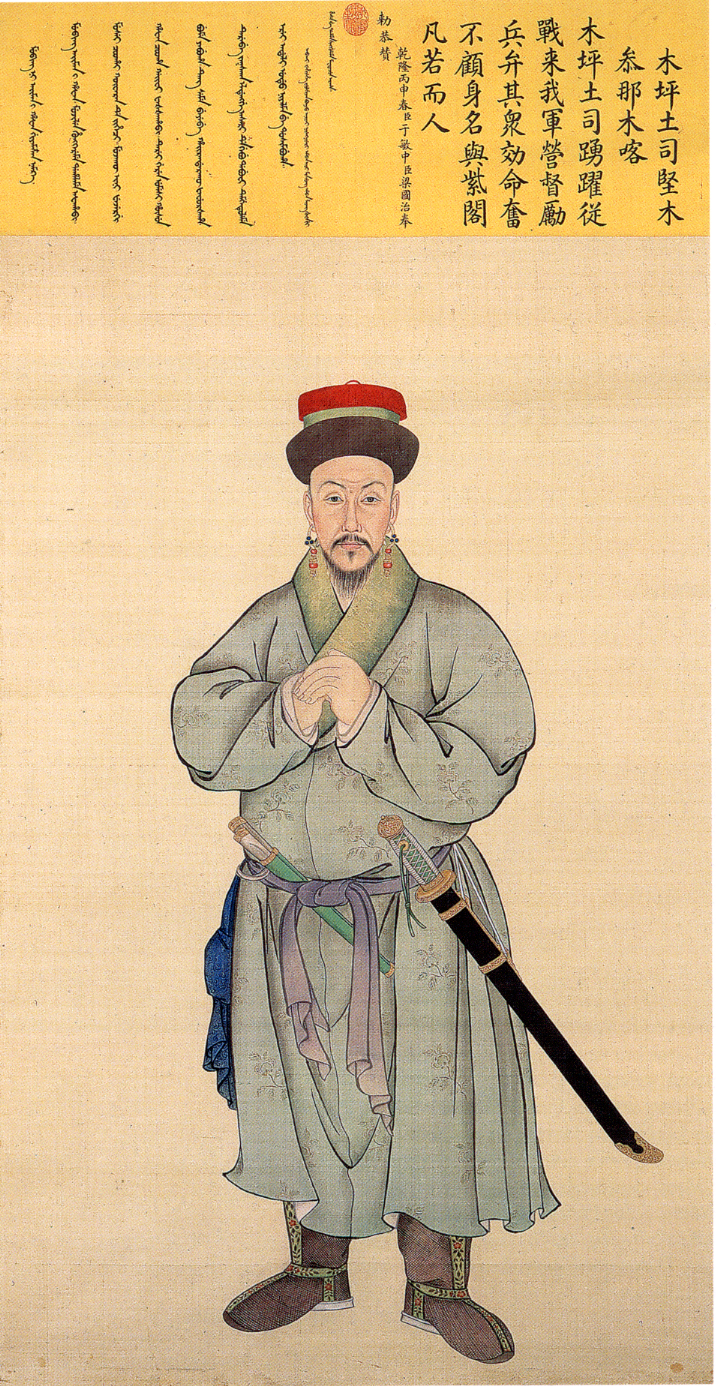 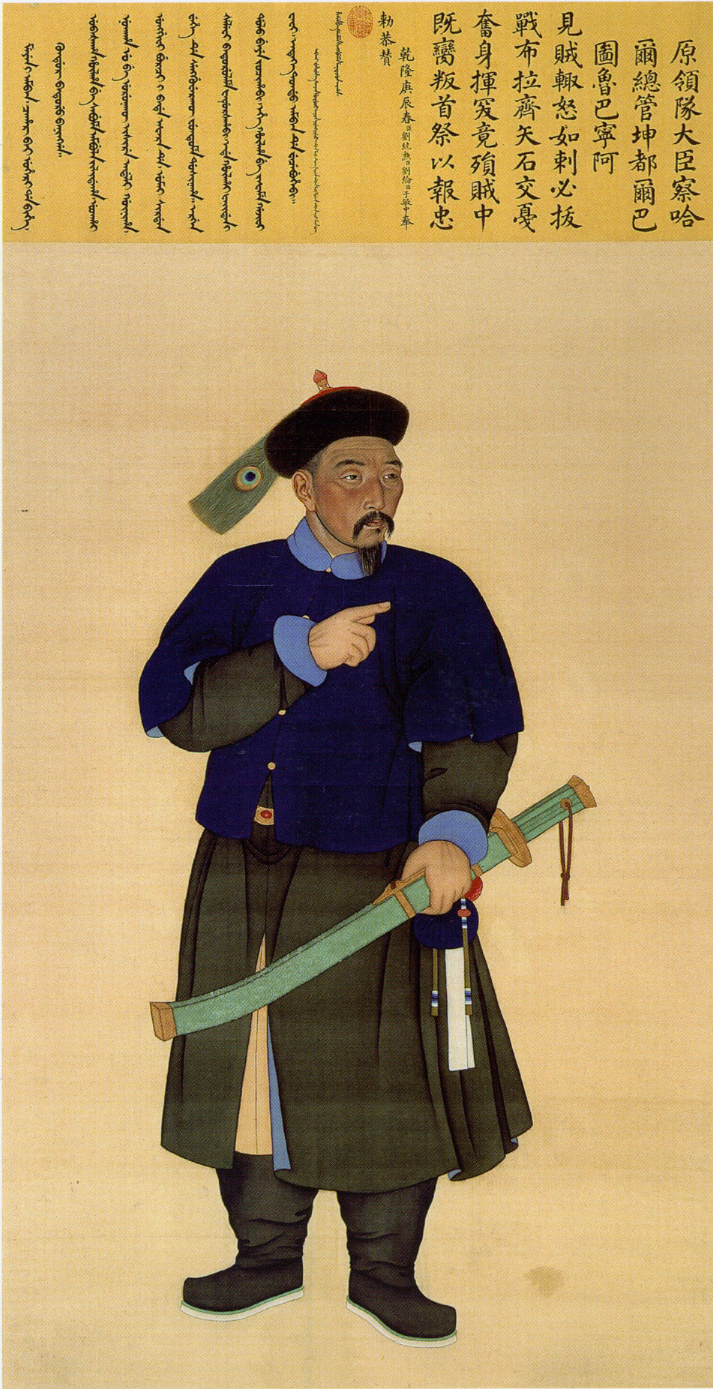 Manchu officer Baningga and his pèidāo, wearing it hilt backward in the Manchu fashion.
Deputy commander of the garrison of Chahar, he lost his life during the battle of Buraci.
This portrait was made in honor of his heroic deed.

It seems from my current research that pèidāo already was an archaic term by the Song dynasty (960–1279). In classic literature, it seems to first appear in the Shuo Yuan (說苑) of the Latter Han dynasty.1 Here, it undoubtedly described the waist-worn single-edged straight swords popular at the time, as the curved saber had not yet been invented.

A straight Chinese dao held in the Shōsō-in (正倉院) in Japan, excellently preserved since the Tang dynasty.
This is what most early texts would have meant when referring to a pèidāo.

The word pèidāo got reintroduced in the 18th century in the Huangchao Liqi Tush, a set of court regulations written under the auspices of the Qianlong emperor. The first saber described in the arms section of this work is Qianlong's personal "Heaven Series Number One", the saber he customarily wore during the Grand Review of the Troops. The entry cites the "Book of Han" by Ban Gu of the 1st century A.D.:

Vehicles and Attire: “Peidao; When traveling in a carriage the saber is decorated with golden inlaid patterns. The scabbard is half-covered with ray-skin, decorated with a pattern of golden lines. It is yellow with colorful fittings.”

The Qianlong emperor included this passage for a reason. He was from a Manchu ruling house, governing a large Chinese majority. Many Manchu customs -including wearing the saber- were considered barbaric by the Han Chinese elite, who customarily wore the jiàn. By citing this ancient Chinese reference to the pèidāo, the Qianlong emperor is saying: You see, we are not so different. It was his way of legitimizing a Manchu custom by pointing out it was part of Chinese culture in antiquity.

Pèidāo was to stay in Qing literature until the end of the dynasty but was almost exclusively used in court texts. Yāodāo is more commonly encountered in operational texts on distribution, manufacture, and maintenance of arms for the actual military. Even Qianlong's own “Imperial Grand Review Pèidāo” was cataloged by his imperial household department as a yāodāo, as can still be seen from its old tag.

A Qing imperial pèidāo with openwork mounts in gilt copper alloy.
Sold by Mandarin Mansion in 2018.

The Qing dynasty had specific regulations in place for pèidāo from soldiers to officers, all the way up to princes and the emperor himself. Many antique pèidāo don't strictly follow these regulations, for several reasons. Level of enforcement of the rules varied over time, many were private purchases that were not worn during official assemblies. They do tend to follow some general guidelines, for example, only the emperor, princes or imperial guardsmen would have precious stones in the mountings of their pèidāo while soldiers typically had plain brass mountings on theirs. 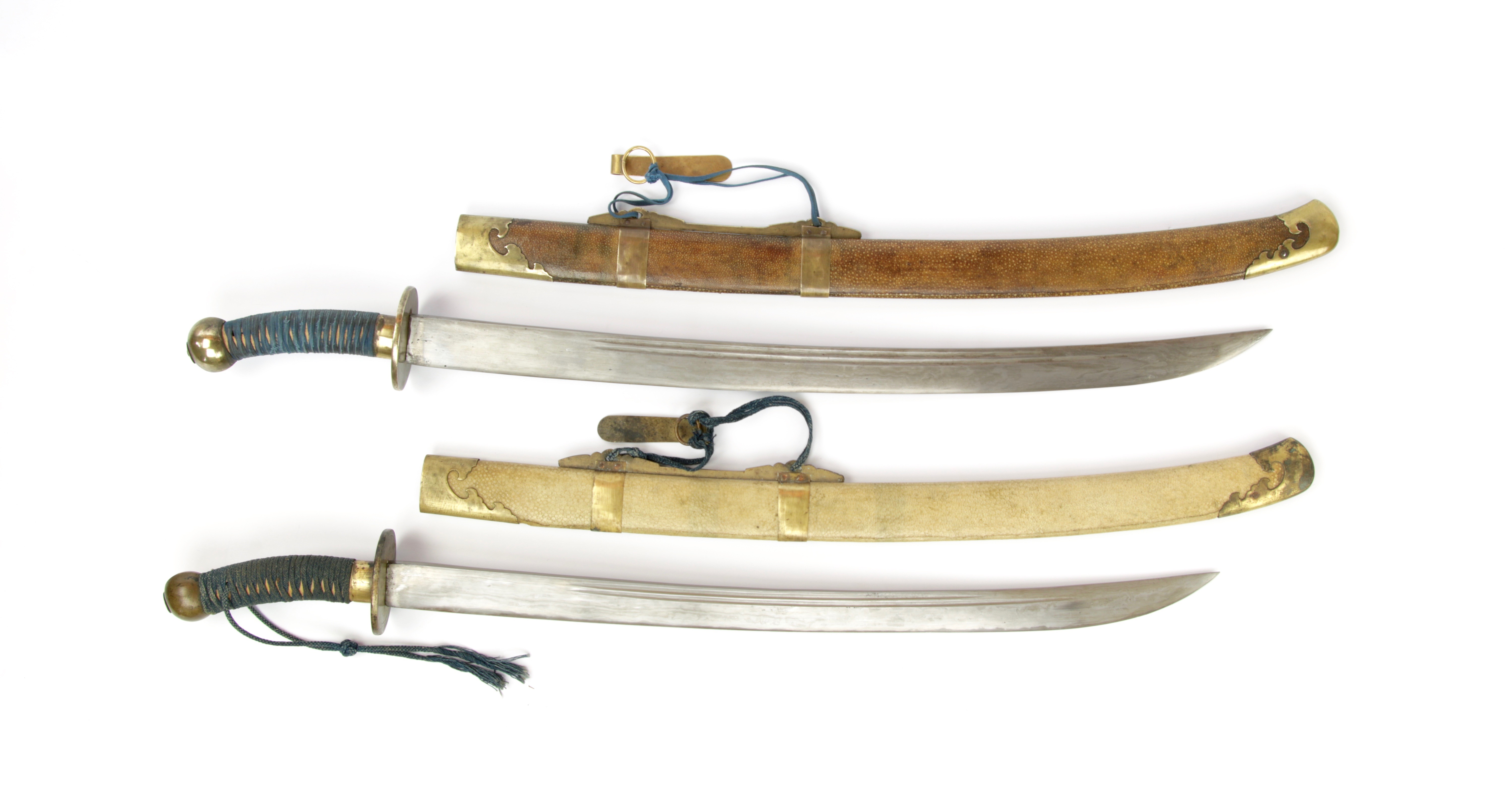 Sources
1. Liu Xiang (77–6 BCE); Shuo Yuan (說苑).
2. Ban Gu; Book of Han (漢書). 1st century A.D.
3. Pu Jiang et al., eds., Huangchao Liqi Tushi (皇朝禮器圖式), or "Illustrated Regulations on the Ceremonial Paraphernalia of the Dynasty", Palace Edition of 1766 (British Library, 15300.e.1). This version is based on a manuscript of 1759.
4. Qinding junqi zeli (欽定軍器則例) or "Imperially Commissioned Regulations and Precedents on Military Equipment" and Gongbu Junqi Zeli (工部軍器則例) or "Regulations and precedents on military equipment for the Board of Works" of 1815. A Qing imperial text dealing with the details of arms manufacture.