It is the name often used for a specific type of sword with a flamboyantly carved pommel, usually made of horn.

A rather fine but otherwise typical example of a pedang bengkok.
Sold by Mandarin Mansion in 2019.

It is not entirely clear where these originated from.

Zonneveld associates the type with Sumatra, Java and Bali. I have had one earlier with a purely Lombok blade.1

Gardner illustrates three and calls them pedang bentok, probably a mistransliteration, but does not associate them with any geographical region.2

One example is illustrated in a catalog of the Rijks Ethnografisch Museum and described as being a saber from Riau, a province on central Sumatra, bordering to its eastern coast.3

Collectors in Indonesia associate them strongly with Lombok, based on oral tradition. The name there is klewang Sasak, klewang meaning sword and Sasak referring to the Sasak people, the main population of Lombok.

Most examples in Dutch museum collections seem to have been collected on Java in the second half of the 19th century.4

Stylistically, the handles resemble work from Sumatra, especially the piercing and carving on their horn hilts, which resembles work on hilts and scabbard mounts of the better sewar daggers. At the same time, the blades sometimes have Balinese or Lombok features, while the silverwork could be Javanese or Sumatranese. Not much is known about the type, and who would wear them. They tend to be rather well made and I suspect they may have been swords perhaps worn by the upper-class, representing pan-Indonesian styles. 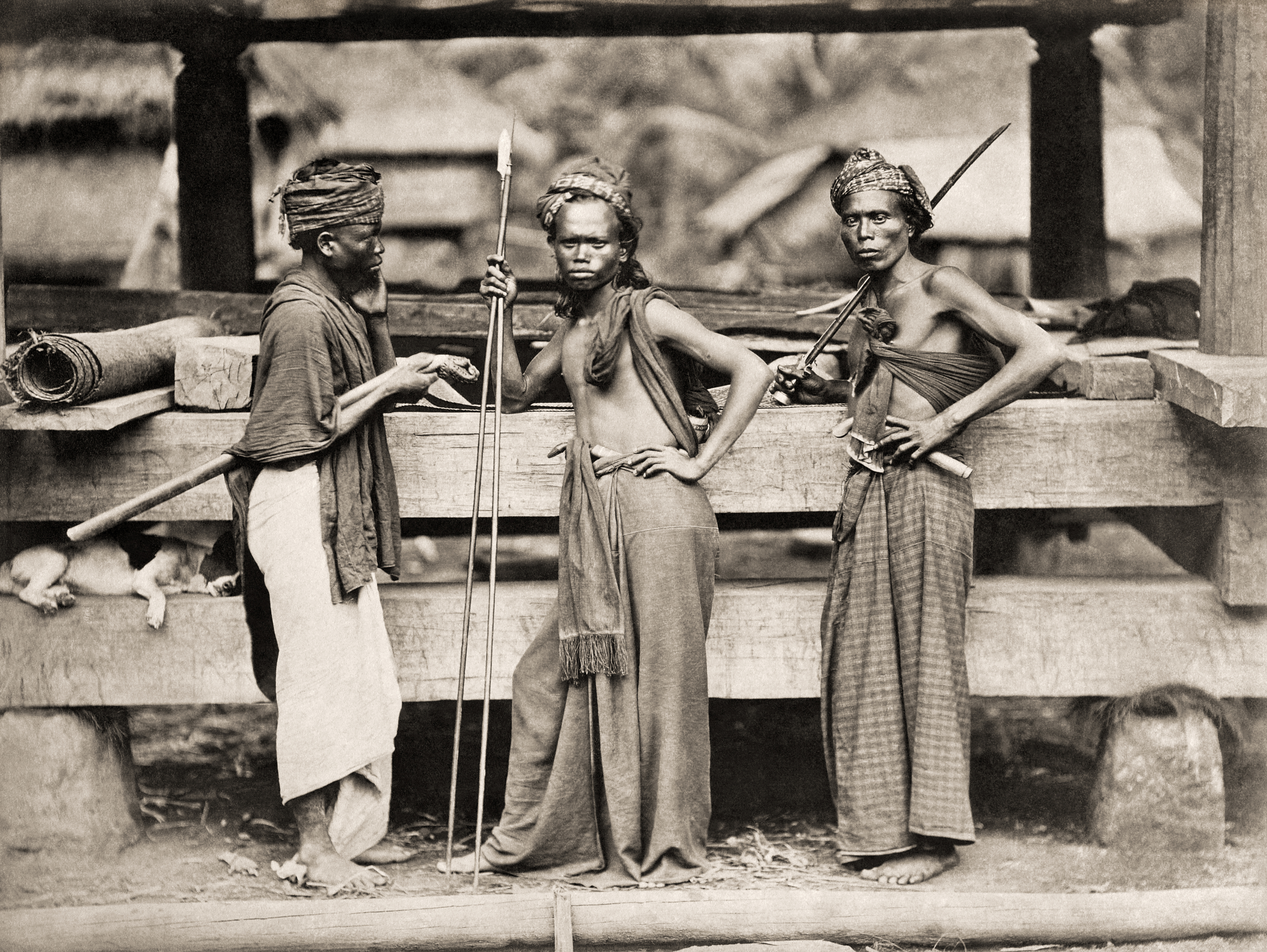 The photo above is a rare depiction of the carved horn hilts frequently found on these. It is in the hands of a Batak Warrior photographed on Sumatra in 1870. But when looking at the scabbard, we're back to the drawing board: The sword is straight and cannot be called a pedang bengkok. It cannot be a klewang Sasak either, because these men are Batak who live over a 1000 km away from the Island of Lombok.