Patá probably comes from the word patta (पत्ता) meaning "leaf". It is the name given to an Indian type of gauntlet sword.

A patá with iron gauntlet, overlaid in silver with parcel gilding in a style reminiscent of Kutch work.
Sold by Mandarin Mansion in 2019.

The patá is strongly associated with the Maratha who call it dandpatta.1 The Maratha empire (1674-1818) rose to prominence in the 17th century and defeated the long-established Mughal empire in the North. Its use was however not confined to the Marathas, and is described in use by many people of India:

"The huge gauntlet swords -Patta- used by the Nagas or military monks of Jeypore,
and by Mahrattas, have large steel gauntlets." 2

"Used by the Sikhs in their sword play, and by the Mohamedans at the festival of the Mohurrum. Also by Mahrattas of Southern India. Gauntled swords are supposed to have been used by the armies of the great Mogul, and are probably of Tatar or Turcoman origin." 3

Patá are typically quite large, often with long, springy blades that are usually double-edged, but partially single-edged examples are known. In the 17th century, the most esteemed blades were said to come from Europe, and indeed today many of them are fitted with blades with European markings, some from Solingen. Later in 1873 an observer noted that the most esteemed blades came from Lahore.4

They were used both on foot with a shield and from horseback. Cavalry use was probably confined to slashing, as a thrust would make it difficult for the wielder to remove the weapon without injuring one's arm. This is perhaps also why they are relatively flexible, as to reduce the burden on the shoulder.

A highly specialized weapon, in the 19th century, professional Marathi swordsmen would still use patá for impressive demonstrations wielding a patá in each hand.

The patá seems to be a further development from the 16th century Vijayanagara hooded katar. One branch of this evolution lost the hood, got shorter and became the dagger known as katar, which was to become one of the most popular edged weapons of India.

The patá seems to be another evolutionary branch in this same tree, becoming longer, and its hood started to enclose the whole wrist. 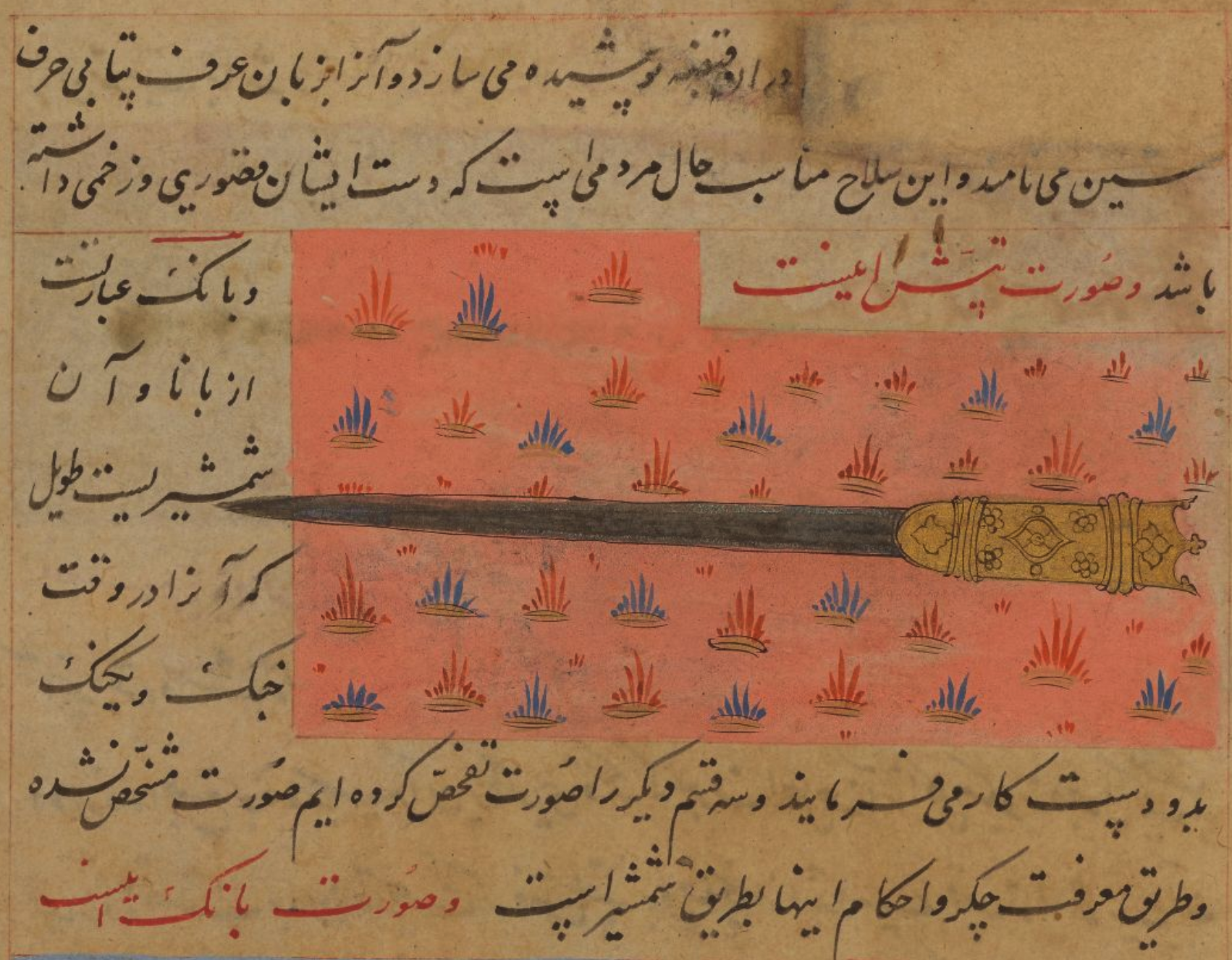 A serious weapon with a very good blade and heavy plating.