"The panglima prang also ranks to some extent as a member of the uleebalang's suite. Anyone who has distinguished himself on some few occasions as a warrior is raised (in just the same way as the panglima kaiuom), to the rank of panglima prang, a rather empty dignity if considered alone.

The weapons (sikin panjang and reunchong) which he receives from the uleebalang on his appointment, he must return to him again if he should ever embrace the cause of an enemy of the latter.

In times of peace these officers have no share in the government or administration of justice; in war the amount of confidence reposed by the uleebalang in his panglima-prang as leaders of his fighting men depends on the personal qualities of the chief himself." 1 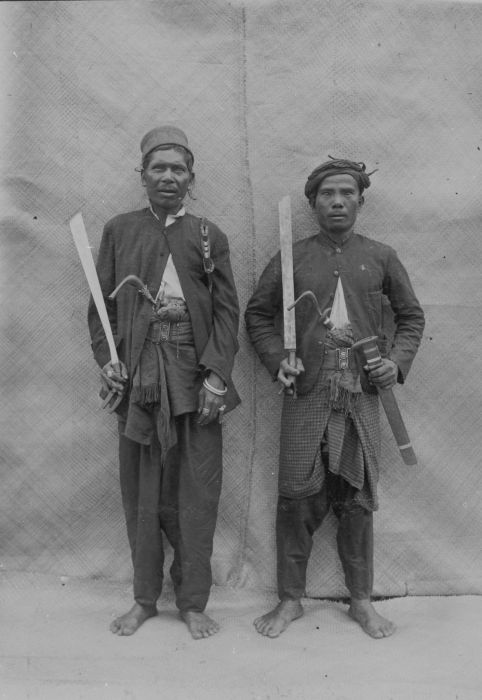 Panglima would typically carry a sikin panjang and rencong given to them at their appointment, like the man on the right in the picture above.

A sikin panjang with golden crown. A type of weapon typically carried by a panglima prang.