Manceaux was a notable French arms manufacturer who was known to make fine presentation weapons in Asian styles. Manceaux a Paris engraved on the scabbard mouth of an Ottoman style knife.

Originally from Versailles, they set up shop in Paris around 1806.

I currently know of at least two generations, Joseph-Francois Manceaux and his son Francois Jules Manceaux. Both father and son successfully applied for several patents to the design of arms and armor, from scabbards to breech loading firing mechanisms and helmets. Francois Jules Monceaux alone held some 20 patents.

Apart from innovation and manufacture of arms, Joseph-Francois Manceaux operated a depot in Paris for the Klingenthal factory. Manceaux held the sole productions rights for a saber of distinction awarded to graduating students of the prestigious École Spéciale Militaire in Saint-Cyr from 1822.

Manceaux's presentation arms manufacturing side of the business seemed to have a considerable focus on items in Ottoman aesthetics, intended for an Ottoman or North African market. We know of several nearly identical knives and sabers to be in existence. 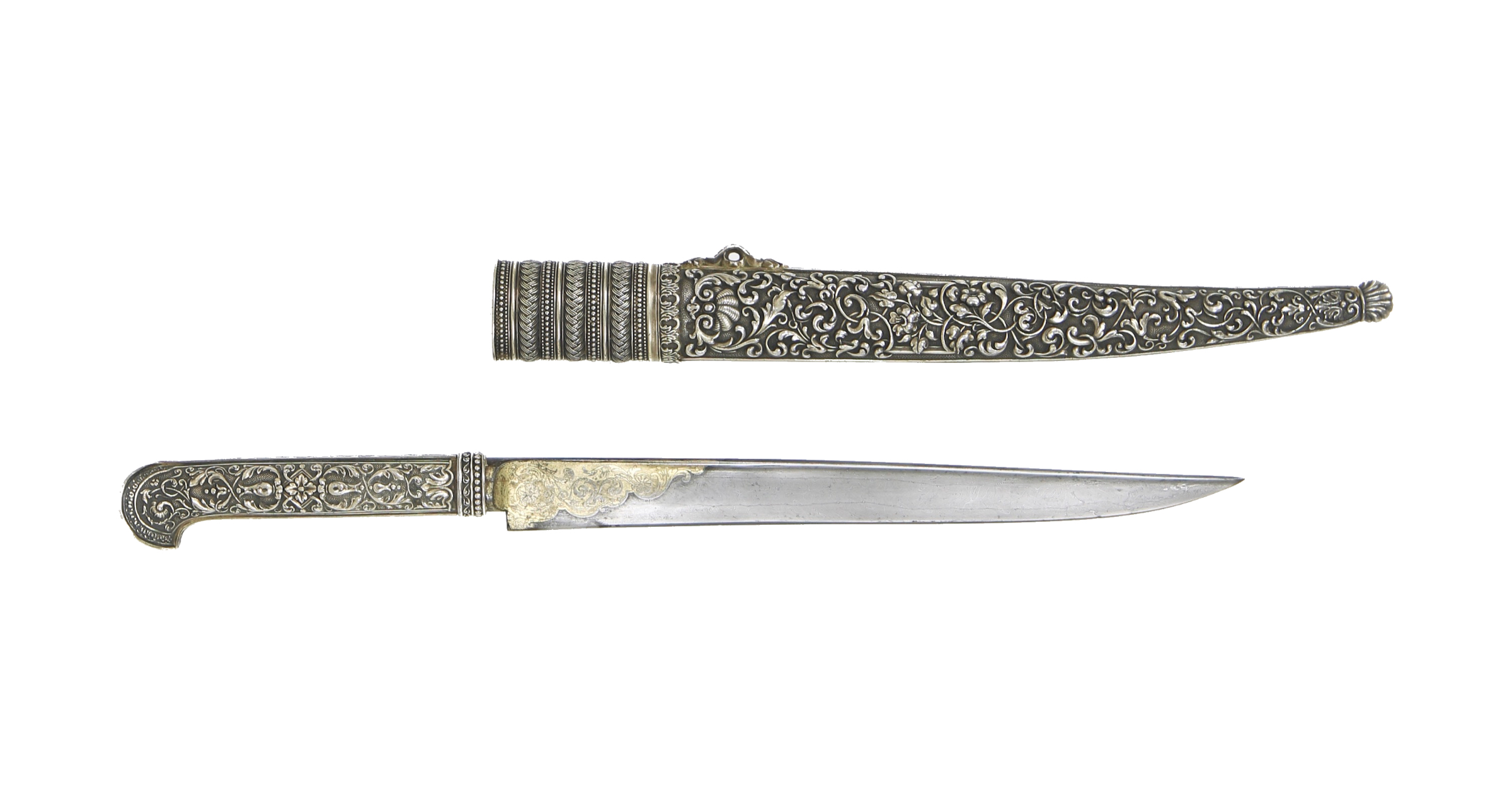 An impressive interpretation of an Ottoman style dagger by Manceaux of Paris.
Following Ottoman Balkan aesthetics, the workmanship is considerably finer than most Ottoman examples.

Knife for the Prince of Orange. Made between 1819-1838
A wonderful piece with silver mounts set with coral and turquaises. This piece was sold by Bonhams at Knightsbridge in 2016 for €11.056. Engraved on it: "Fabriquée pour le prince d'Orange par Manceaux à Paris". The Prince of Orange at the time was Willem Frederik George Lodewijk, (1792 - 1849), who would become king William II in 1840. It bears a silver mark that was only used from 1819-1838, framing its time of manufacture.

Ottoman Bichaq style knife, silver. No date.
Number 76 from Splendeur des armes Orientales is nearly identical to the one presented in this article, but with an after-market flissa blade. (Unfortunately only depicted sheathed.)5