These guards were probably mostly made for Nagasaki traders including the Dutch that used them as gifts when dealing with Japanese, but they may have also found a ready audience on the local market of curiosities.2

The style is neither purely Chinese nor Japanese, but often deliberately exotic: 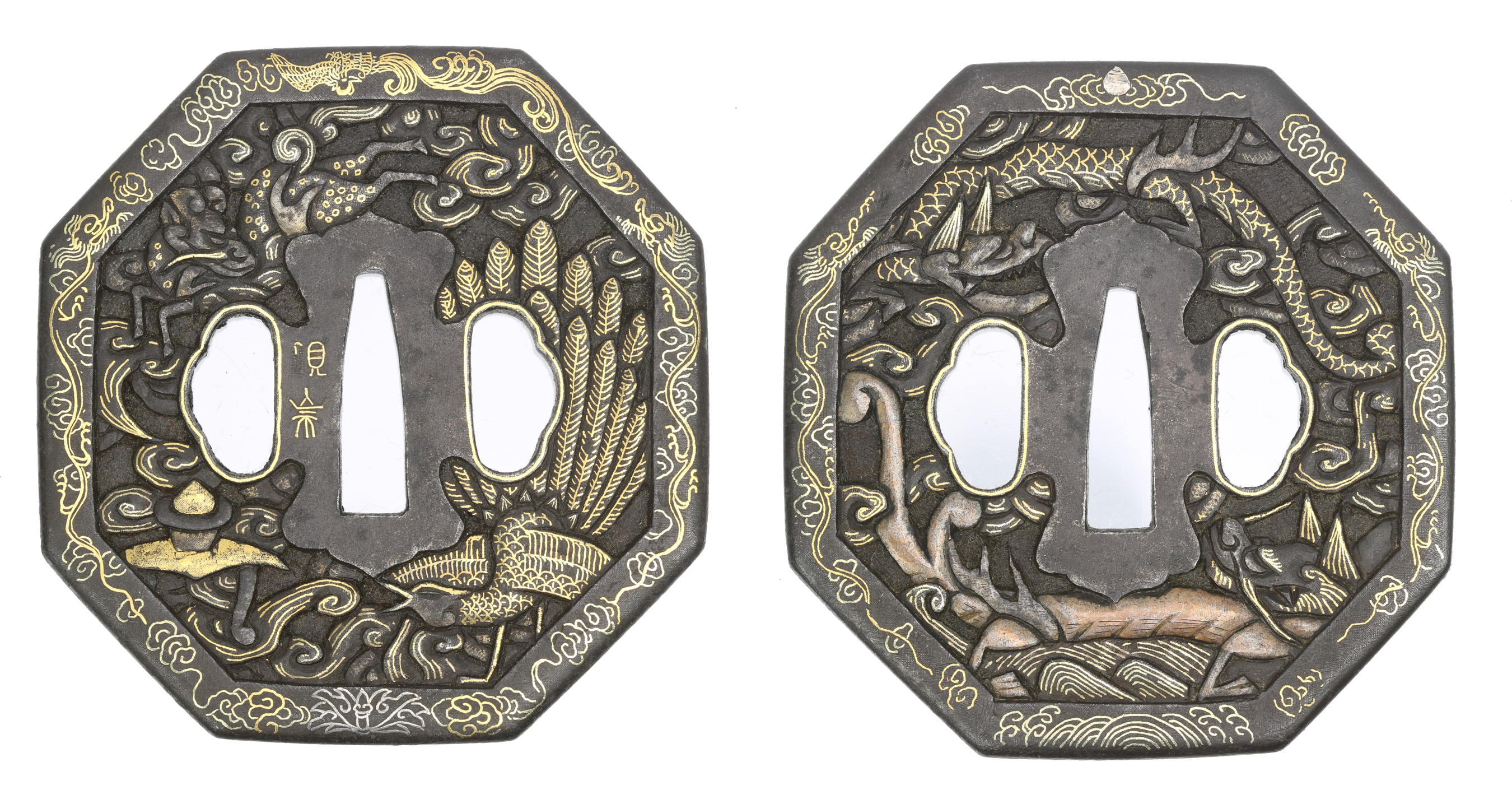 A Kiyou Toujin tsuba in my collection.
Signed Yìngqīn; "Originator of a string of pearls" probably a whimsical Chinese artist’s name.

Yoshimura Shigeta illustrates a piece similar to the above in his book Nanban Tsuba, page 10. The caption reads, Nagasaki-he gairaishita Chukokujin no saku or "Made by a Chinese who came to Nagasaki".

Another piece, nearly identical in style and workmanship, is signed Zhūjiàn (珠見) or Shubai in Japanese in the same manner. He is listed in Haynes H.08805.0 as an “artist from China” ca. 1650-1700. 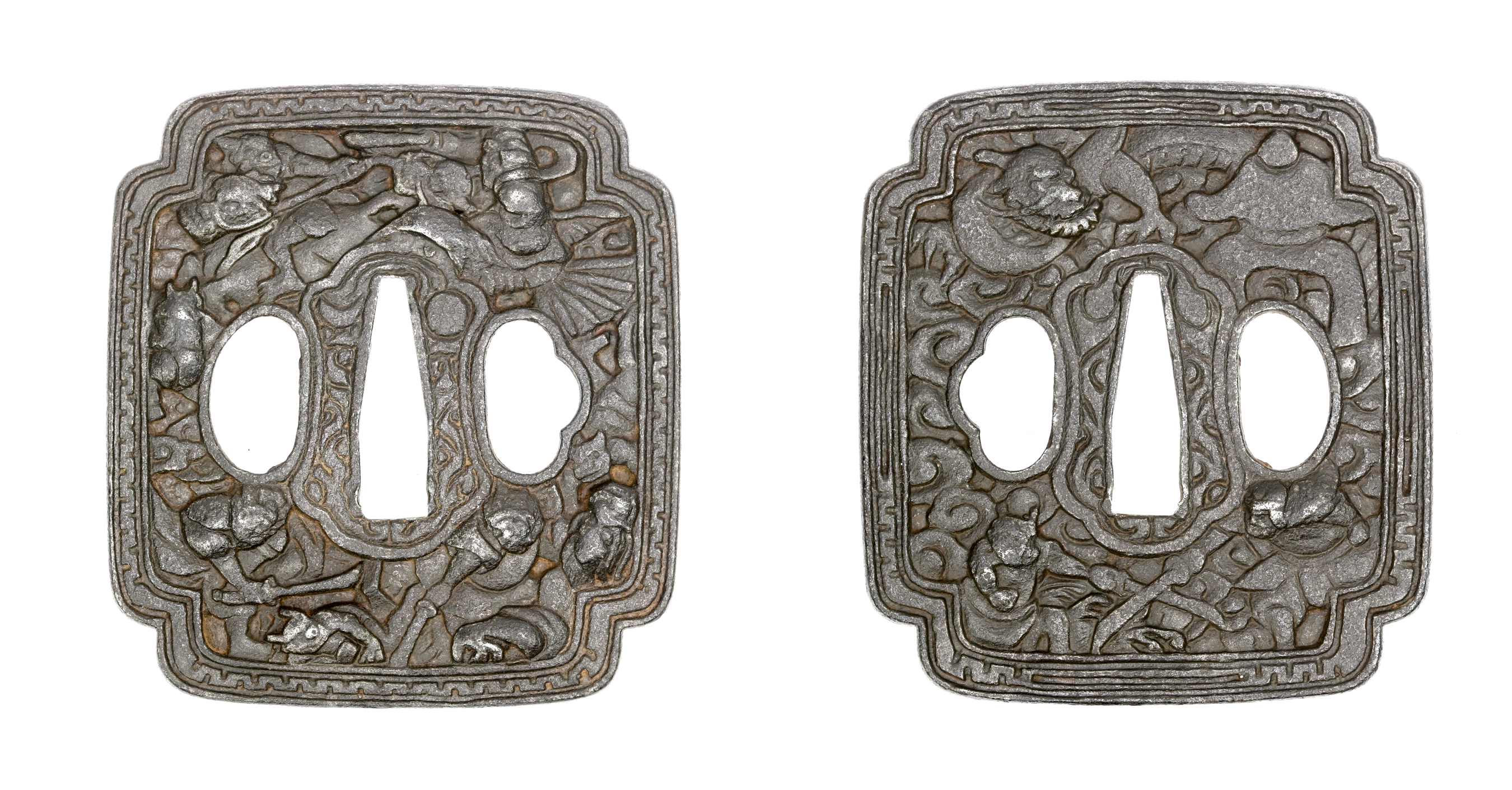 An unsigned Kiyou Toujin tsuba in my collection. Notice the non-Japanese swords used by the fighting men.
The zig-zag rim is another identifying feature of this genre.

A Kiyou Toujin tsuba in my collection (left) compared to a nearly identical example in the Behrens collection (right).

The text on the rim of the above guards is gibberish made up of partial Dutch words, possibly from a document they obtained.

Only a few signed pieces are known. All are signed with two characters done in golden or silver wire overlay. The radical 貝 is prevalent in all signatures. 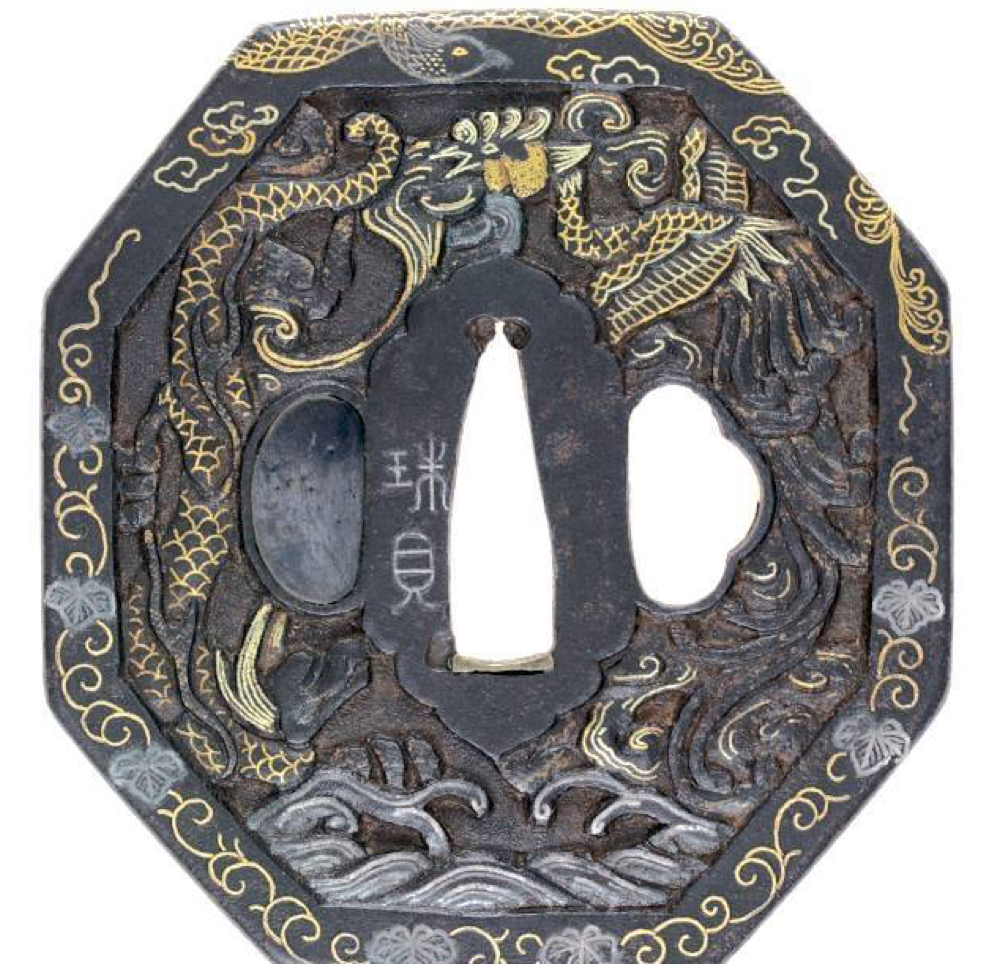 Sources:
1. The tsuba depicted above with NBTHK Hozon stating that the artist was Chinese.
2. Haynes 0.08805.0. This maker lived in Nagasaki's "Toujin Yashiki" (Chinatown) and produced sword-guards and presumably other forms of metalwork. Active around 1700. 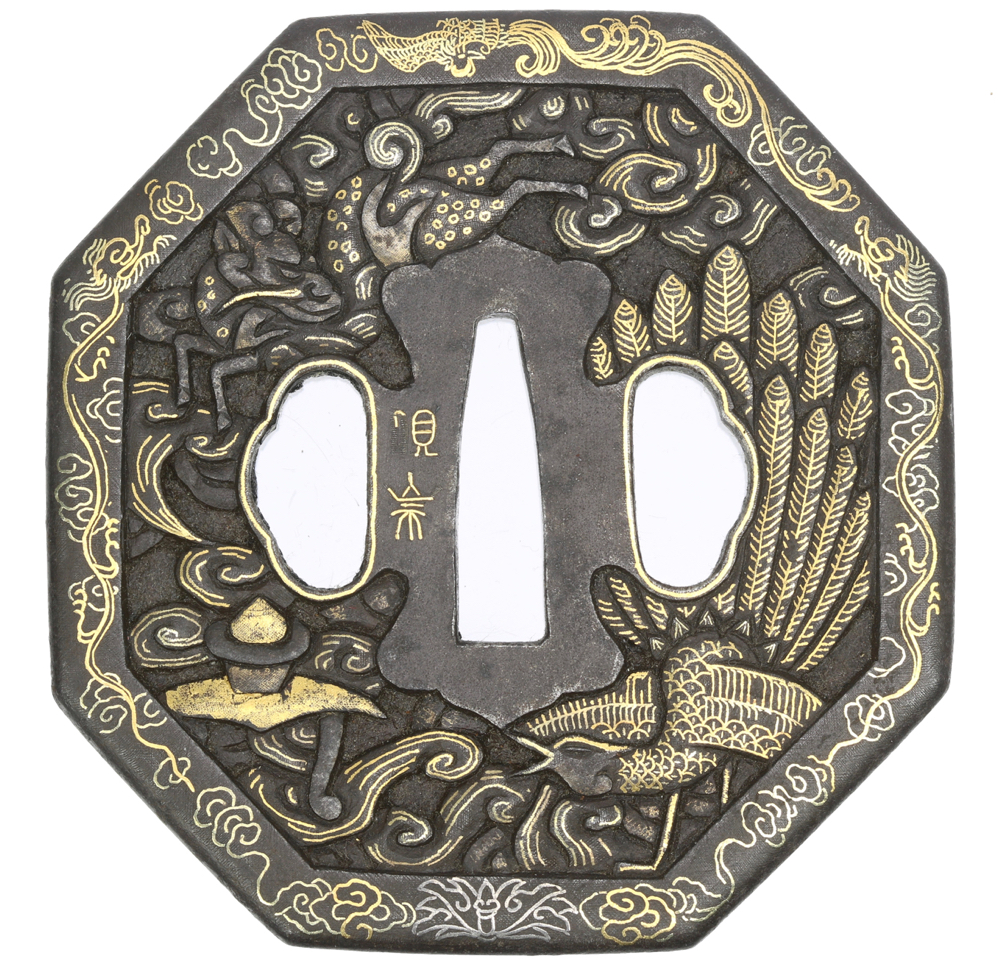 Sources:
1. The tsuba depicted above. No papers. Style and workmanship indicates close relation to Shubai. Name is not typical Japanese. 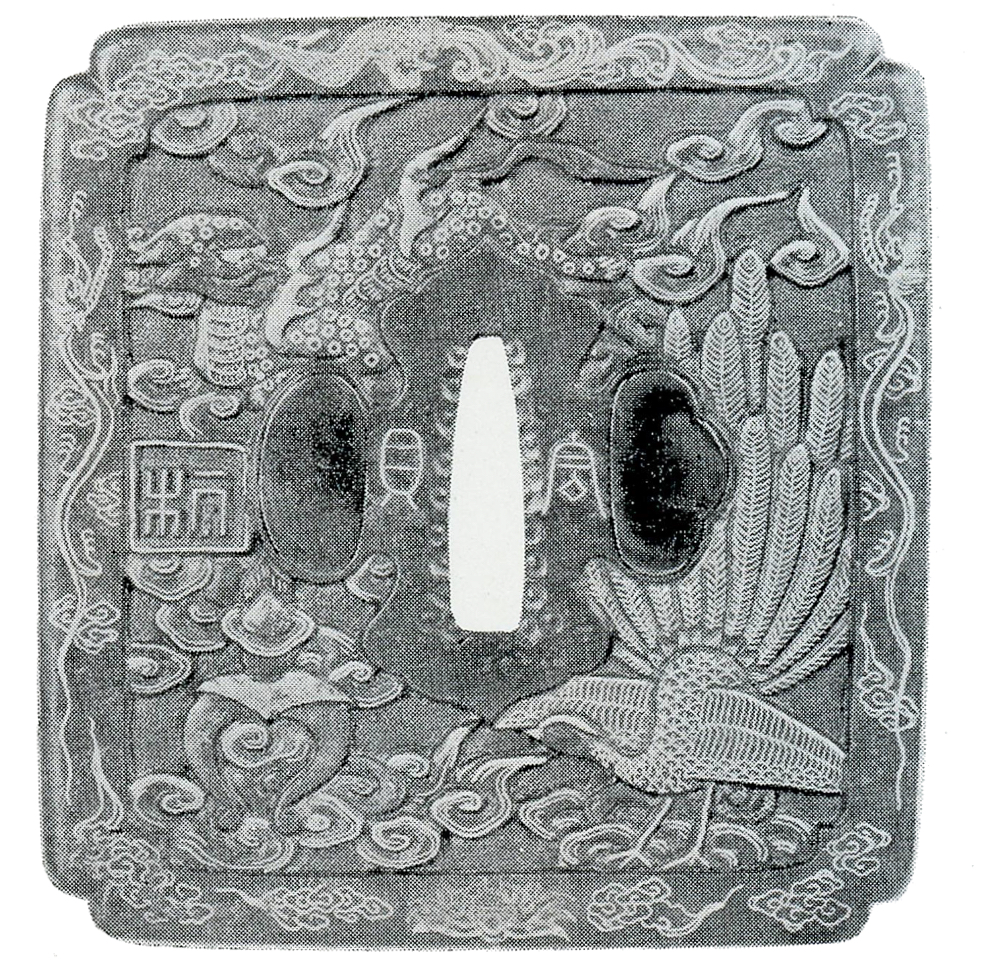 Lastly, there is a piece signed Kunihiro in the more Japanese fashion, which does bear a striking resemblance to the above group. See the piece on the Asian Export sword guards and Nanban tsuba Facebook page. No less than 10 artists who signed Kunihiro are listed in the Haynes index and there were probably more.

Seppa-dai (washer seat): Usually not oval as is the norm on Japanese work. Often with stepped petal-like top and bottom. Surface can be plain, overlaid or engraved.

Hitsu-ana (side apertures): Usually two, one for kogai and one for kozuka. Sometimes integrated into the seppa-dai outline, otherwise situated against it with a separate outline around each aperture. Highlighted in gold on some of the better examples.

Technique: Usually designs carved in relief. Sometimes including pierced work with tendrils. The better examples with overlaid and inlaid decoration in gold and silver. Fine wire overlays over a crosshatched background are often seen.

Decoration: Common motifs are a dragon on one side, phoenix on the other plus the "dragon gate" and the "flaming jewel", often amongst cloud designs. Sometimes seen: Qilin, Western script, zig-zag decorative borders.