The Ain-i-Akbari (Persian: آئینِ اکبری‎) or the "Administration of Akbar" of the 16th-century depicts three sheathed daggers with a chilanum-like shape which are called khapwa, jhanbwah and bank.

The khapwa has the characteristic ball grip often seen on chilanum.

Judging from the scabbards, the blades on the depicted daggers have a single curve in them, they do not seem to recurve as most chilanum seem to do.

(Jhanbwah is probably an alternative spelling of Jambiya, an Arabic name for a dagger.) 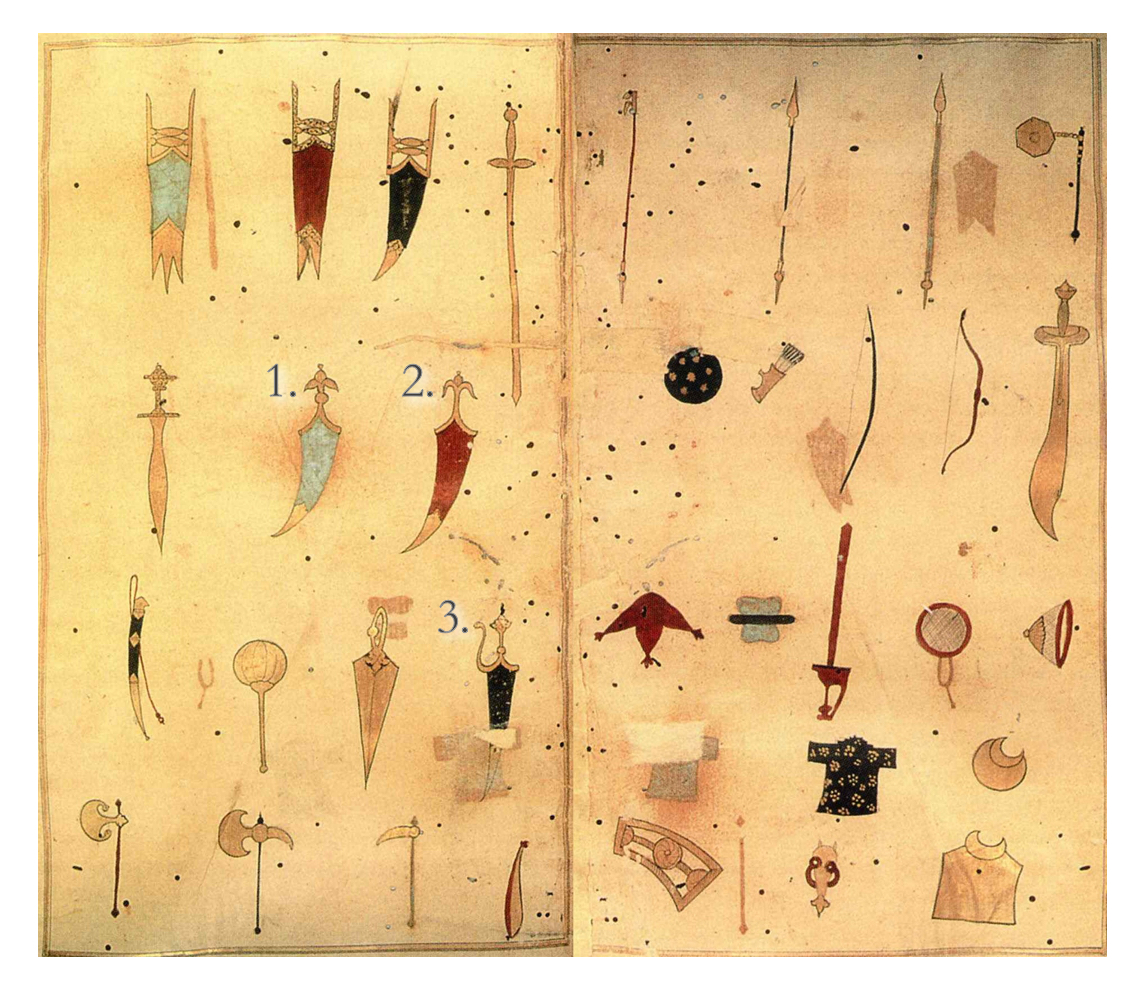 A large and heavy example with chiseled decor and silver overlaid base.