The daggers collectors and curators now widely classify as khanjarli are characterized by their recurved blade and large lunette pommels that are usually made of ivory plates. They seem to be a further development of the earlier chilanum, some of which have smaller pommels of similar shape.

Khanjarli were probably primarily worn as status symbols for the wealthy, as they all tend to be of pretty good to superb workmanship. Most seem to date from the 17th and 18th centuries. 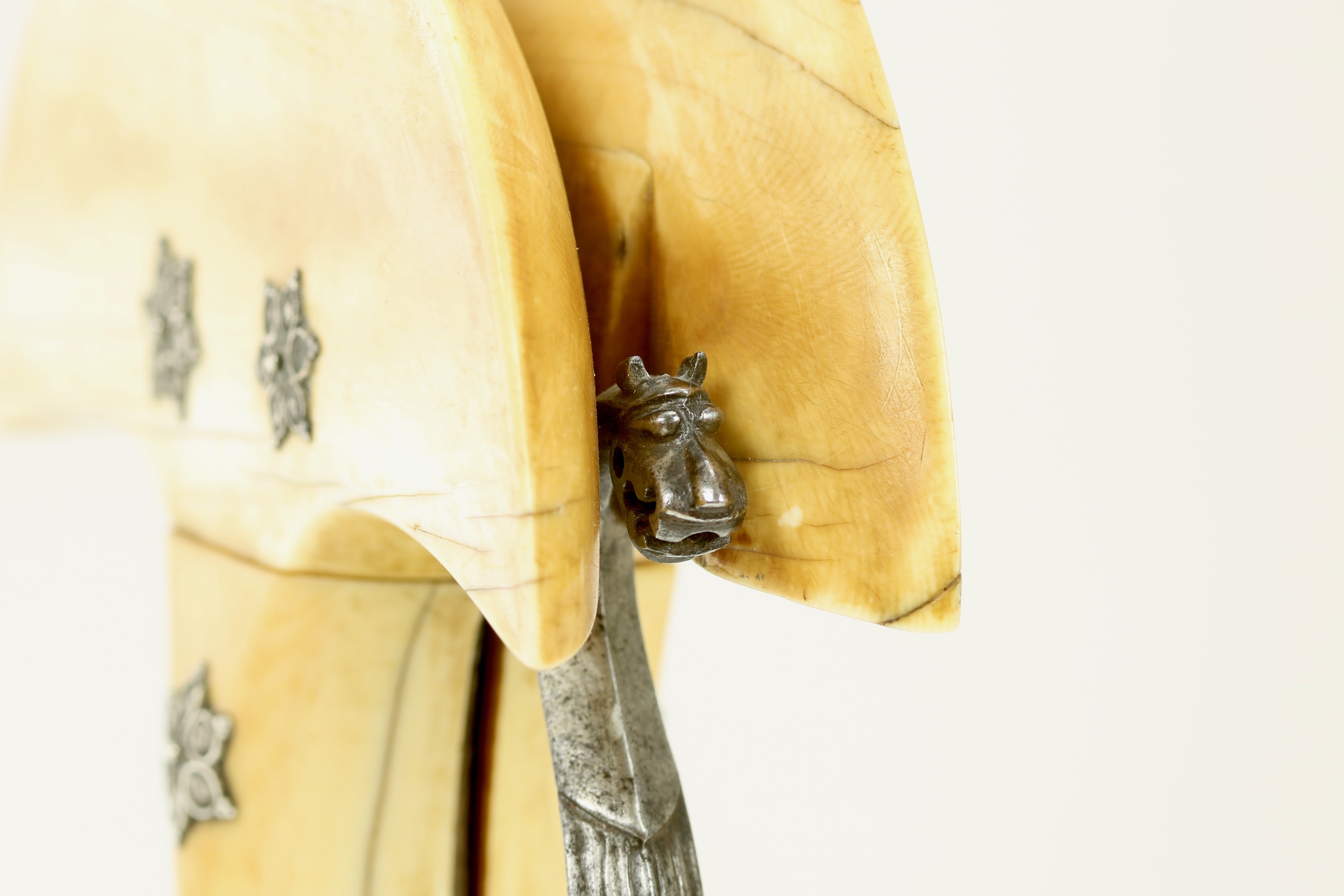 An Indian khanjarli dagger. Sold by Mandarin Mansion in 2018.

In literature, they first seem to appear in Egerton, who believed they were from Vizianagram.1 He describes a set of two of these khanjarli and a single one as khanjar. Stone notices Egerton's discrepancy in his Glossary. 2

Elgood argues that especially the ivory plated versions are more likely to be from Orissa, where there was quite an ivory industry at the time.4

Lacking a better alternative I will stick to the name khanjarli for now, as most collectors know the type by this name.

Notes
1. Lord Egerton of Tatton; Indian and Oriental Arms and Armour. Dover Publications; Revised edition, 2002. Plate X and numbers 500, 501 and 504.
2. Stone, George C.; A Glossary of the Construction, Decoration and Use of Arms and Armor: in All Countries and in All Times. (Reprint) Dover Publications, 1999.
3. Francis Joseph Steingrass; A comprehensive Persian-English dictionary, including the Arabic words and phrases to be met with in Persian literature. London, Routledge & K. Paul, 1892.
4. Elgood, Robert; Hindu arms and Ritual, Eburon Academic Publishers, Delft, 2004. Pages 179 and 202.